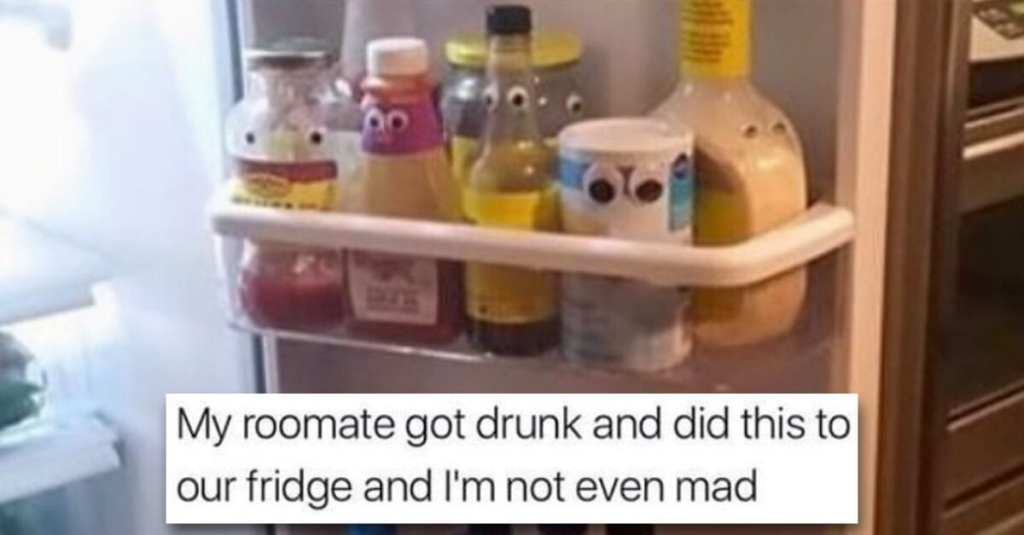 These People Belong in the Drinking Hall of Fame

But did you know that there’s a Drunk Hall of Fame?

It’s true! It’s a hallowed place where legends like the ones you’re about to meet are honored for their total and complete drunkenness and bad behavior!

And you and I both know there’s no shortage of that these days.

Do you think you have what it takes to be on the same level as these folks?

1. That’s what I call a loyal companion.

got drunk and fell asleep on the floor last night. my dog just laid there with me. she wasn’t even sleep ? pic.twitter.com/1jE6mnSelI

That’s never, ever a good idea.

??? RT @curryspic3: a friend and I were in a public washroom at a bar last night and she said “shit I want to text my ex” and 3 different girls in the bathroom stalls screamed out “don’t fucking text your ex”

3. Good thing you made it home.

And that was nice of you to respond…to yourself.

Last night I was so drunk I replied to my own text pic.twitter.com/weNp3OILqk

I think this was time well spent.

Last night I got drunk and woke up to a fake tinder I made using the girl filter pic.twitter.com/VatIxEy8FK

Footage of me drunk af last night applying concealer to my lips thinking it was lip gloss I love myself pic.twitter.com/2KS7KYduqw

He might not be super proud of that one.

7. What did you buy last night?

This is why you don't buy things when you're drunk, pic.twitter.com/pdUQGoY2gQ

No regrets here at all.

Drunk amazon shopping led to a nice surprise from drunk

I think she’s had enough.

My mother is drunk. I walked in to the kitchen to find her having aligned the potatoes in size order. pic.twitter.com/Mu5qaZ65

10. Hahahaha. This is amazing.

I wonder if this booty call worked?

Glad to see that you’re back at it!

my sister finally drank after 9 months of being pregnant and this is what happens??? I am crying pic.twitter.com/JvY62dJBLn

Your roommate did a good thing.

What’s the stupidest thing you’ve ever done while you were drunk?