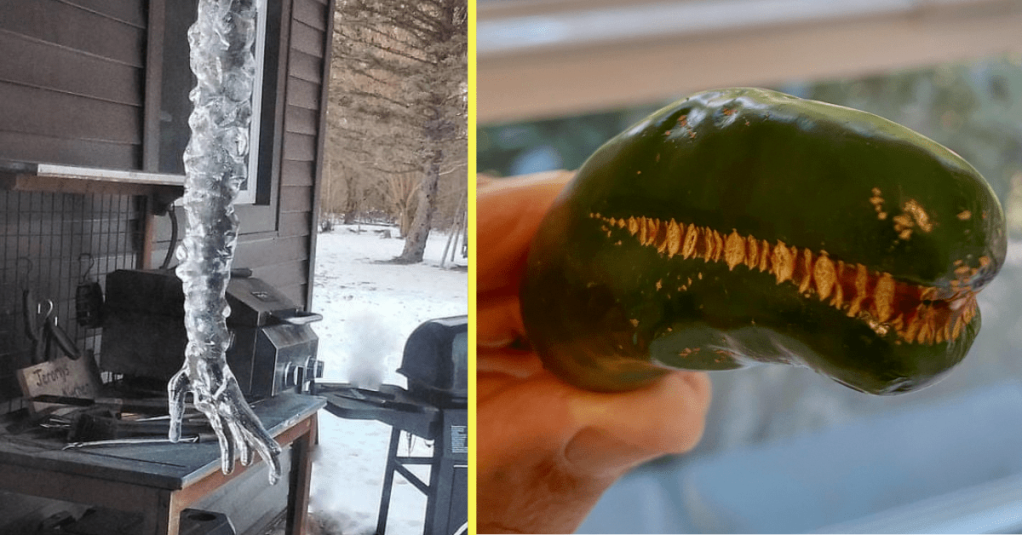 Do you know what pareidolia is?

Pareidolia is when you think you see something in an image but it isn’t really there. Like seeing a face on a wall, or seeing Jesus on a piece of toast, or something like that.

We all experience this phenomenon once in a while, and here are some really great examples of what I’m talking about.

1. The hand of death is reaching out for you.

Sometimes Mother Nature can be creepy. (Chesaning, MI) from pics

2. Do not disturb that little owl.

Well, if this isn’t the cutest thing I’ve ever seen…

I totally saw a man running into the wooods. Until I looked again. Do you see it? pic.twitter.com/JdCF768pze

4. Of course a cat would be responsible for that.

We tried to warn you…

My coffee art today is a cat letting off an atomic bomb pic.twitter.com/uCNJ8plZ5E

And I think he has a pretty cool beard…

6. I think I’d be pretty creeped out if I stumbled upon this thing in the woods.

This rock that looks like a severed head from mildlyinteresting

Do you think the dog realizes this?

8. Be careful when you put that thing in your mouth.

You should get a second opinion.

My brain MRI looks like the Grinch. from funny

Cat formed by cracks above my light switch from Pareidolia

You can’t escape me!

If so, tell us about what you’ve seen lately in the comments.