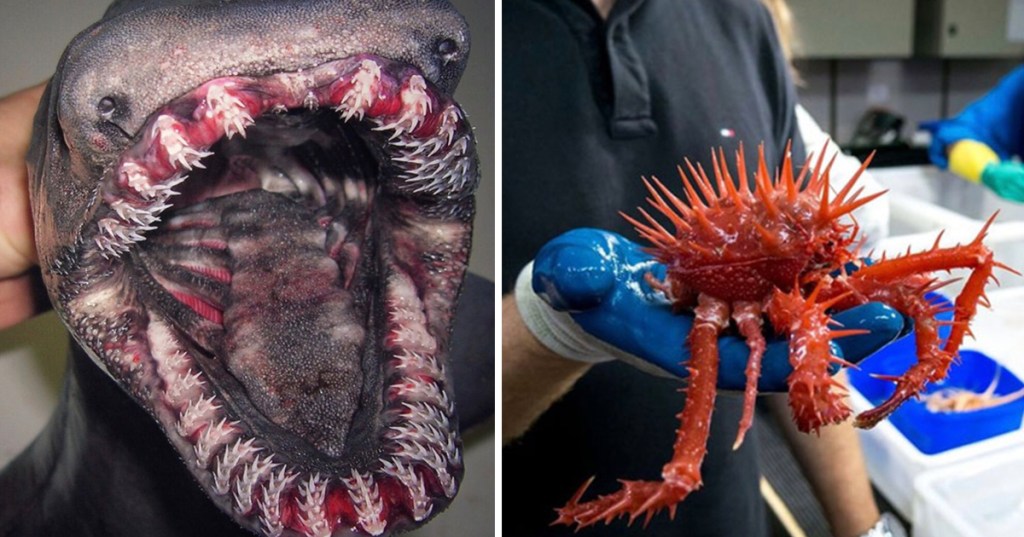 Scientists Share The Nightmares They Found 16,000 Ft. Below The Ocean’s Surface

Part of the appeal of the science-fiction genre is that it can show you fantastical creatures unlike anything on Earth–unless you count deep-sea fish. Because it turns out creatures that live far below the ocean’s surface are just strange as anything you’d see in Star Wars.

Last year, an Australian research voyage called “Sampling the Abyss” collected over 100 species of fish that live up to 4,800 meters below the ocean’s surface–that’s almost three miles underwater, for the metrically challenged. “The abyss is the largest and deepest habitat on the planet, covering half the world’s oceans and one third of Australia’s territory, but it remains the most unexplored environment on Earth,” said Alastair Graham of the Australian National Fish Collection.

When water gets that deep, no light reaches the ocean floor. As a result, the sea creatures that live at that depth adapted to live without the sun. Some get by without eyes, or even a face!

Words really don’t do these fish justice, so you should check them out below, along with some descriptions of their lives and habits. (via Bored Panda and Museums Victoria).

And if you ever manage to go to sleep again, you’re made of stronger stuff than we are. 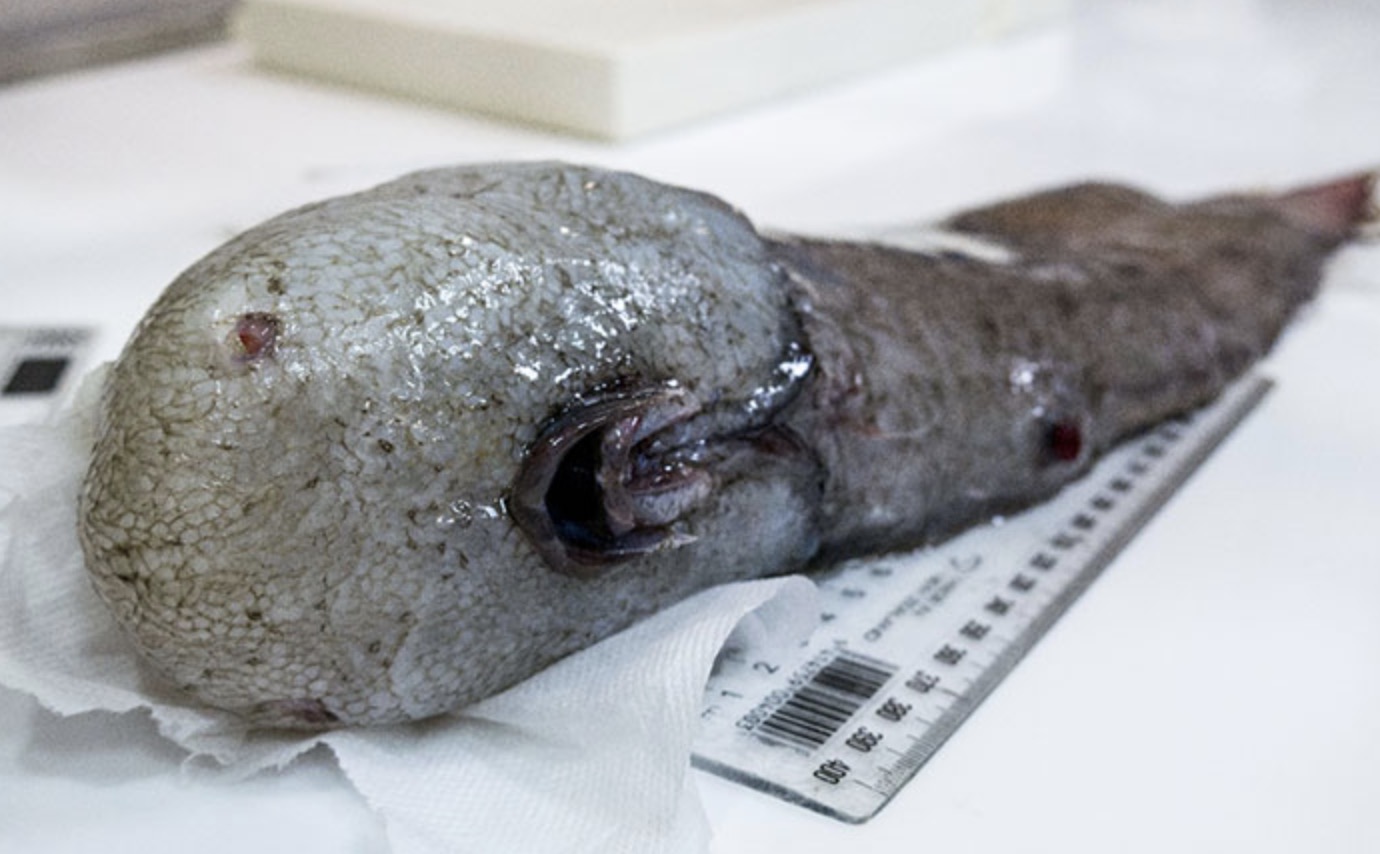 “With no eyes, the ‘faceless’ fish was found four kilometres below the surface. The species was first collected in the northern Coral Sea more than 140 years ago during the voyage of HMS Challenger, the world’s first round-the-world oceanographic expedition. It has been rediscovered in Australia after more than a century.” 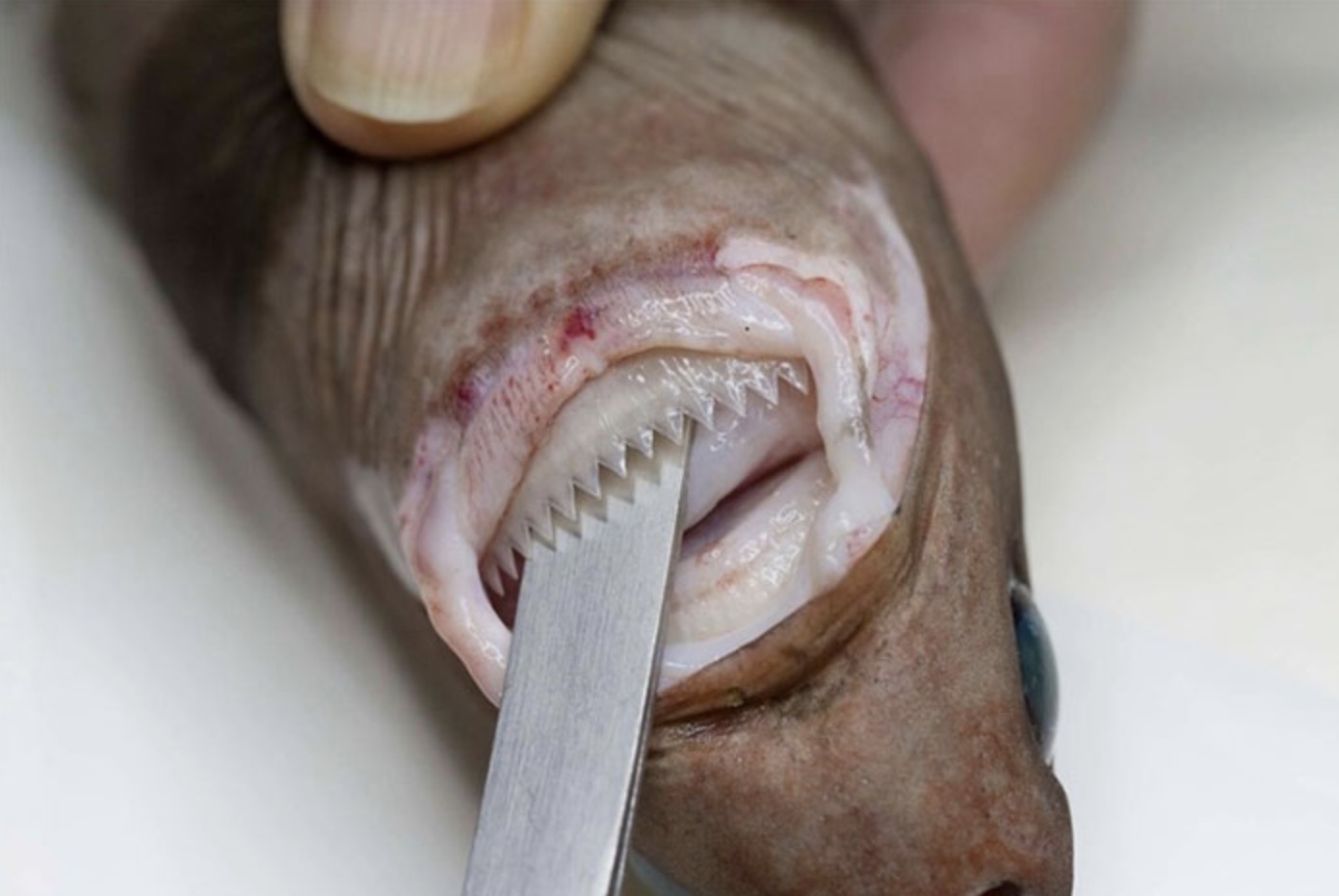 “This nasty little bioluminescent shark, with its neatly arranged serrated teeth, inhabits the oceanic ‘twilight zone’ in depths of up to 1,000 metres. It preys on big fishes, whales, dolphins and the occasional unfortunate swimmer, latching onto them before gouging out cookie-sized chunks of flesh.” 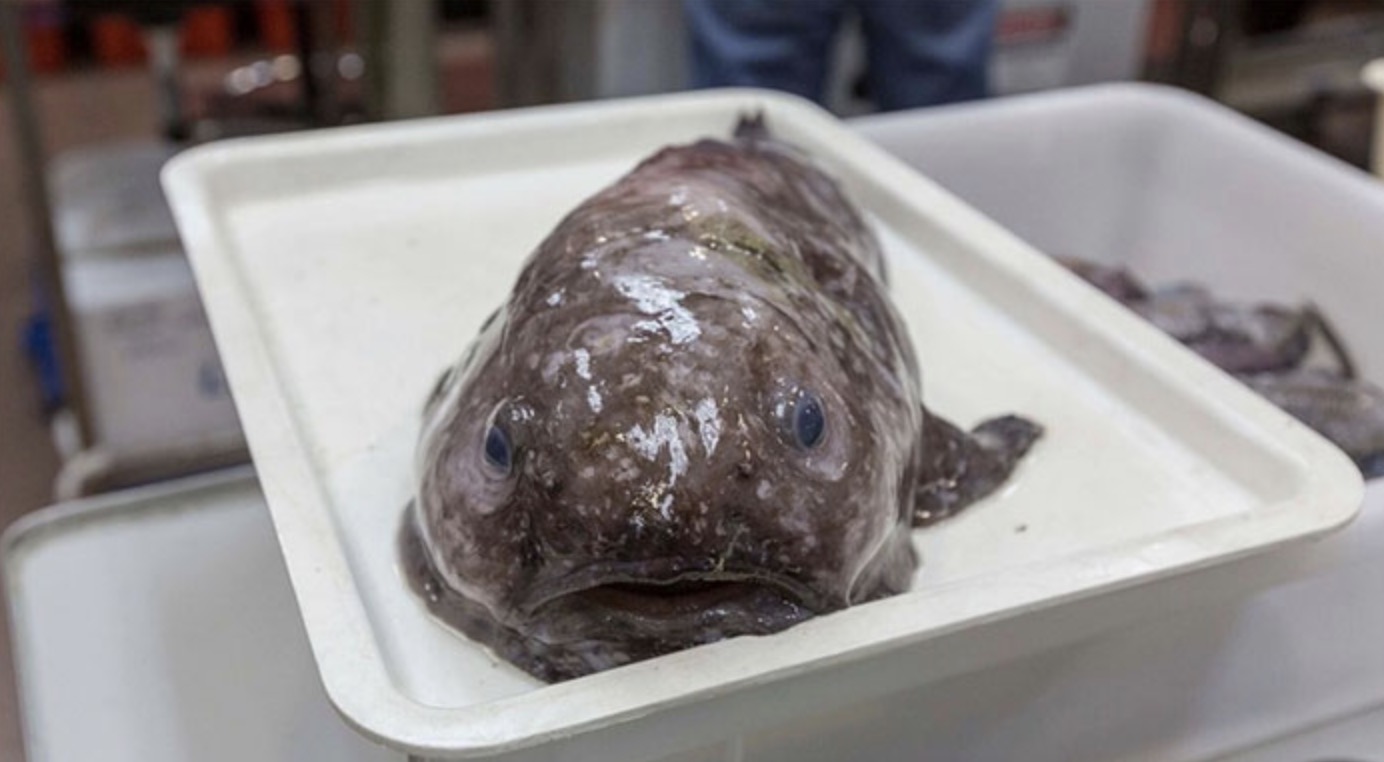 “This blob fish was collected from a depth of 2.5 kilometres off New South Wales. It has soft watery flesh and is an ambush predator that lies very still on the bottom, waiting for unsuspecting prey to pass by.” 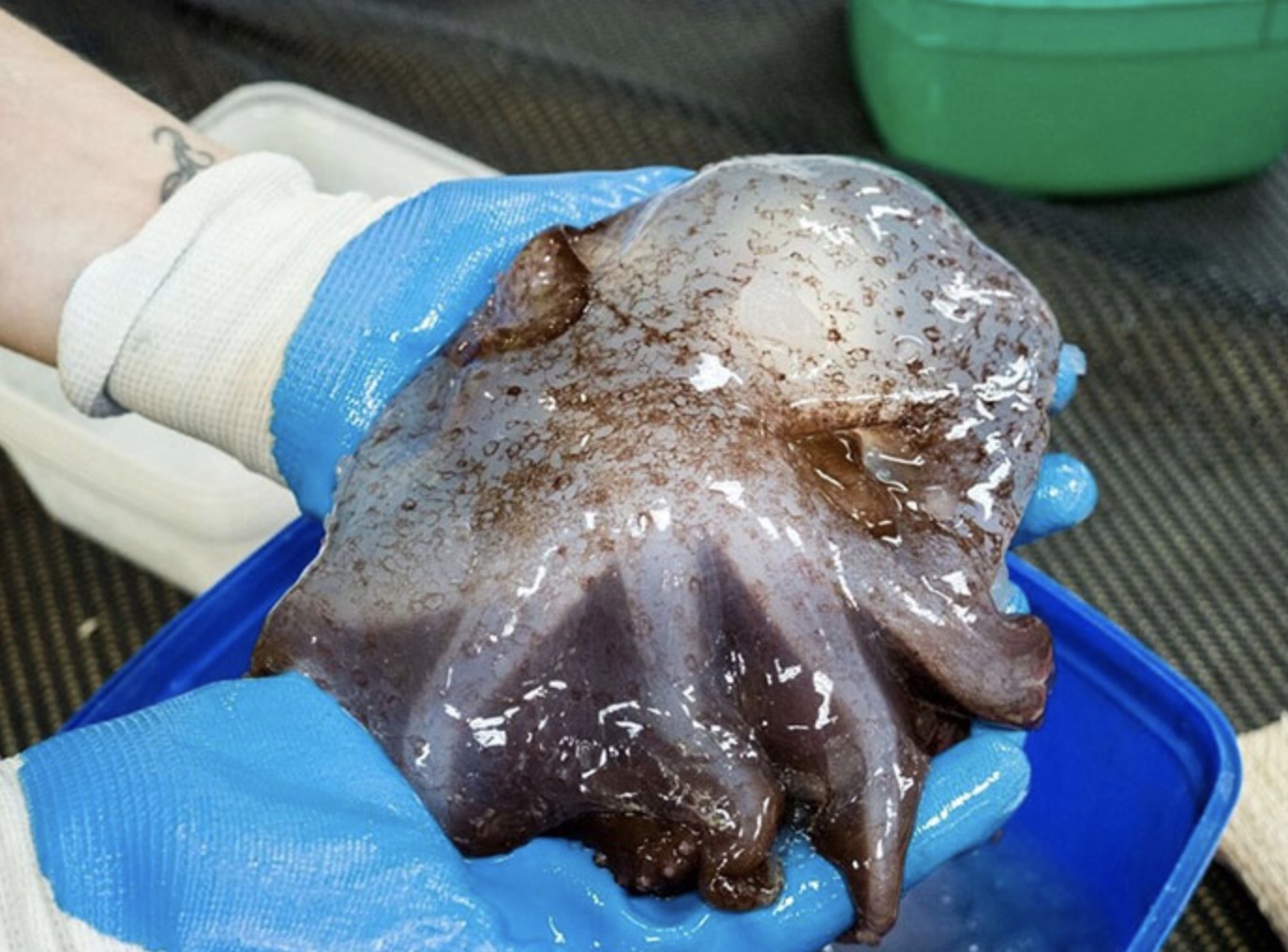 “Dumbo octopus flap their ear-like fins, just like the Disney character of the same name, except this animal flaps its ears to glide gracefully through the deep, dark abyss.” 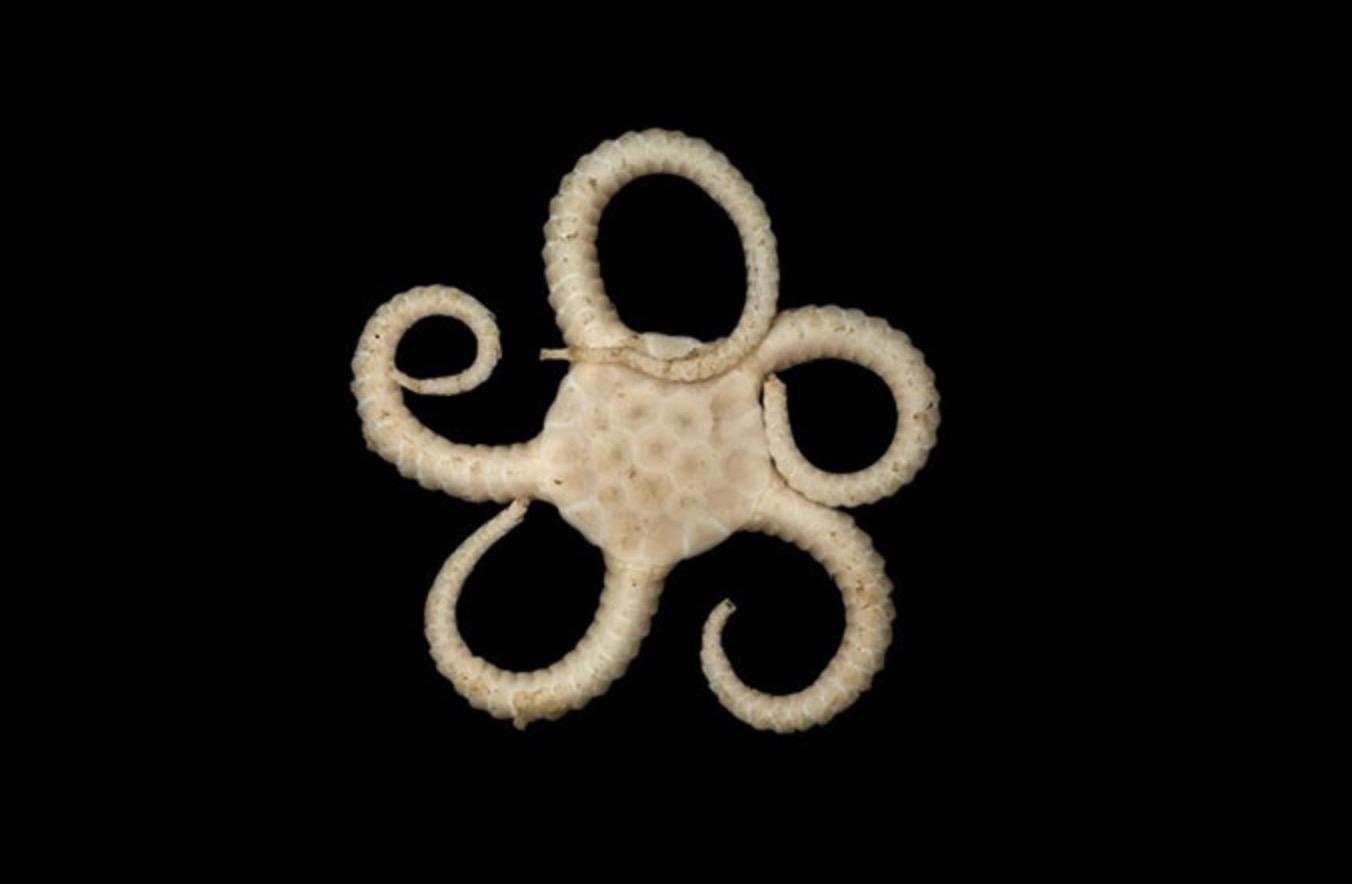 “The brittle star can be found right across the globe from Siberia in the north to Antarctica in the south, yet we know almost nothing about them.” 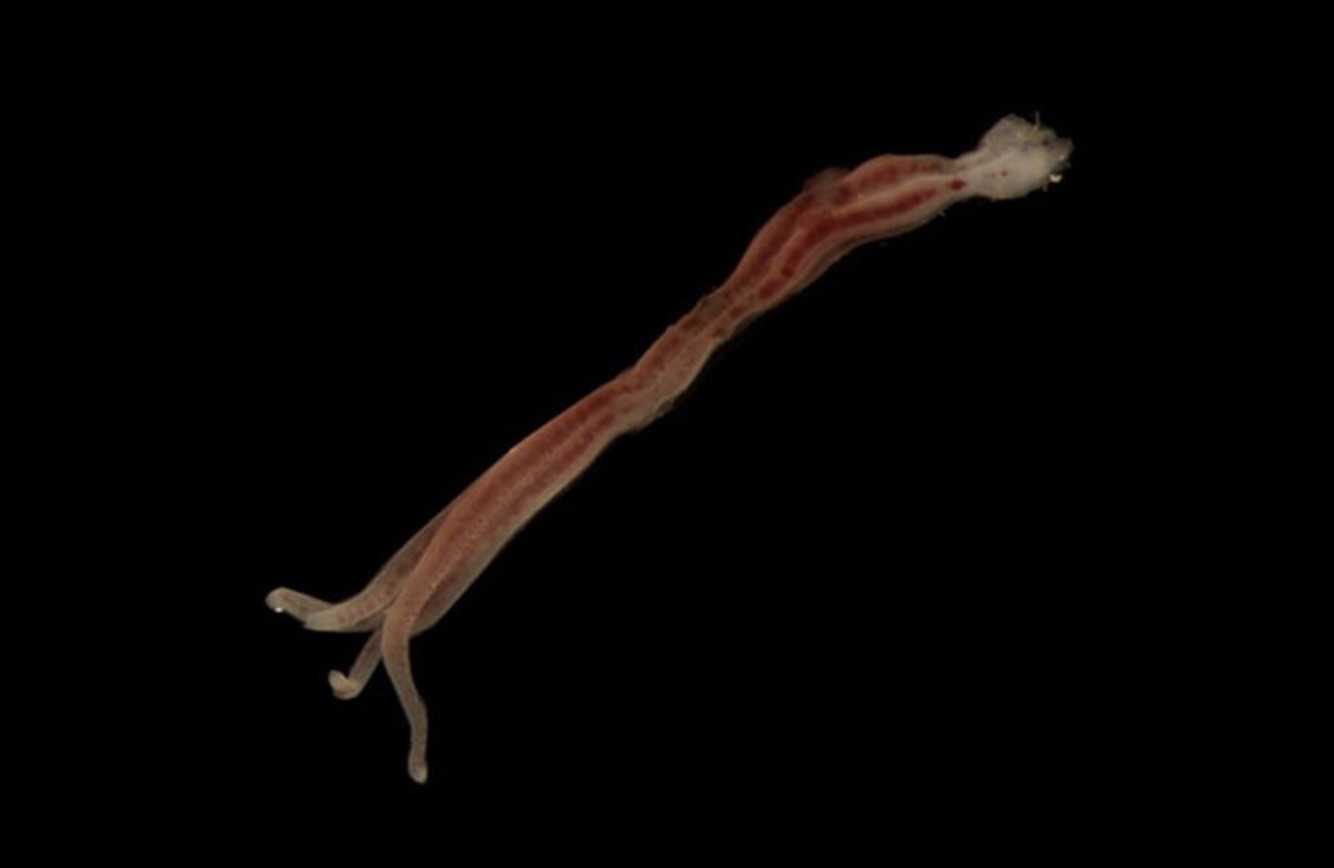 “Zombie worms (Osedax) are commonly found in the decaying remains of whales on the ocean floor, burrowing into their bones to reach the sustenance within. With no functioning mouths, guts or anuses, they have bacteria that digest the grisly remains for them.” 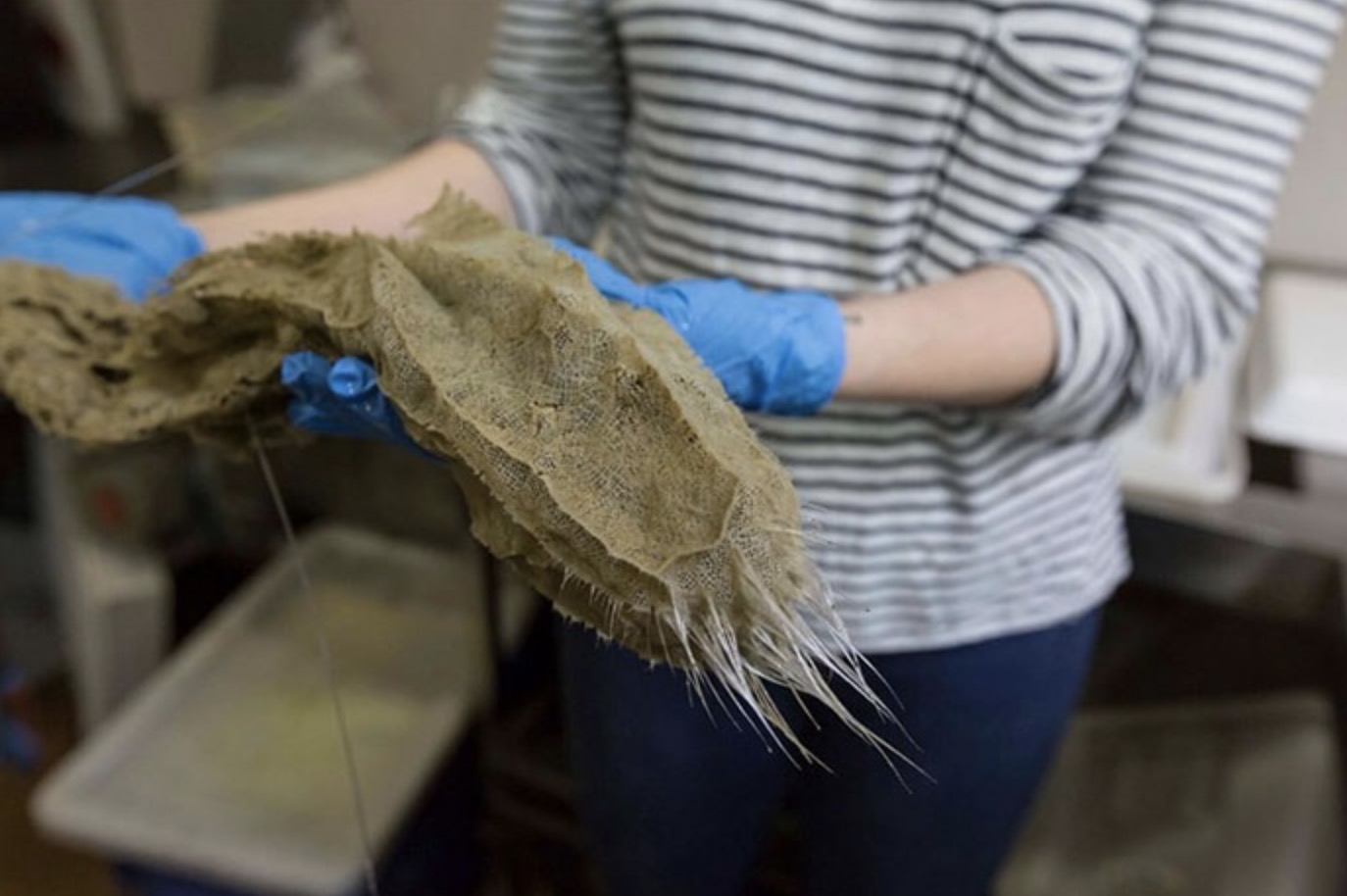 “These incredible glass sponges have a skeleton made of a lattice of silica filaments, some of which can be up to a metre long. They feed by sifting bacteria and other single-celled organisms from the water gently passing over their delicate glass housing.” 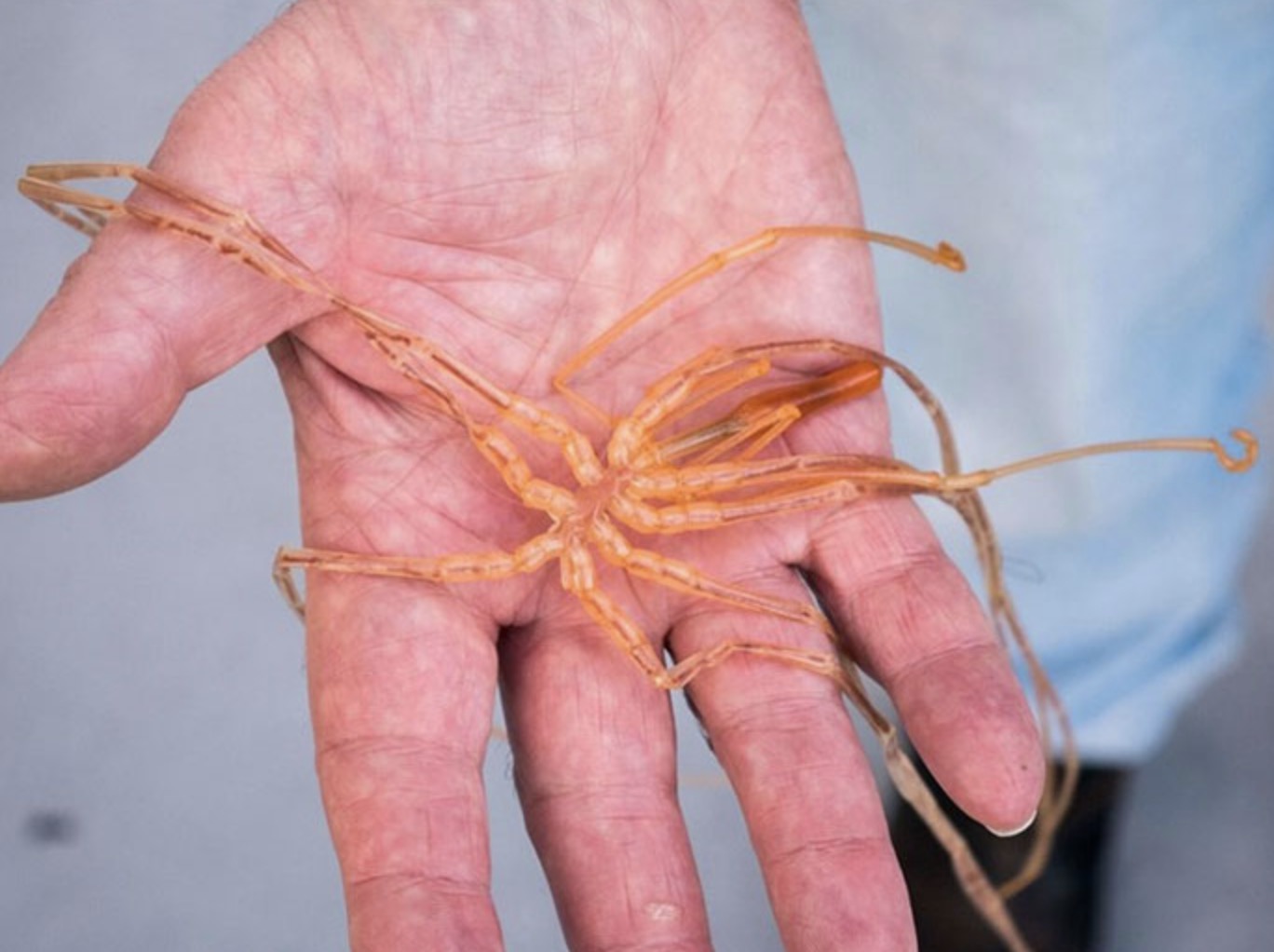 “These alien lifeforms are not actually spiders at all but one of the oldest arthropods to grace planet Earth. Simplicity is their motto, being little more than a tube within a tube. Many sea spiders have legs that glow in the dark.” 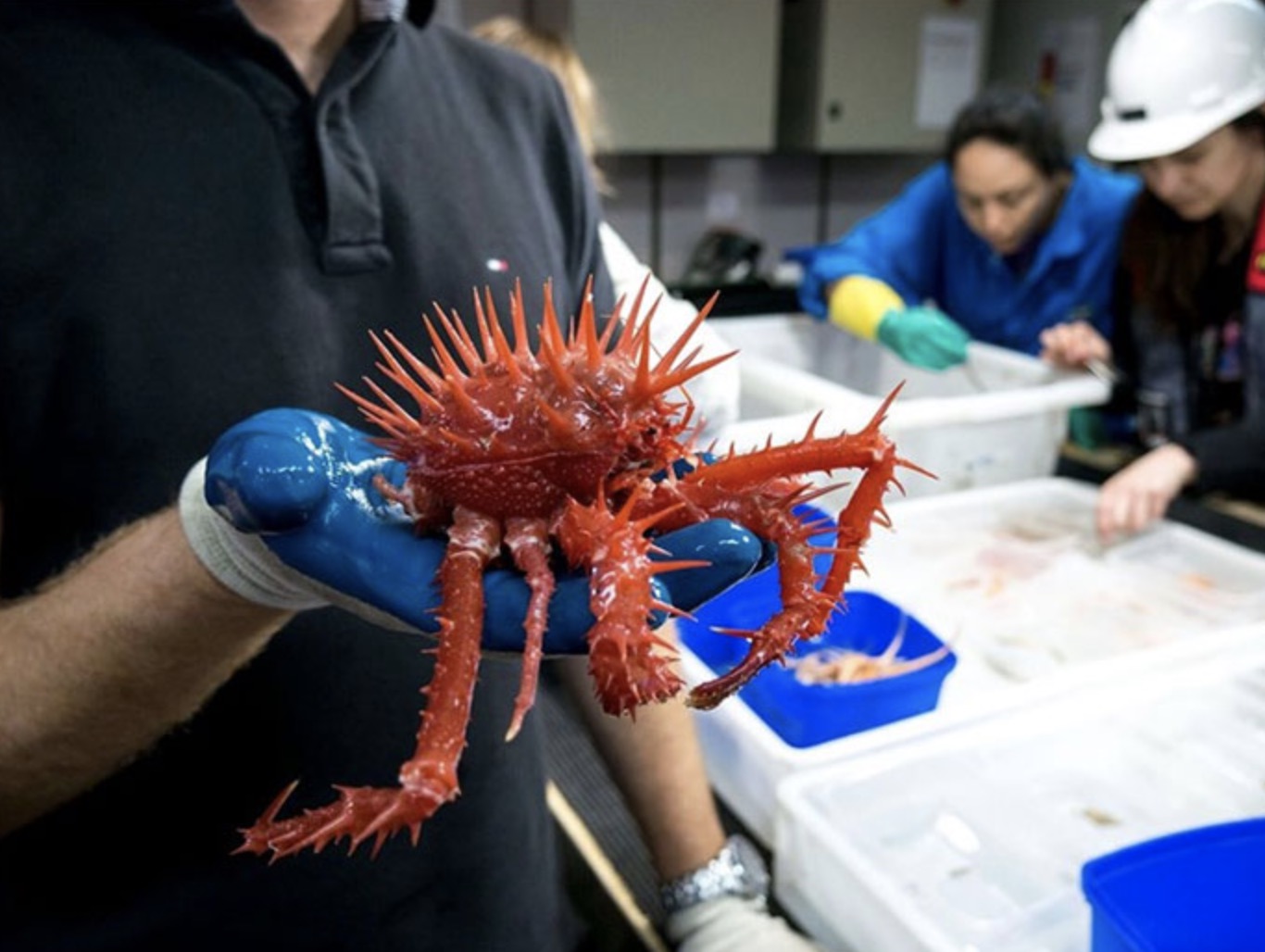 “This bright red spiny crab sports an armour of spikes which protect it from the dangers of the deep. These are not actually true crabs but related more to hermit crabs – although this hermit has traded in its shell for gnarly spikes.” 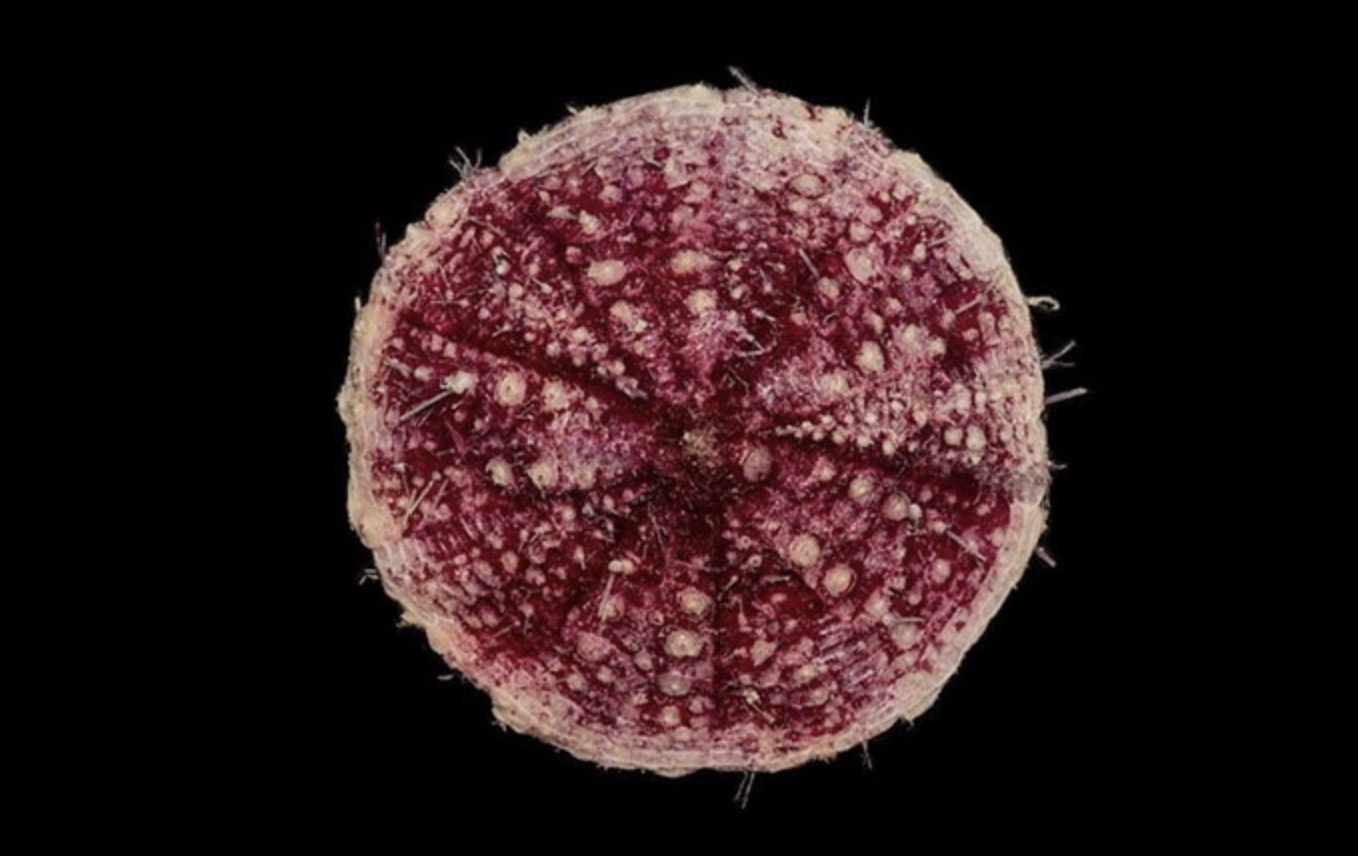 “These round discs of concentrated urchin are not actually flat in their natural habitat.” 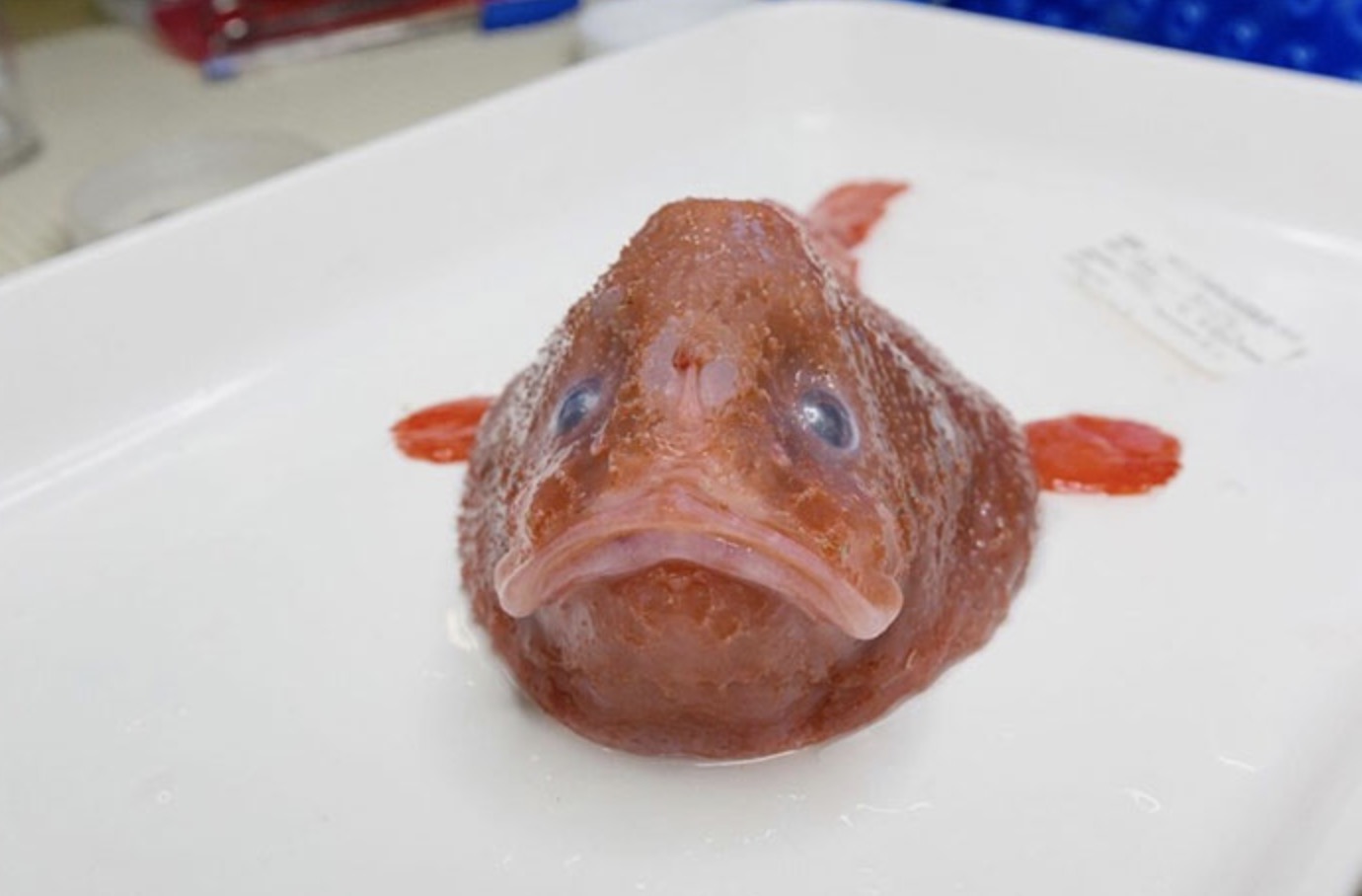 “This mysterious little deep-sea coffinfish, with its bluish eyes and red feet, belongs to the anglerfish group. It is potentially a new species.” 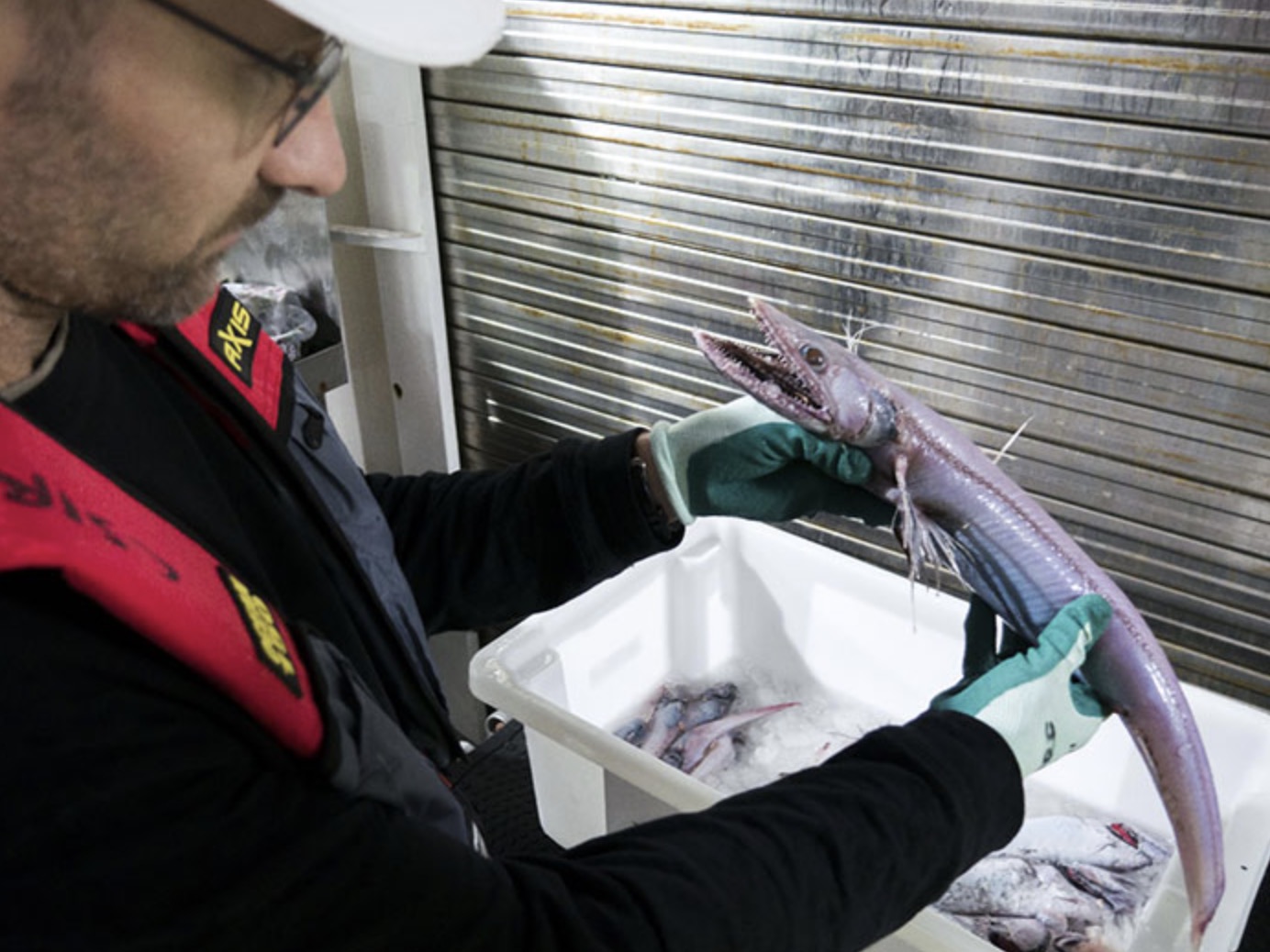 “Being the dominant predator of the depths isn’t easy though: at depths of 1000–2500 metres there is very little food, so lizard fish are few are far between to maximise scarce resources.” 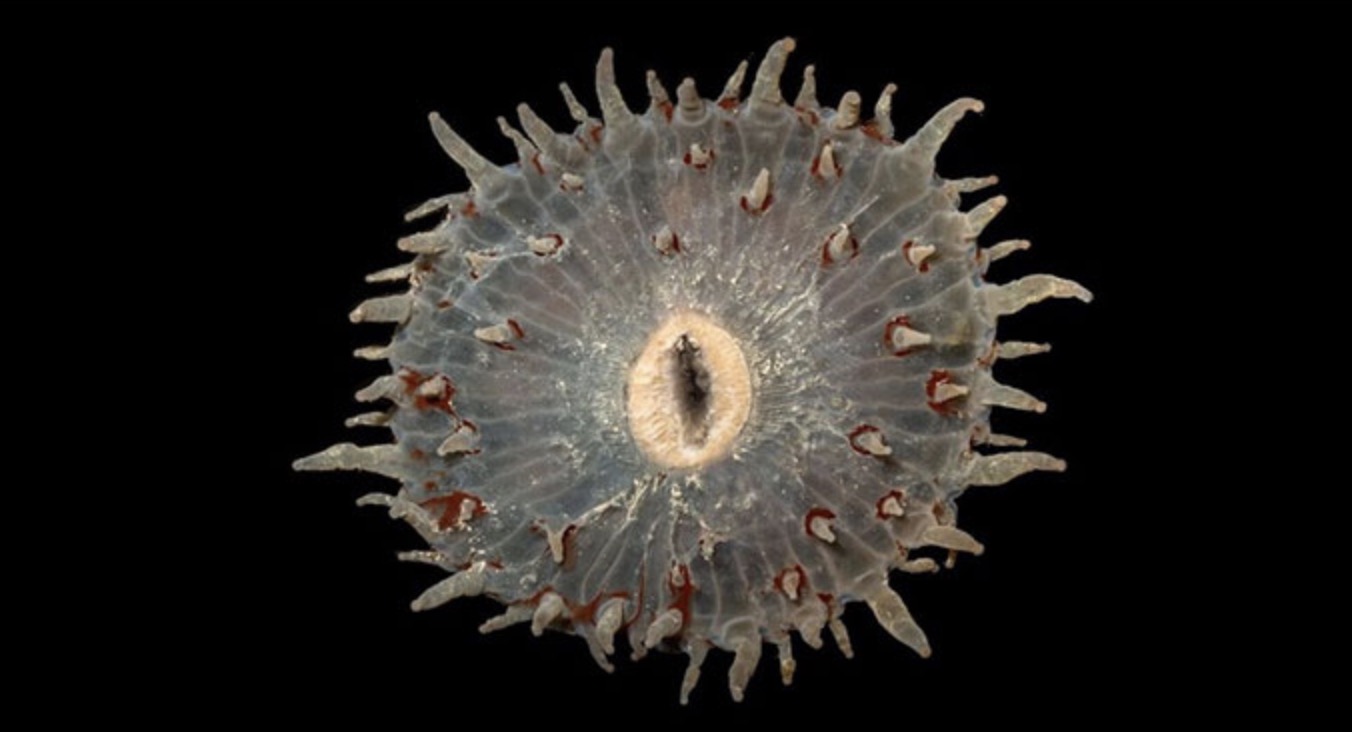 “These coral organisms belong to the same group as anemones, jelly fish, hard corals and other tentacled creatures of the sea.” 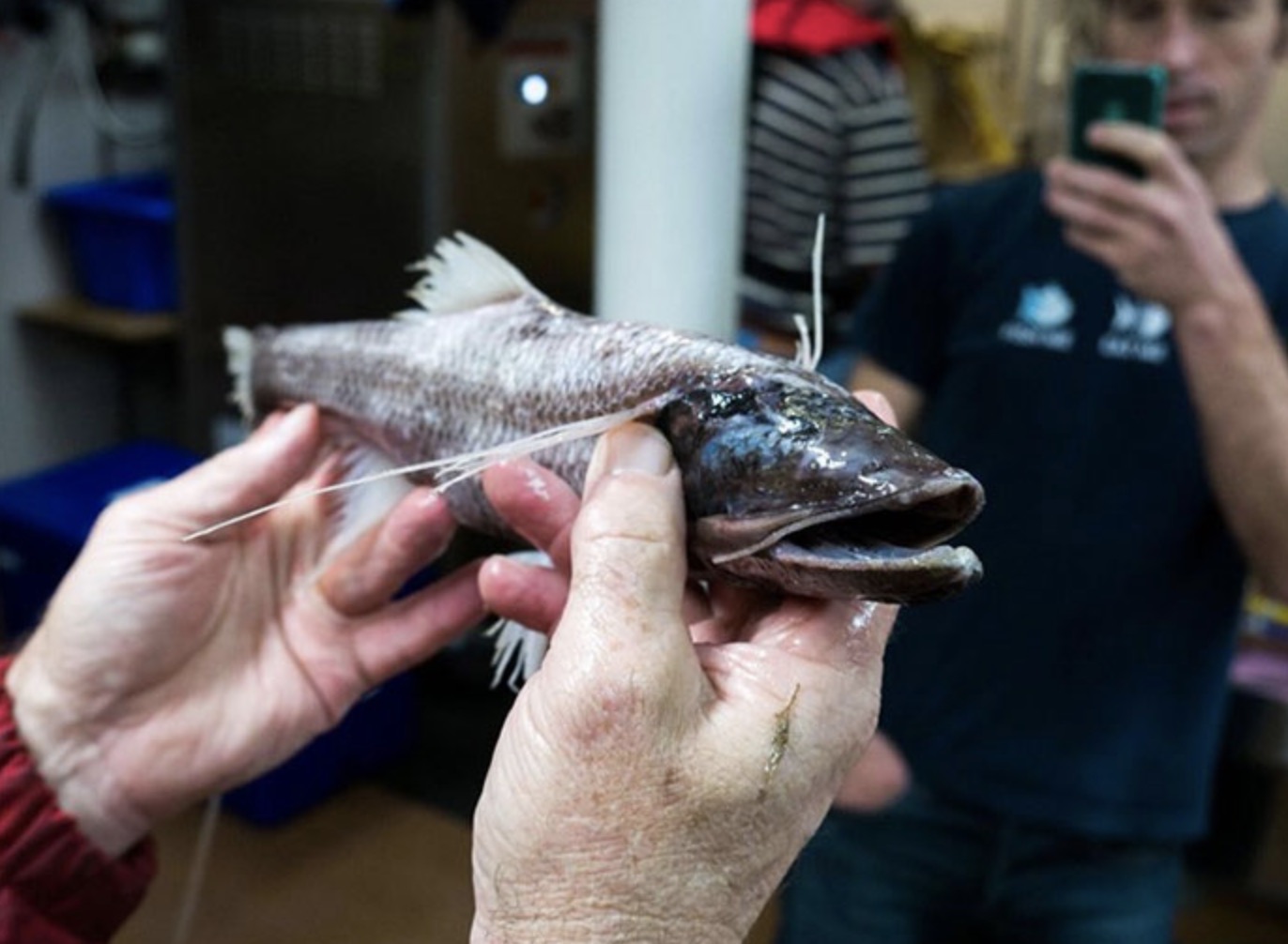 “These iconic abyssal fishes, often called spiderfishes, prop high off the sea floor on their stilt-like fins. Like all fishes in the spiderfish family, they have very reduced eyes. To feed, they face into the current, extending their elongated pectoral fins forward and ‘feel’ their prey items drifting by.” 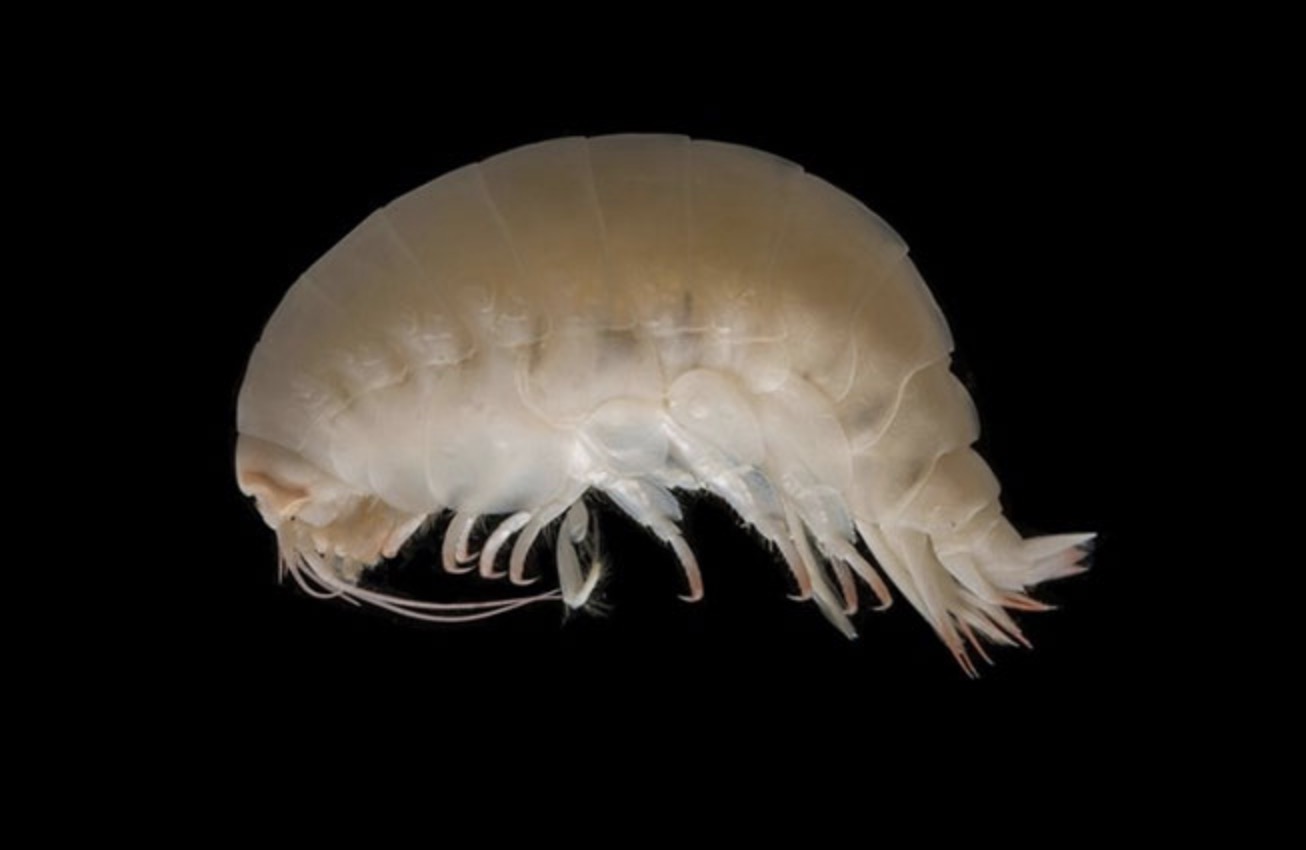 “Crustaceans such as this amphipod are deep-sea scavengers and will eat almost anything nutritious they come across – including the decaying remains of a dead whale, drifted down from the world above.” 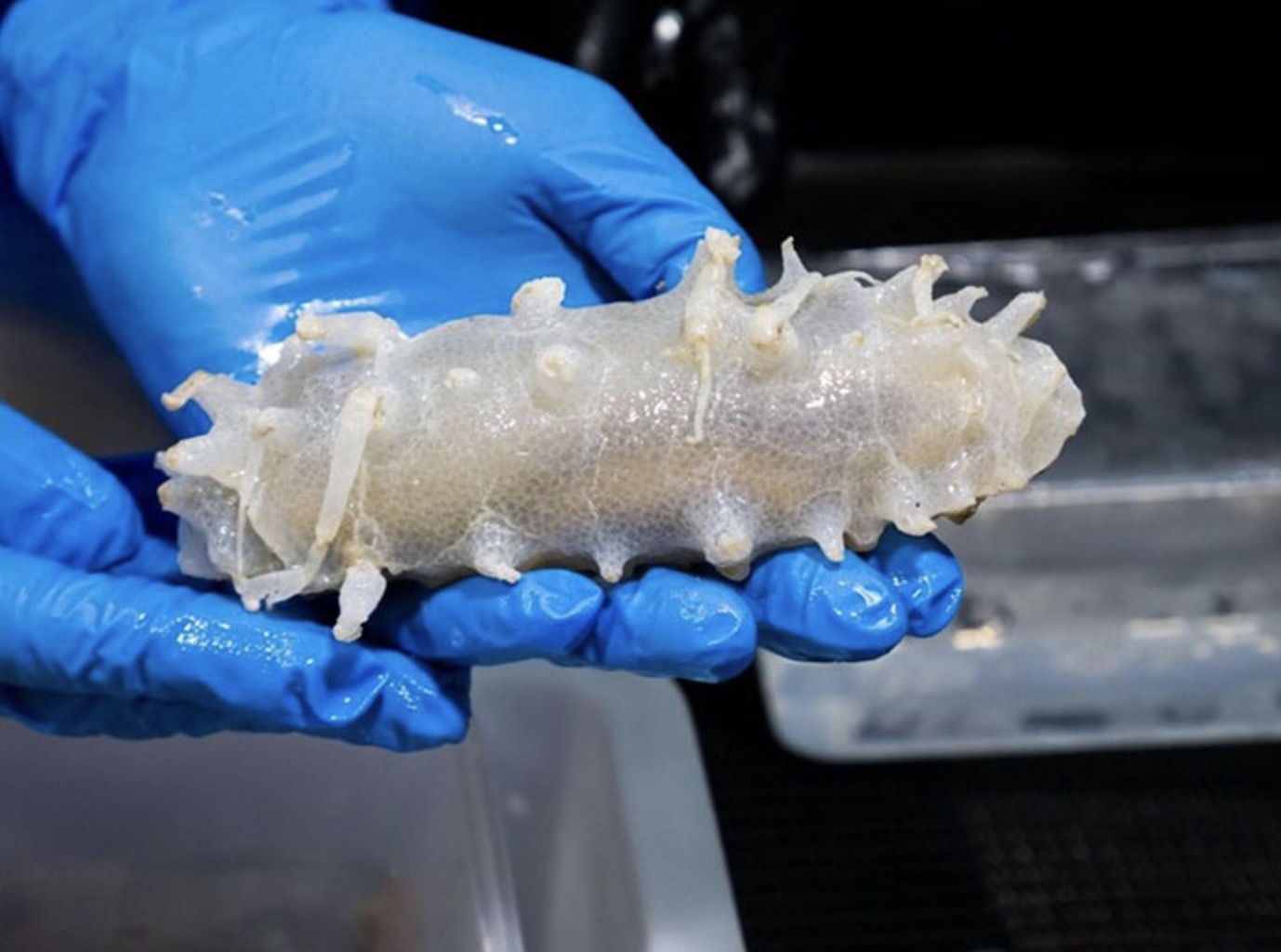 “These cute little pink pigs, found in the Freycinet Marine Reserve off Tasmania, are the ocean’s vacuum cleaners, using their tube-like feet to move across the abyssal mud and hoovering up micro-organisms.” 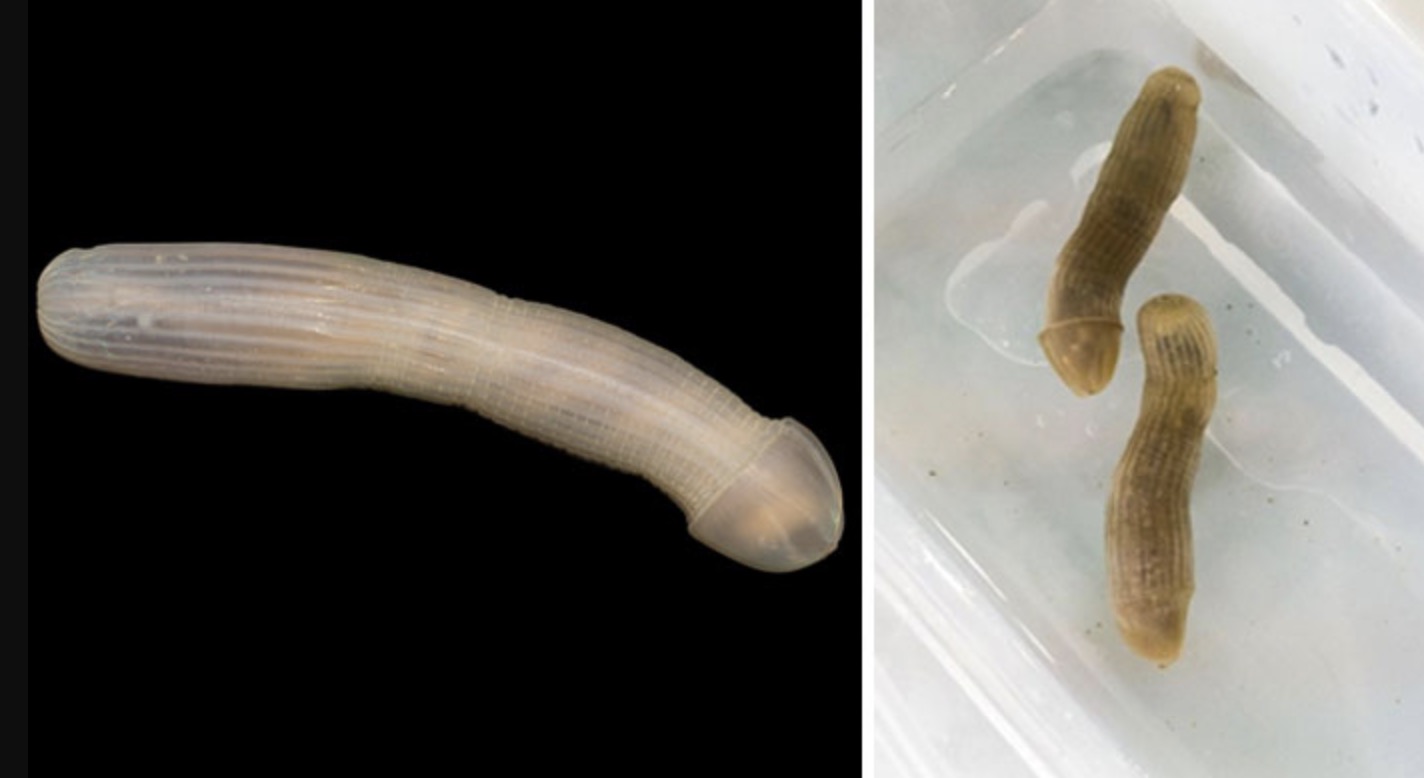 “The peanut worm (Sipuncula) is a deep-sea worm resembling a phallus. When threatened, they can contract their long head inwards and look more like a peanut. They can reproduce both sexually and asexually.”

And if you wanna check out more wang-shaped animals, you check out our article on that very subject right here!