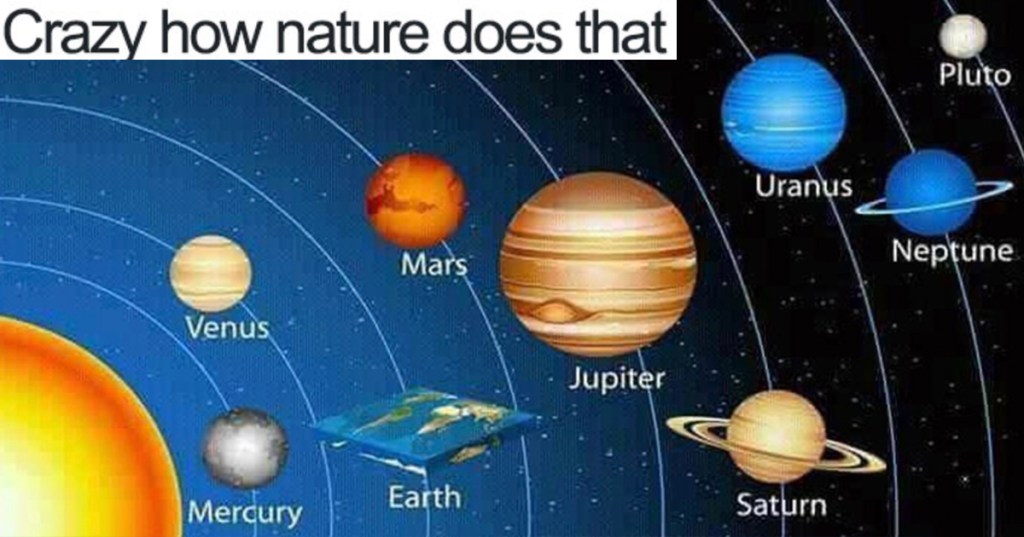 It’s insane we even have to address this, but here we are.

(OK, quick diversion because I am a nerd at heart. How do we know the Greeks knew the Earth is round? Aristotle. In his book, On the Heavens, he wrote the following: “Again, our observations of the stars make it evident, not only that the Earth is circular, but also that it is a circle of no great size. For quite a small change of position to south or north causes a manifest alteration of the horizon.” In other words, you see different stars in the night sky depending on which part of the Earth you’re standing on–if Earth were flat, we would all see the same stars. Because, you know, logic.)

But despite overwhelming evidence, common sense, and reality itself, some people STILL think the Earth is a flat disk floating in space. One study by YouGov found that only 84% of Americans believe the Earth is round. (Anything less than 100% is unacceptable. Not sorry.) The Flat Earth Society is a real organization that’s been around since the 1950’s, and is still active today. Even famous rapper B.o.B. thinks the Earth is flat!

How do we solve this problem? Memes, of course. Here are 15 flat Earth jokes (via Bored Panda) that won’t just thoroughly debunk flat Earth nonsense, they’ll also make you laugh.

And if you STILL think Earth is flat after reading this, well, we have a bridge in Brooklyn to sell you.

2. Put that in your pipe and smoke it, NASA. 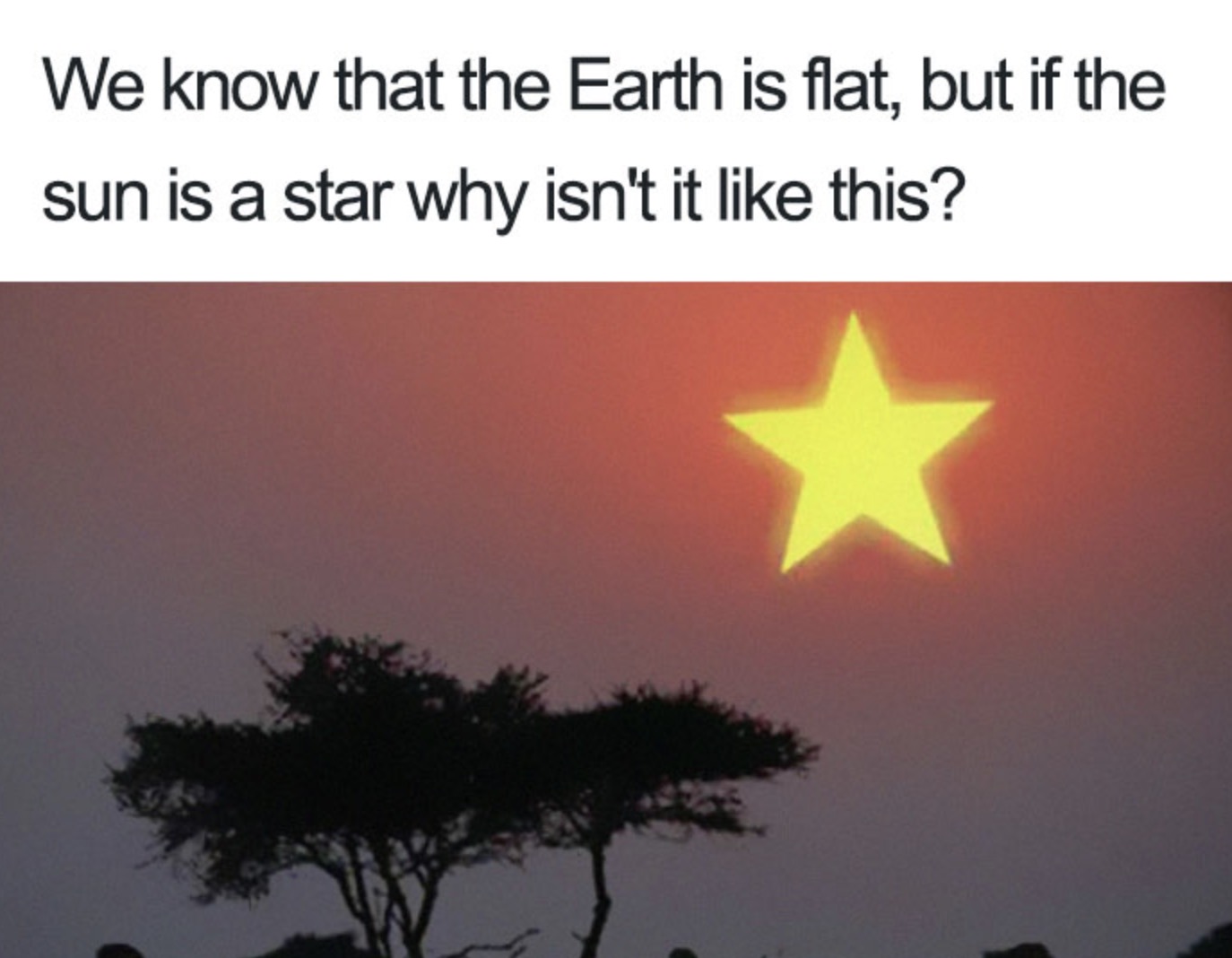 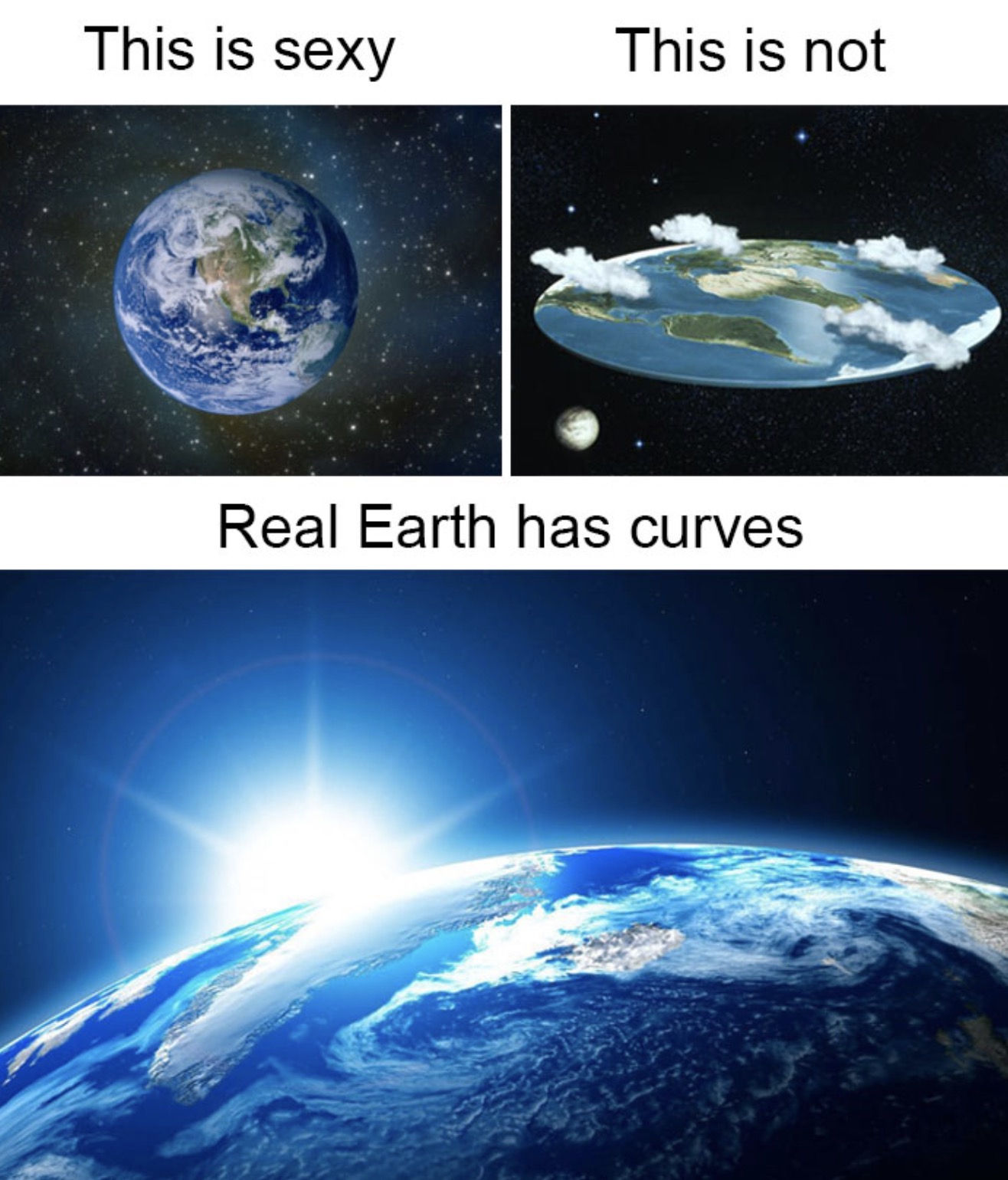 4. Maybe the Earth is flat AND the sun is just a huge lamp? 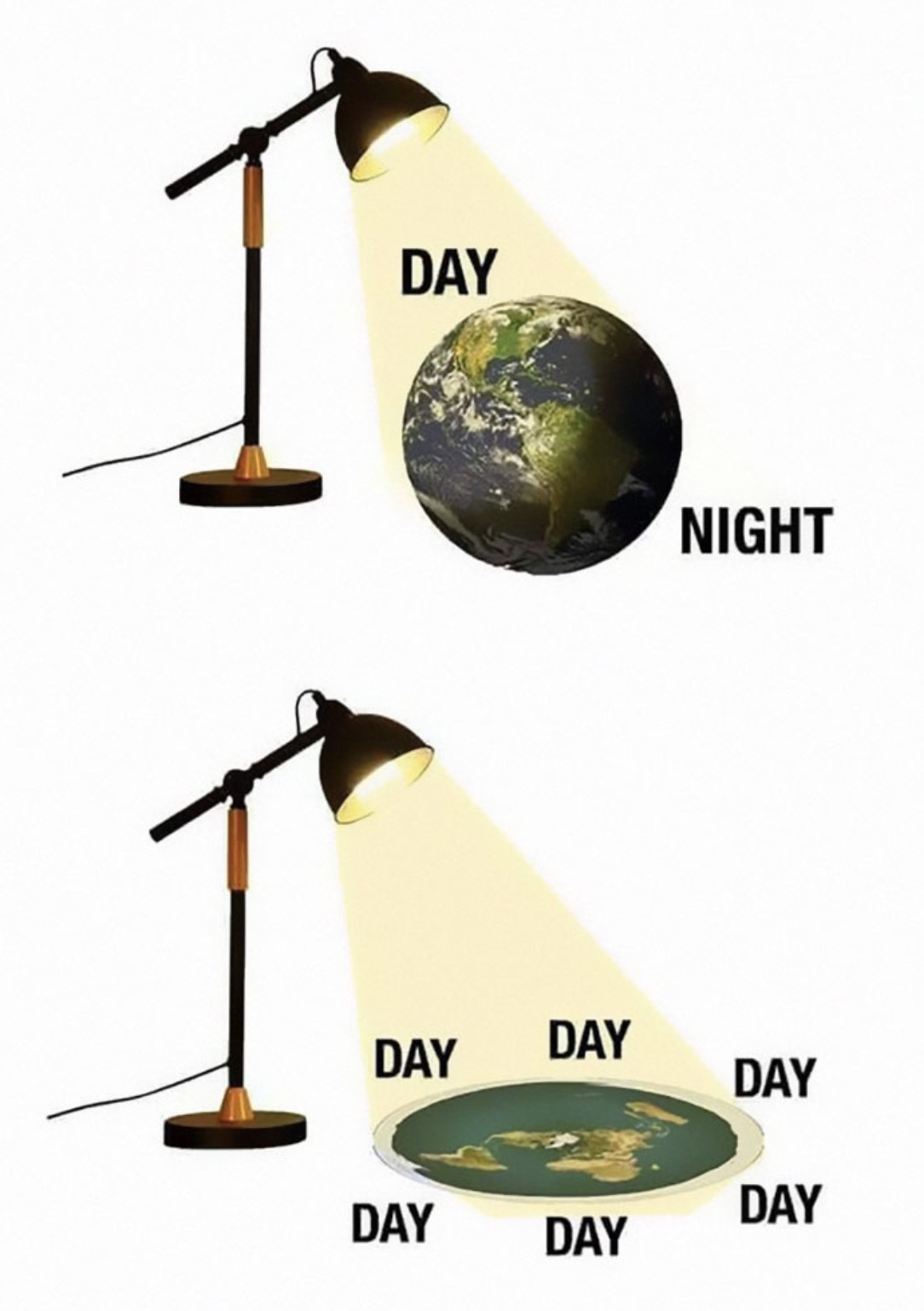 5. That sound you hear is Kim Jong-Un weeping. 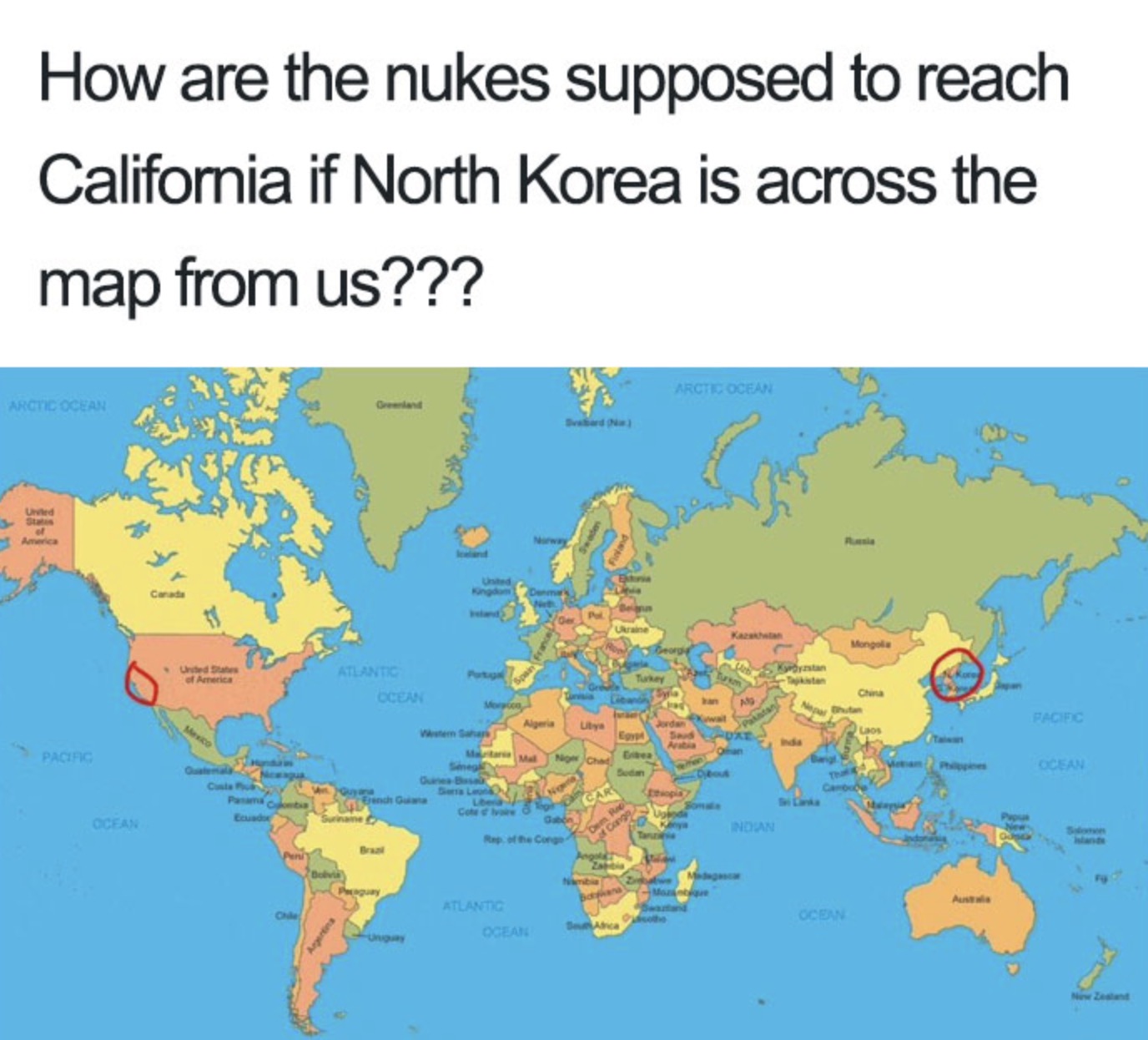 6. I saw the giant space turtle on vacation last year. 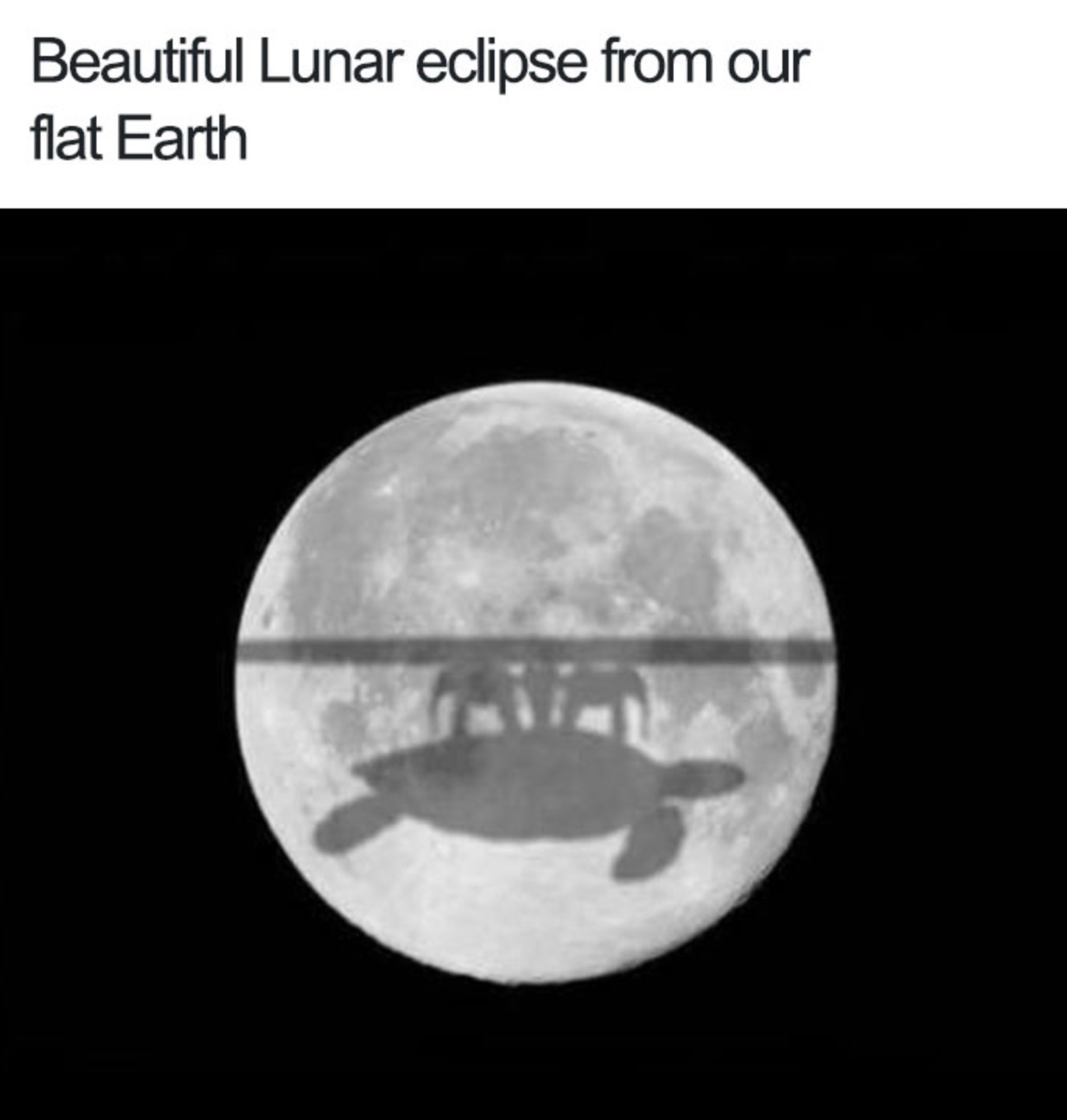 7. You can’t argue with Minecraft. 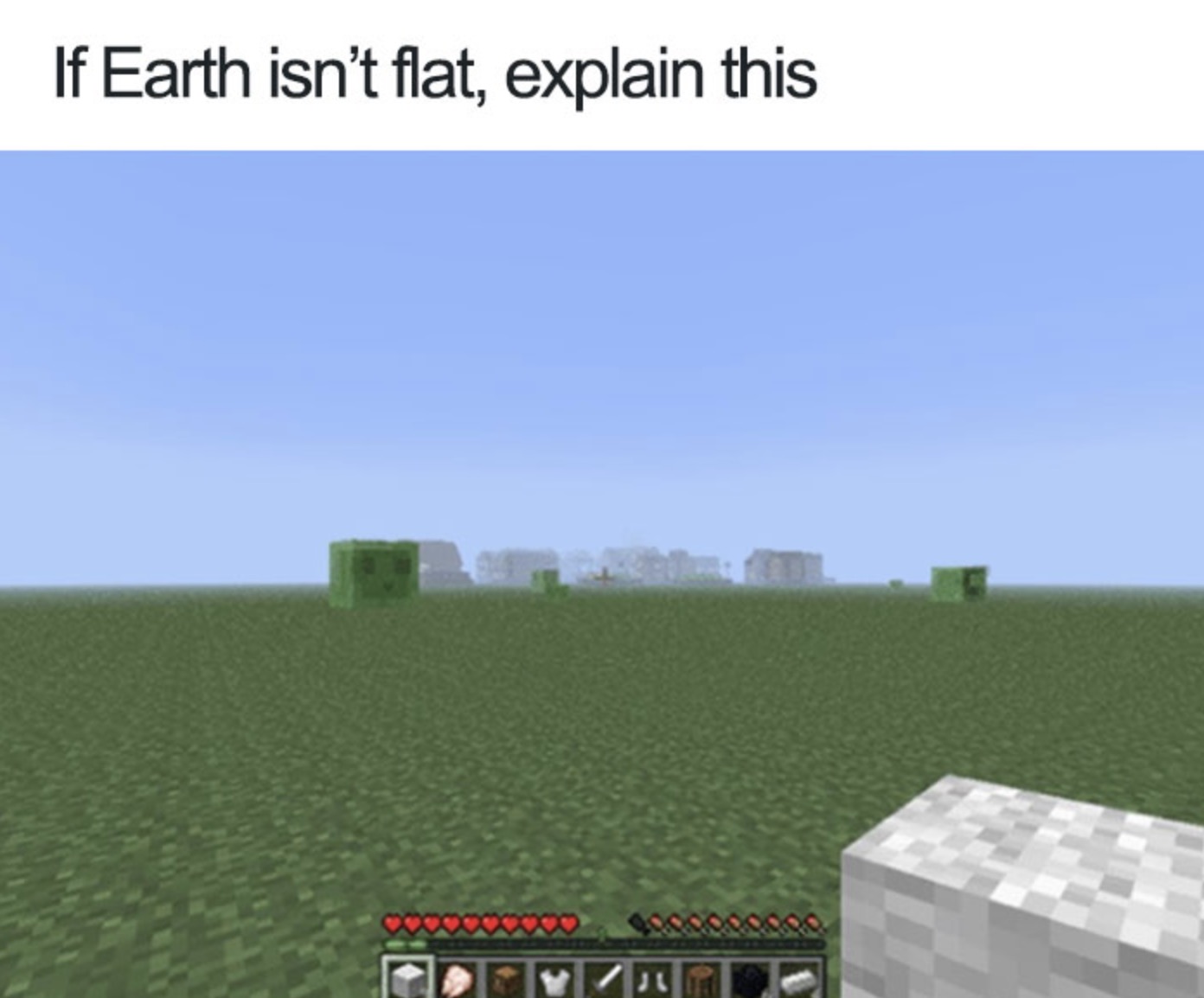 8. Will someone please give this man his Nobel already? 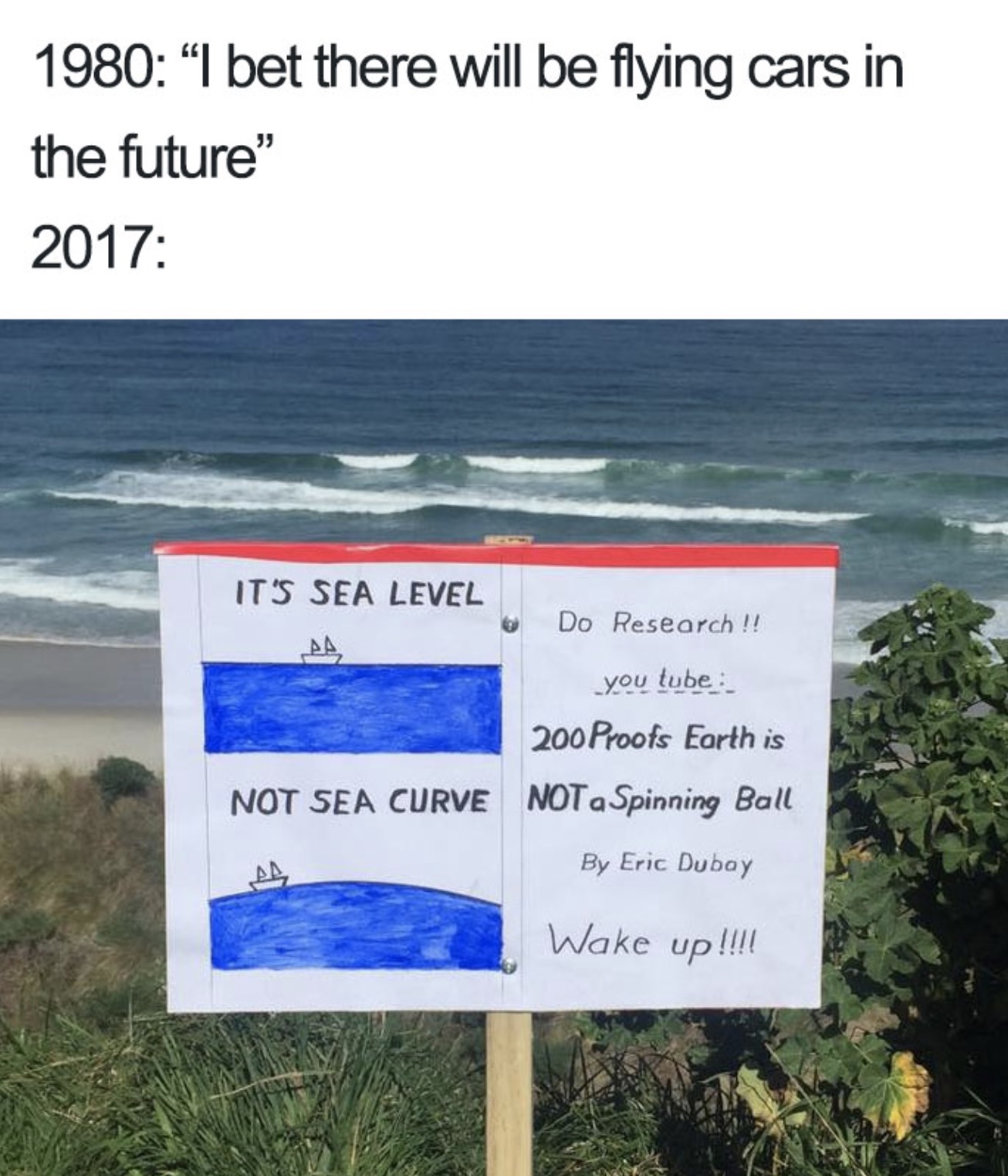 9. How about a compromise? 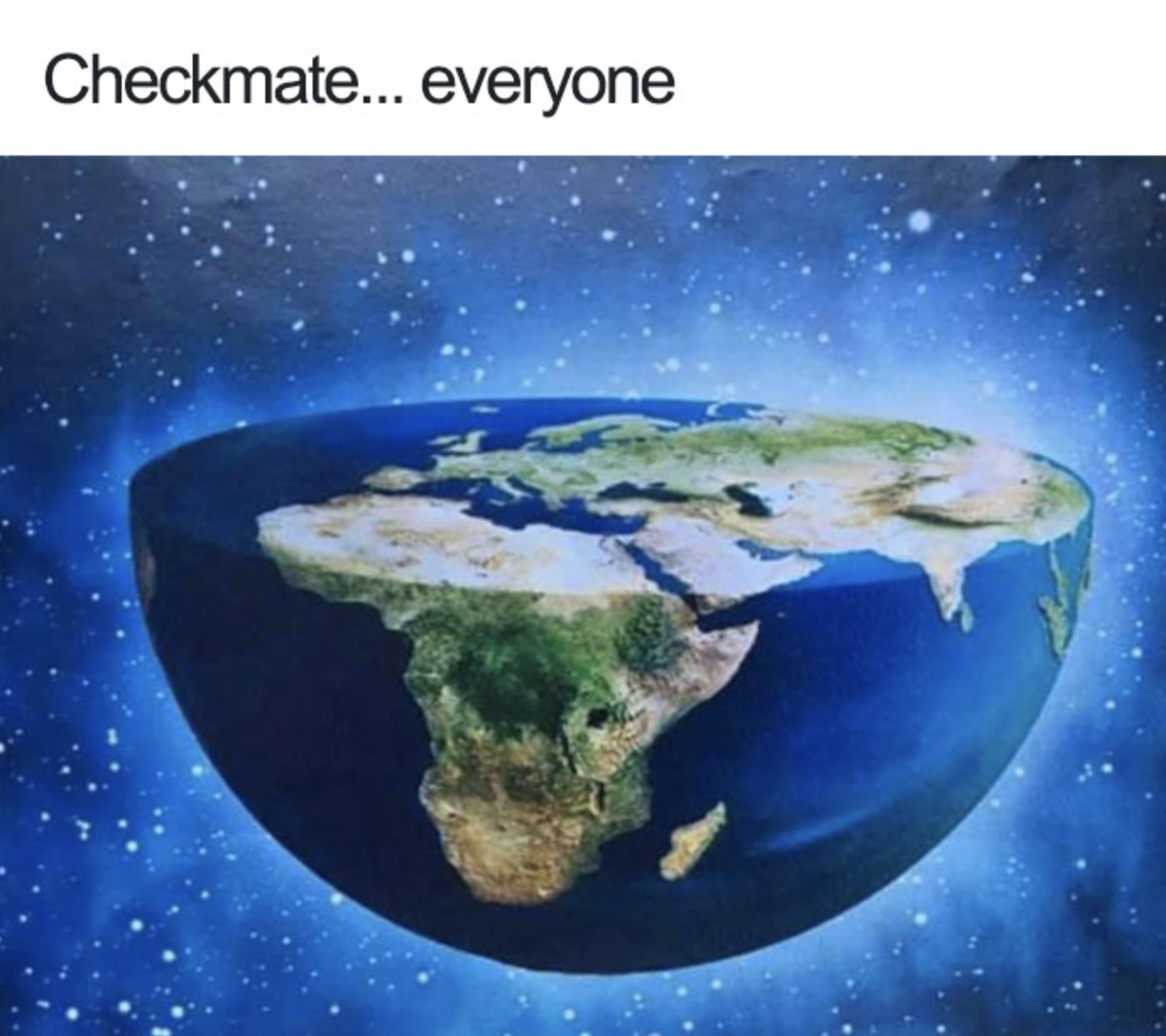 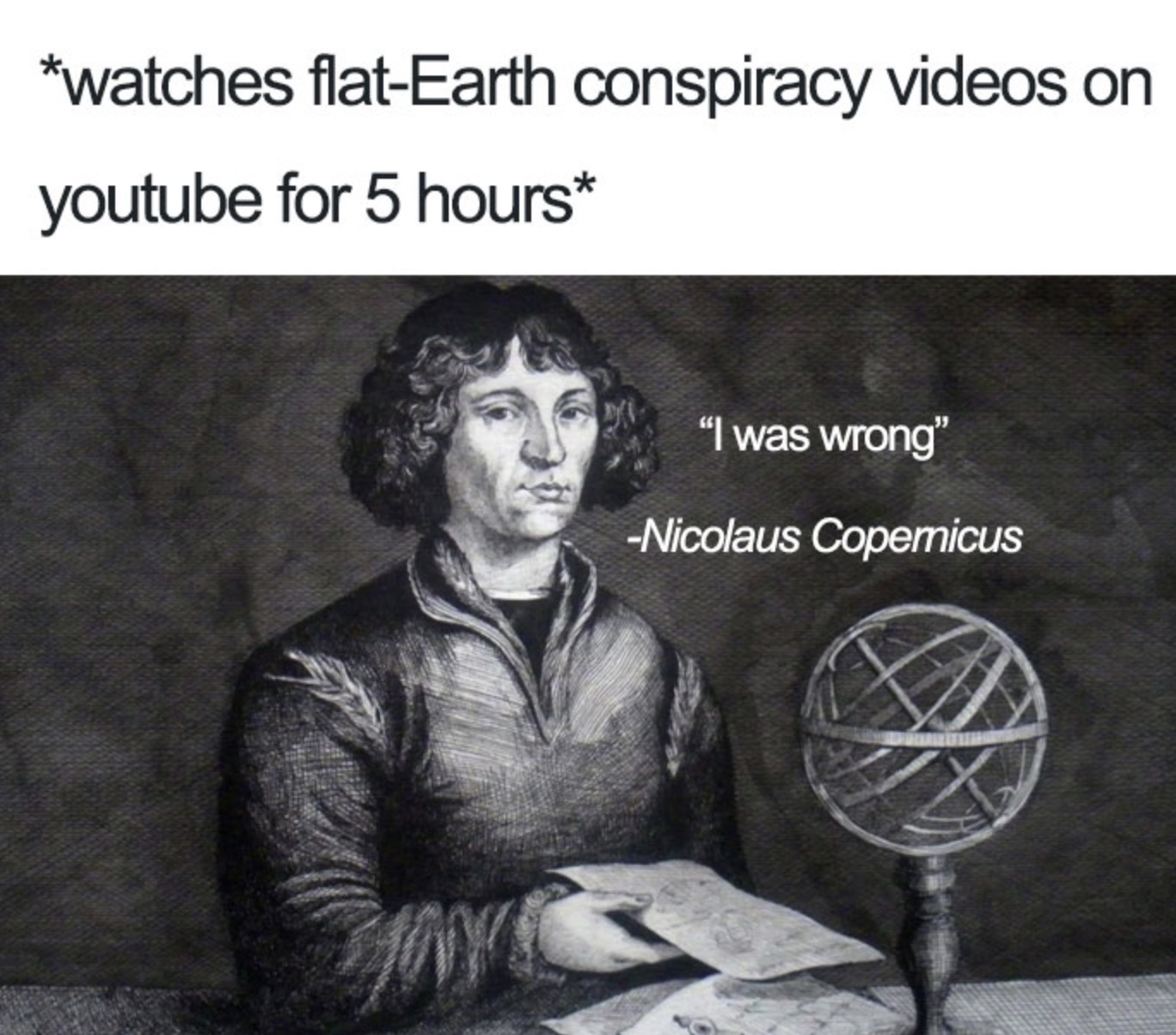 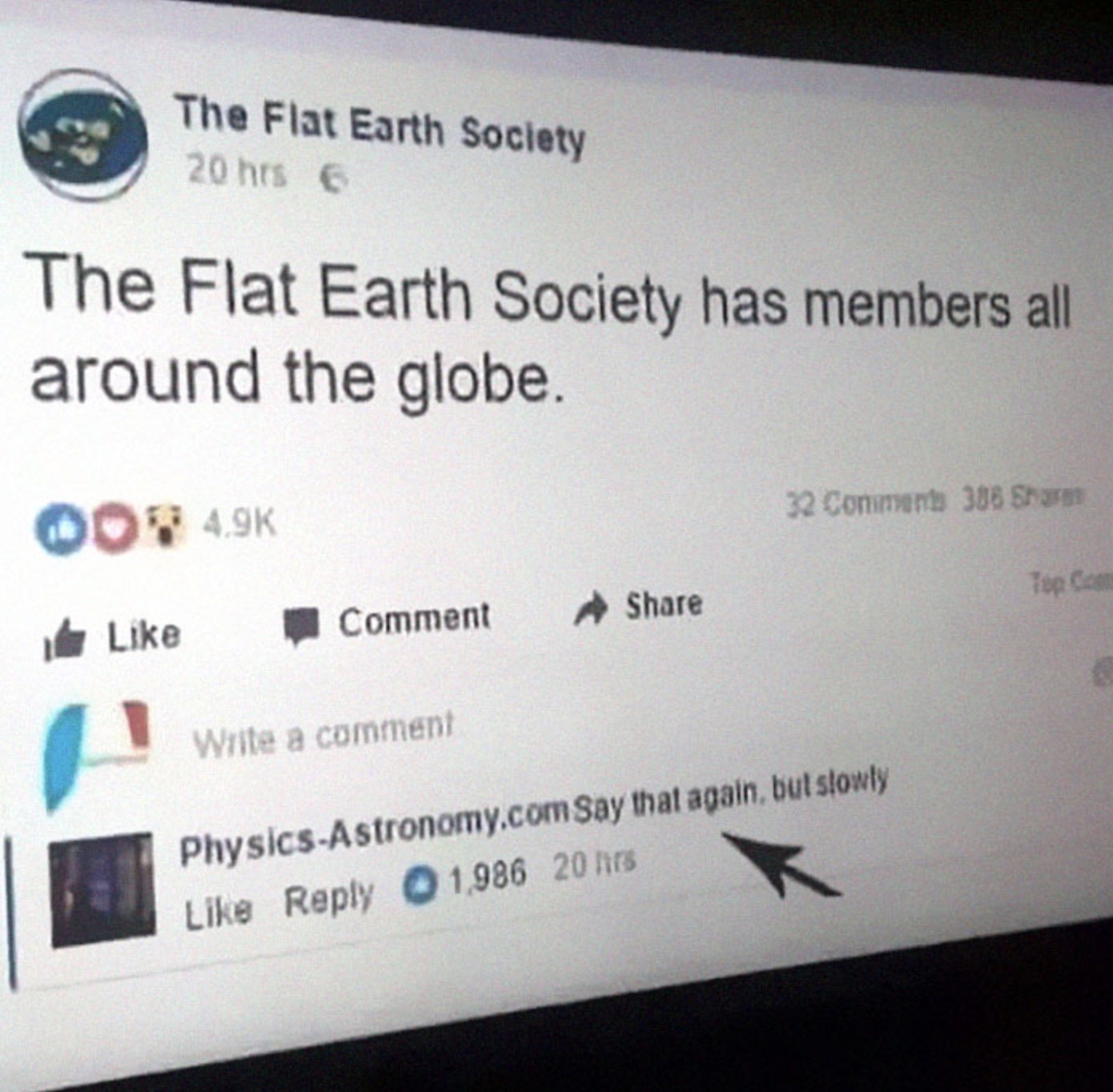 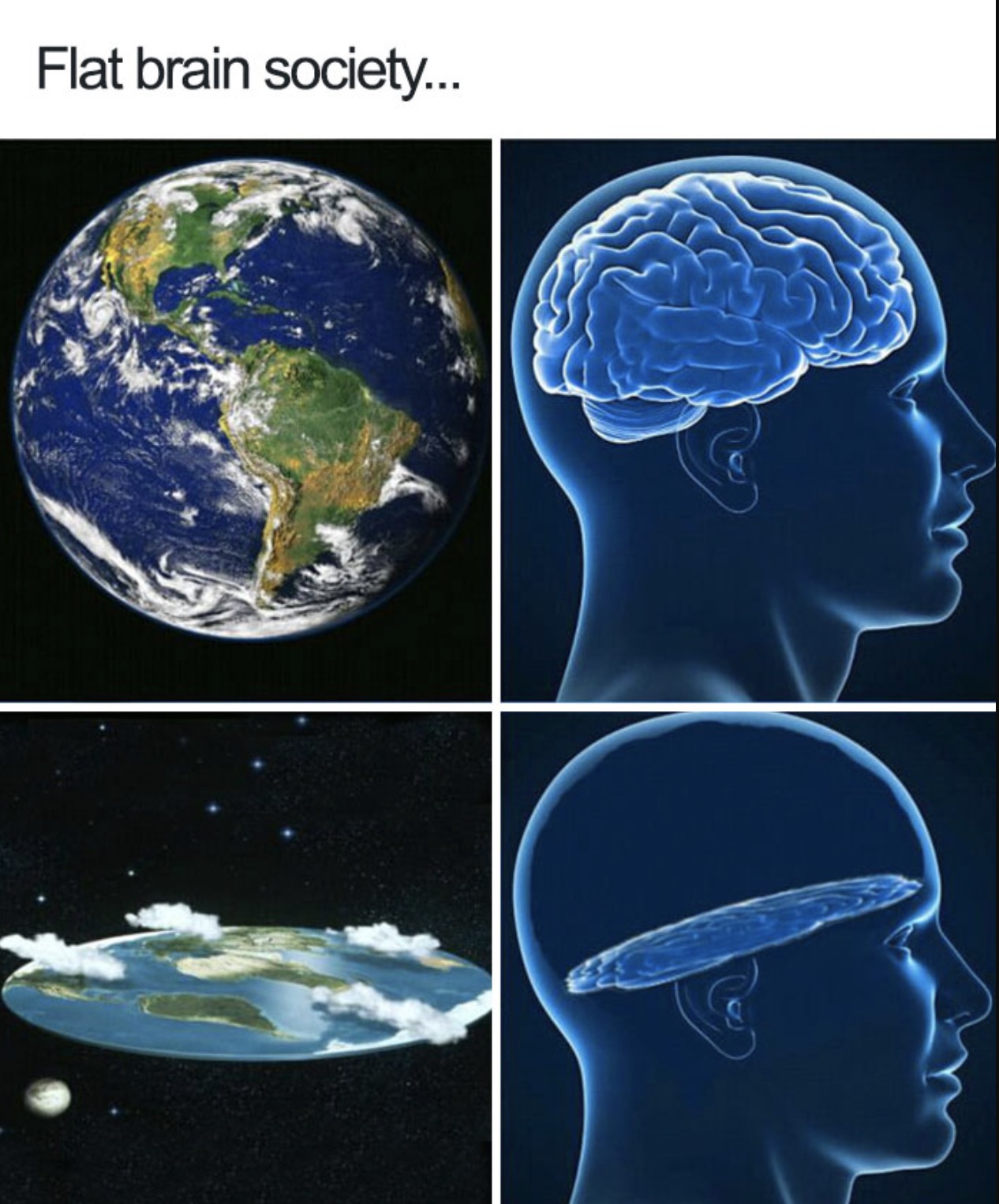 13. What really killed the dinosaurs. 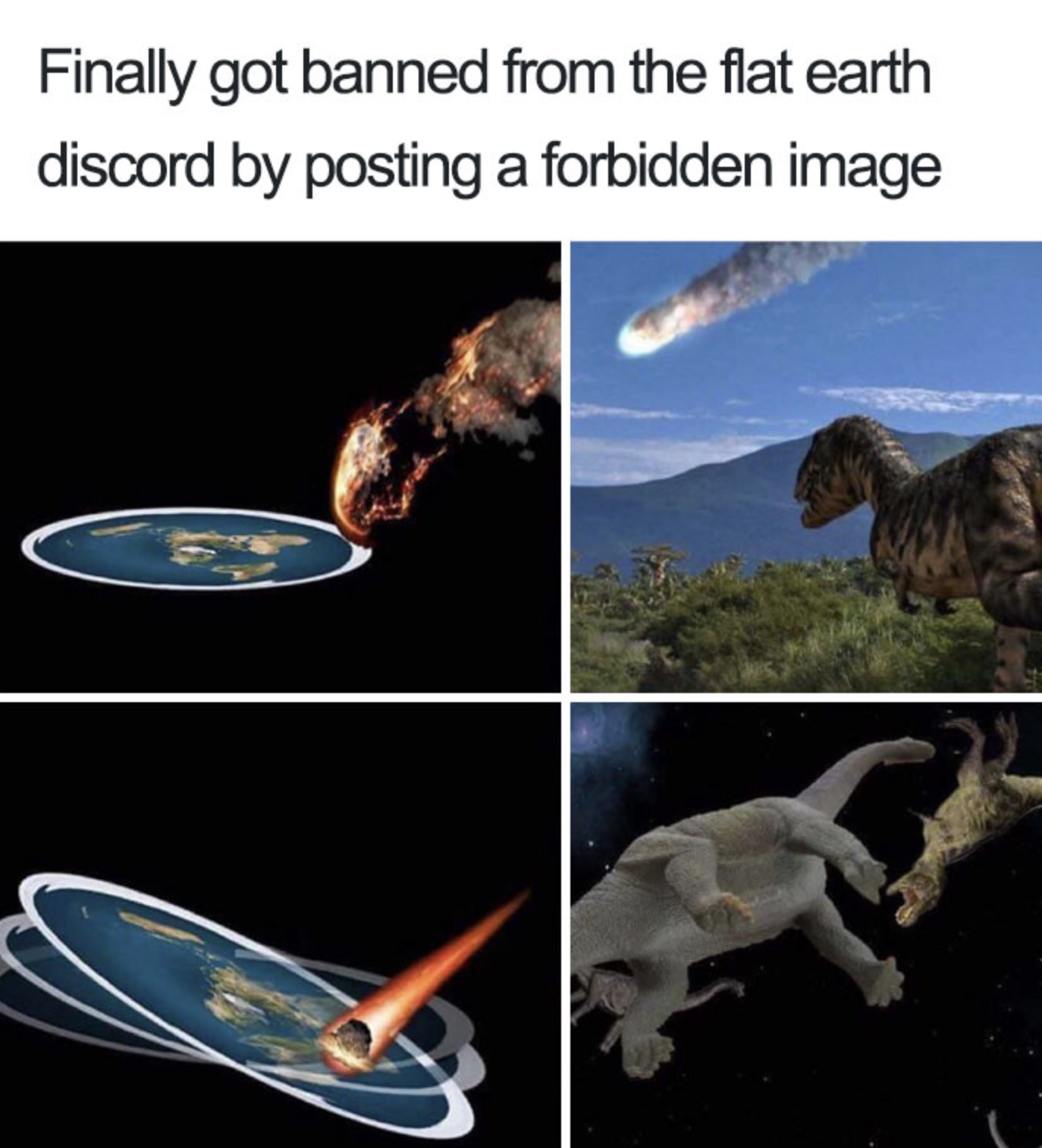 15. How to resolve the debate one and for all. 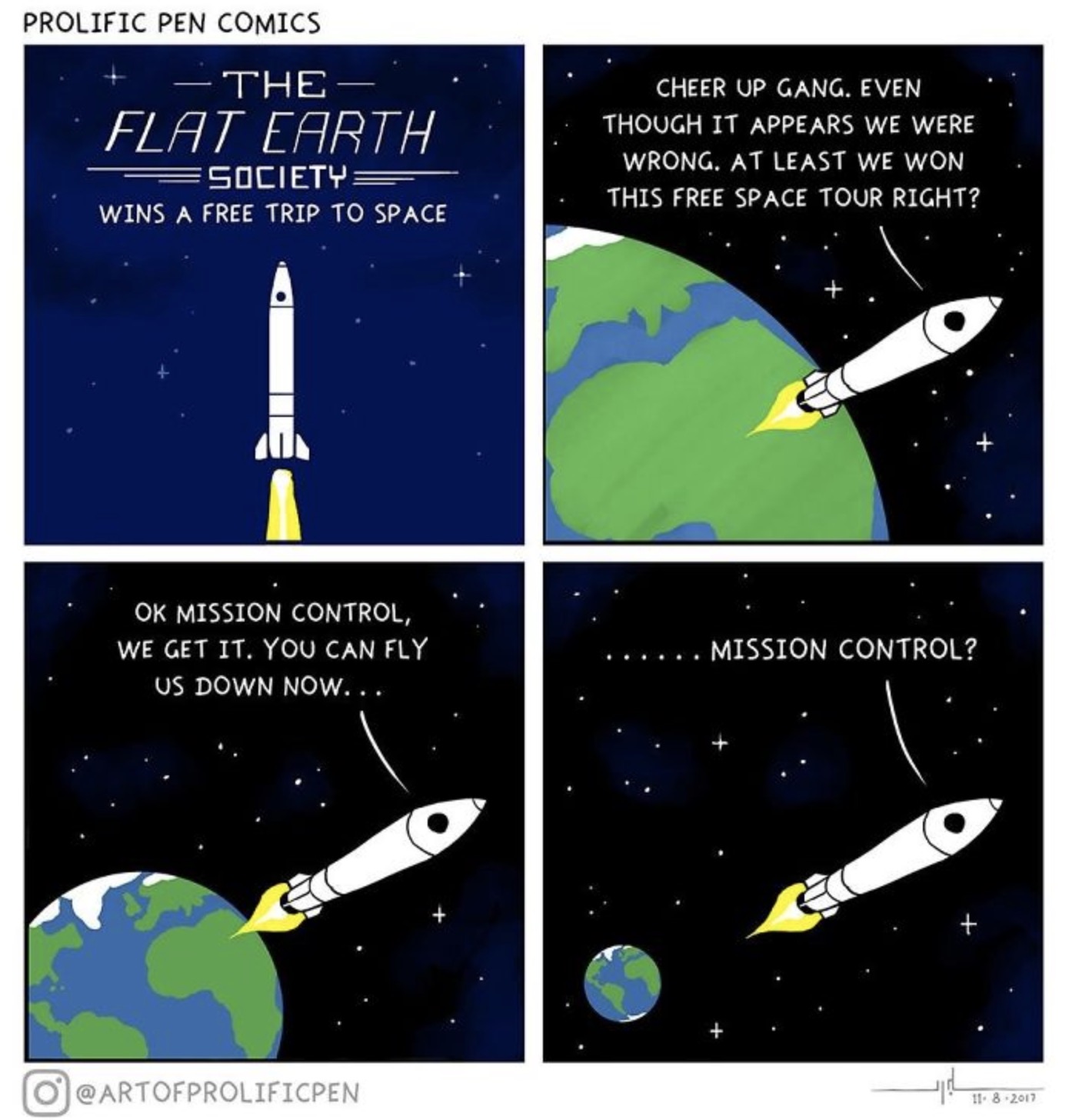