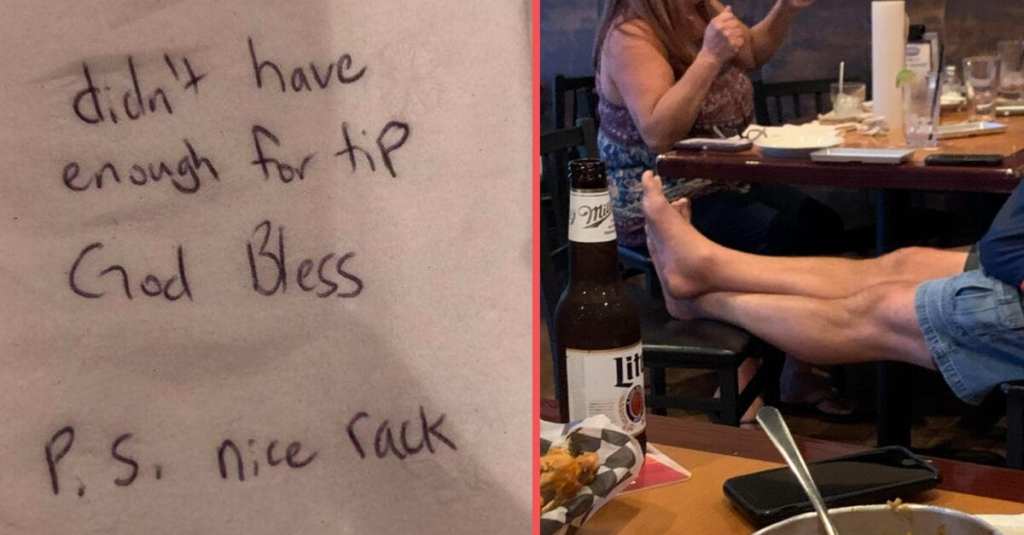 Rude Restaurant Customers Are Everywhere and Here’s the Proof

My first “real” job when I was a teenager was at a fast food taco place.

It was a great learning experience…and the free tacos were a big bonus.

But I realized pretty quickly that people sure can be rude! Like, really rude…

But hey, it’s just something you gotta deal with if you’re in the service industry.

But that doesn’t mean you can’t put them on blast on social media! Let’s take a look at some real gems.

1. Complaining about being “kicked out” after 90 minutes?

Now that is priceless.

You can just picture the trashiness from this customer from trashy

I’ll take real cash next time, thank you very much.

A feeble attempt to get out of tipping. from iamatotalpieceofshit

You expect them to lose their job over this? Get real!

Wouldn’t let him underage drink so he didn’t tip… Dickhead?‍♀️ from trashy

I hope you went for them!

What my coworker was given tonight from trashy

This is also a NO-NO on airplanes in my book.

Displaying your bare feet in a restaurant from trashy

This family let their kid crawl all over the restaurant floor, nearly tripping several servers from trashy

What an absolute a**hole.

Just learned as he was dropping a check, a table told my server they had just tested positive and he might want to get tested. So. Yeah.

And I’m willing you bet you never get a text from her.

My sister got this while waiting tables. from mildlyinfuriating

9. You can’t just step outside?

I guess that’s too much to ask of some folks.

This person is what I like to call a LOSER.

"Why I Have Not Tipped!!!" from iamatotalpieceofshit

Just don’t leave anything if you’re gonna do something like this.

A customer decided to tip their server like this… from mildlyinfuriating

12. I’ll be subtracting from the bill tonight.

In the comments, tell us about your worst restaurant experiences.