Meet The Guy Who Lives His Life As A Dog

Kaz James lives a simple life. During the day, the 37-year-old works as a store manager in his hometown of Salford, Greater Manchester, UK. And at night, he puts on a full-body dog suit and lives his life as a pooch–including eating his food out of a bowl.

James is a practitioner of Puppy Play, a growing subculture where people live as dogs. Some Puppy Play relationships include a “dog” and a “handler,” who treats them like you’d treat an actual dogs. For others like James, Puppy Play is about embracing their dog side. 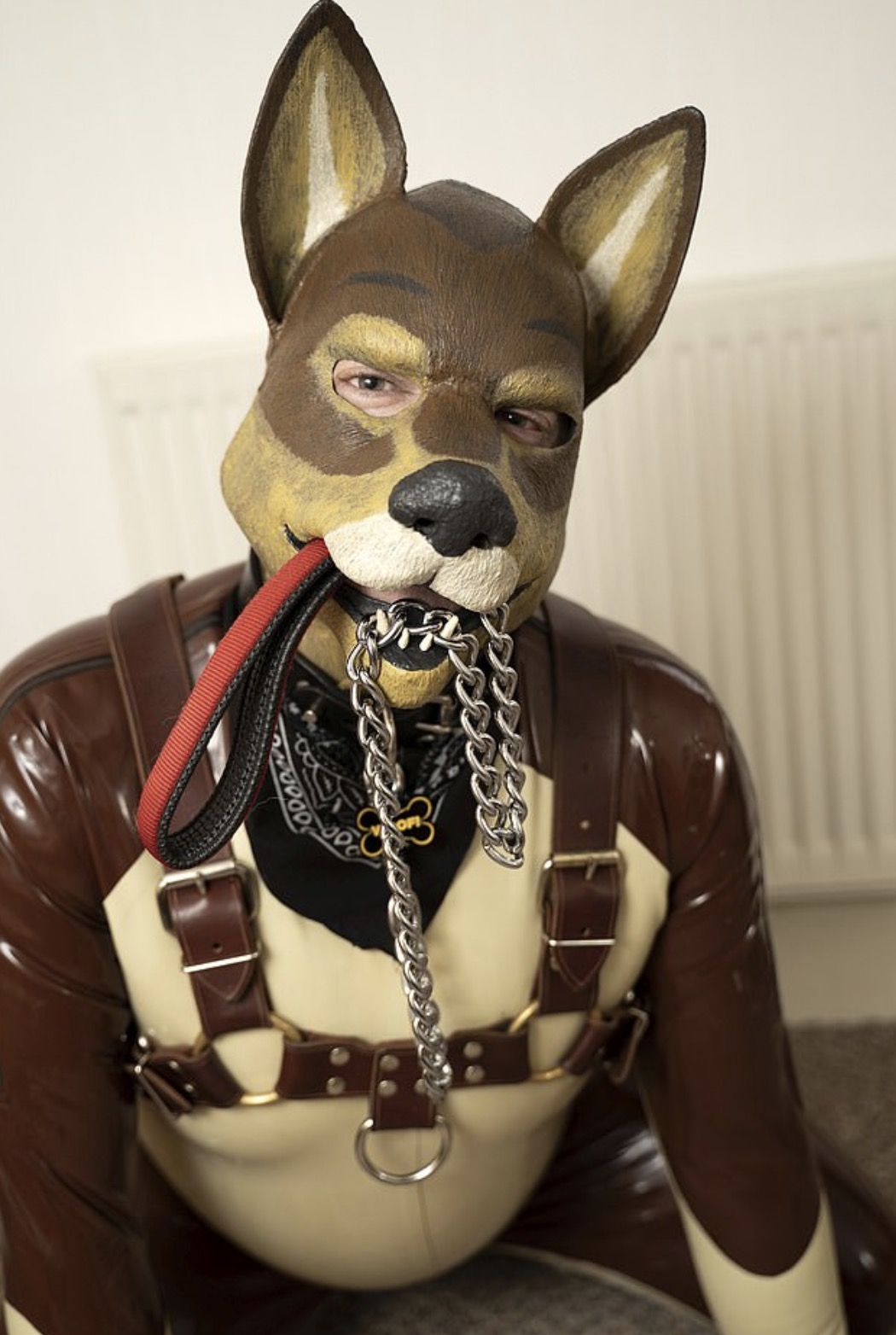 Growing up, James says he never felt like a human being, but like a “dog that was really out of place.” As early as the age of six, James was sometimes behaving like a dog.

“I was known by my friends for [saying] hello to them by grabbing hold of the collar of their shirt in my teeth and biting or licking them, very canine-type behaviors,” he said. “It was always how I was.” 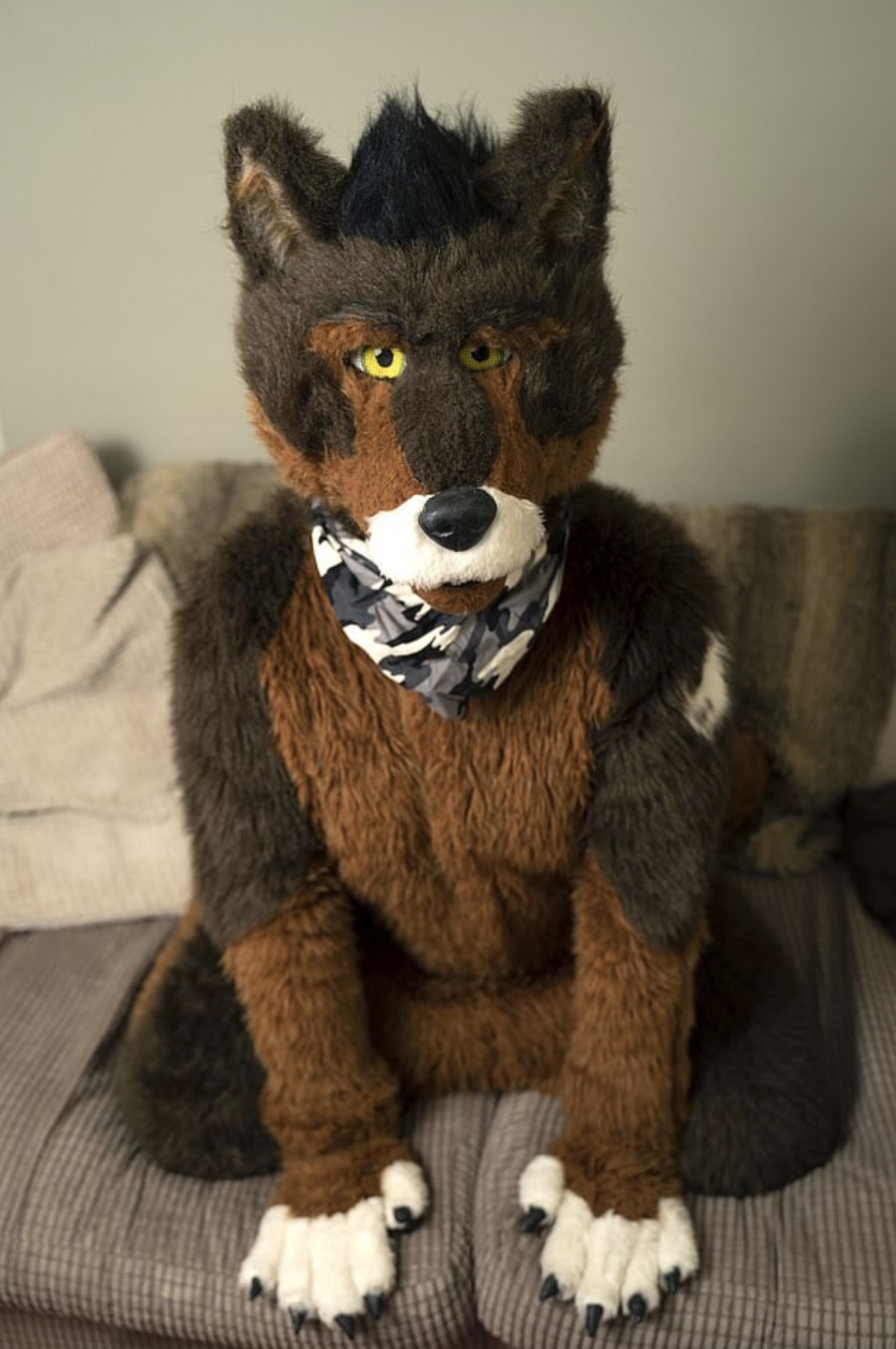 James was a teenager living at his parents’ farm in Norfolk when the Internet arrived, and that’s how he first discovered that there were other people out there who identify as dogs. James would have to sneak downstairs to the family computer at night to learn more about Puppy Play, while keeping it from his parents.

“I was incredibly nervous when I first started talking to people online,” he said. “I would hold a pillow over the 56k modem so you couldn’t hear the modem noise. I was worried that If I ever spoke to anyone about it, they would be like ‘you’re a nut job.'” 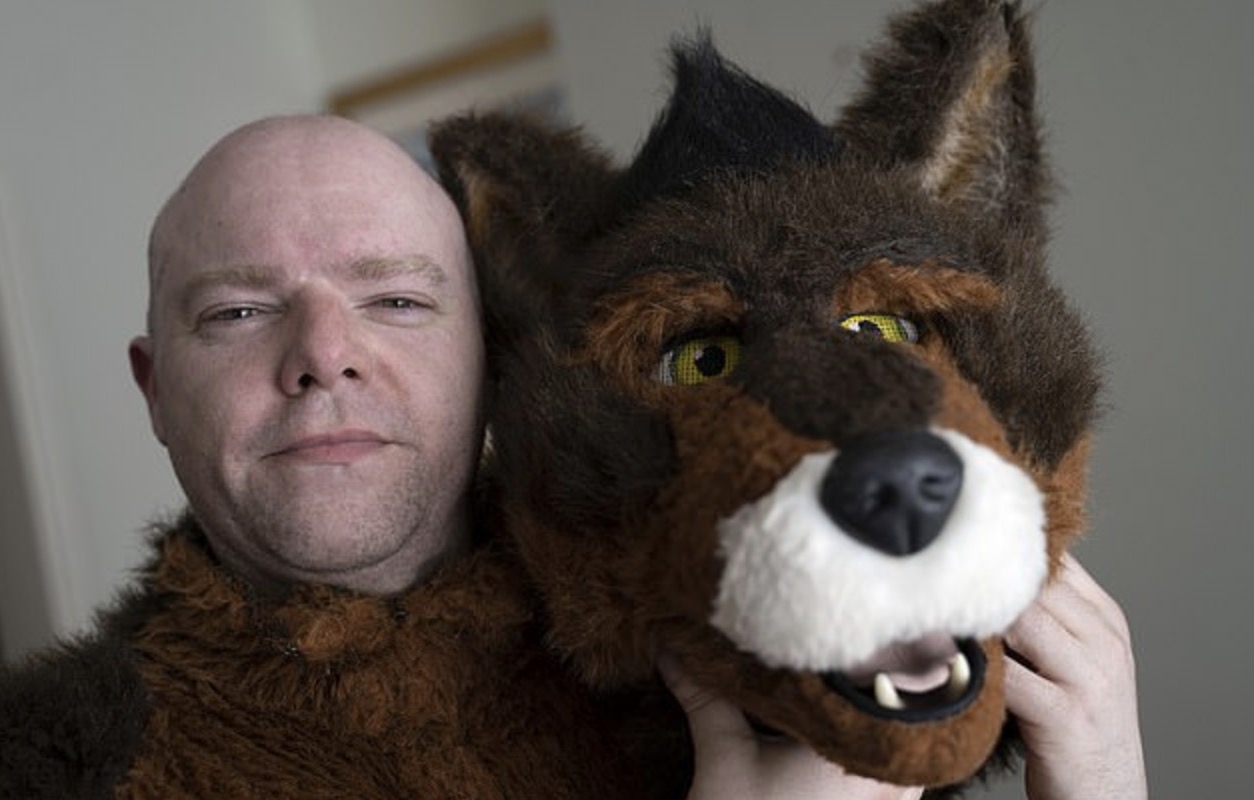 When he turned 18, James moved into an apartment with friends, and he was finally able to fully explore his canine side. He’s since become a leader in the Puppy Play community. He co-founded Kennel Klub, a judgment-free online resource where the public can learn about Puppy Play and connect with other Puppy Players.

He’s also the author of Dog Training: How To Train a Human Pup. As the title suggests, it’s less of a guide to the Puppy Play lifestyle and more of a training manual for a human puppy’s handler. The book provides an obedience program to get any human puppy on track, complete with illustrations and even tables to keep track of your progress. 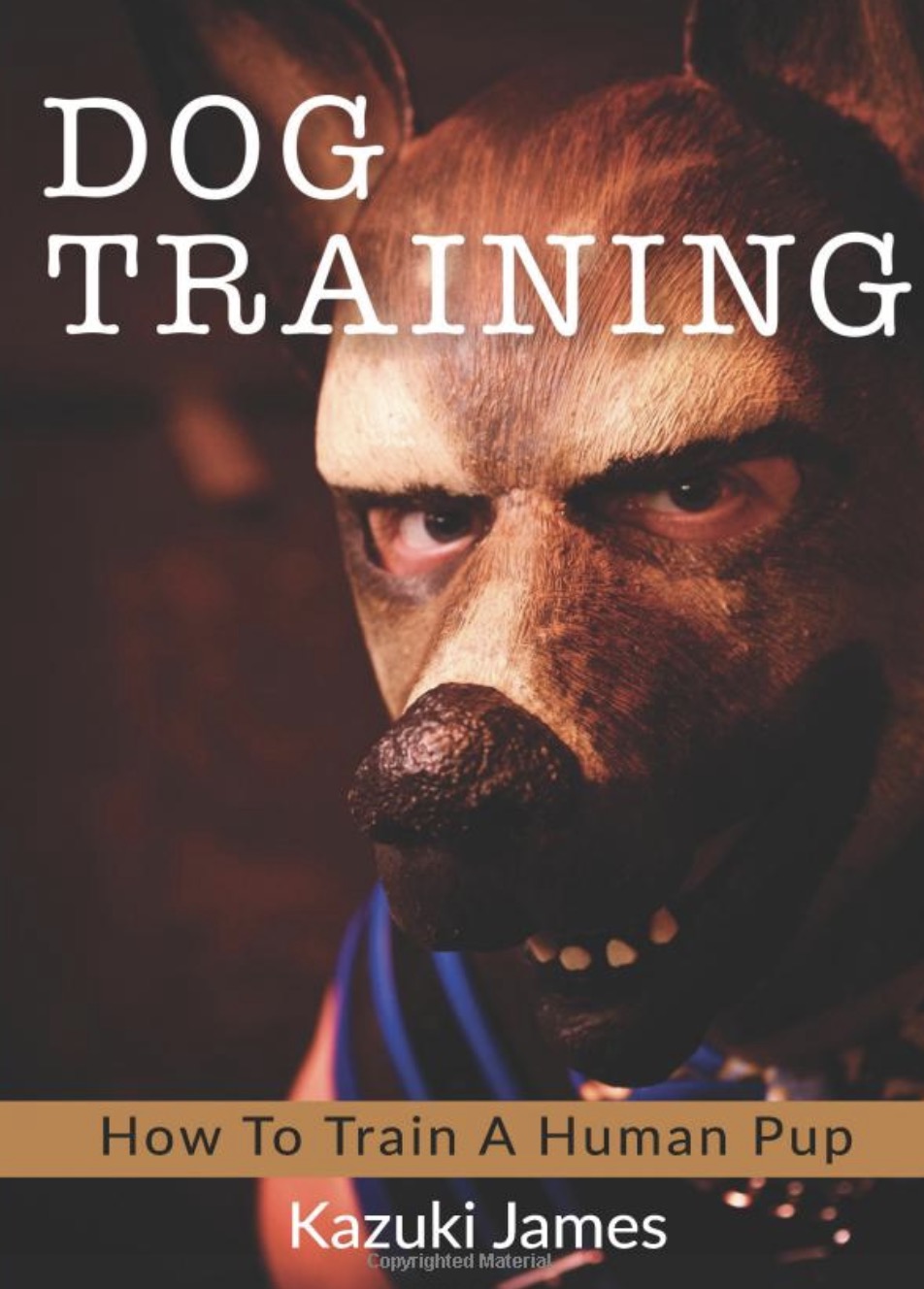 First, the logistics. As James considers himself a dog, he follows a mantra of “be dog” in all aspects of life. But it’s impossible to be a dog 24/7–obligations like his job and social appointments make that difficult. When being a dog isn’t an option, James opts for traditional human clothes. He considers himself “trained” to behave like a person in social situations–for example, eating at a restaurant–but he always feels uncomfortable.

And even when he has to present as human, his canine side is always present.

“I go about and live my day-to-day life relatively normally. That includes things like putting collars on and at barking at people I know in the street,” he told Metro. “If I see pups out in the village, I will bark at them. I get funny reactions from passers-by all the time.” 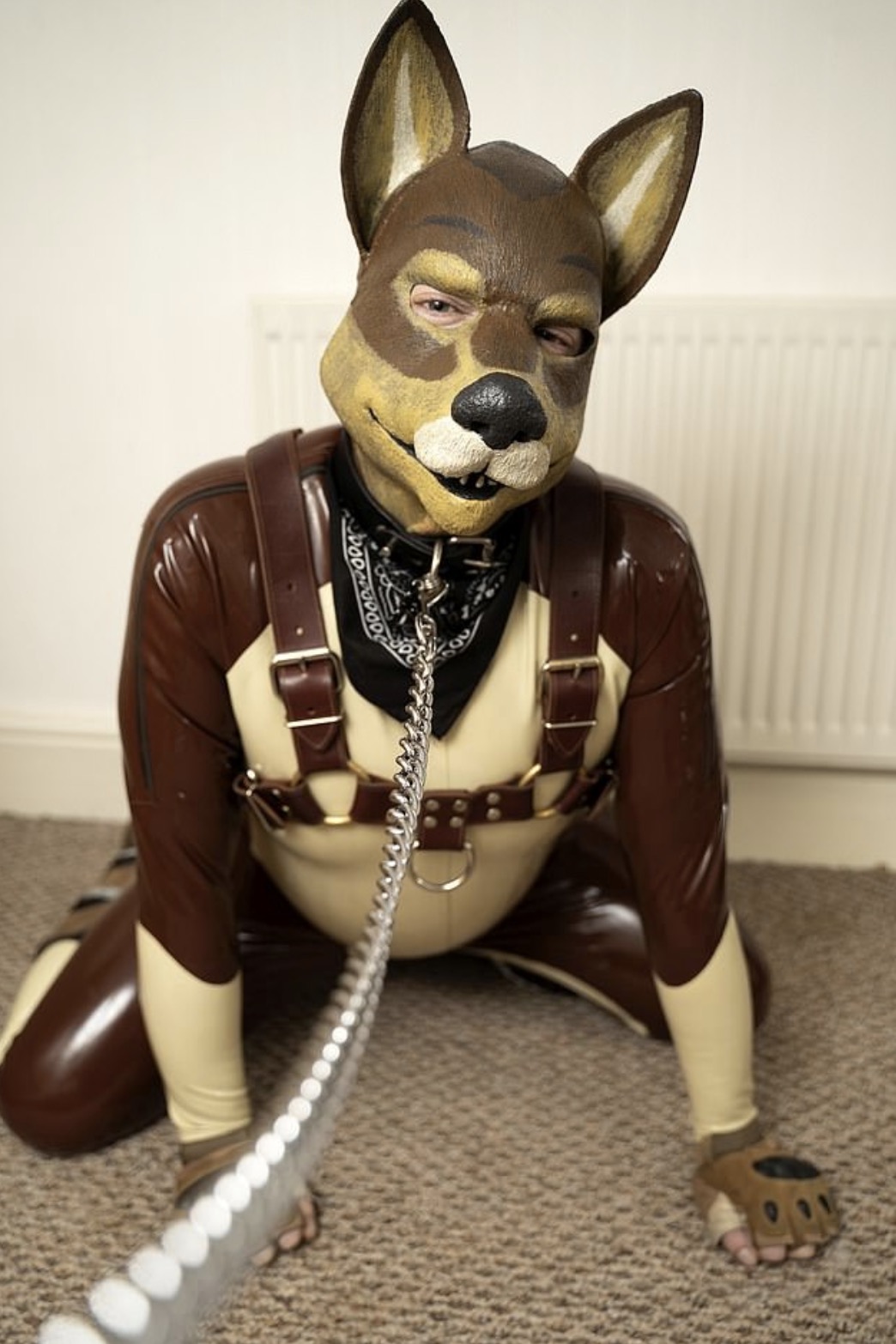 He’s sunk quite a bit of money into his lifestyle. James owns multiple rubber full-body dog outfits, which are customizable and cost £400. He owns numerous masks, leashes, and harnesses. And the crown jewel of his collection is a bespoke full-body fur suit he ordered from Canada, which set him back £2,000. But it’s all worth it. Having multiple full-body dog suits allows James a variety of ways to express himself.

Of course, the suits do run hot. James describes them as “basically walking around in a carpet.” Not a problem in winter, but for summer, James definitely recommends air conditioning. 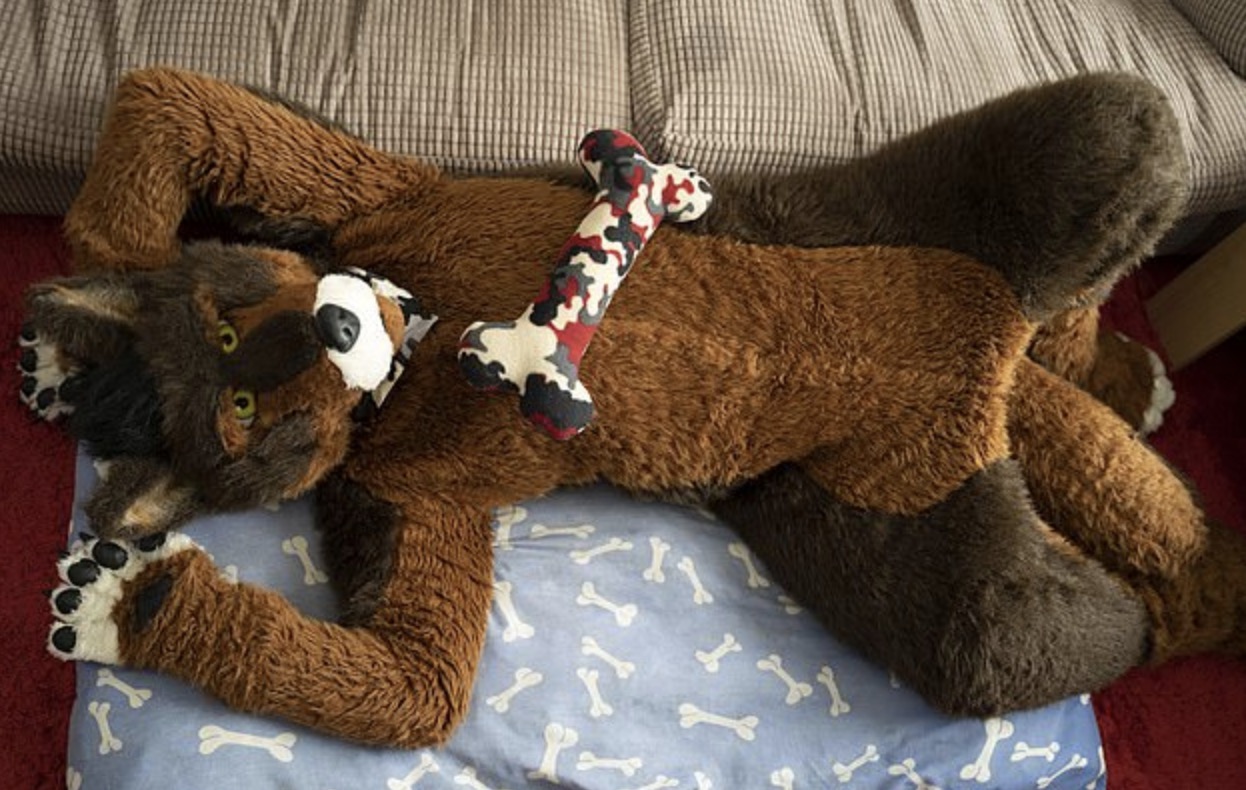 And then there’s food. Yes, he does eat out of a dog bowl. And not just at home, either. Sometimes he’ll bring a dog bowl over to dinner at a friend’s house. And yes, he eats food for humans, not dog food.

But he does have a weakness for dog treats. According to James, many dog treats are actually quite tasty and healthy for humans. His preferred dog treat is a cereal variety from the brand Bonio, which apparently tastes like “Vanilla-flavored digestive biscuit.” 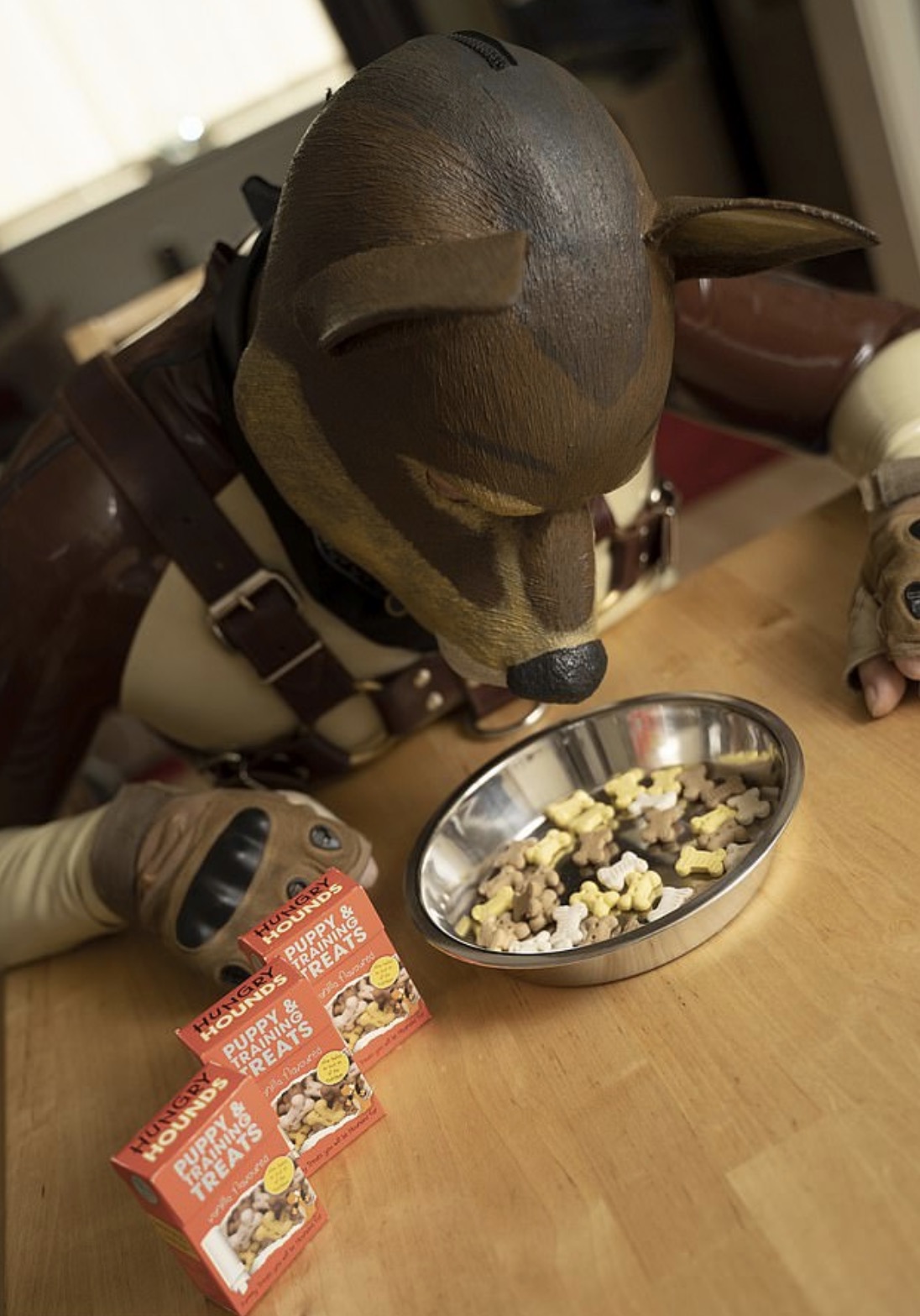 “‘Some parts of pup play can be really romantic, for example being collared is very romantic,” James says. “It’s easy to fall madly in love with someone who does all these fun things with you.”

But for people like James, Puppy Play is an all-encompassing lifestyle.

If you live in the Manchester area, you can attend one of Kennel Klub’s monthly meetups. But no matter where you’re live, if you’re interested in the Puppy Play lifestyle, James encourages you to give it a shot.

You might start off hesitant, but after one evening there’s a good chance you’ll already be peeing on the floor.

Woman Shaves Legs In Hotel Pool, Forever Ruining Pools For Everyone
The Epic Meme That Brings Both Sides Together!
Awesome Parents Who Epically Trolled Their Kids
We Regret To Inform You That Lace Men’s Shorts Are Here For Summer
Here’s What Would Happen If Zodiac Signs Were Southern
The Strangest Names of Towns in the U.S.