Gamer Dumps His Girlfriend After She Issues Him an Ultimatum

Is this man a hero or…kind of a loser? A guy apparently prefers to play online games with his pals than to hang out with his real-life, flesh and blood girlfriend. As a man (sort of), I can relate to the idea of wanting to kick back and play some video games to relax, but I’m not 100% sure I would make the same decisions as this fella. The conversation started off innocently enough. 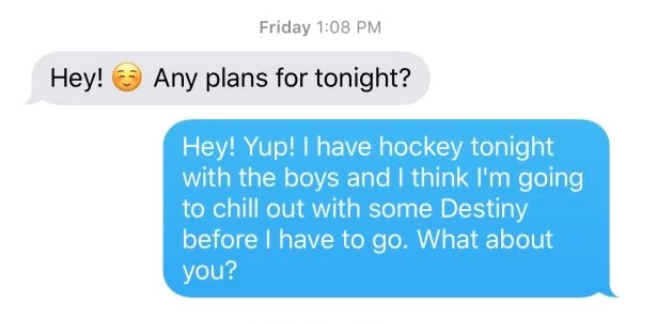 It seems like maybe there was a pre-existing issue here, cause the female in this tale then immediately took the conversation to a dark place – one with possibly no return – and the boyfriend responded in kind. 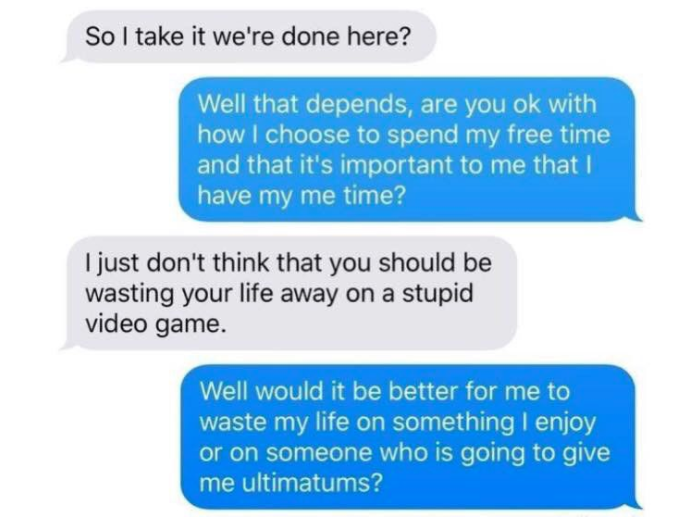 The tension continued to mount as the bewildered woman pressed for further details about the reasoning of her mate. 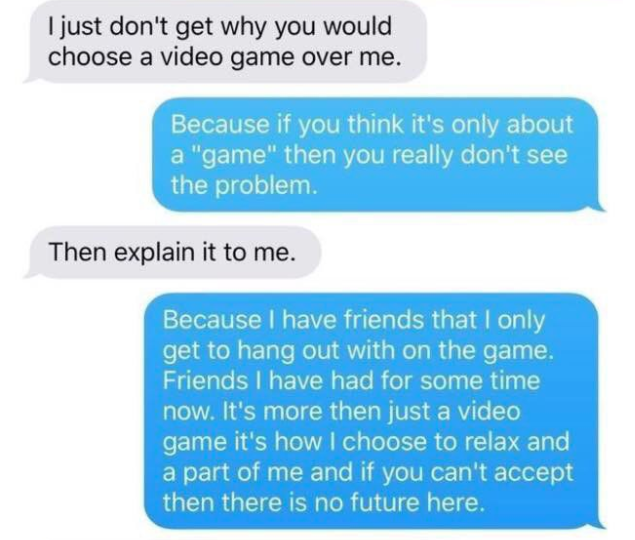 The girlfriend really raised the bar when she called his online gaming friends “fucking nerds on the internet.” Ouch. 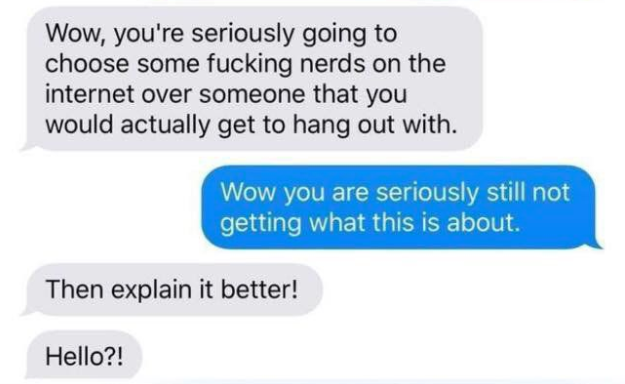 Let’s just say that the dramatic exchange didn’t end on a high note. I have a feeling these two are most likely not spending time together anymore. Right? 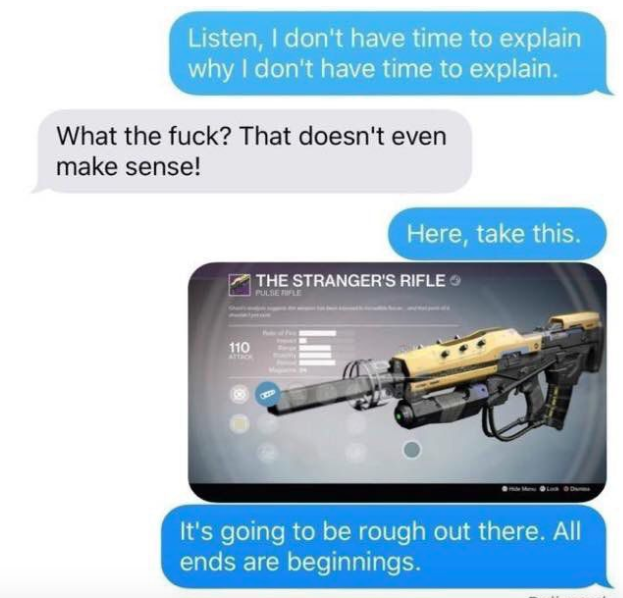 Some Genius Is Recreating Classic Album Covers With Cats