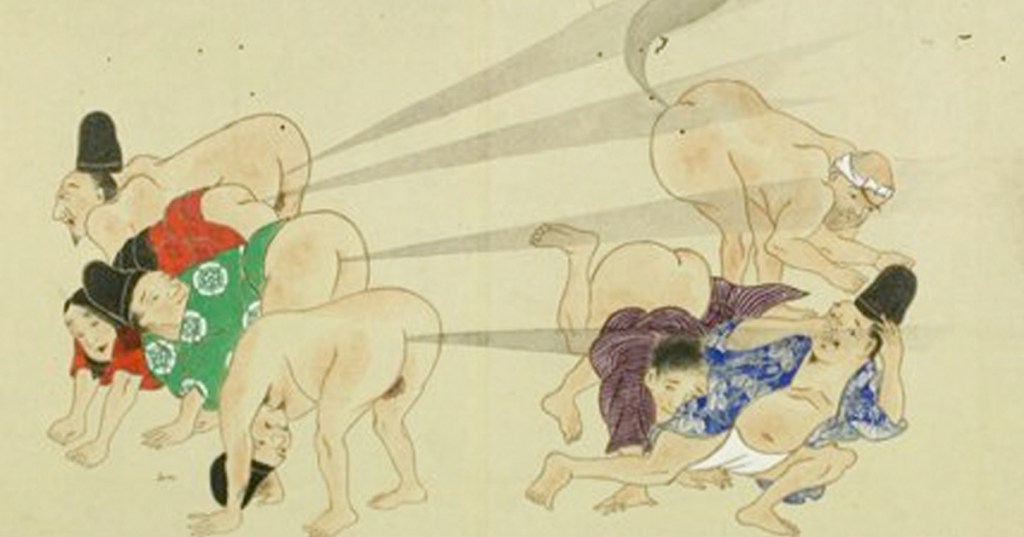 We like to think of the past as a time when people were civil and dignified in their dealings with each other–and by the same token, we imagine ourselves to be hopelessly vulgar and rude. But it turns out people have always had a penchant for crudeness, and for proof, look no further than these 200-year-old Japanese farting scrolls.

The scrolls, called “He-gassen,” or “Farting competitions,” depict people locked in a battle fought entirely with their butt fumes. We don’t know the identity of the scroll’s creator, and we don’t know exactly what the scroll’s message is, but the context of the time period can give us a clue.

As reported in The Daily Mail, The scroll was created during the Edo period (1603-1868), a time when Europeans were beginning to encroach on Japan’s sphere of influence. In response, Japan’s Tokugawa shogunate became increasingly hostile to outsiders, and these scrolls may have been an expression of popular resentment.

And as we all know from Monty Python and the Holy Grail, nothing communicates scorn quite like farting in someone’s general direction.

Note: some of these drawings are a bit NSFW. You’ve been warned up front, so please don’t fart at us!

1. A fart skirmish, with gusts strong enough to blow off your hat. 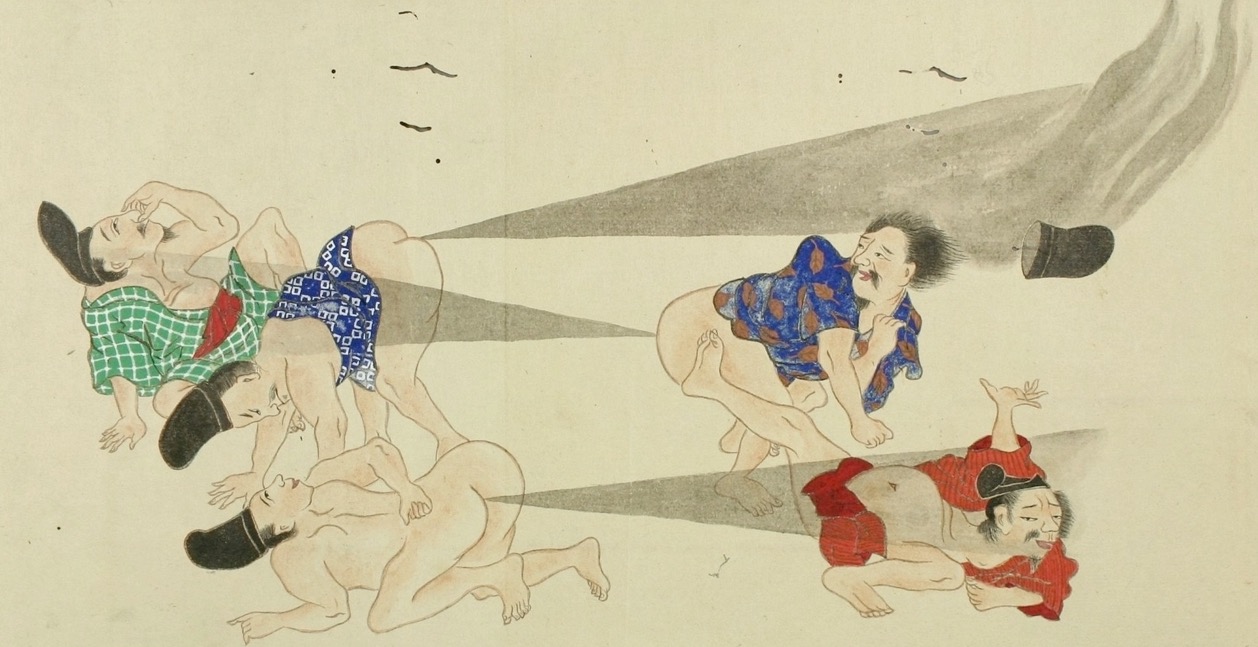 2. If you’re going to be in a fart skirmish, it’s good to bring a shield. 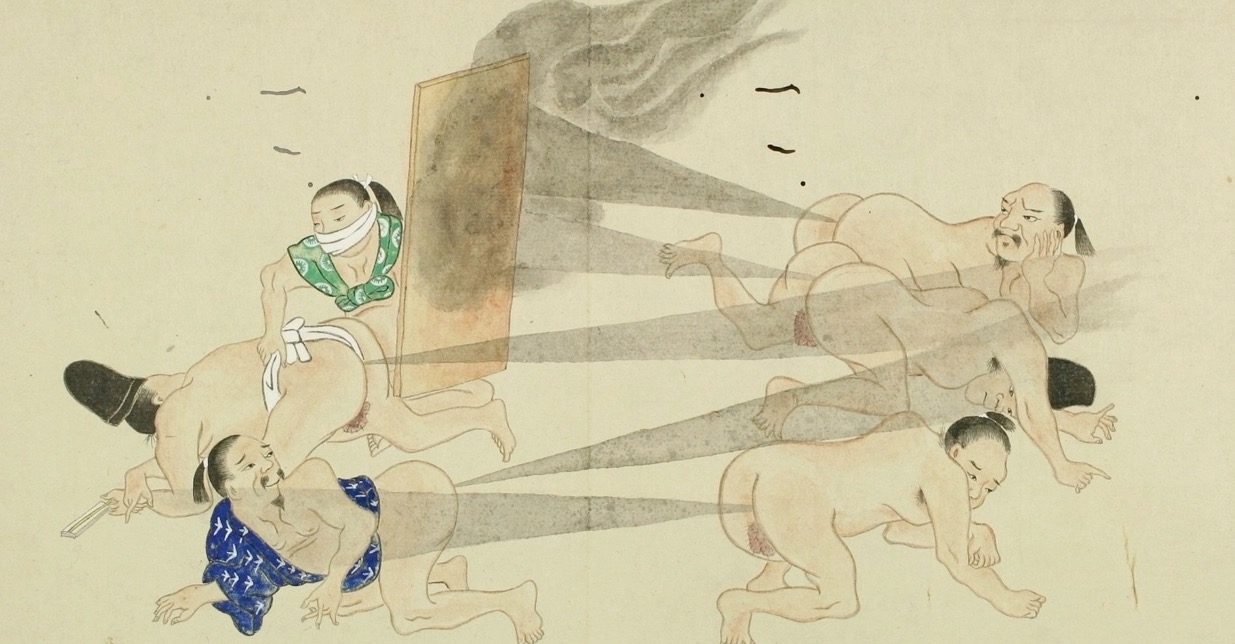 4. Some farts are just too powerful to resist, however. 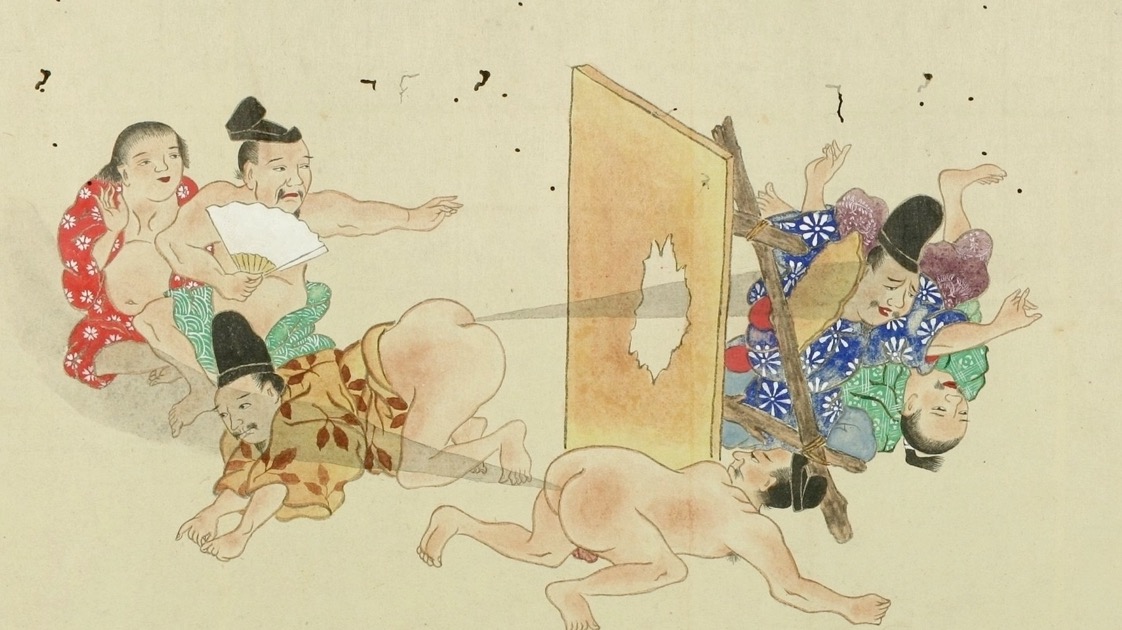 5. When more firepower is needed, everyone can collect their farts in a bag. 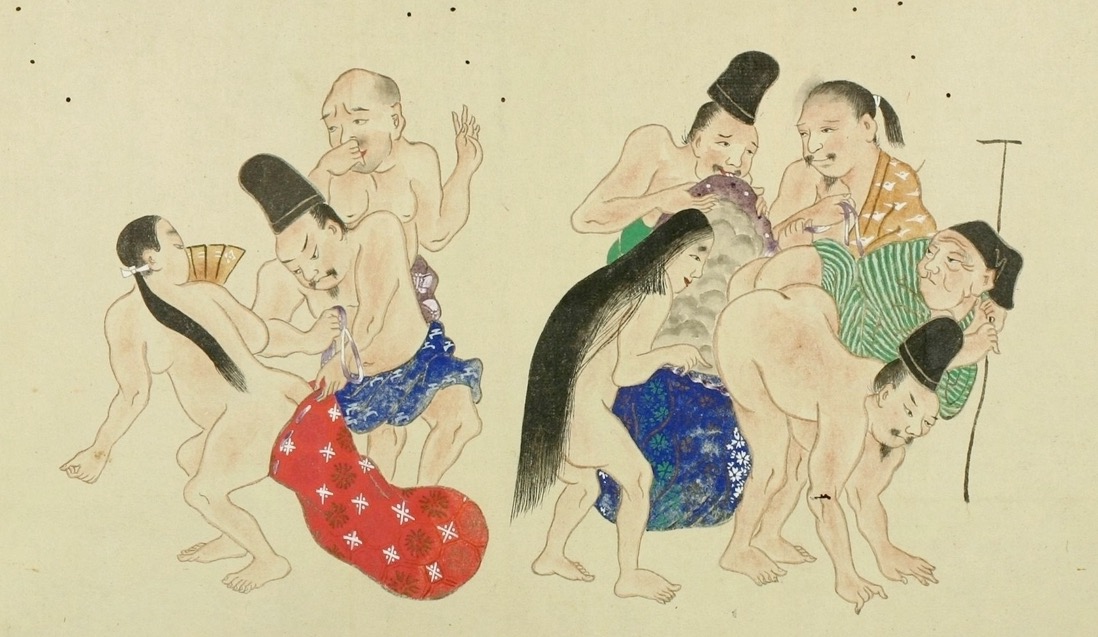 7. Seems like they could have enlisted the horse’s help in their fart skirmish, but whatever.

8. You should need a permit for that.

9. Even the trees are in jeopardy.

10. That’ll bring the family reunion to a screeching halt.

12. Something tells me the He-gassen scrolls guy would have been great at the Internet.