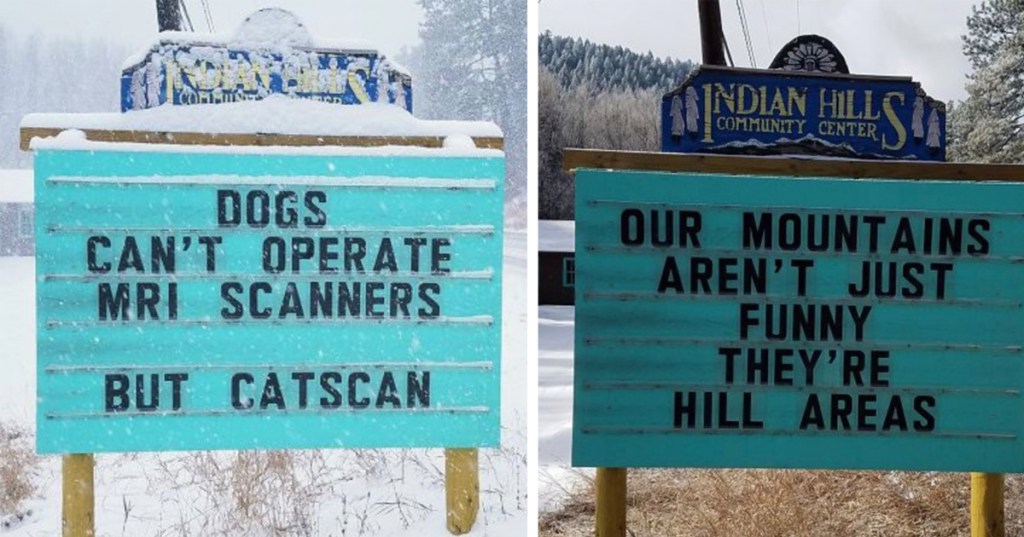 This Genius Will Make You Laugh With His Pun-Tastic Signs

We love it whenever someone gives the world a little unexpected levity–like the Russian guy who turns dirty cars into works of art, or companies that put secret messages in their packaging. And the latest hero is a man who uses a community center sign to delight everyone in his town.

His name is Vince Rozmiarek, and for the past five years, he’s been putting funny, inventive messages on the sign at the Indian Hills Community Center, where he volunteers. It started five years ago on April Fool’s Day, when Romizarek put up a joke sign saying that a neighboring town had taken over Indian Hills and set up a bunch of speed traps. “It really stirred up the area,” Romizarek said. “Many people believed that prank, and the amount of attention it brought was really surprising.”

Inspired by the public’s response, Romizarek began putting up humorous signs a couple times a week, often using puns or current events. He says it’s a challenge to keep coming up with material, but knowing that people enjoy it keeps him going.

Below, you can check out some Romizarek’s top shelf puns and jokes, (via Bored Panda). And if you like his work, make sure you check out his Facebook page! 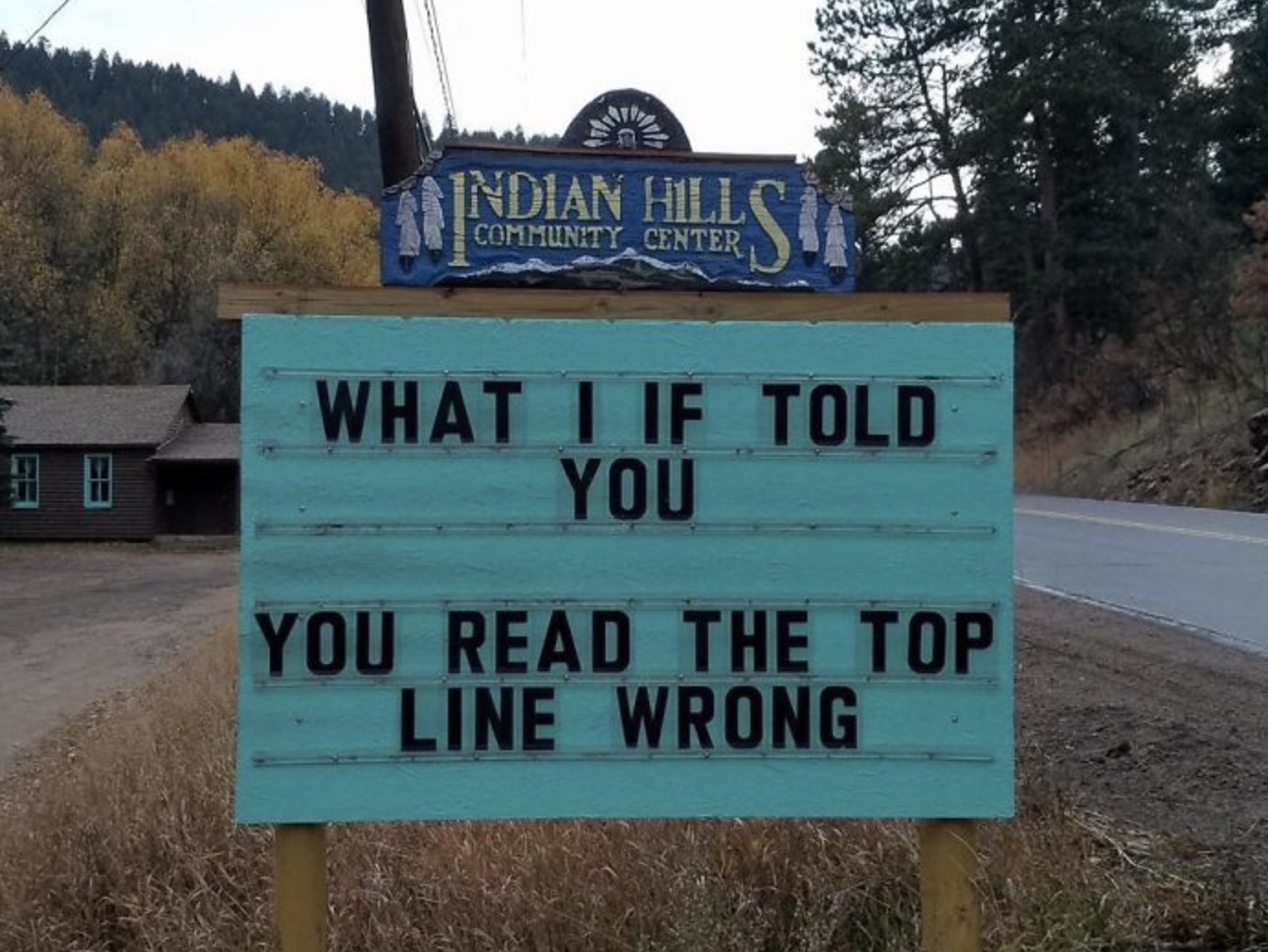 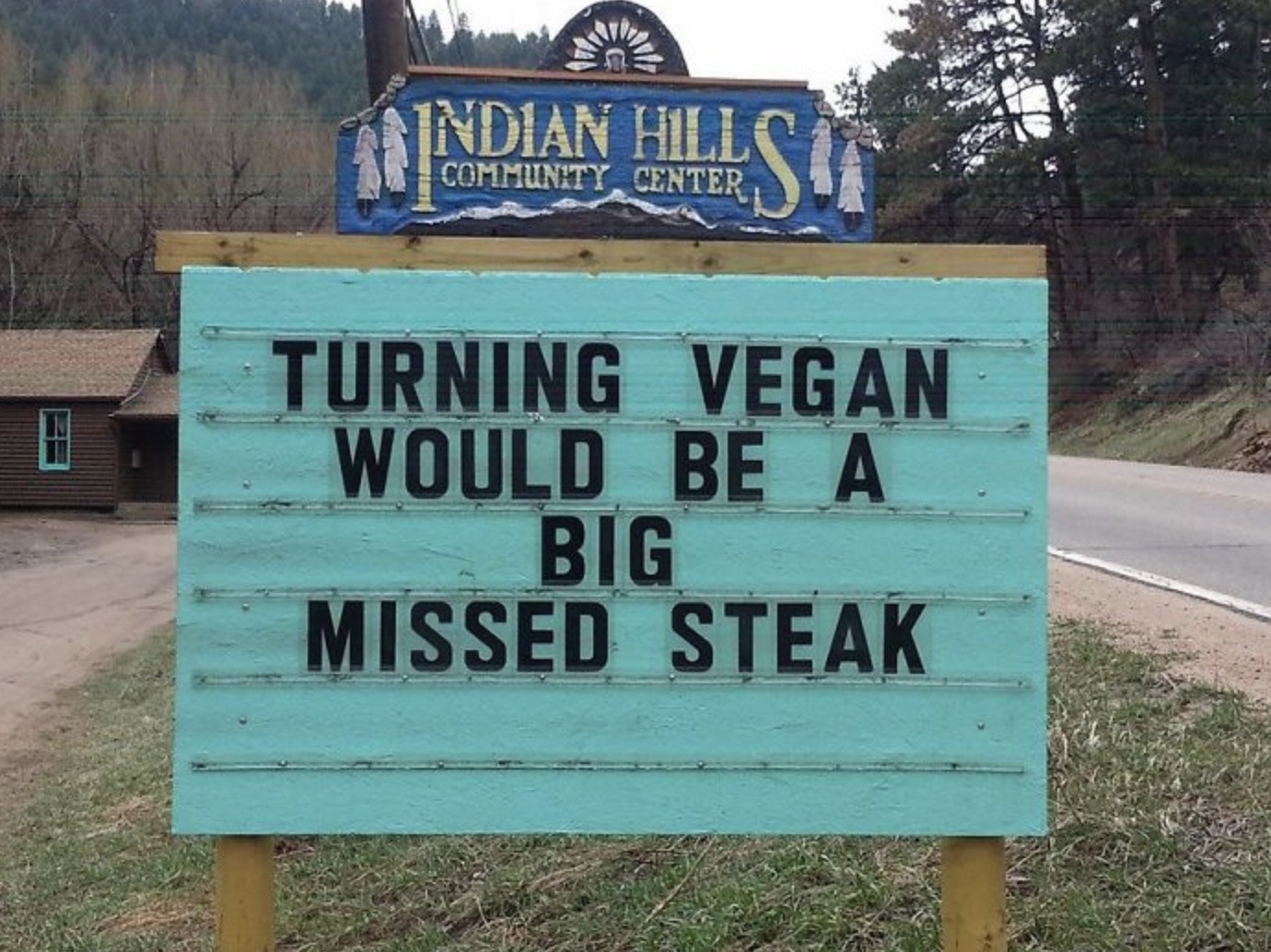 3. This one’s for the science majors. 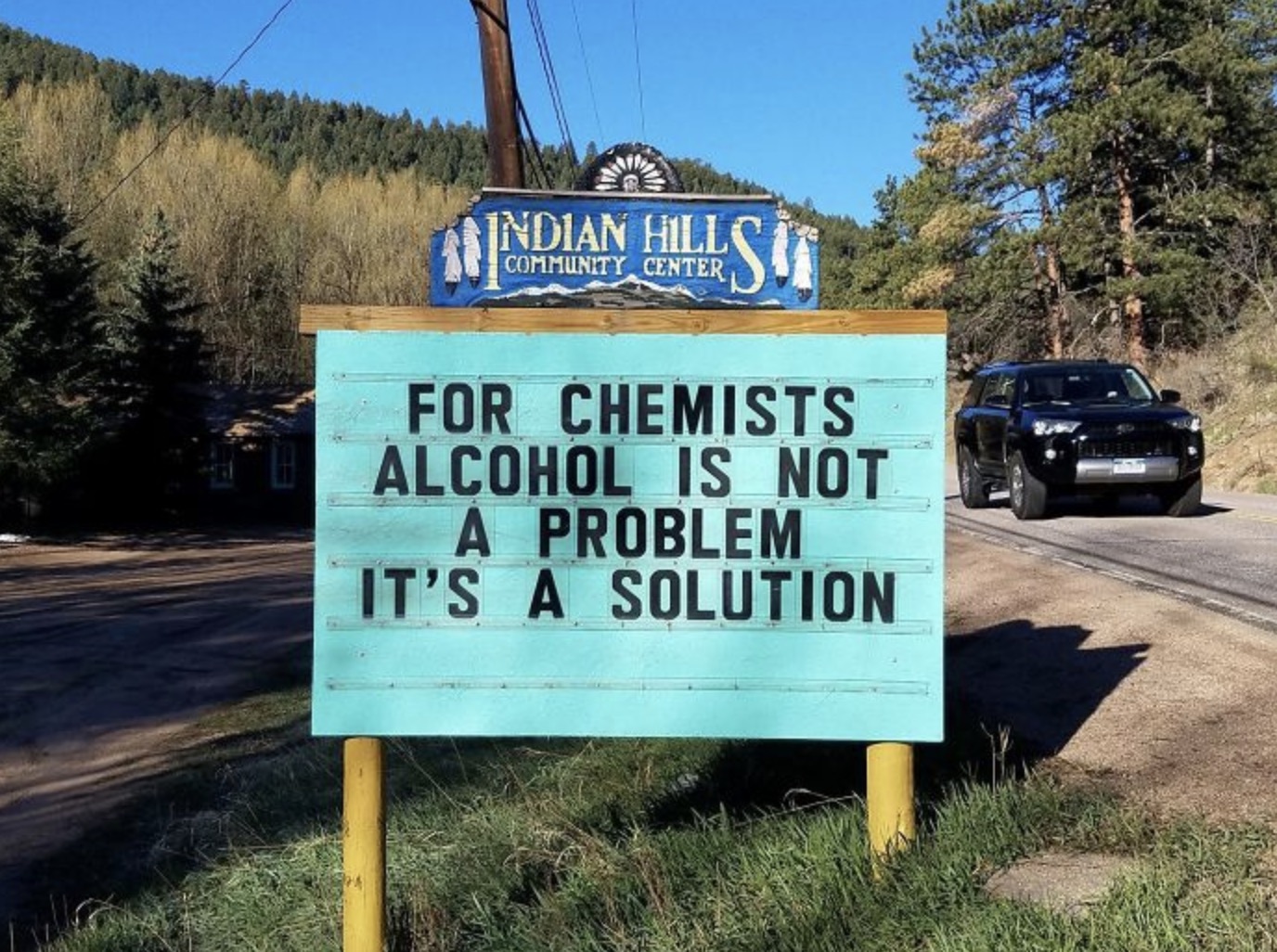 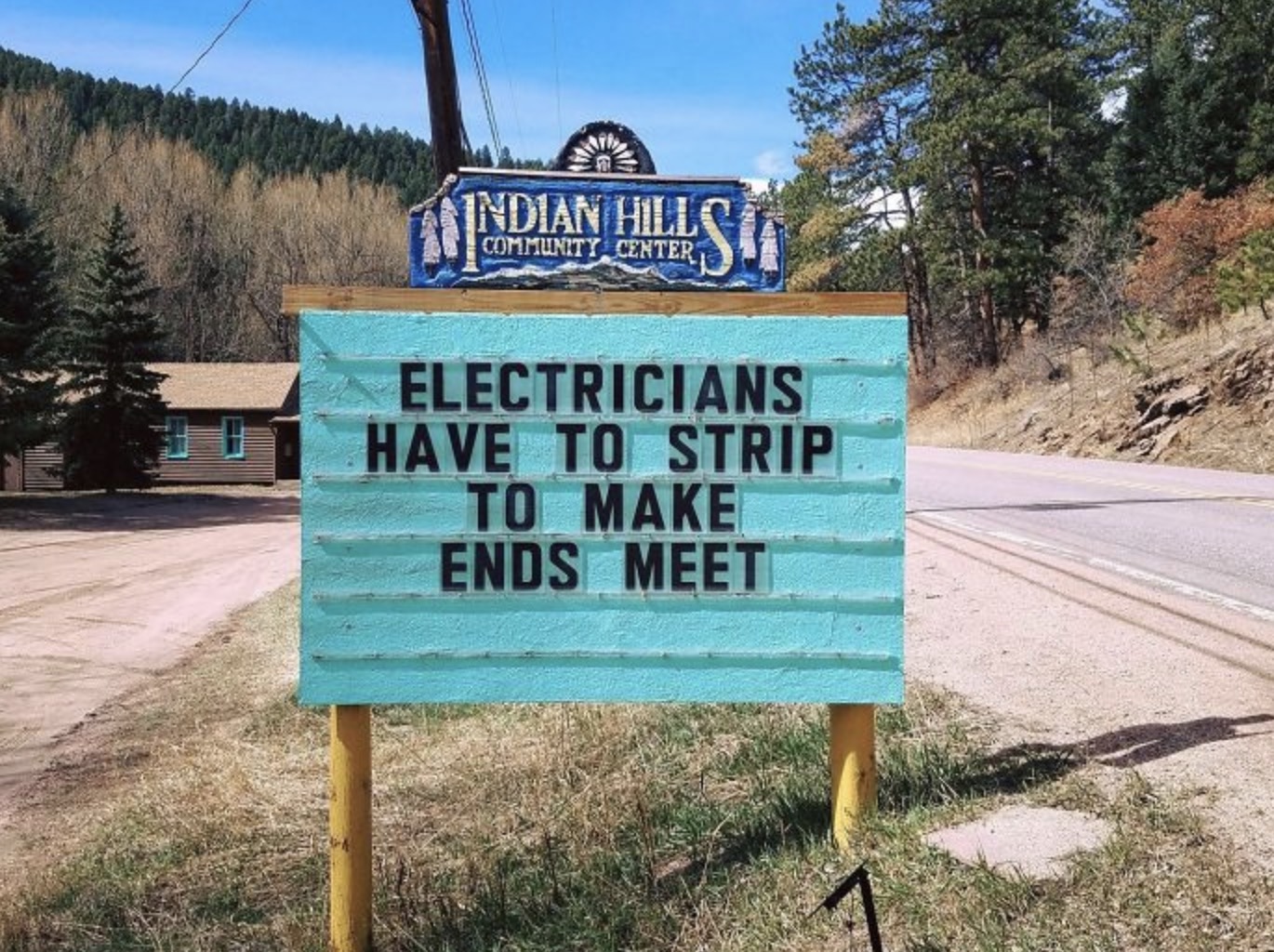 5. They always got your back. (Except for those hard to reach spots.) 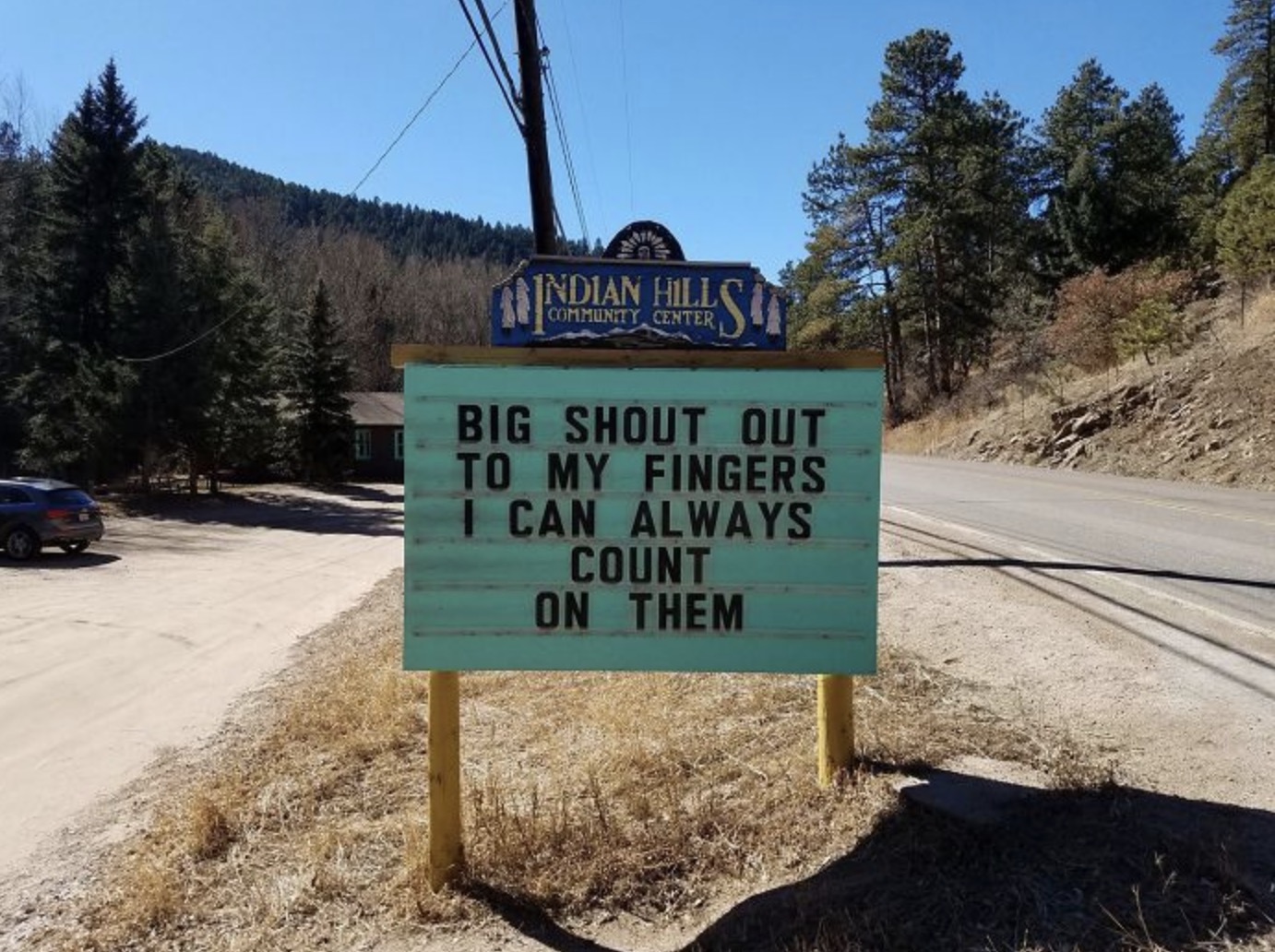 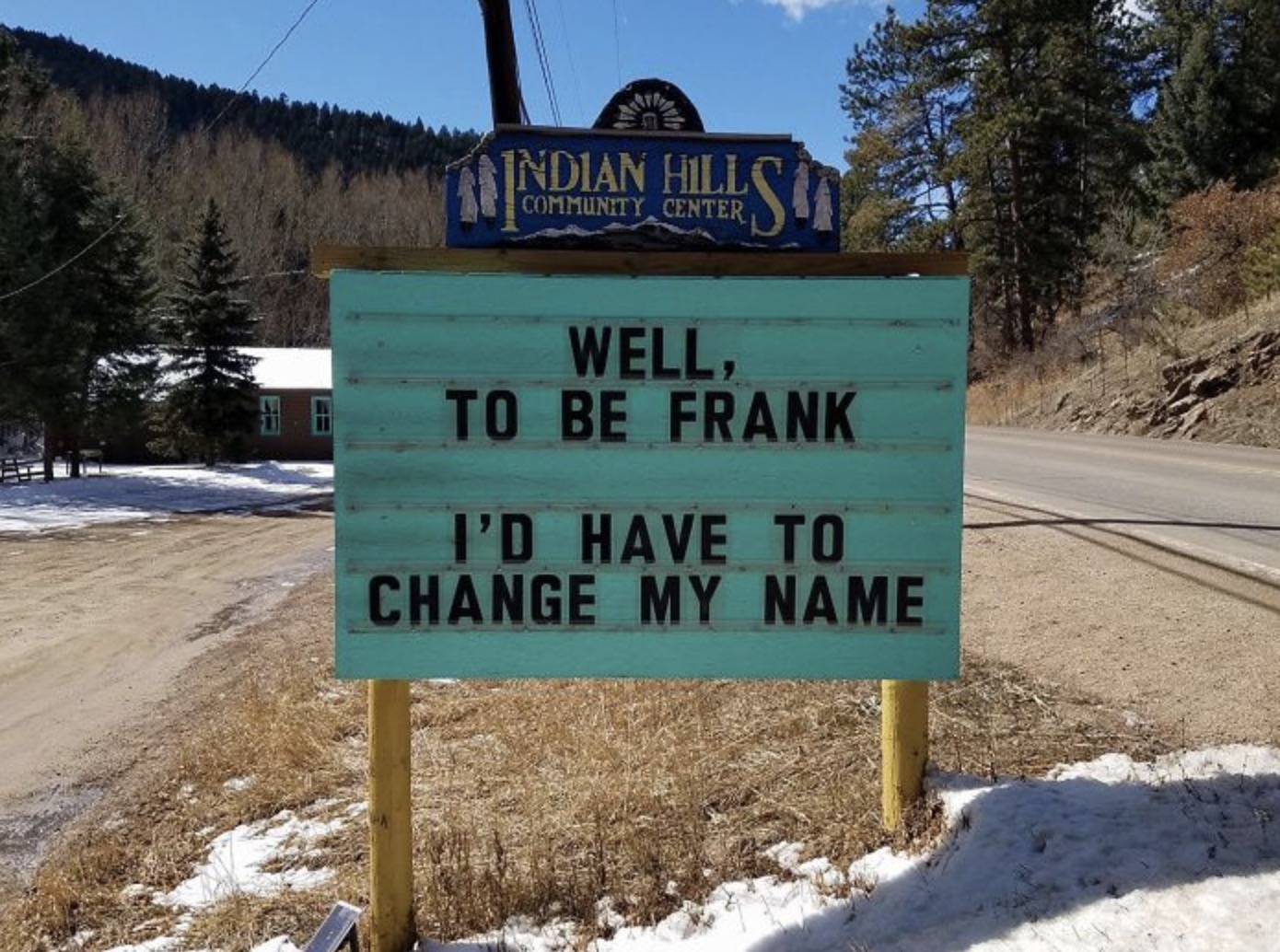 7. A candidate for the Groaner Hall of Fame. 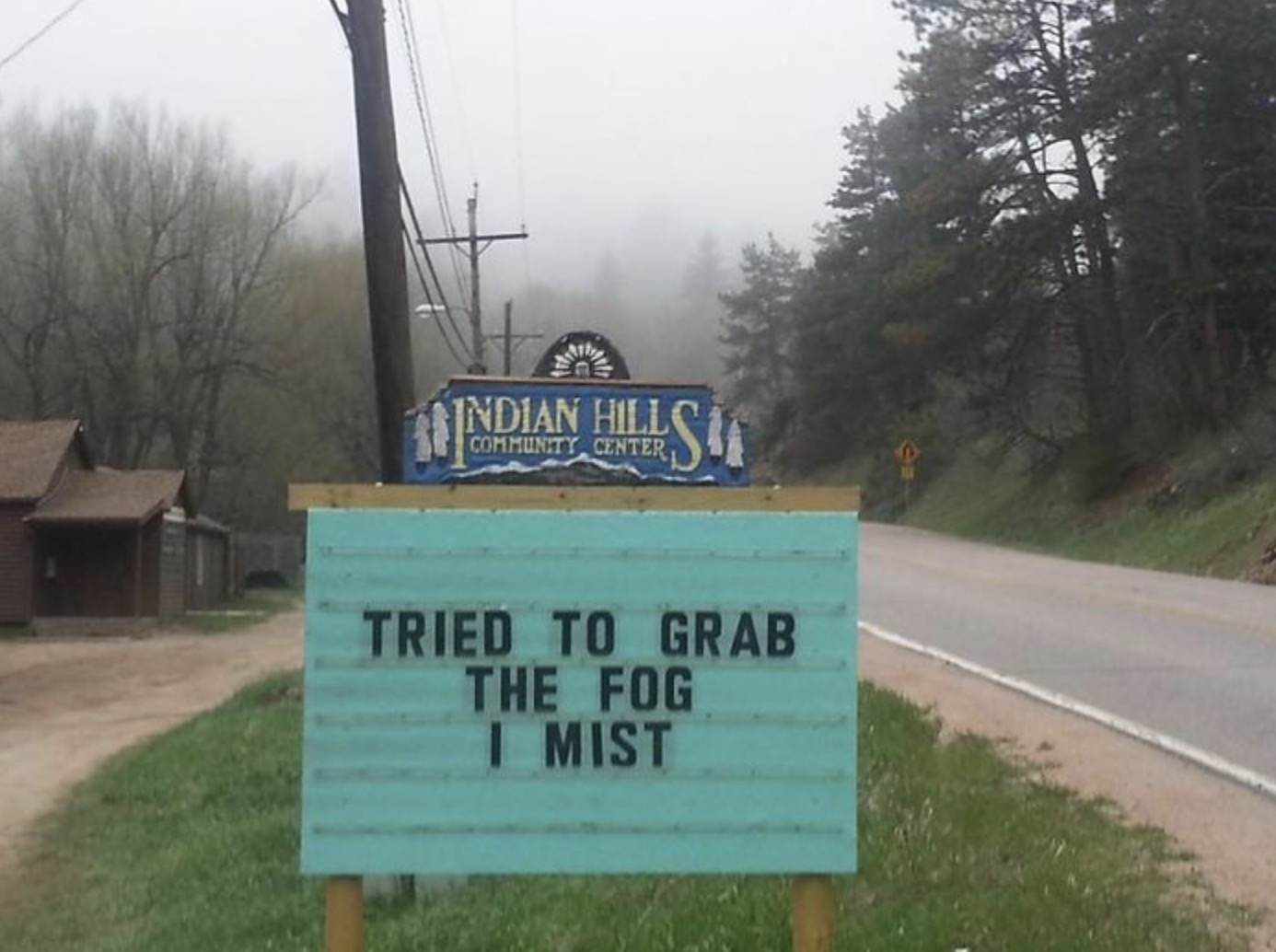 8. If you want to be funny, you gotta produce. 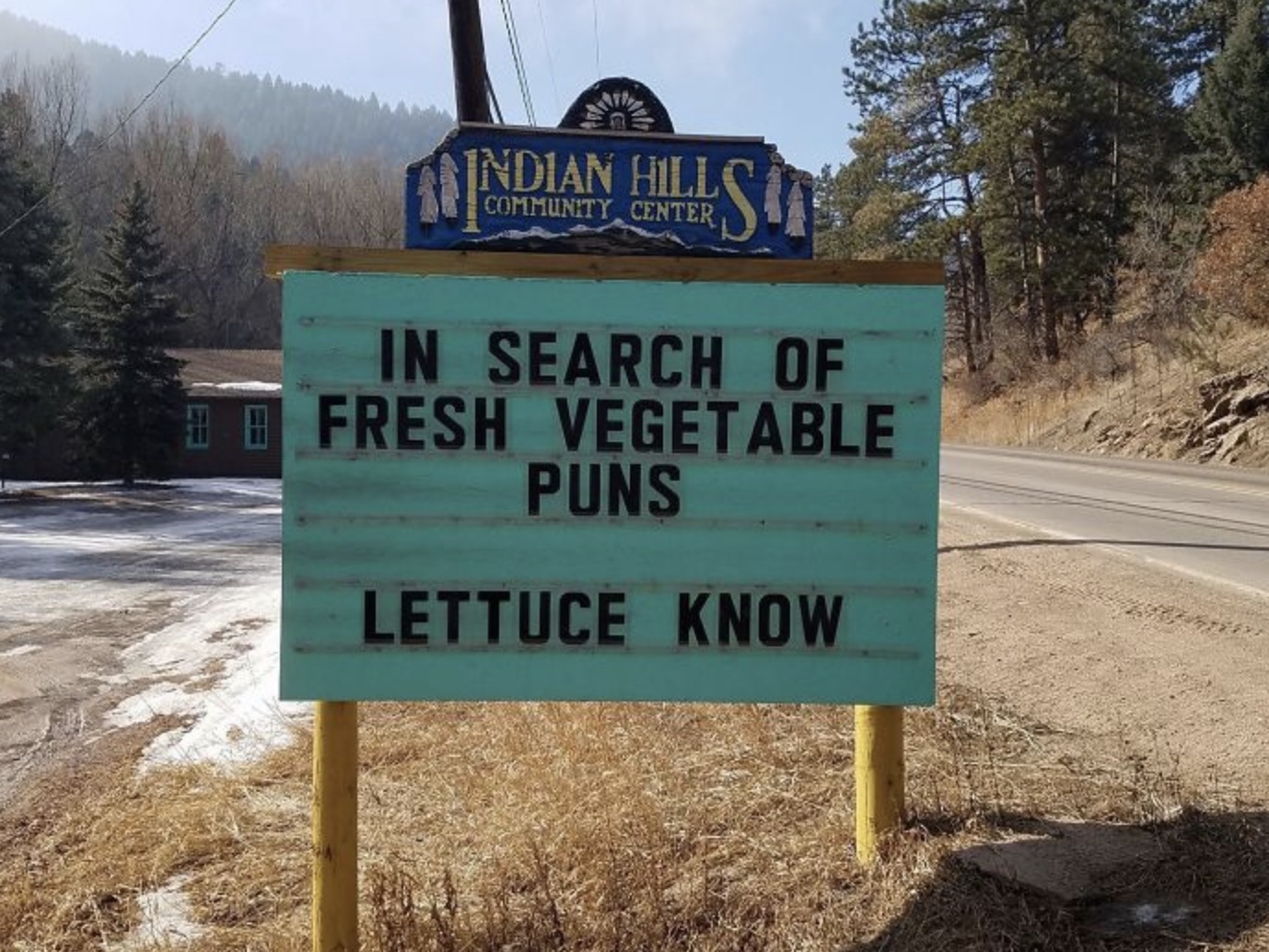 9. More PSA than joke, but we support it. 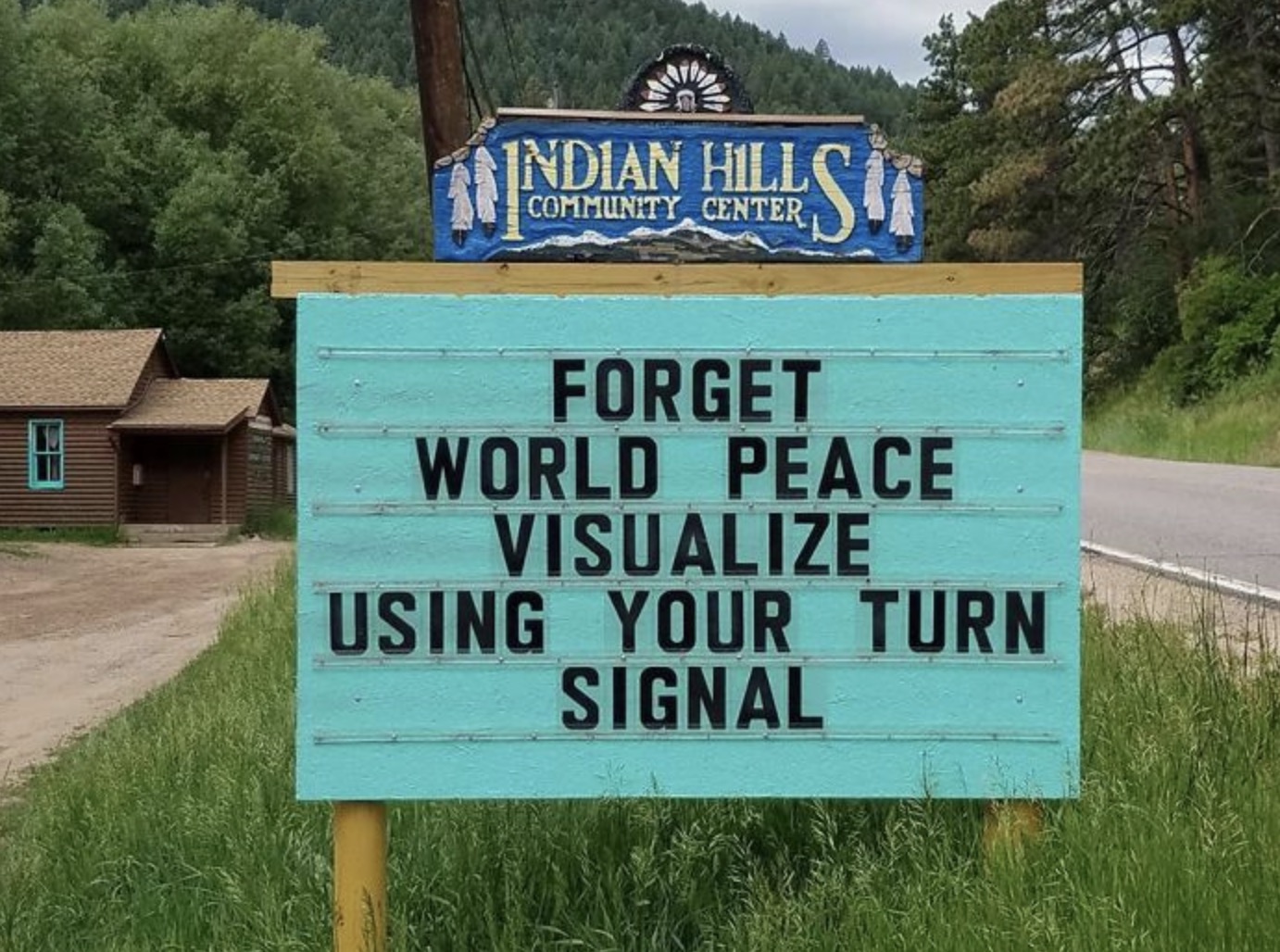 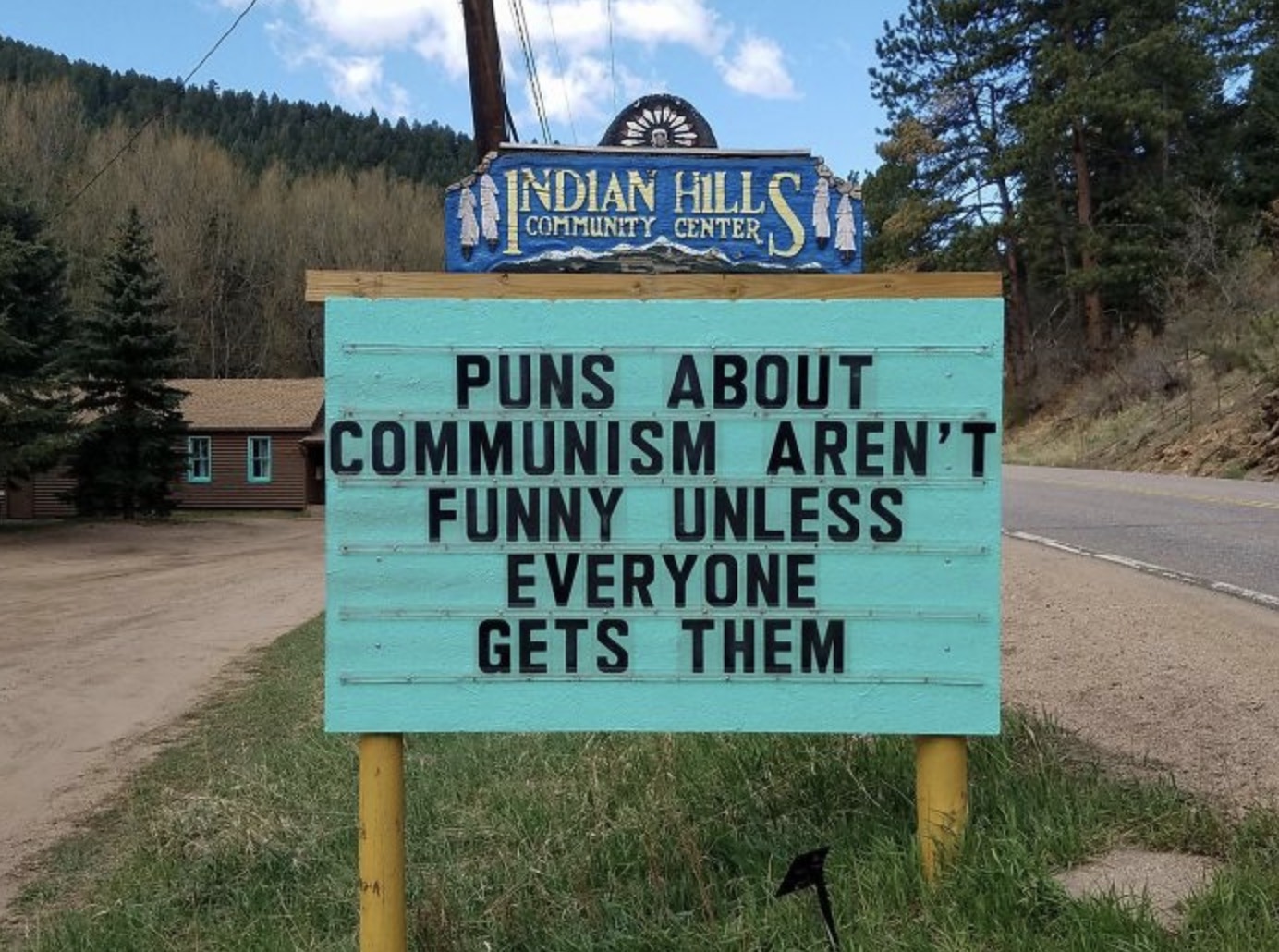 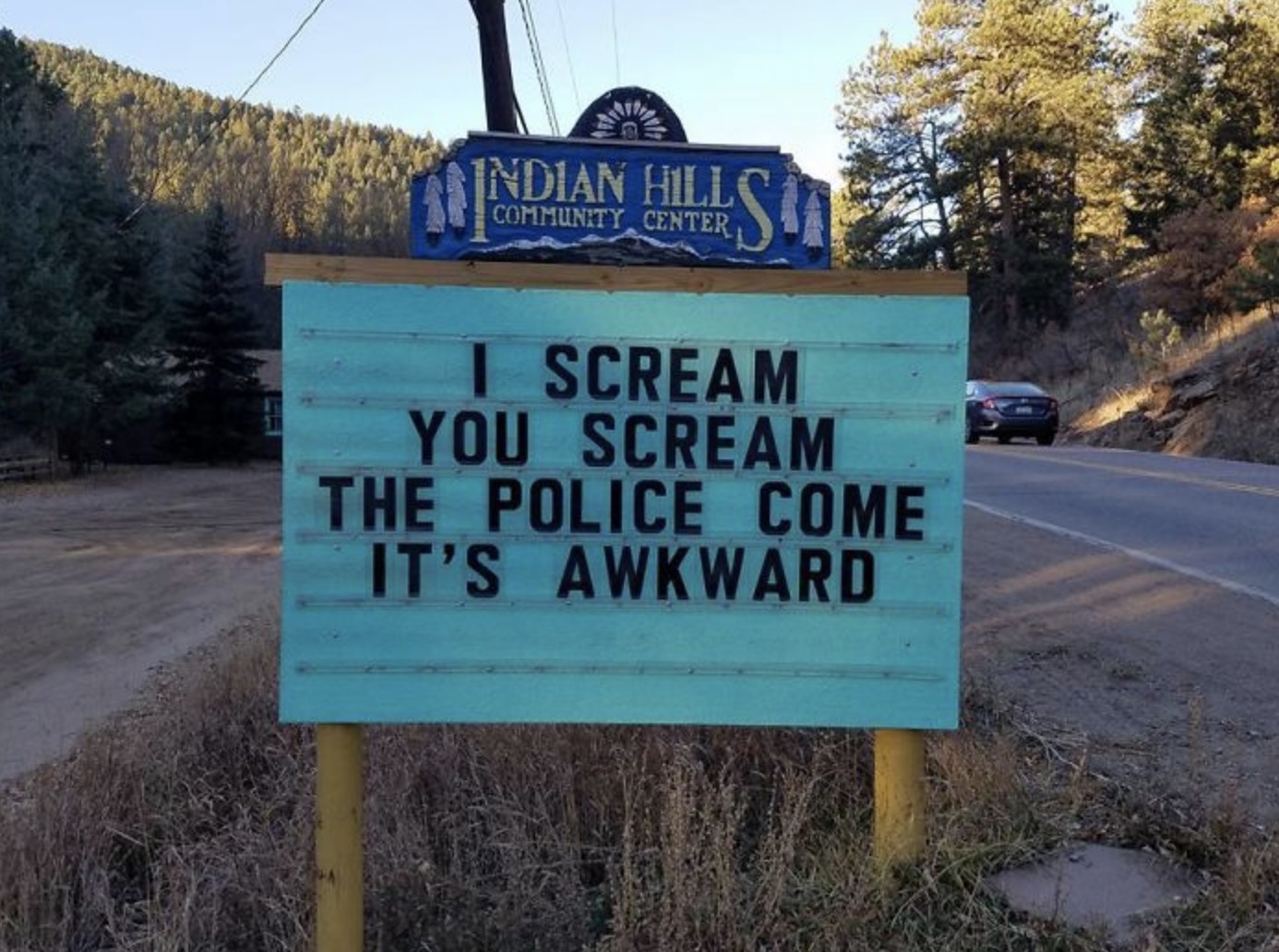 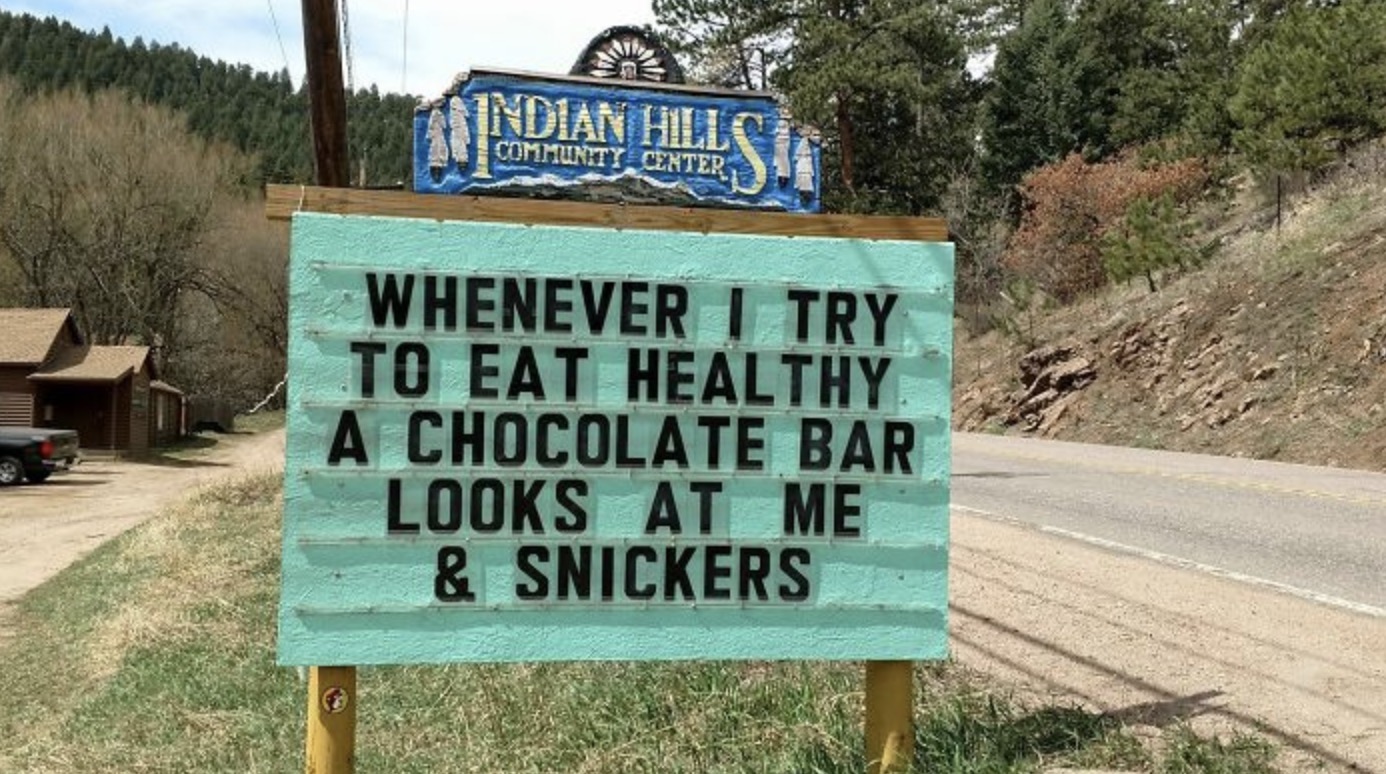 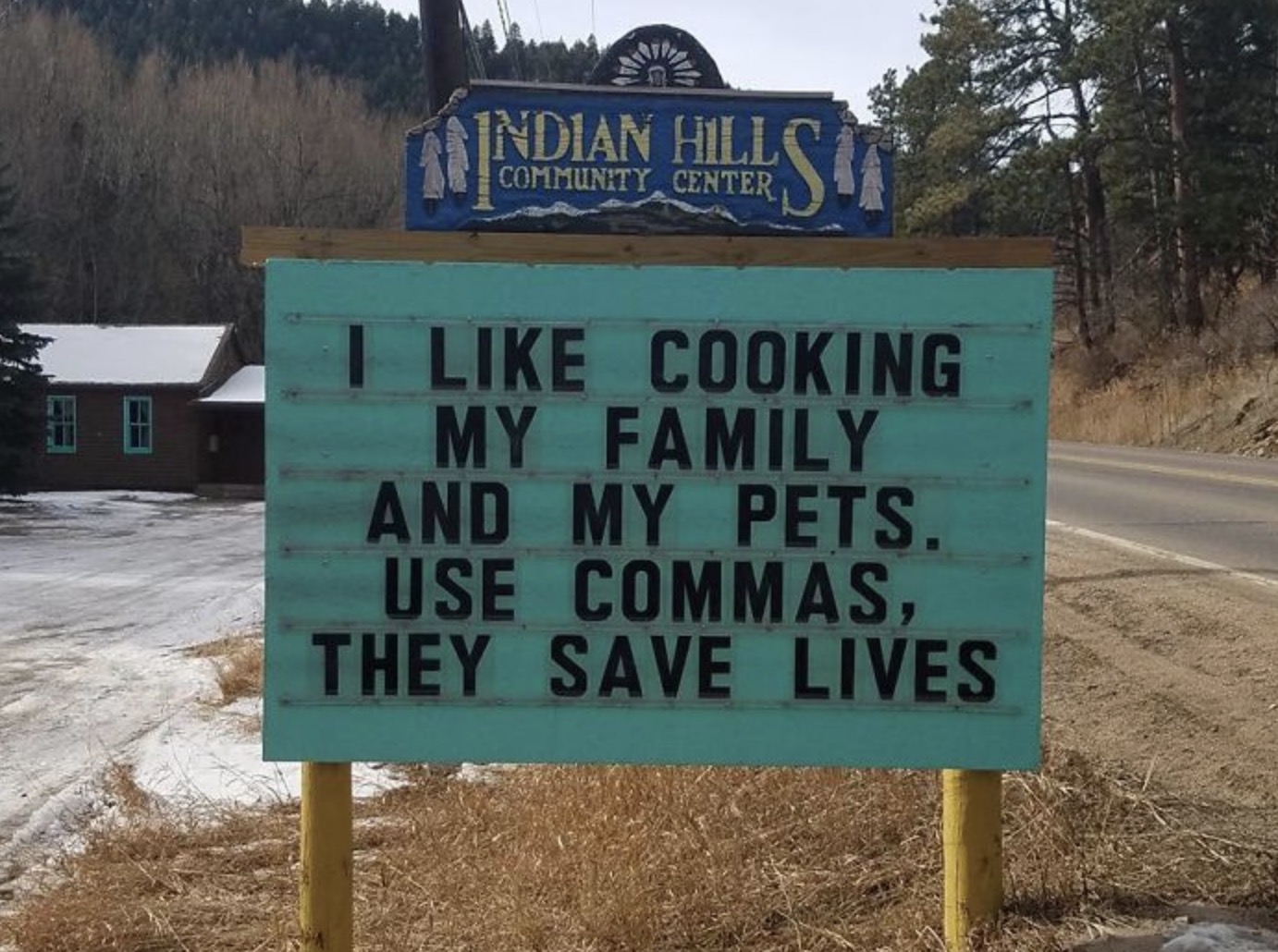 15. And finally, some Colorado humor. 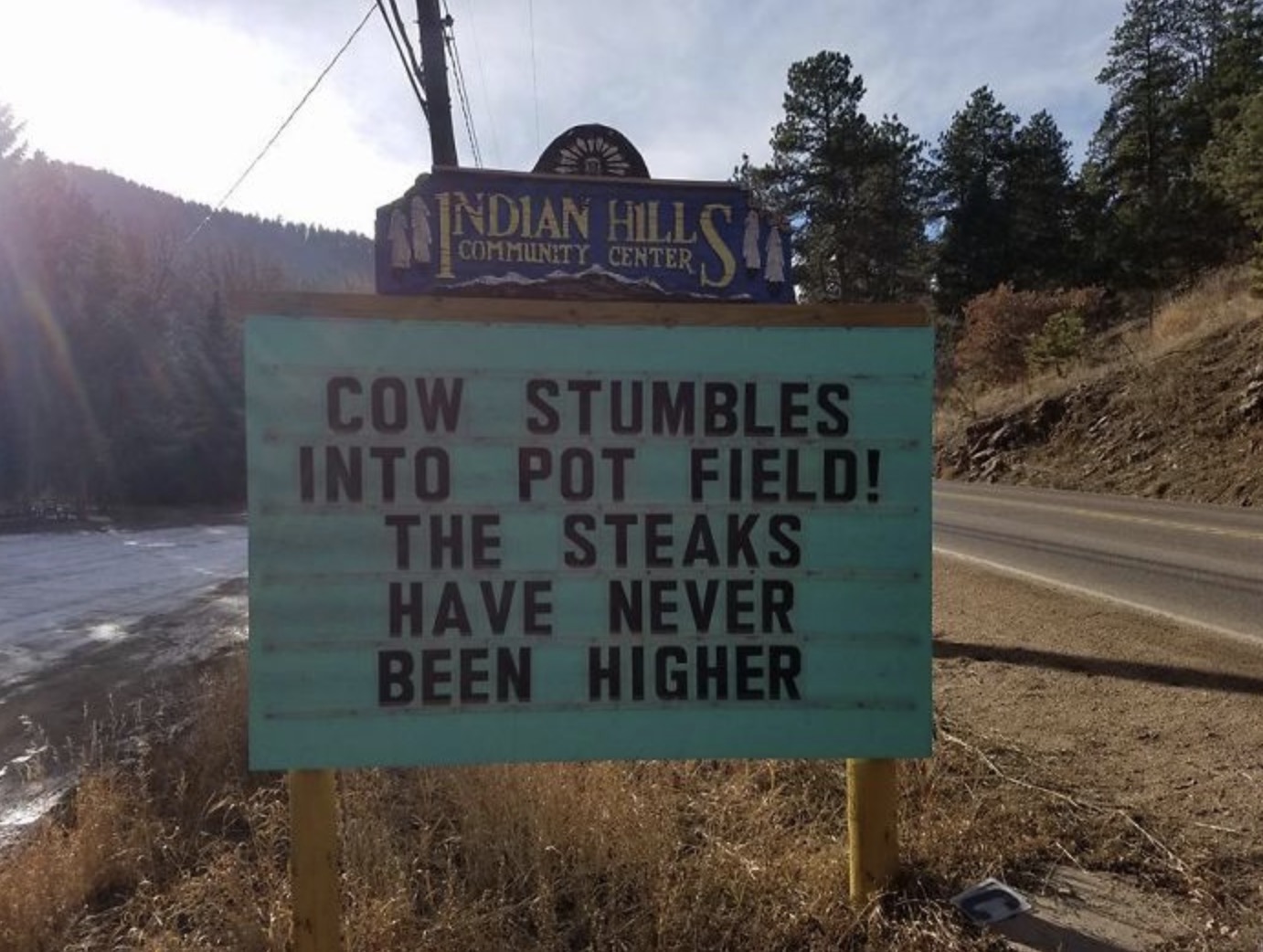