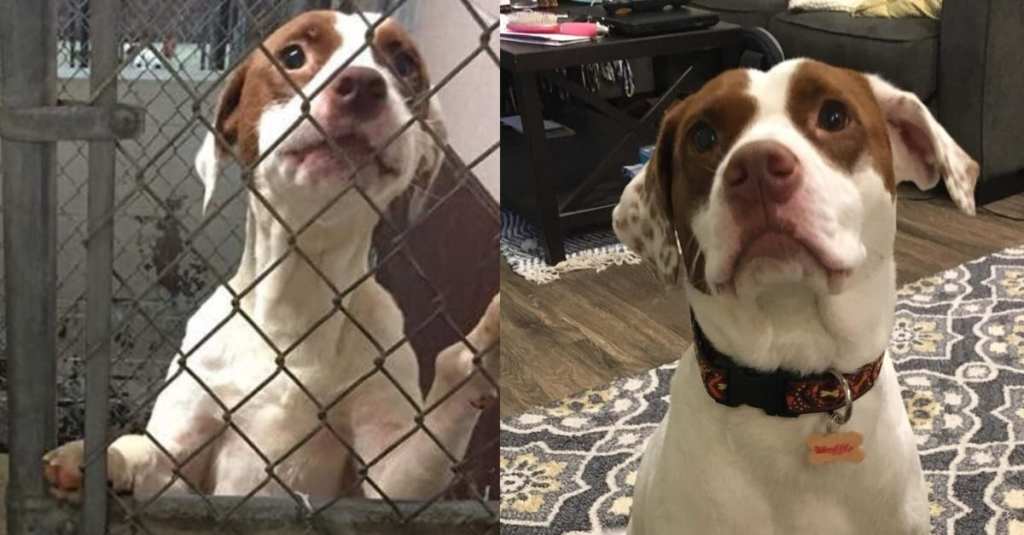 Before and After Animal Adoption Pics That Will Melt Your Heart

About a year ago, my parents rescued a dog from a shelter. They hadn’t had a dog in the house in over five years since their last one had passed away, and I think they were a little bit nervous about it.

But Coco has been an absolute delight and my parents absolutely love her to pieces!

It just goes to show you how much love and happiness that animals bring into our homes.

Are you ready to meet some rescue animals that will melt your heart? Let’s take a look!

And that’s a good thing!

When I found Fred on the side of the road he was skittish, neurotic, and sweet as could be. One month later he’s still all those things, but now he’s fat too. Love him more every day. from BeforeNAfterAdoption

But we’re glad that Dooby is now living his best life.

This is my precious little man, Dobby. He was dumped off at a shot clinic. The owner said she did not want to “deal with him anymore“. I cannot imagine the pain that he was in. He has made a miraculous recovery and is a very special little guy! from BeforeNAfterAdoption

3. Rescued from the streets.

This one was a major turnaround.

Phoenix was rescued from the streets and was covered in hot tar. Little over a month later, he looks amazing, he loves humans and is ready to enter a loving home ? from BeforeNAfterAdoption

And we’ll keep you safe.

When we met her in the shelter my daughter immediately started whispering in her ear “your okay, we’ll take you home and keep you safe, we love you already” from BeforeNAfterAdoption

5. Now you can relax and enjoy yourself.

Look at how calm she is in her new home.

After 4 years in the street, Annie found her home with my parents. First day vs 1 week later from aww

Fed junk food and never given any exercise her whole life, Shiloh couldn’t walk more than 10 meters before having to stop and rest. 3 months later, she’s lost 30 pounds and can walk over 1 km without stopping! from BeforeNAfterAdoption

This is Edgar before and after getting adopted. (My first shelter pup, Steve, is in the back there.) from BeforeNAfterAdoption

Bringing joy to her owners every single day.

After surviving severe neglect, heartworm and mange, Waffle still has a heart of gold and loves everyone she meets. She makes us smile everyday! from BeforeNAfterAdoption

9. Who the hell would do this?

My next-door neighbors abandoned their dog and got a new puppy. She was in the shelter for a full month before I realized what happened. This is Missy in the shelter, and when she realized she’s never going back. from BeforeNAfterAdoption

10. Look at this transformation.

My Midnight’s transformation from BeforeNAfterAdoption

And he’s loving his life now!

Ride from the shelter VS. Ride for fun from BeforeNAfterAdoption

12. Saved from underneath a car.

You did a good thing. Bravo!

One year ago, Jake was found underneath a car, alone and half frozen. He was 4 weeks old and his mom was gone. Now he’s the biggest kitty with the most personality that I’ve ever met. from BeforeNAfterAdoption

I can’t get enough of these pics!

And now we want to hear from you.

In the comments, please share some photos of your furry friends.