Let’s face it, in the age of Internet dating (which is basically like being set up on an endless series of blind dates, but instead of a trusted friend as the go-between, we’re trusting computer algorithms), you’re going to need a good reason to split once in a while.

So here you go –  keep this list in your phone. Or, if you’re not into crib notes, just memorize a few.

20. The grass is always greener and all that 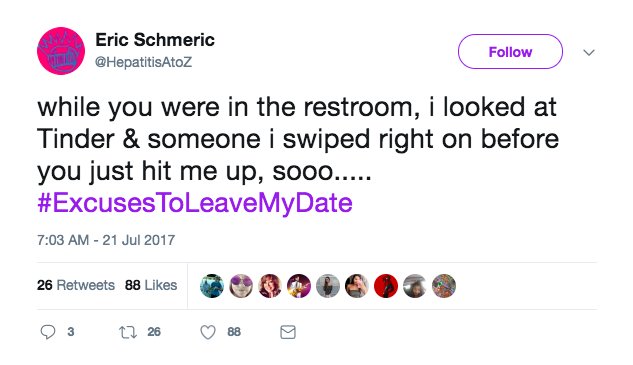 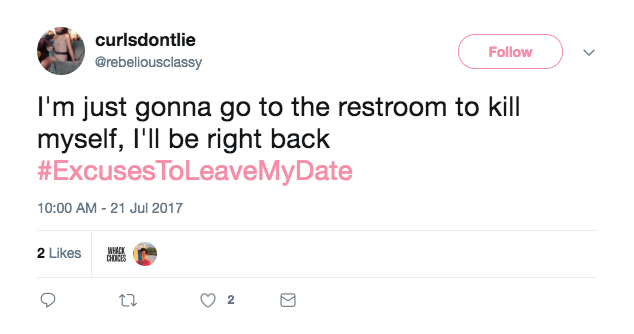 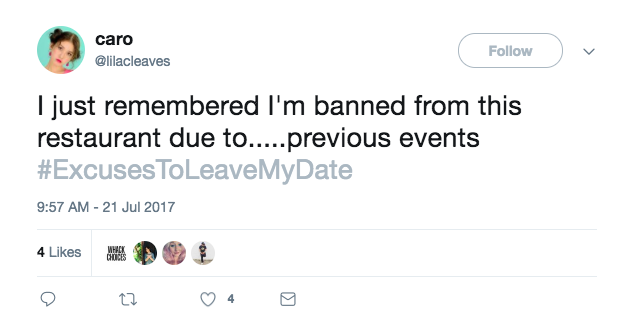 16. No one likes an early finisher 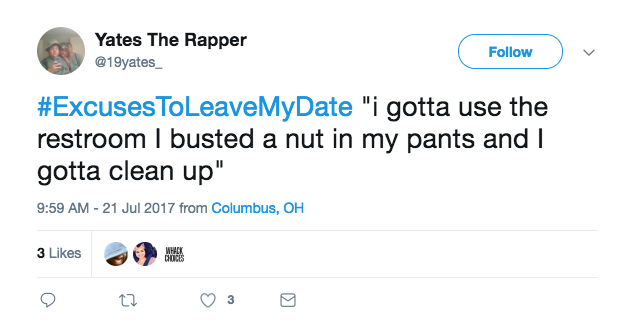 15. If someone said this to me it would make me want to date them MORE. Lol. 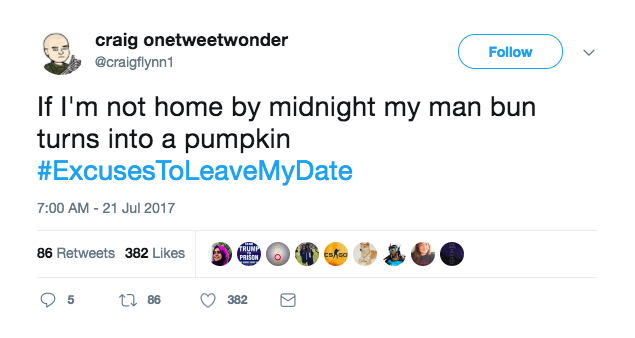 13. I feel like this would just turn some people on

12. People do love their hashtag game! 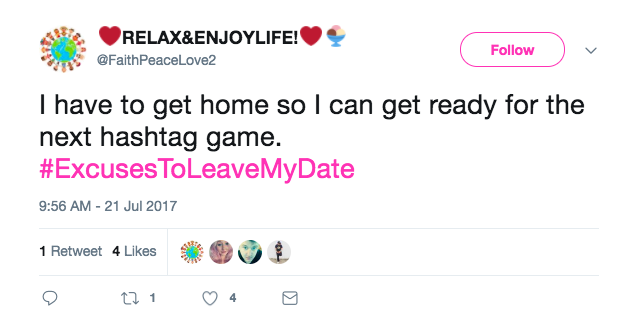 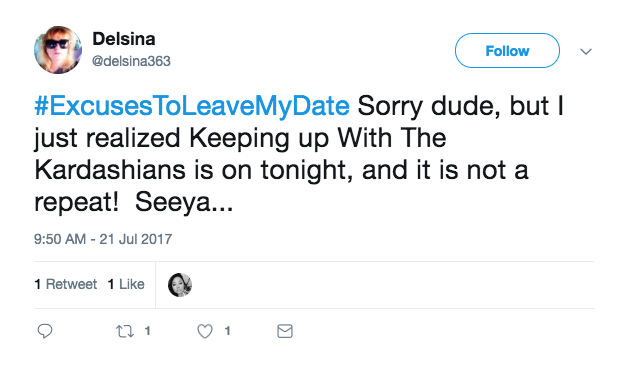 10. This is a ripoff of a Seinfeld joke, but it’s still funny 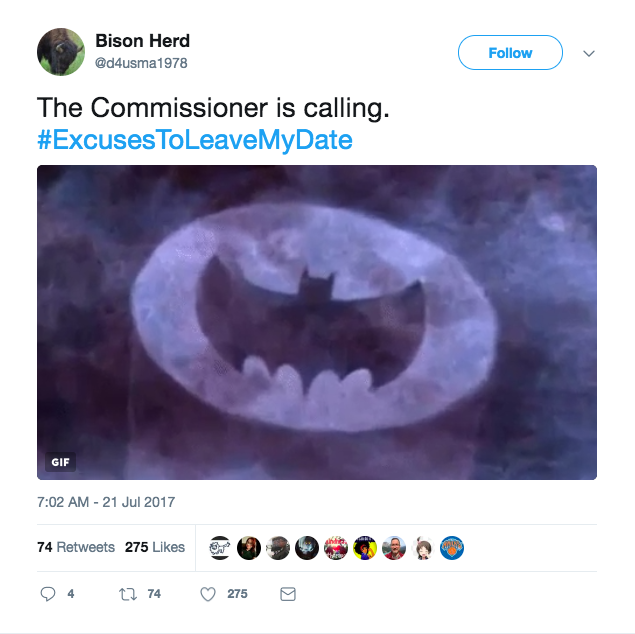 9. Pretty sure Bette Davis used this one already

7. Definitely a little too much for a first date

6. There’s always gotta be one… 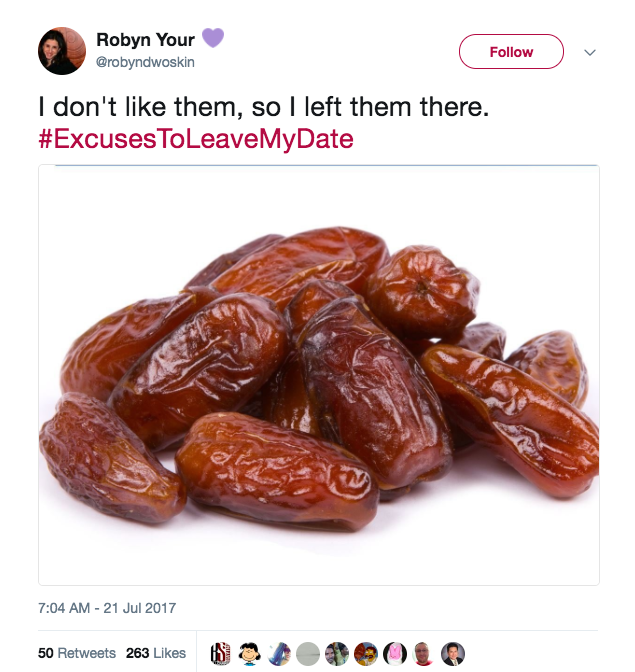 4. I imagine the other person’s chair spinning like in a cartoon when they run away 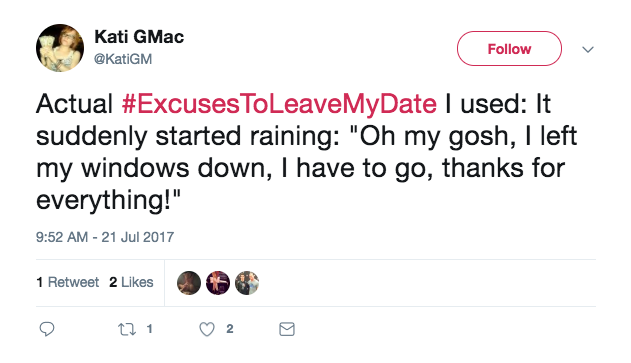 1. This one is my personal favorite

Dad Photographs His Twin Boys in Hilarious Poses and Situations