17 Nutso Stories of Why Students Were Sent to the Nurse

What was the weirdest reason you ever ended up in the school nurse or counselor’s office?

I used to just make up reasons to go to the nurse when I was in elementary school. It wasn’t that I hated class or my teachers. I loved them all back then. I think I just wanted to see her as often as I got to see all the others.

She was a nice lady. I’d pretend to have a blister, and she’d tell me to put Ben-Gay on it.

Thankfully, these next 17 stories from askreddit are all better than mine was:

I put my hand through a window in highschool trying to kill a bug on the window.

We have a student (1st grade) who poops his pants on purpose when he wants to go home.

About once a week.

One day in 8th grade we were doing an experiment with boiling water.

I sat on the lab tables, because cool kids don’t sit in chairs.

I was about a foot away from the boiling water, and a kid ran into the table and spilled it all over my buttocks.

I ran all around the room and to the nurse’s office, where instead of ice packs they had, frozen paper towels.

Called my mom, she didn’t believe me, but came an hour later and took me to the emergency room.

2nd degree burns all over my butt and my hands.

I was thereafter known as “Rump-Roast” 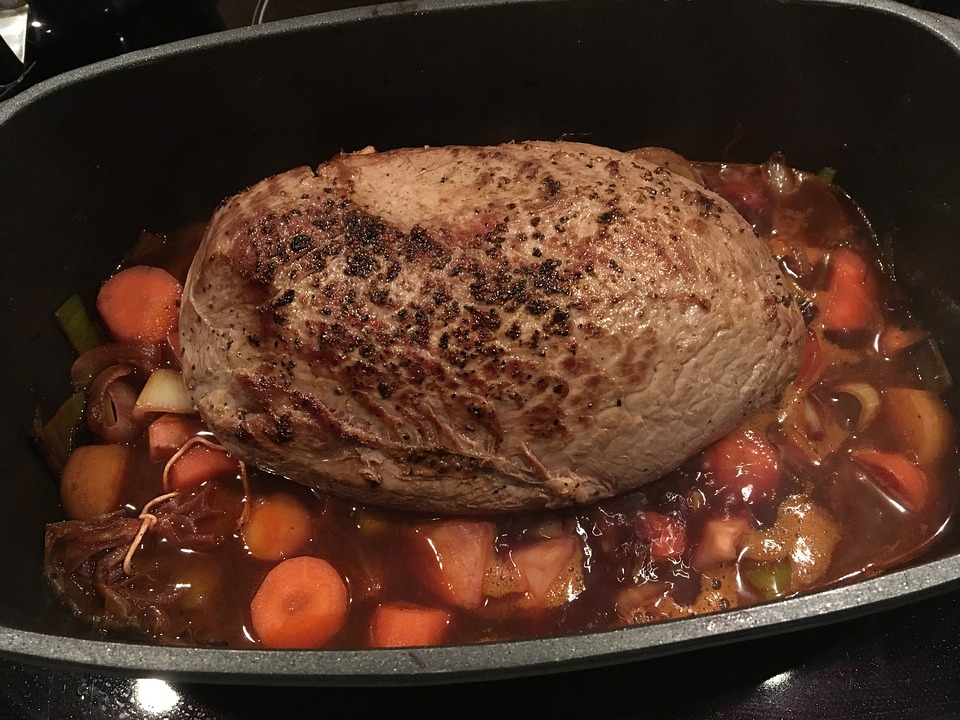 One time I had to go to the nurse’s office at school, because I had a ring-shaped bruise around my mouth, and the teacher and nurse thought I was being abused.

What really happened is that I got a cup stuck on my mouth by sucking all the air out of it the night before while I was taking a bath.

I have one involving both counselors and nurses.

I have very well-documented allergies to things like peanuts and pet dander and dust mites and fabric softener and anything that flowers, so, basically, I am always having some kind of allergic reaction.

My school had a zero-tolerance policy, so I had to go to the nurse and ask politely for my allergy medication on the relatively frequent occasions I would break out in painful hives.

After realizing I was doing this, the school counselor started intercepting me to interrogate me about why I was trying to get out of class, what was “really” bothering me, and if I had found some clever new way to get high.

The phrase, “No, really, look at these nasty hives all over my arms,” meant nothing to her. She eventually CALLED MY ALLERGIST to ask him, “hypothetically,” if it was possible for me to have reactions this frequently, then called my parents and suggested they consider taking me to a psychologist, because it might be psychosomatic.

It wasn’t. My immune system is just poor.

I grew up with a dairy allergy, not lactose intolerance, like an actual allergy where I was told that my throat would close and eyes swell up.

It actually did a couple times when I was much younger. But, I was pretty vigilant about not eating dairy, so I don’t have an actual memory of a reaction.

Well, second day of my freshman year, I bought a sub and checked it for cheese, then ate half of it before I realized there was white swiss on it.

I freaked out and went to the office and told them. They called an ambulance, and my parents rushed there.

It turns out that I’ve definitely grown out of the allergy.

10 years later, and my friends still harass me about the time I got scared by a sandwich and called an ambulance.

Still embarrassed about it every time.

As a school counselor I had a student come in crying because she was pregnant. When asked about birth control she said, “But, I took the pill before AND after.”

Had a 7th grader ask where student parking was on the first day of school.

Had a third grader hold a sharp pencil to his belly button and run into the wall… It made it in half way. Wanted to die because dad got fired and he had to move in with mom.

4th grader and mom come in for a meeting because he was below grade level in math. About 6 people sitting in the meeting. Look at mom during the meeting to ask her a question, and a freaking chinchilla climbs out from her cleavage.

9th grade boy sculpted a dog out of his poop and brought it to my office as a gift. … Shitty gift.

Kid had a show animal (Steer) that died in the trailer on the way back from a stock show. Kid was destroyed emotionally, we called the family to tell them, and they met us at the school and slaughtered the steer in the parking lot with a cordless saws-all, a chainsaw, and put the meat in Home Depot buckets to take home.

Met with a 19 year old girl student who wanted to run away from home. She asked if she would get in trouble if she ran away. In my state they won’t because she is over 18. Dad comes to school next day, accuses me of telling her to run away. Big old guy, grabs me by the throat, I slam him in the nuts with my knee, assistant principal puts him in a full Nelson, and the bastard pukes on me! Cops come, arrest dad, who is now in jail for child abuse, specifically sexual abuse of that 19 year old for the last 10 years.

Kid squeezed superglue in another kids ear while he was asleep at his desk. The victim had bullied the kid earlier in the year. Payback was earned.

Just a few of the stories. Being a school counselor is fun, because you never know what will happen at any moment.

But, counselors can not talk about the issues with other people so it is sometimes lonely if you are the only counselor in a school.

When I was in grade 9, we were reenacting battles from wars with marshmallow ammunition in the schoolyard, and somebody whipped a marshmallow right into my open eye.

This sounds like the wimpiest injury ever, and it really was, but it hurt and I couldn’t open my eye or see.

I had to go to the nurse and explain that the black eye I was getting was from a marshmallow, and she had to do an eye rinse to get out all the powdery sugar.

She even called my mom, and they just laughed at me.

A boy in my 7th grade glass snorted a line of sugar he poured from a Pixy Stix.

He promptly got a severe nosebleed that would not stop, and he had to go to the nurse’s office until his mum could pick him up and take him home.

You know how your teachers would always yell at you when you tilted your chair back because they once had a kid bust their head open after falling?

I got sent to the nurse once for getting quarters stuck up my nose.

Some kid bet me that I couldn’t fit three quarters up my nose.

Never considered how I’d get them out.

One day I decided that my bully had enough fun with me, so I dumped crazy glue into his hands and told him it would make his hair gleam.

Once he put his hands into his hair: insta-stick.

He spent 3-4 hours with the nurse cutting his hair…

He didn’t come back to school for 3 weeks.

Then they would use it again the next night, scratch up their dicks, and have to go to the nurse.

I got sent to the counselor because SOMEHOW she heard I had sex with a semi-popular guy in school, and she wanted to know, “If it was a rumor or not.”

I was so embarrassed.

I left school for the rest of the day.

My mom is a school nurse. One day, after the school day ended, she was about to leave when someone came to get her about an emergency.

A student needed something from his locker. He decided he would crawl into the ceiling, over the door, over the locker room, drop down from the ceiling, get what he needed, and crawl back out through the ceiling.

The kid fell through the ceiling before he could make it inside the locker room.

One time I had hickeys, and the nurse/POLICE thought I was getting abused.

Called my parents and everything. 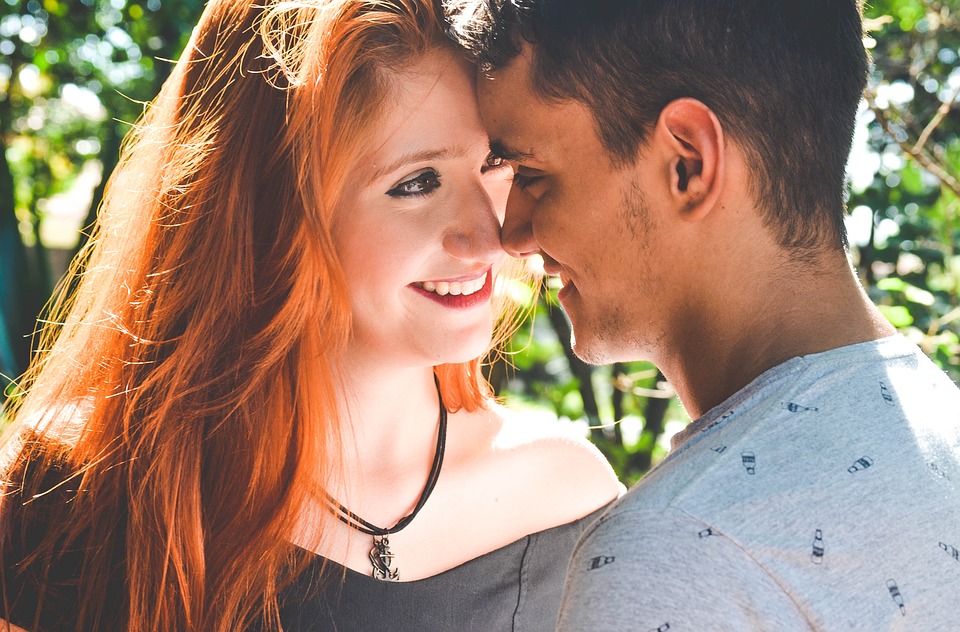 A guy in one of my HS chem classes tried sneaking some Sodium, if I remember right, out of the classroom.

He unfortunately decided he would hide it in a paper towel in his crotch.

He eventually sweated enough to activate it and ended up burning his crotch pretty badly.

School had to call an ambulance.

Check out these other great collections: