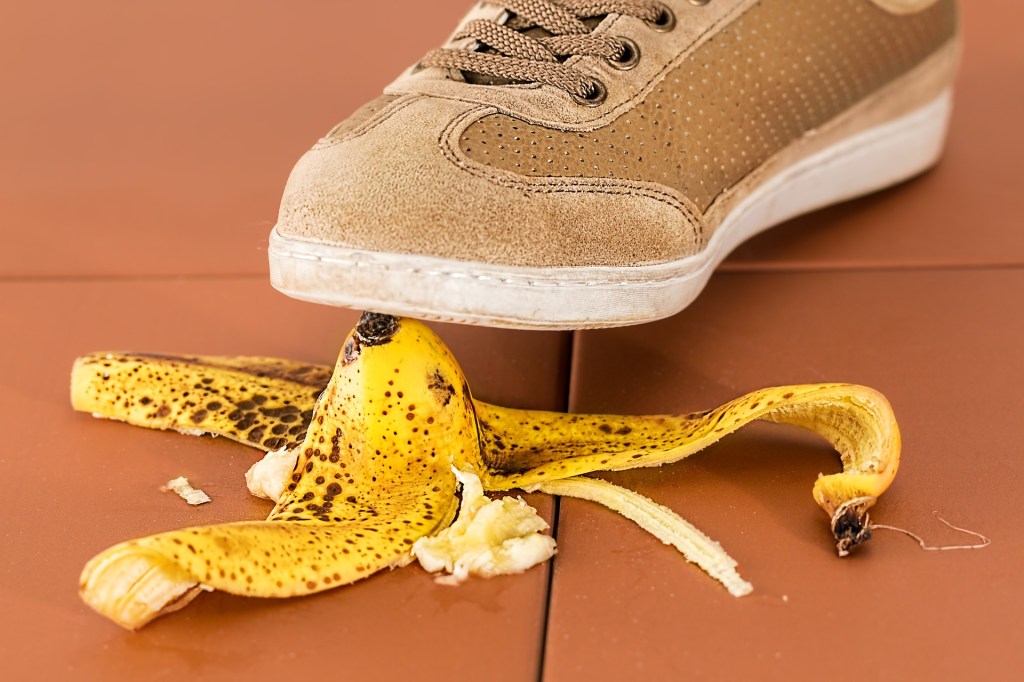 14 People Recall Horrible Mistakes They Made…and Then Made Again

Everybody makes mistakes. And everybody has that one mistake that will live with them forever.

But what if you made that same mistake–your worst mistake–twice?

I broke my toe when I was standing and putting on socks. I guess I was using a ton of force cause I missed the sock and kicked the floor. After my toe healed, the same day i took off the foot cast thingy they gave me, I broke my big toe again, same one.

I put on socks sitting down now.

Reaching for a friend’s shoulder, she happened to twist at the same time and I got a handful of boob. Shocked, I reached with the other hand to apologize, and reacting to the boob grab, she twisted again. I got another handful of boob!

3. Making it Rain in Waterworld

I paid for Waterworld on demand then got drunk and bought it again on itunes.

So I was asked by a family that lived down the road to look after their assorted chickens/ ducks while they were away for a few days. All I had to do was feed the chickens, change their water and turn a tap on for a few minutes to top up the tiny duck pool. Fine, no probs, easy – except I didn’t turn the tap off. I realized about 6 hrs later, got over there as quickly as I could and was witness to a scene of complete chaos. the garden was totally flooded, which the ducks were loving! the chickens were gathered on a tiny slowly shrinking island and everything was generally in a right state. Mercifully the water drained over the next few days and I managed to tidy up enough to completely get away with it. The family was so pleased in fact that they asked me to look after their birds again about 6 months later. And yes, the next time I left the tap on and did exactly the same thing again.

In ’97, first time in the states, I was at a party. I was inside, someone outside called for me. We don’t have screen doors where I live, so I didn’t know to look out for it, and so walked directly into it and fell down to everyone’s amusement. Several hours later, an even drunker me decided to step outside again. This time I looked out for the screen door, only to walk into the now closed glass door.

I drank a glass of cider with a huge earwig in it. Didn’t notice until I’d drank half the glass. Freaked out, got another cup. Got pretty drunk, forgot about the earwig glass. Yeah, I drank from it again. The disgusting little thing tickled my lip. I feel unwell thinking about it.

This is an earwig: 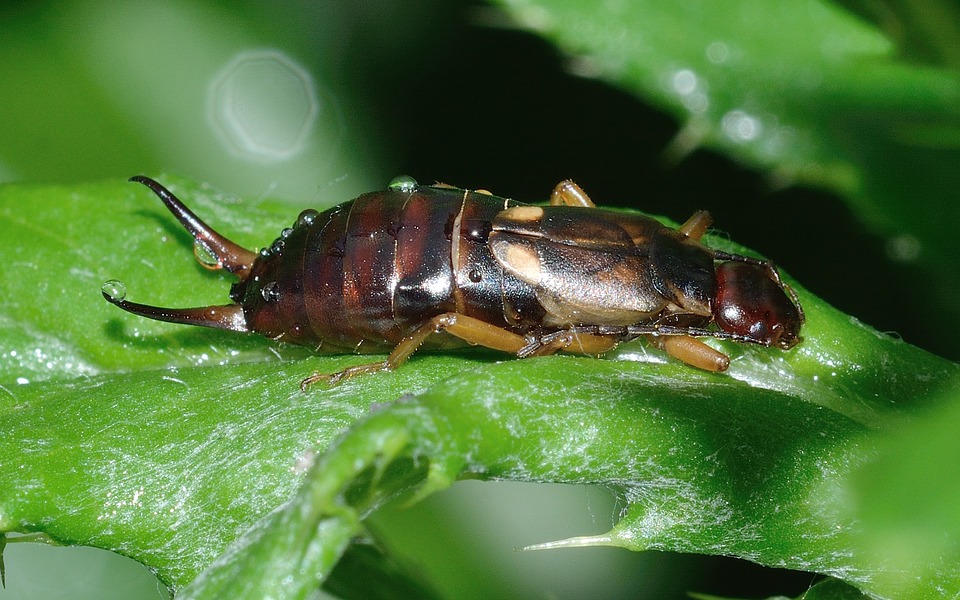 I think I was 8 years old and attending this big halloween party in a small town. There must have been +50 people at the party from all ages. And what do kids at these kinds of parties do? Run around chasing each other and have fun. Doing kids stuff, you know. Well, I was having fun with my step-sister, running through the crowd of people when suddenly I fall down and hear someone behind me swear out loud. I had tripped on some old mans cane and he too had fallen down, hitting the ground shoulder first. I was mortified and started to cry from shame but the fall was soon forgotten and the night continued.

Two years pass. Same halloween party with same people attending. Same old man standing in the crowd with his cane.. and there I went again, tripping myself and he falling down shoulder first.

From that day I did my everything to avoid him at these parties.

I accidentally gave a homeless drug addict (I realized this later) a $50 note instead of a 5$ and then did the same thing a month ago to the same guy.

I was cooking a grilled cheese sandwich in a frying pan. It was time to flip the sandwich, but it was kind of stuck to the pan. I was trying to get it with the spatula, but the pan kept scooting away from me. So I reached down with the other empty hand and steadied the pan’s edge with my bare finger as I flipped the sandwich.

I immediately realized what I’d done since I’d put a second-degree burn on that finger, but I needed to finish my lunch. And sure enough, in two minutes’ time when I needed to flip the sandwich back over, I steadied the pan with that same finger again.

Found myself in a hotel room with beer and no bottle opener, had seen people using lighters to open bottles and figured it shouldn’t be too hard. Lighter slipped, sliced off actual chunk of flesh from finger on the bottle cap, left with a very scarred knuckle. 5 year later I found myself in the exact same situation and did the exact same thing. It took two scarred knuckles to figure out that maybe I should just keep a bottle opener on me when I travel.

Once a new kid came to my class for the first trip, and we were in the gym for “recess”. So my friend and I had been playing with the ball, and she accidentally kicked it into his face. She apologized and we moved on. I grabbed the ball a few moments later and told her, “Don’t kick it like that, kick it like this!” Before immediately punting it straight into his face again. The shame was unreal.

A friend had the following story:

When he was a kid his family climbed into the car to leave for Sunday church services. They felt an uncomfortable thump as they left the garage. To everyone’s horror, their father had just backed over the family cat. It was deader than hell.

The father decided to make the best of the situation.

Remaining calm, he explained that death was an integral part of life here in the mortal realm, that all things have a “natural time” and that this would be an opportunity for the family to proceed to church services, spend some quality time remembering the dearly departed pet, celebrate their lives together as a family, be thankful for their many blessings, cherish each other, and then go have a comforting Sunday brunch together at their favorite restaurant.

This all went according to plan.

Except that, when they arrived home and pulled into the driveway, the father ran over their other cat.

When I was like 7 I was in my dad’s apartment and it was really hot, so he put on a fan. I was entranced by the fan, so in my infinite wisdom I put my finger between the blades to see what would happen. Cue me almost losing my left index finger. I go show my dad and he laughs and bandages it and whatever.

I come in 20 minutes later, bandage in left hand, blood everywhere on my right hand. When he asked what the hell happened I told him I wanted to see if the same thing would happen to my other hand. It did. 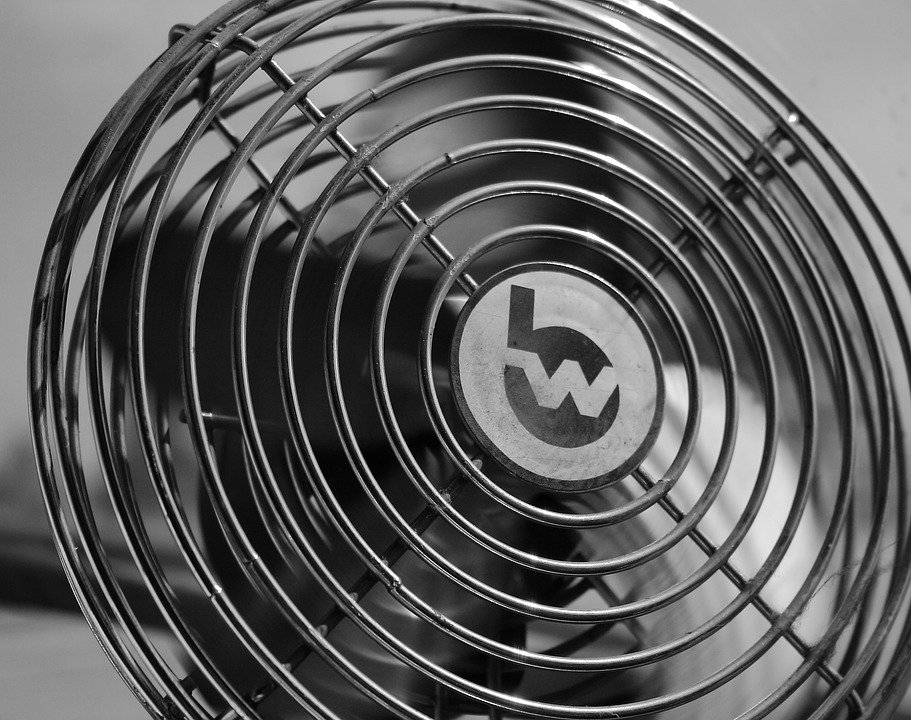 Cut up a Naga-Limon hybrid chilli (Delicious by the way) but extremely hot. Used my bare hands to pick up the chilli flakes and deposited them in my mince mix.

Front door bell goes. Drop everything and open the door, its my mate who’s come round and brought his girlfriend. I shake both their hands. Didn’t even realize.

Later that night, after we’d eaten and they had gone to bed. I hear a ear piercing scream from the bedroom. At first I thought, meh, maybe they are into kinky stuff. Nope. She comes running downstairs nearly naked and straight into the bathroom, shower on, crying, sobbing, desperate pleas to God for mercy etc. Shortly afterward, boyfriend comes flying downstairs nearly naked and nearly knocks the door down trying to get in the bathroom.

After a good half hour of pain and misery, they both emerge. She has panda eyes from all of the tears, his face and eyes are incredibly red but hes holding his boxers tight.

I put two and two together, basically they had gotten a little frisky upstairs, with Naga chilli all over their hands, which had obviously wandered to intimate places. I was not a popular man that evening.

Later that month, I took another Naga-Limon from the freezer, defrosted it and chopped it up. Used my bare hands to dump it in the stew. Both cats come in the cat flap and decide to make a fuss about being fed, so being the kind owner I am I dole out some cold cuts from the fridge…with my bare hands.

Both cats, after wolfing down the cold cuts, start projectile vomiting everywhere and drinking the water dry, licking themselves and generally meowing and panting. I have never laughed so hard and felt so bad.

Check out these other great collections: