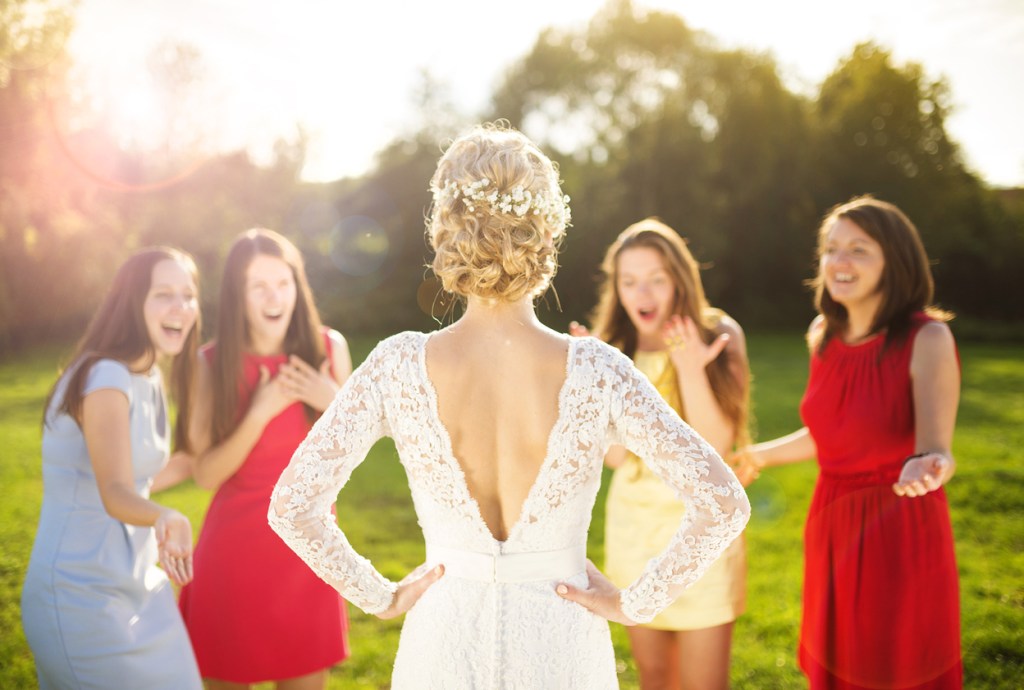 Being a bridesmaids is a big task. A lot goes into this job leading up to the big day. Sometimes, bridesmaids aren’t always helpful or excited.

Take a peek at the 14 secrets these gals are hiding from the bride.

I’ll be walking the woman I’ve loved for 13 years up the aisle next year… as her bridesmaid.

I have five weeks to lose 10lbs to my by ass in my bridesmaid dress. The one that fit perfectly two months ago. FML.

I’m a bridesmaid in my best friend’s wedding in December. My secret? I’ve slept with her future husband. I can’t tell her because it would ruin too many relationships, including my marriage. The guilt is heavy.

4. The load you bear

My best friend married the guy that I really loved. I was asked to be a bridesmaid and it was the hardest thing I’ve ever done.

I accidentally texted my bridesmaid instead of my fiancé, complaining about her and saying how I wish I had never asked her to be in the wedding. The wedding was in 20 days.

I lunged for a bouquet and tripped when I was a bridesmaid. A groomsmen caught me. It was SO embarrassing. But, there’s a silver lining…we’re getting married today.

I am donating plasma twice a week for the next 6 months, to afford being a bridesmaid for a friend’s wedding. Don’t have money but love her that much.

8. Seen it happen too many times

I’m the first to get married of my closest friends. All 5 were my bridesmaids. Now that it’s their turn, none of them have asked me to be theirs.

My friend is getting married and our friendship has changed so much. I feel bad being a bridesmaid because I don’t like her anymore.

10. Weddings are expensive for everyone

I just told my best friend I can’t be her bridesmaid at her wedding anymore, because I can’t afford it. It’s the truth, but I still feel awful.

11. Only awkward for you

I was a bridesmaid for my friend, which was awkward since her fiancé was originally into me.

I’m a bridesmaid in my best friend’s wedding coming up. She’s being such a bridezilla that I will probably stop talking to her after the wedding.

I want to tell my friend that marrying her fiancé is a mistake. The wedding is in a month and I’m a bridesmaid. All of her family and friends feel like I do, but no one is speaking up.

I felt more beautiful as a bridesmaid in my friend’s wedding than I did as the bride at my own wedding.

Check out these other Awkward reads.

Marvel Actually Made This Exercise Book In The 1970’s

24 People Share the Biggest Scandals to Ever Hit Their School

20 Troublemaking Cats Who Don’t Care What You Think