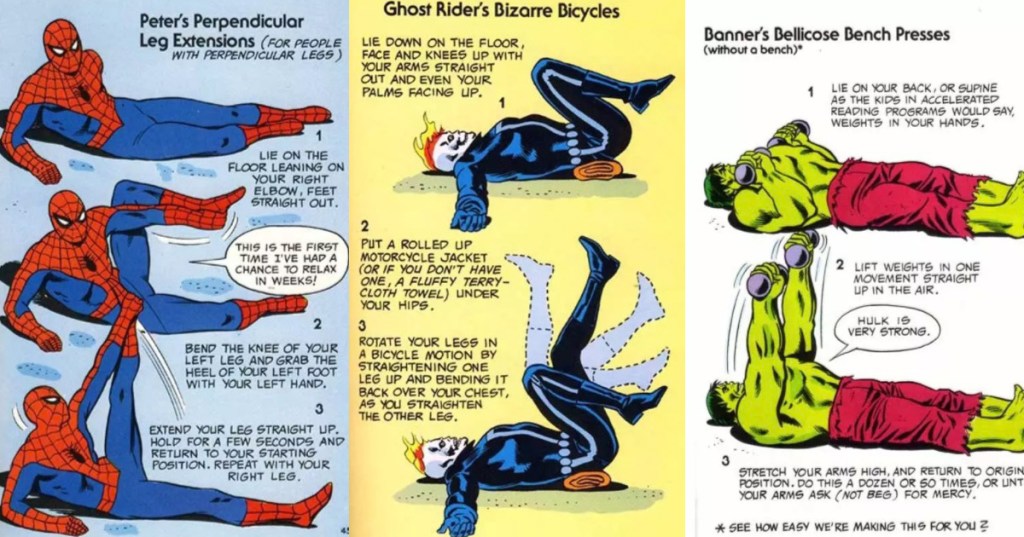 Marvel Actually Made This Exercise Book In The 1970’s

These days, Stan Lee and Marvel are almost unimaginably successful, raking in hundreds of millions of dollars per movie. But along the way to building a multimedia empire, Marvel took a few strange turns along the the way. Like the time they released a how-to exercise book starring some of their biggest comic book superheroes. The book is called Stan Lee Presents: The Mighty Marvel Comics Strength And Fitness Book.

In the 128-page manual, various Marvel superheroes demonstrate a variety of calisthenic exercises, and while it’s great to promote exercise, it’s also definitely weird. It’s humbling to see our favorite badass superheroes, who by definition embody our collective wish fulfillment fantasies, having to sweat and grunt and struggle just like we do.

I mean, this book has Ghost Rider doing bicycle sit-ups. He’s a fictional character who rides a cool motorcycle and whose skull is always on fire, and I still feel embarrassed for him.

Check out some excerpts from the book below. 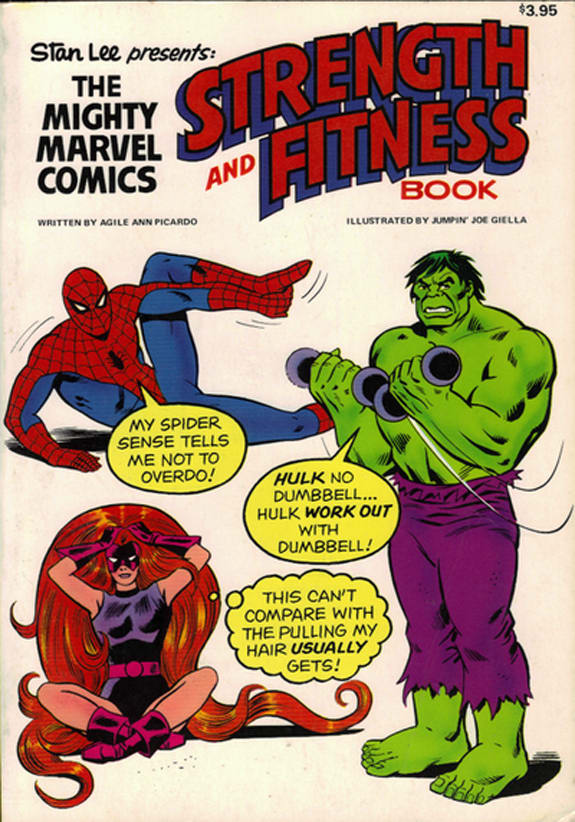 How many times do you think someone bought this book for a kid, thinking it was a regular comic book and not an exercise manual? I can sense the disappointment decades later. 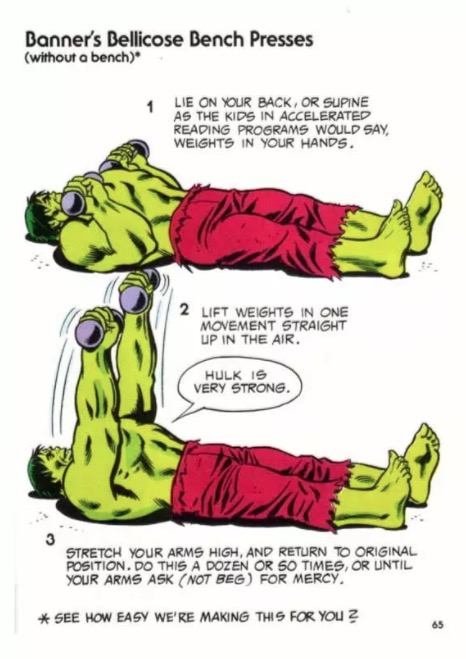 Wait, why would The Incredible Hulk even need to work out? Then again, I suppose they can’t just tell kids “Build muscle mass by blasting yourself with radiation!” 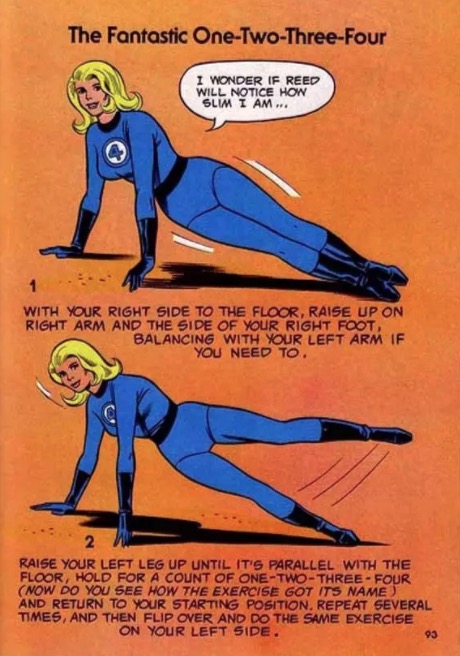 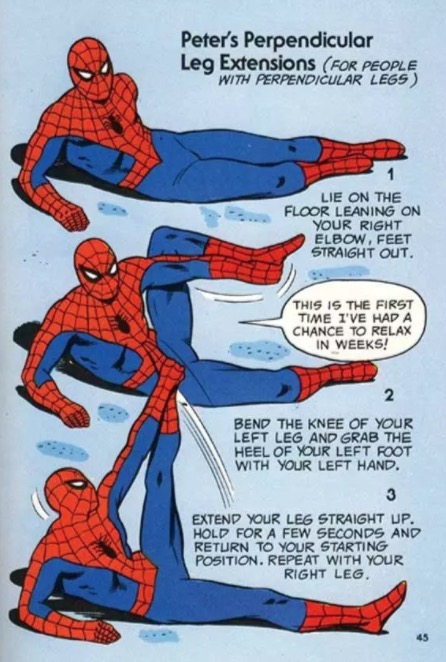 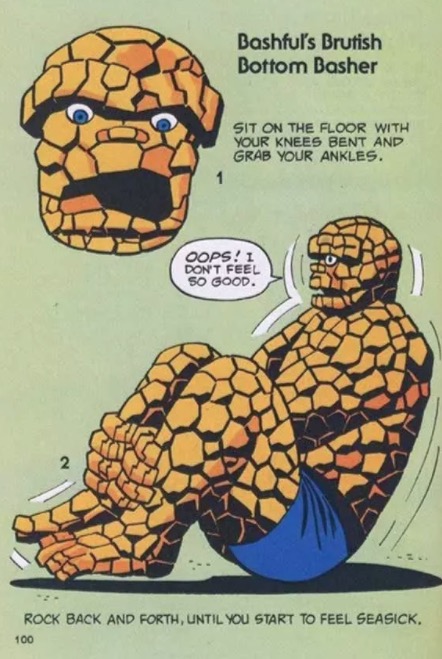 So, you just…rock back and forth until you want to throw up? This is a joke, right? 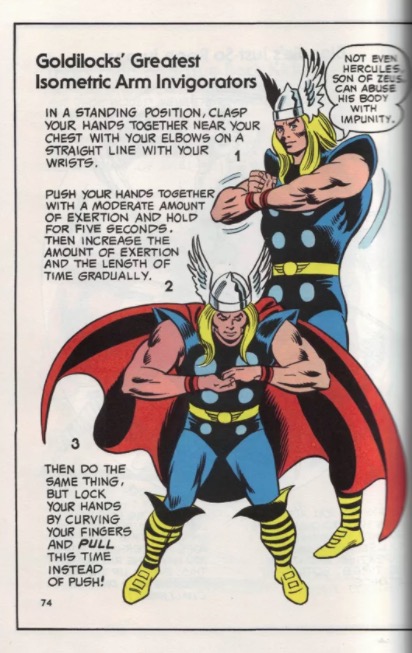 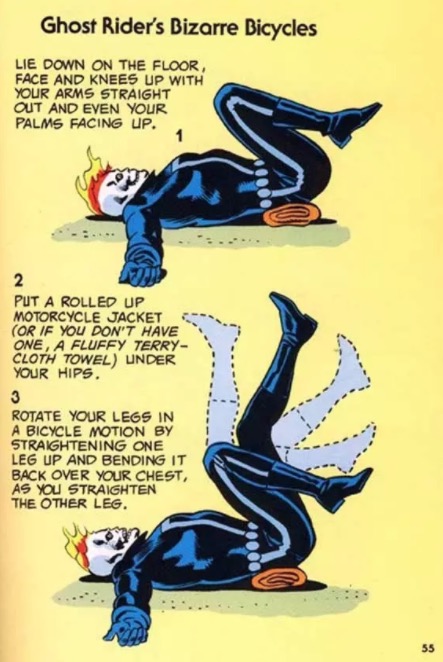 Also, be careful your head flames don’t singe the carpets! 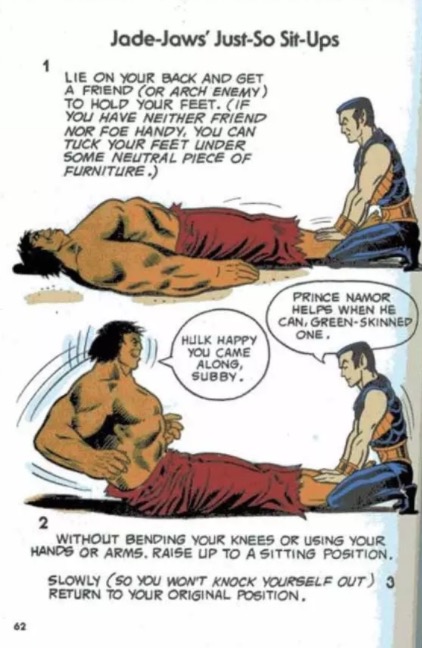 Hulk is being VERY charitable towards Prince Namor by overlooking his remark about his appearance AND his speaking in the third person. 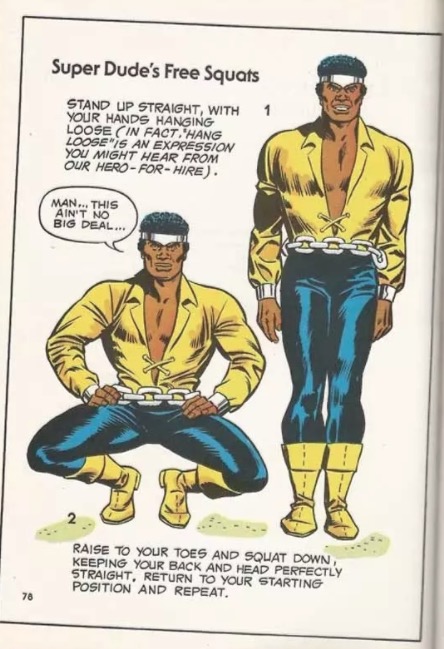 OK, I did some research and couldn’t pin down who “Super Dude” even is, or why he has no idea how to exercise. 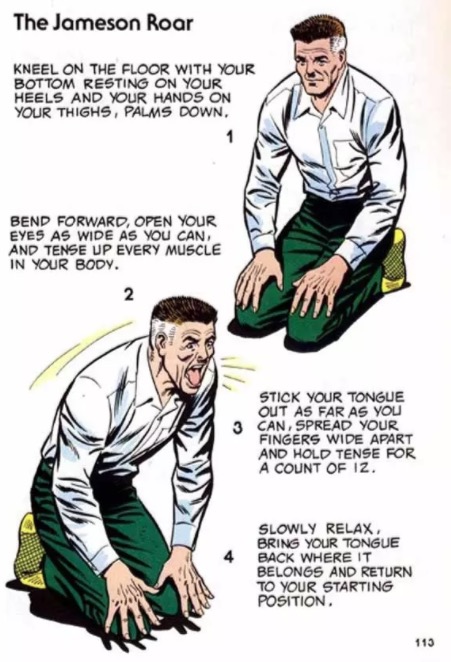 Oh, I get it! Because J. Jonah Jameson shouts so much, he has to exercise his tongue! Probably good they didn’t try to give him a real exercise, because he looks like someone who eats one meal a day, and the “meal” is a pile of cigarette butts.