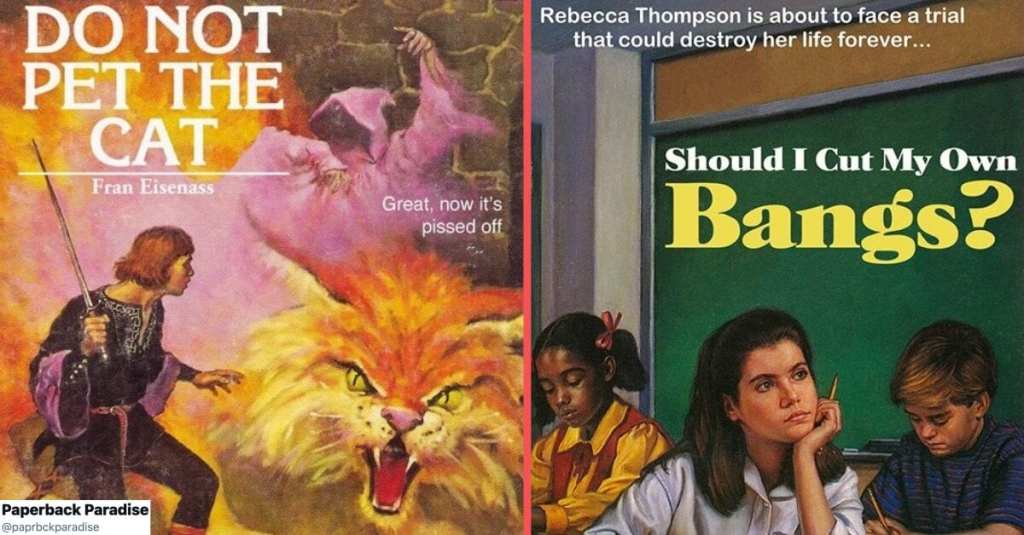 I love spending time in used book stores. You encounter so many strange and wonderful books that time seems to have forgotten. And those books are about to get a whole lot stranger thanks to a Twitter page called “Paperback Paradise.”

The fine folks behind this page reimagine old books and give them new titles and descriptions that are downright hilarious. I actually want to read some of these fake books!

Enjoy these pics! We know we did!

You seem a little bit…out there…

Could be a decent book, you never know.

3. You’re about to learn a life lesson the hard way.

You’ve been warned about this your whole life!

4. This one sure is confusing.

But updated for today’s audiences!

6. Don’t you even think about doing that!

Also, read the fine print. Do not laugh at Jesus’s toe.

Not a whole lot of mystery and intrigue with this one.

This is gonna be a GREAT read.

You better watch out!

Poor thing…never had a chance.

12. The book that defined a generation.

I found it to be riveting.

Which one is your favorite?