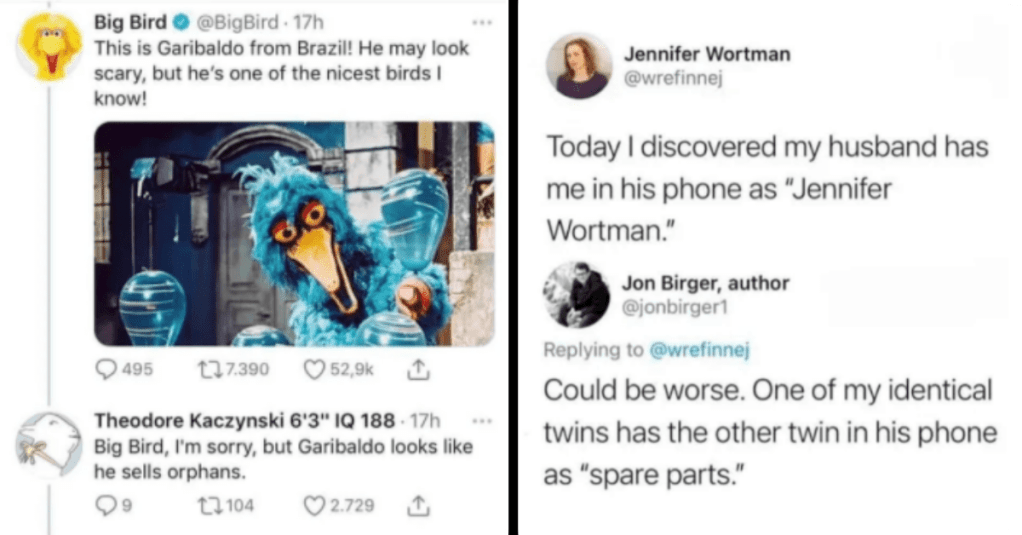 Are you ready to see some “Cursed Comments”?

Well, whether your answer is YES or NO, you’re already here and we’re about to get it on!

Take a look for yourself! We think you’re gonna be a fan!

1. You might want to give this some more thought…

Avoid the woods at all costs!

2. You have now been blocked forever and ever.

Are you satisfied now?

3. I don’t know which one of these is more depressing…

I think I’m gonna go with the first option…

4. You can be whatever you want to be!

5. This is why you don’t text random numbers.

You’ll get pulled into some creepy vortex.

6. Big Bird really dropped the ball on this one.

This is nightmare fuel if I’ve ever seen it…

7. What do you see when you look at this image?

This is NOT SAFE FOR WORK. Or anything, really…

And here’s even more proof of that!

9. I believe this person is referring to Godzilla.

Unless something happened that I never heard about…

Do you care to reveal your identity?

11. You shouldn’t have said that out loud!

This is not good…not good at all…

Let’s end with this one.

Tell us about some of the weirdos you’ve seen on social media lately.

Do it in the comments!