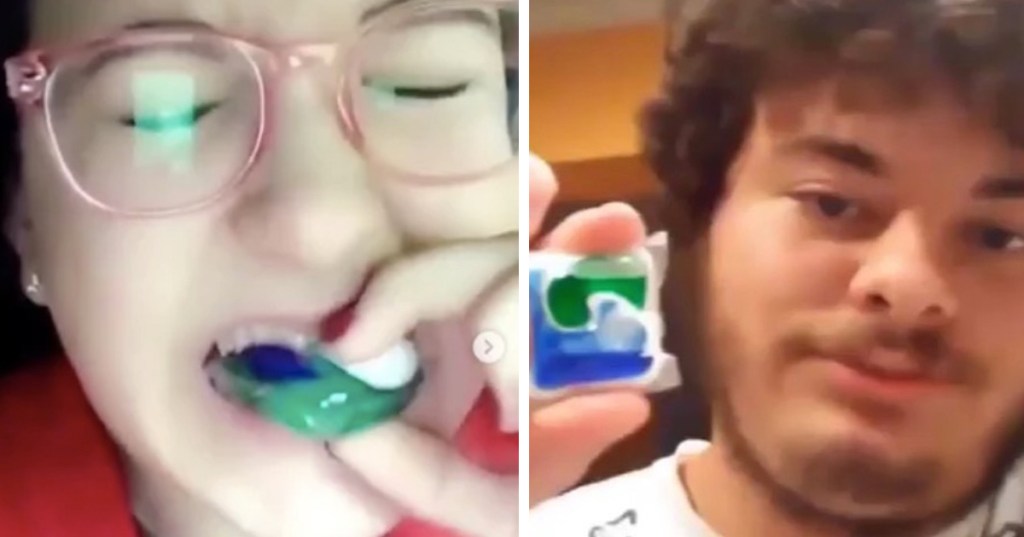 All of us, from time to time, think our generation is the dumbest to ever walk the Earth. I’m from the generation that allowed both Pogs AND Tamagotchis to be popular. (Sorry about that.) But the current generation of teens has us all beat, and it’s not even close. For proof, l0ok no further than the Tide Pod Challenge.

If you’ve never heard of the Tide Pod Challenge, first of all, congratulations. Actually, this is the last point at which you can remain blissfully ignorant of what this trend is. I strongly encourage you to turn back.

The Tide Pod Challenge is a social media phenomenon where teenagers take a bite out of a laundry detergent packet. That’s it. That’s all it is. And that’s all it takes to get hundreds of thousands of views.

Can’t handle vodka? The only logical thing to do is chase with pods @amherstbarstool

The Tide Pod Challenge has taken over various corners of the Internet, from social media to websites like Reddit, spawning countless memes as a result. To be fair, not EVERYONE participating in the challenge actually eats a Tide Pod. Some of them are just having fun with the absurdity of consuming laundry detergent.

One guy went as far as using Tide Pods as a pizza topping, but didn’t actually eat it. (I hope.)

forget pineapple, in 2018 we putting tide pods on pizza pic.twitter.com/CM1PIOn64I

But plenty of teens, and younger kids, are chowing down on soap for real. A spokesperson for the American Association of Poison Control Centers told Snopes that in the first 11 days of 2018, there had been 40 reported exposures to liquid laundry detergent pods by 13- to 19-year-olds, which is 20 percent of the total number of such incidents in 2017. And of those 20, over half were intentional.

As a result, doctors around the country are issuing warnings they never thought were necessary. As Dr. Alfred Aleguas Jr., managing director of the Florida Poison Information Center in Tampa, told Maxim:

“If someone mimicked the College Humor video, they could find themselves in a life-threatening situation.

Swallowing even a small amount of the highly-concentrated detergent found in pods can cause diarrhea and vomiting.

In some cases, some of the detergent could even find its way into the lungs and cause breathing difficulties.”

The College Humor video he’s referring to is a 2015 web short about a guy who feels weirdly compelled to eat a laundry pod, which is considered the inspiration of the meme. Even though it’s a COMEDY sketch and not an instructional video.

To make this story even weirder, there’s actually a scientific reason behind why people find Tide Pods so compelling: because they’re bright and colorful. Human beings associate bright, pleasant colors with appetizing food. Tide Pods DO kind of look like big pieces of candy, but knowing they are LITERAL POISON is enough of a deterrent. Usually.

Perhaps the one comfort we can take from this fad is that it’s a fad, and will eventually peter out. But who really knows? In 2019 I’ll probably be writing about the Guillotine Challenge.