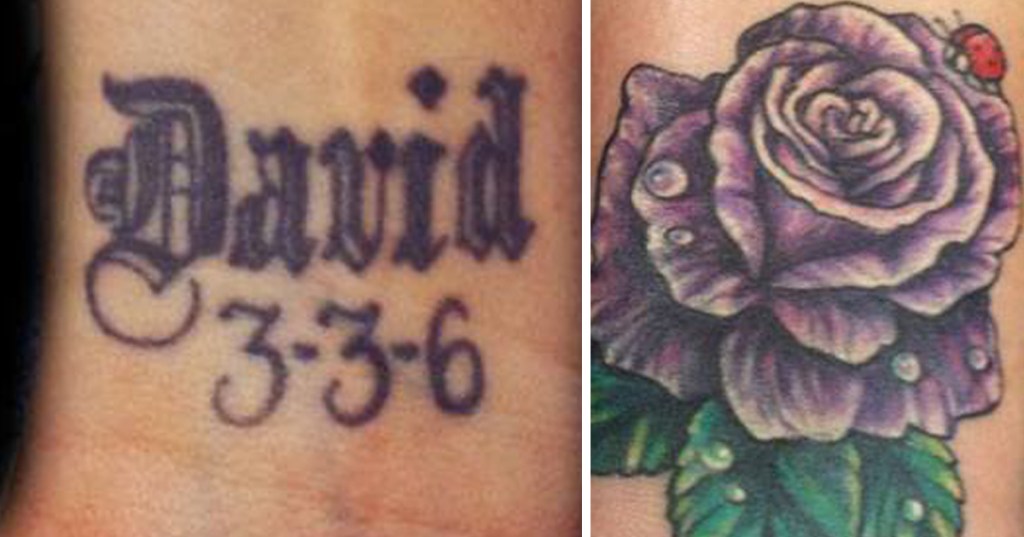 15 Tattoo Mistakes And Their Coverups

It’s tough to pick a tattoo you’ll love for the rest of your life. That neck tat of a genie smoking a joint on the toilet might have seemed rad when you were 19, but as you become an adult, it might lose some of its magic.

If you’ve got a case of tattoo remorse, you could opt for expensive, painful, removal surgery that might not even work. Or, you could be like these people who got a second tattoo that vastly improved on the first. Buzzfeed asked their readers to share before and after photos of their tattoo coverups, and there were a LOT of responses. Some regretted their tattoo because they outgrew them. For others, their tattoo was associated with a painful memory. And a few of them apparently went to a tattoo artist who was legally blind.  Whatever the reason, at least things worked out in the end. 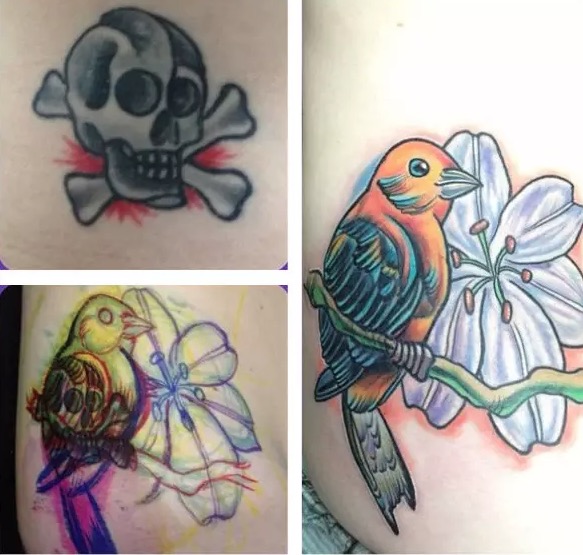 “People don’t believe me until I show them the before and after!” 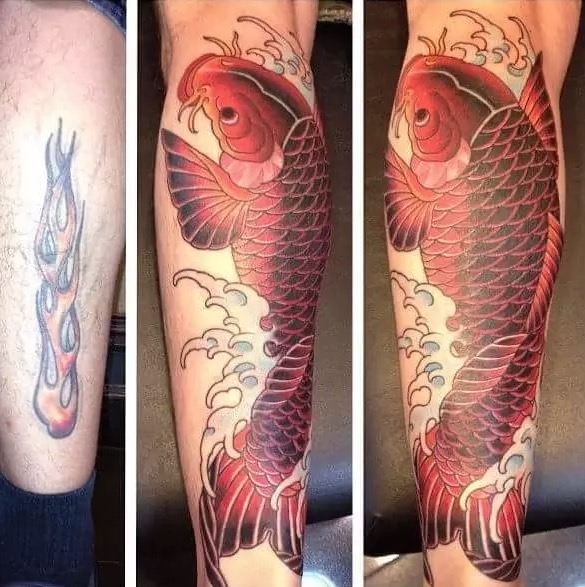 “My first tattoo was a good lesson in getting what you pay for. Ten years later, I found a capable artist to blast over it with this gorgeous koi. I can now wear shorts again without feeling like everyone is literally laughing at me behind my back.” 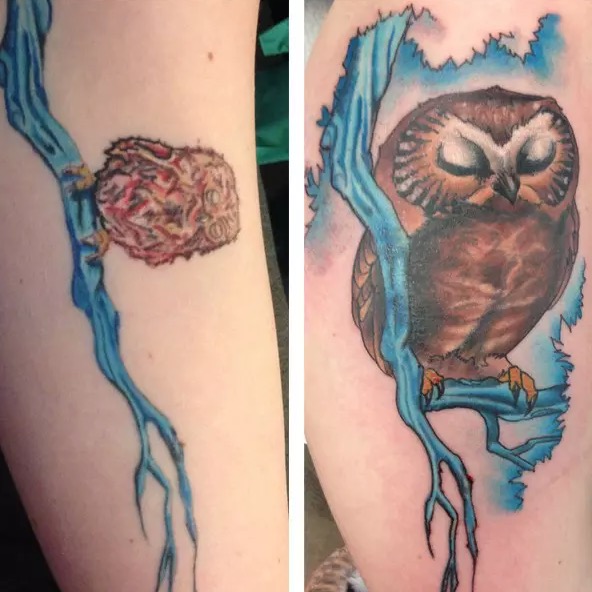 “We called the first attempt my ‘chicken nugget’.”

4. Getting a tattoo of a boyfriend’s name is ALWAYS a good idea. 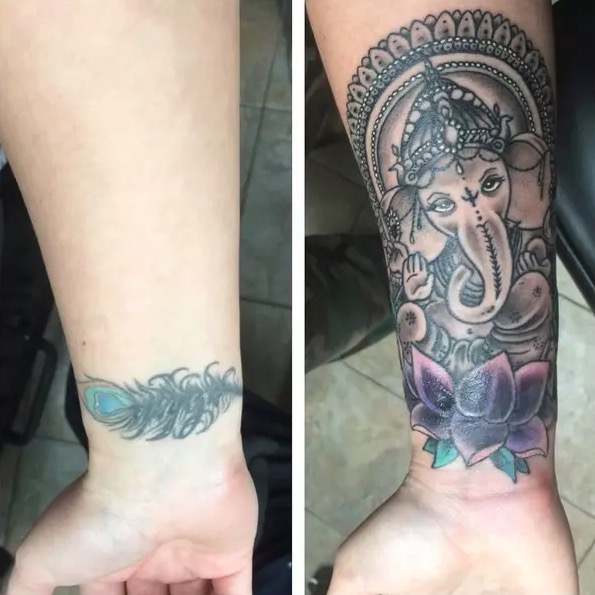 “This is actually my third cover up. On the left, if you look, you can see ‘Chris’ in the feather (upside down). I covered that up with a peacock feather. After a few years I decided to cover that up as well, and am totally in love.” 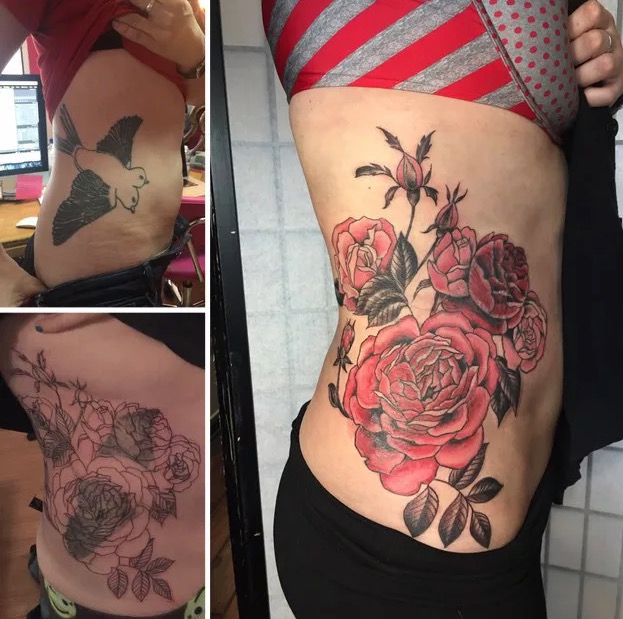 “I realised once I saw the initial tattoo finished that the artist had redrawn what I brought in into a bird with a boob head. I christened it Titty Bird and lived with it for about a year. It took seven removal sessions and three tattoo sessions to get it covered (with one more to come for touch-ups and shading). So worth it.”

“The first one was blurry and lame. The cover-up is by Earl Nixon at Born 2 Lose Tattoos. He added the coordinates where we laid my father’s remains in the ocean. I’m so happy with it.” 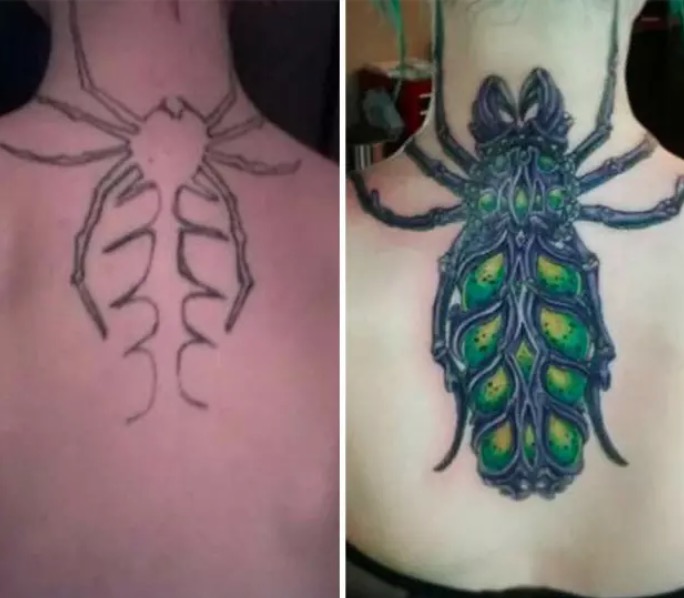 “An abusive boyfriend gave me the first ugly tat and a badass friend covered it up for me with the alien spider years later. Getting it covered helped me move on for good.” 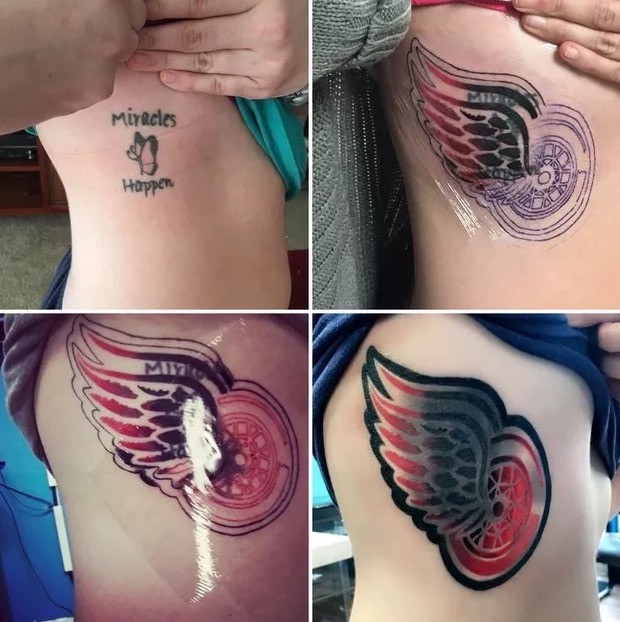 “Seriously, you can’t go wrong with a winged wheel. I don’t worry about people hating on it. I live in Chicago as a Detroit fan. I can handle the hate. I just laugh.” 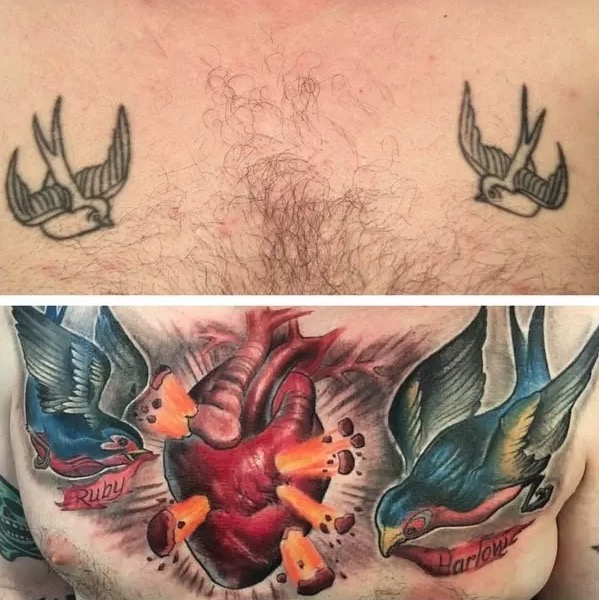 “Covered with new sparrows, an exploding heart, and my daughters’ names.” 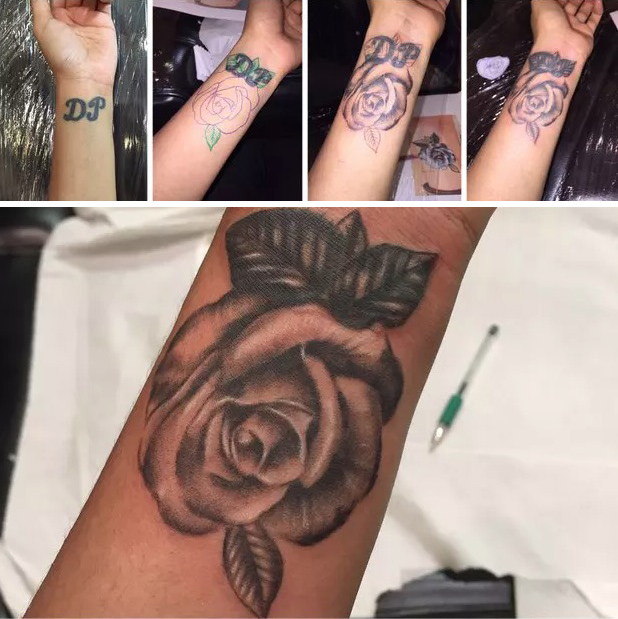 “I got my initials (‘DP’) as a teenager and soon regretted it! It took me over 10 years to find an amazing tattoo artist who agreed to cover up the monstrosity. Needless to say the shop where I got my initials done has since been shut down.” 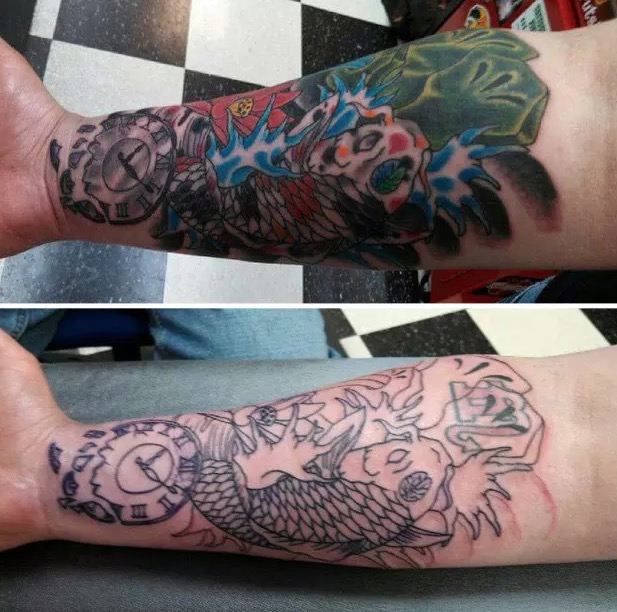 “My ex-girlfriend convinced me to get it and it was a horrible mistake. The old tattoo was the Gemini and Scorpio symbols. I decided to get it covered up with a half sleeve so I never have to see it again for the rest of my life.” 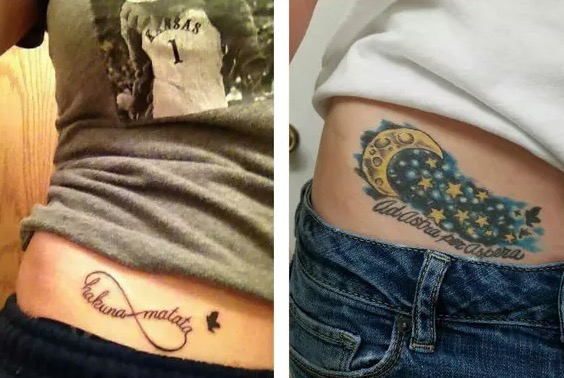 “I was happy I was able to transform my cliché tattoo into something more meaningful to me.” 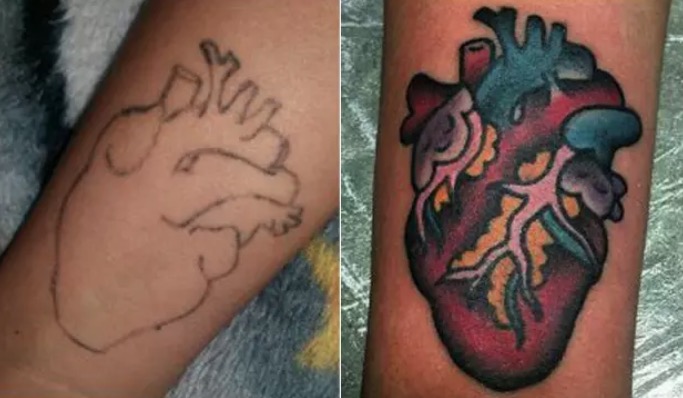 “It’s my tramp stampede. Emily Sloman at HaveFunBeLucky in Baltimore transformed this pathetic little flash into true art. The original head became the baby elephant in the cover-up.” 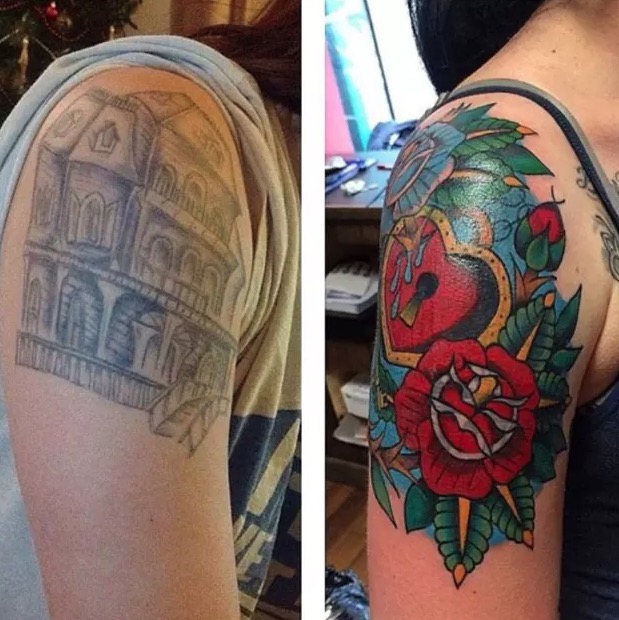 “I got this dreadful haunted house and found out afterwards the artist had been using other people’s tattoos and passing them off as his own.  I wore long sleeves for a good two years before finding an amazing artist that was willing to and capable of covering it up, and I’m still as in love with it now as I was on the day I got it.”