You Can Buy A House With A Fully Furnished Sex Dungeon

Realtors don’t just sell you a house, they sell you the life you’ll live once you’ve moved into it. But when the previous owner lived a life that’s quite a bit…different, a real estate agent’s job is that much tougher. And perhaps no real estate agent has ever had as difficult a job as Melissa Leonard. She’s a listing agent with Coldwell Banker, and she’s selling a house with a fully operational sex dungeon.

At 1612 Norristown Rd. in Maple Glen, Pennsylvania, you’ll find a five-bedroom brick colonial, perfect for raising a family. From the outside, the house looks like any other. 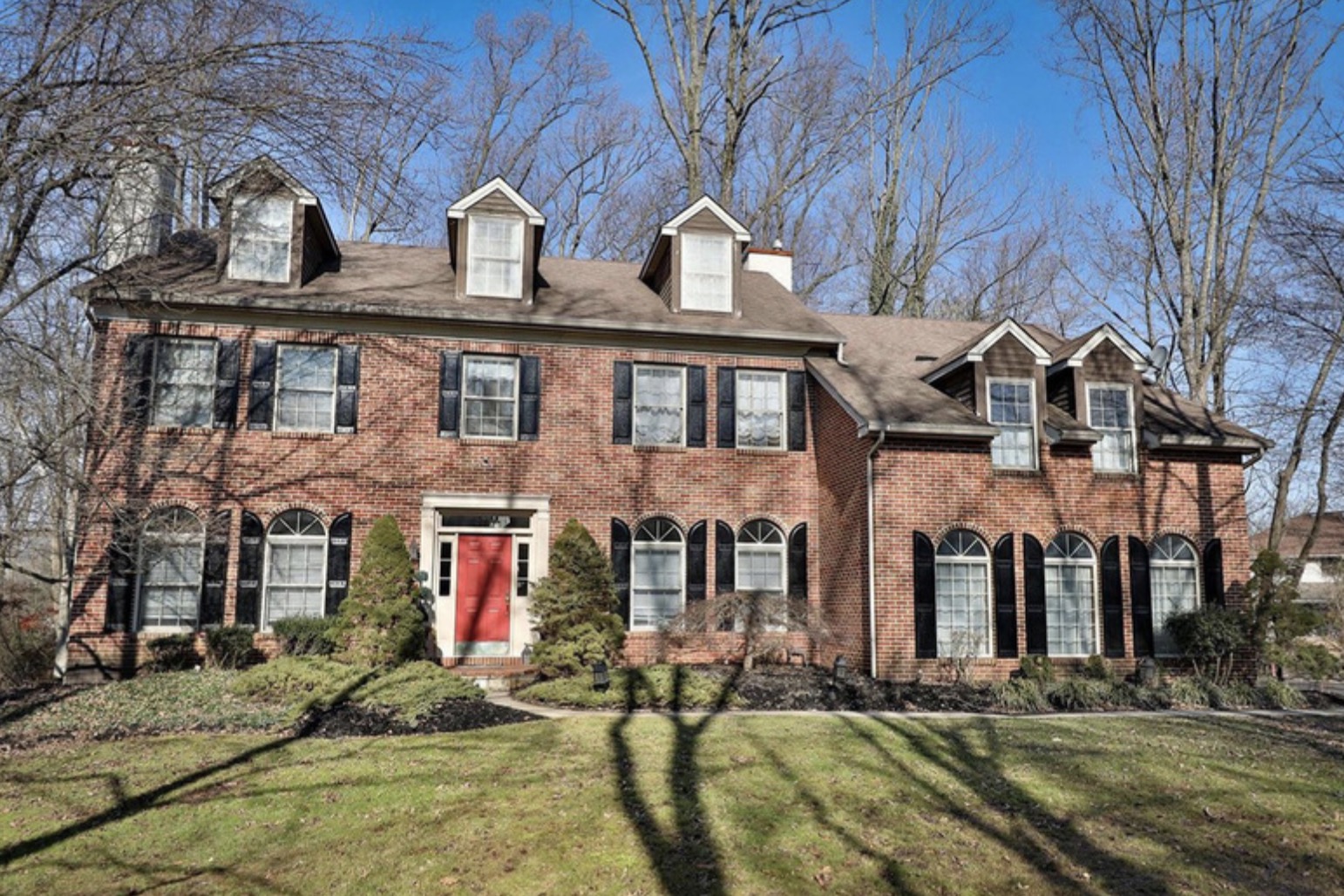 The 5,000 sq. ft. home includes several features, like a recently renovated kitchen, with an island and wine fridge. 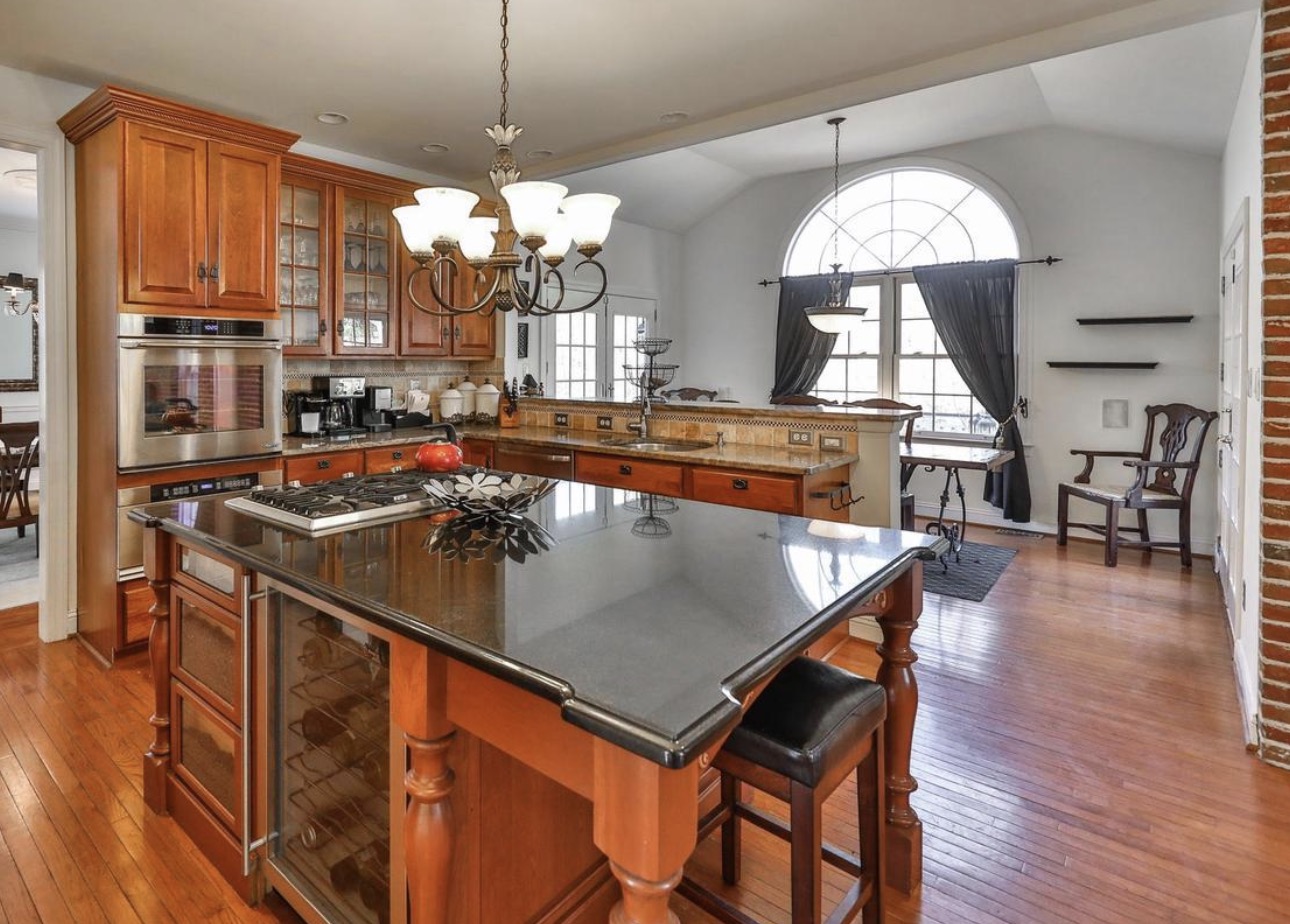 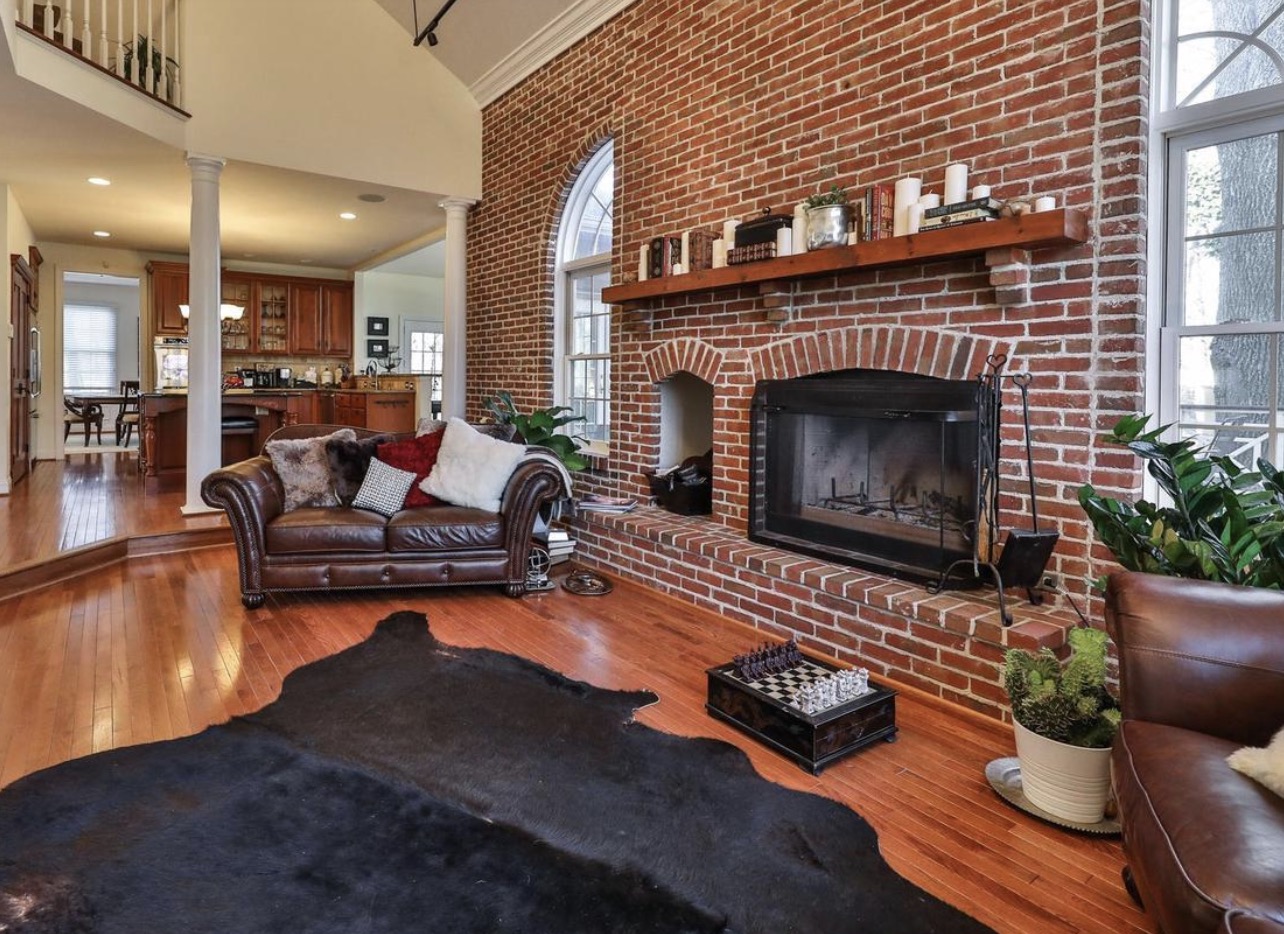 And it’s even got a jacuzzi! 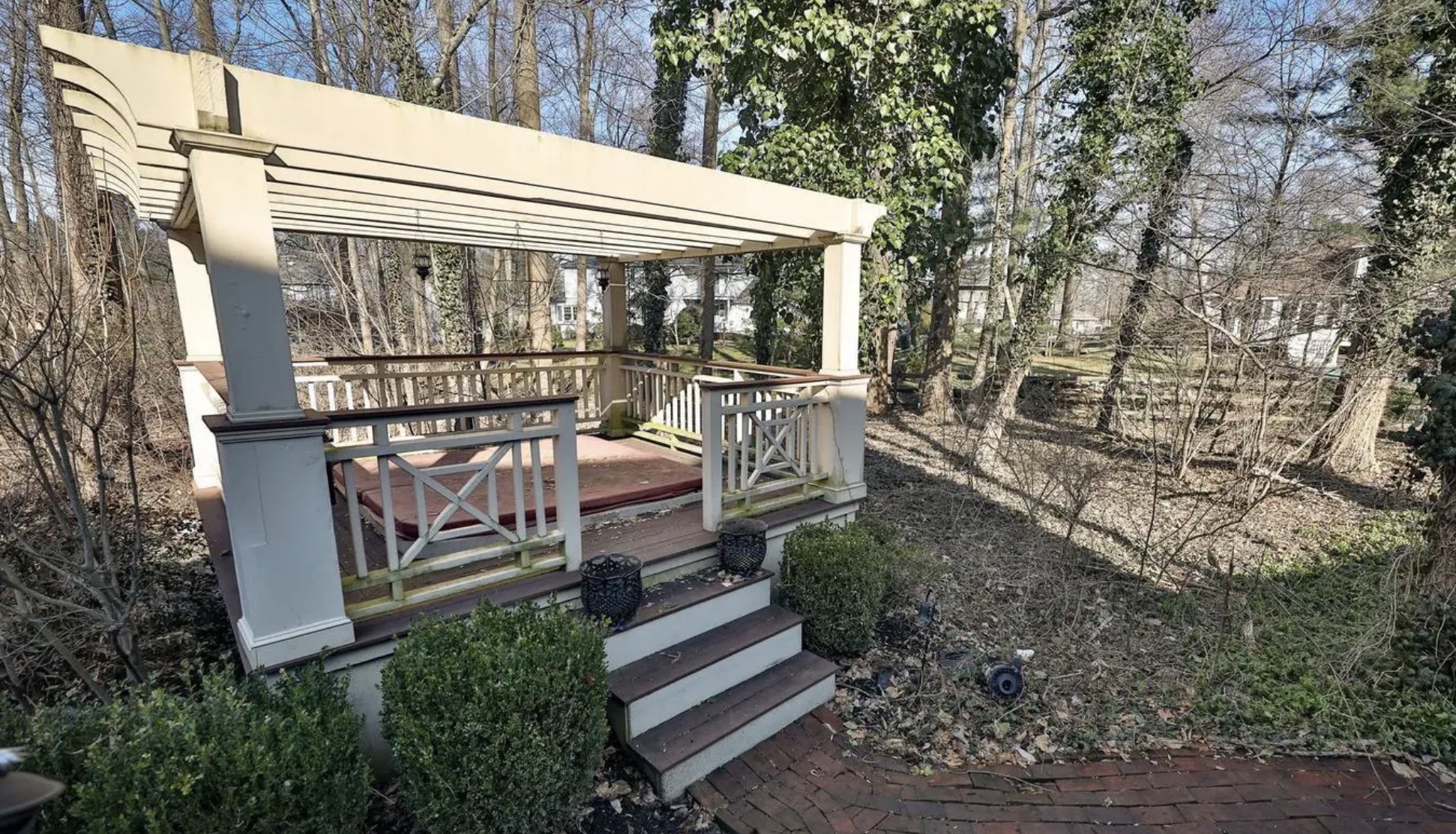 But the basement is where things really get interesting. Instead of a rec room or a man cave, the home owners went with something straight out of 50 Shades of Gray. 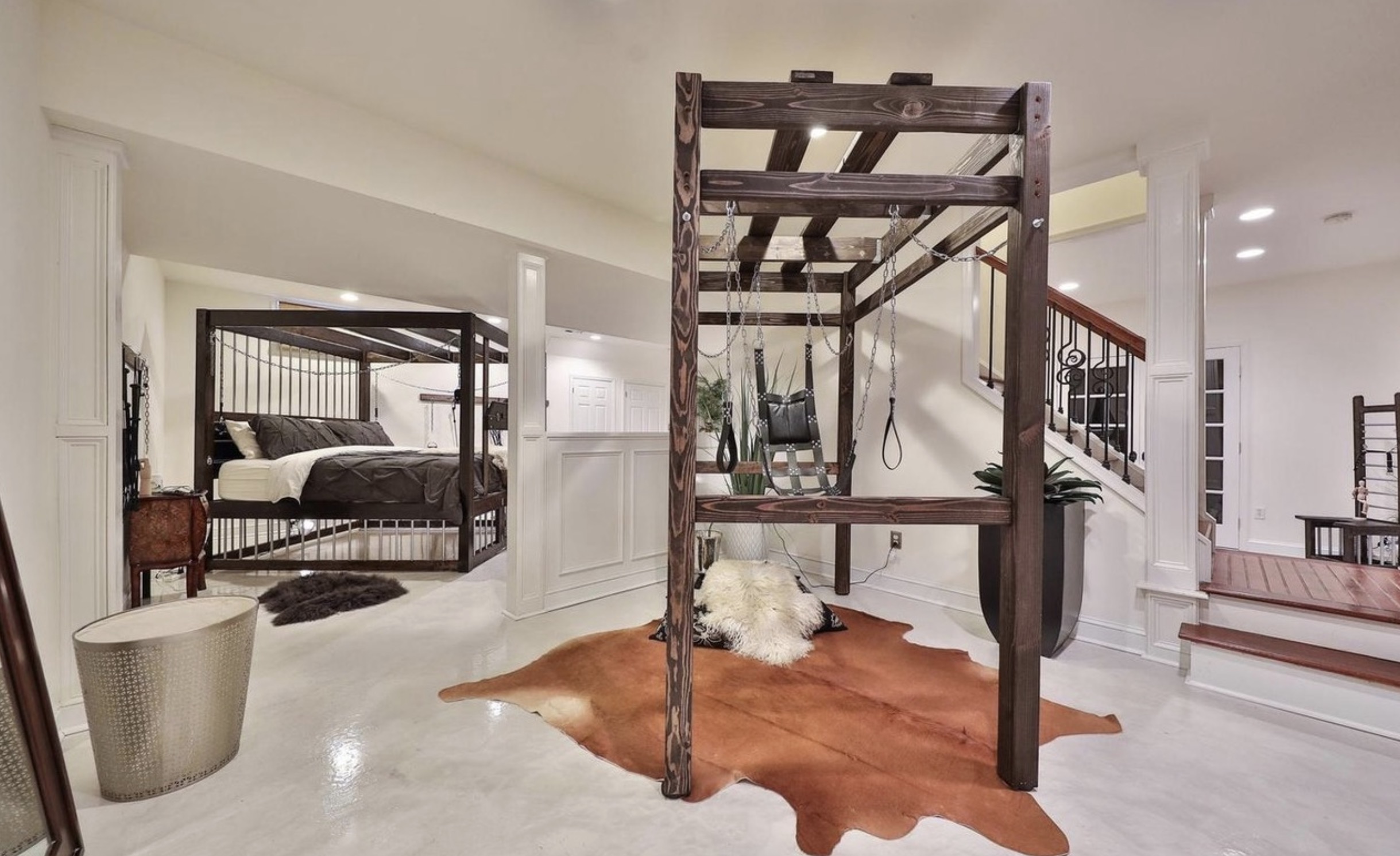 Right now, the house includes all the furniture–because who wouldn’t want to own a bunch of S&M stuff secondhand, right? But what exactly does that furniture include? In the interest of thoroughness, I’m going to do my best to identify everything in this basement.

The kinky centerpiece is a sex swing, hung on what appears to be a custom-made wooden frame. Sure, it’s way more expensive than simply bolting your sex swing to the ceiling, but it’s also way more secure. As we all know from that one episode of Sex and the City, an improperly secured sex swing is dangerous. 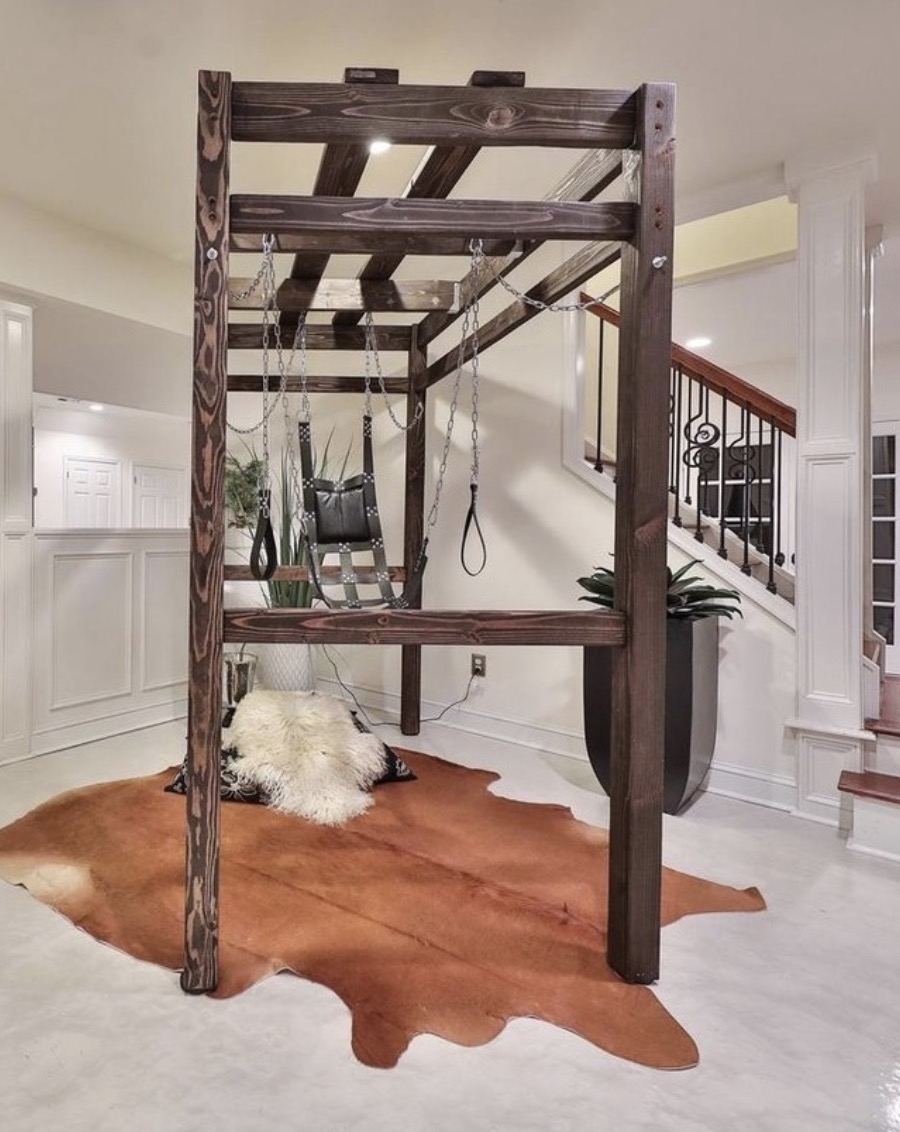 Behind the sex swing is what’s known as a “bondage bed.” This particular model includes chain restraints and an “under bed cage,” perfect for imprisoning one or more friends.

As far as pricing goes, I wasn’t able to find the exact bed online, but dungeonbeds.com has comparable models. With all the added bells and whistles, this one probably went for over $5,000. If you’re gonna treat yourself to an S&M dungeon, you might as well go all out. 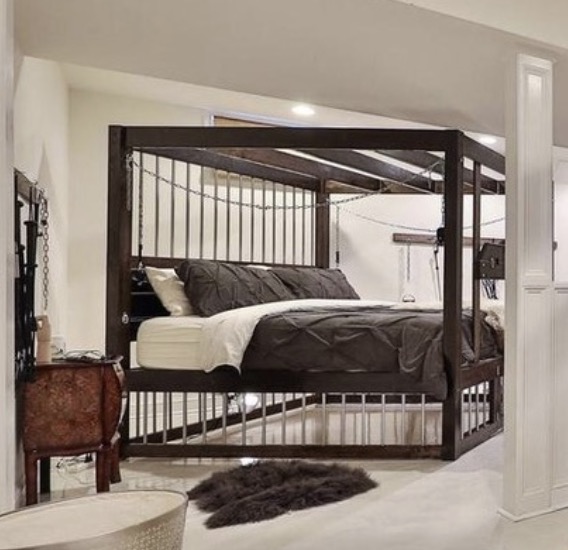 And at the foot of the stairs is a “bondage chair.” Pretty standard, you can find those on Etsy. There also appears to be an wooden anatomical figure for sketching. Maybe this is a combination sex dungeon and art studio? It’s nice to have multi-purpose rooms! 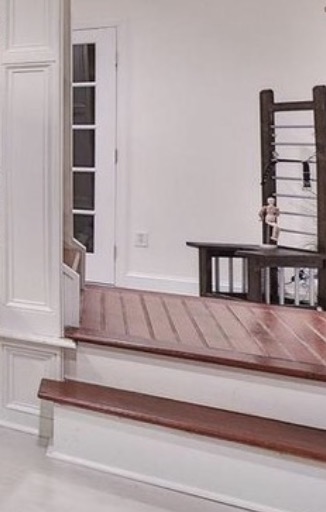 That’s quite a sex dungeon. But if you ask me, the only objectionable thing inside the whole house is this island sink in the master bathroom. 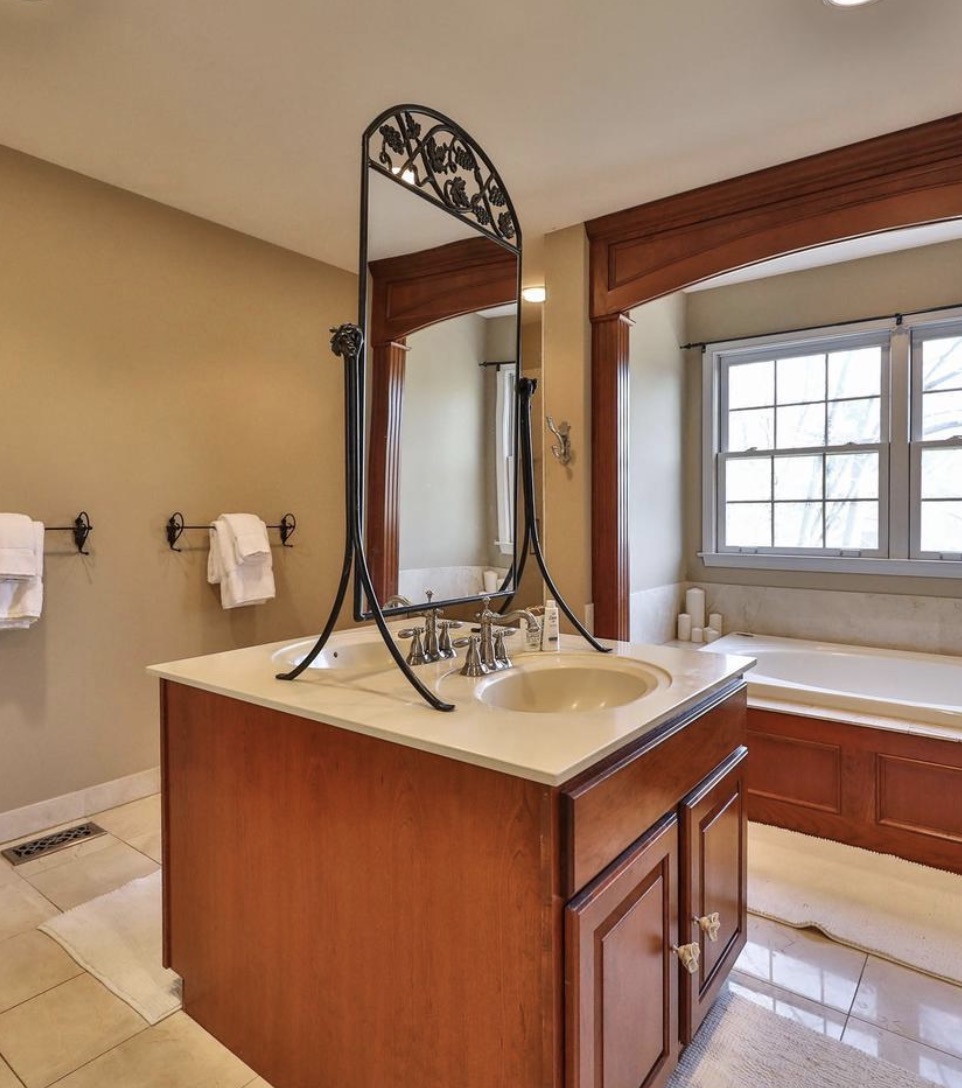 What kind of sicko would do that?!

(Also, I hope you people are happy that I permanently ruined my Google search history looking all of that up for you!)

Real-estate listings seldom go viral, but the home at 1612 Norristown Rd. did, for obvious reasons. After the house became world-famous around the world, real-estate agent Melissa Leonard agreed to an interview with Slate, to provide some much-needed insight into the story.

The people at Slate did a great job getting answers to questions all of us are asking. Like how someone would approach a realtor to sell a house like this. Leonard shared the story:

“The seller called me, saying, ‘I need a Realtor who’s outside the box, who can work with something different.’ I said, ‘OK, I’m driving, but send me the photos and I’ll look when I get home.’ He’s like, ‘I need you to pull over.’ So I pull over and I looked at them and I laughed. I laughed! I called him and I’m like, ‘You’ve got this whole little sexual oasis.’

Leonard was unfazed. She wasn’t about to let a little kink get in the way of a sale.

“So then I went over and looked at the house. I had a straight face. I said, ‘I can sell this. We can sell this.” And here we are! We’re on TV, magazines are calling, you’re calling me.”

Instead of downplaying or trying to hide the house’s secret, Leonard posted photos of the dungeon on several real-estate listing websites. After all, she pointed out, a house is just a house. Everything inside is ultimately optional.

“It’s a beautiful house in a great neighborhood, a great school district. Someone called me for a client in New York and said they want the house but they don’t want the sex stuff. I said, ‘You don’t have to have it! You can take it out!'”

Leonard was pretty confident the listing would go viral, which would possibly help sell the house. It definitely has brought attention to the Maple Glen home, but not all of it has been positive. During the interview, angry neighbors confronted Leonard and demanded she take the photos down. You know what? Here’s the whole exchange:

Male voice: Are you the real estate agent?

Male voice: We’re very upset about this whole thing. We do not want something like this in our neighborhood. Take that off the internet. That’s disgusting. We don’t want that.

Leonard: Sir, if the owner wants those photos on the listing, that’s their choice!

Male voice: You’ve got to take them down! We live next door and we don’t want this!

Leonard: You’re angry at me but you’re really angry at the owner. I’m trying to sell the house as fast as possible.

Male voice: People are all over the neighborhood and they’re all saying they’re here to see the sex house!

Leonard: Well, they’re just here because of the news trucks. They want to see what’s going on.

Female voice: Look, I know for a fact people are not here to buy the house. They just want to see the room.

Leonard: We’re not showing to anyone without a Realtor. We’re not letting people just walk in.

Male voice: Who is your supervisor?

Leonard [to Slate]: Can I call you back?

That’s an awkward neighbor situation. But at least the owners of 1612 Norristown Rd. are moving out and won’t have to endure years of uncomfortable run-ins.