Everybody has a weird food habit or two. We all have a unique way of eating something that to us is delicious, but to most of the outside world would be absolutely revolting. For example, one of my favorite snacks is Goldfish crackers doused in hot sauce, and eaten from a bowl with a spoon. It’s my savory, spicy cereal, and now thousands of strangers about it.

During the Grammies on Sunday night, Twitter user @kyry5 was much more preoccupied with people’s weird food routines than with who won Album of the Year. He kicked things off by sharing his own odd food habit, and then prompting people to dish on their own. 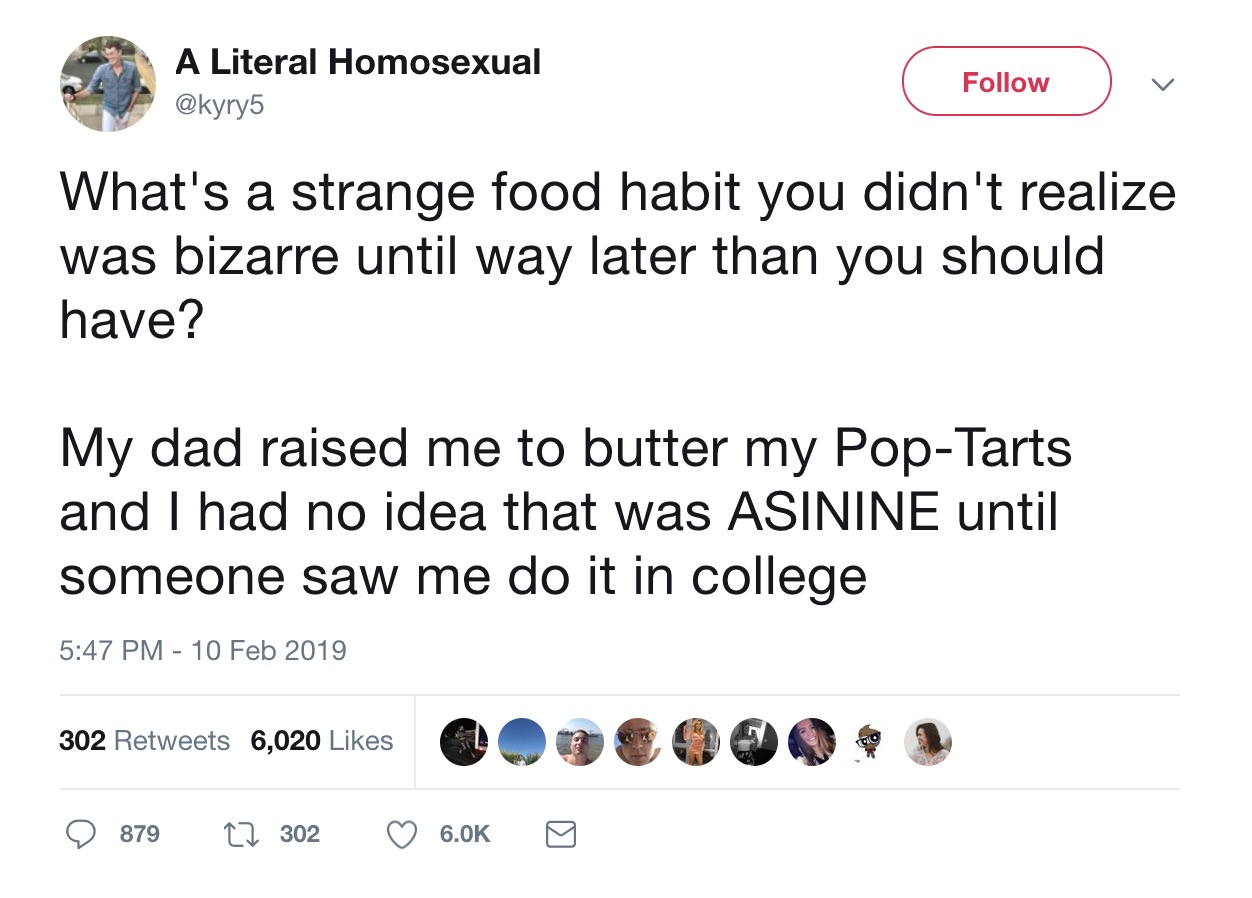 Sounds to me like @kyry5’s Dad ran out of bread to make toast one morning and tried to pass off this “buttered Pop Tarts” thing like it’s normal. And it worked! Father of the DECADE!

Hundreds of people responded to the Tweet with weird food stories of their own. The answers were equal parts disgusting and hilarious, but above all they proved beyond a doubt that people are weirdos when it comes to eating.

Here are 15 of the best answers. And be sure to share your own food weirdness with us! 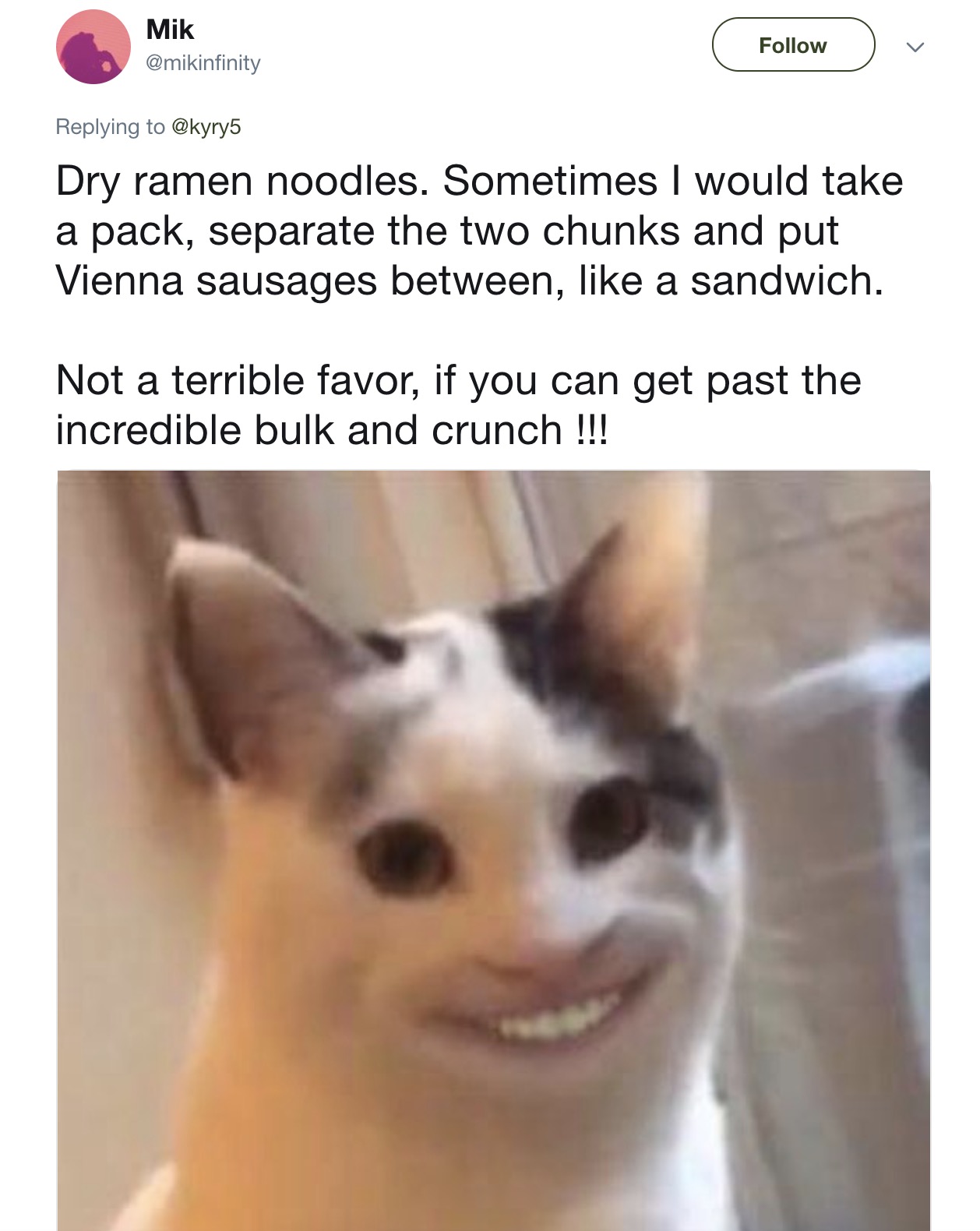 2. Actually, everyone does this. This one will be the most normal thing on the list, by far. 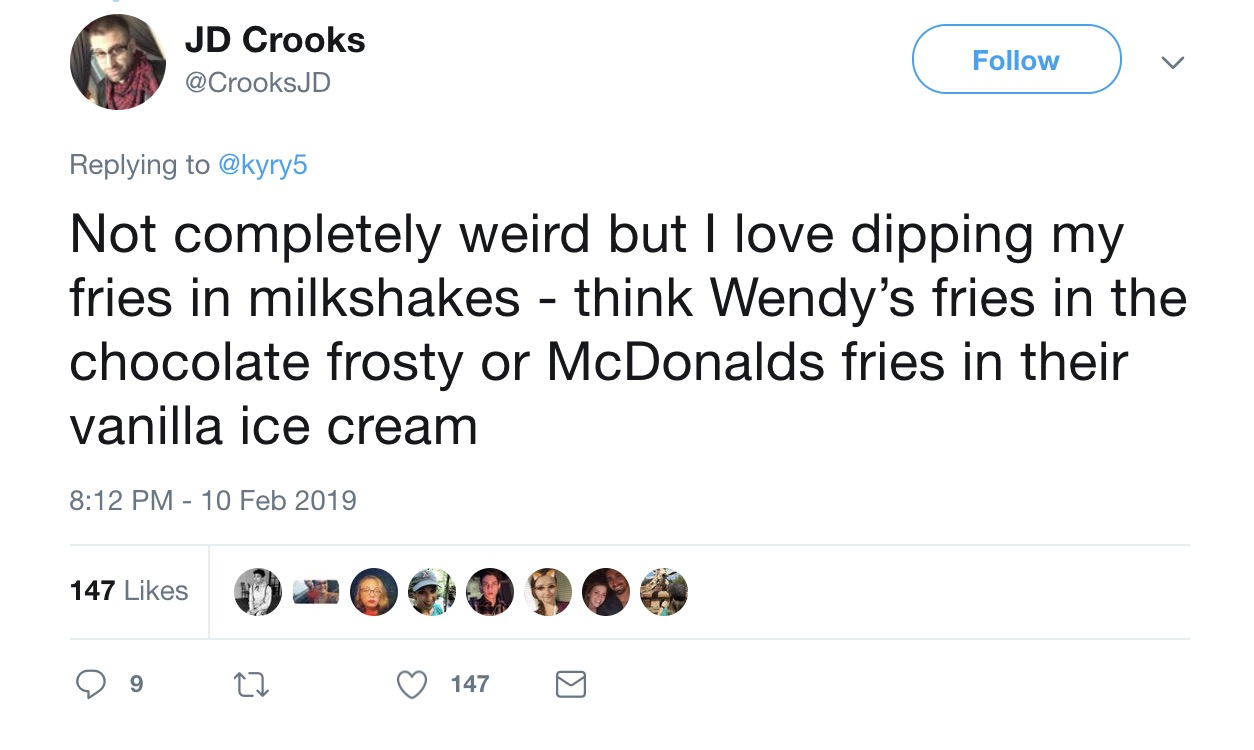 3. The best part of waking up is…4o proof booze on your toast. 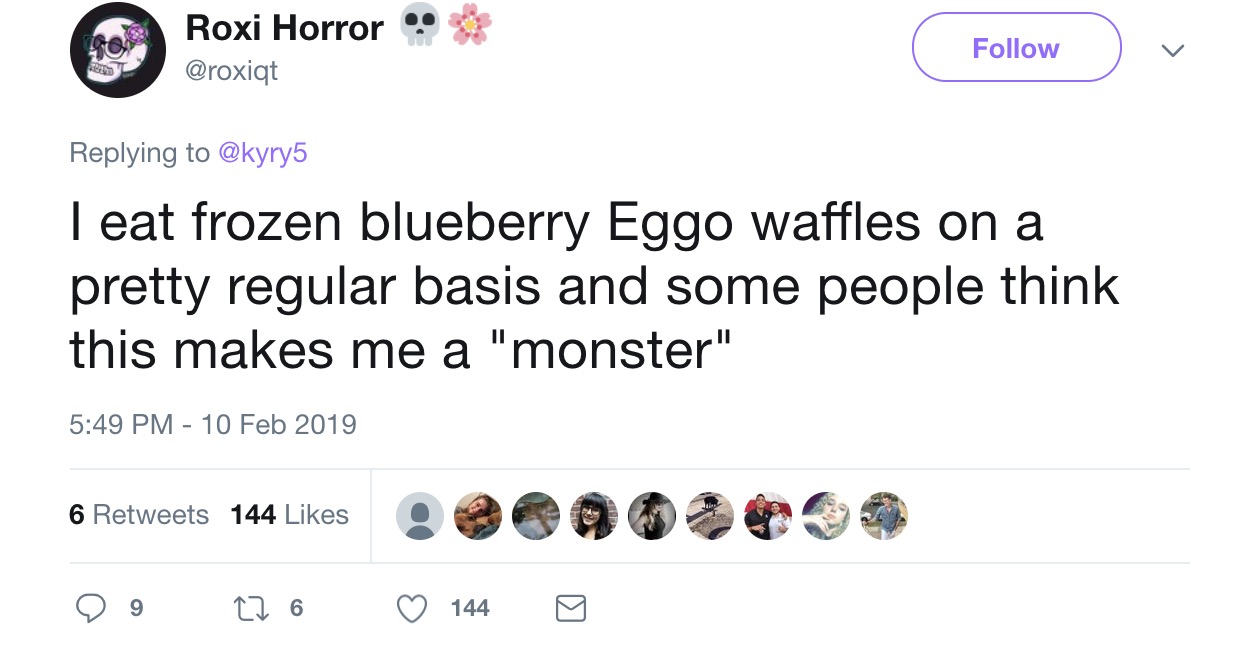 5. And you thought your parents screwed you up.

6. Something tells me Dad wasn’t a gourmet chef. 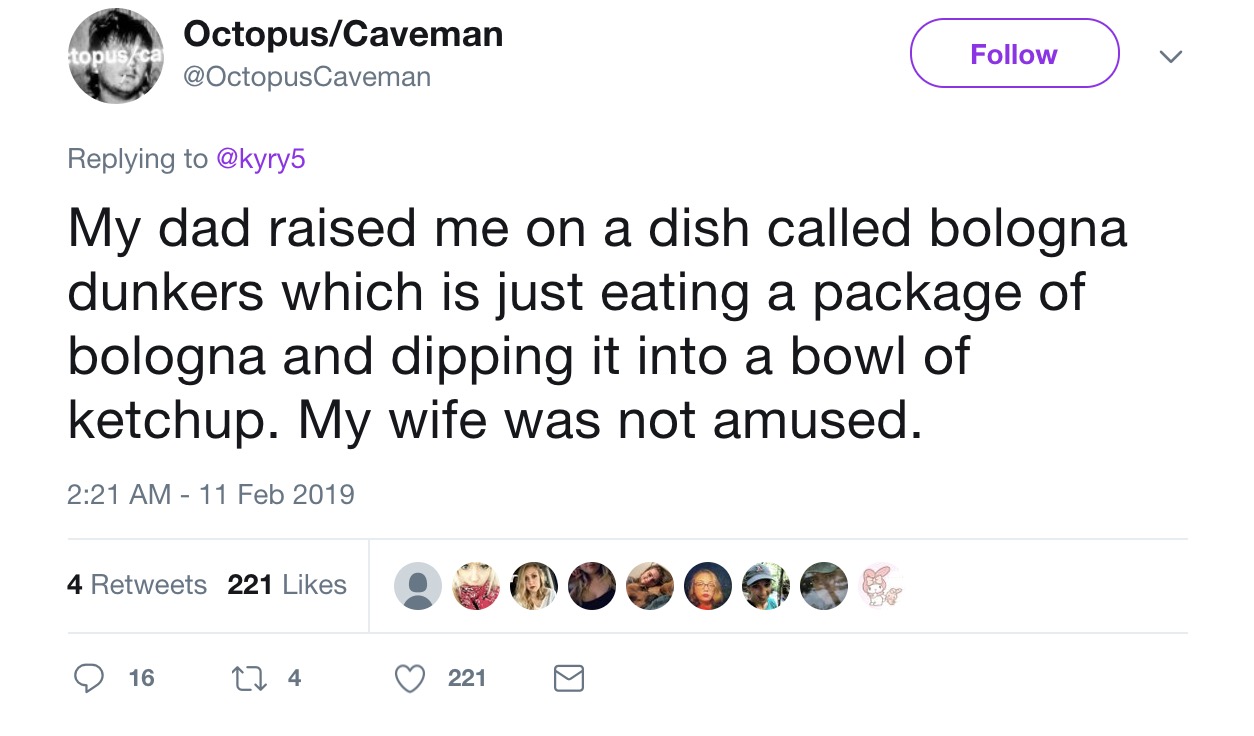 7. It should only be legal to put butter on, like, five foods tops. 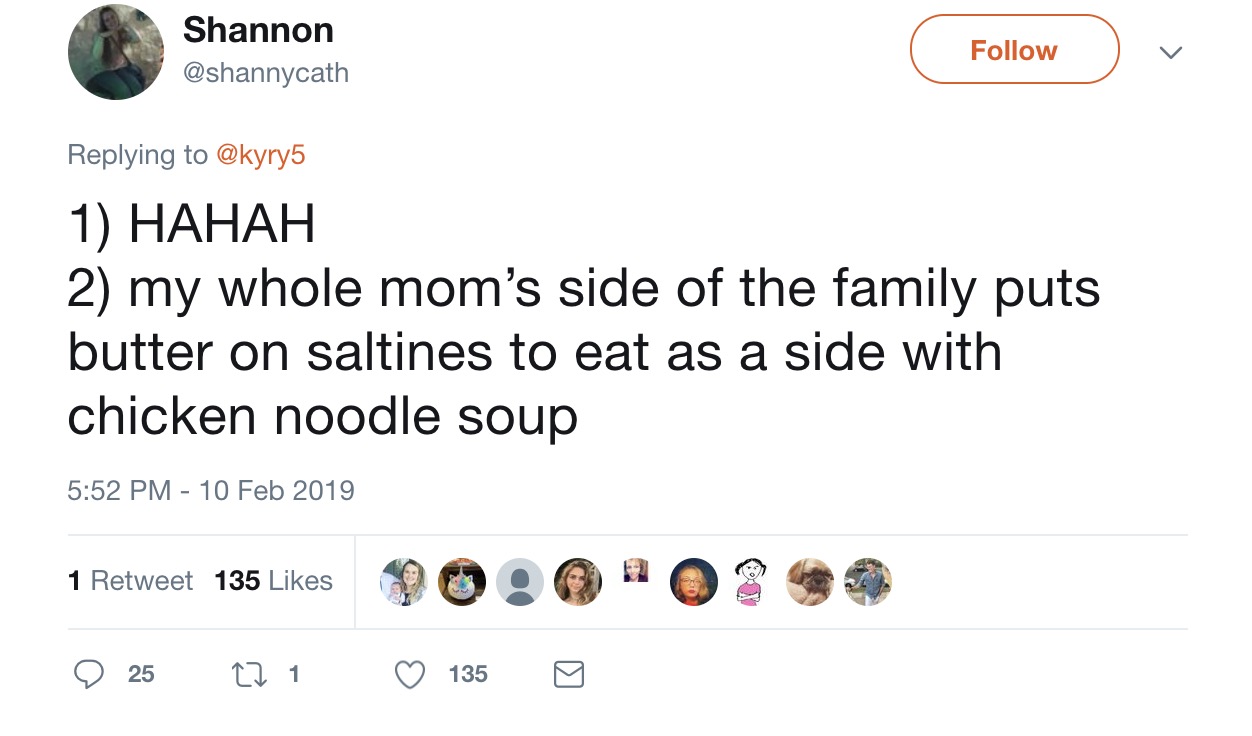 8. Too lazy to bake a cake? Why not just eat the first two ingredients? 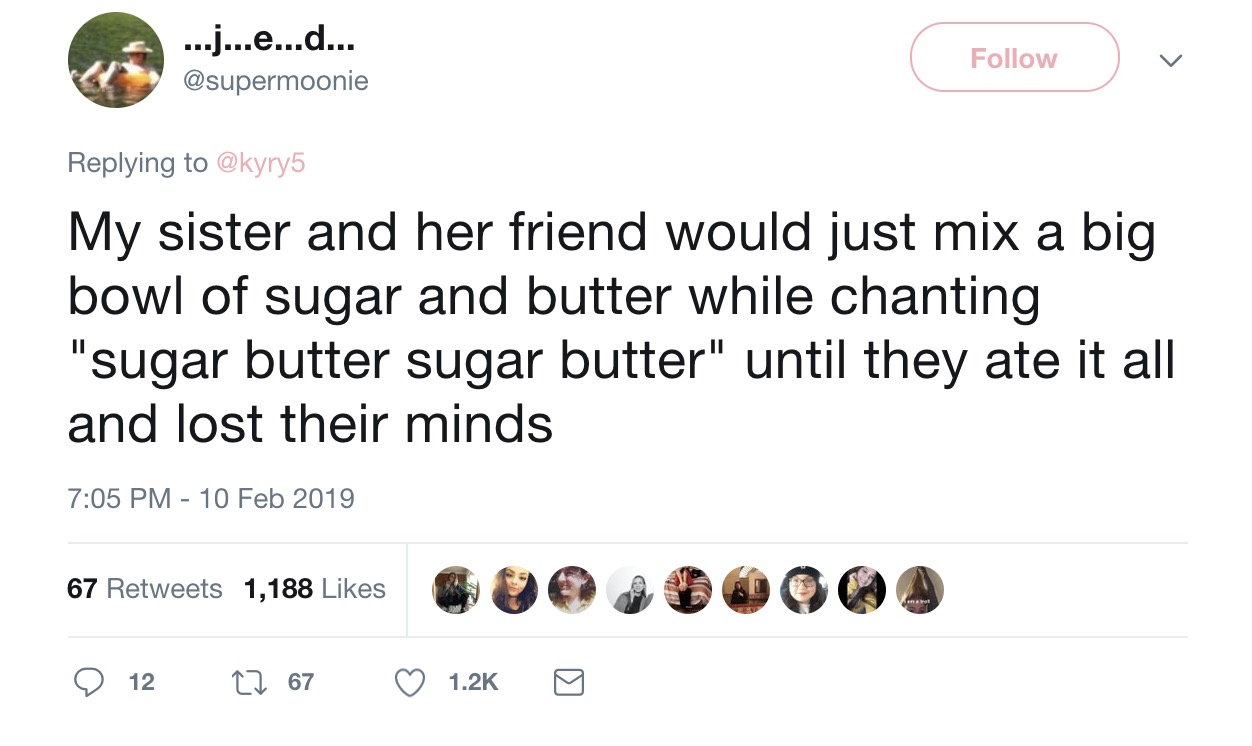 10. It takes a visionary to change the world. And we’ve found one. 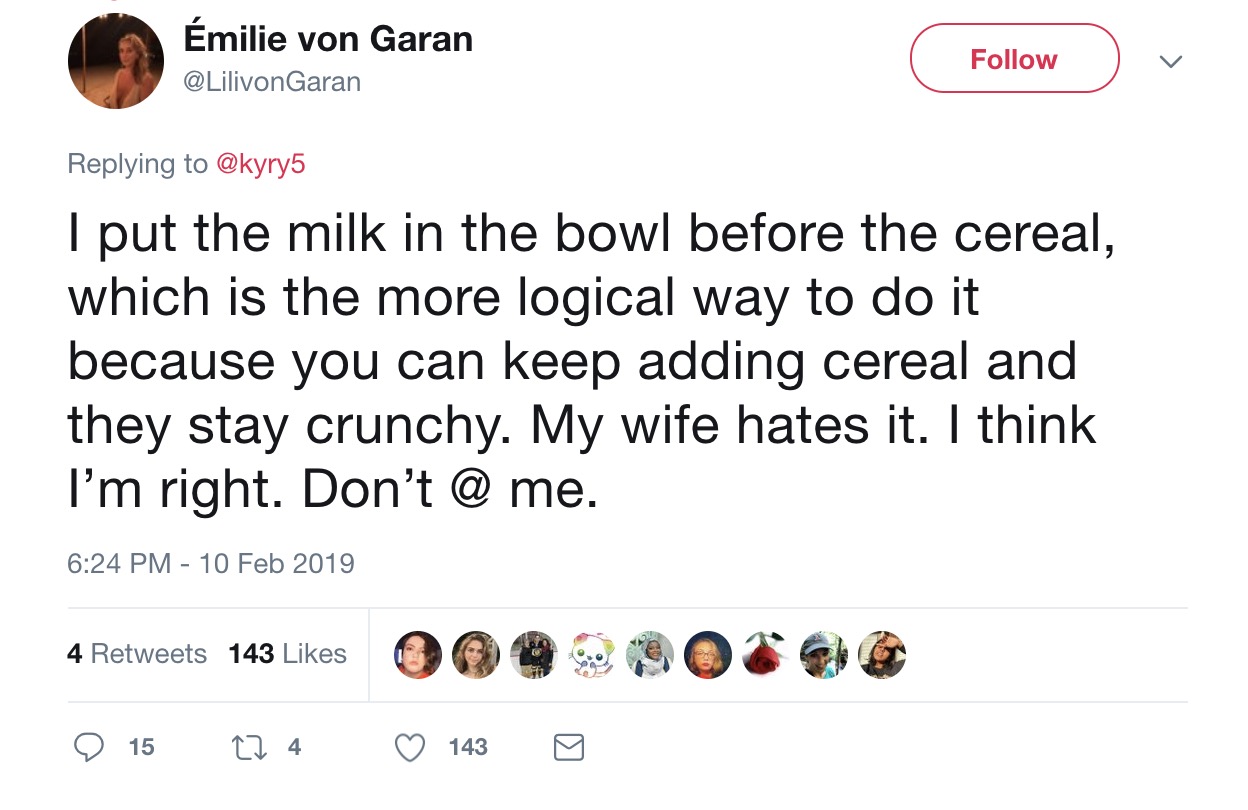 11. This is also why every time he eats lobster, he ends up in the emergency room. 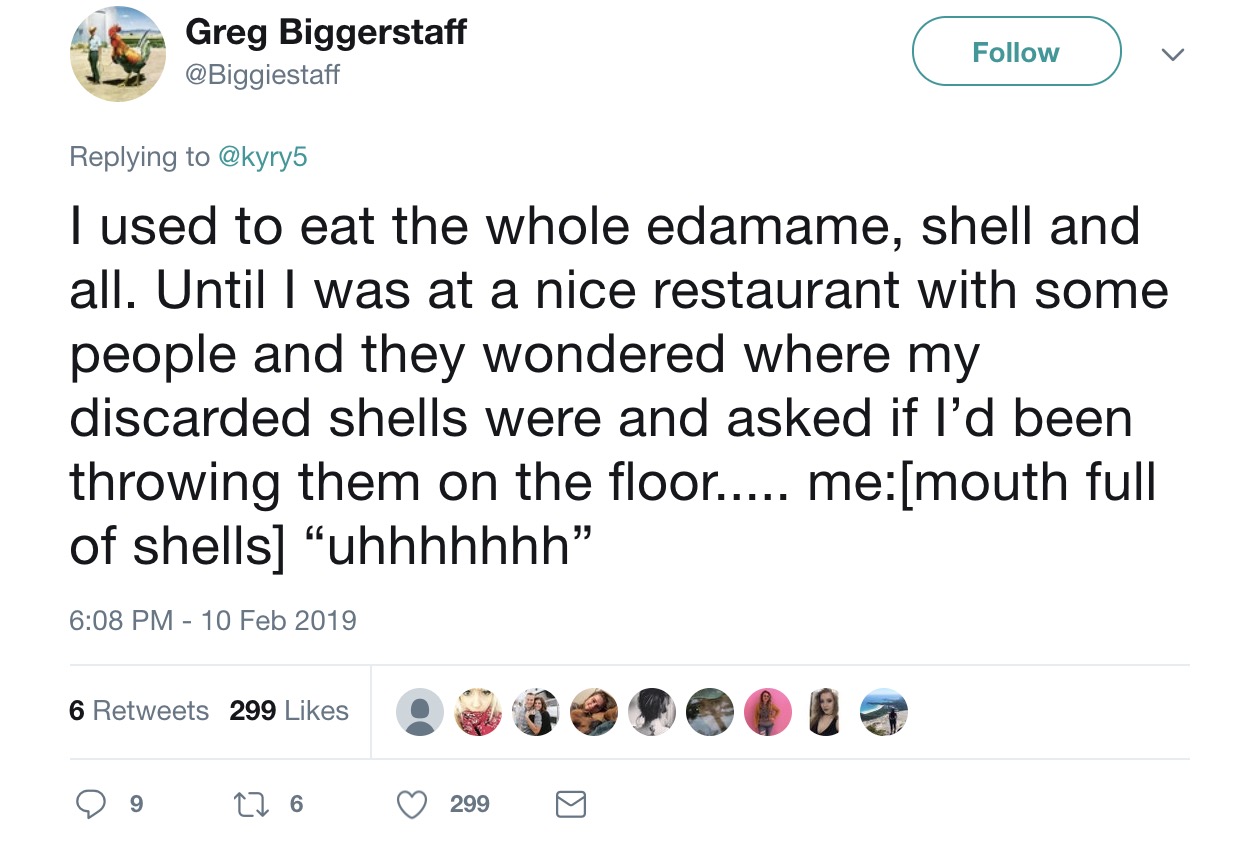 12. A taste of France and a taste of Canada, all in one bite!

13. I can’t decide what’s worse, eating this or watching someone else eat it. 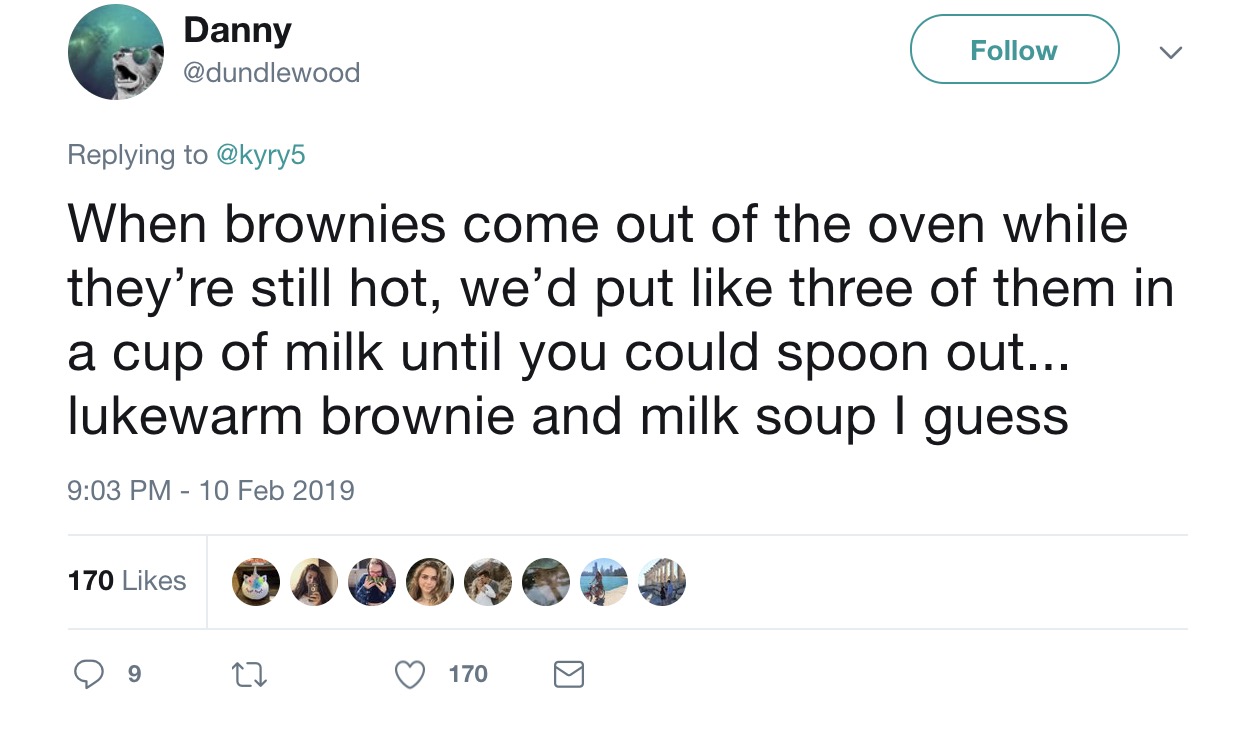 14. This man owes me a new computer, because I threw up on the last one. 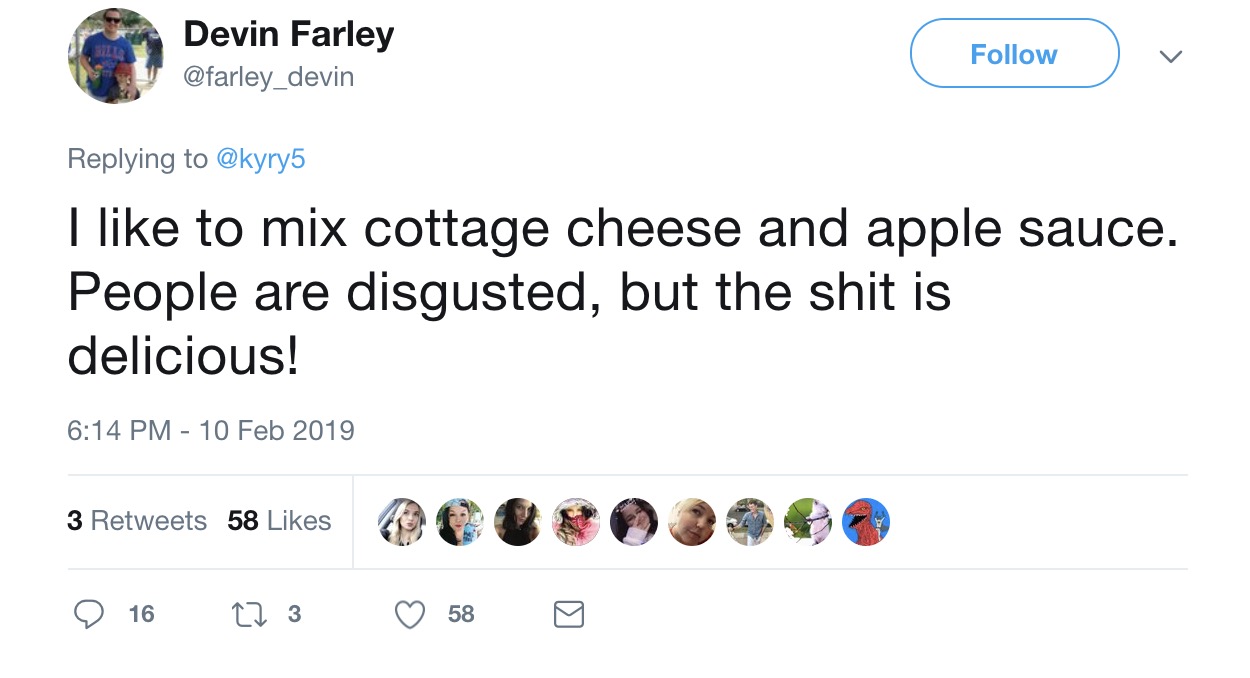 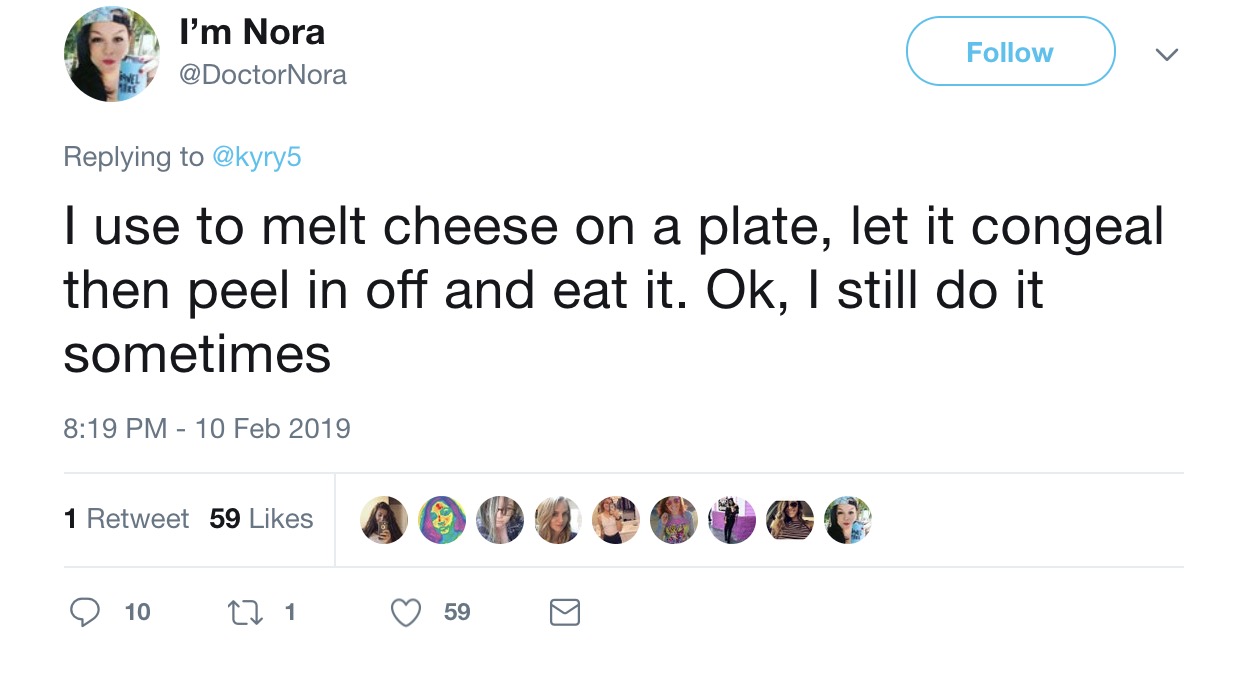