And Here We Have the World’s Loneliest ATM…

That’s right. Even though most of it is barely habitable and hosts between just 250 and 1,000 visitors a year, people gots ta have their cash.

That’s where Well’s Fargo comes in. 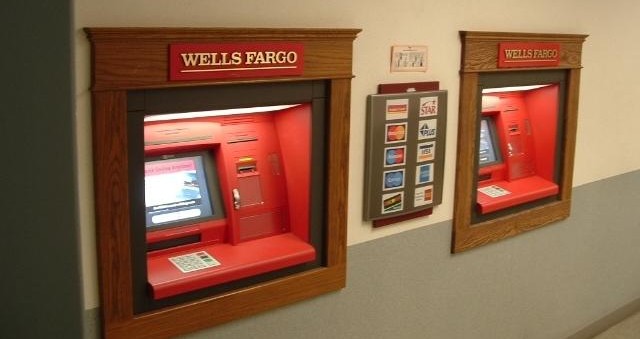 The banking conglomerate installed an automatic teller machine (ATM) back in 1998 at McMurdo Station, the largest science hub, and community, on the continent.

“Every two years, both machines are serviced and brought up to speed on the latest technology,” Well’s Fargo spokesperson Kristopher Dahl says. Not only that, but the vendors chosen for that job have to get physical and psychological exams to make sure they’re able to deal with the harsh climate in case they get held over.

But why do these people need cash, you ask? I mean, they’re not animals! They can use it to patronize the coffee shops, general stores, bars, or the post office.

Maintenance is scheduled just every two years, so what happens if an ATM breaks in the meantime and there is no way for service specialists to get to Antartica? Dahl promises that the company trains McMurdo staff to make simple repairs, and more importantly, there’s a second ATM that can be cannibalized for parts.

But what if someone lost their mind and had the financial resources to max out their daily withdrawal limit until they depleted the ATM of its cash reserves, ruining the economy of an entire continent?!

“That’s interesting,” Dahl says. “For security reasons, we can’t share how much cash is in the machine or other related information.” Anyone planning any type of foul play should take note: Dahl says that there’s a camera in the unit.

Animals Are Good at Selfies, Too!
15 People Share Their Worst Wedding Fails
15 Times Kids Asked Hilarious Questions
Married Folks: Enjoy These Tweets About How ‘Date Night’ Changes After You Get Hitched
12 Humorous Tweets That Might Make Your Day
15 Funny Tweets About the Annual Hell of Christmas Cards
We use cookies to offer you a better experience, analyze traffic, personalize content, and serve ads. Learn more