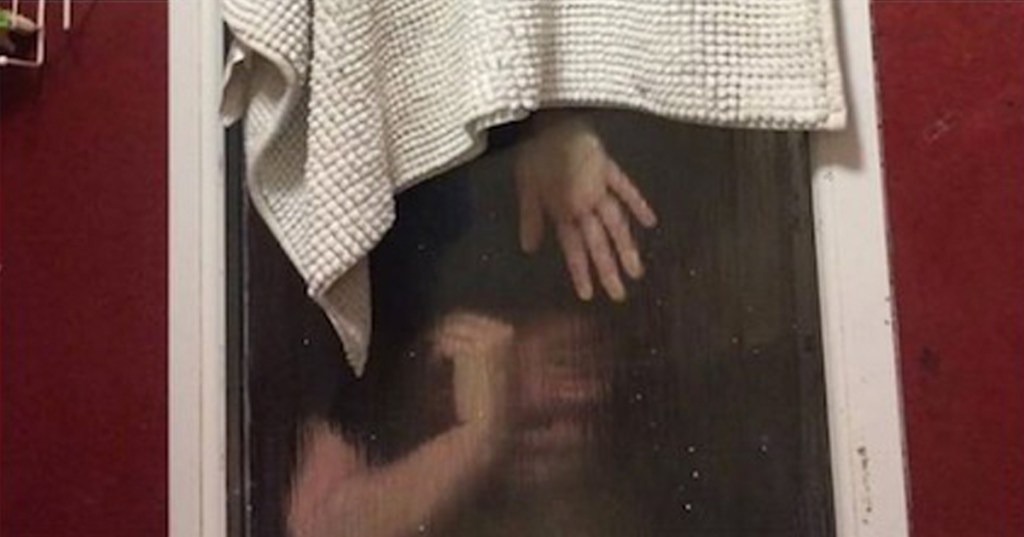 Woman Gets Trapped In Window While Retrieving Poo On First Date

Attention, everyone: you can stop comparing your “worst first date” stories, because we’ve found the winner. I promise you will never have a worse first date than this British woman did. Let’s jump right in, shall we?

Liam Smith, a student at Bristol University in England, was on a Tinder date with an unnamed woman–and once you read through this story, it will be no surprise why she didn’t share her name with the media. The date was going great. As Liam told it, after enjoying a meal at Nando’s, (which is a great UK based chicken restaurant), the pair decided to retire to Liam’s flat for some good old fashioned Netflix & Chill. 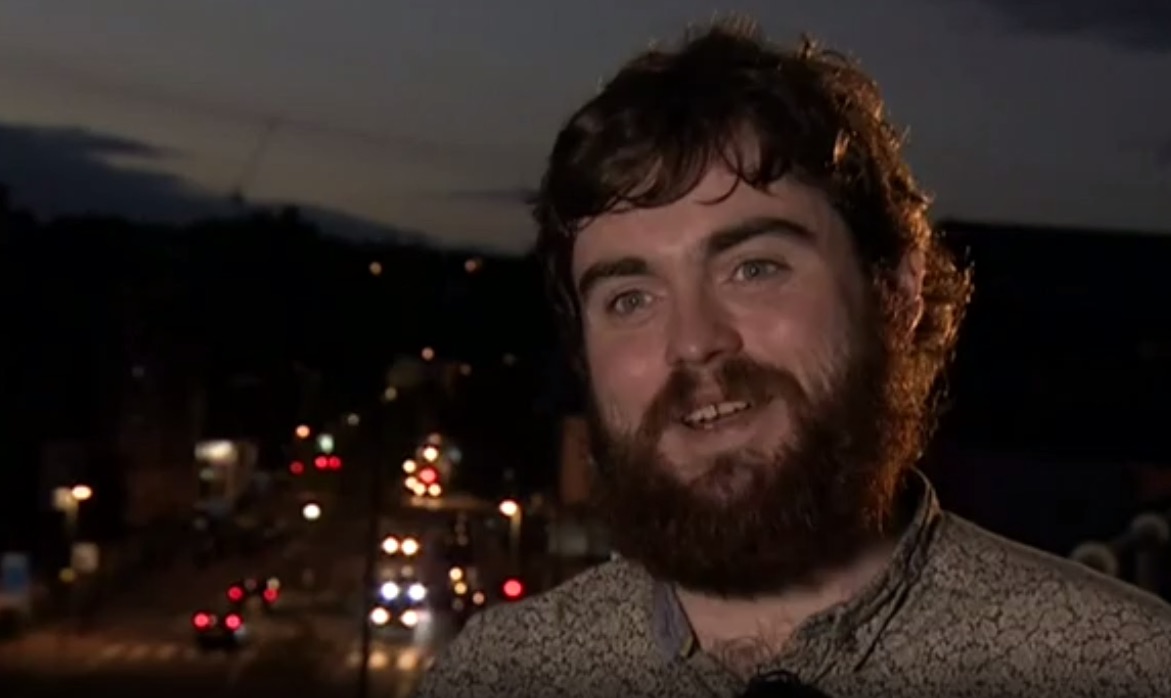 Pictured: Liam Smith, who is a dead ringer for Samwell Tarly from Game of Thrones.

Once they arrived at Liam’s place, the woman felt an all-too-familiar rumbling in her guts. Rather than pull a George Costanza and bail on the date entirely, the woman sucked it up, went into Liam’s bathroom, and made her deposit. And then she discovered, to her horror, that the toilet did not flush.

What would you do if you were in this predicament? Would you open the toilet tank and try to get the toilet working? Would you move to another town and change your name? Both are reasonable options. But the woman took a different approach. Remembering that Liam’s apartment overlooks a garden, the woman grabbed the problem poo, opened the window, and chucked it, thinking it would be hidden among the plants below.

Problem was, Liam’s bathroom window actually has two panes of glass. The troublesome turd was now trapped in the narrow space between them, well out of the woman’s reach. 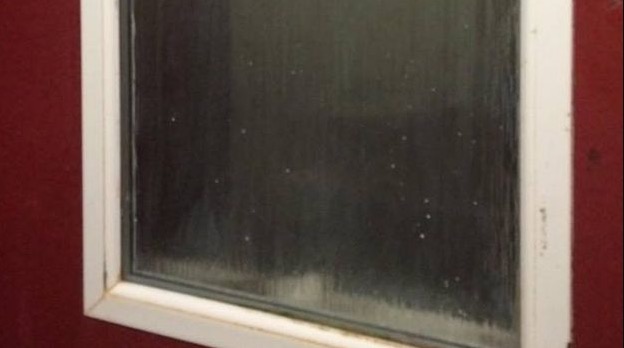 Pictured: the betrayer in question. Don’t let this innocent-looking bathroom window fool you!

Before we continue the story, let’s all just imagine how the woman must have felt in this moment. The only other people who have felt this kind of terror and dread are Jurassic Park characters who just realized the dinosaurs escaped.

At this point the woman knew she had no choice but to fess up. She went back to the living room and told Liam what she did. Liam, good-naturedly, laughed off the situation and agreed to help her retrieve the deceitful dook.

As Liam went to look for a hammer to break the window, the woman opened the window as far as she could and then climbed in headfirst. Where she promptly got stuck. (Presumably face-to-face with the fiendish feces.) 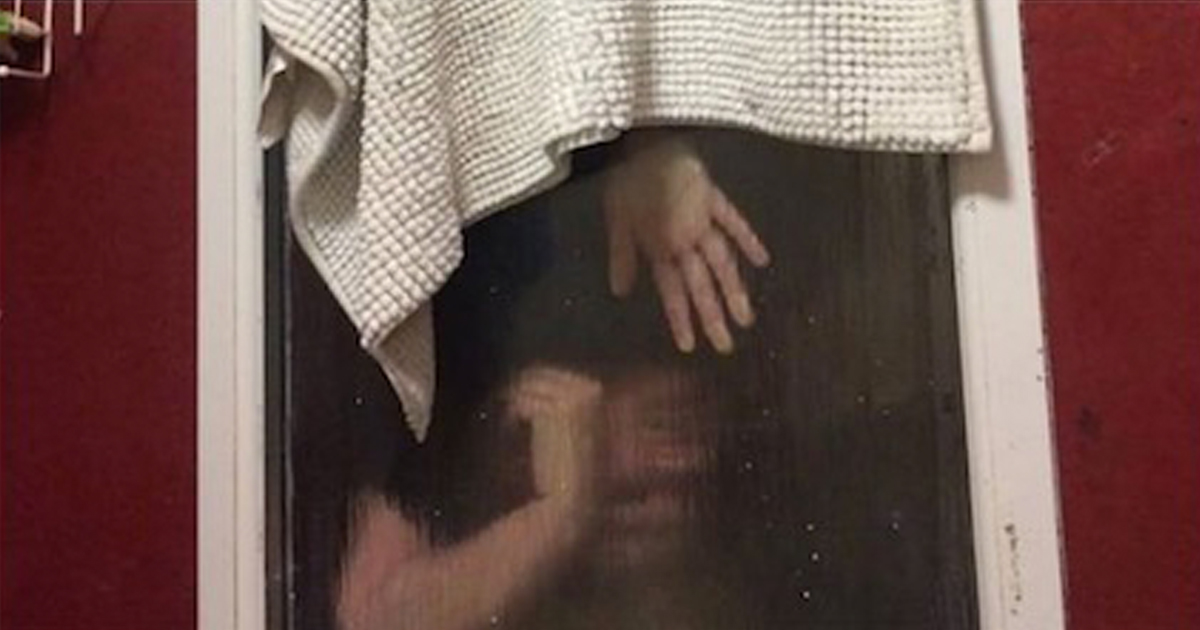 Pictured: the woman stuck upside-down in the window, wondering how much this is going to cost her in therapy bills.

So, Liam had to call the fire department. After I assume they laughed uncontrollably for about an hour, the firefighters eventually broke the window and let her out.

The window cost about 300 pounds to replace, and Liam used a crowdfunding site to fund the repairs. (Which is how we even know about this.) Liam’s request was so popular that people sent him over 1200 pounds, which he and the woman split between two charities. 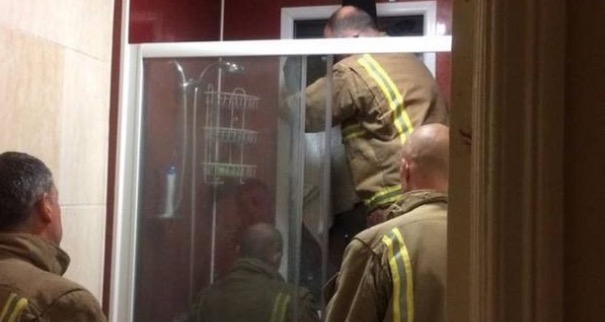 Pictured: Bristol’s finest, memorizing every detail of this encounter so they can tell the story the rest of their lives.

If you’re like me, the first question you had after hearing about this is, did they go on a second date? Well, they did! So it sounds like The Tale of the Evil Excrement was NOT a deal-breaker. Which is something to remember the next time you commit a dating faux pas: even the woman who got trapped in a window retrieving her own crap still got a second date.

Before we wrap up, let me also say that it’s easy to have a chuckle about the woman’s predicament, but Liam deserves some of the blame too. None of this would have happened if Liam made sure his toilet worked. People, if you’re having guests over, dates or otherwise, have a working toilet!

Also, don’t take a date to Nando’s. Seriously. Nando’s is delicious, but I am not at all surprised this happened. Nando’s should only be an option once you’re firmly ensconced in a relationship.