Woman Gets Roasted By Her Children In Brutally Honest Obituary

An obituary is a space to celebrate a person’s life. Even if that person wasn’t well-liked, or wronged lots of people, usually whoever writes the obituary gives it a positive spin. It’s just not the place to air a lifetime of grievances.

But when one mother passed away on May 31th, two of her children decided to forego the niceties and get real instead.

Kathleen Dehmlow (nee Schunk) was born in 1938 in the Minnesota of Wabasso, which has a population of about 700 people. At age 19, she married Dennis Dehmlow, and the couple had two children, Gina and Jay.

At this point in the obituary, things take a turn. Kathleen had an affair with Dennis’s brother, Lyle, became pregnant, and the two moved to California to start a new life, leaving Gina and Jay behind.

The obituary doesn’t mince words, stating that Kathleen “abandoned” her children, and that in her absence, she won’t be missed. 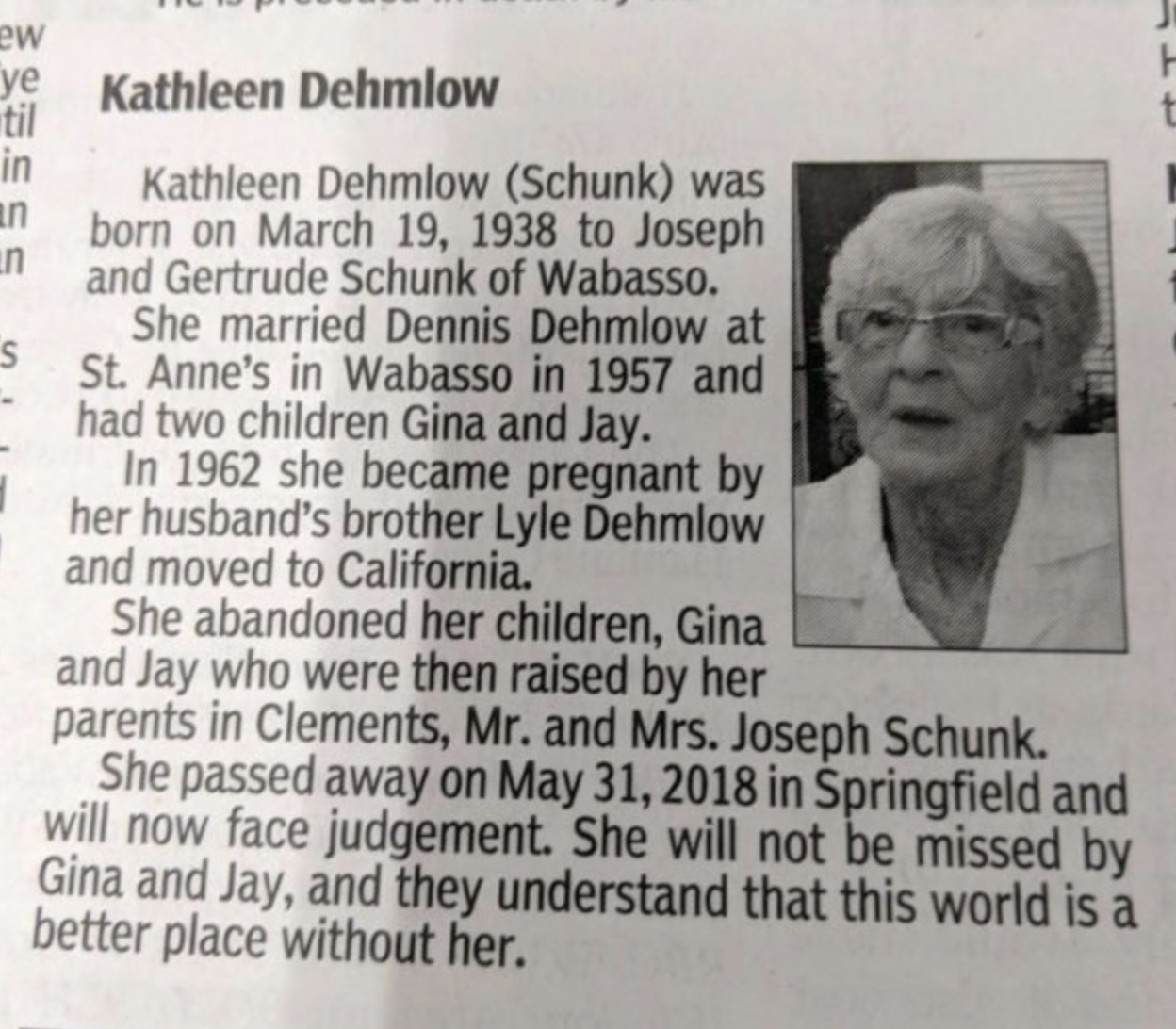 The obituary was published in Minnesota’s Redwood Falls Gazette, but it wasn’t the siblings’ first choice. Jay and Gina actually tried to get it published in another Minnesota newspaper, but it was rejected for being too inflammatory. According to Minnesota Public Radio, when Jay and Gina approached the Gazette, that paper’s staffers were also reluctant until an editor overruled them. The obituary ran, and after the ensuing ensuing uproar, the paper removed it from its website.

But Jay and his sister Gina have no regrets. “We knew there would be backlash but it really has helped us to finally get the last word,” Jay told The Daily Mail.

In his interview with the Mail, Jay, who has since changed his last name to distance himself from his mother, shed more light on their upbringing. After Kathleen abandoned them to be raised by their grandparents, they seldom saw her growing up. “We didn’t have so much as a card from her. I remember she came home twice and on one occasion she was showing pictures of her and her kids playing cards, drinking beers,” he said. “Gina and I were standing in the room, just standing there and she didn’t even acknowledge us. It’s like we didn’t exist.”

According to Jay, their father Dennis wasn’t much of a caregiver either. Having such a difficult home life led both siblings to regularly get in trouble with the law. Jay admits he used to be a “bad kid,” and Gina has been convicted of domestic violence twice.

But above all, Jay says, their motivation for writing an honest obituary was because few people knew the true story of what happened to their mother–especially relatives on Kathleen’s side of the family.

“They have no idea what we went through and back then,” he said. “In the ’50s and ’60s, nobody talked about anything.” 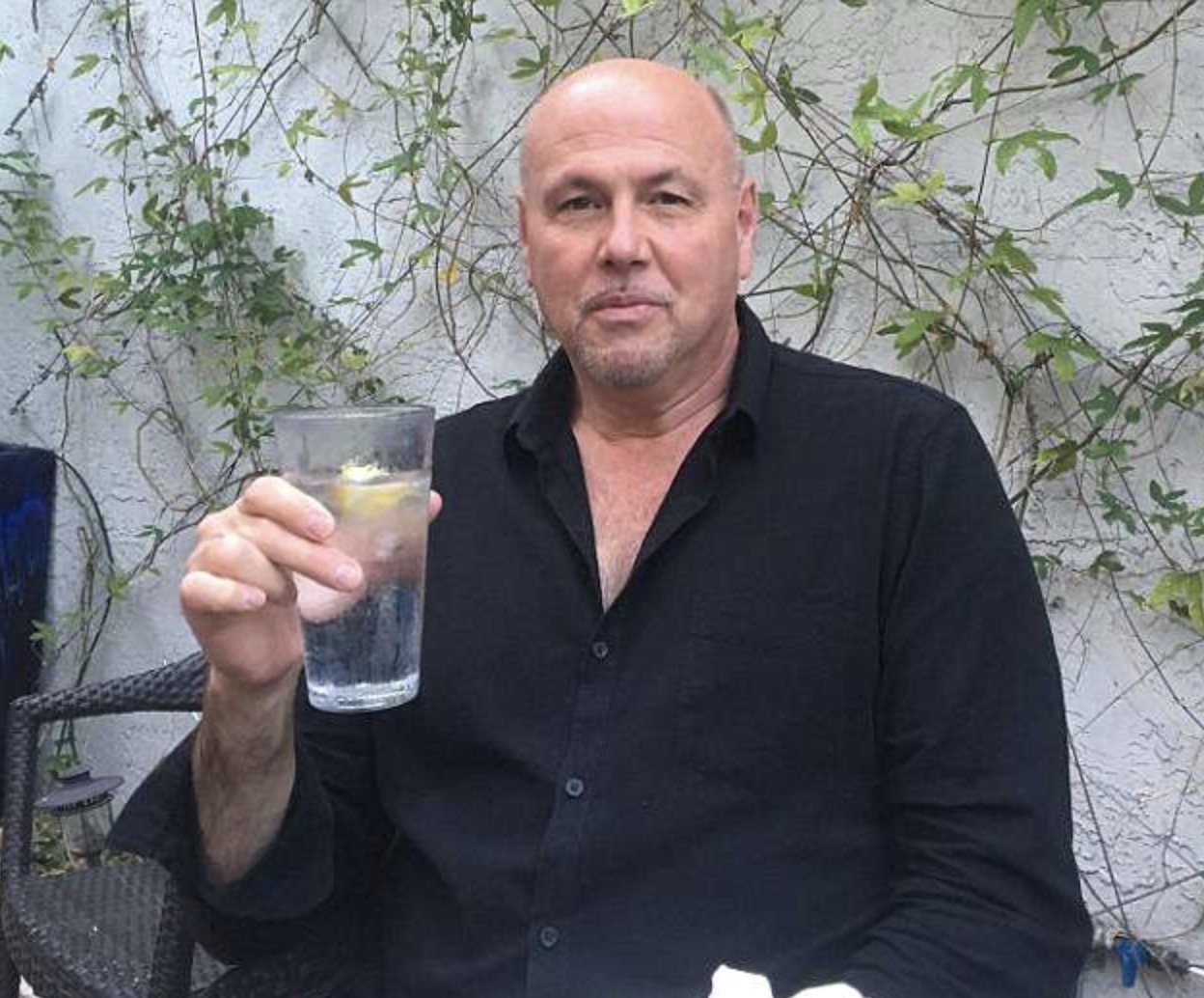 The story went viral, for obvious reasons–we’ve all  wondered what our own obituary will look like, haven’t we? Most people were simply shocked to see an obit this savage. 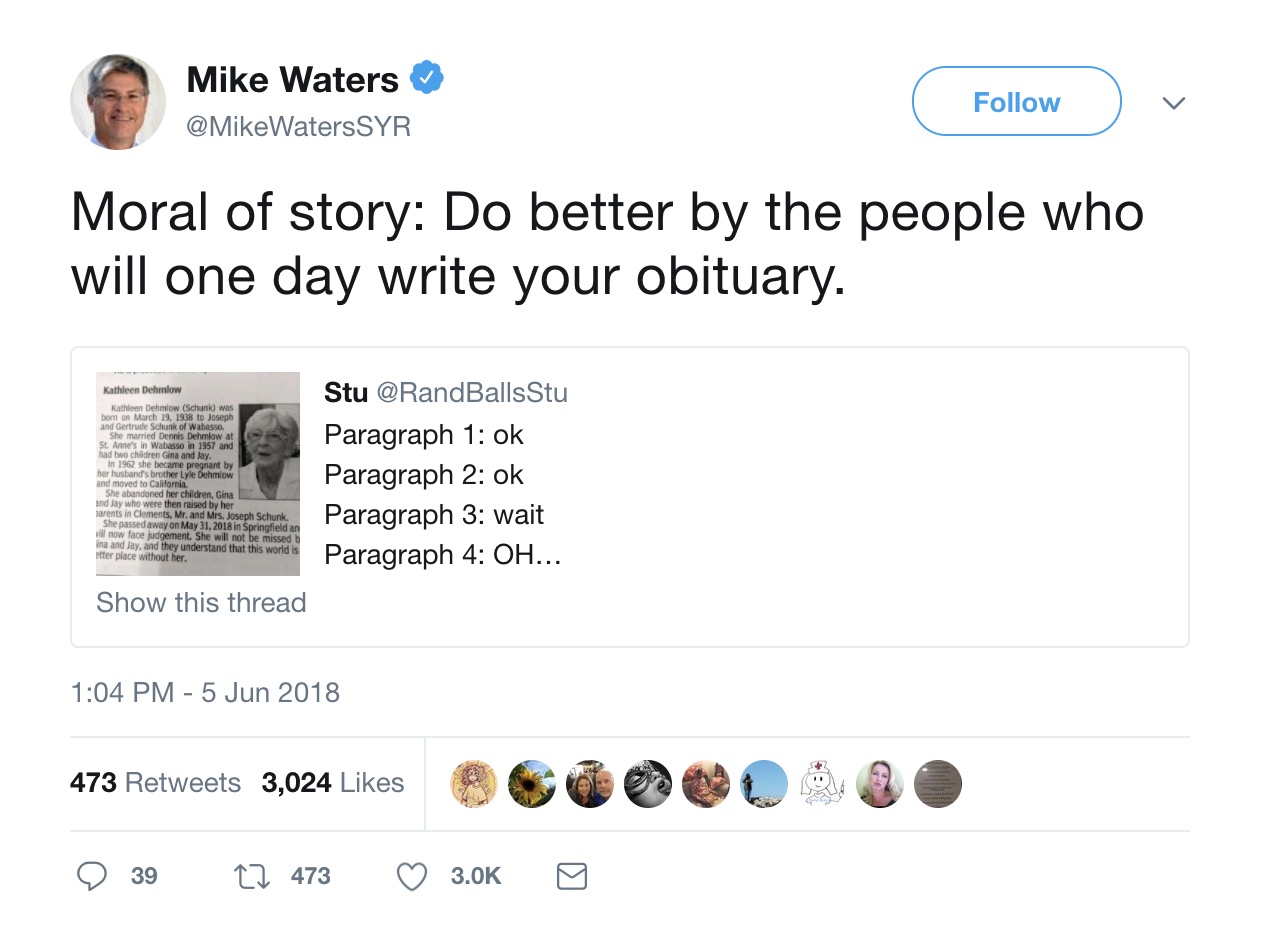 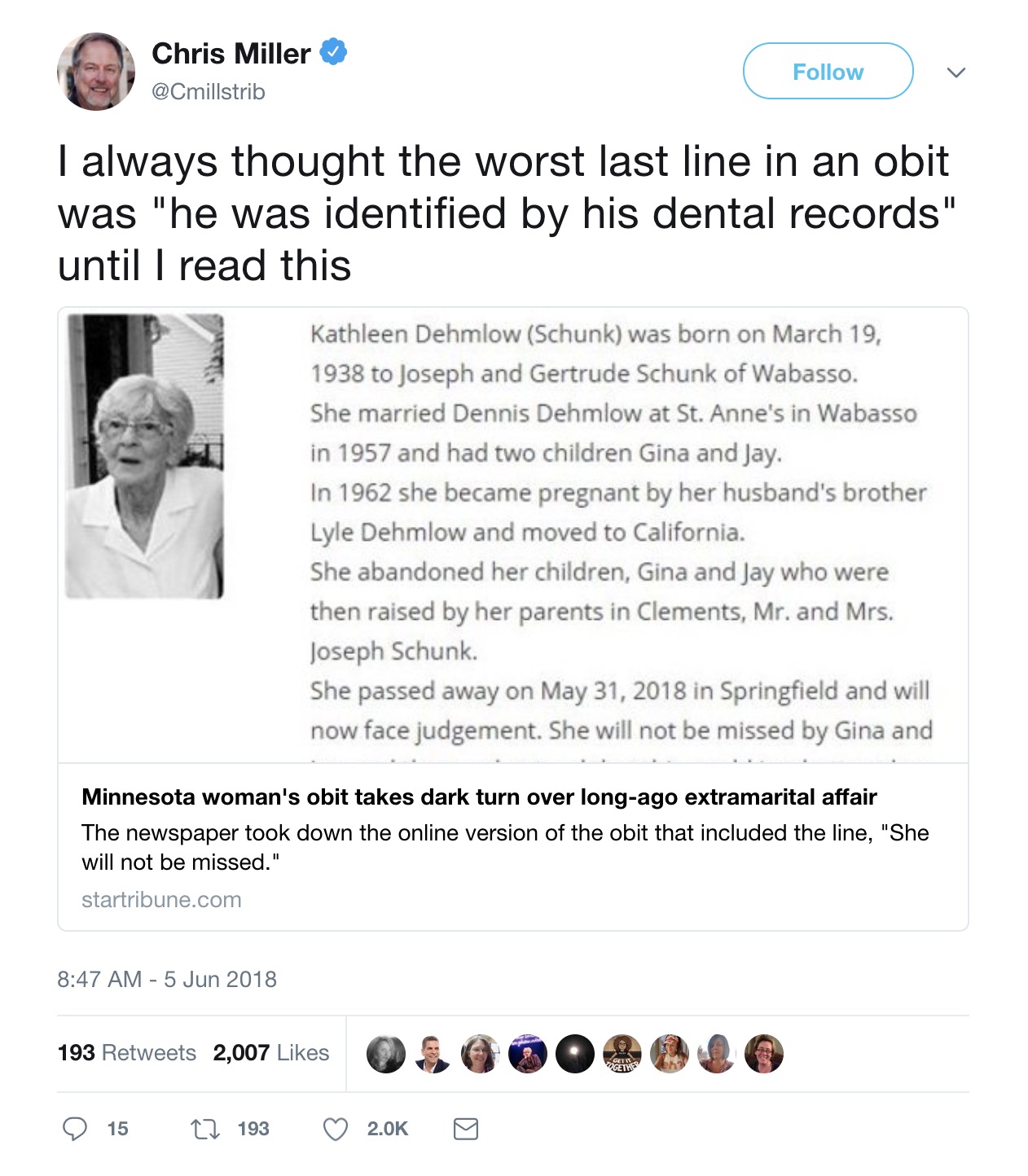 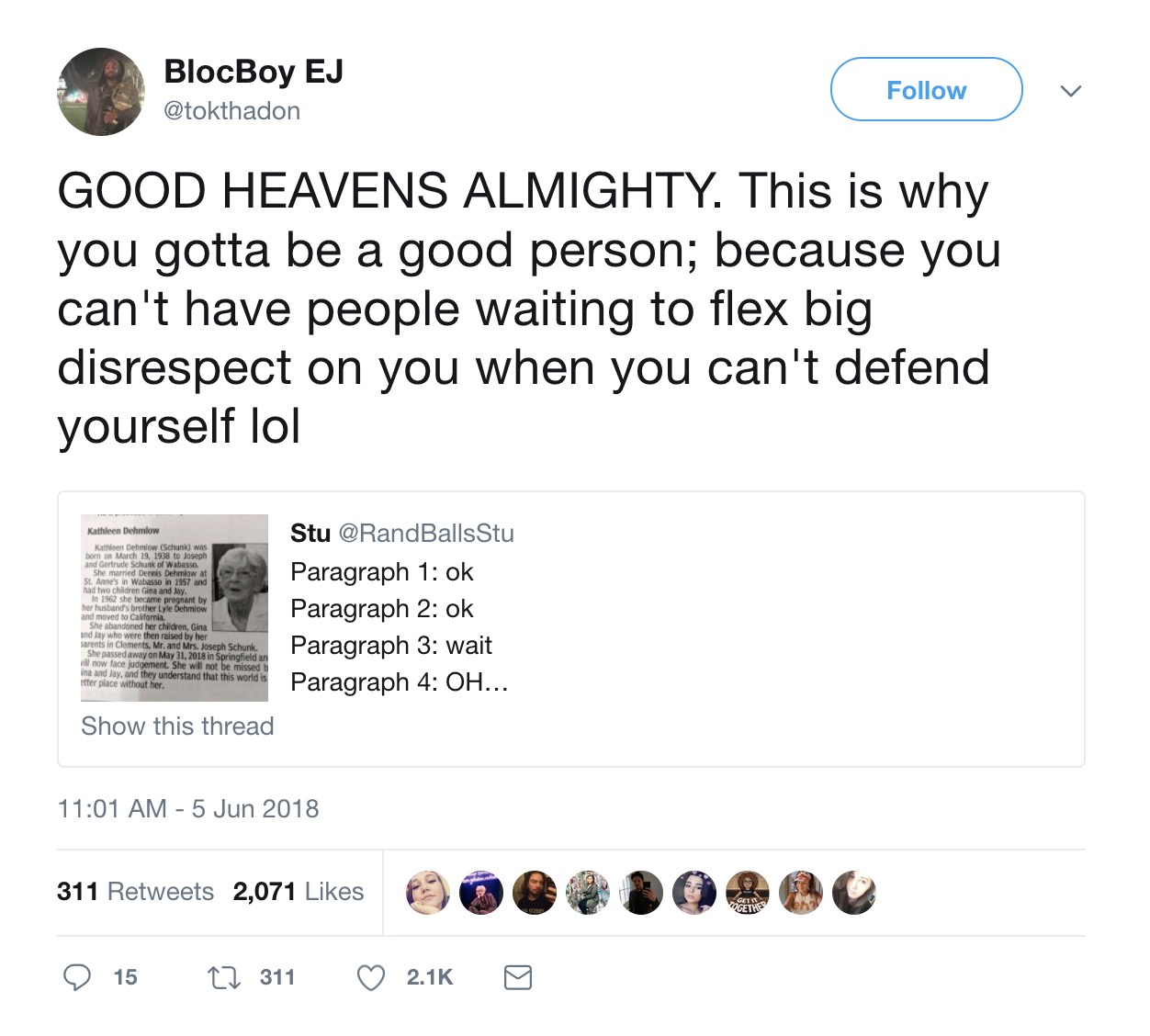 Some felt the obituary was too mean, no matter what Kathleen was really like as a mother. 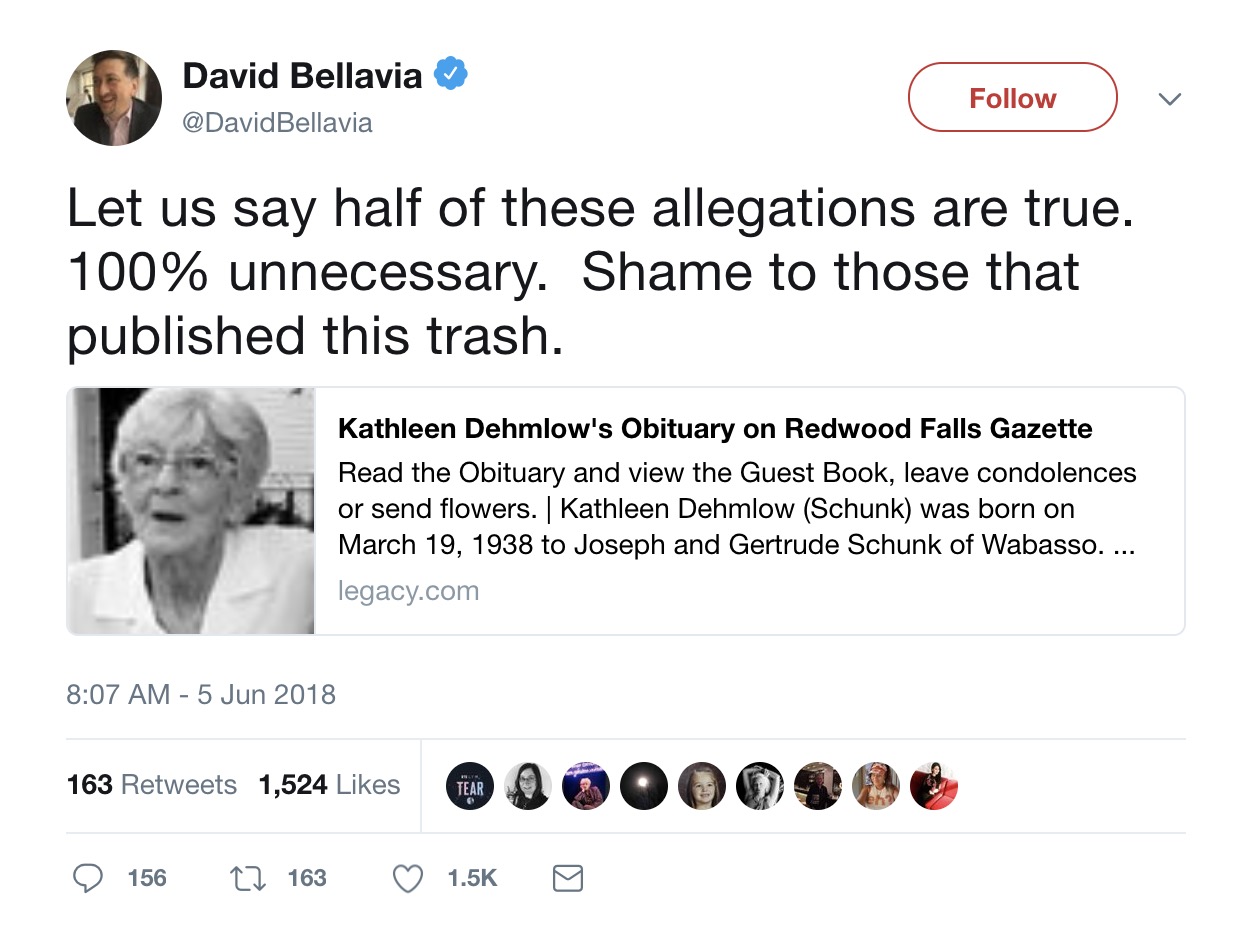 But plenty of people sided with Jay and Gina. 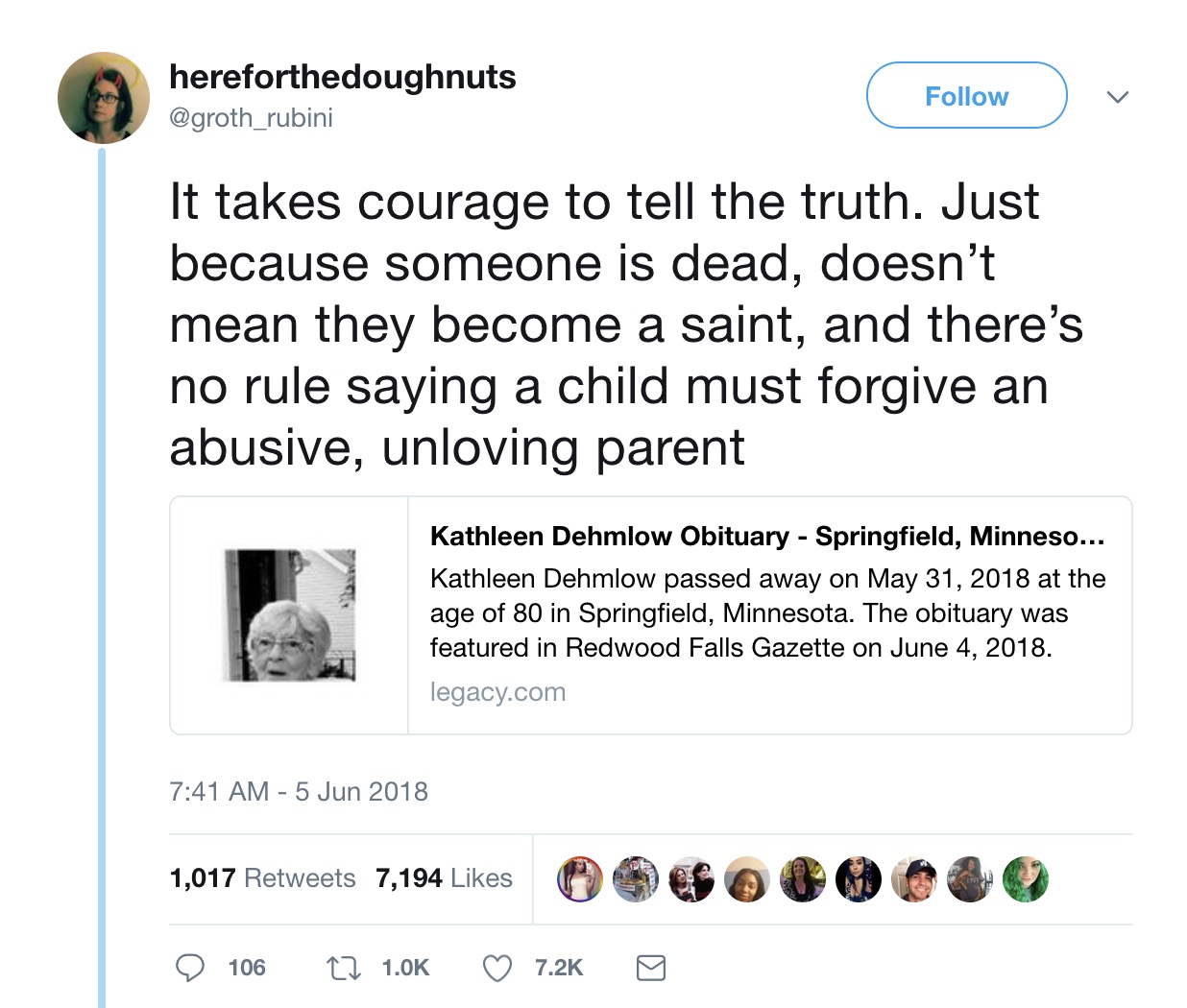 Whatever your opinion, let’s just hope this inspires all of us to be a little nicer. Otherwise your obituary might turn into a roast.

12+ People Confess What Magical Creatures They Believe Are out There Somewhere
15 Not-So-Healing Tweets About Couples Therapy
Ever Wondered if Cats Fart? Now We Know the Answer
Cats Mimicking Modeling Poses Is the Only Thing You Need in Your Life Today
15 Adults Who Turned Coloring Books Into NSFW Masterpieces
Hilarious Tweets About Preschool Graduations