It needs to be said: nobody is impressed with that selfie you took with an animal in a zoo. Photographing yourself with a captive animal does not make you look adventurous or badass in any way. This should be obvious to any reasonable person. I hope that if your friend shared a zoo selfie on social media, you would at the very least unfriend them. Reporting them to Facebook is also acceptable.

Nevertheless, lots of people love taking zoo selfies. If you must insist on a zoo selfie, at the very least you should be careful–even more careful than you would be when taking a normal selfie. Be aware of your surroundings. Don’t get too close to the animal, even if it’s in a cage. And above all use common sense.

In other words, do the opposite of everything this zoo visitor did. 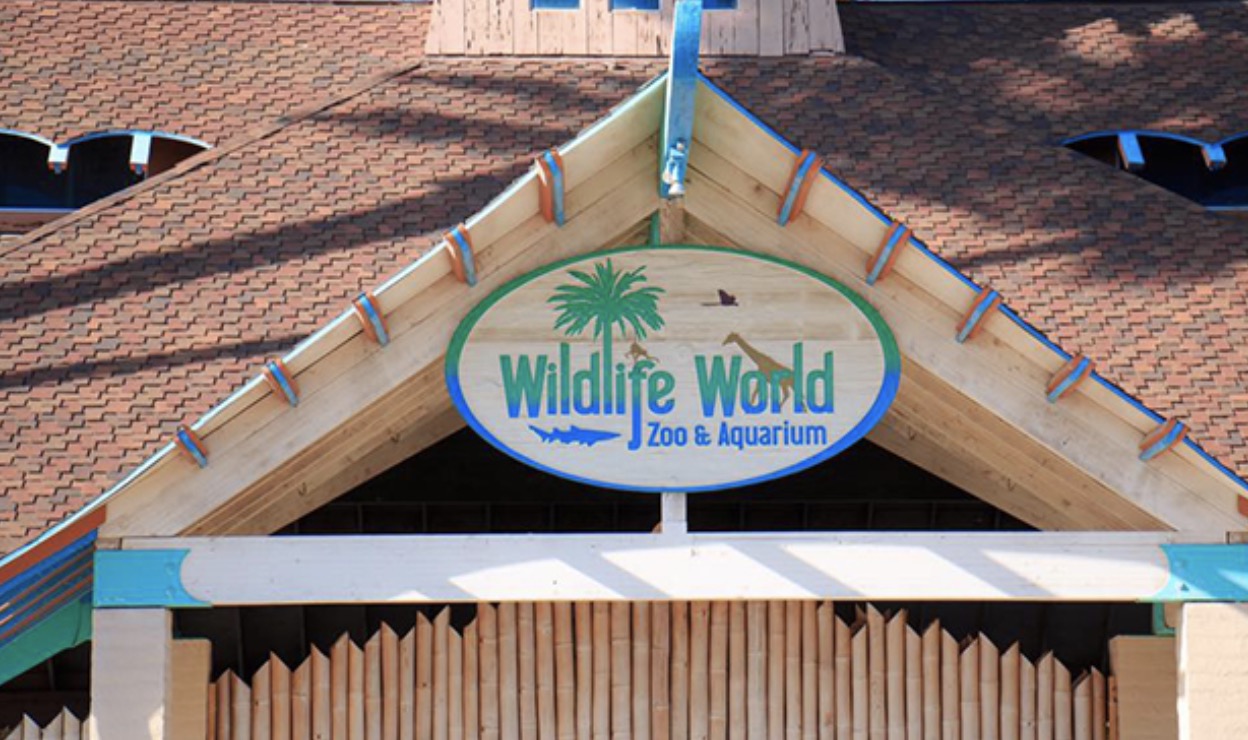 The woman, whose name is Leann, was visiting the Wildlife World Zoo, Aquarium, & Safari Park with her family in Lichfield, Arizona when she spotted a female black jaguar in a cage. Just for some context, a black jaguar, also called a “black panther,” is a rare variant of the jaguar species native to South America. Like a spotted jaguar, a black jaguar is a jungle predator that can weigh from 120-210 lbs as an adult.

“The black jaguars was up against the fence and we happened to be walking by and we said, ‘Hey let’s get some good pictures,'” Leanne told CBS News. And so she decided to take a selfie with it. 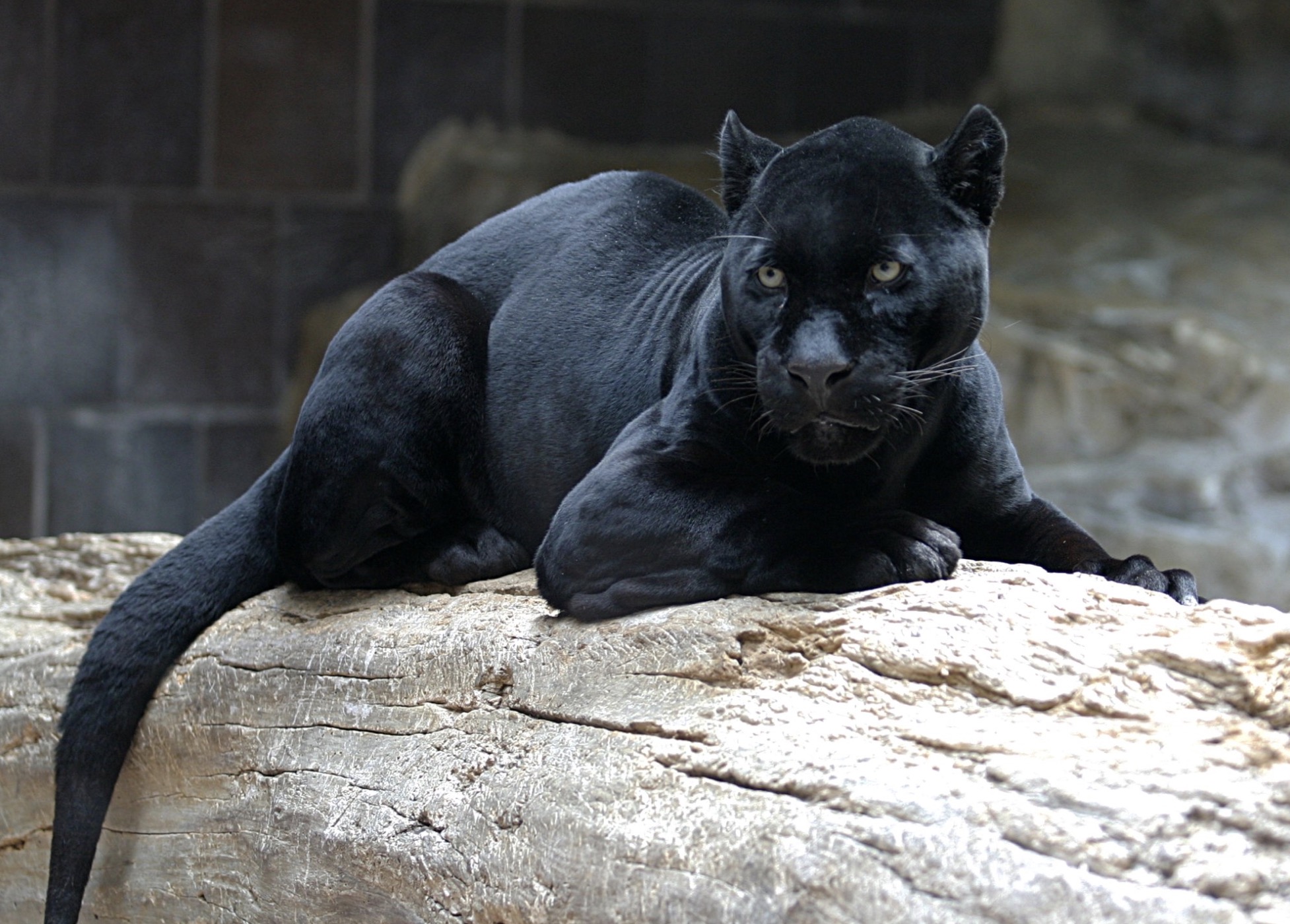 Ignoring the safety barrier, Leanne got right up to the black jaguar exhibit and took her selfie. Then, the jaguar reached through the cage and attacked her arm.

Another zoo visitor, Adam Wilkerson, and his mother, witnessed the attack.

“I hear this young girl screaming, ‘Help, help, help,’ and without thinking, I just run over there. I see another girl with her up against the cage of the jaguar and the jaguar has clasped its claws outside of the cage around her hand and into her flesh,” he told local news station Fox 10.

Wilkerson’s mother then distracted the jaguar so that Leanne could be pulled to safety.

“My mom runs up and takes her water bottle and shoves it through the cage near where the jaguar is, and the jaguar goes to let go of the girl to take the water bottle, and the claw just catches this girl’s sweater,” Wilkerson said. “So at that point I see that it’s no longer attached to the girl’s actual arm, only on her sweater, so I grab the girl on her torso and I pull her back.”

Wilkerson filmed the aftermath of the incident, which you can watch below. In the video, Leanne is seen writing in pain, holding her lacerated arm. Later that day, Leanne was later taken to the hospital and released for “stable, non-life threatening injuries.”

Of course, as is the case with any zoo-related story like this, the jaguar attack became the subject of a debate over who’s really at fault. While responding to the story on social media, the zoo promised that the jaguar wouldn’t be euthanized for the attack. As the zoo wrote on Twitter: “We can promise you nothing will happen to our jaguar. She’s a wild animal and there were proper barriers in place to keep our guests safe- not a wild animals fault when barriers are crossed. Still sending prayers to her and her family.” 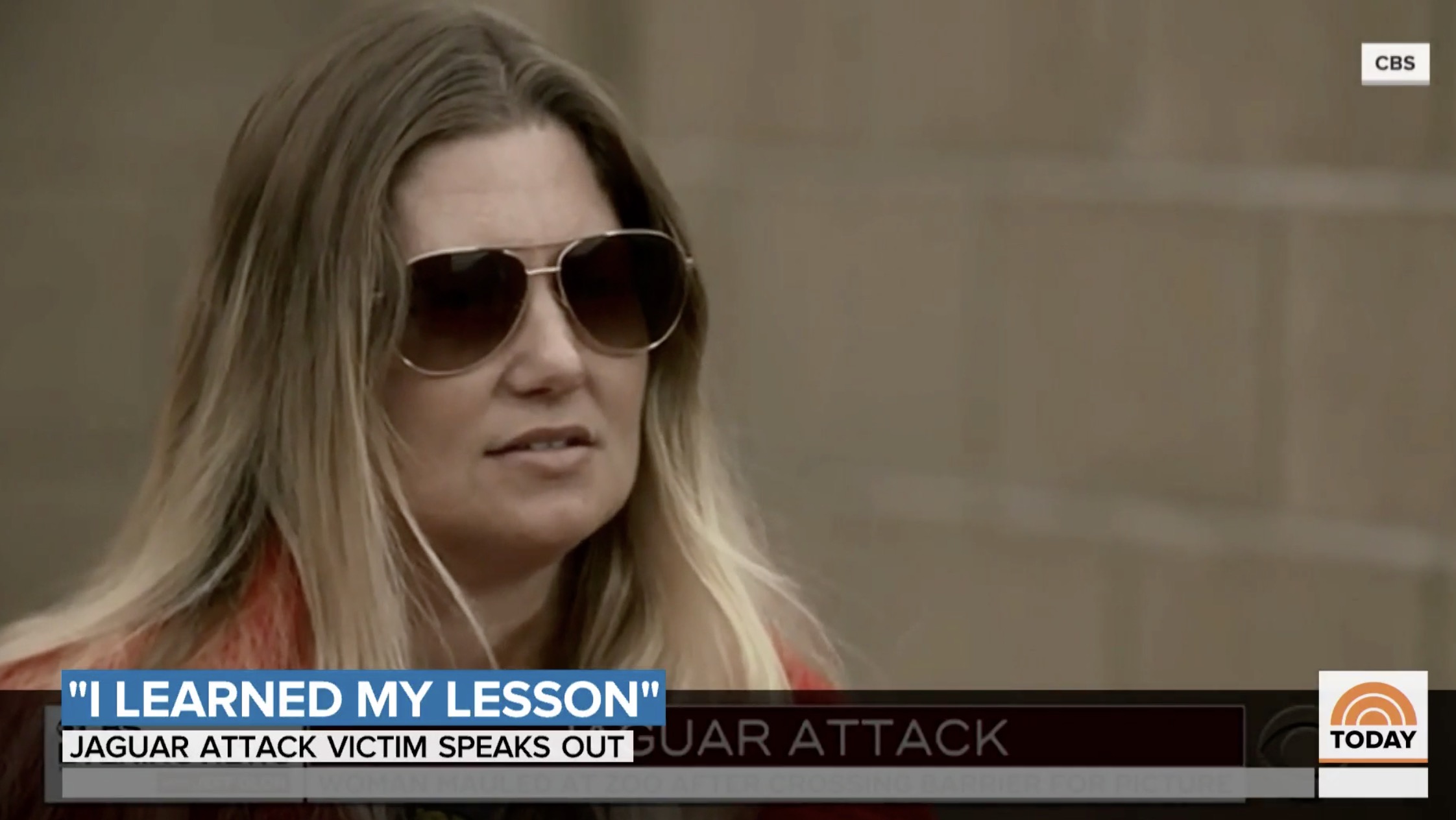 As for Leanne, according to the zoo she returned the following Sunday to apologize for the incident. She told zoo owner Mickey Ollson that she loves the zoo and regrets any bad publicity the zoo might receive over it.

Leanne appeared on The Today Show, where she reiterated her apology. “I never expected this. I feel like we’re all human, we make mistakes and I learned my lesson,” she said.

Still, in the same interview, Leanne suggested that the zoo might want to improve its security barriers: “Anybody can reach out. I’m not the first, and if they don’t move the fence, I’m probably not going to be the last.” 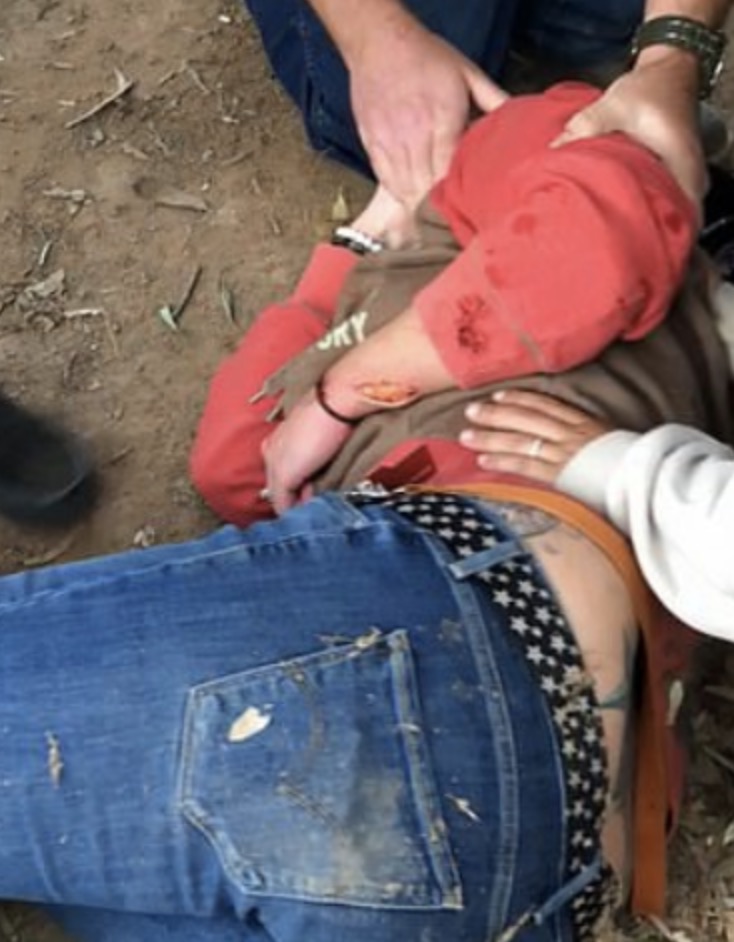 But the zoo wasn’t having it. “There’s no way to fix people crossing barriers,” said Ollson. “That happens occasionally. We put substantial barriers there, and if people cross them, they can get in trouble.”

In fact, this is the second time the black jaguar in question attacked a visitor who ignored the safety barrier and got too close. Last year, Jeff Allan received eight stitches after reaching over the barrier to film the jaguar. 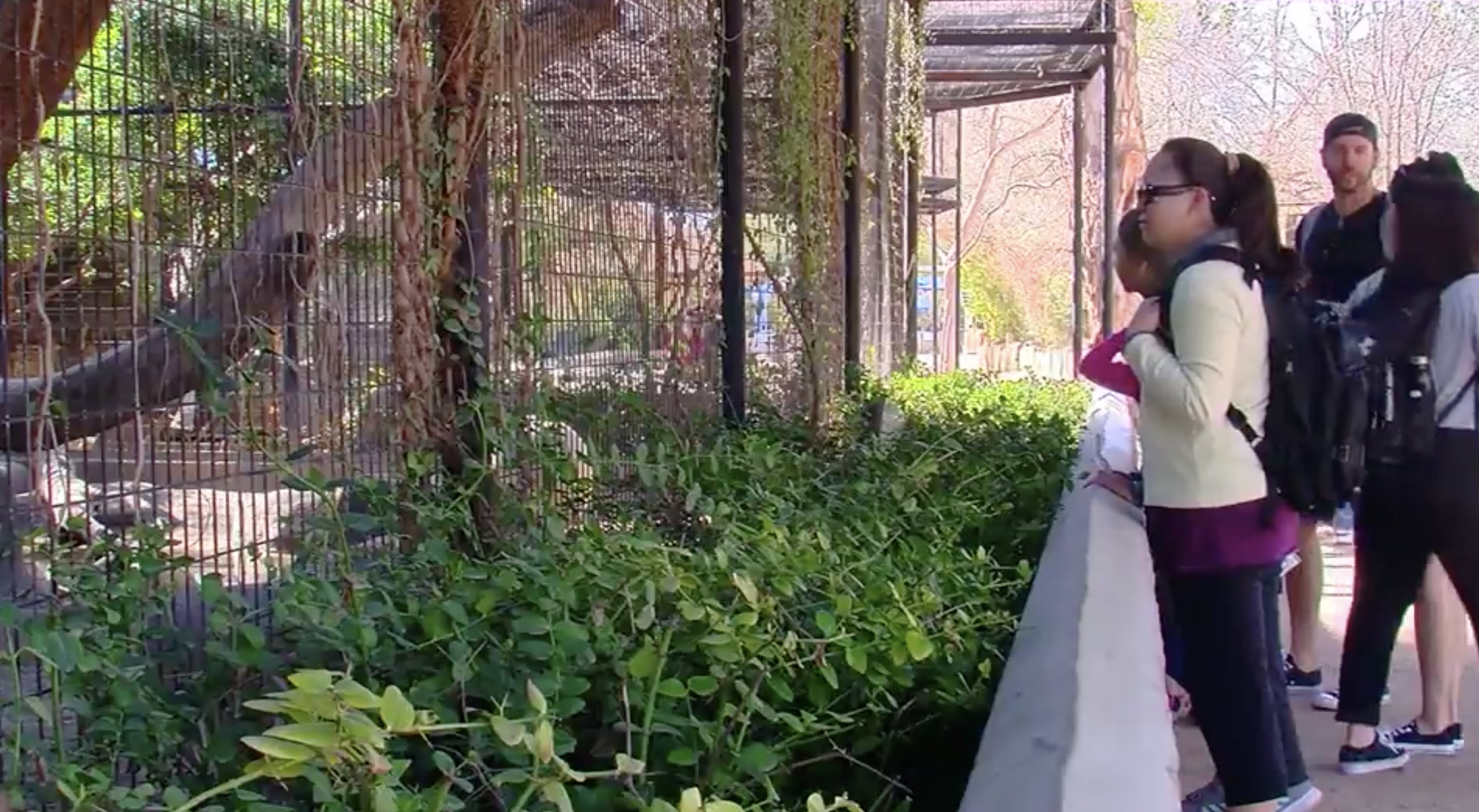 It’s likely impossible for zoos to stop people from getting too close to a zoo animal to take a selfie with it. It seems the only way to make these attacks stop is if we all agree to ignore animal selfies on social media. So don’t click “like”…you just might save a life.

This request also applies to social media posts about brunch, Coachella, getting engaged, your recent surgery, your opinions on the Oscars, and anything that doesn’t involve dogs.