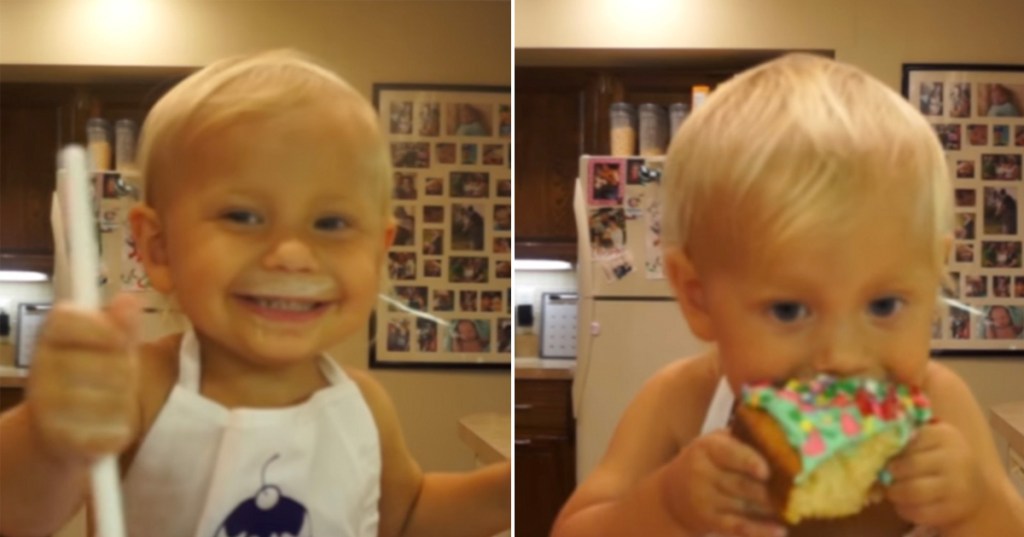 This Two-Year-Old Is The Next Great Celebrity Chef

If you enjoy watching people cook on TV, there’s never been a better time to be alive. From the pioneers like Julia Child and Wolfgang Puck, to more recent stars like Nigella Lawson and Eddie Huang, our culture is flooded with celebrity chefs.

With so many celebrity chefs working today, how does a newcomer stand out? By being two years old. Meet Roman. 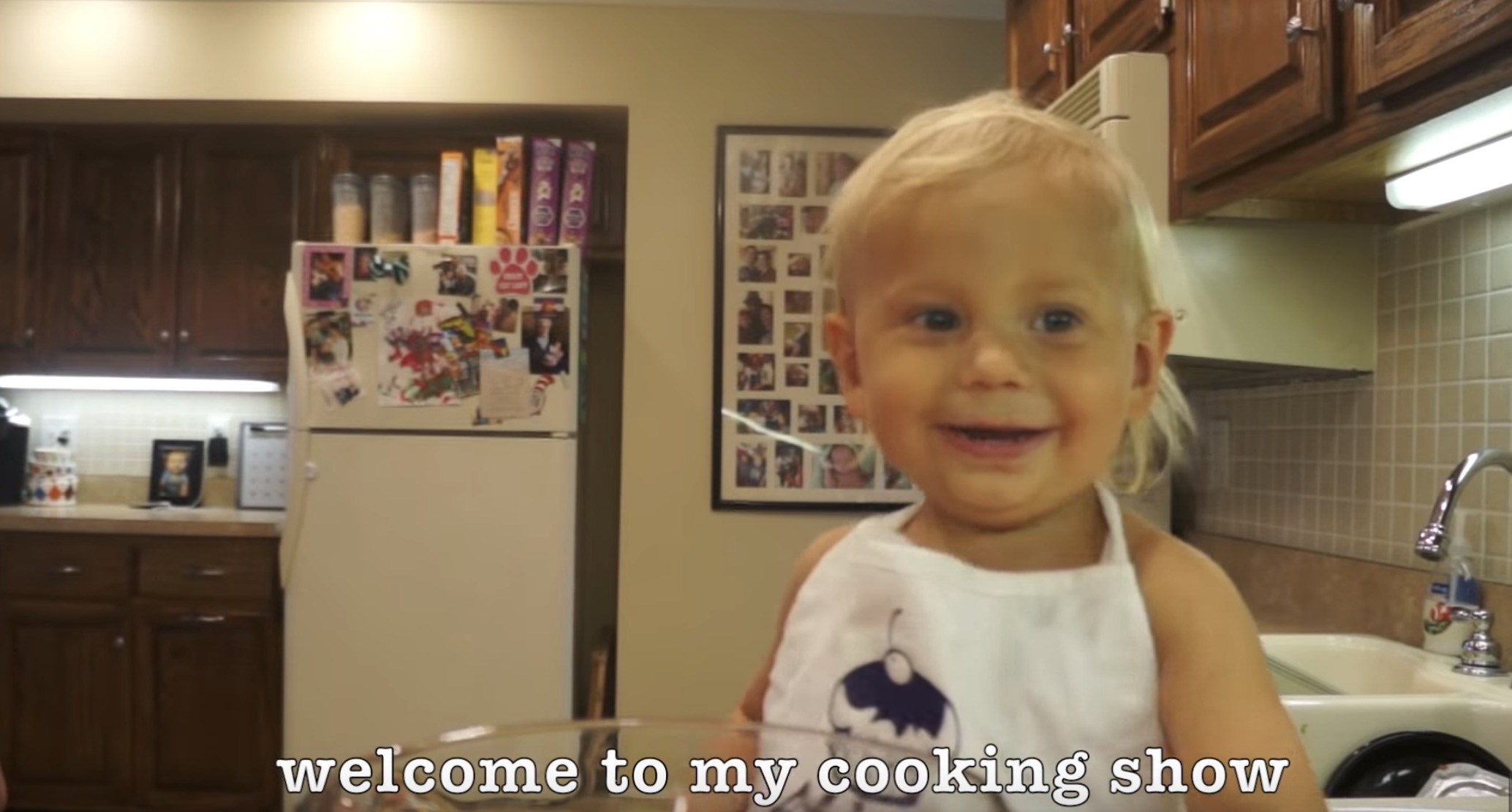 He’s the star of a new viral video in which he demonstrates how to bake and decorate a sponge cake. (With plenty of off-camera help from Mom, but hey, he’s two. He just learned how to pick things up.)

Right off the bat, Roman has the charming personality part of the equation down pat. Every time he asks for an ingredient from his Mom, he pre-empts it with a please. Politeness still has a place in the kitchen. (ARE YOU LISTENING, GORDON RAMSEY?!)

First up, the sugar and butter. Roman pours them in and mixes them up without a hitch. 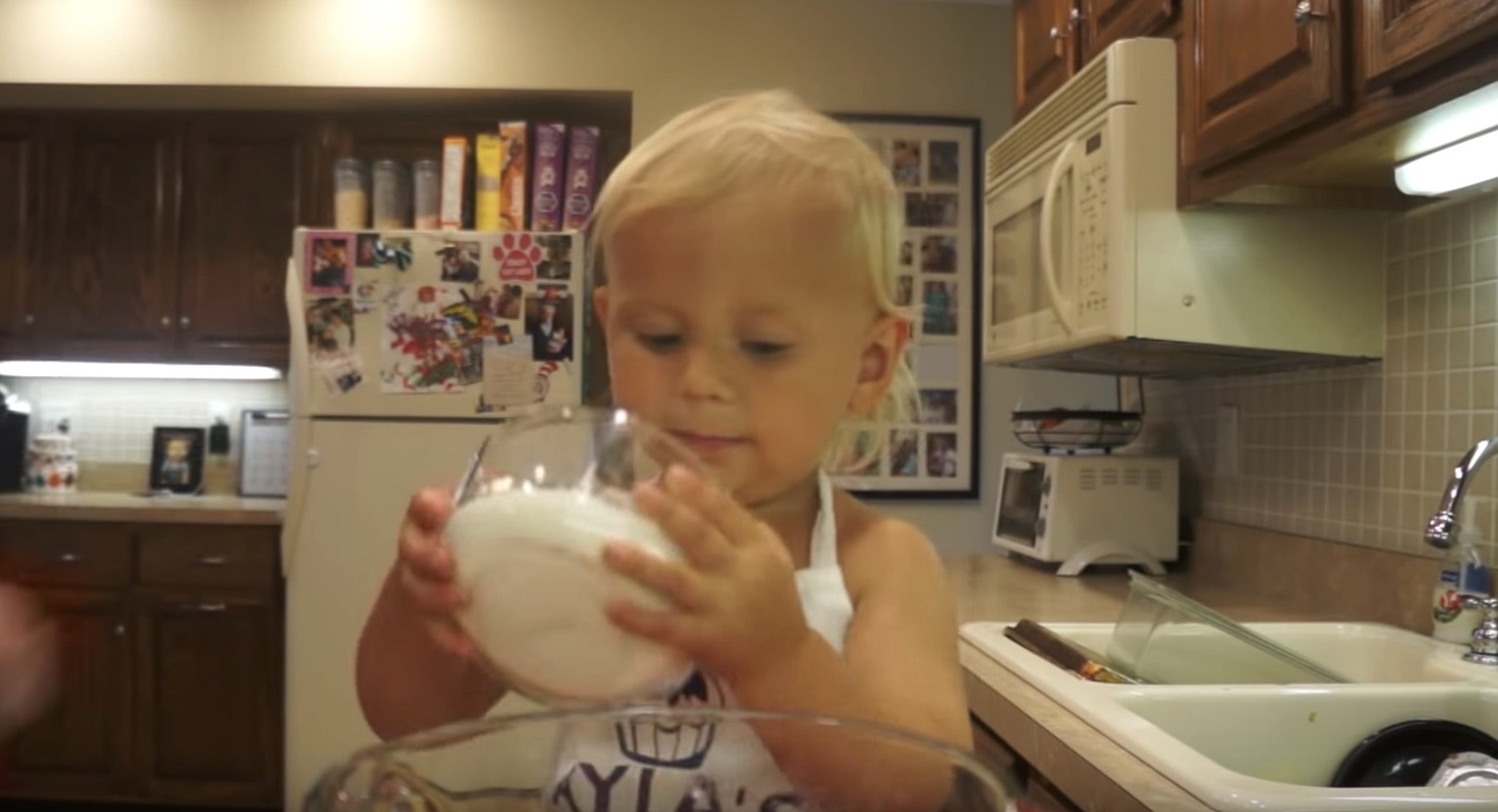 But eggs are a whole different ballgame. Right away, Roman recognizes that he needs help. Mom to the rescue. 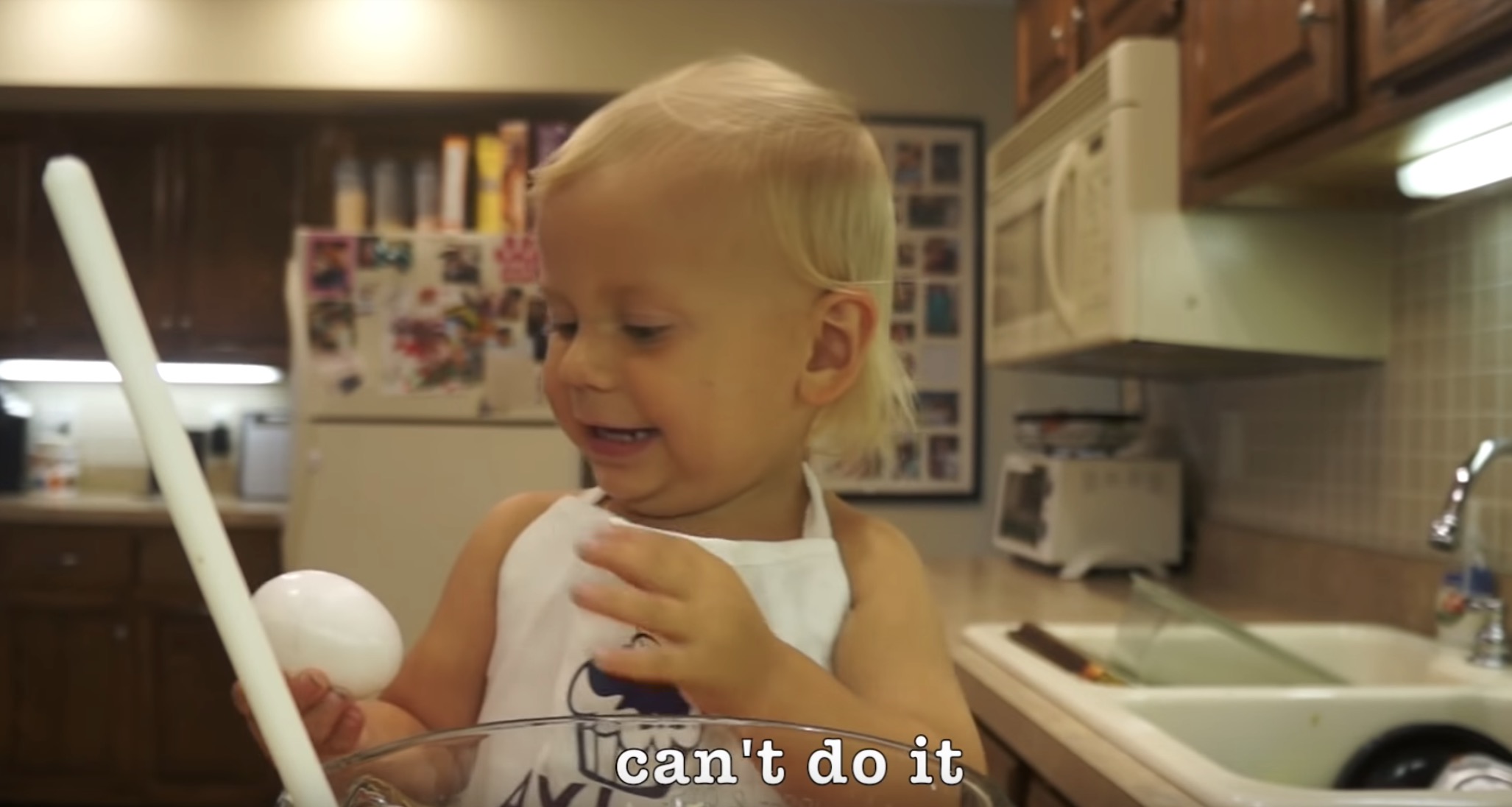 Every chef needs a flour mustache. 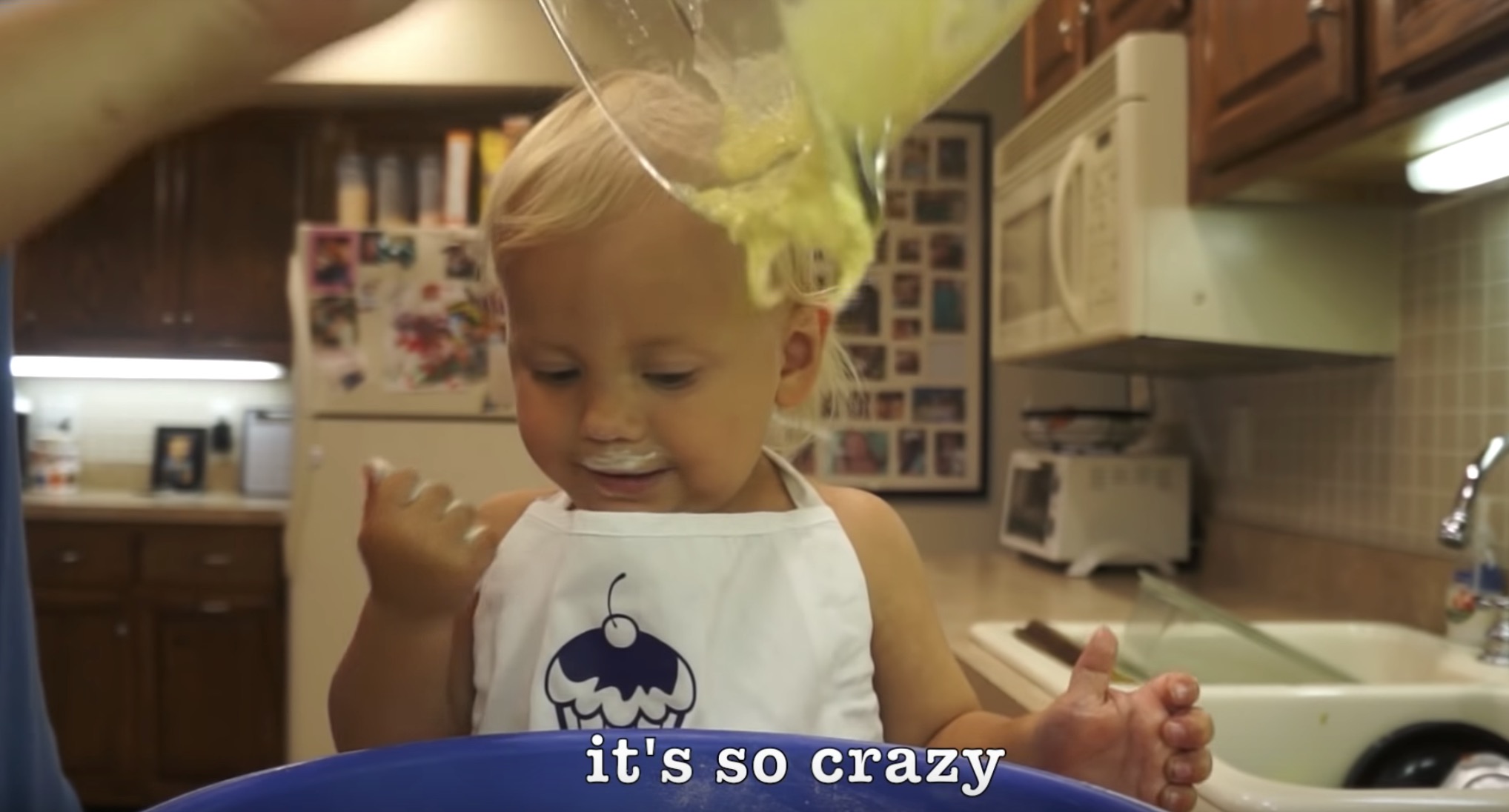 With the batter done, Roman sneaks a taste. (Yes, there are raw eggs in it. No, you shouldn’t eat them. Yes, Roman is fine.) 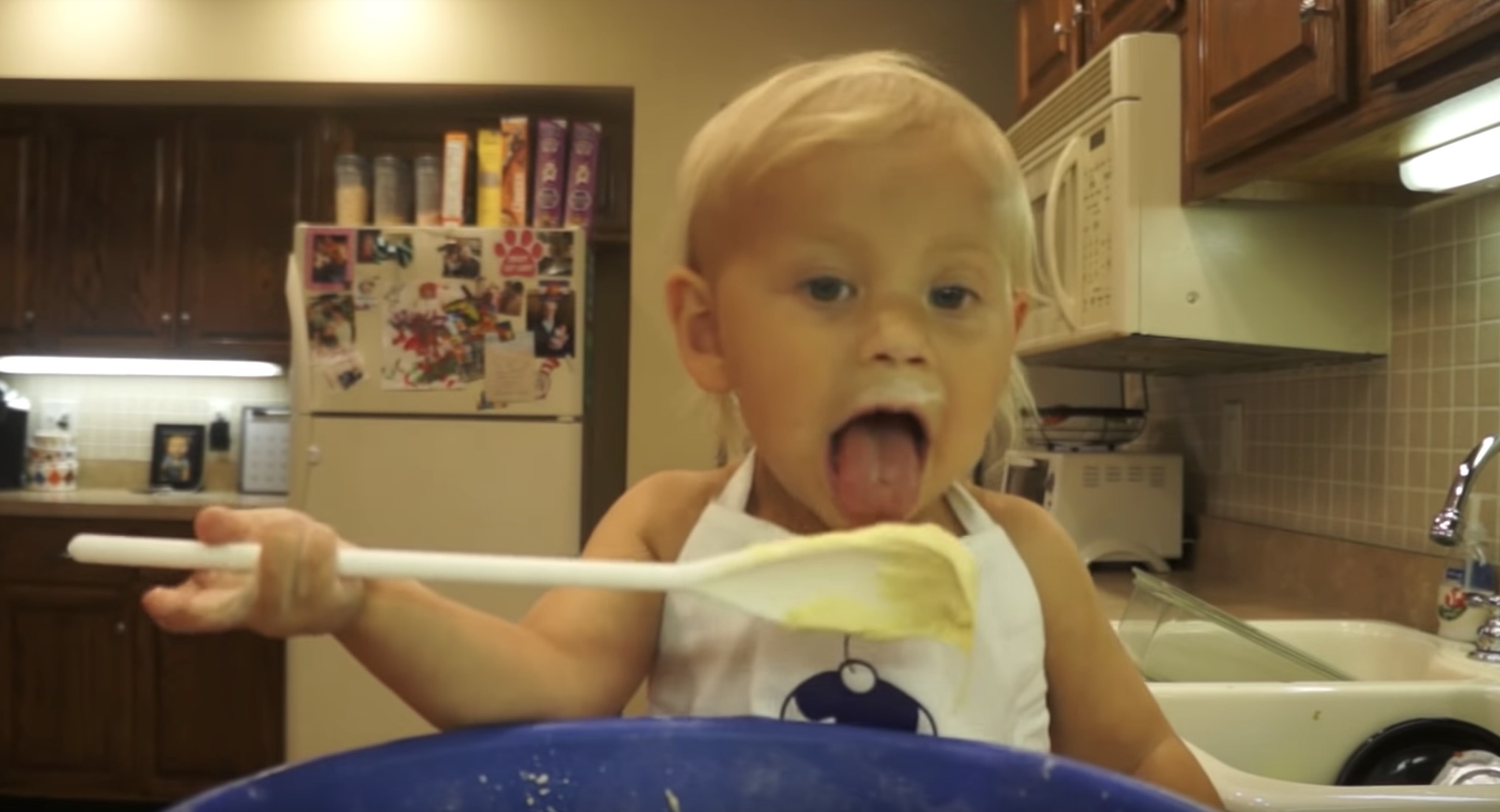 The cake goes in the oven at 350 degrees, 20 minutes. When it comes out, it’s time to decorate. Here, Roman demonstrates his technique called, “Smack the icing onto the cake as hard as you possibly can.” Unconventional!

With the cake iced, next come the sprinkles You’re going to need at least two entire jars.

Look, sometimes it’s just too much to wait for Mom to cut the cake and plate it, OK?

Of course, a slice is welcome too. 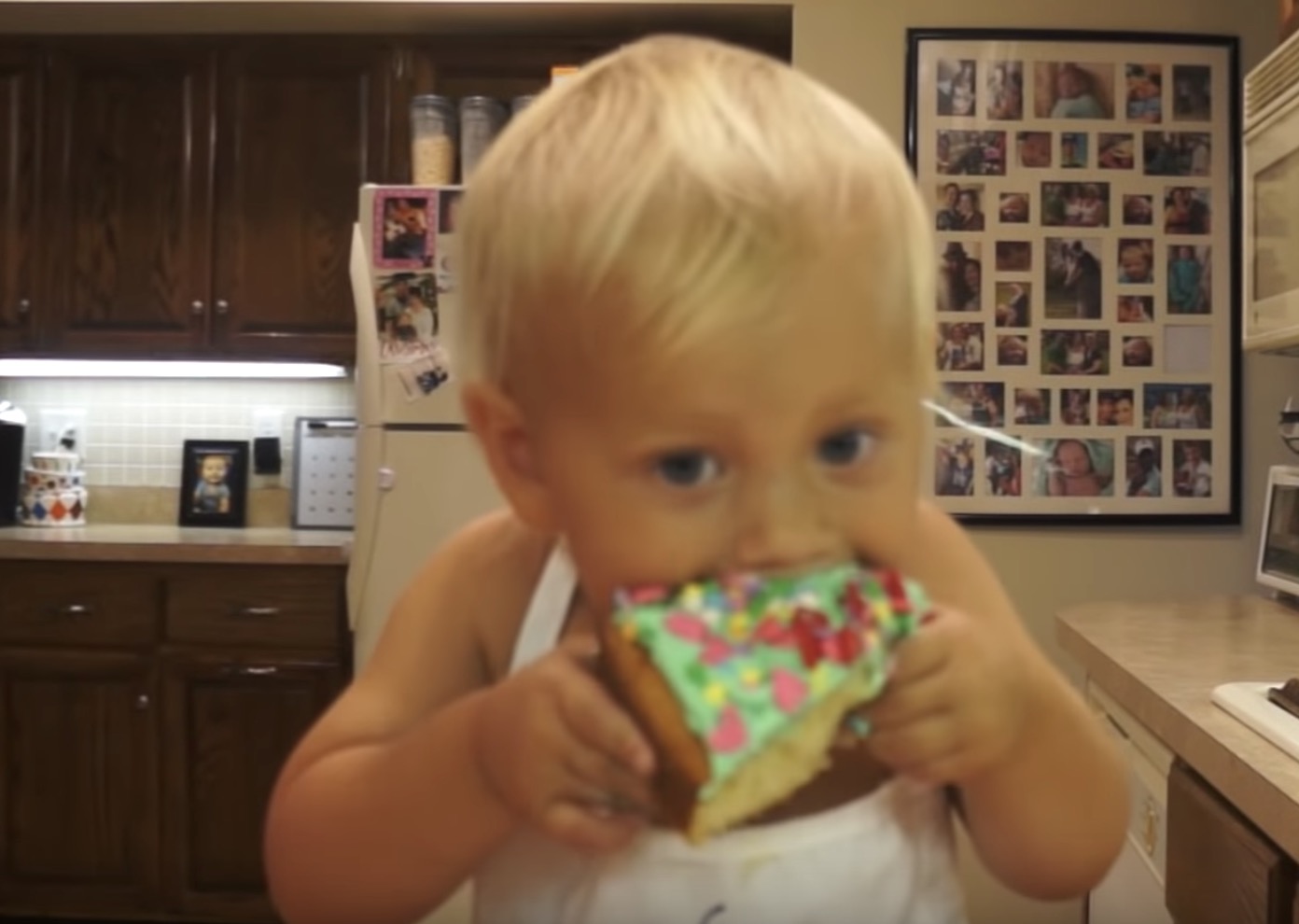 And that’s how you make a sponge cake. You’re definitely going to wanna check out the whole video, and we got it right here:

Since the video has gone viral, Roman’s personality and baking prowess have charmed lots of people.

Some folks were reminded of their own kitchen adventures with Mom.

One person even found the video to have healing properties!

We’re excited to see what’s next for Roman. Maybe he’ll show us how to make something more complex, like a souffle or a frittata. Maybe he’ll learn how to film these videos without having to stop the camera every three seconds. Who knows? Keep on cooking, little dude. 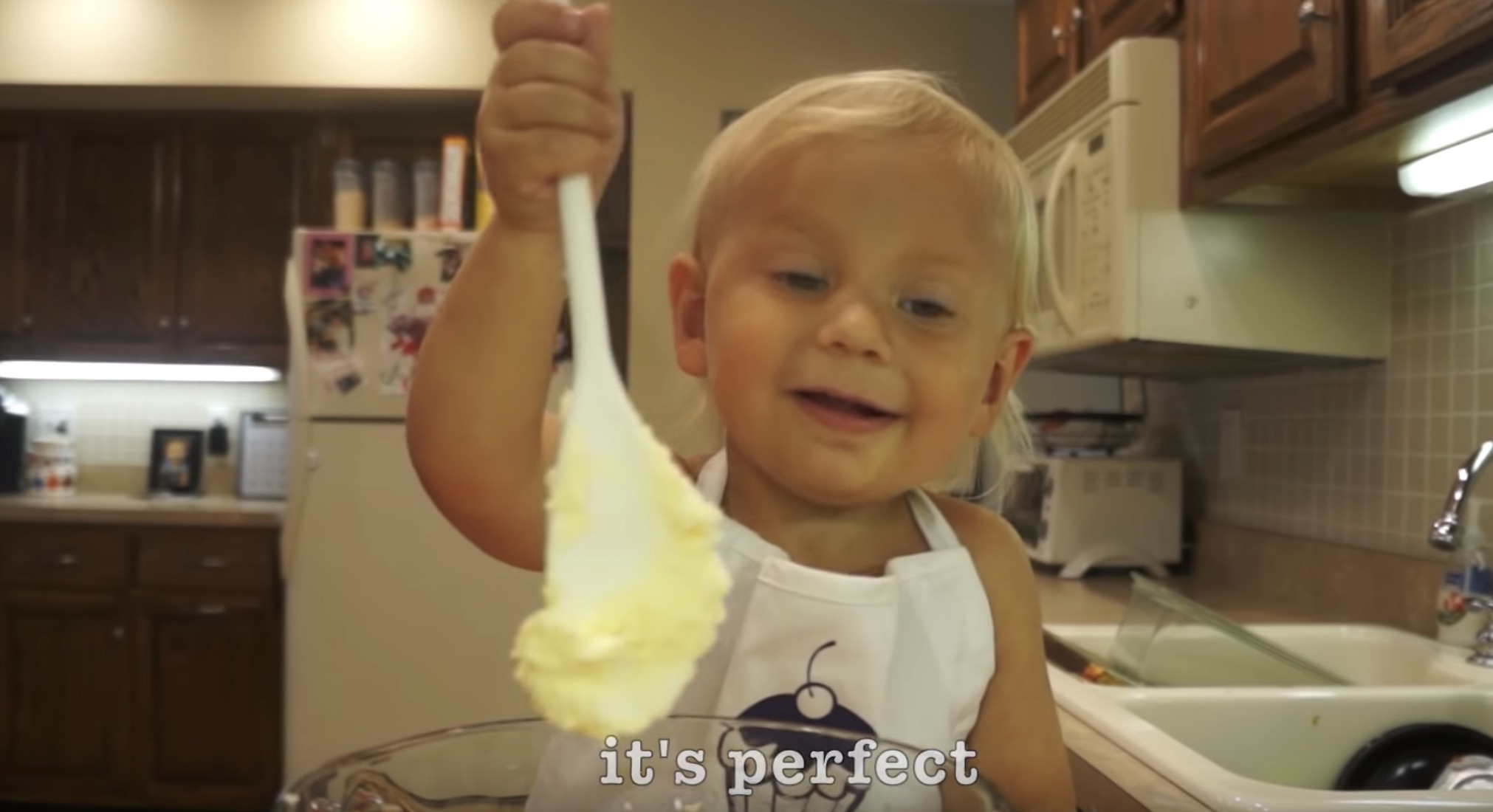