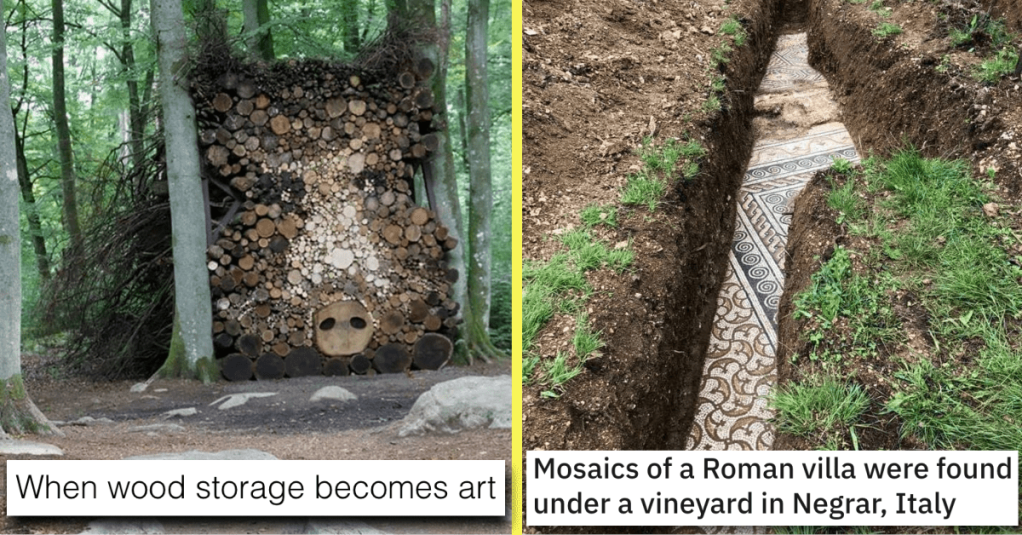 This Online Group Shares Very Interesting Photos. Here Are 12 to Check Out.

Have you been a little bit bored lately?

Or maybe you’ve felt like you’re in a bit of a rut because of all the craziness going on in the world right now?

Well, you’re not alone, partner, because we’ve been feeling that way, too. But no more, we say!

The boredom is gonna end right now because you’re about to see some really interesting photos that we’re certain you’ve never been acquainted with before. Let’s take a look!

I’d love to see a play in a place like this.

This ad hoc theater made from hay bales. from interestingasfuck

2. Imagine digging this up in your backyard.

Honey…come take a look at this.

Mosaics of a Roman villa were found under a vineyard in Negrar, Italy from interestingasfuck

When the maldivian president held the world’s first underwater cabinet meeting to sign a climate change SOS. from interestingasfuck

4. Coming in handy these days.

But hopefully not for too much longer.

These so-called wine windows were used by vintners in Italy to sell wine during plague pandemics in the 17th century. Now they are coming back to use due to coronavirus from interestingasfuck

I’ve never seen one of these before.

My kind of Christmas tree. from interestingasfuck

Run for it! They’re coming for us!

An albino peacock flying over a regular one, and it looks indeed his spirit or an out of body experience from interestingasfuck

8. This guy is very talented.

Get a load of this thing! It’s crazy!

A loggerhead turtle got into a boating accident, resulting in the loss of a majority of its lower beak. Scientists gave it a new 3D printed titanium beak. It looks so badass. He is now a cyborg turtle. from interestingasfuck

No thanks to that kind of weather!

The blizzard of North Dakota 1966 from interestingasfuck

Looks real to me.

This bull model made of sand. from interestingasfuck

Have you seen any really interesting stuff online lately? Yeah you have!

If so, please share all the good stuff with us in the comments!

We’d love to hear from you. Thanks, fam!