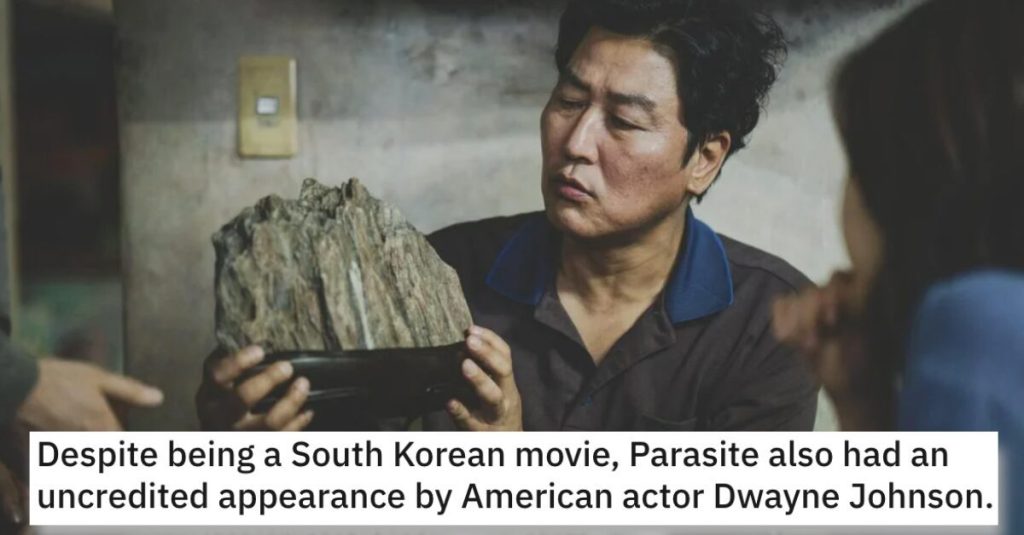 You think you know a lot about movies?

Well, let me tell you, something friend…you’re about to get educated today!

No, not educated with actual FACTS, but with totally fake facts that a bunch of weirdos made up for some reason.

Enjoy these fake movie facts…you might even like them so much that you wish some of them were real.

I bet you didn’t know that, did you?

During the filming of Jurassic Park (1993), T-Rex was known to sweat profusely as it was his first major role in 55 million years. from shittymoviedetails

That is his actual birth name. You learn something new every day.

3. I thought that was MY parents fighting on there.

Well, maybe it’s both of ours…or all of ours.

In Watchmen (2009), the patterns on Rorschach’s mask constantly shift around and show various images of my parents fighting from shittymoviedetails

4. Ouch. This one hurts a little bit.

He probably should have stayed home that night.

"Lincoln" grossed over $275,000,000 in movie theaters, which is ironic since historically Lincoln doesn’t do too well in theaters. from shittymoviedetails

5. You knew this was coming.

And yes, his real name is Tom.

In The Order of the Phoenix, Dumbledore calls Voldemort by his birth name, Tom. This foreshadows the fact that J.K. Rowling does not respect people’s chosen identities. from shittymoviedetails

6. I need to hit this location.

To see where it all went down, you know?

This scene in Toy Story (1995) was filmed in this portion of the sky over 25 years ago. from shittymoviedetails

7. Good thing he didn’t use the real teeth.

They thought about it, though…

8. Did you know about this?

In Wonder Woman (2017), Diana is able to get to London from her remote island in only a day because she is an Amazon, and therefore qualifies for next day shipping from shittymoviedetails

9. He played a couple of different roles.

I had no idea!

Christopher Nolan liked Heath Ledger as an actor so much, he asked him to play the nurse who blew up the hospital as well. If you look closely, you can see Ledger still wearing his Joker makeup from previous scenes. from shittymoviedetails

10. He was wearing a big of makeup, but that’s definitely him.

And this movie won an Oscar!

Despite being a South Korean movie, Parasite also had an uncredited appearance by American actor Dwayne Johnson. from shittymoviedetails

I knew he was lying.

In ‘A Few Good Men’ (1992), Jack Nicholson yells in court that he ordered the Code Red. This is perjury, as no restaurant would have had that beverage at the time. Mountain Dew did not release the flavor until 2001. from shittymoviedetails

Had to be very careful.

Actors in black and white movies were often putting their own lives in danger during driving scenes, as they weren’t able to tell if the traffic light was red or green. from shittymoviedetails

Go onto this Reddit page and tell us about some of your other favorite fake movie details.