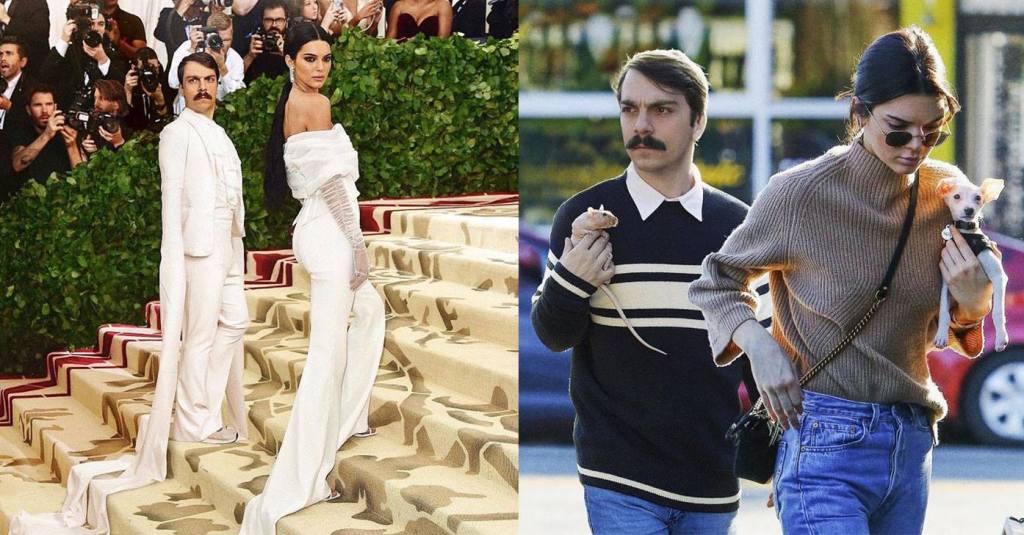 This Guy Keeps Photoshopping Himself Into Kendall Jenner’s Instagram Photos

Whether you love the Kardashians or hate ’em, America’s first family is unavoidable. After dominating the tabloids, the Calabasas clan has conquered the worlds of television, cosmetics, merchandise, apps, and more. They’re so wealthy that we don’t even know how much they’re worth collectively. We do know that each of them is worth hundreds of millions of dollars. Twenty-one-year-old Kylie Jenner is on the way to becoming the world’s youngest self-made billionaire ever. (Even if “self-made” is debatable.)

With so much Kardashian in our lives, it’s only natural that peasants like us would want to poke fun at them a little bit. And that’s the inspiration behind @kirbyjenner, a parody Instagram account where a fake Kardashian sibling Photoshops himself into photos of Kendall Jenner.

We don’t know Kirby’s real name, because he’s never out of character, not even in interviews. Kirby claims to be Kendall’s fraternal twin brother, and he claims his obviously doctored photos are a glimpse of his close relationship with his sister. “As my older twin sister, Kendall and I share an unbreakable bond,” Kirby told Bored Panda. “Mom says we’re kinda like Siegfried & Roy but with fewer tiger attacks and even more magic tricks.”

Obviously this is all in good fun, and clearly Kirby is onto something, having racked up over a million followers since 2015. Below are 15 of the funniest photos of Kendall and Kirby, along with his highly necessary captions. He’s quickly becoming our favorite member of the Kardashian family. 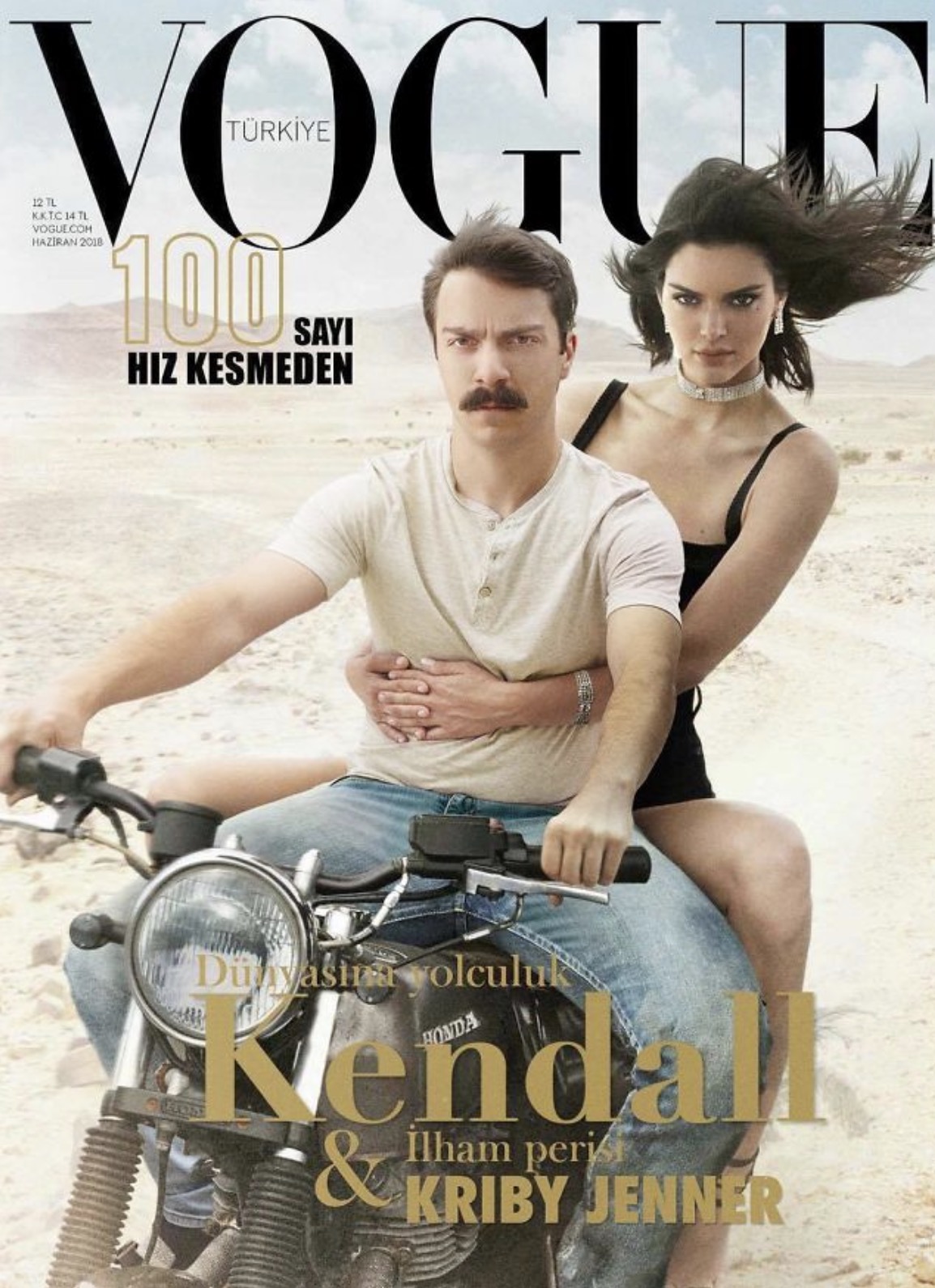 “Hey does anyone have a WebMD login I could use? I basically swallowed a bucket of sand and am worried it’s gonna form a rock in my stomach. Not the first time this has happened and I honestly just wanna be prepared haha.” 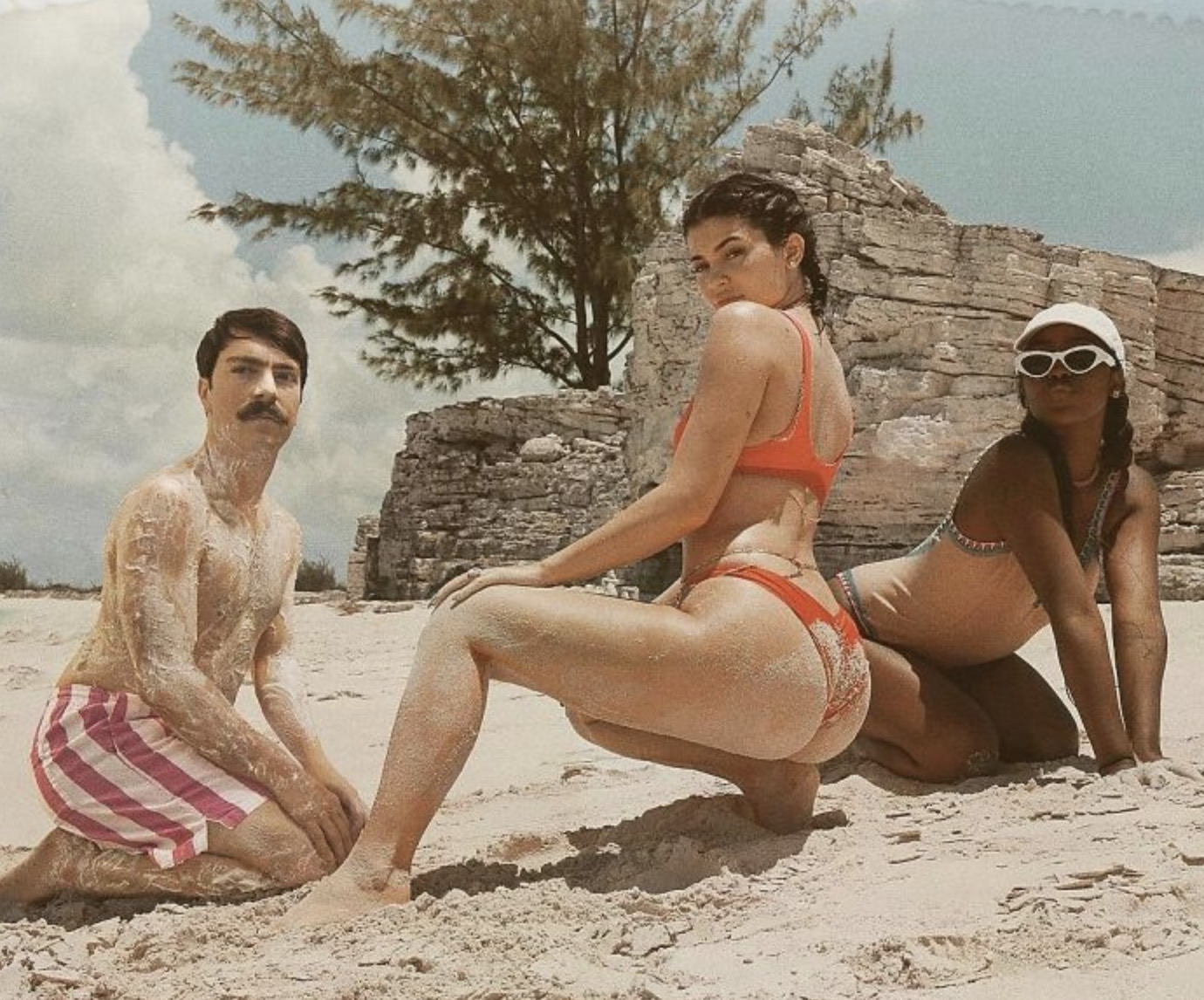 “Kylie lost her car keys in the sand so the squad teamed up and searched for like 4 hours haha. Turns out they were actually in the car and the car was running in the parking lot the whole time but it was still def really dope to hang out with the people I love most. Also special shout out to St Bart’s Hospital for treating me for sunscreen poisoning! Love u guys!” 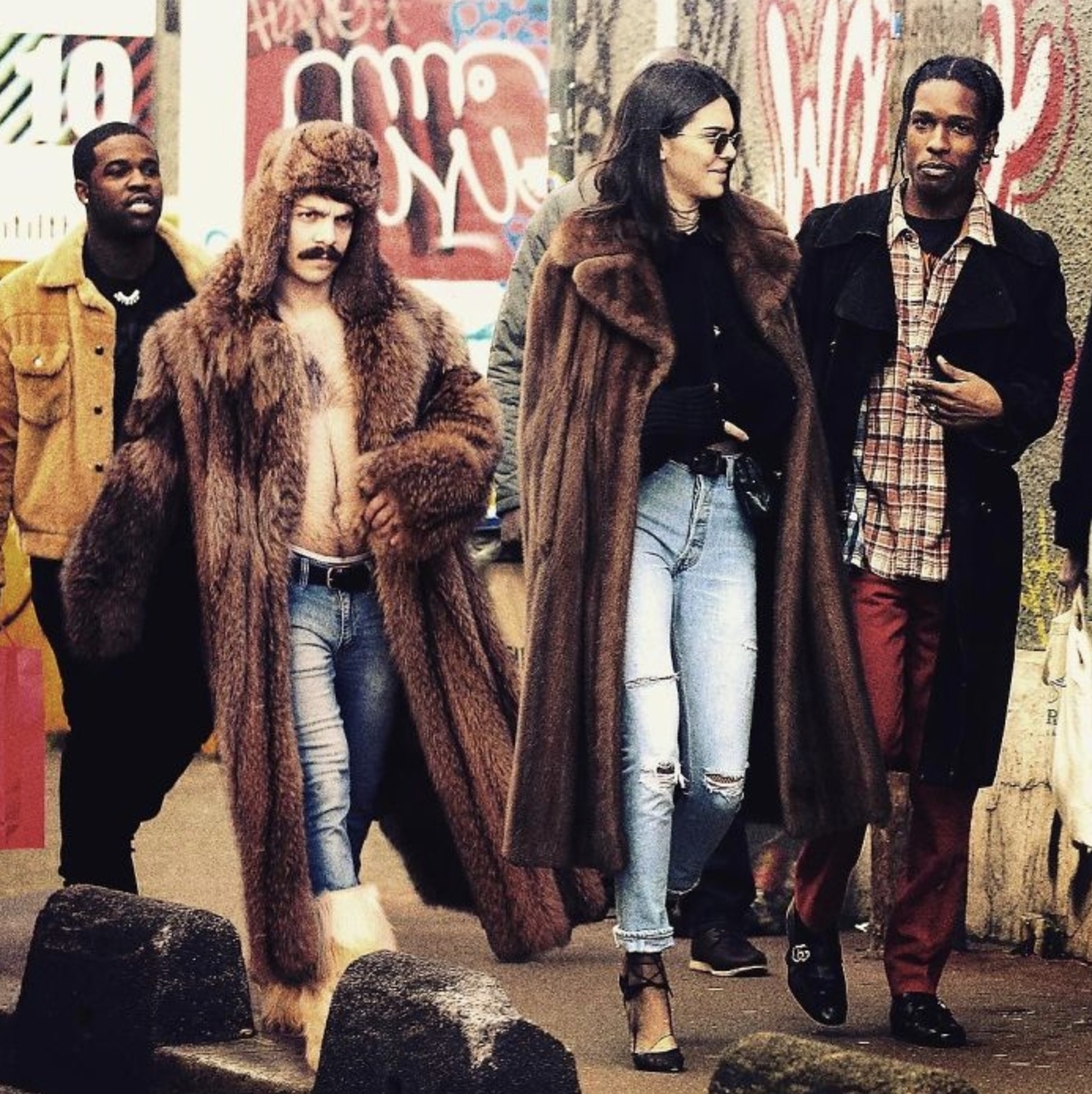 “Found this coat sitting next to a dumpster behind an @Arbys and yelled ‘DIBS’ so loud that I lost my voice for like 3 whole days haha!! Sometimes fashion is just MEANT to happen… Plus now me and Kendall look like chill AF bears LOL!!!”

4. Keeping Up With The Addams Family 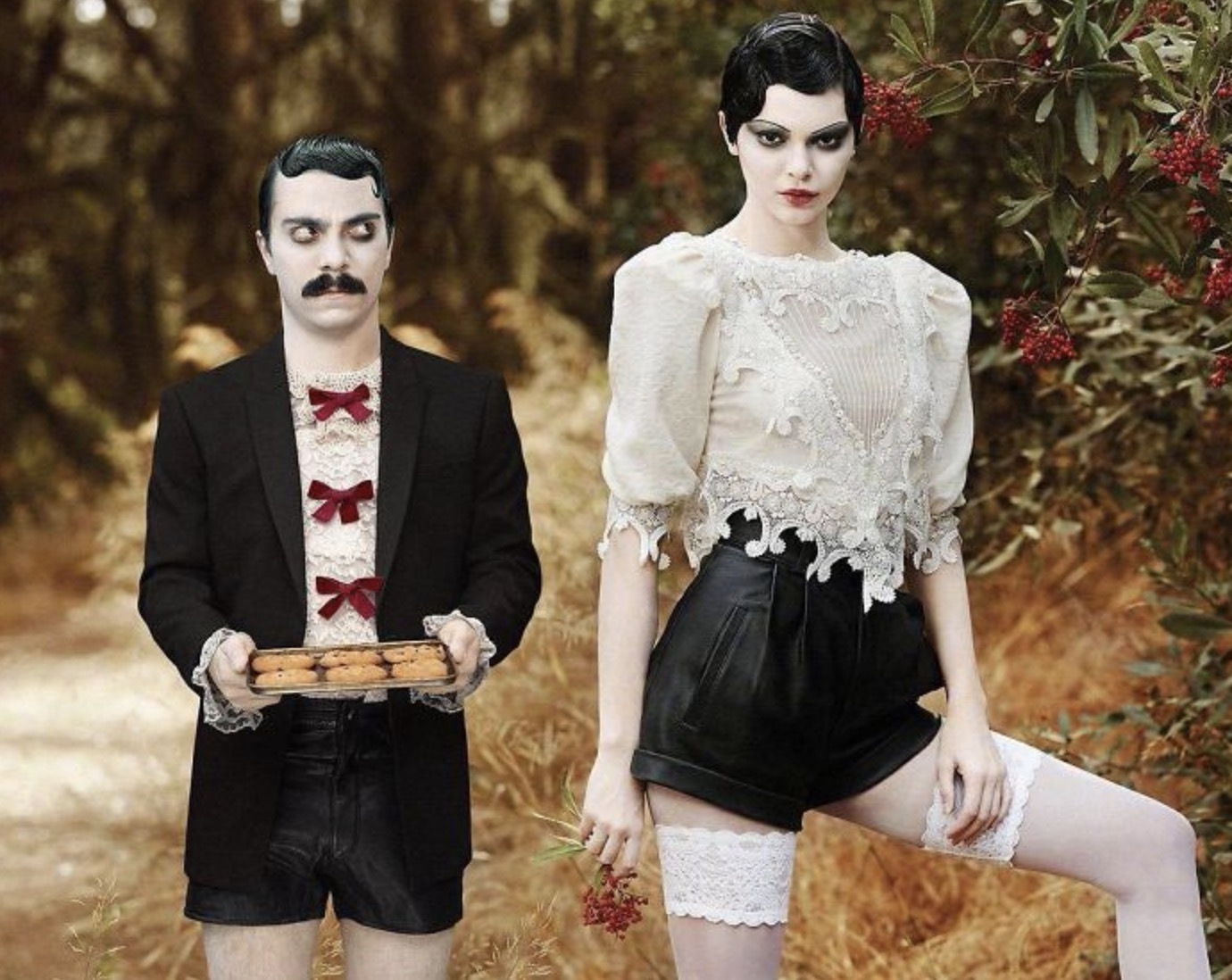 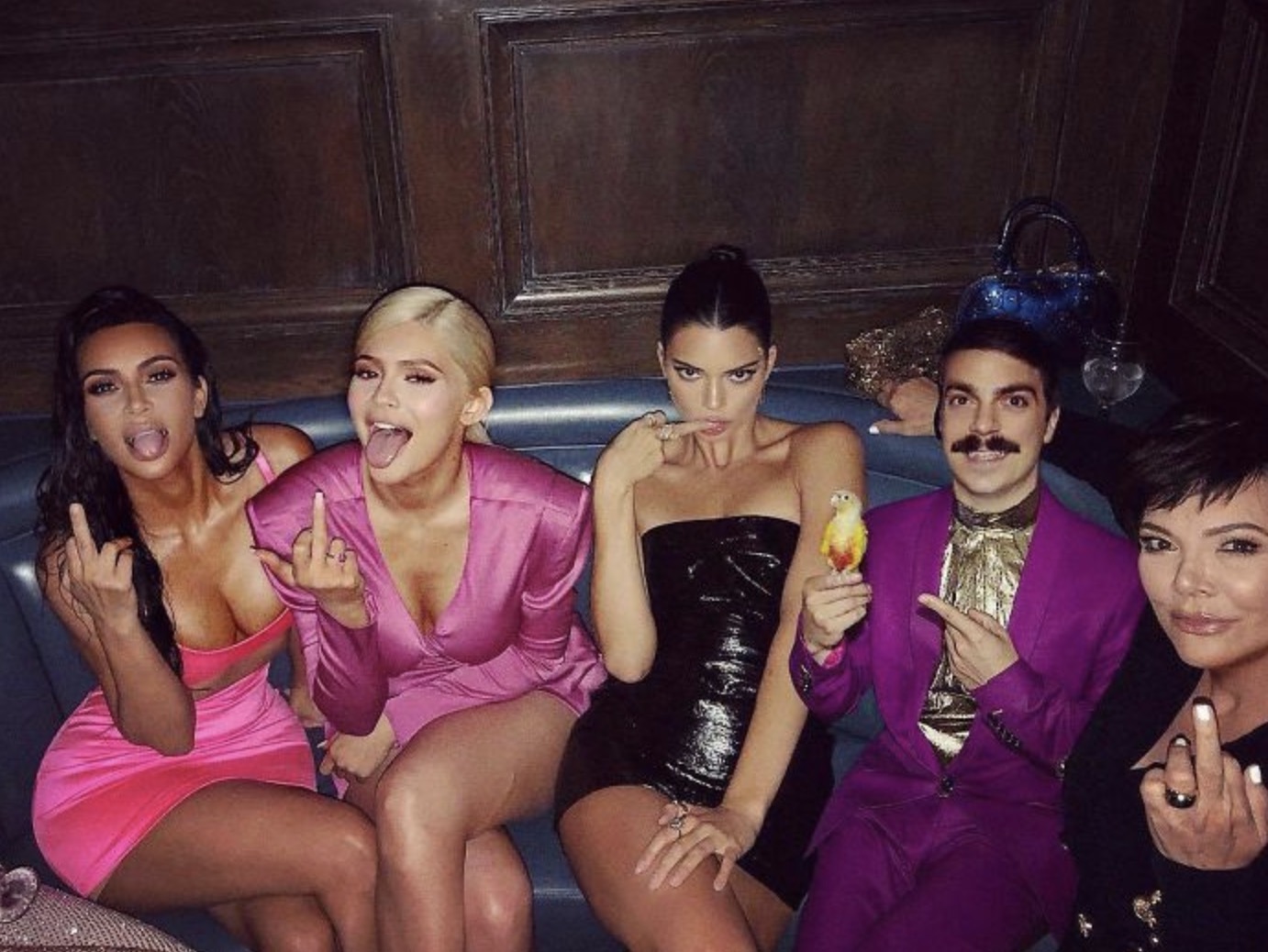 “Too $hort gave me this bird and it won’t stop saying the F word hahaha no but seriously does anyone know a bird trainer?” 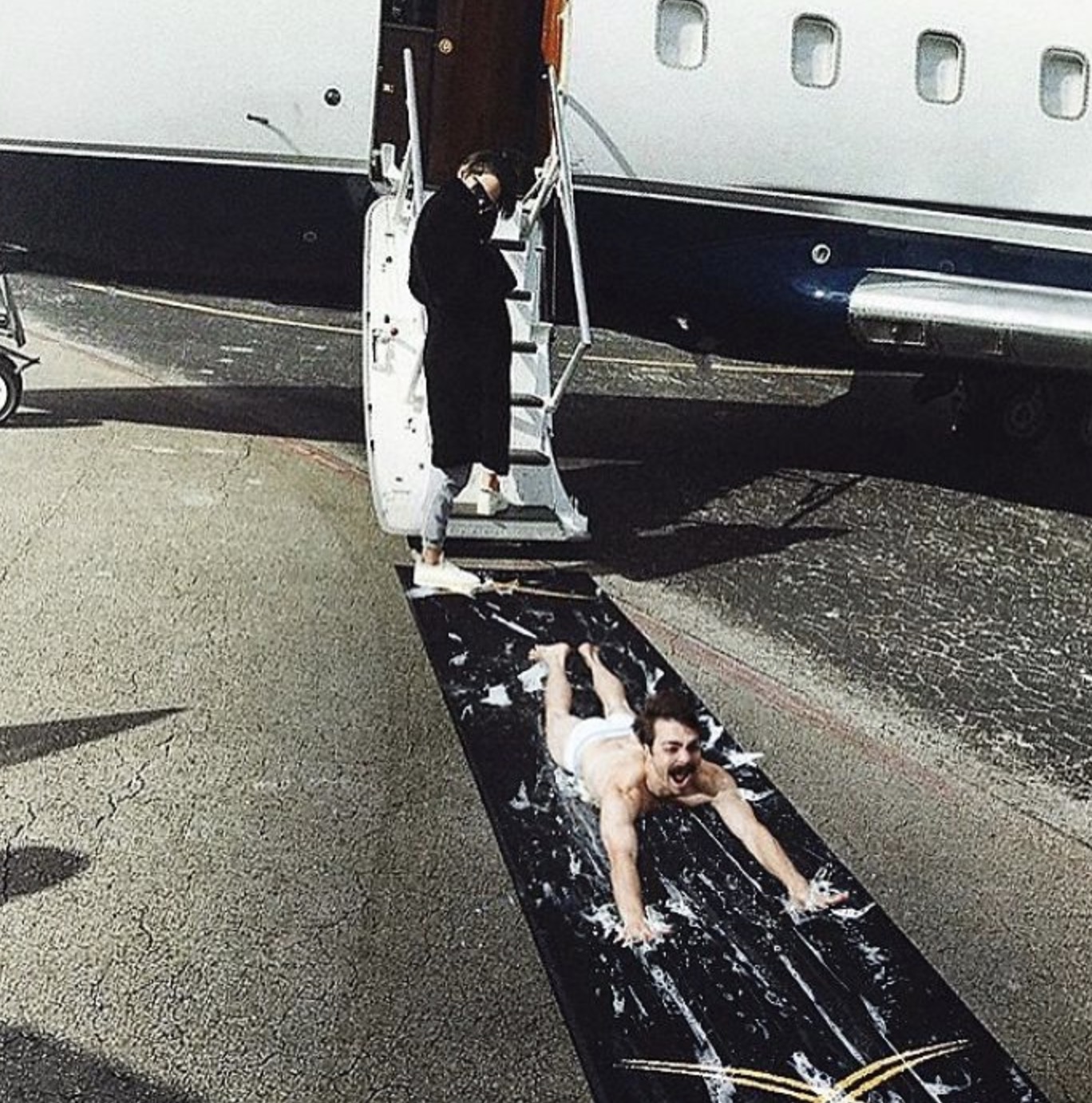 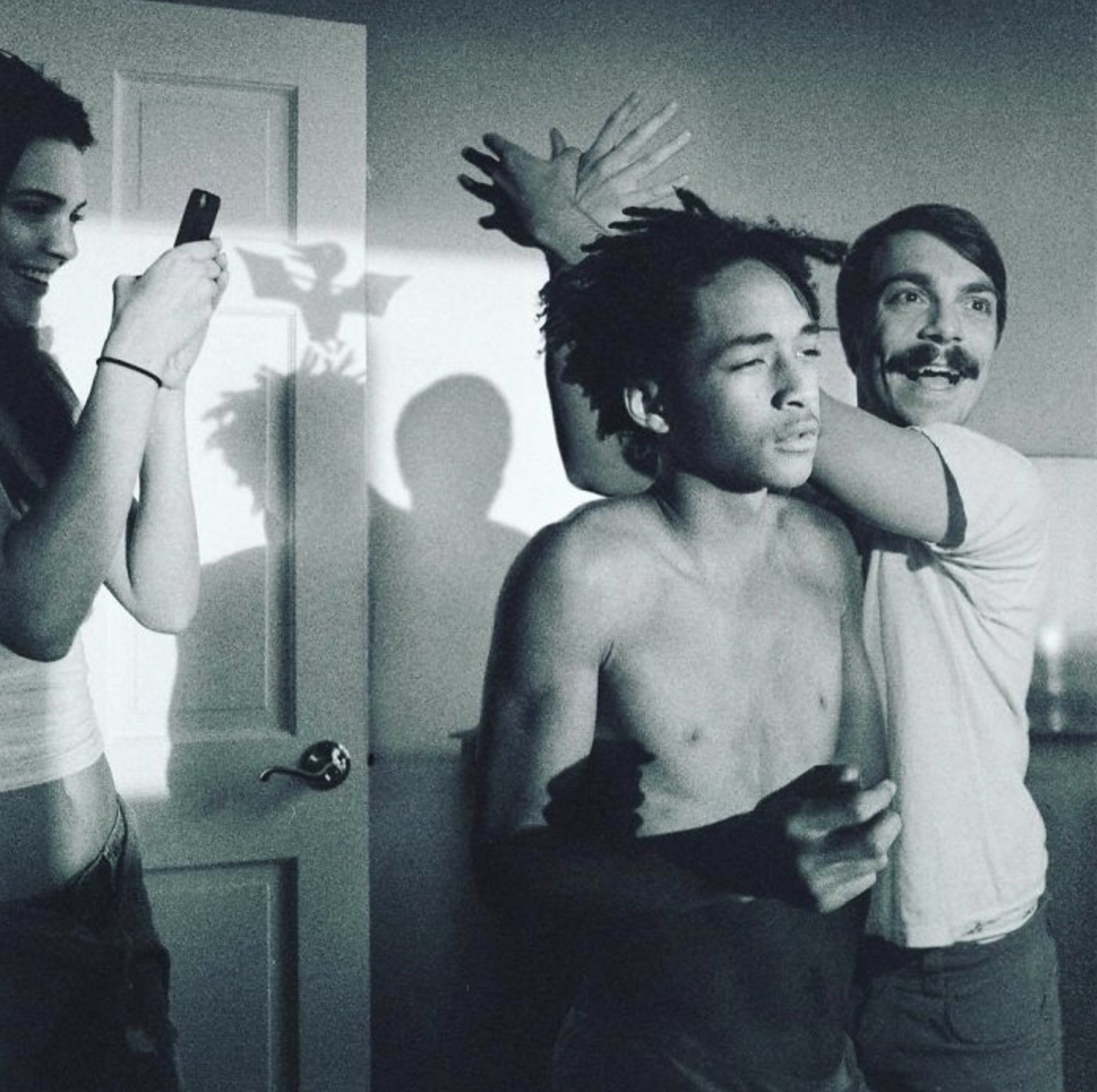 “Kanye said you gotta practice something for 10,000 hours before you master it so I spent the last 10,001 hours practicing shadow puppets. I can make a bird, a ship and a bird sitting on a ship! Does anyone know Nick Cannon? Kinda wanna go on AGT!”

8. Every flower needs a bee. 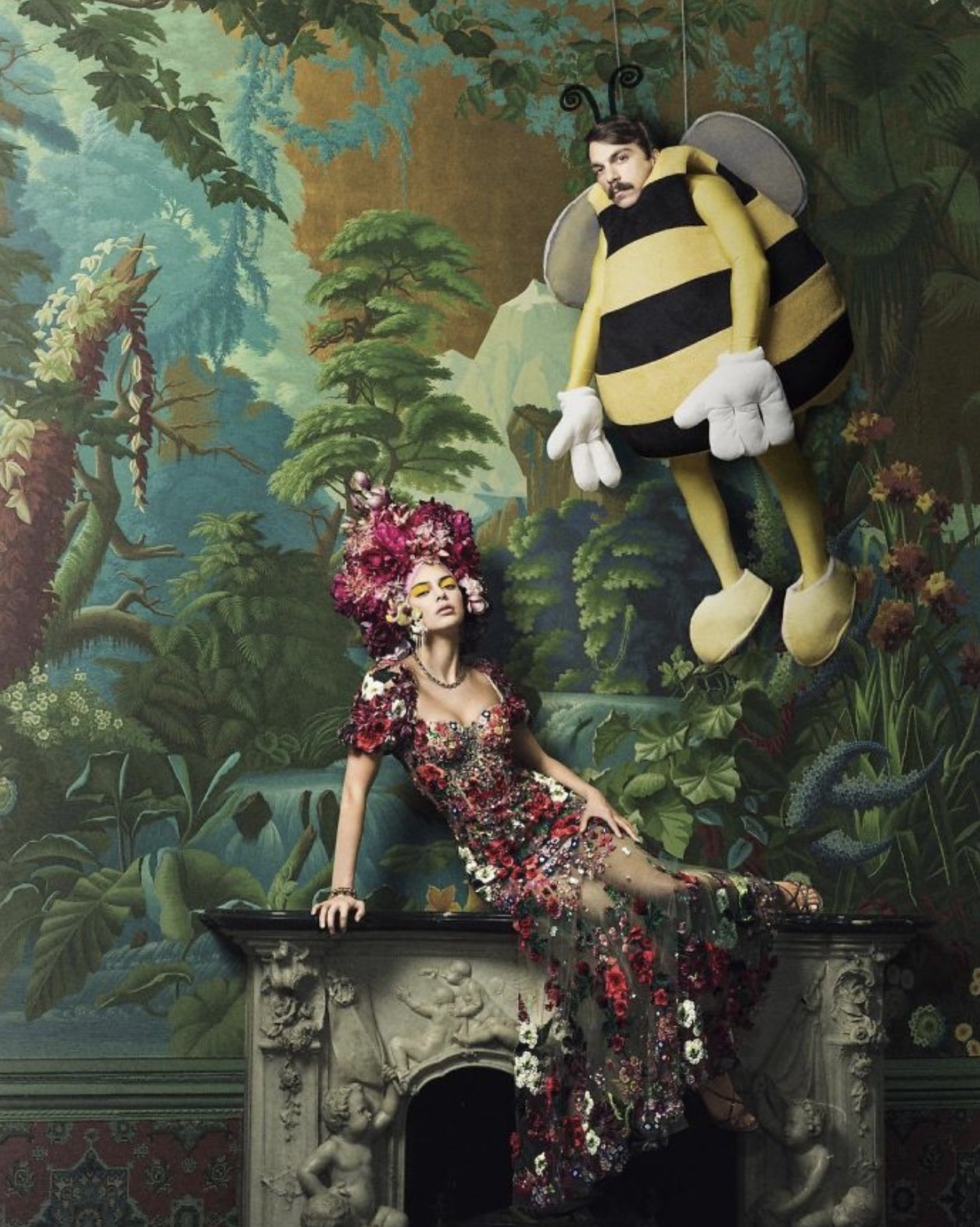 “Kendall and I had to do science fair projects in 4th grade. Hers was called ‘How Flowers Bloom’ and mine was called ‘Deadly Killer Bumblebees: When Will They Strike Next?’ Kendall got an ‘A’ but I got a ‘D-’ because my data was pretty inconclusive and also made up. Anyways, that’s what this photo is supposed to symbolize. I think it’s art.” 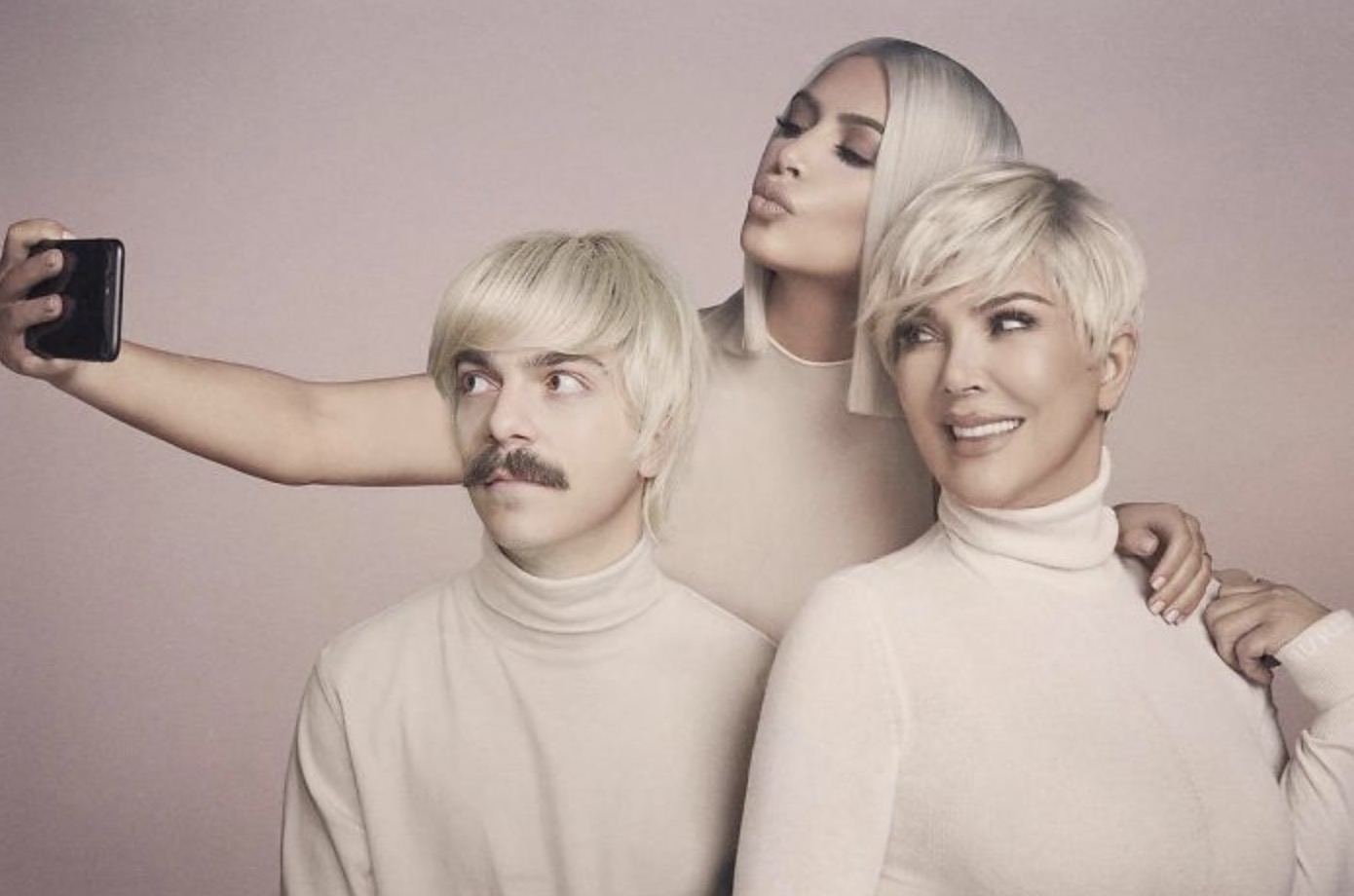 “Started a fresh new line of turtlenecks with Mom and Kim called Turtleneck Klub and each turtleneck comes with a gold shield that welcomes you to the Turtleneck Klub! I wanted to give out a free turtle too but apparently they’d all die in shipping or something idk. Also, we only have 2 sizes lol.” 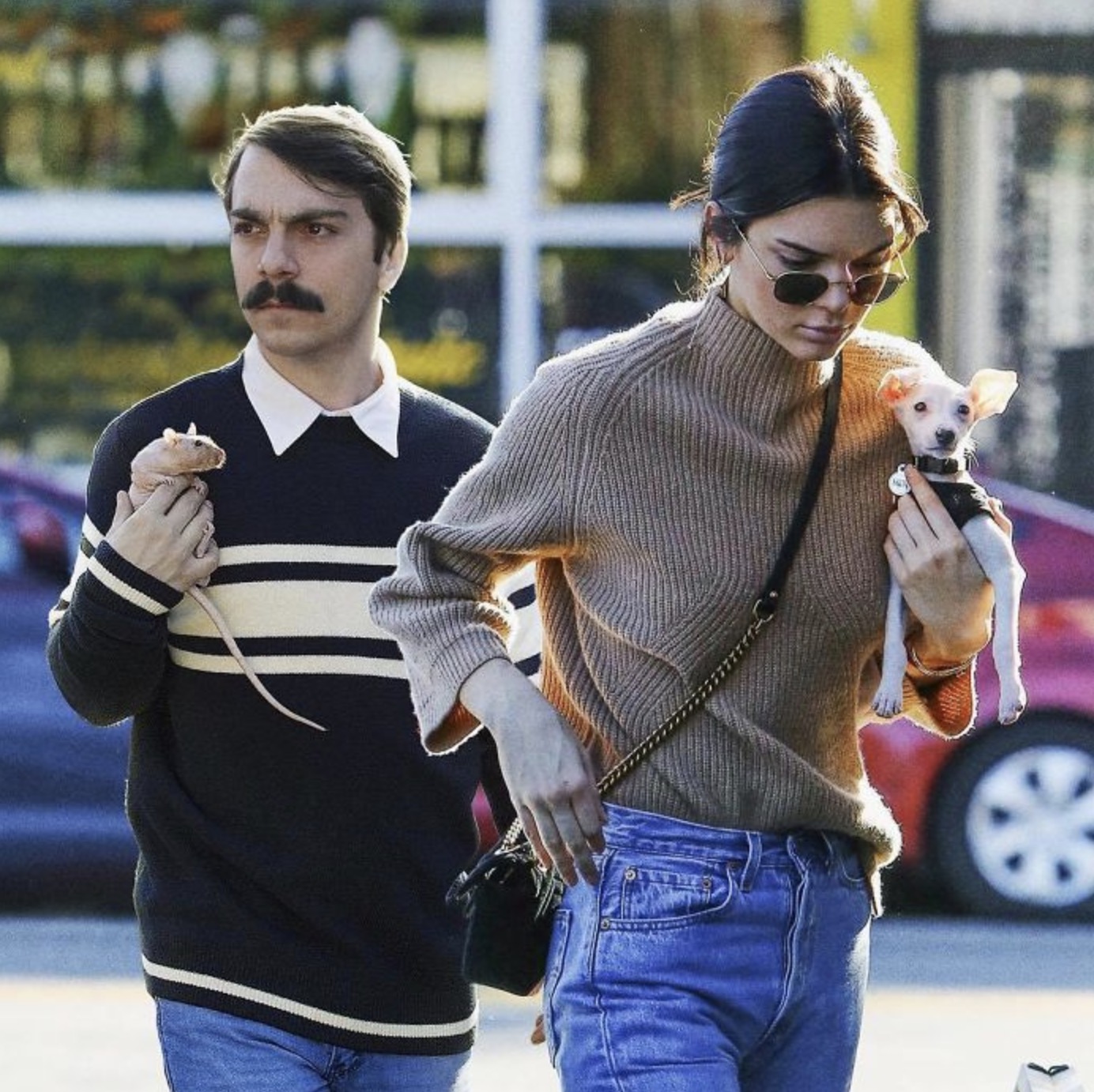 “Every good dog owner knows that 1) dogs love to be petted 2) all dogs go to heaven and 3) the longer the tail, the smarter the dog. Well my dog Andrew has the longest tail I’ve ever seen so he must be one friggin smart af pup!! He also loves biting, running away and hiding under the couch. haha smdh freakin Andrew! Kendall’s dog is cute too tho.” 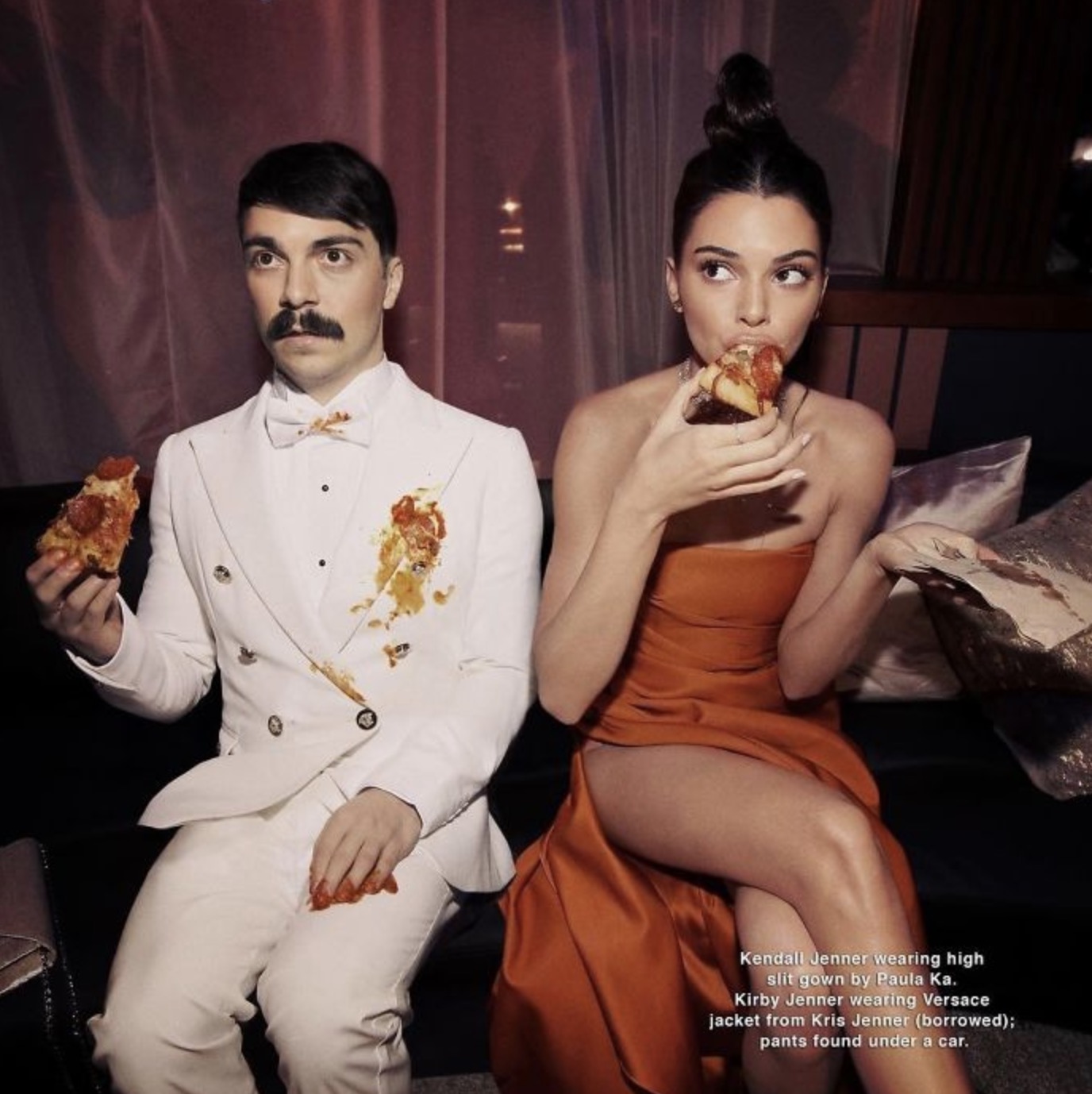 “I don’t usually play with my food cause eating it is already so much fun, but when Kevin James asks you to play pizza catch… you don’t turn that shiz down!!” 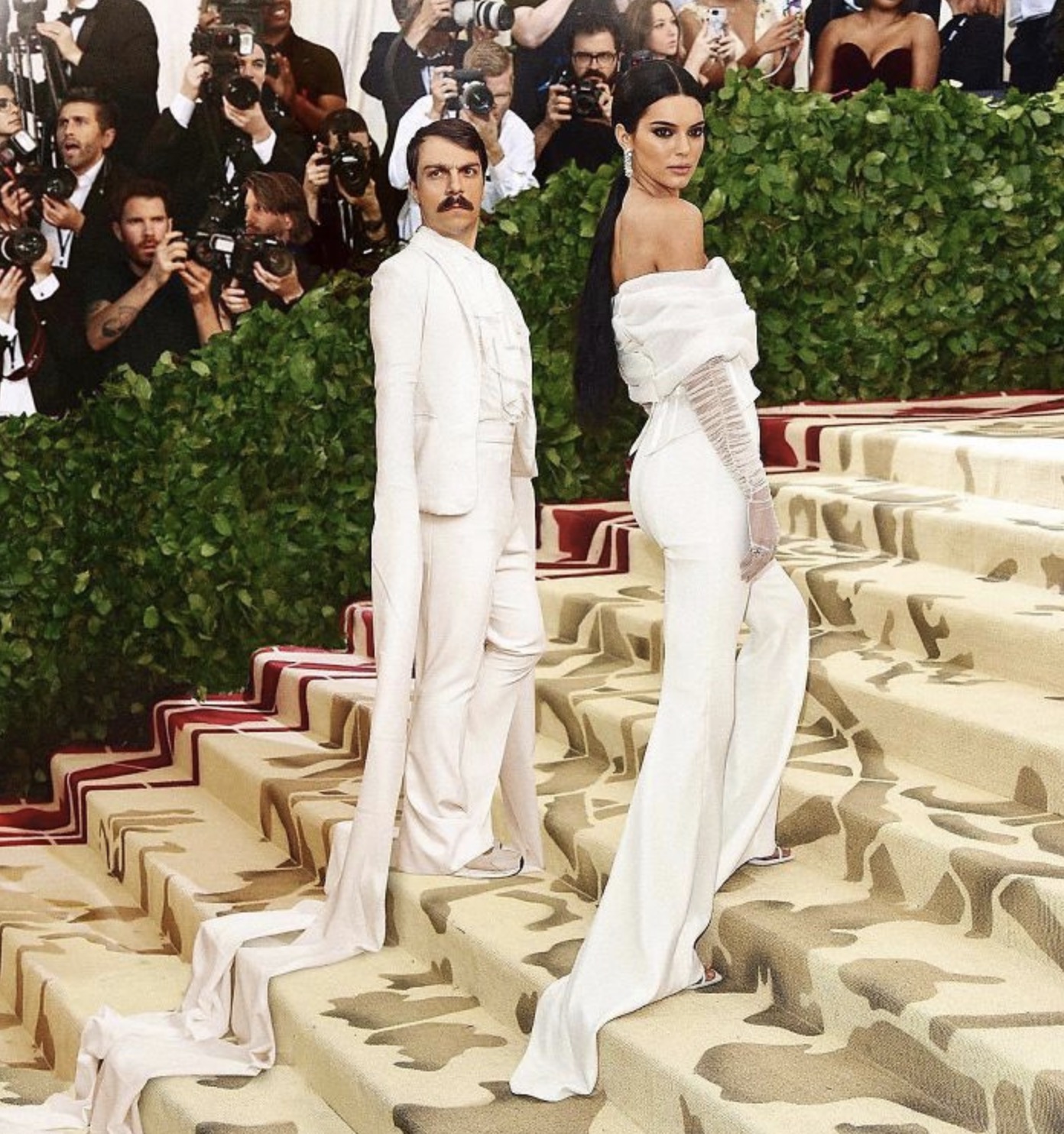 “Whoa! I won the award for ‘Longest Sleeves’ at this Met Jingle Ball thing and this is a real big moment for me. S/O to Reggie at Men’s Wearhouse for hooking it up like always, my Uber driver for her patience, and Janet the caterer who fed me snacks all night bc I couldn’t find my own hands.”

“As most of you know, I shattered all my teeth in a tragic Slip-n-Slide accident last winter. It was on the news. Anyway, I’ve been scared of water ever since… but Kendall helped me get over my fear b/c that’s what family is for.” 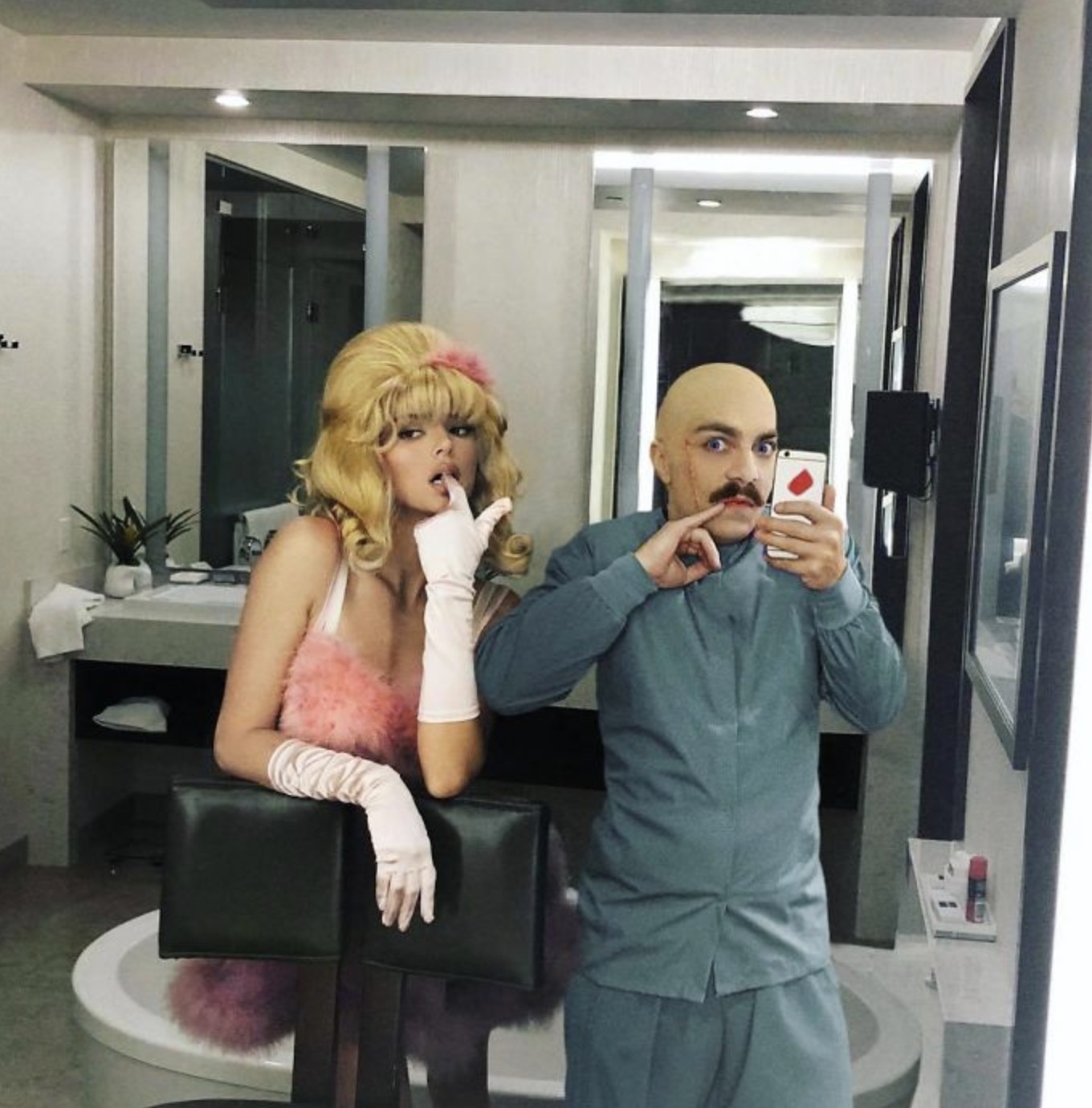 “I have one simple request.. and that is to have sharks with frickin’ laser beams attached to their heads!! Hahaha so evil. So true.”

15. Sticking His Neck Out 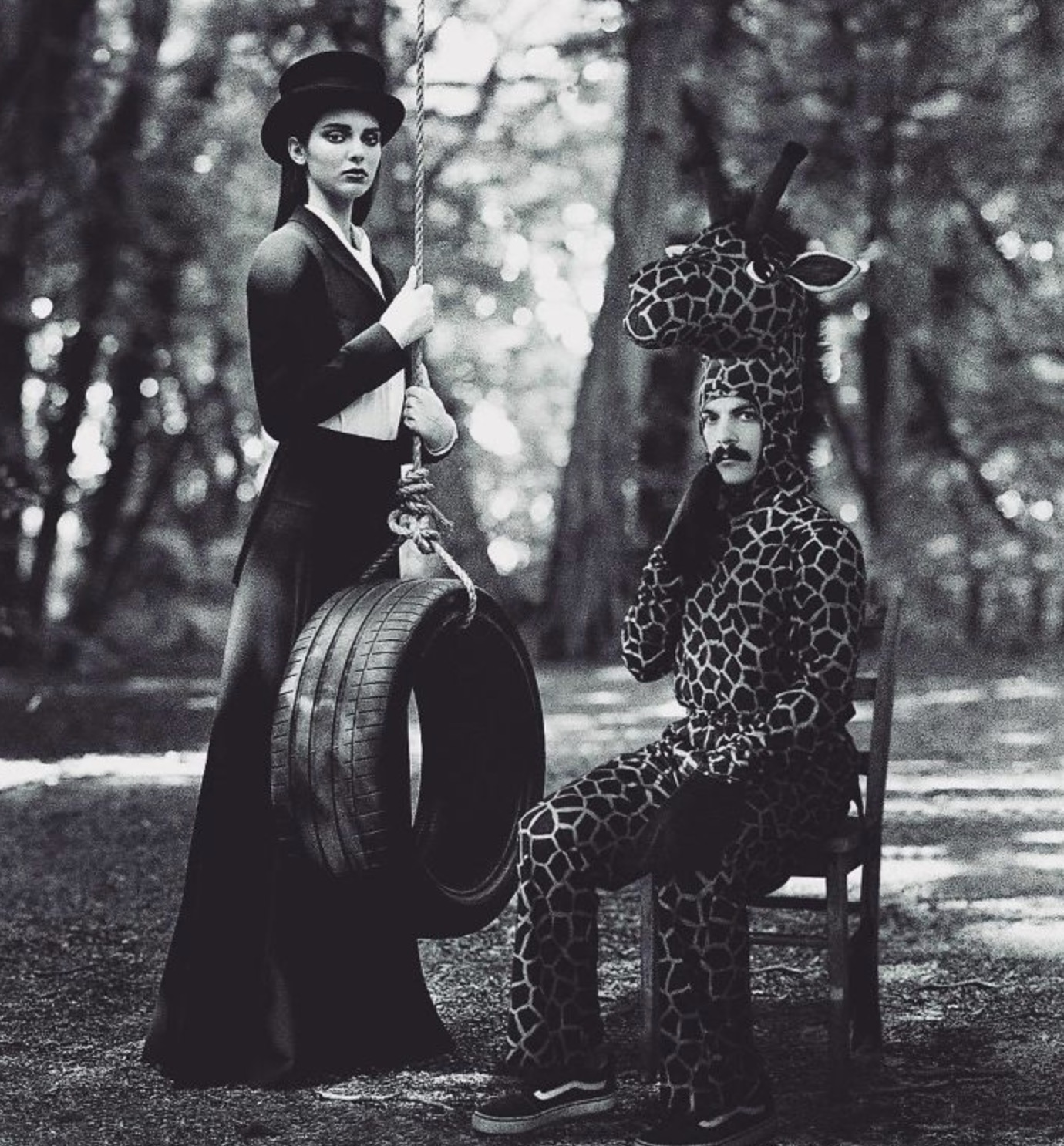 “As you prob know, Kendall and I take Halloween VERY srsly. No LOL. Ghosts and ghouls and pumpkins are serious business. This year, Kendall dressed up as the ‘Ghost of a girl who got 2nd degree rope burn from her tire swing and died’ and I went as ‘cute giraffe.’ Kinda bummed I didn’t win the costume contest but Khloe’s Megatron costume was friggin lit AF”