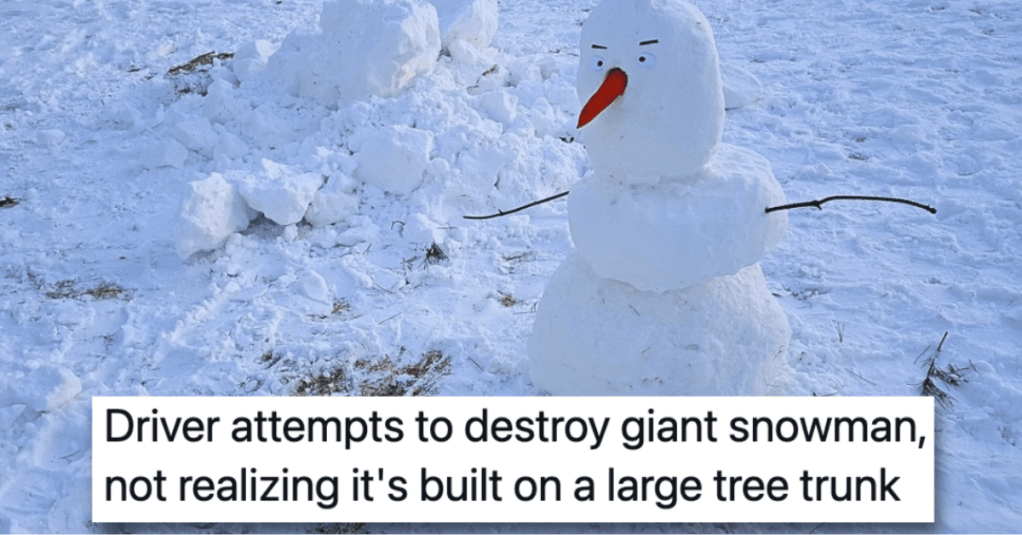 One time when I was in high school, a guy was talking trash to my friends and me for one reason or another from his car with the window rolled down. I don’t have any recollection of what this spat was about, but the guy flipped us the bird, put his car into reverse…and immediately backed into another car.

And you gotta love it! When it doesn’t happen to you, of course…

But if you’re a nice person, you usually don’t really have to worry about that, now do you?

You know that’s the truth!

Here are some instant karma stories that we think you’ll really love. Let’s take a look!

I really love this one.

A lawyer who slapped a lady constable in Ferzowala arrested and presented to Court by the same LADY CONSTABLE. pic.twitter.com/dAHW6NIhcG

2. Hahahaha. You showed him.

You have major problems if you don’t respect your Mom.

Respect your mother. from instantkarma

3. Don’t mess with the snowman.

Had to learn the hard way, didn’t you?

This is pretty interesting.

One plate of karma coming up from instantkarma

This kind of stuff drives me insane.

Mayor dishes out karma on litterer from instantkarma

7. Why would anyone shoot a dog?

Or even hurt a dog, for that matter…?

What goes around comes around.

https://t.co/Thdh077SaD puts people's mugshots online, and then demands payment to take them down. The site's founders were just arrested for extortion. Here are their mugshots. pic.twitter.com/gIKwCKHrxU

What are the chances of this actually happening? Wild!

Hit and Run Driver Forgot Something from IdiotsInCars

People never cease to amaze me.

In a major way!

Revenge at its finest from instantkarma

And now we want to hear your stories!

In the comments, share some of your own instant karma tales with us.