This Brazilian Tattoo Artist Can’t Draw, And That’s Why People Love Her

In the past, we’ve shown you plenty of awful tattoos. There are lots of ways a bad tattoo can happen. Maybe the tattoo artist is a terrible proofreader, and the result was a tattoo that says “I Love You, Nom.” Or maybe the customer got the tattoo on an impulse, and an idea that once seemed amazing turns out to be an ice cream cone sitting on a toilet.  Or maybe the tattoo artist just isn’t as much of an “artist” as their job title would imply. The one thing all bad tattoos have in common, however, is that someone, somewhere, once thought it would be a great tattoo.

But Brazilian tattoo artist Helena Fernandes is changing that, one terrible tattoo at a time. She has no artistic skill to speak of, but that hasn’t stopped her from opening a successful tattoo shop in her hometown of Salvador de Bahia. At the shop, which is named Malfeitona, Fernandes has created her very own tattoo style called “tatuagens peba,” which literally means “trash tattoos.”

Below you can check out 15 of Fernandes’s “designs,” if you can call them that. Maybe the thought of someone willingly getting a grade-school-level design tattooed on their skin will upset you. Or maybe you’ll be inspired to get a tatuagen peba of your own. One thing’s for sure, there’s no accounting for taste.

1. No wonder they went extinct. 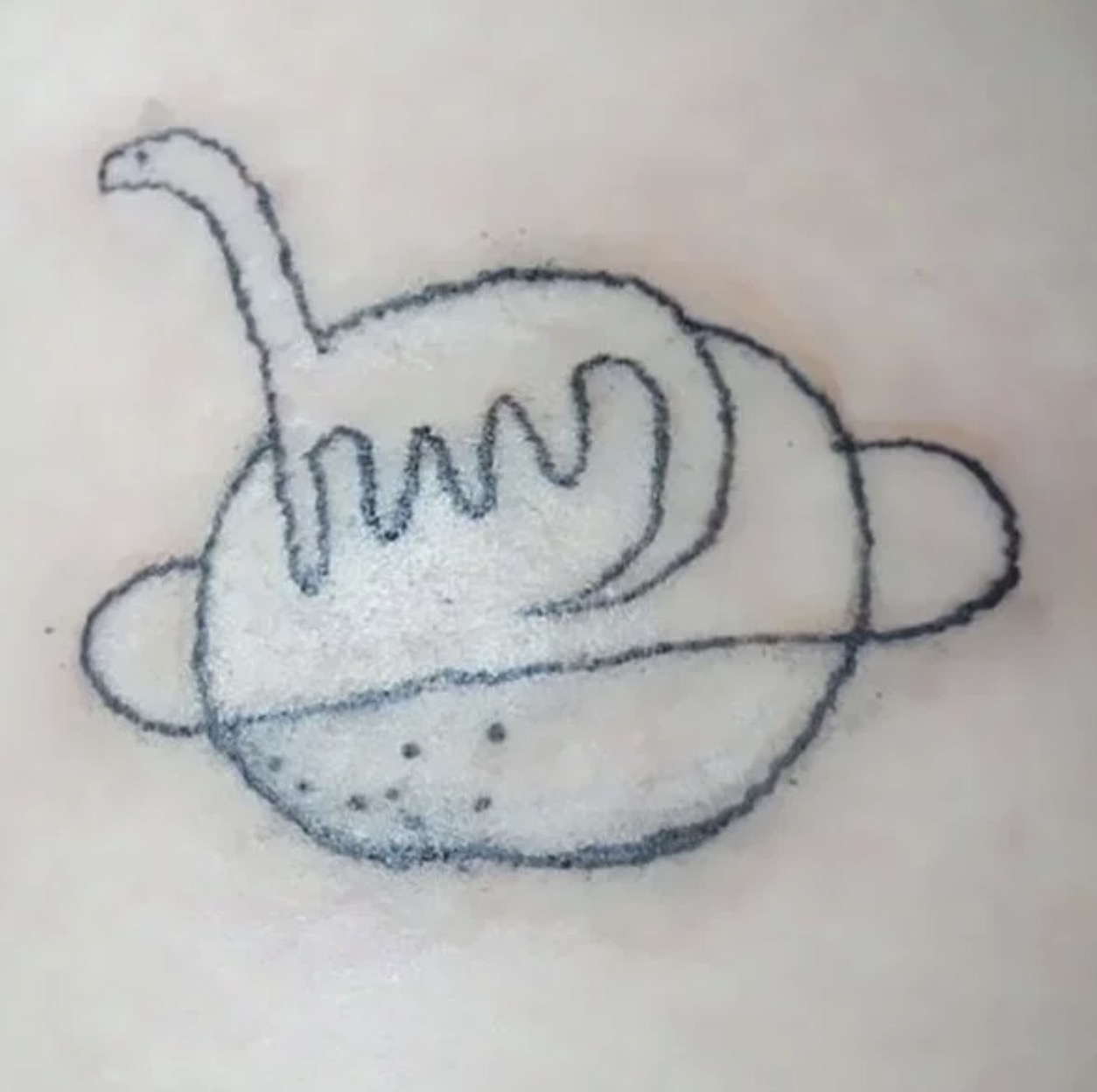 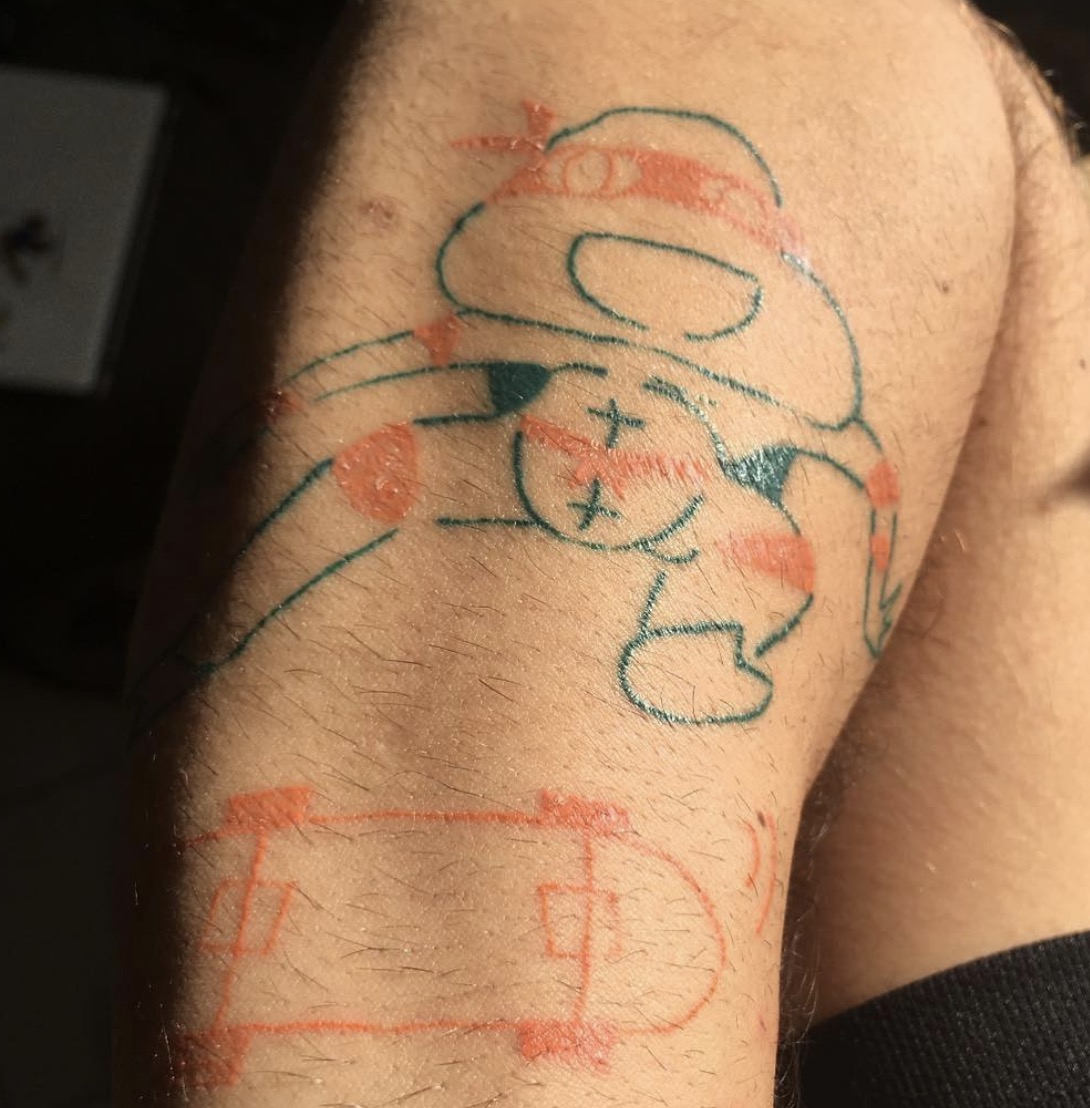 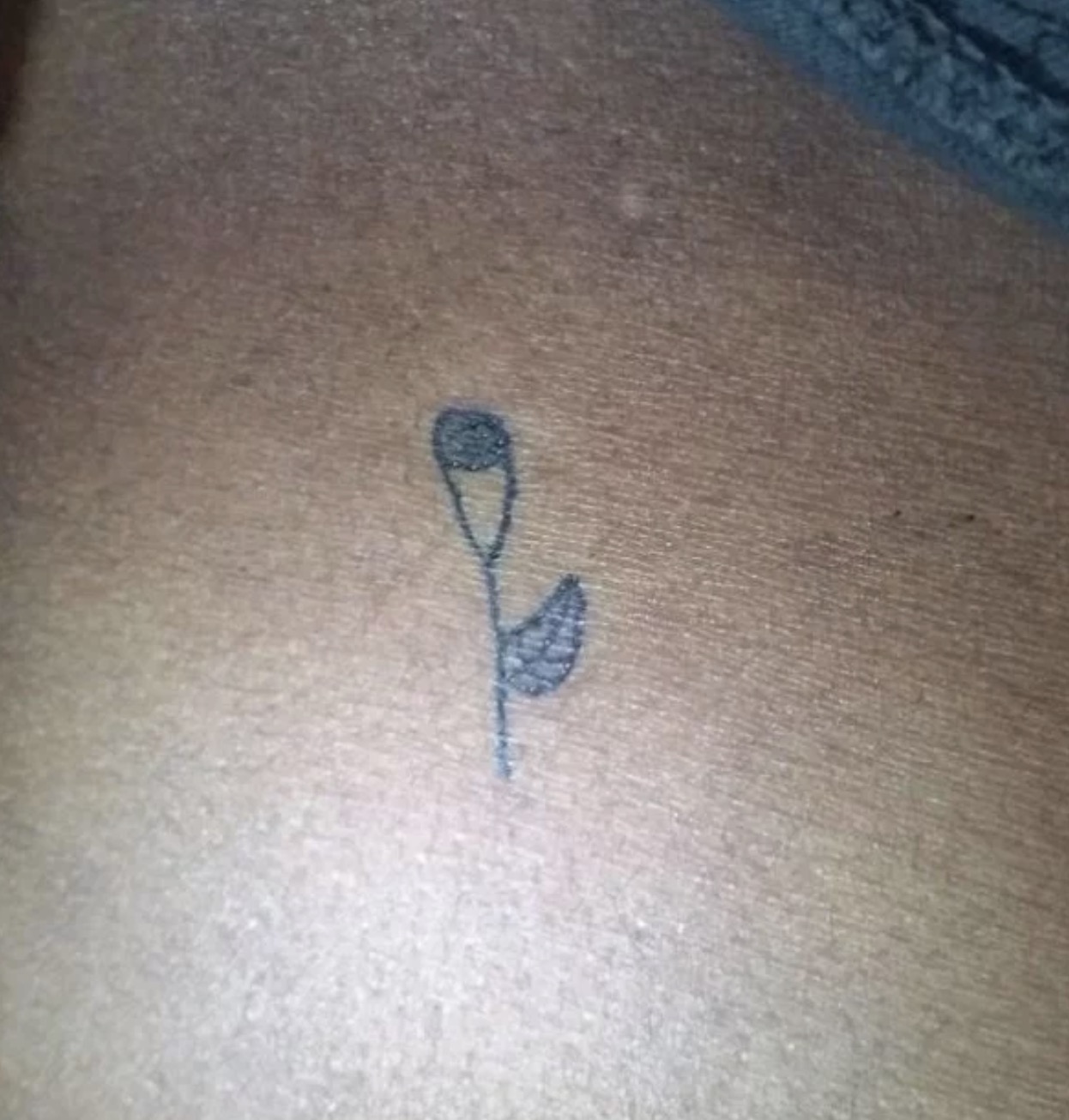 4. And this is why you don’t make a tattoo with disappearing ink. 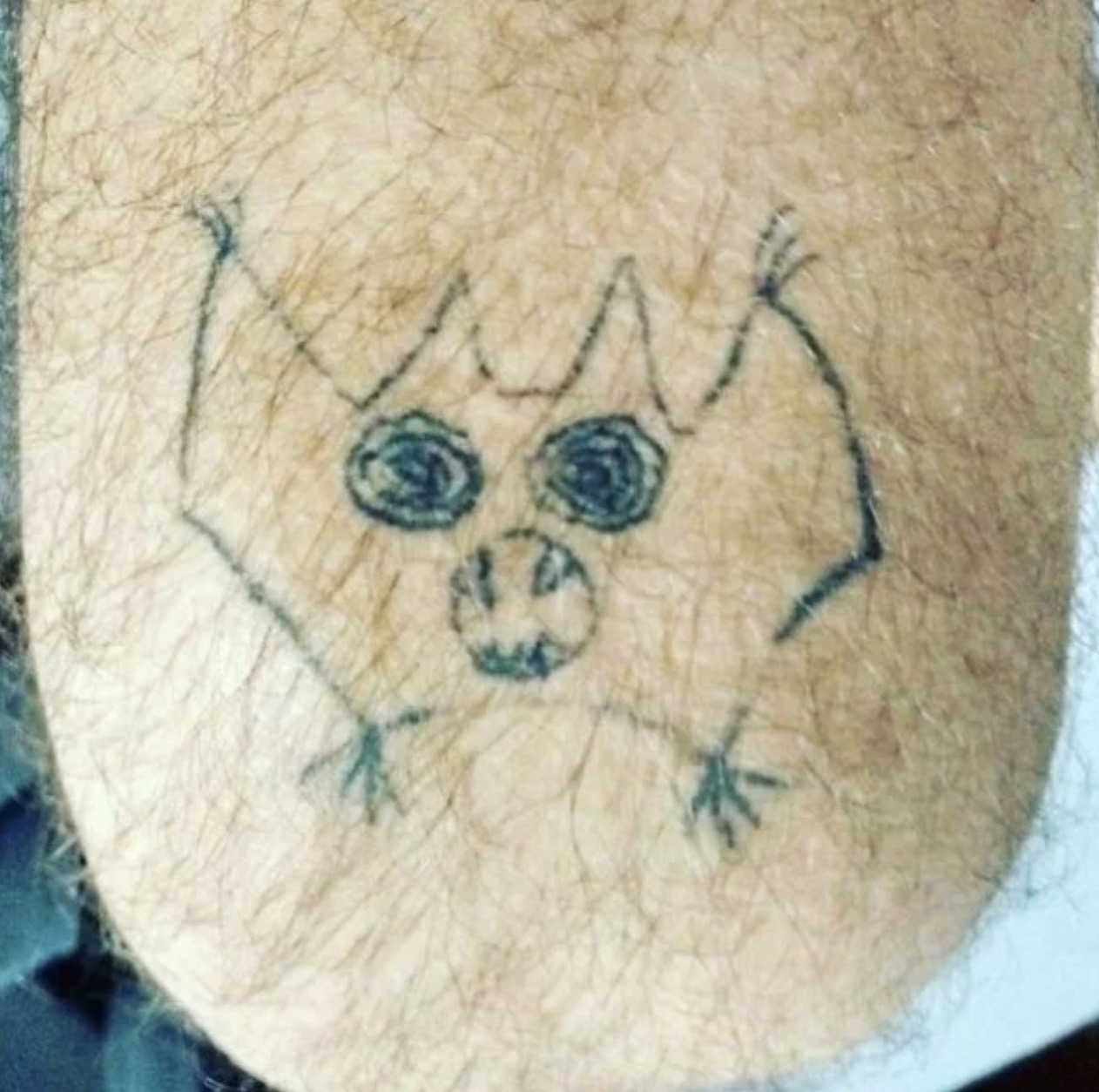 5. Some sort of evil salt shaker? 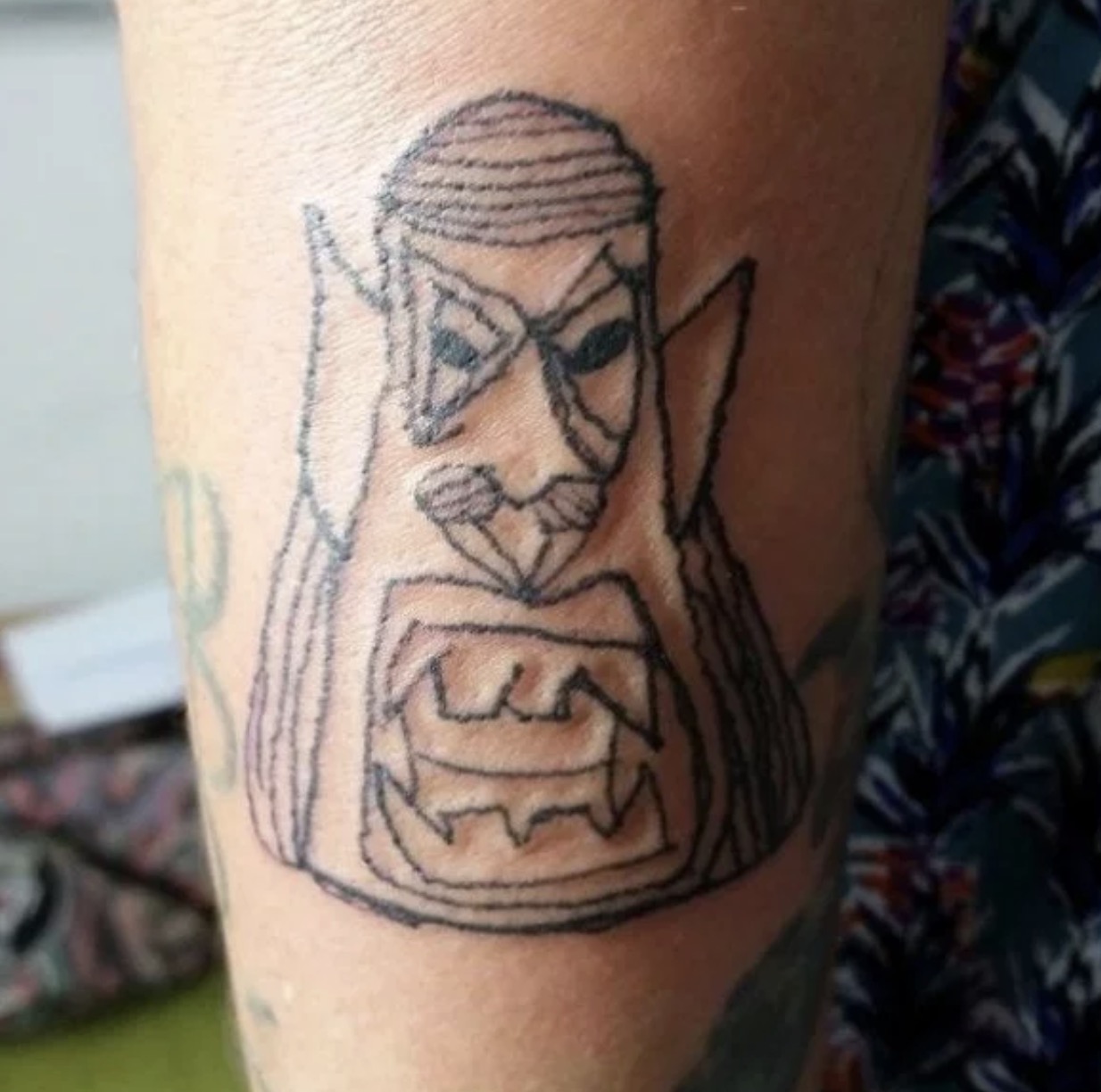 6. This seal really started hitting the bottle after he got fired from Sea World. 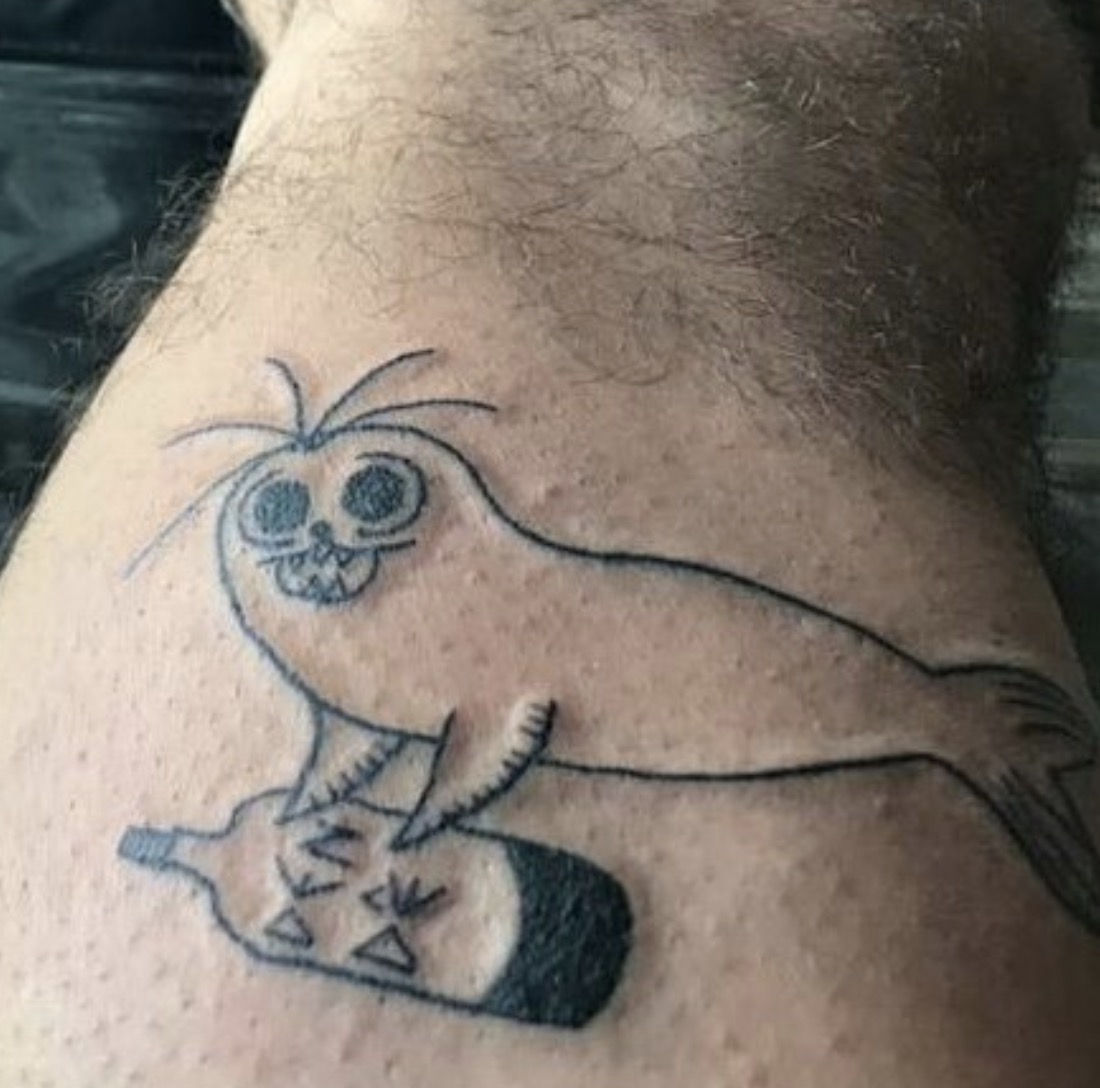 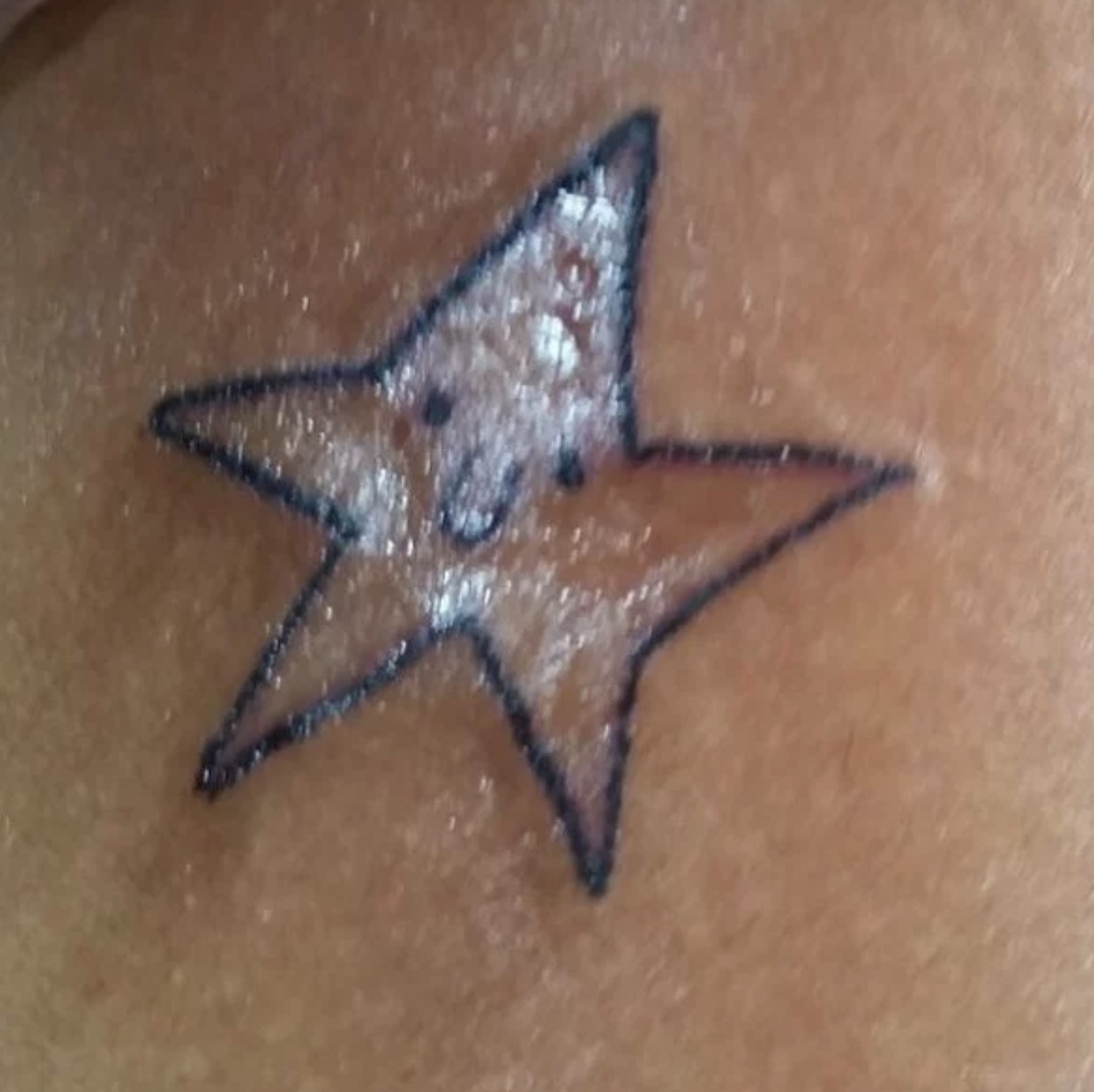 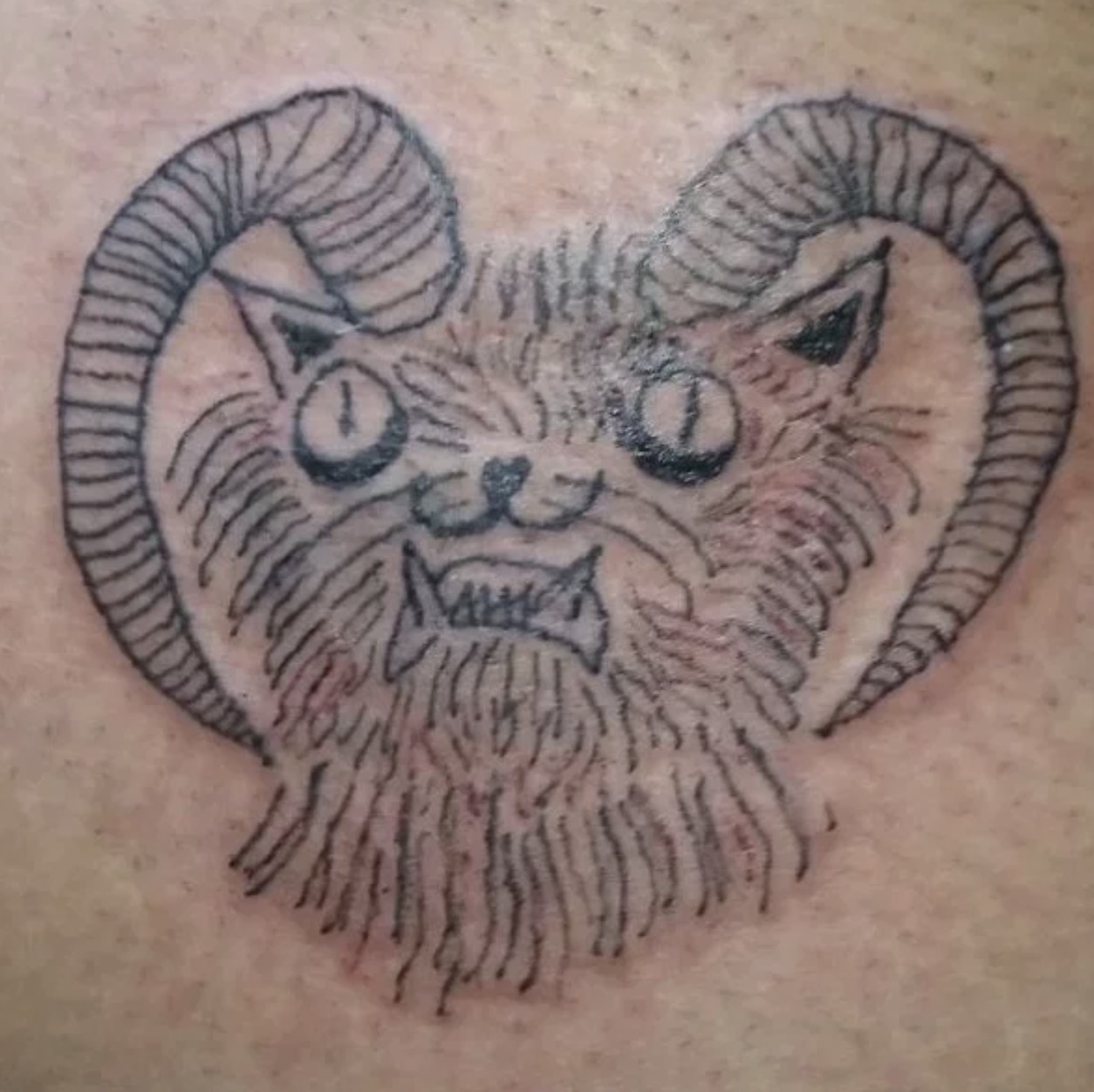 9. He’s already blown through eight of his lives. 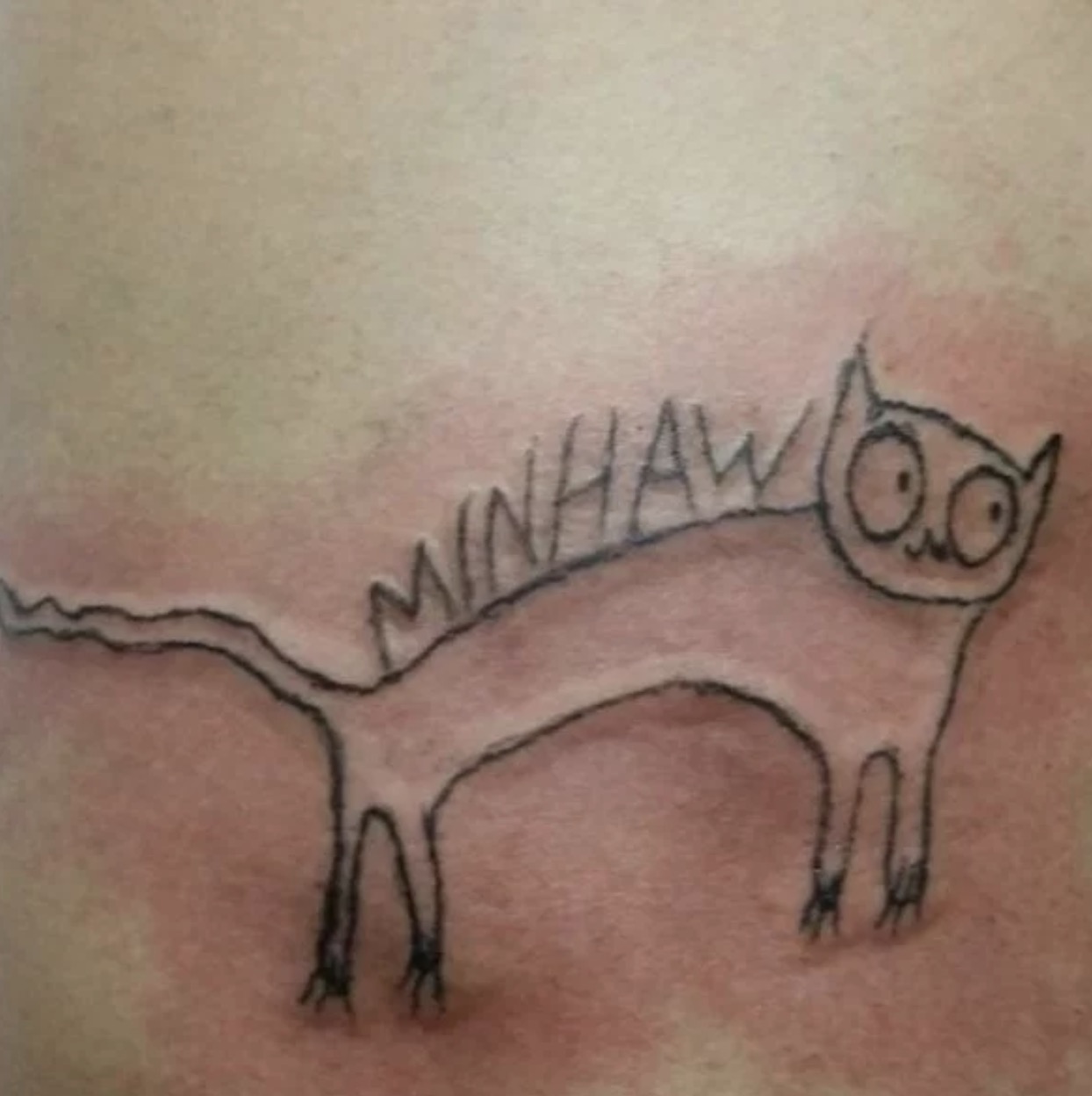 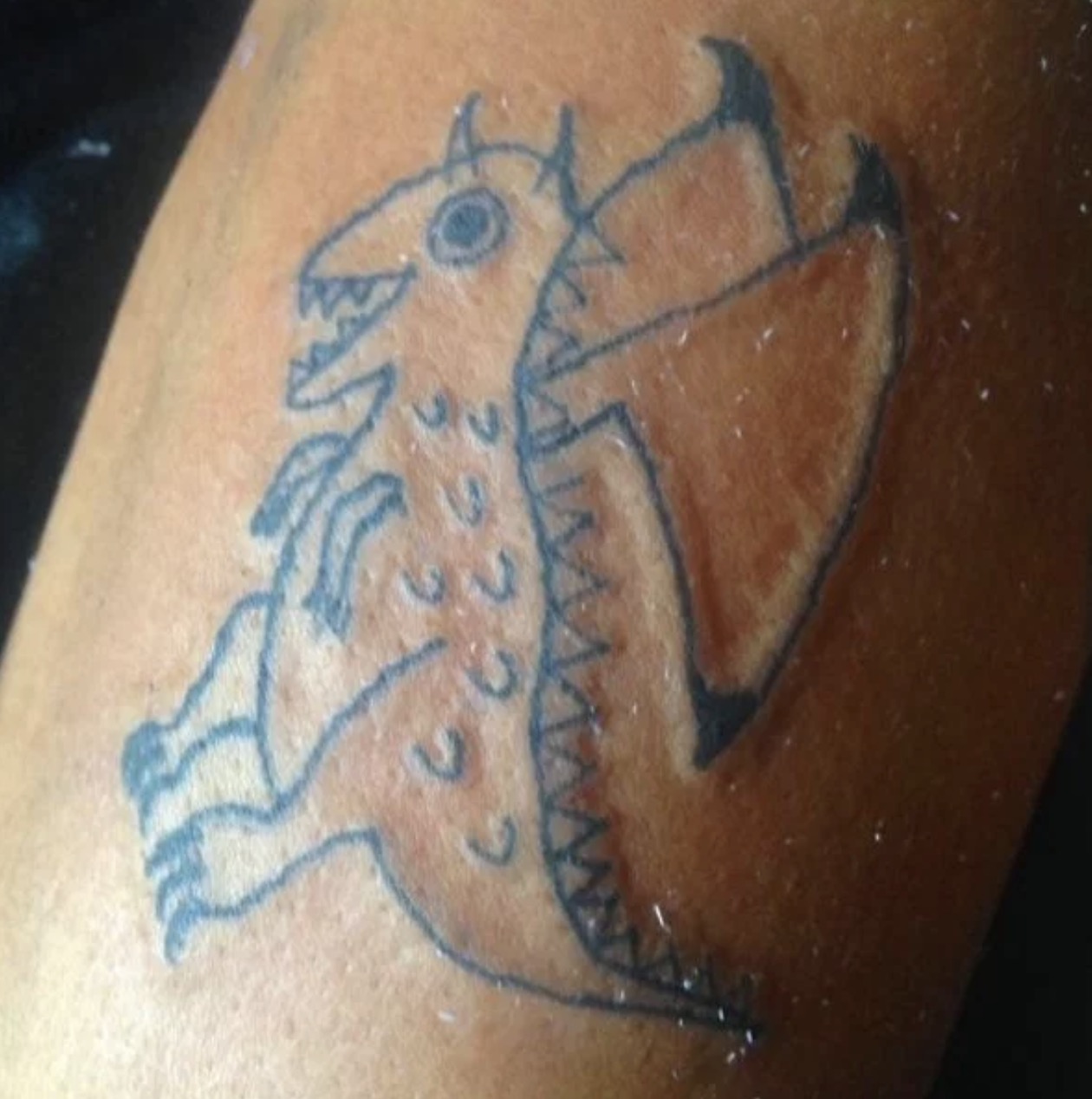 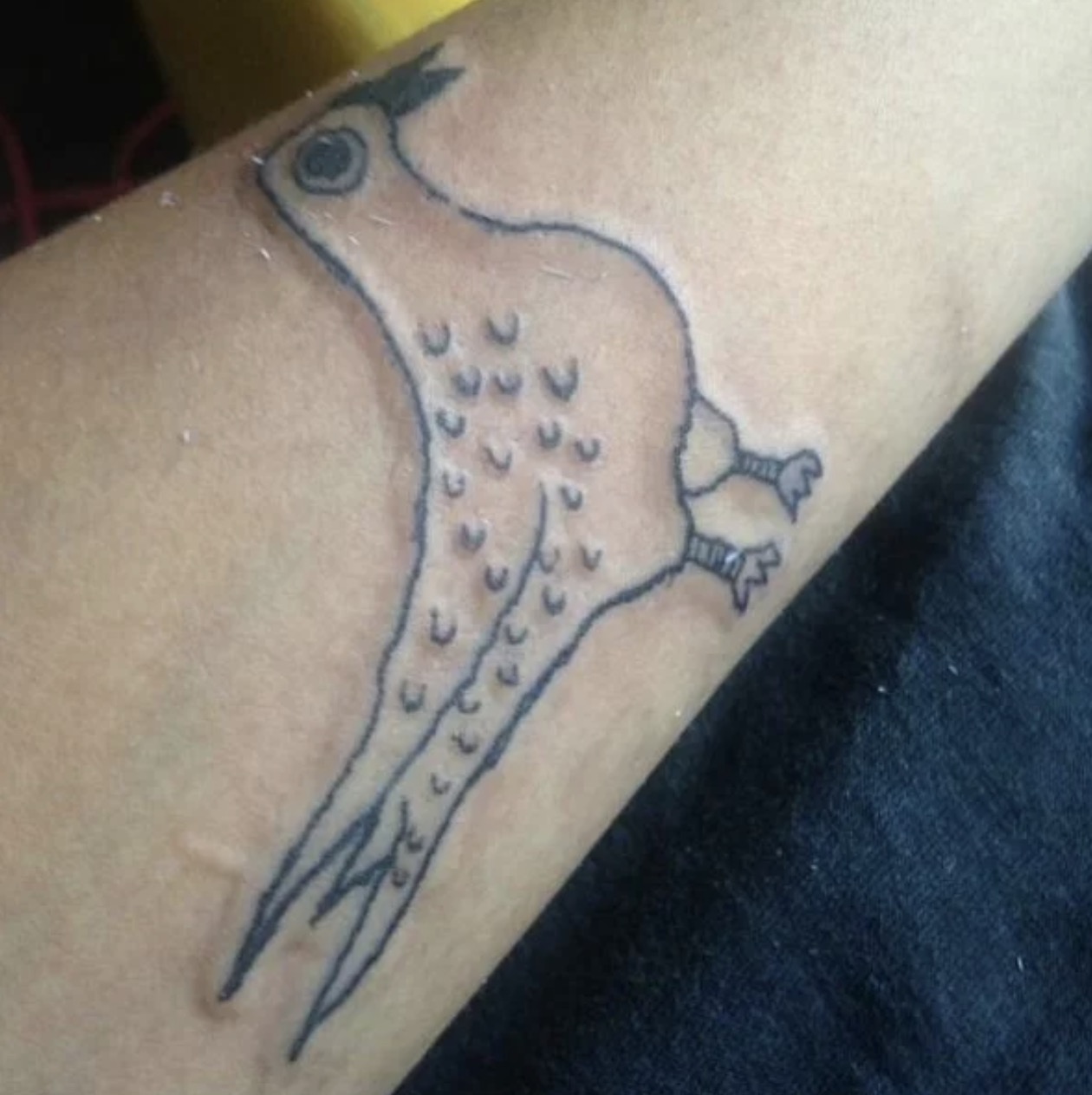 12. A unicorn that just saw itself in a mirror for the first time. 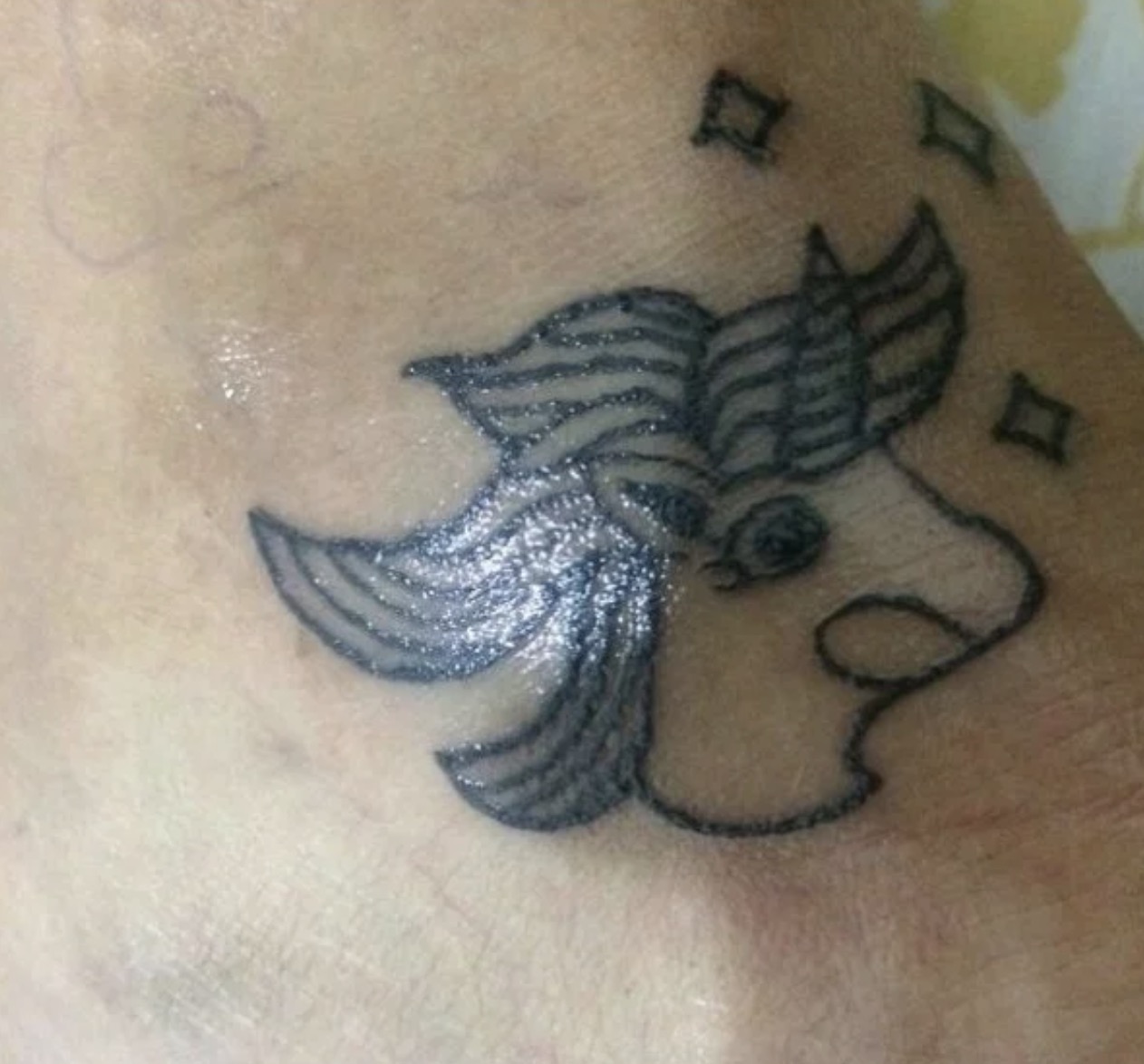 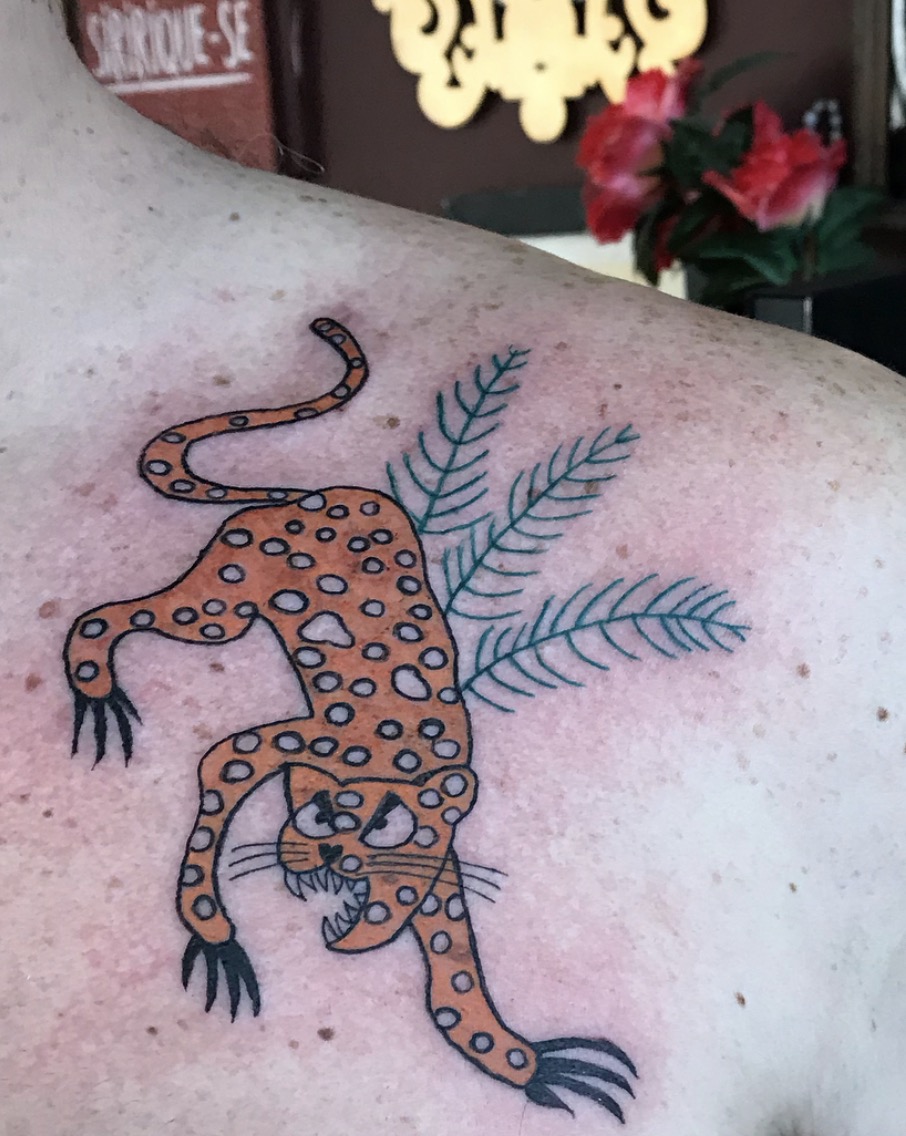 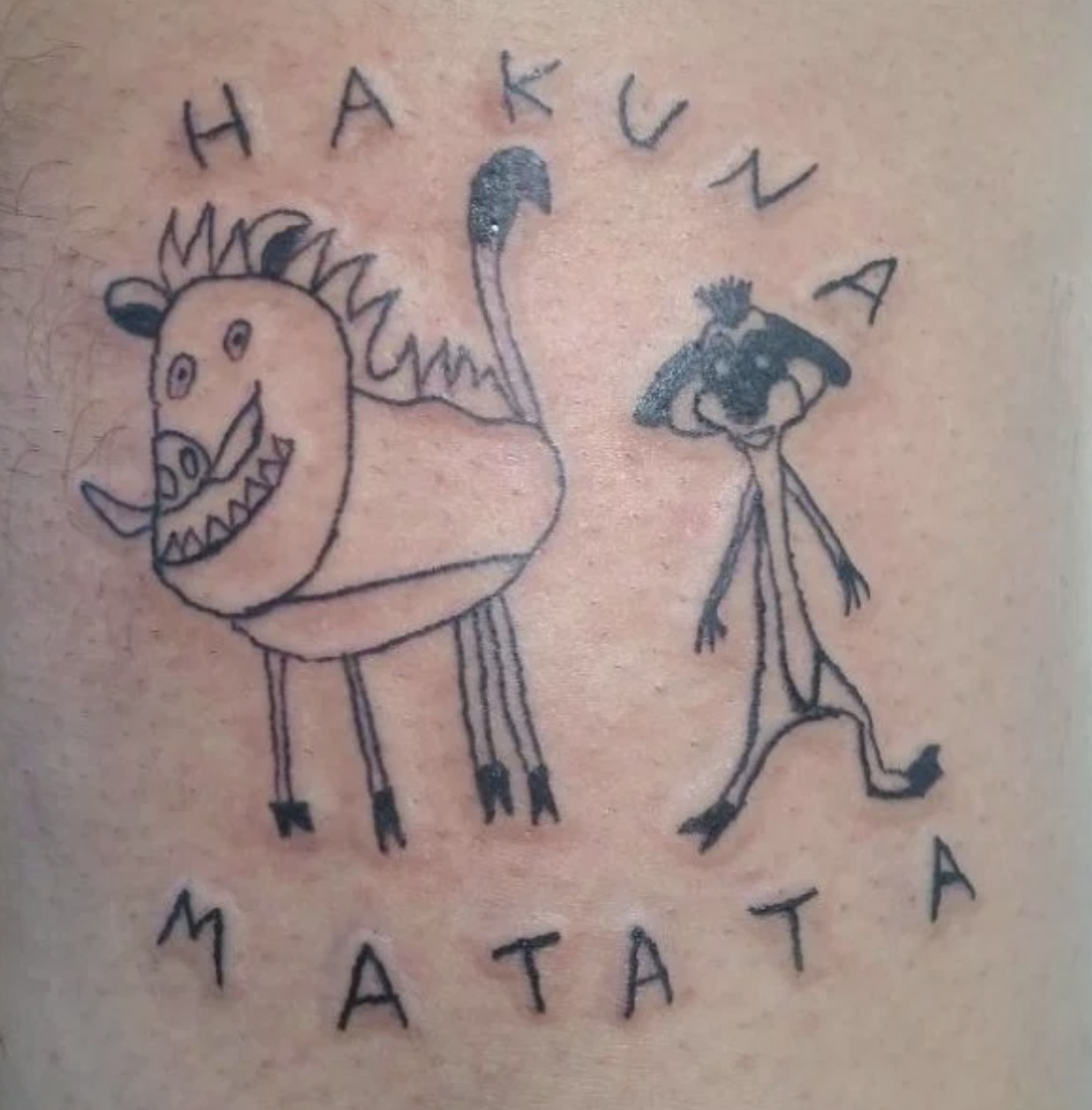 h/t: The Chive and Refinery 29