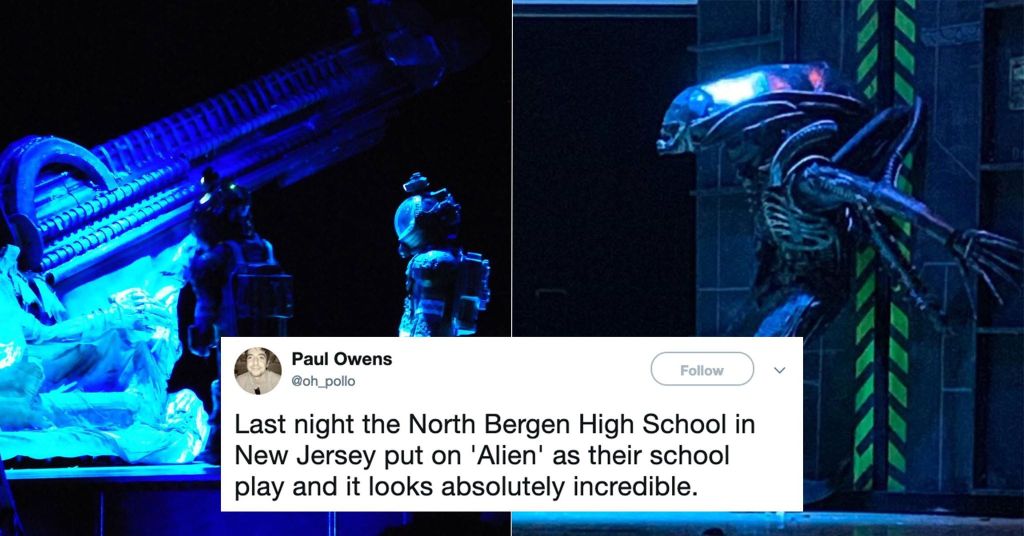 But one high school theater department in New Jersey dared to be ambitious, and they’re being rightfully celebrated for it. Last week, the students at North Bergen high staged a theatrical version of Ridley Scott’s 1979 sci-fi/horror classic, Alien. 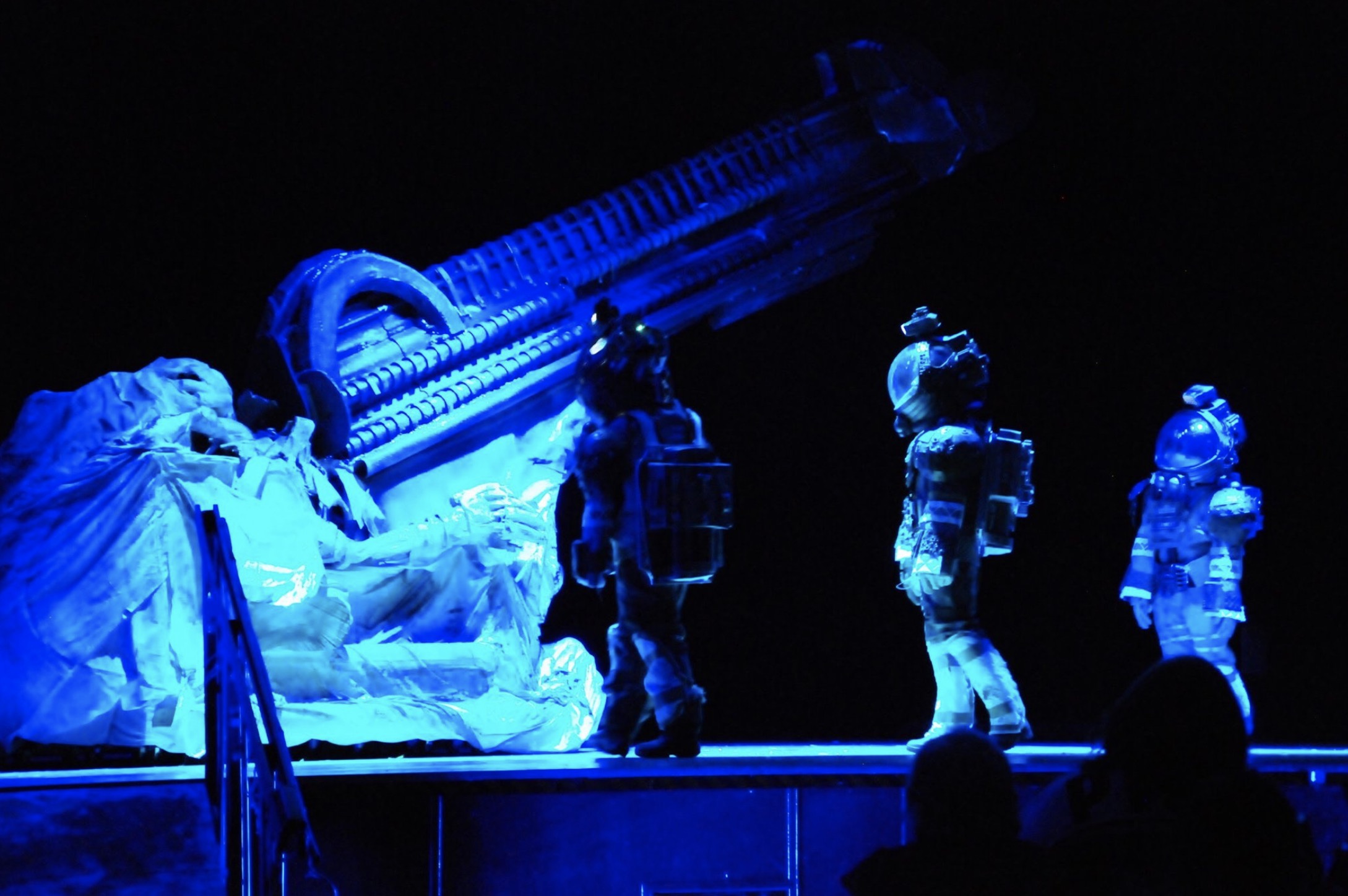 Producing a theatrical version of Alien involved a tremendous amount of work. Unlike a Hollywood production, which can employ hundreds of people, Alien: The Play was created by just a handful: art director Andrew Defendini, who’s also the school’s art teacher; director Perfecto Cuevas; lighting and technical director Brian Bonnacci; and six student volunteers. And they did all of it with recycled materials.

“We don’t have really any budget — we recycle everything, everything is repurposed and recycled 10 times over until we get the look we need,” Defendini told Buzzfeed. 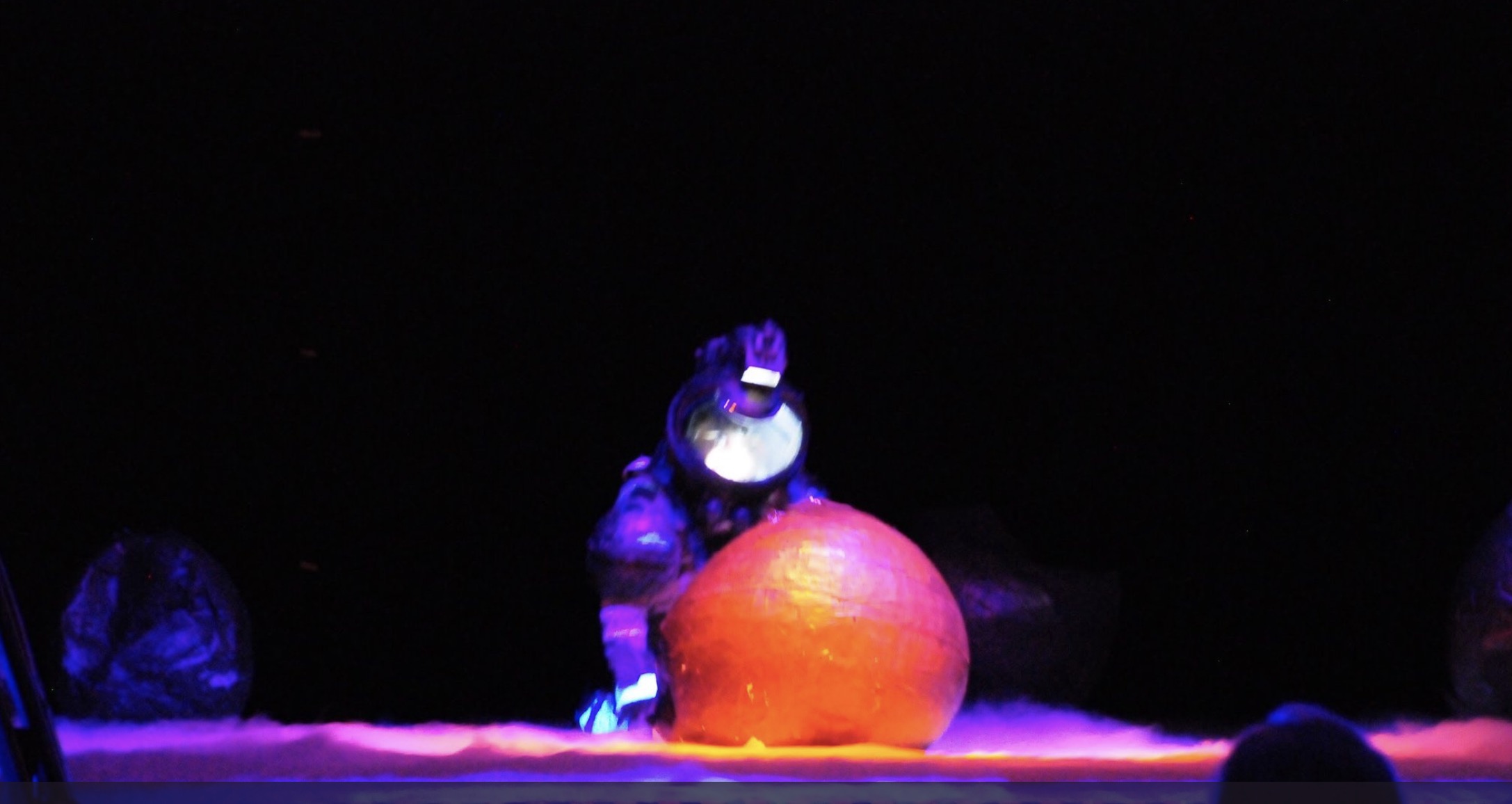 On recycling day, Defendini would drive around town looking for items that could be turned into props and costumes, like an old vacuum cleaner or used exercise equipment.

“To pull off something of that caliber, every set, every costume is repurposed in one way or another,” he said. 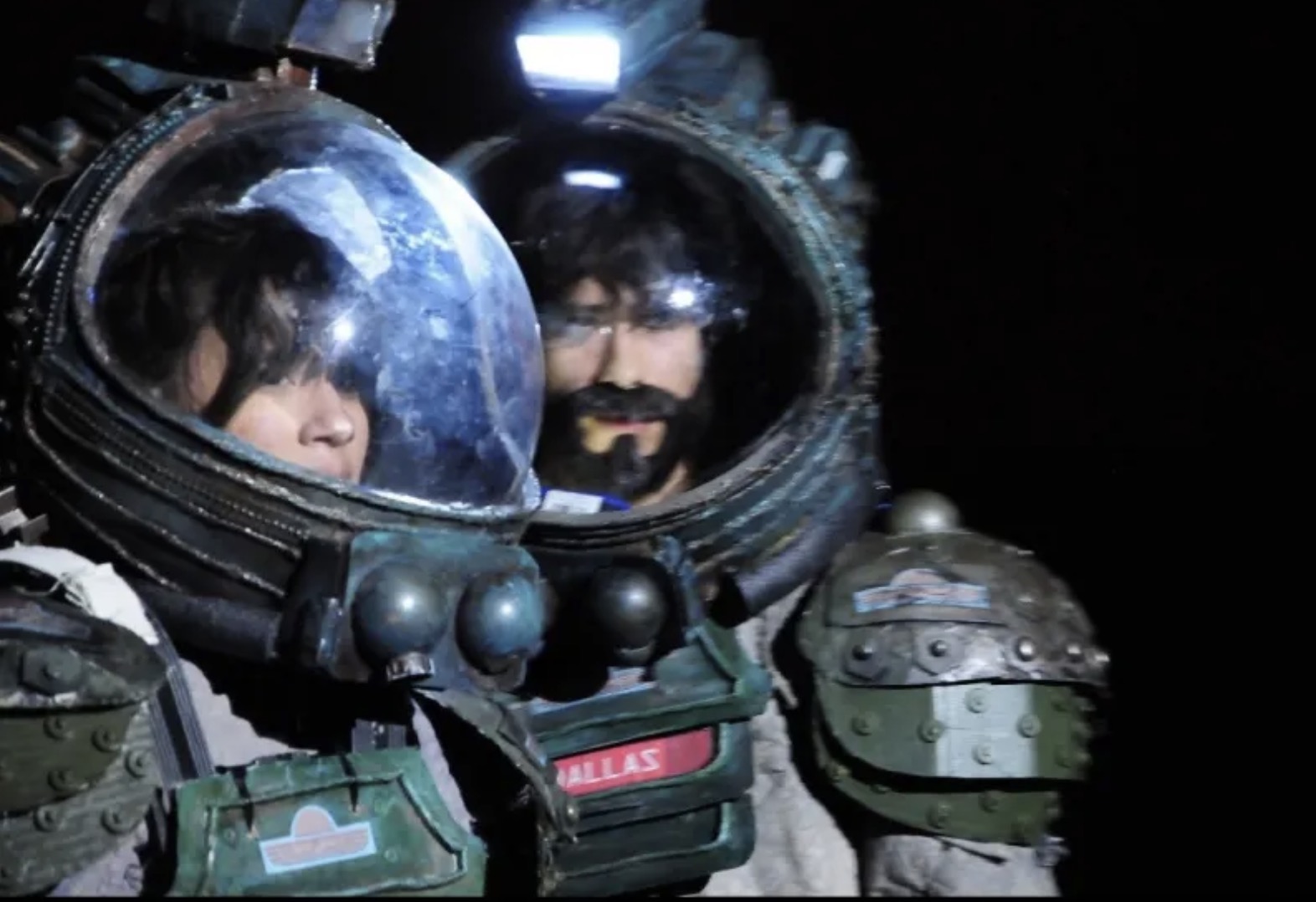 A local business donated foam and egg crate inserts, which were used to build the Nostromo‘s computer room, where Captain Dallas met with the onboard computer, “Mother,” to betray Ripley and the crew. 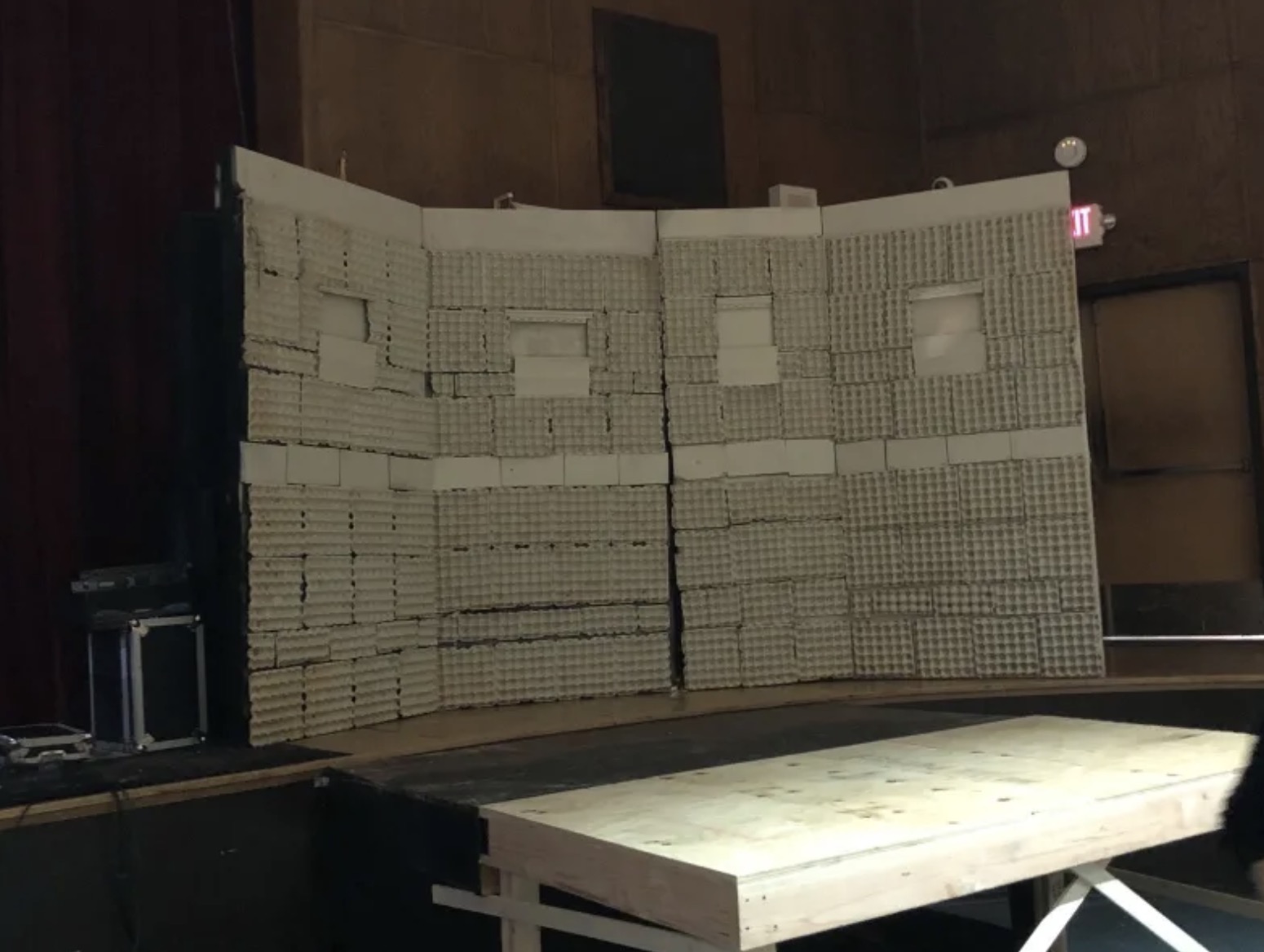 As for the film’s famous villain, the menacing Xenomorph, the students used foam and vacuum tubes to build the suit. 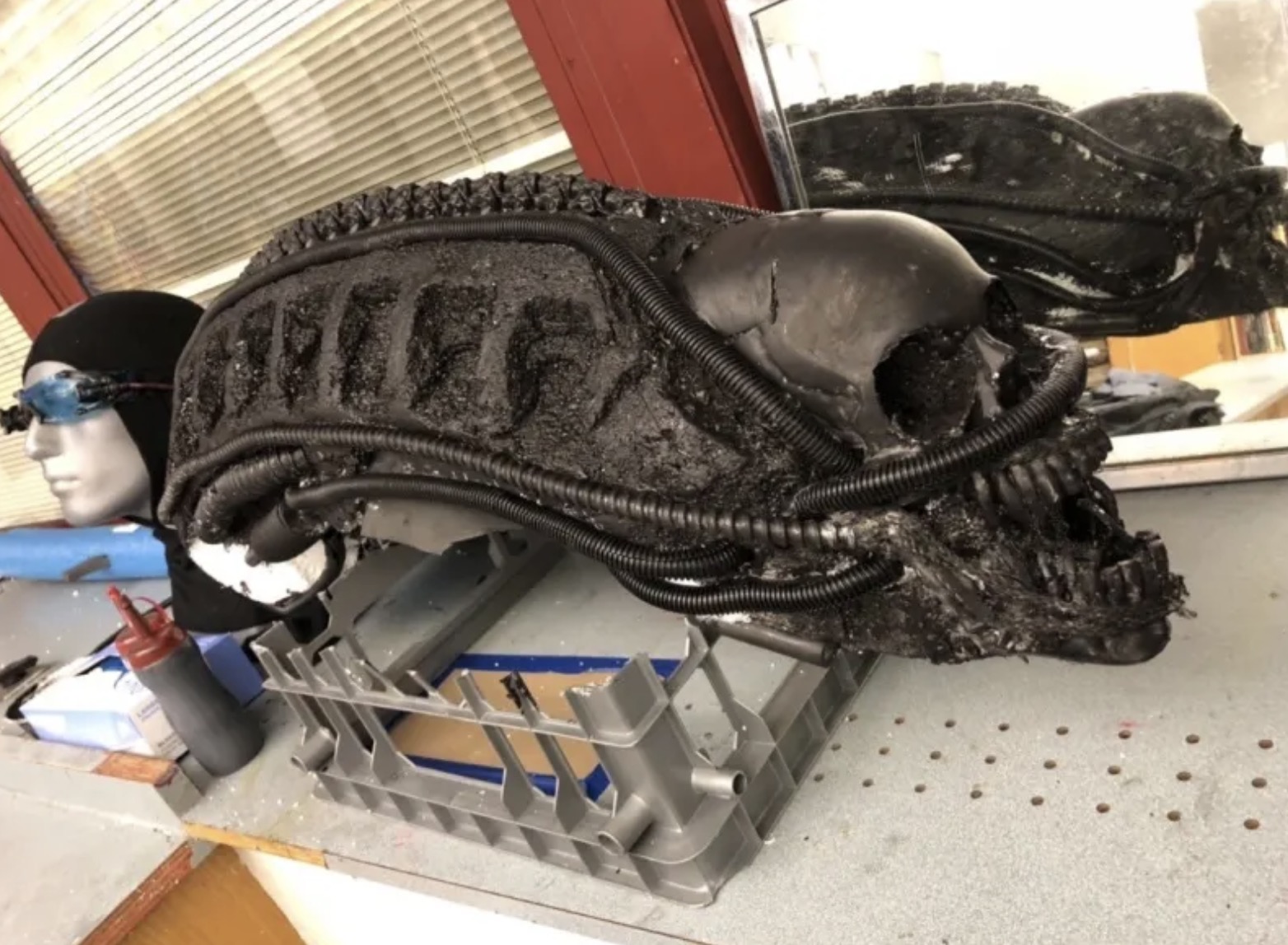 Here’s a fuller look at the Xenomorph suit, which looks just about as good as anything you’d see in Hollywood. 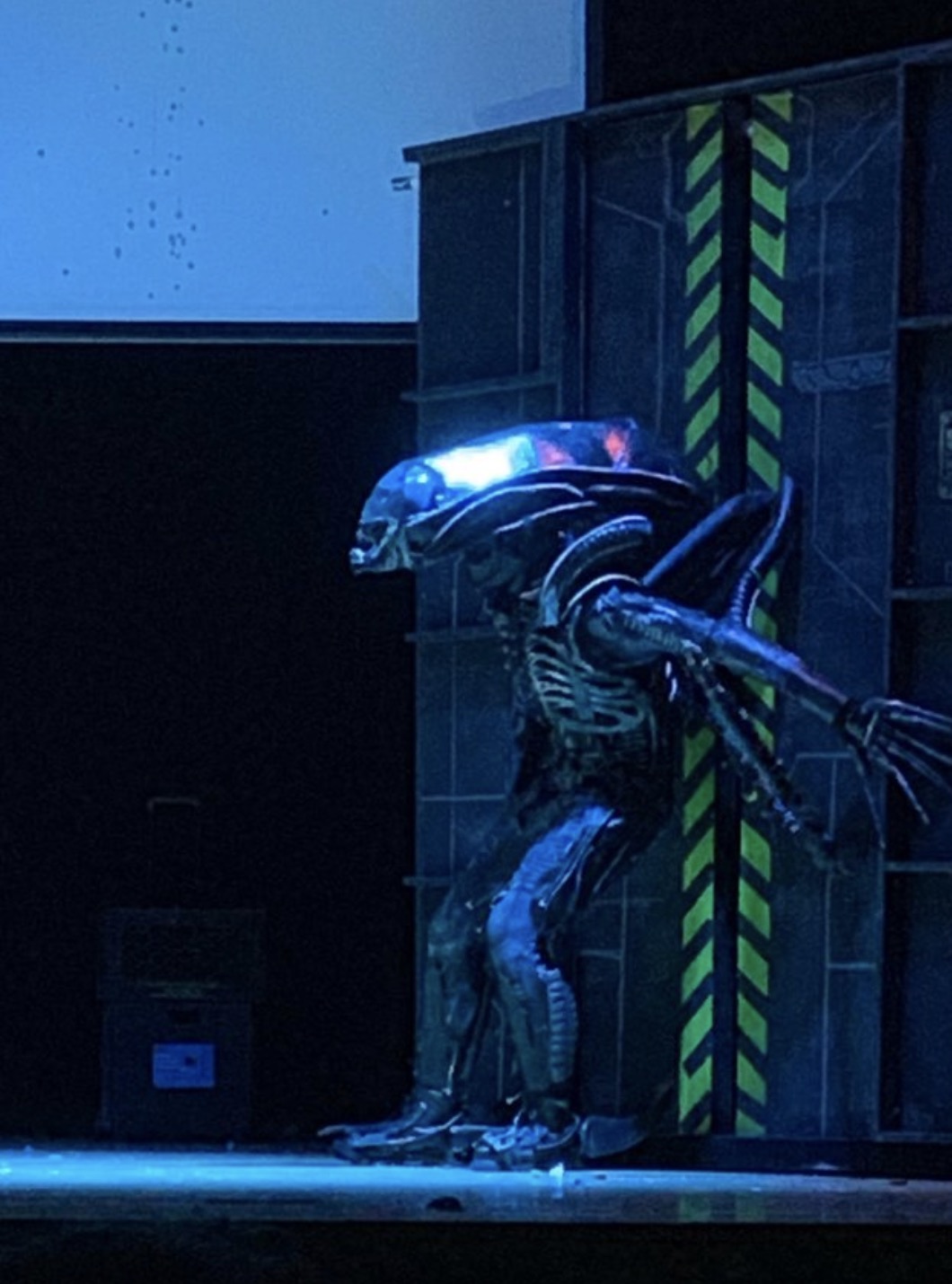 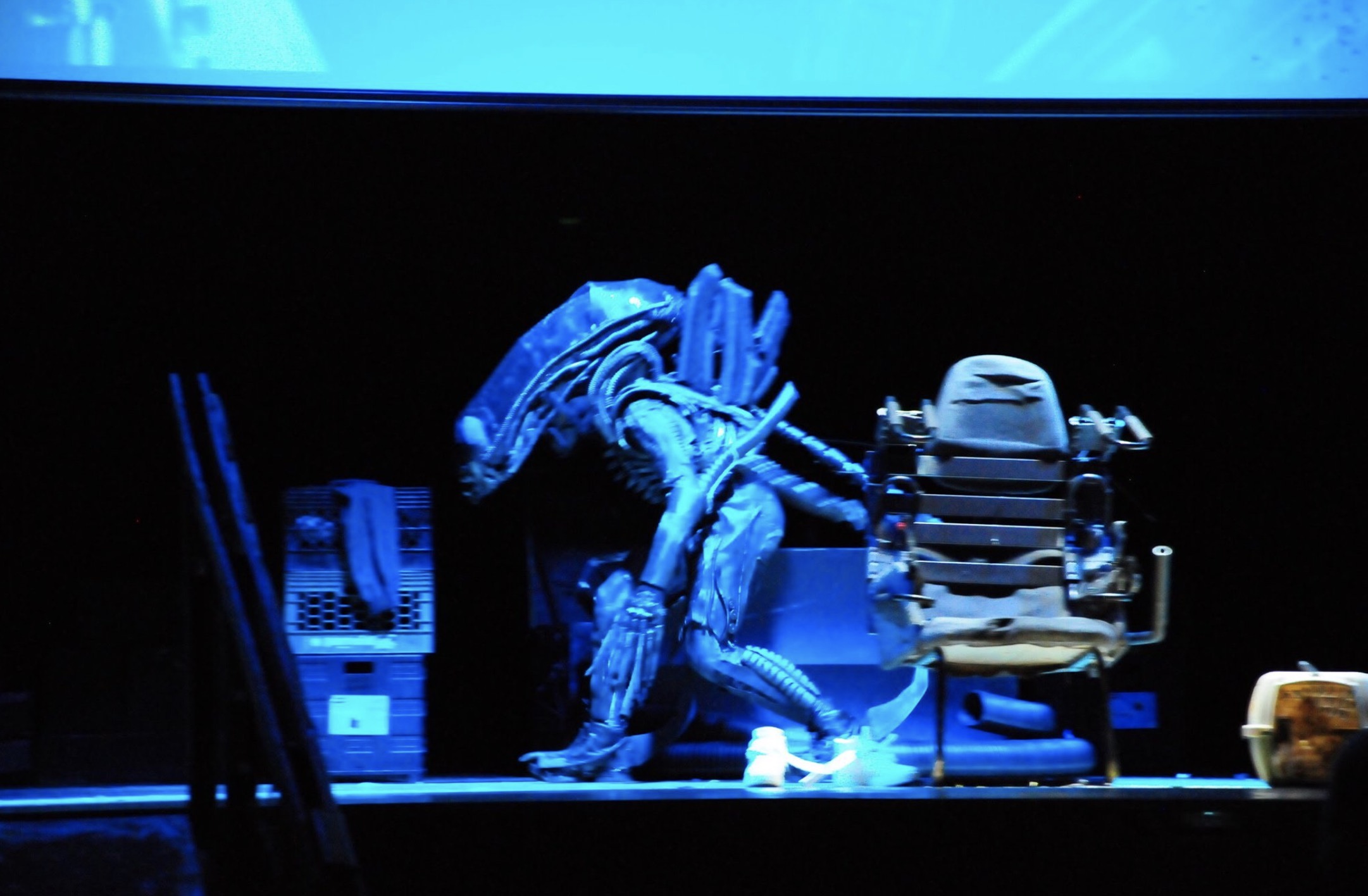 The drama department even filmed a trailer promoting the play and introducing the cast. Fans of Alien will be happy to see that they nailed all the little costume details, from Harry Dean Stanton’s Hawaiian shirt to Yaphet Kotto’s headband.

The play looked great, but the bigger question is, how was it? Does the movie’s tense, claustrophobic feel translate to the stage? The answer was a resounding “yes.”

The big question I had when I first saw this was, would Ridley Scott’s iconic, claustrophobic horror movie translate to the stage? And the answer was a resounding “yes.” When the curtain opened, the audience audibly “gasped” at the set and costumes. And when the menacing xenomorph first appeared, audience members actually screamed.

One parent filmed the play’s “facehugger” scene, when John Hurt’s Kane finds an egg with the Xenomorph’s larval form lurking inside. It’s well worth a watch!

Defendini and the drama department were happy to creep out their audience, but they never expected the play to go attract much attention. But the morning after the final performance, when everyone was cleaning up the auditorium, Defendini’s phone was inundated with interview requests. The play had gone viral, and even Hollywood was talking about it. 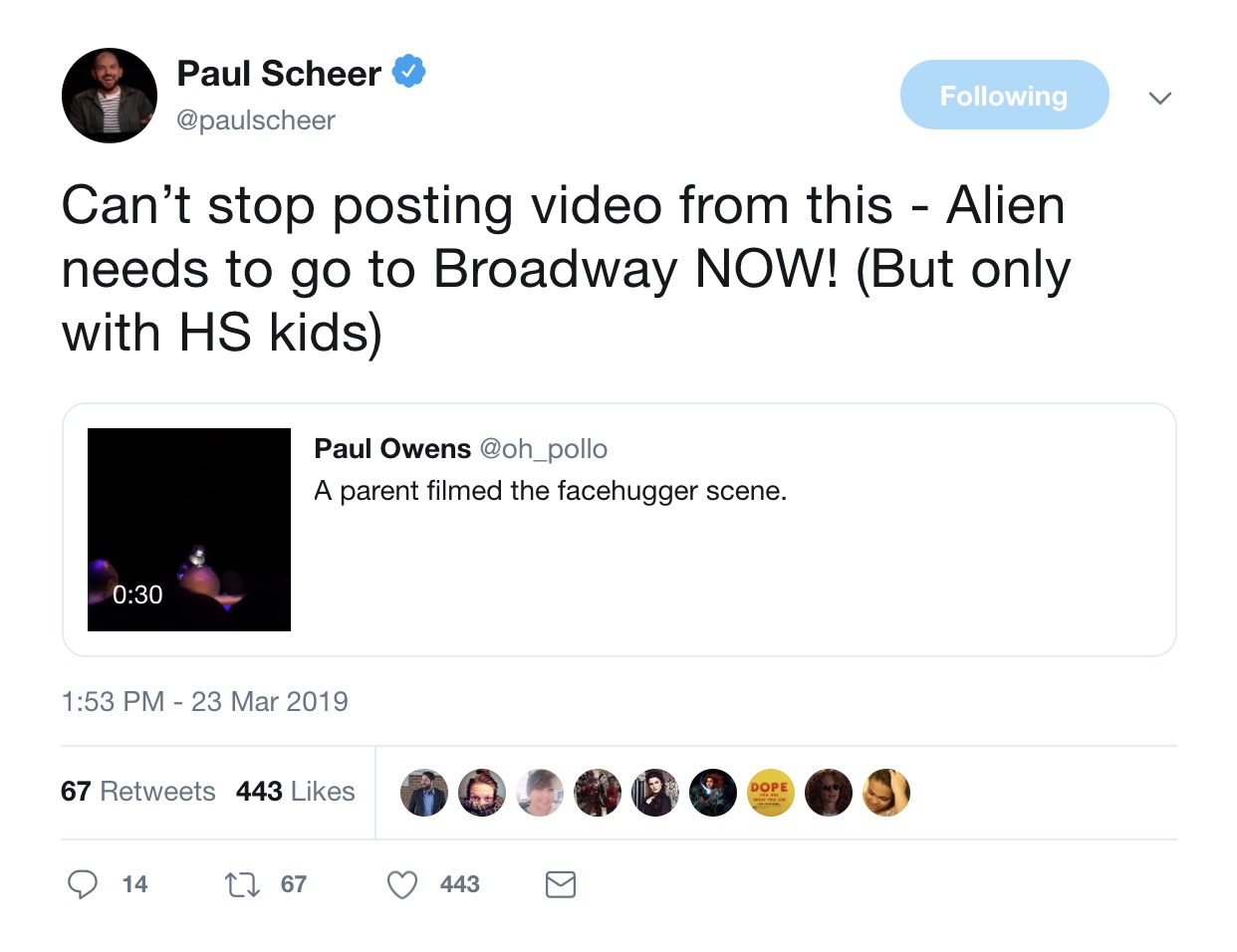 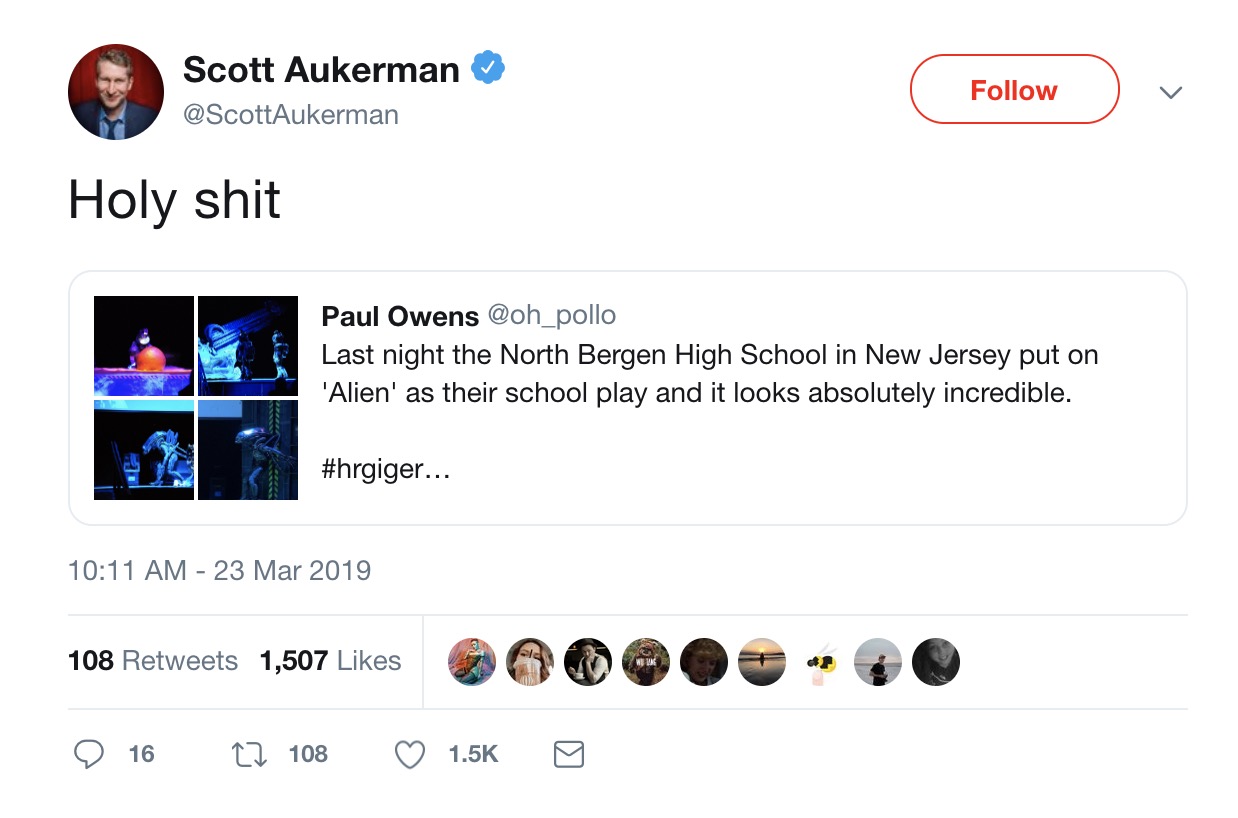 And while the attention surely is nice, Defardini says that’s not why they did it. “Our performance of Alien really shows you can do so much with so little,” he told Buzzfeed. “As long as there is a passion there to do these things, they are possible.”

We can’t wait to see what the ambitious youngsters at North Bergen High School attempt next year. Perhaps a theatrical version of Titanic, with a talking iceberg and a real flood in the auditorium? Aim high, Bruins!