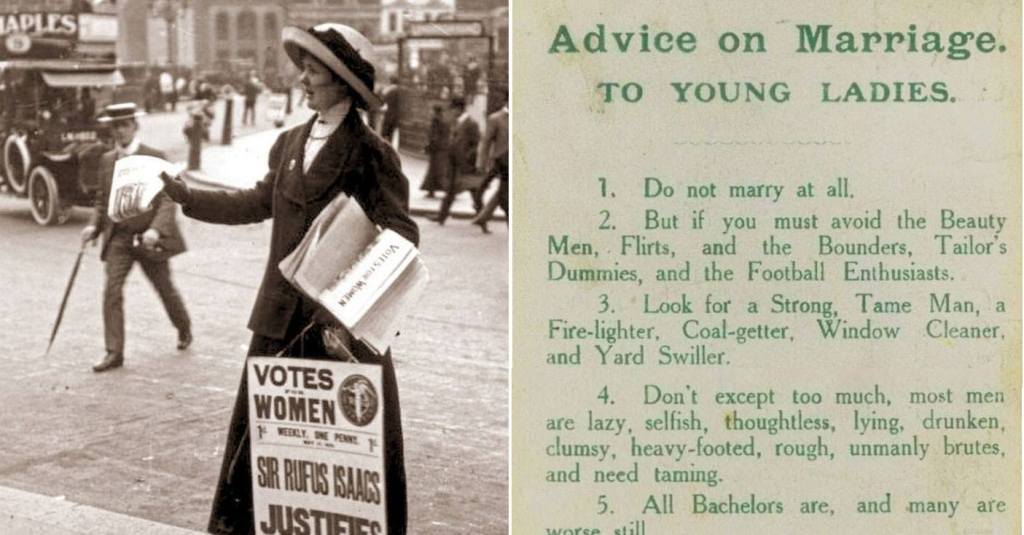 This 1918 Marriage Advice From A Suffragette Is Hilariously On-Point

It’s 2019, and we still haven’t achieved true gender equality. As a result, many institutions like marriage, and our roles within them, are constantly being debated. Which is a good thing! But we still have a long ways to go.

At the same time, we’ve definitely come a long way. Because if you go back only 100 years, people argued over whether we should even be having these conversations at all. So when a pro-suffrage pamphlet can still manage to surprise us in 2019, imagine how shocking it must have been a century ago. It’s just a bonus that besides being shocking, the pamphlet is hilarious.

The pamphlet in question was recently unearthed and put on display at the Pontypridd Museum in Wales. The pamphlet was published in 1918, but by this time the UK suffrage movement had been fighting much earlier than that. The first official suffrage group, the Women’s Suffrage Committee was founded in 1865. The movement gained traction locally across the UK, and eventually two national groups were formed: the National Union of Women’s Suffrage Societies, in 1897, and the Women’s Social and Political Union, in 1903. And it wasn’t until the Representation of the People (Equal Franchise) Act was passed in 1928, that all women could vote in the UK, regardless of property ownership. 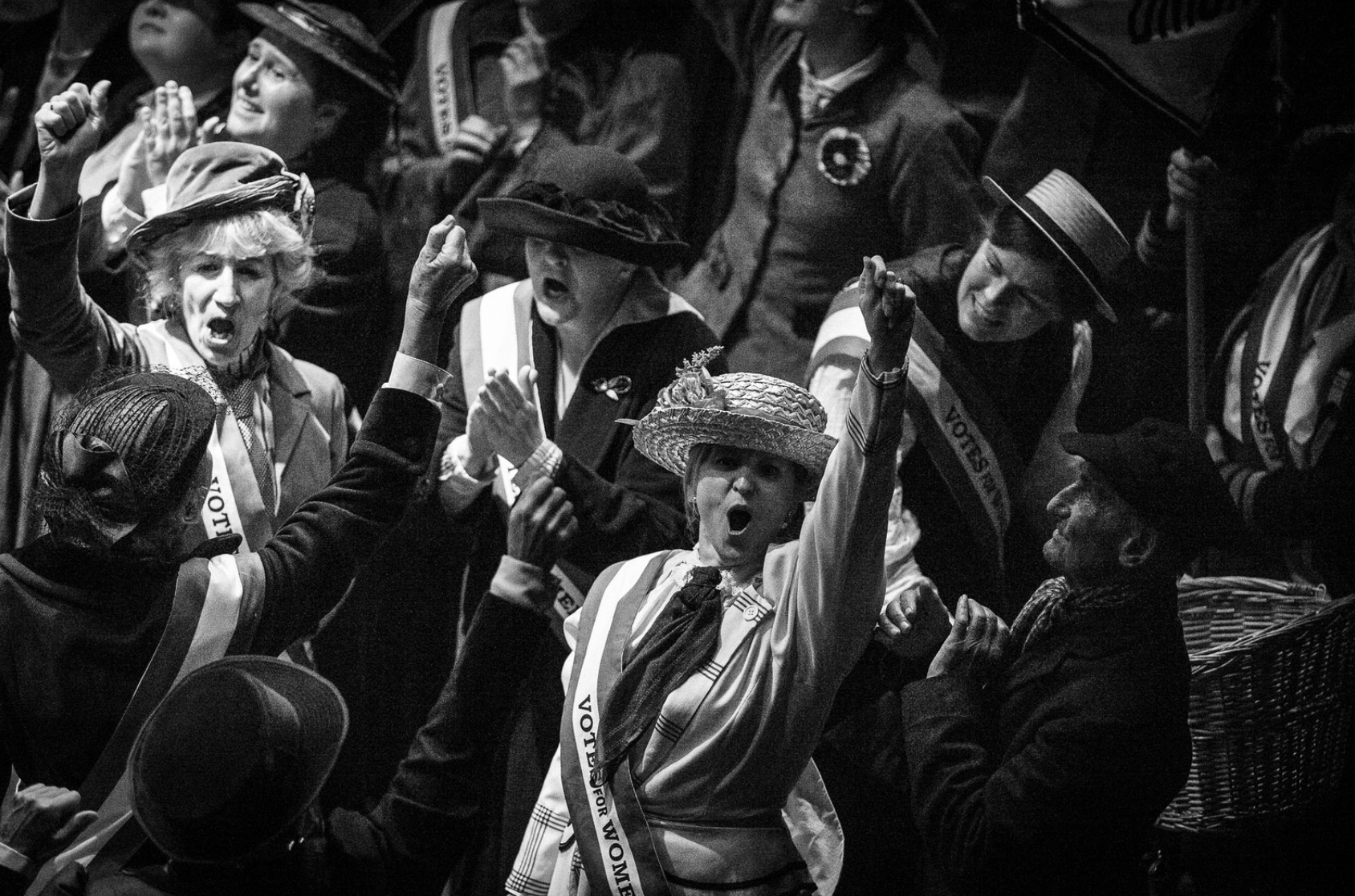 Pamphlets were an important tool in the suffrage movement. Throughout its history, the suffrage movement faced stiff opposition from men–even the word “suffragette” was itself coined by newspapers to mock the “hysterical” agitators and “violent cranks” who they claimed made up the movements. Physically standing on street corners and handing out a pamphlet was one of the best ways to get the message out. Not only were these pamphlets essential, they had to have an “in your face” kind of tone.

Our pamphlet, titled “Advice on Marriage to Young Ladies”, is still transgressive today, but it must have been mind-blowing to read in 1918.

Let’s dive right in with the first tip…

This tip is so good they could’ve stopped at just the one, but luckily for us the had a bunch more.

Like we said, this is still sound advice, even today. If you translate this into 2019 language, here’s what she’s warning you against:

Bounders=Players and/or Pickup Artists (a “bounder” is an archaic British term for someone without honor.)

Tailor’s Dummies=a man with a subscription to GQ or Esquire.

You should avoid all of those people, obviously. But what type of man should you seek? The pamphlet has that covered, too.

Again, this advice is on point! Basically she’s saying, get with a guy who has useful skills and contributes around the house. Since some of these skills are again outdated, I’ll translate once again…

Fire-lighter: still a useful skill to have. You never know when you’re going to get stuck on a deserted island.

Coal-getter: Ehhhh, maybe not so much any more. How about “A guy who always knows where the nearest Tesla charging station is”?

Window Cleaner: Um, if a guy doesn’t know how to clean windows, he should not be in a relationship.

Yard Swiller: Yeah, I have no idea what this one is. One source says a “swiller” is an archaic word for someone who makes baskets. So, yard baskets? Sounds crazy. Others say it’s someone who washes metal. I’m just gonna go with “mows the lawn.”

Yeah, guys are still awful in 2019 so I’m not gonna argue this one.

If you’ve ever been to a bachelor’s apartment, you know this to be true. I used to be a bachelor and I barely got out alive. Instead of keeping pets, my roommates and I used the sink to feed and nurture mold cultures.

It’s a cliche by now to say that the path to a man’s heart goes through his stomach, but for lots of dumb guys it’s definitely true.

You know, I can’t be certain, but I don’t think the pamphlet’s believes men are the most complex of creatures.

And there we go.

The eighth and final tip is a nice callback to #1…

And there you have it. Marriage “advice” that just tells you not to get married. It was just as funny in 1918 as it is today when Patty and Selma say it to Marge Simpson.

Since the pamphlet went viral, people have had a lot to say about it. One person disagreed with the pamphlet’s argument and defended…dogs.

For others, their only regret is not seeing this pamphlet sooner.

And lots of people were grateful for the pamphlet and the women who fought for the vote.

And if you’re still somehow thinking about getting married after reading this, just don’t. Cake just isn’t worth it.