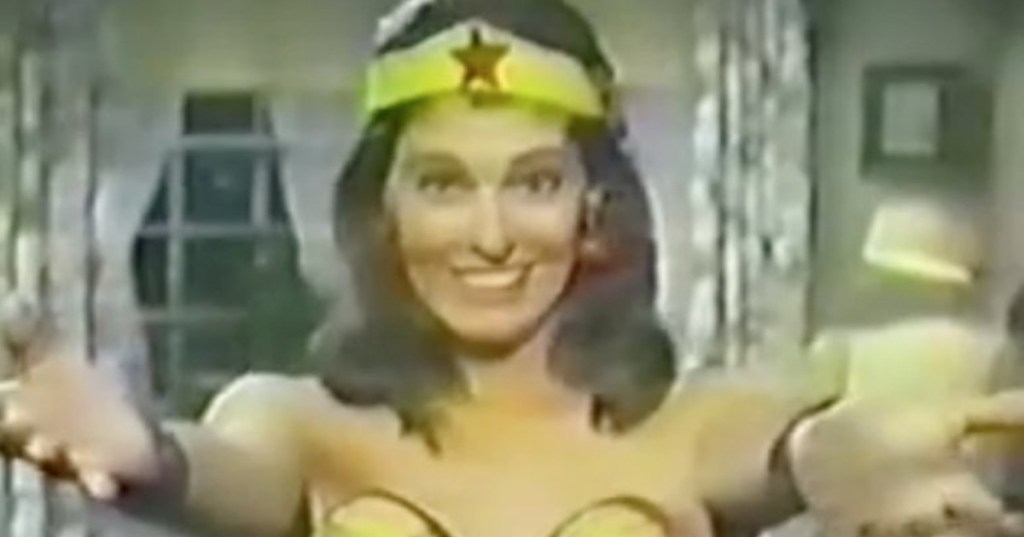 The Unwatchable Wonder Woman Pilot From 1967

Everybody’s thrilled that Wonder Woman conquered the box office with a $103.1 opening weekend, but the process of bringing Wonder Woman to life has been anything but smooth. In fact, the first attempt to bring the DC comics superhero to TV is a so-bad-it’s-good masterpiece. Today, we look back at 1967’s Wonder Woman: Who’s Afraid of Diana Prince?

WW:WAoDP is a five-minute pilot test that tells the thrilling story of Wonder Woman rushing off to save the world, only to be thwarted by…her mom insisting she have dinner first. In other words, your classic superhero story. Ellie Wood Walker stars as Wonder Woman’s alter ego Diana Prince, and Maudie Prickett as Wonder Woman’s overbearing mother. It’s chock full of cringeworthy moments, like:

-Non sequitur dialogue like “It’s so quiet out tonight!”, which Ellie Wood Walker shouts over a deafening lightning storm outside.

-An entire minute of Wonder Woman admiring herself in the mirror. (Once again, the whole video is only FIVE MINUTES LONG!)

-And special effects that a puppet show on public access would be too embarrassed to use. Particularly the “flying” sequence at the end.

You can check out the five-minute pilot presentation here: