The Newest Dumb Viral Trend Is Throwing Cheese On Babies

Babies are inherently trusting. This is because, when a baby is born, she’s entirely dependent on her parents and other adults to meet her every need. This is not to say that babies have it easy. A baby’s life is a constant stream of new sensations, and being a baby must be confusing and exhausting. This is such a basic fact of life that I’m not even going to do my usual half-assed research to back it up.

So, given all of that, how do you think a baby would react if her parent did something to intentionally confuse her? She would…act confused! Everybody understands this. Nobody needs it demonstrated for them. Alas, it’s 2019, the Internet exists, and some of us have way too much time on our hands. And apparently, we also have too much cheese on our hands.

The newest awful viral trend that future generations will condemn us for is called “the #CheeseChallenge.” It involves throwing a slice of cheese onto an unsuspecting baby’s face. That’s it. I wish I had more for you.

Appropriately, the origin of this meme is wrapped up in typical Internet shenanigans. The meme started with Michigan father Charles Amara, who shared a video of himself throwing cheese onto his baby last week. That Tweet didn’t get much attention, not until another Twitter user, @unclehxlmes, reposted it with the caption “Just cheesed my little brother.” In reality, @unclehxlmes has no connection to Amara or the baby.

The repost would rack up over eight million views, becoming far more popular than @unclehxlmes had intended. Realizing he’d brought a ton of attention to an unwilling child, he deleted the video and provided an explanation: 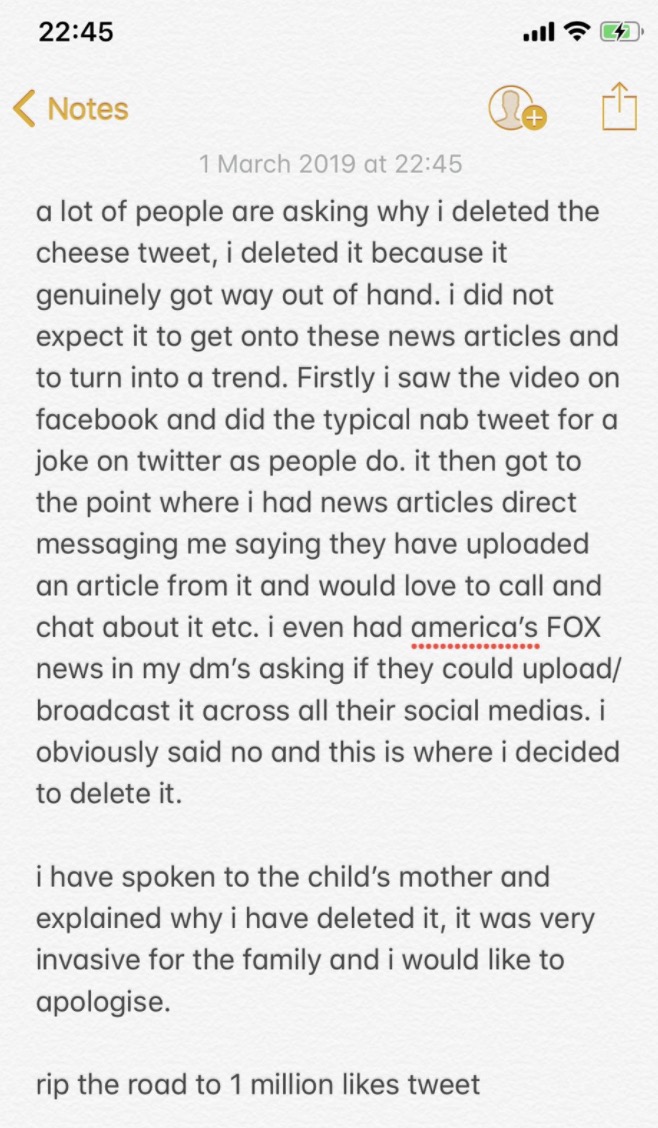 But by then, the genie was out of the bottle, and parents everywhere were participating in the meme. To be fair, a few babies did seem to enjoy having cheese thrown in their face.

But the far more common reaction looked like this:

HAHAHAHAHAHA! Look how confused she is! She’s never had something thrown in her face before, and she didn’t know cheese existed until this very second! Is that…is that how funny works? Help me.

This parent proudly noted that the cheese-flinging stopped the baby’s crying. Which is great, because there’s literally no other way to calm down a crying baby.

This little dude was just waking up from a nap.

This tiny fellow developed his very first trust issue! Put it in the baby book!

And this lil’ guy found the perfect way to stop the Cheese Challenge once and for all: by eating it.

So the cheese challenge was definitely a fail for Maxon. He is 100% all his dad ? #cheesechallenge pic.twitter.com/8L7TMWT5BZ

Pretty much from the moment the meme gained traction, it also received backlash from parents. Reactions ranged from “That wasn’t funny” to “Is this bad for the baby?”

Soon, social media celebrities like Chrissy Teigen weighed in. They weren’t having it. 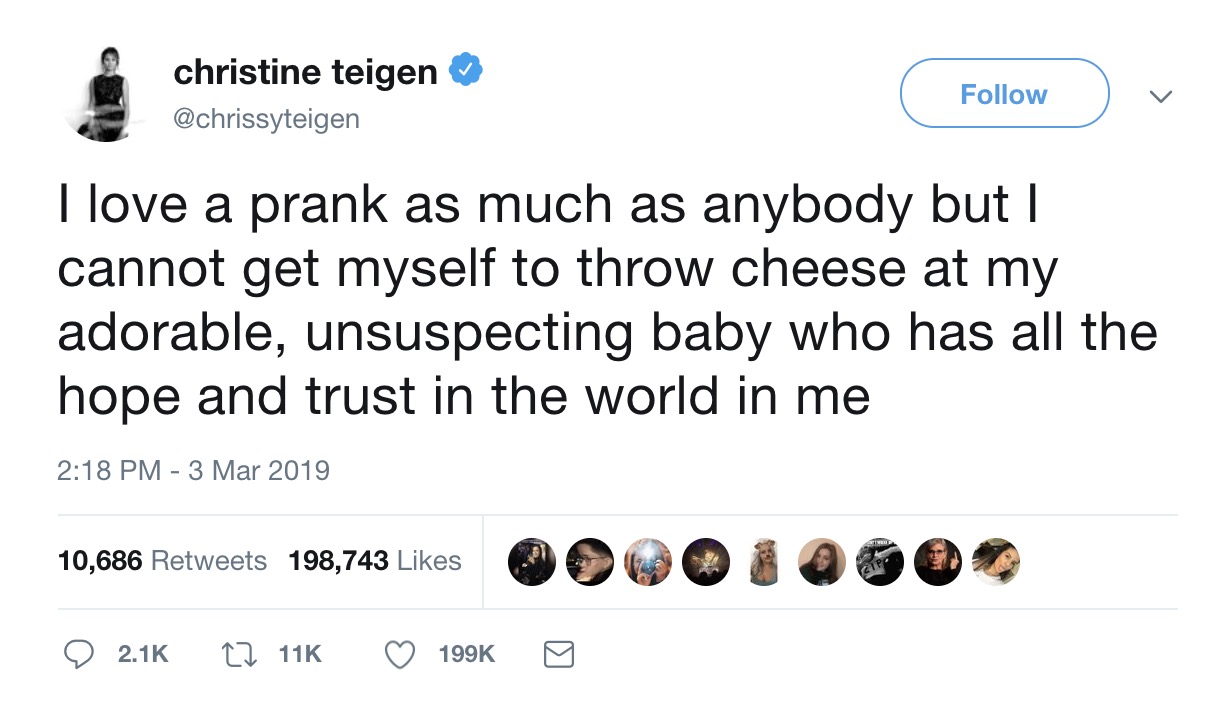 Boy, when Chrissy Teigen is your moral center, you know you’re doing great as a species.

The folks over at Inside Edition even asked an actual expert, pediatrician Dr. Dyan Hes of Gramercy Pediatrics, if cheese-throwing is good for babies.

“I think that the baby will really be startled and worried that it’s going to happen again and again and again, and that might make the baby nervous or fearful,” she said. “Why would you want to do that to a baby?”

You heard it from the pros: don’t throw a slice of cheese on your baby, or any baby. Or if you do, don’t be surprised when, 40 years from now, your adult child visits you in the retirement home and dumps a pot of fondue on your head.