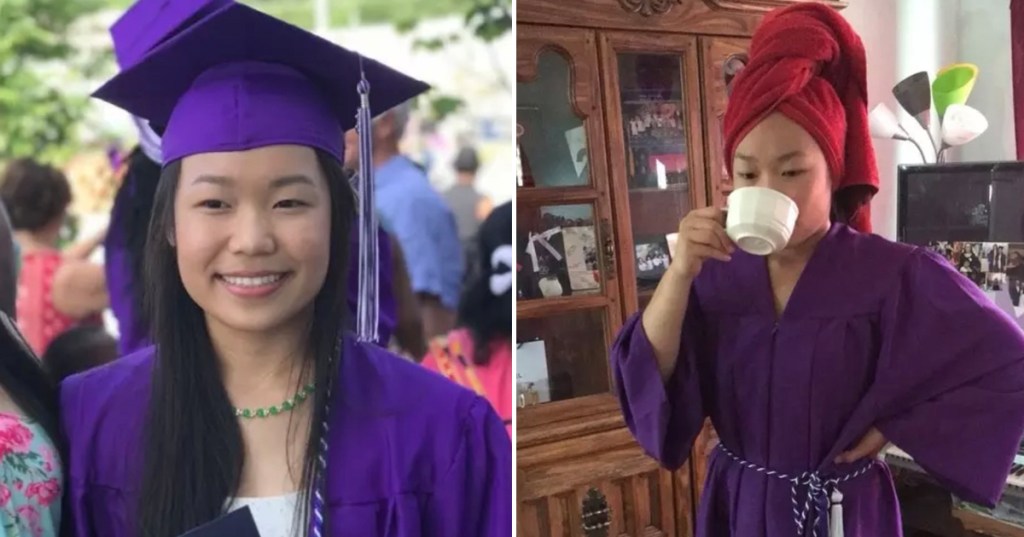 High school graduation is an exciting time, but it’s also an expensive one. First, you’ve got to buy, (or rent, if you’re lucky), the cap and gown, a garment you will wear exactly once. Then there are any other graduation-related expenses–a yearbook, a class ring, a party, and gifts for everyone else’s party. You’ve probably recently plunked down a chunk of change for prom, also. And on top of all that, college tuition bills loom on the horizon. When you add it all up, you’re getting ripped off.

So that’s why recent high school grad Wah Paw Bweh of Omaha, Nebraska decided to get a little more bang for her buck–by repurposing her grad gown into a bathrobe.

It started when Bweh waited ’til the last minute to buy her cap and gown. “I was too lazy to order it [early] and it was just too much money,” she told Buzzfeed. With no other choice, She grudgingly paid the $59 price tag, attended the ceremony, and received her diploma. 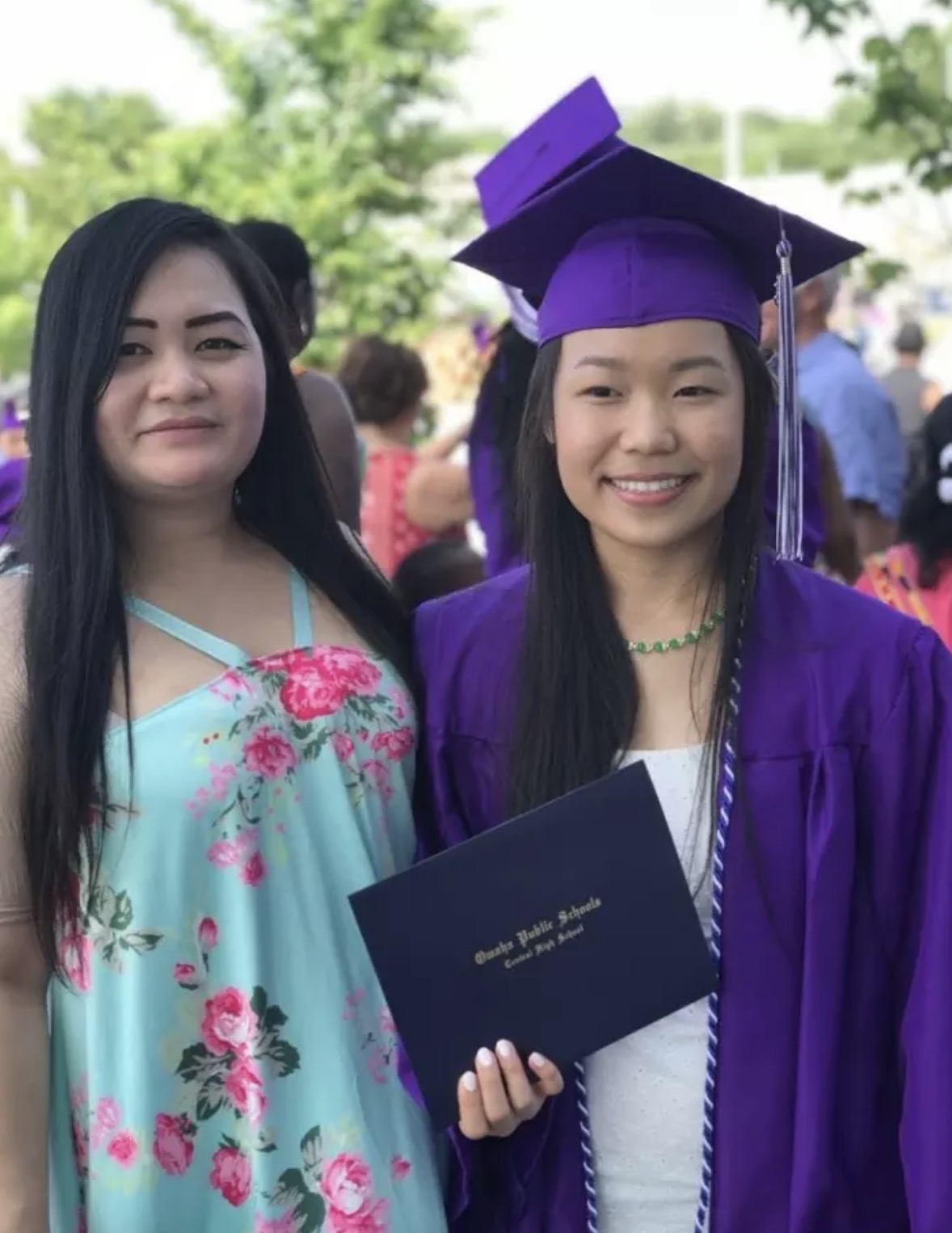 Weeks later, Bweh got out of the shower and realized her usual bathrobe was in the wash. With her graduation gown still hanging up in her room, she decided to see how it would fare as a substitute. She tweeted a picture of herself enjoying a post-shower coffee in the gown, along with the caption, “I didn’t pay $59 to only wear it once.” 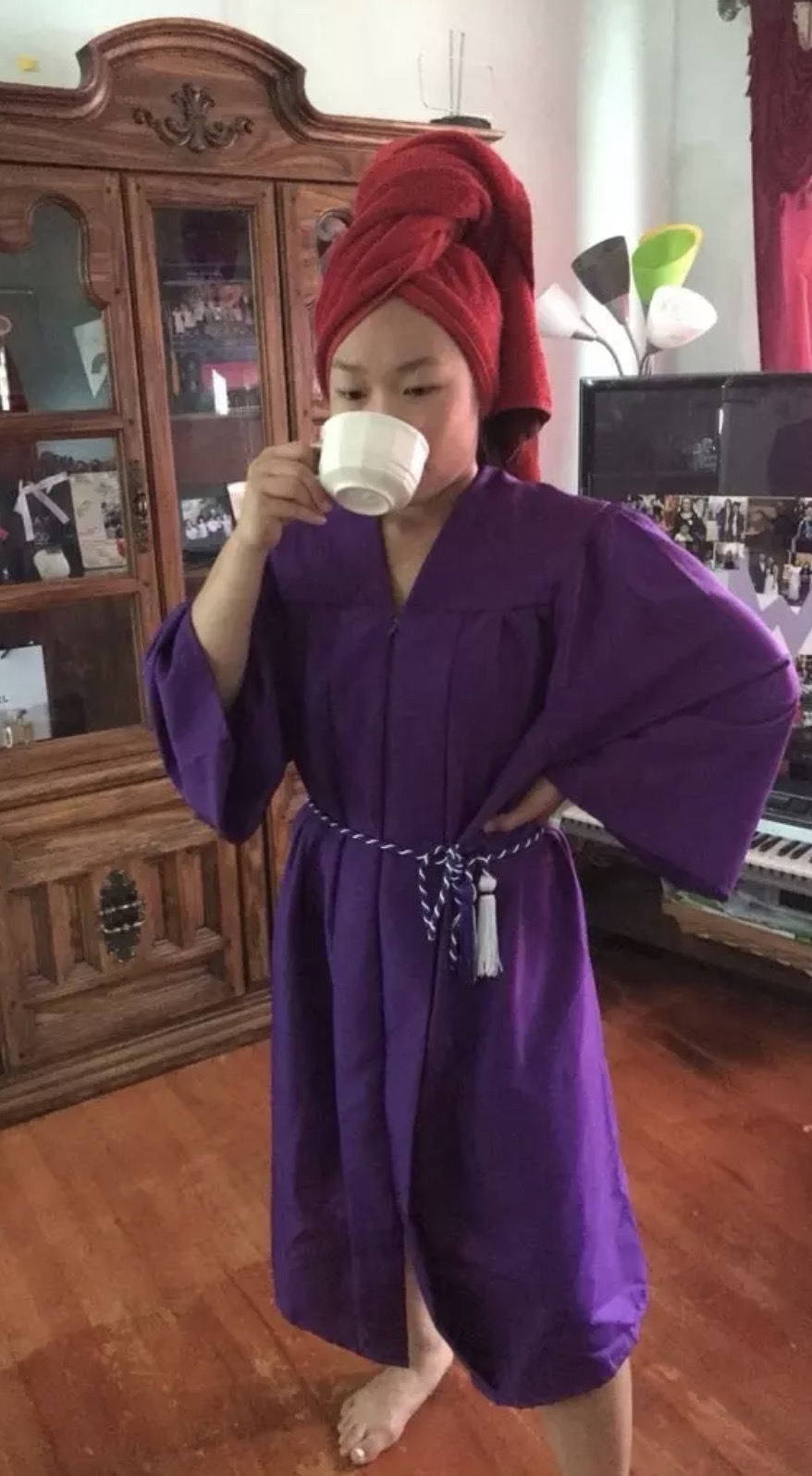 The Tweet promptly went viral, racking up over 200k. Lots of recent grads found a new hero in Bweh. 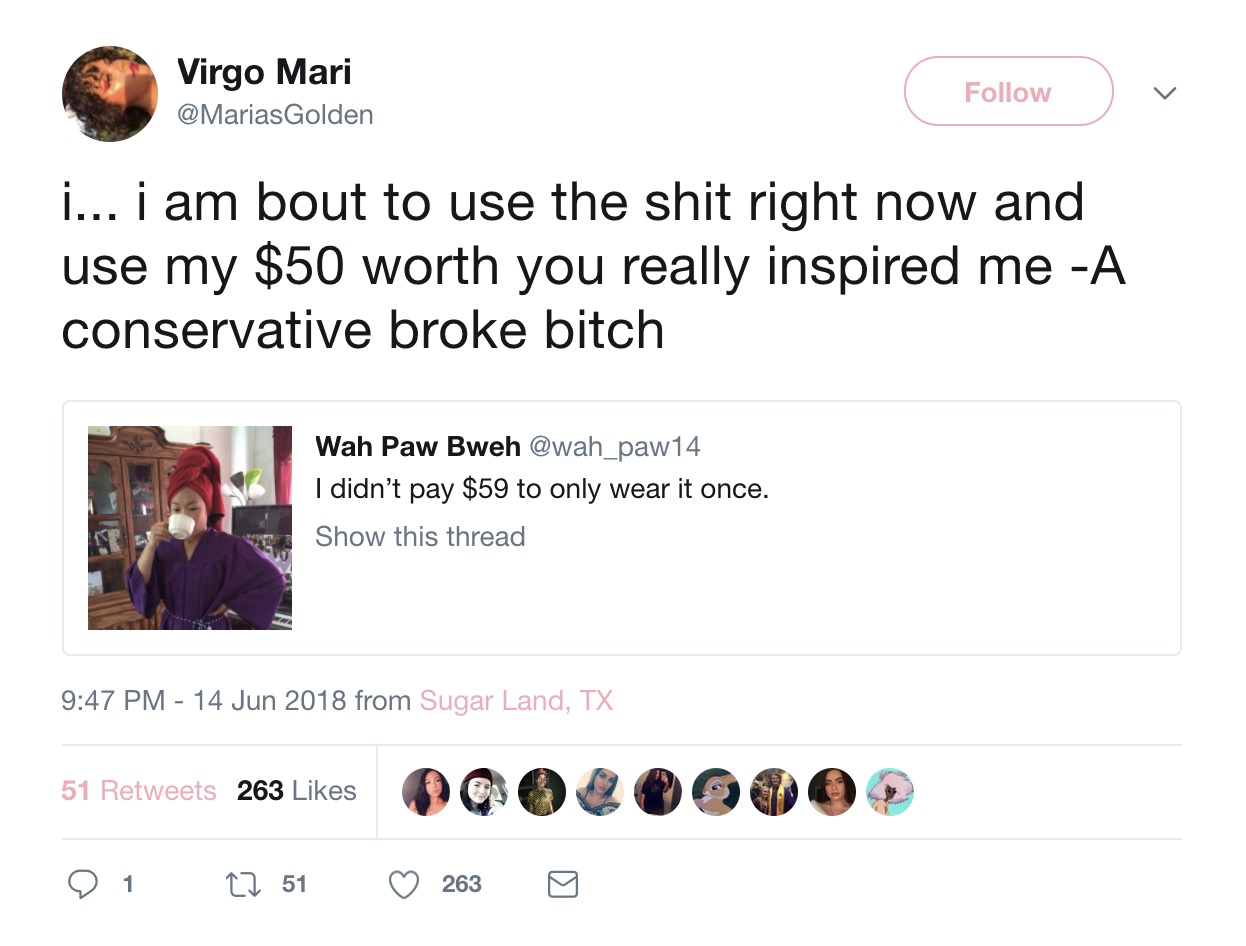 Some folks were inspired to reuse their own grad gowns. 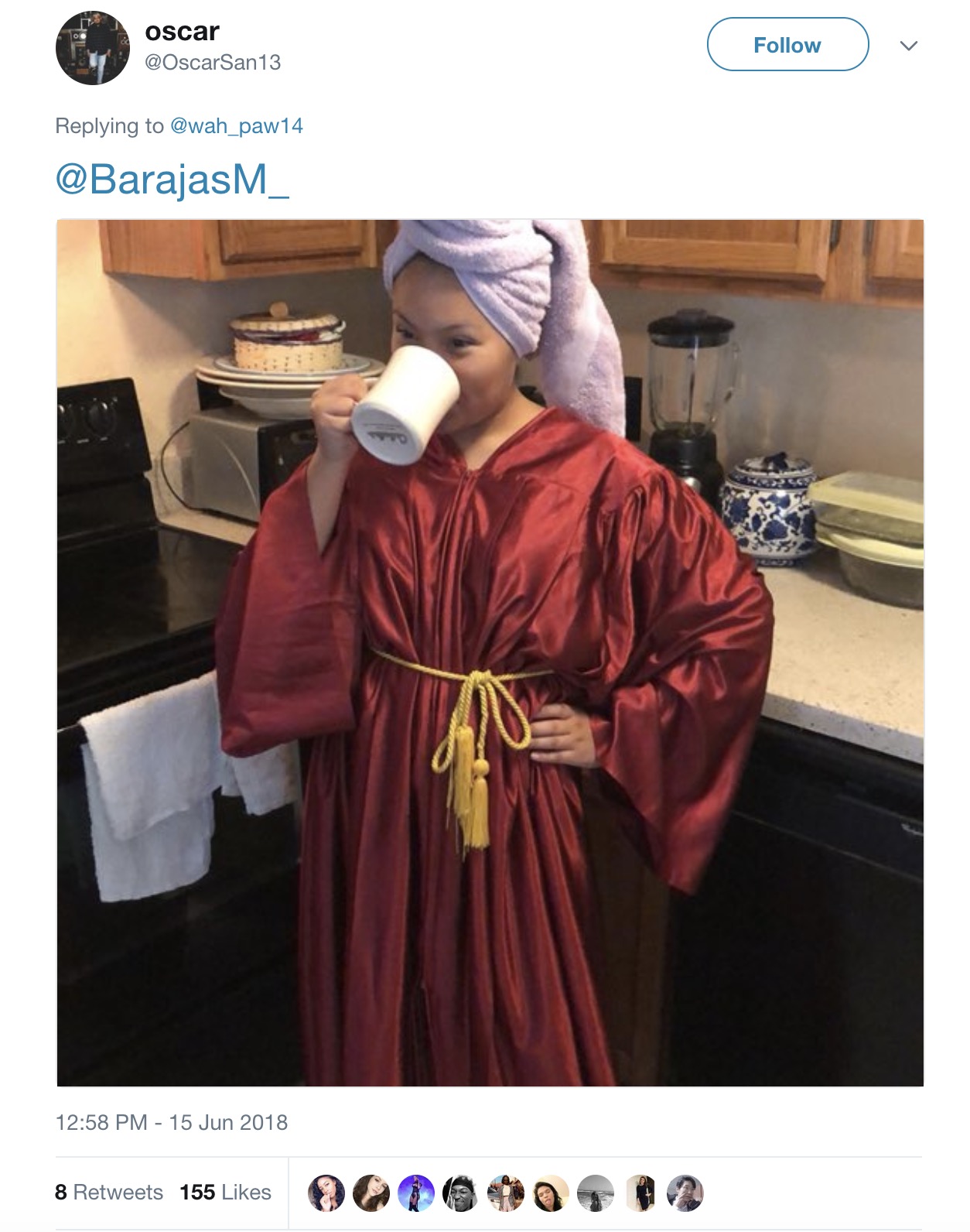 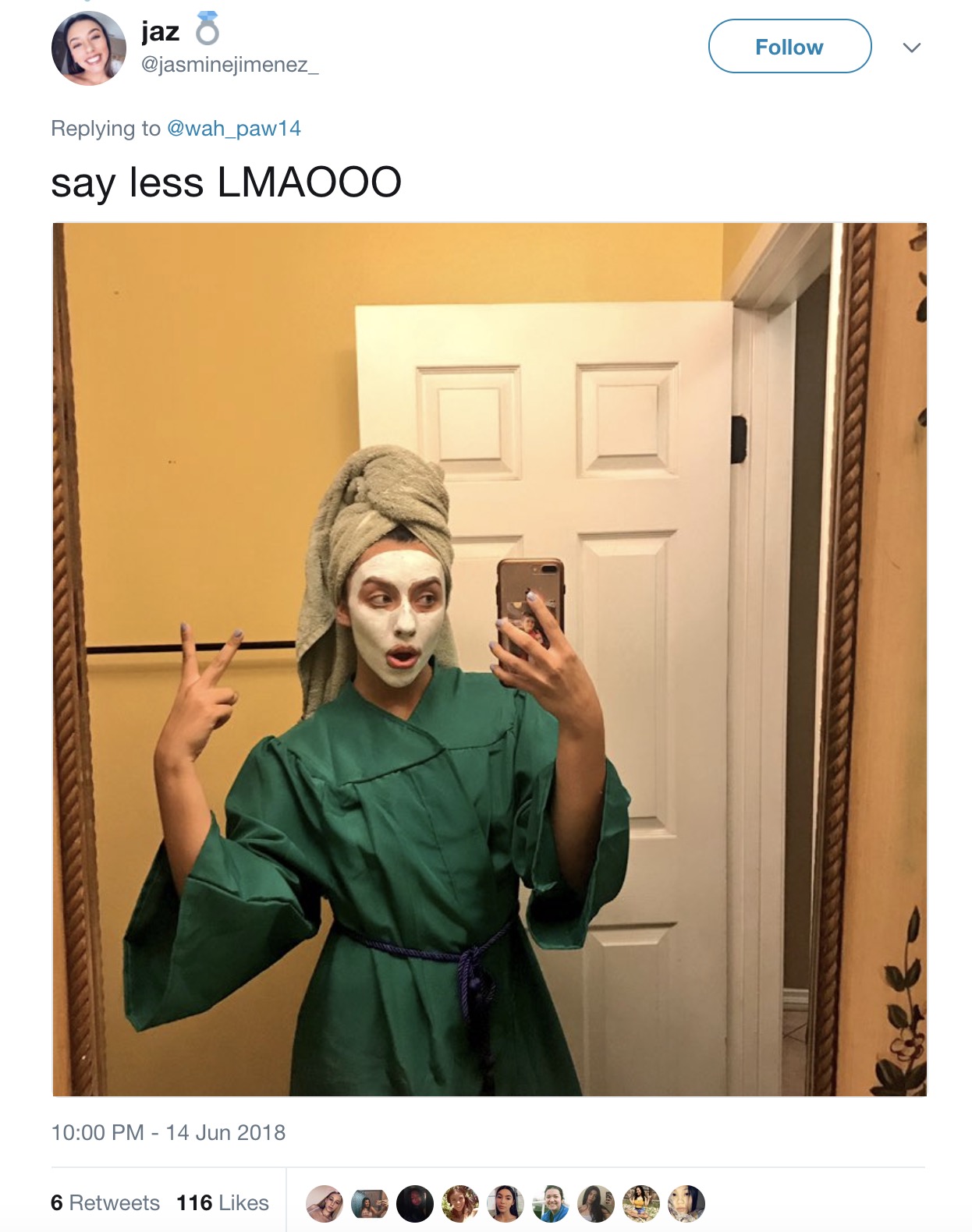 Others just wanted to complain about how they’d been ripped off. 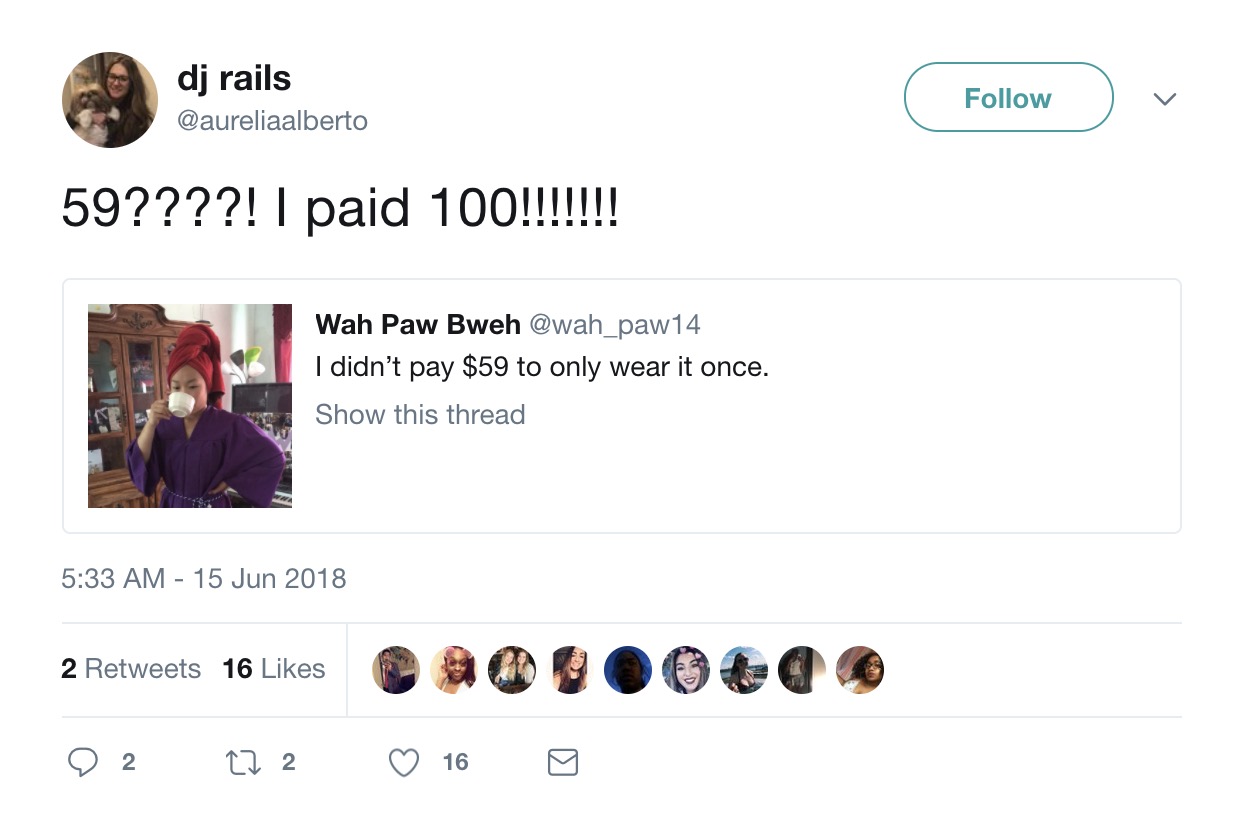 One person had an even more inventive reuse for their grad gown.

Enough people loved Bweh’s idea that it’s possible recycled graduation gowns become a trendy new look. And why not? They actually make a pretty good garment. They’re loose and flowy, allowing for freedom of movement. They much easier to put on and remove than regular clothes. And best of all, you can be completely naked underneath and nobody would even know.