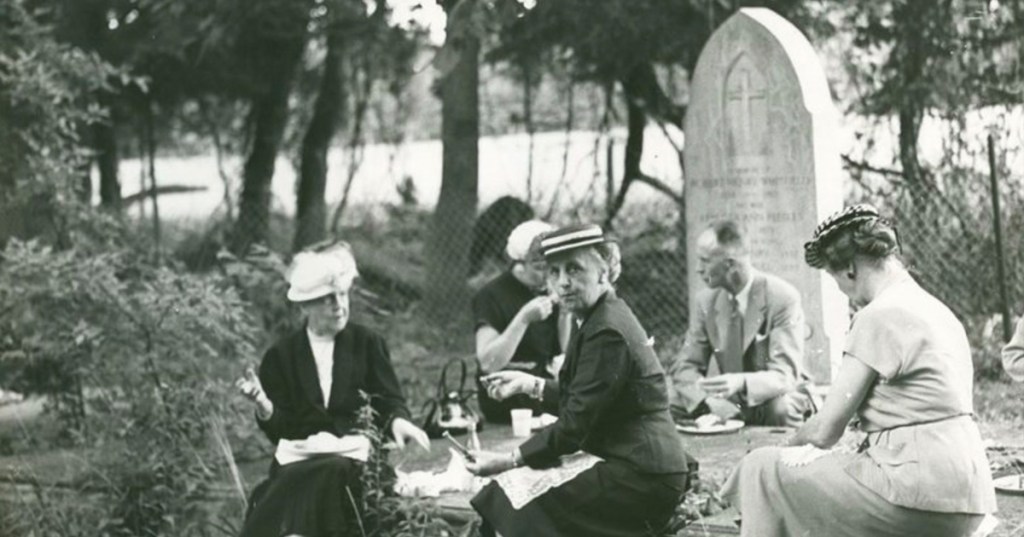 In The Early 1900’s, America’s Favorite Pastime Was Hanging Out In Cemeteries

Most of us probably don’t spend time in a graveyard unless we really have to. At best, we think of a graveyard as the final resting place of our loved ones, somewhere to visit ands reflect, without staying too long. At worst, it’s ground zero for ghosts, vampires, and the beginning of the zombie apocalypse. But if you were alive in the 19th century, chances are you’d think of the cemetery as one of the hippest meeting places in town.

For much of the 19th and early 20th century, Americans flocked to cemeteries to engage in various leisure activities, from picnicking to strolling to holding carriage races.

The reason? Because at the time, there was nowhere else available. 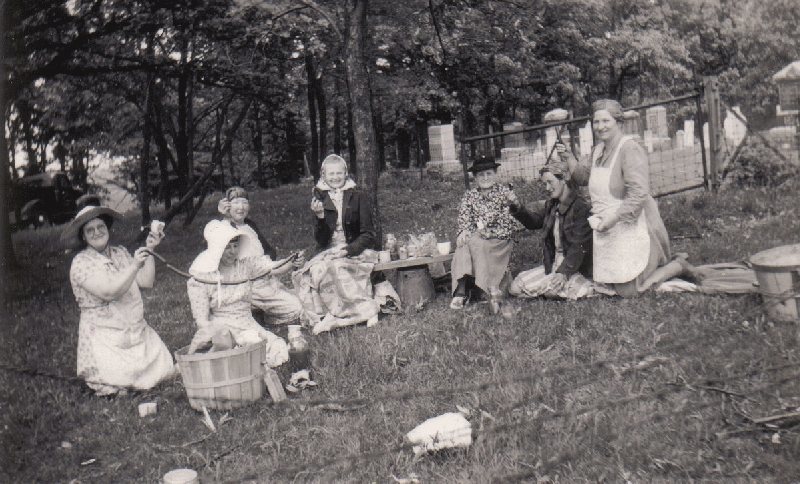 Before the 1830’s, Americans typically buried their dead in a church graveyard, or possibly near their own home–but they didn’t have large plots of land dedicated to burial, like our cemeteries today. A church graveyard was often a small plot of land adjacent to a church, and after several generations, they were beginning to fill up. In some graveyards, coffins were buried five or six deep. When a heavy rain would fall the resulting flood would bring freshly buried coffins to the surface, sometimes even breaking them open and spilling their contents.

Then there were the epidemics. Throughout the 19th century America was ravaged by diseases like cholera and yellow fever. As graveyards filled up with diseased victims, people began to view them as vectors for spreading illnesses.

There needed to be distinct areas for burying the dead that were far enough away from city centers. And in 1831, the Mount Auburn Cemetery was built in Cambridge, Massachusetts. It was the first modern cemetery as we think of them. 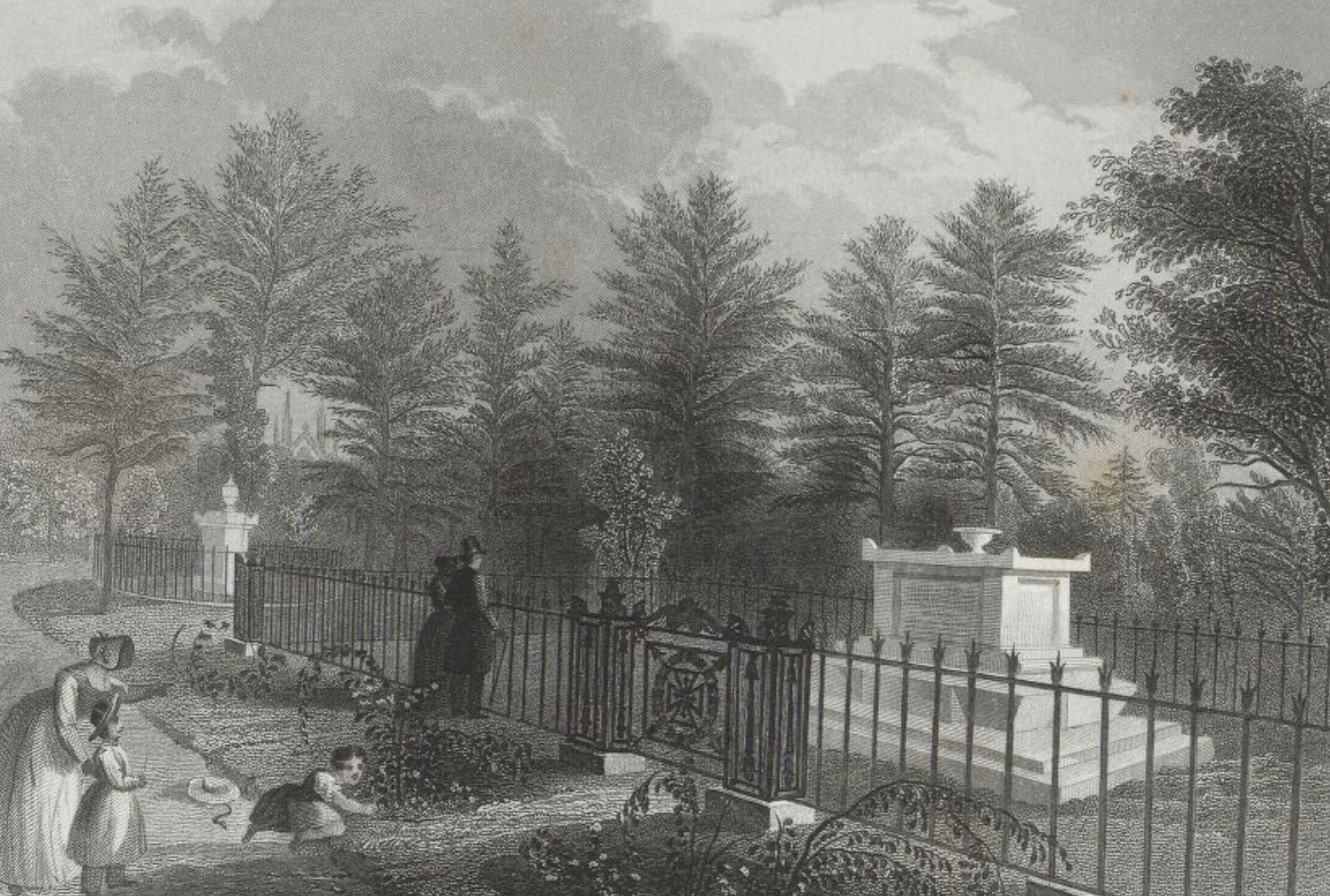 Mt. Auburn is also considered one of America’s first public parks. It was built by Dr. Jacob Bigelow, a Harvard professor who recognized the danger of overcrowded urban burial grounds. But Dr. Bigelow was much more than a medical professional. He was also a botanist, engineer, and author. He envisioned the Mt. Auburn as more than a simple burying ground. It would also be a place where city-dwellers could escape the frenetic pace of their everyday lives and experience nature. Eventually, Mt. Auburn became a popular destination, offering guidebooks that showed walking routes and highlighted notable grave monuments.

The creation of Mt. Auburn led to the “rural cemeteries” movement,” when cities began building large burial areas that were also suitable for public enjoyment. Philadelphia’s Laurel Hill Cemetery (1836), and Brooklyn’s Green-Wood Cemetery (1838), were two notable cemeteries from the era. 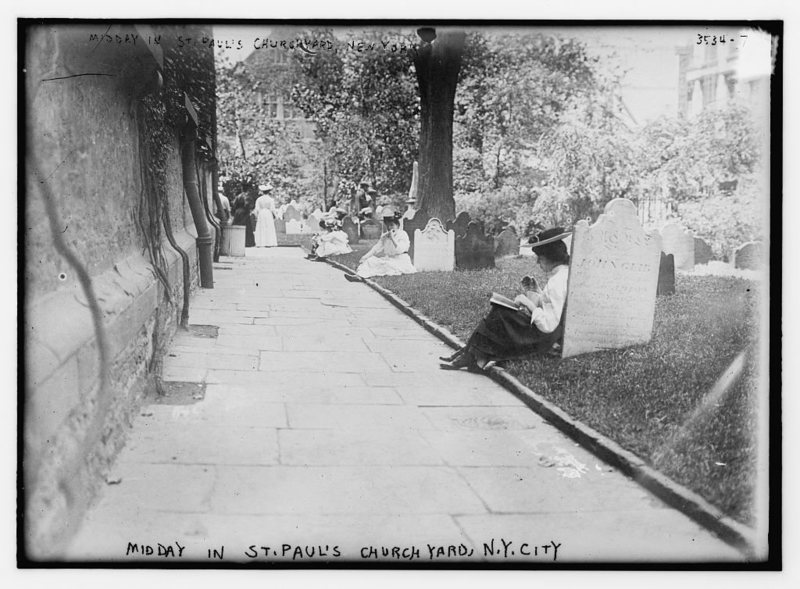 With no public park alternatives, cemeteries became the most popular place to relax. Newspapers and photographs from the 19th and early 20th centuries make repeated references to cemeteries as popular picnic spots. This photo shows Dayton, Ohio’s Woodland Cemetery looking about as crowded as a beach on Memorial Day Weekend. 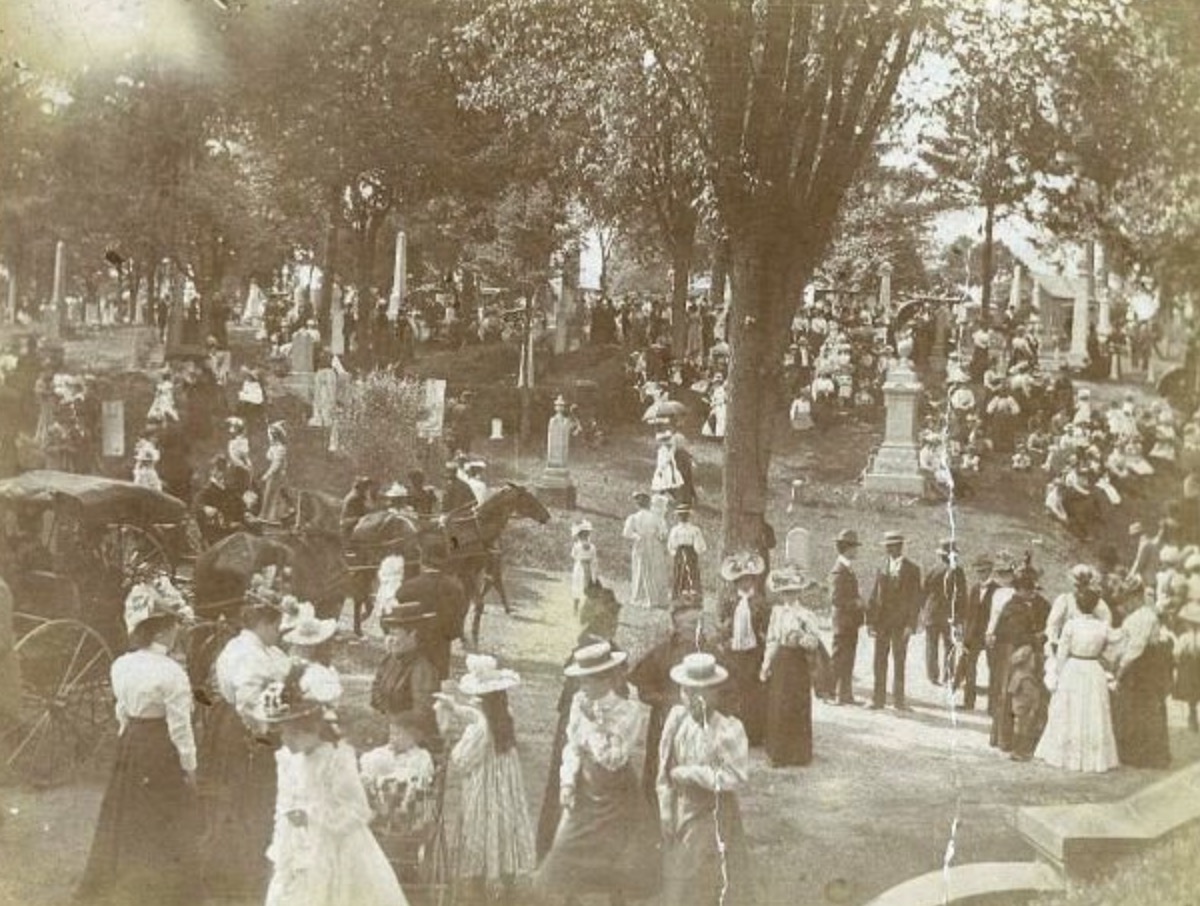 One Denver newspaper reporter writing for The Conservative complained that cemetery picnics were so common that the resulting litter was becoming a nuisance, writing that “Thousands strew the grounds with sardine cans, beer bottles, and lunch boxes.”

Despite all the fun people were having, cemeteries were still cemeteries, and people did still use them to feel closer to their departed loved ones. In an 1885 issue of the Grand Rapids Morning Telegram, a carriage driver recalled taking a family to a cemetery on Thanksgiving so they could enjoy the meal with their departed father. “We are going to keep Thanksgivin’ with our father as [though he] was live and hearty this day last year,” the driver’s passenger explained. “We’ve brought somethin’ to eat and a spirit-lamp to boil coffee.” 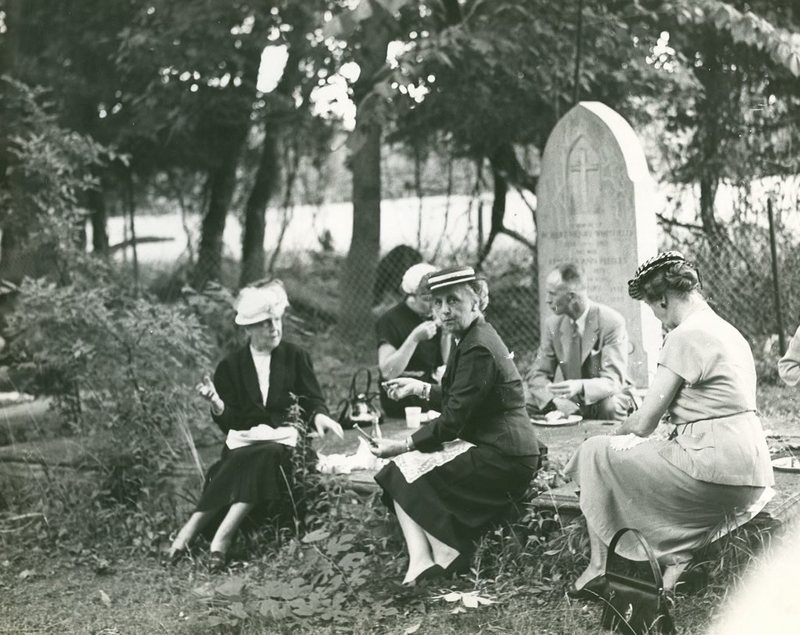 As the 20th century went on, more and more public parks without cemeteries were built and the cemetery picnic became less and less popular. Today, many cemeteries ban picknicking entirely, like the Hollywood Cemetery in Richmond, VA. Others permit it only on specific days, like the Mount Holly Cemetery in Little Rock, Arkansas. Right here in Los Angeles, the Hollywood Forever Cemetery offers movie screenings and concerts every weekend. I’ve been many times. You practically forget you’re surrounded by graves!

So the next time you want to head to your local park for some sunbathing, you might want to consider your local cemetery instead. It’s just as good as a regular part, and a lot less crowded. (If you only count the living.)