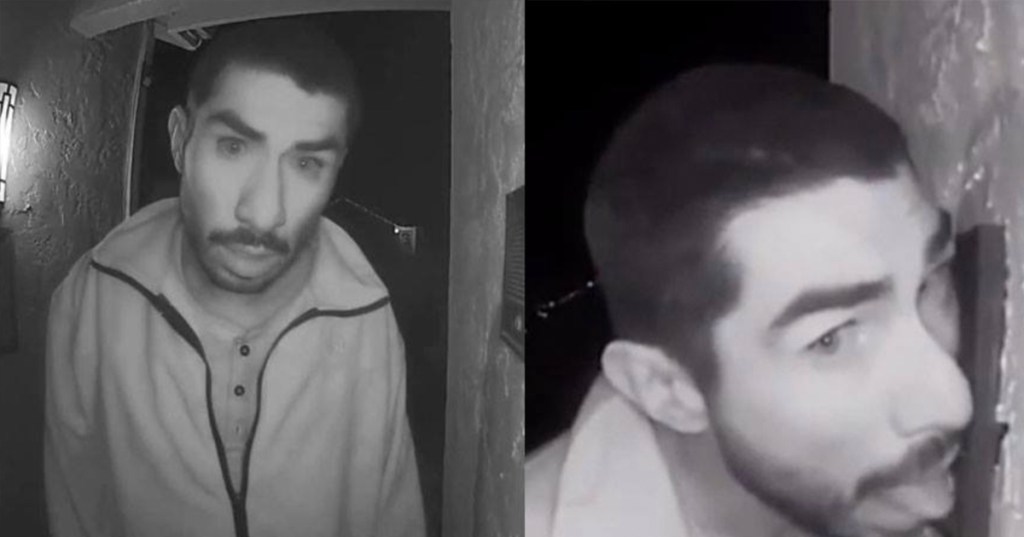 Dear god, where do we even start with this one?

When you install a security camera to protect your home, you hope you’ll never need to use it. By installing a camera, you’re accepting that something might happen one day. You know there’s a chance, however small, that you’ll catch a prowler. Or maybe just a raccoon.

This past weekend, the family’s security system alerted them to “unusual activity.” (Understatement of the year, and it’s only the second week of January.) When they checked the footage, they discovered that a man had been licking their doorbell. That’s right. Licking their doorbell. 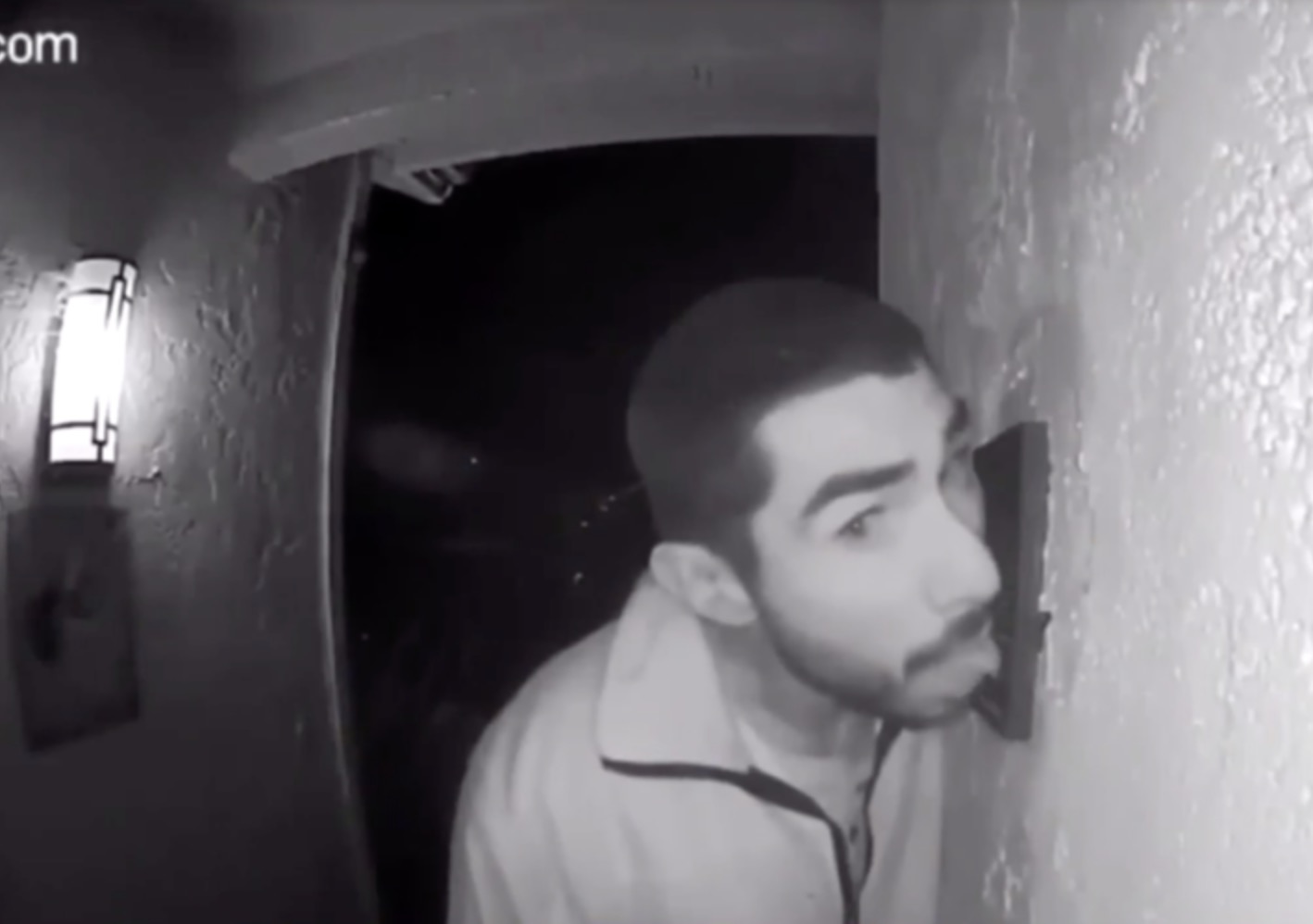 The footage also showed the man urinating on the front lawn, and stealing an extension cord that he soon discarded nearby. But who cares about any of that? Yes there’s a video and yes we’re sorry.

-The man approaches the Dungans’ front door, looking directly into the camera–meaning he was fully aware he was being recorded, and could not have cared less.

-He turns to the doorbell and begins licking, in a circular motion, with no hesitation. Still looking into the camera.

-After a few seconds, the man gives his full attention to his task, closing his eyes as the rhythmic licking lulls him into a state of bliss you or I cannot imagine.

-Finally, he turns away so the camera can’t see the licking any more, as if to say, “This doorbell and I are in love, world, and you’ll never understand!”

-The video continues for another 179 minutes. 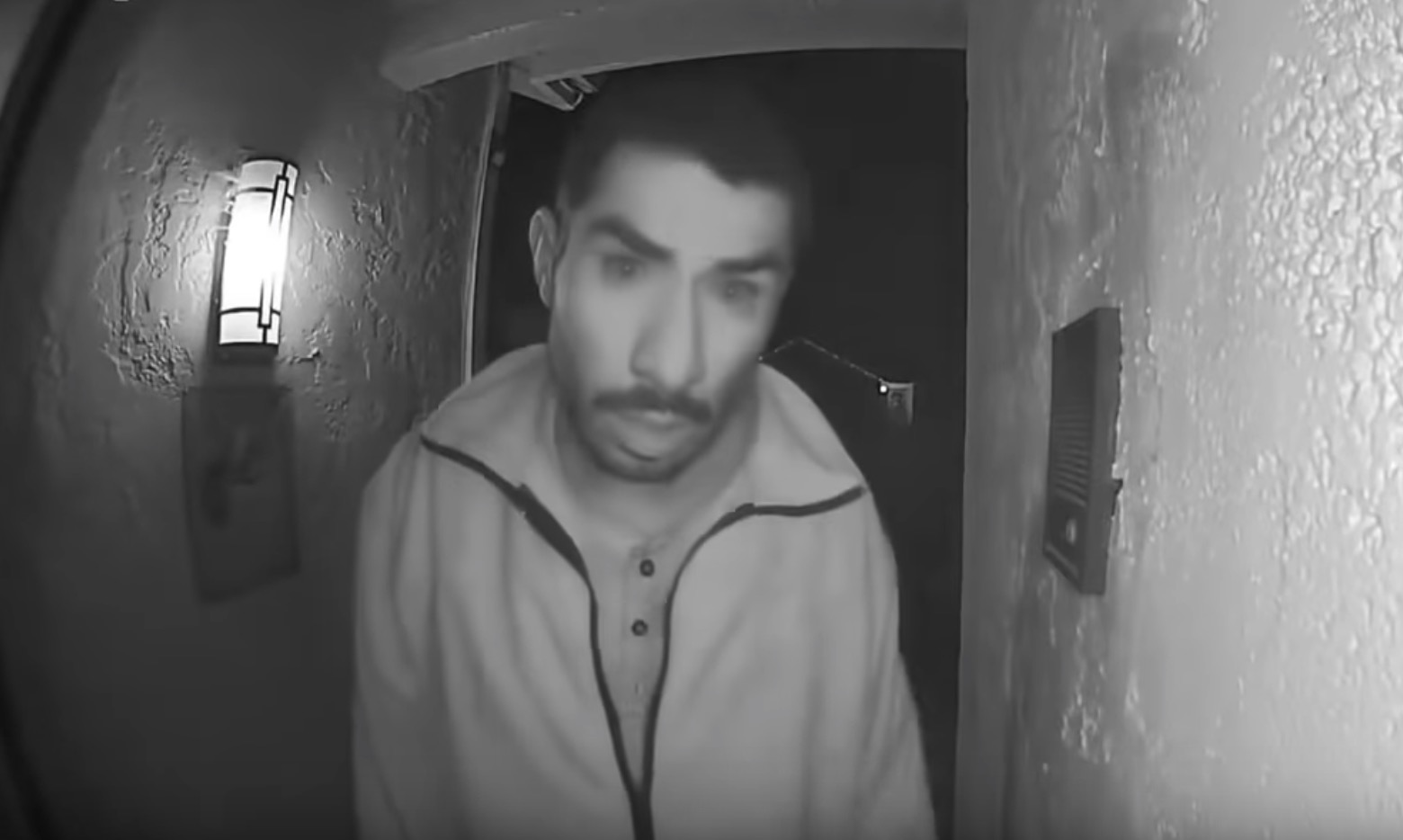 The Dungans’ weren’t at home at the time of the licking. Their children were, but they were asleep and never noticed anything was awry. Apparently the man’s licking wasn’t quite vigorous enough to set the doorbell off, which is another fact we all know now.

Sylvia Dungan described what it was like to discover the wayward licker. 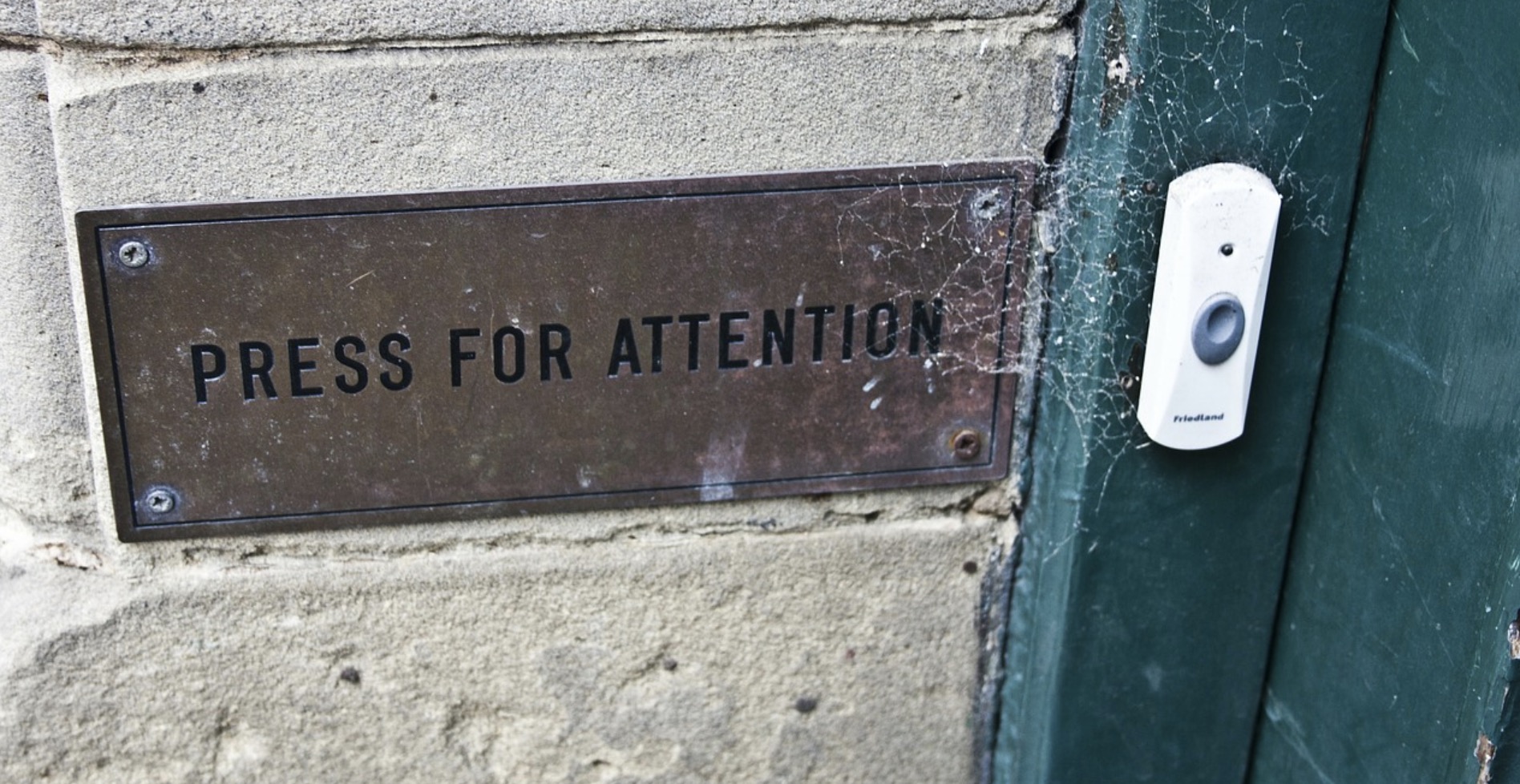 The Dungans turned over the footage to Salinas police, who identified him as 33-year-old Roberto Daniel Arroyo. They were able to identify him because of the high quality of the video.

“We were pleasantly surprised the image was so clear it didn’t take us long to identify the individual,” said Salinas police officer Miguel Cabrera. “This just kind of re-enforces how important it is to have security within your home.”

Police have asked for help locating Mr. Arroyo, who could be charged with misdemeanor petty theft and prowling. The California Highway Patrol took to social media to alert the public to the incident, using the hashtag #thesnozberriestastelikesnozberries–a reference to the lickable flavored wallpaper in Charlie and the Chocolate Factory. Because why not ruin a beloved children’s movie while we’re at it. 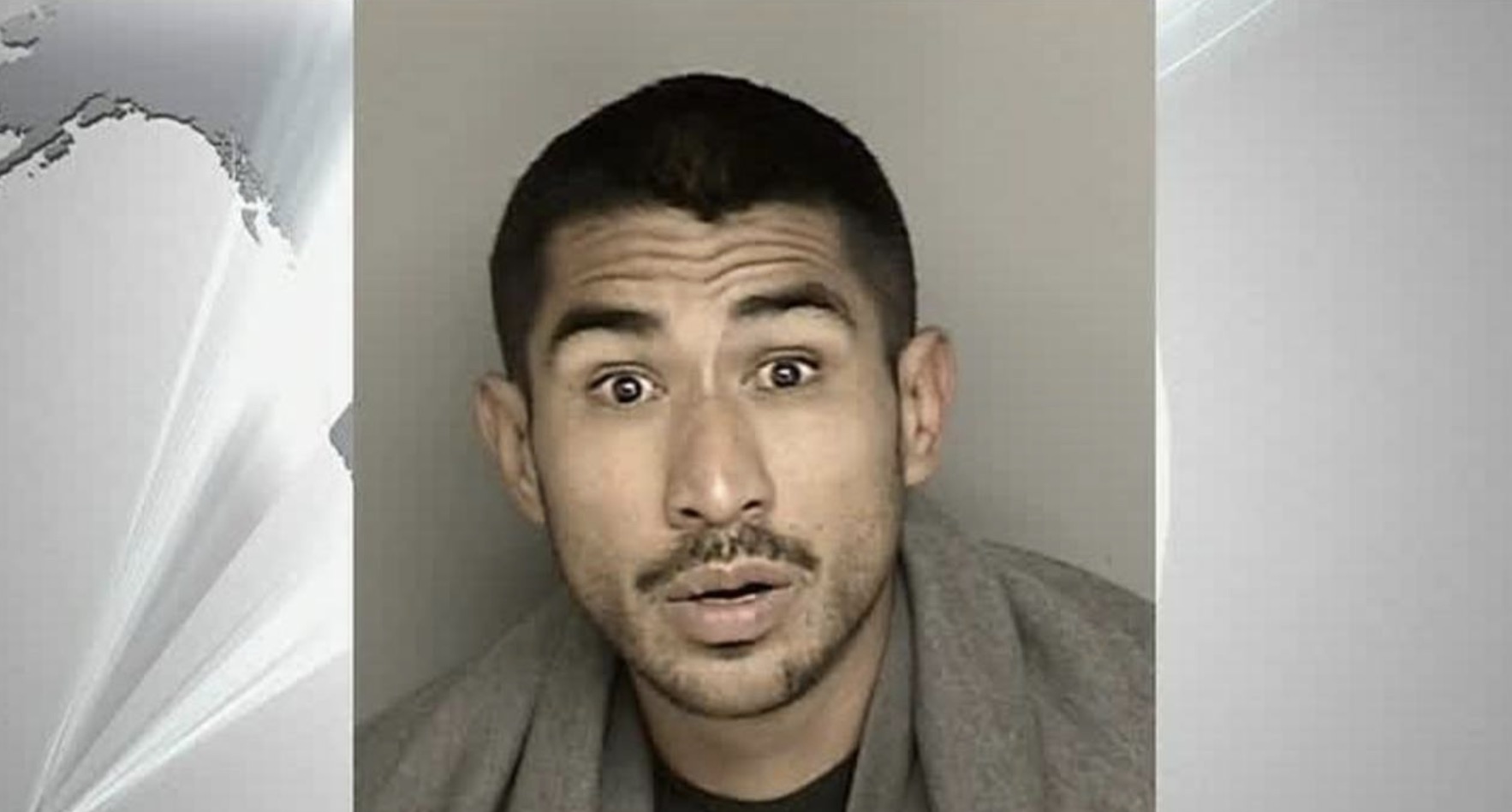 Unless Mr. Arroyo is located, we’ll likely never know what compelled him to spend the the amount of time it takes to watch six episodes of The Big Bang Theory slobbering on a freaking doorbell.

The Dungans’ neighbors are just as perplexed as you and I are.

“I thought I’ve seen it all, but this takes the cake,” said neighbor Albert Santos.

“Never have we seen anything like this,” said neighbor Stephanie Rosario.

The Dungans, remarkably, have remained cheerful about the whole thing. “You kind of laugh about it afterwards because technically he didn’t do anything.”

The family reportedly spent the rest of the weekend disinfecting their doorbell. This is how they did it: 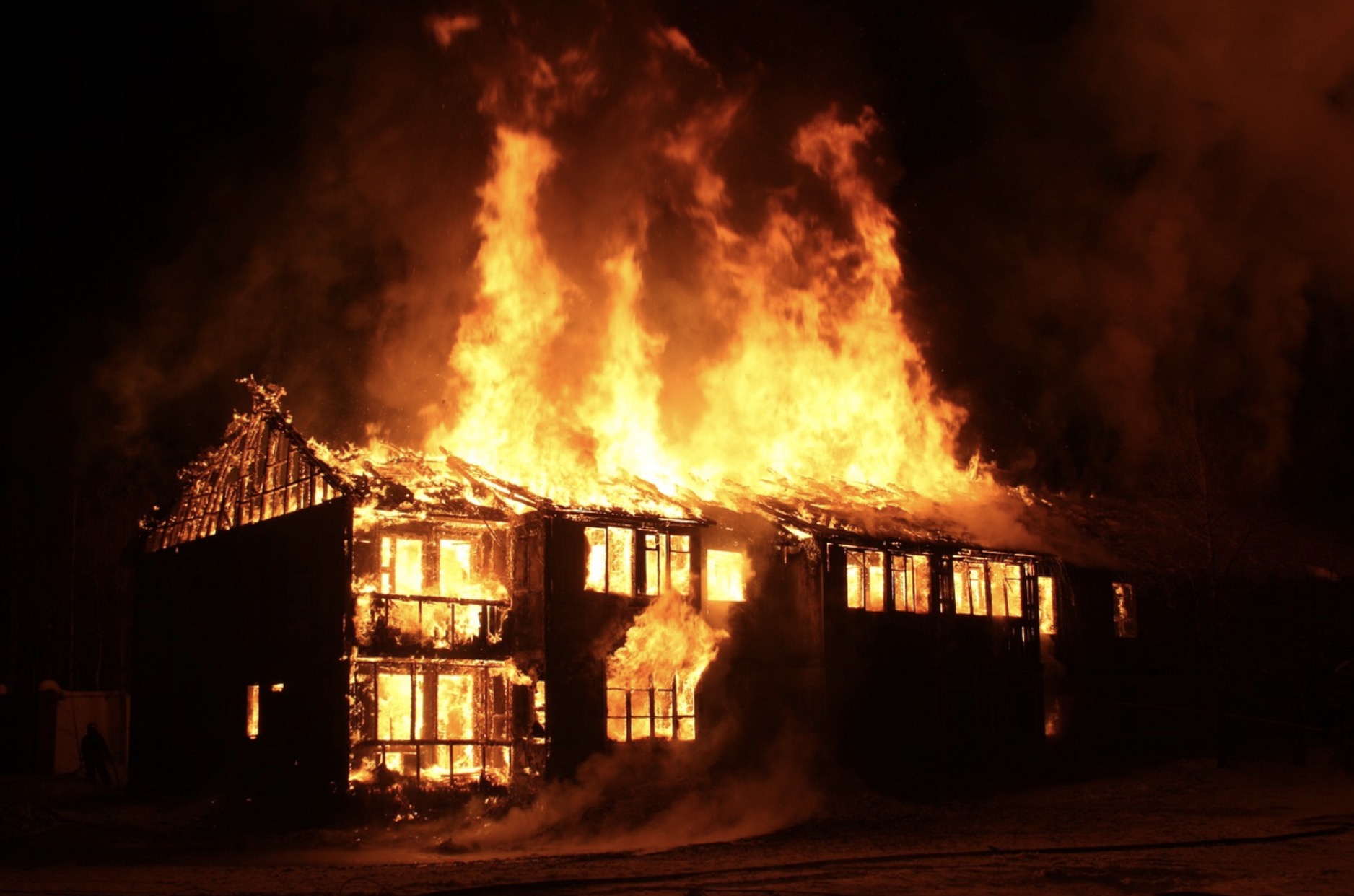 The story has gone massively viral around the world, with people reacting with a mixture of amusement and horror. 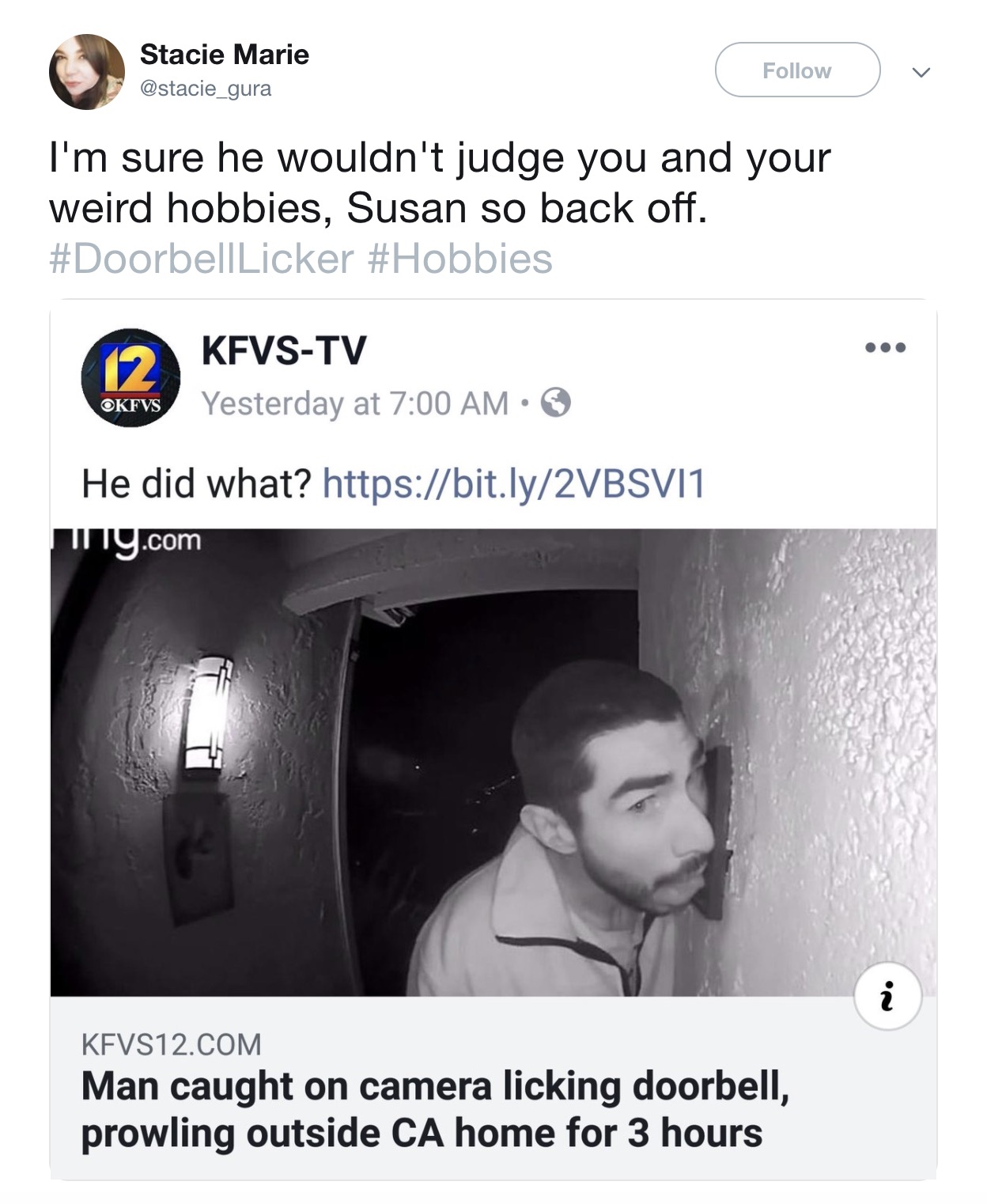 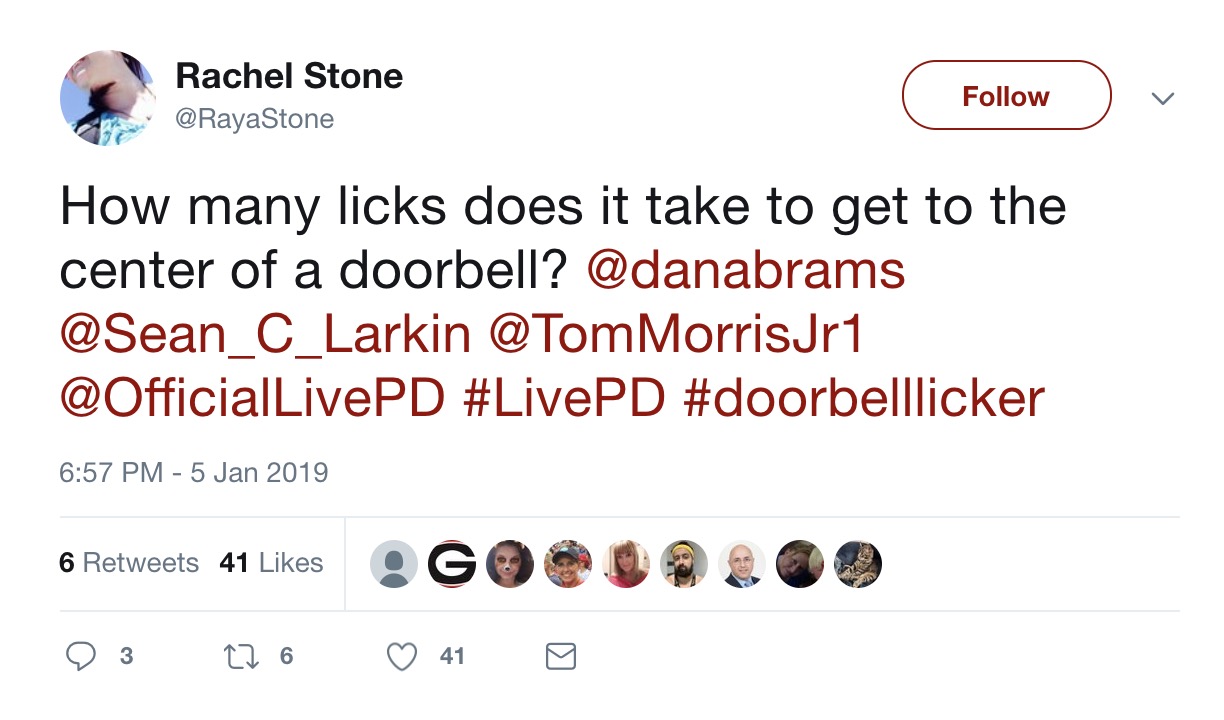 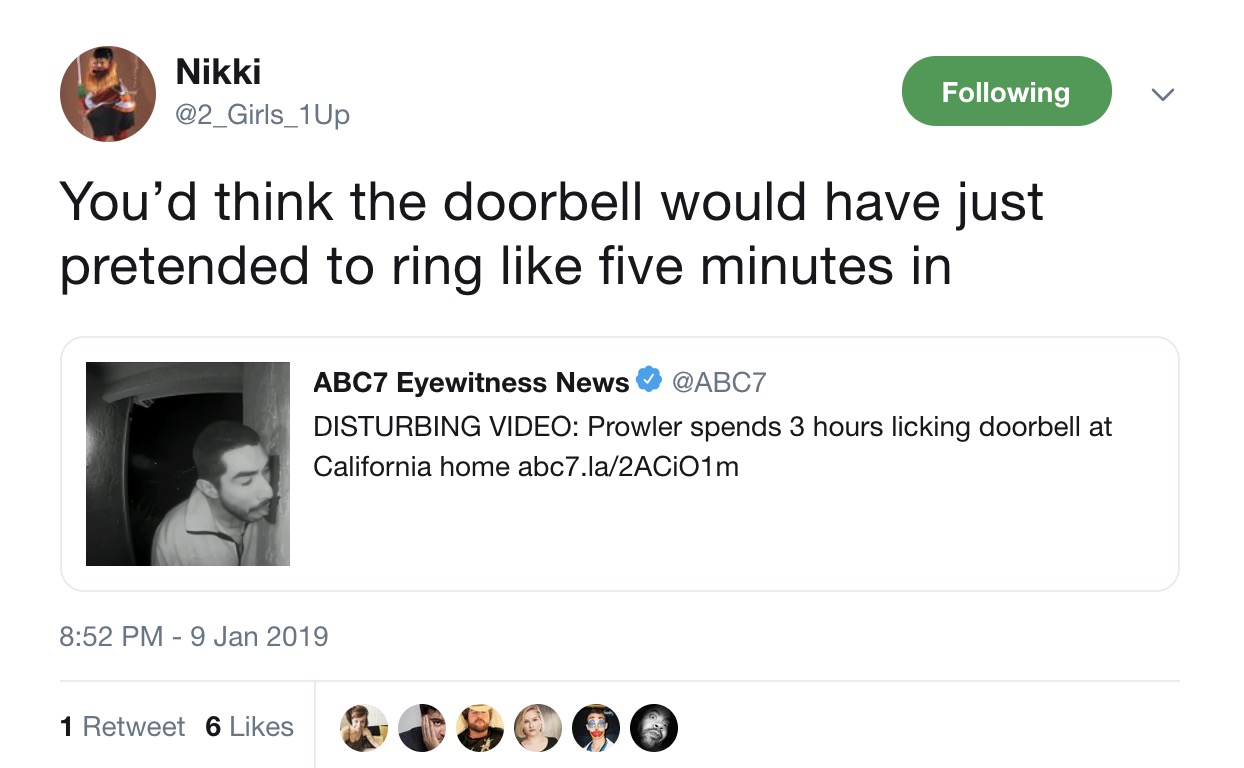 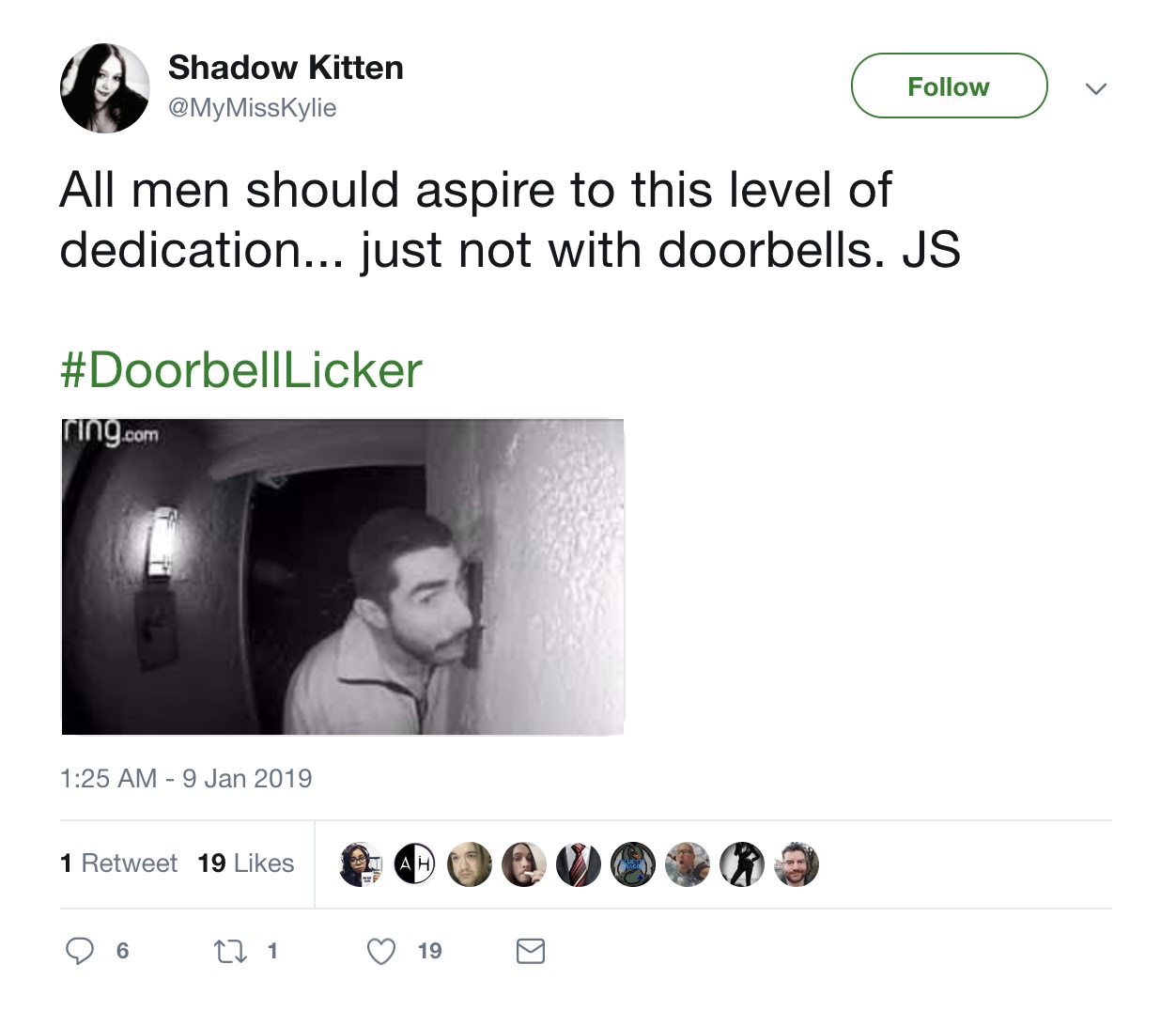 I am now going to watch videos of puppies until my soul is healed. You should do the same.