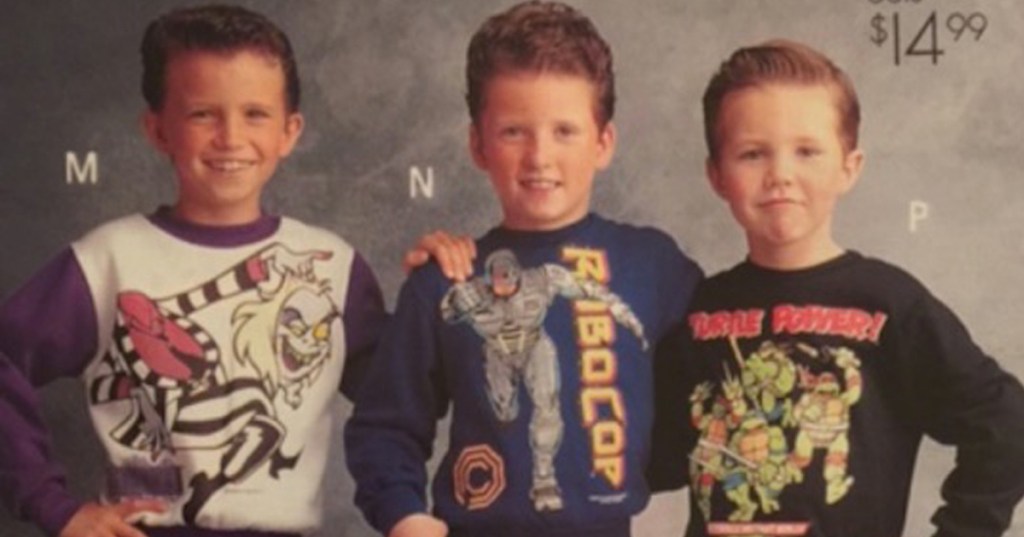 This Is What Sears Thought You Wanted In 1990

With Black Friday and Cyber Monday 2017 having come and gone, it might be easy for us to forget just how good we have it. Practically unlimited consumer choices, and sometimes you can get it delivered to your home ON THE VERY SAME DAY YOU ORDERED IT.

Obviously it didn’t always used to be this way, and that’s especially clear if you happen across an old school mail-order catalog, like the 1990 Sears’ Holiday Wish Book. The Wish Book began in 1933, and by 1990 it was exactly 728 pages long. Let’s take a look at the items people were happy to wait 6-8 weeks for. 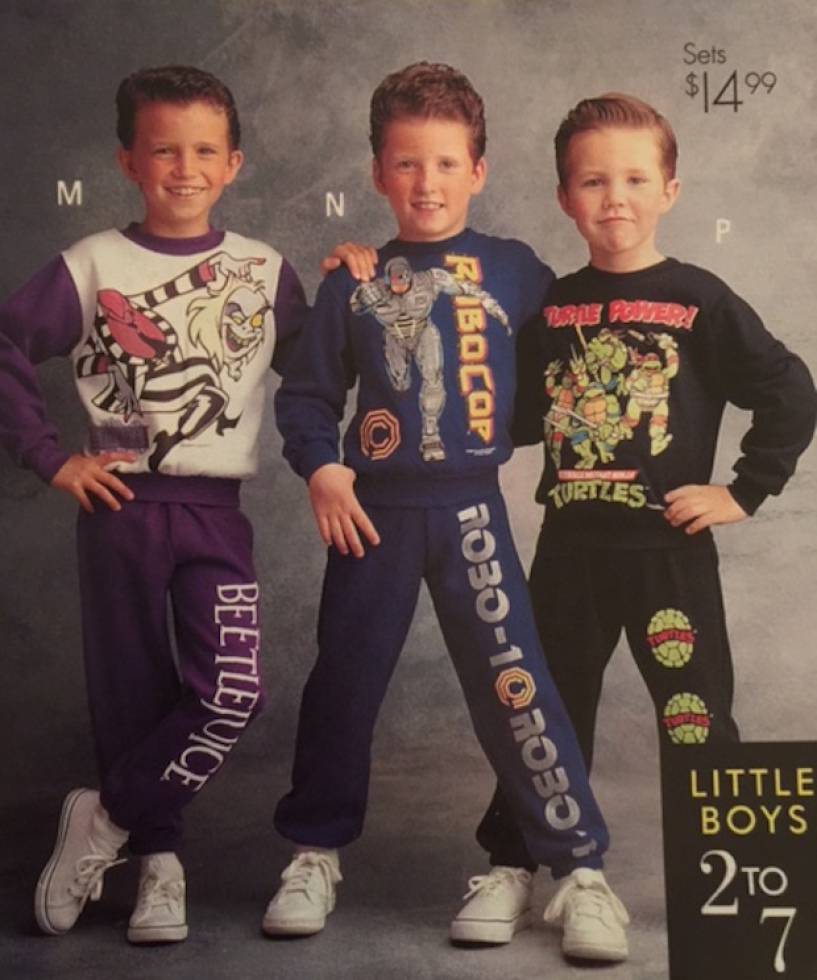 As a former 90’s kid myself, I can tell you that if you didn’t have a sweatsuit like this, it would set your elementary school popularity back by at least three years. 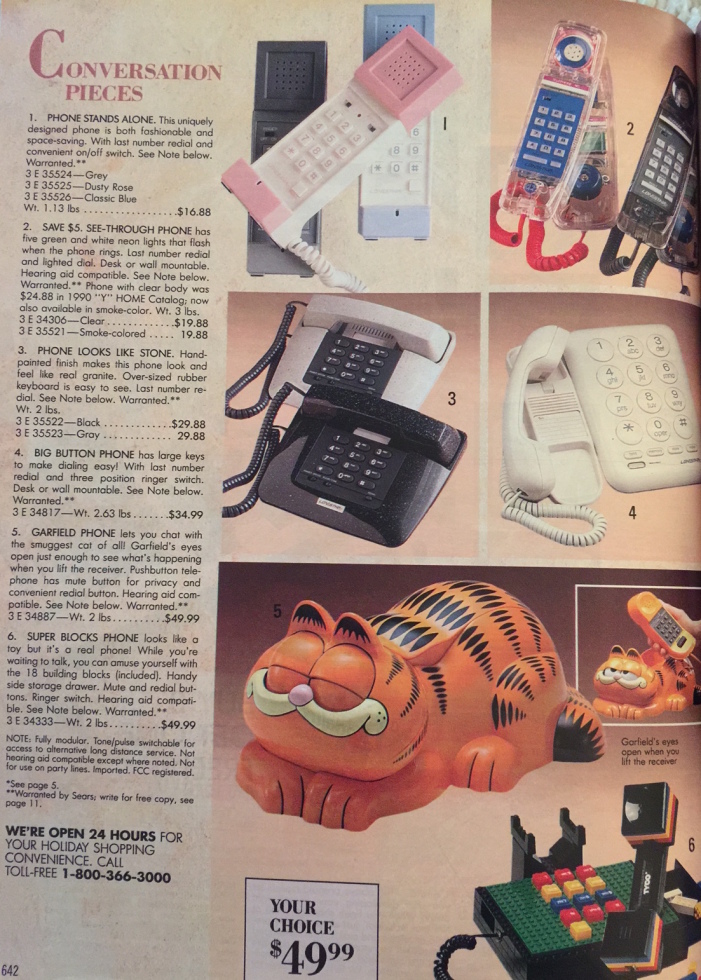 Appreciate your smart phone. If you were a kid in 1990, and you were lucky enough to HAVE your own phone, it was stuck in one location in your house. Not only that, it was so big and heavy it could be used to stun an attacking bear. (A black bear, not a grizzly, unless you had the Garfield phone.)

Want a snack that doesn’t have 15,000 grams of sodium? Too bad! Back in the 90’s, things like hummus hadn’t really become popular in America yet. These were dark times, and we were always thirsty. 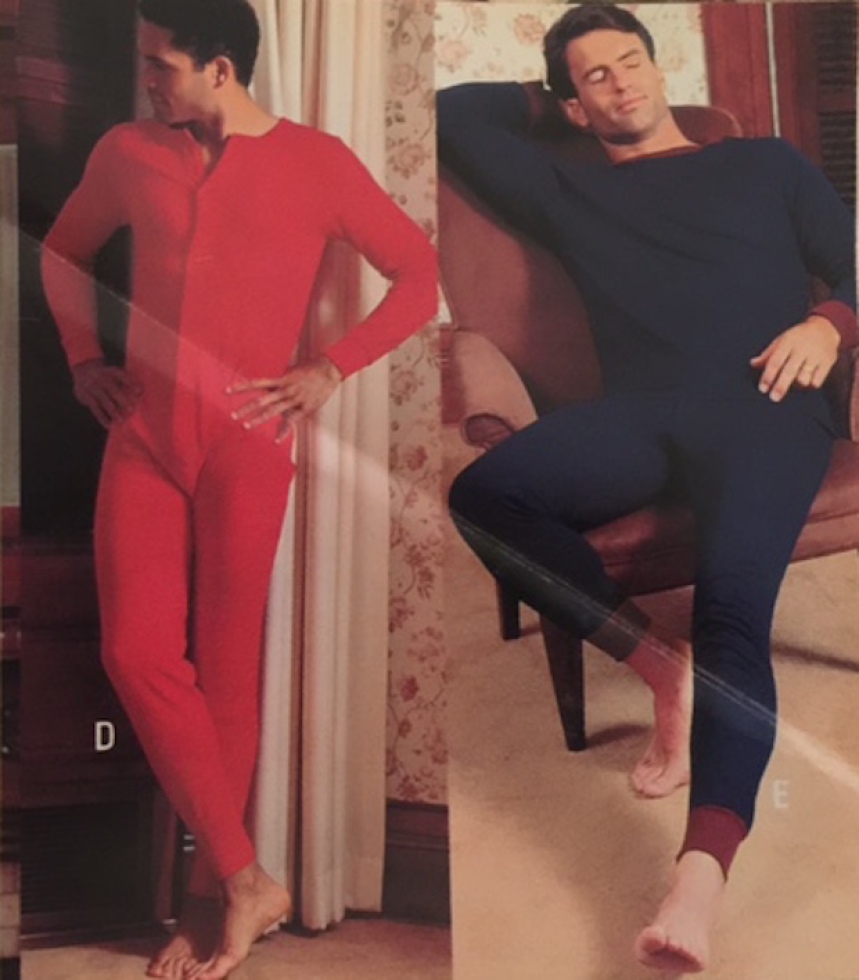 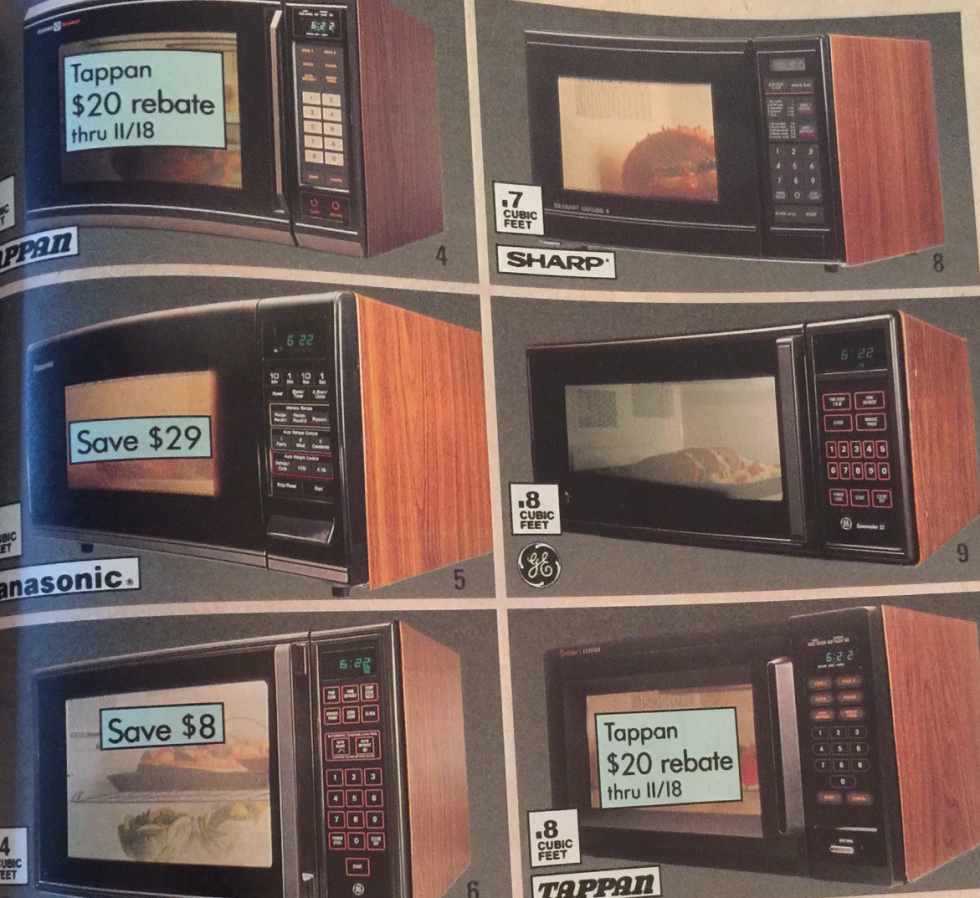 Back in the 90’s, it was all about camouflaging your microwave so it blended in with your walls . The idea was, people would come into your kitchen and go, “I don’t see any appliances! How do they heat up their Hungry Man Dinners? This must be a family of warlocks!” 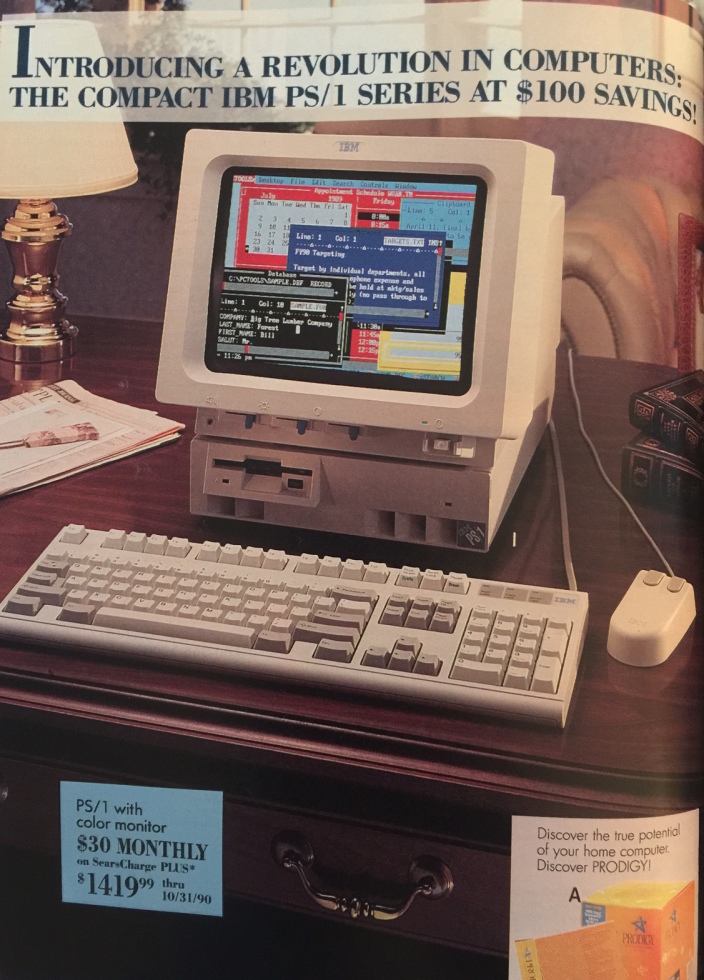 Look at that beaut! Personal computers have come a long way since 1990, obviously. It’s hard to believe, but back then people would willingly pay over $1400 for a computer whose major feature was “color screen.” They weren’t much for gaming, either. As you can see, the only game available for IBM’s PS/1 was “Calendar.” And it didn’t even have Daylight Savings until “Calendar 2!” 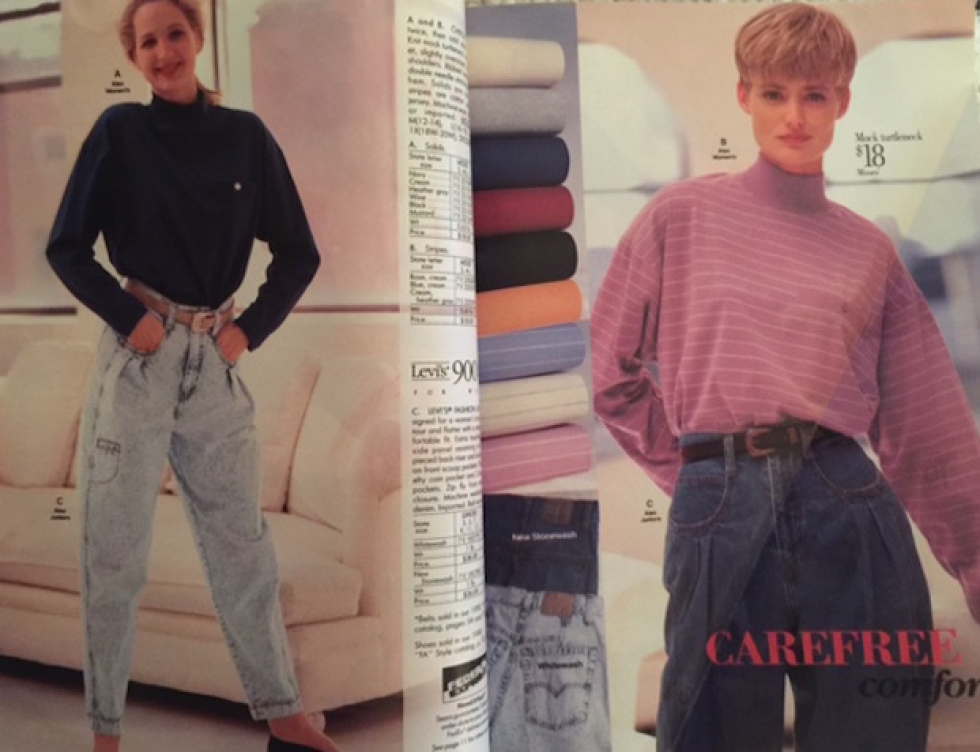 The 80’s weren’t quite dead yet! Even though acid washed jeans were more of an 80’s fad, Sears still had you covered in 1990 in case you wanted to look like you and your friends’ idea of fun is splashing each other with dangerous chemicals. 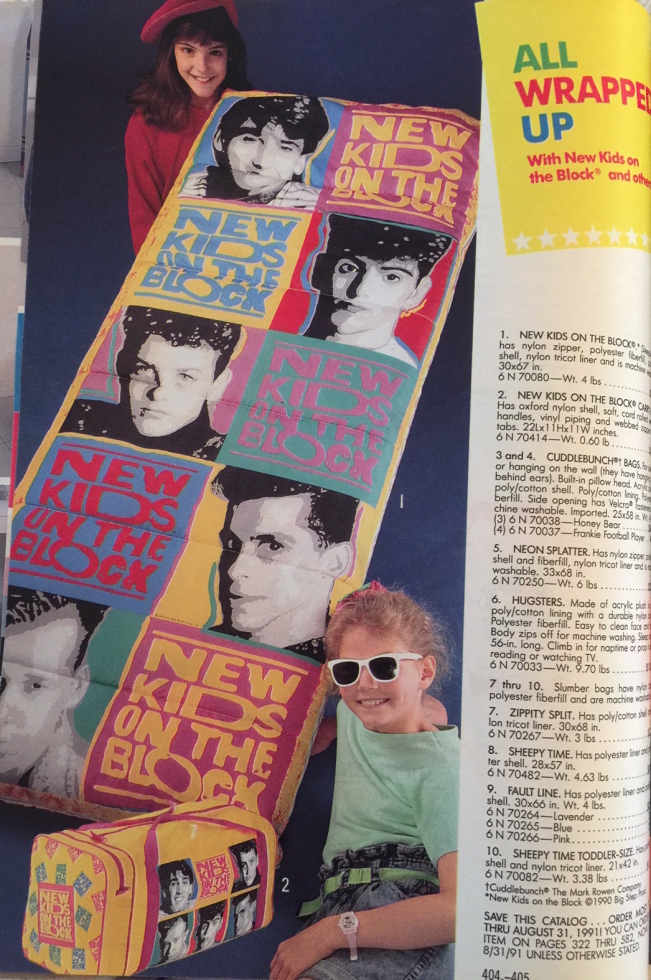 Today, if you want to buy merch for your favorite teen pop star, you can choose from hundreds and hundreds of options. But back in 1990, you had a mere two: a bed spread, and a duffel bag. This is because “happiness” wasn’t invented until 1997. 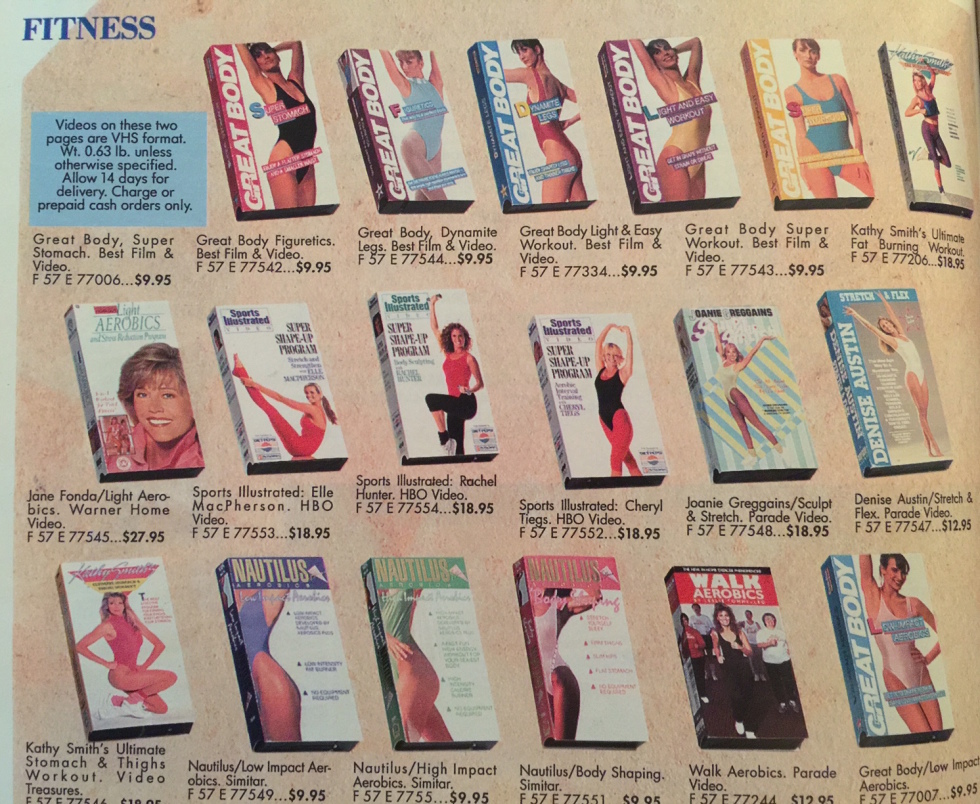 10. His And Hers Monogrammed Robes 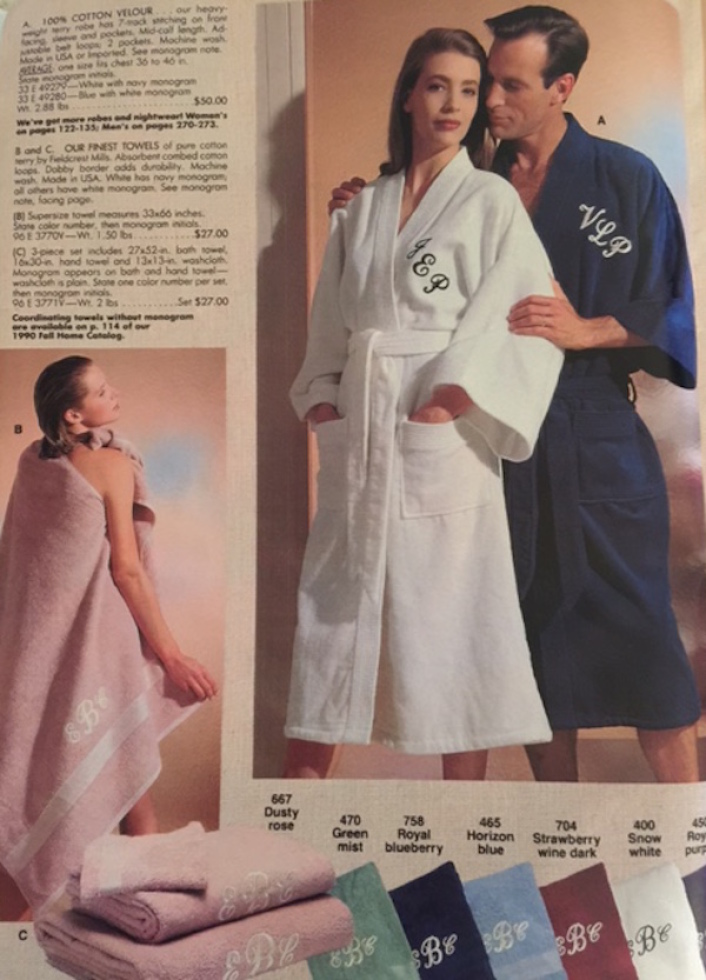 These robes aren’t a garment, they’re a lifestyle. A lifestyle for people who say things like, “How many different kinds of fondue should we have at the key party?” 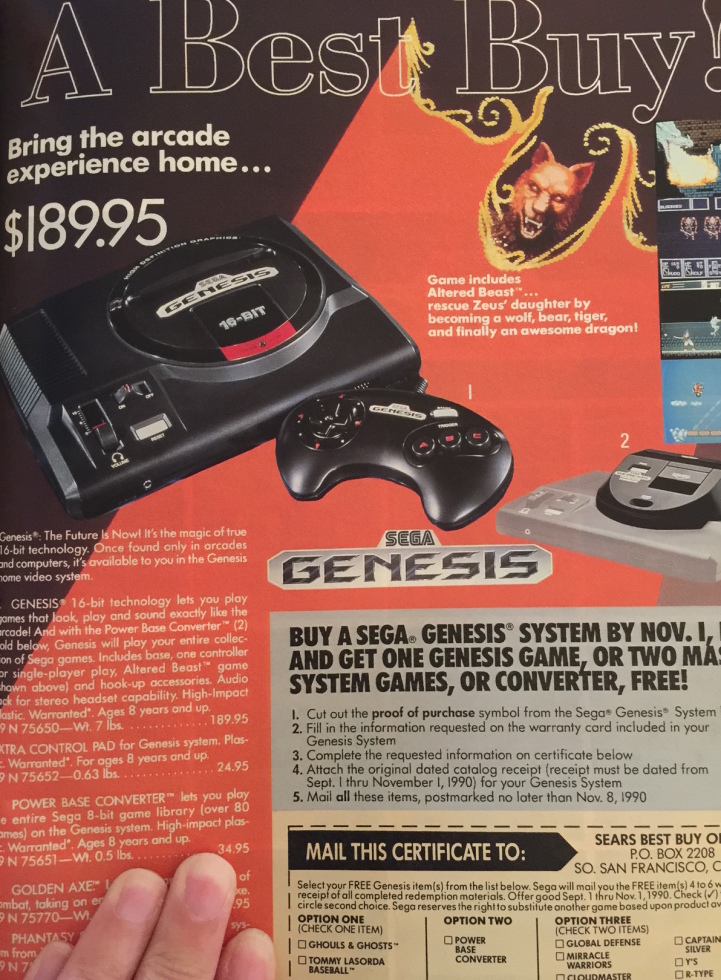 I can’t make fun of Sega, because it’s literally perfect. Forget cartoon sweat shirts–Sega was the REAL status symbol among 8-year-old boys. I didn’t have a Sega either and it’s the direct source of most of my problems in life as an adult. 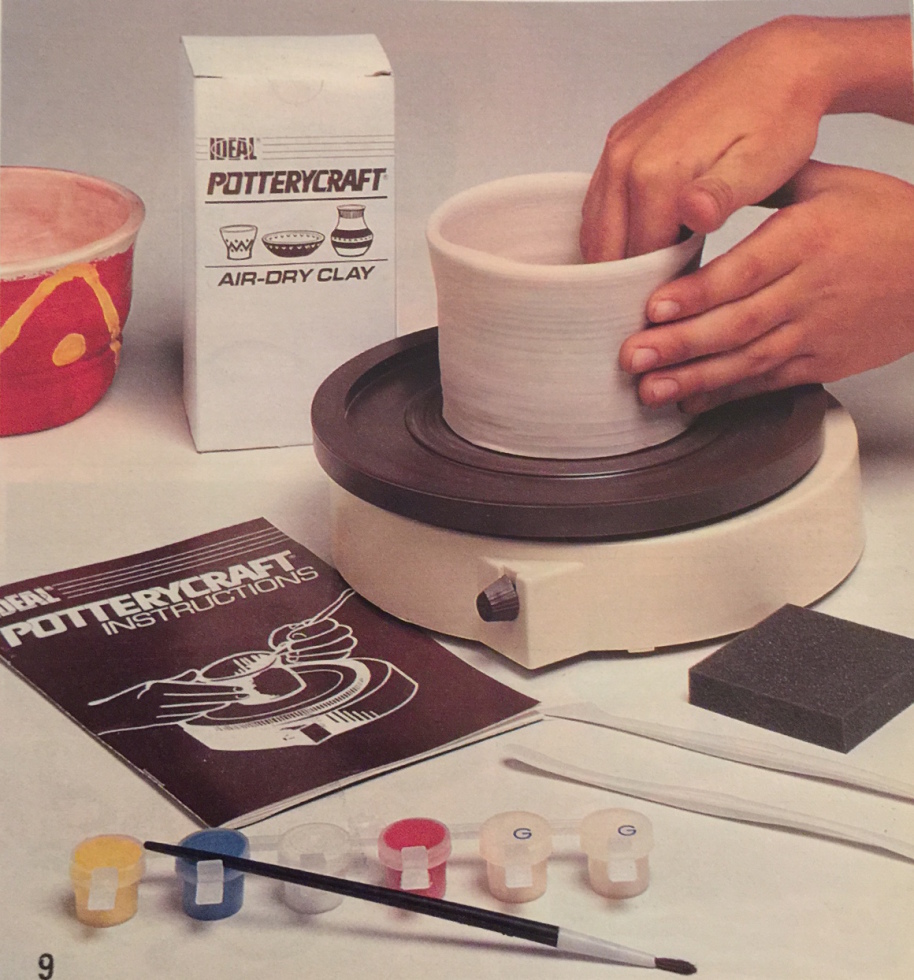 You’re probably thinking, “I bet this is because of the movie Ghost,” and you’re right! Ghost came out in 1990, so it’s pretty clear they were trying to cash in on the movie’s popularity. This is also why the catalog offered the officially licensed Dances With Wolves At-Home Buffalo Skinning Kit. 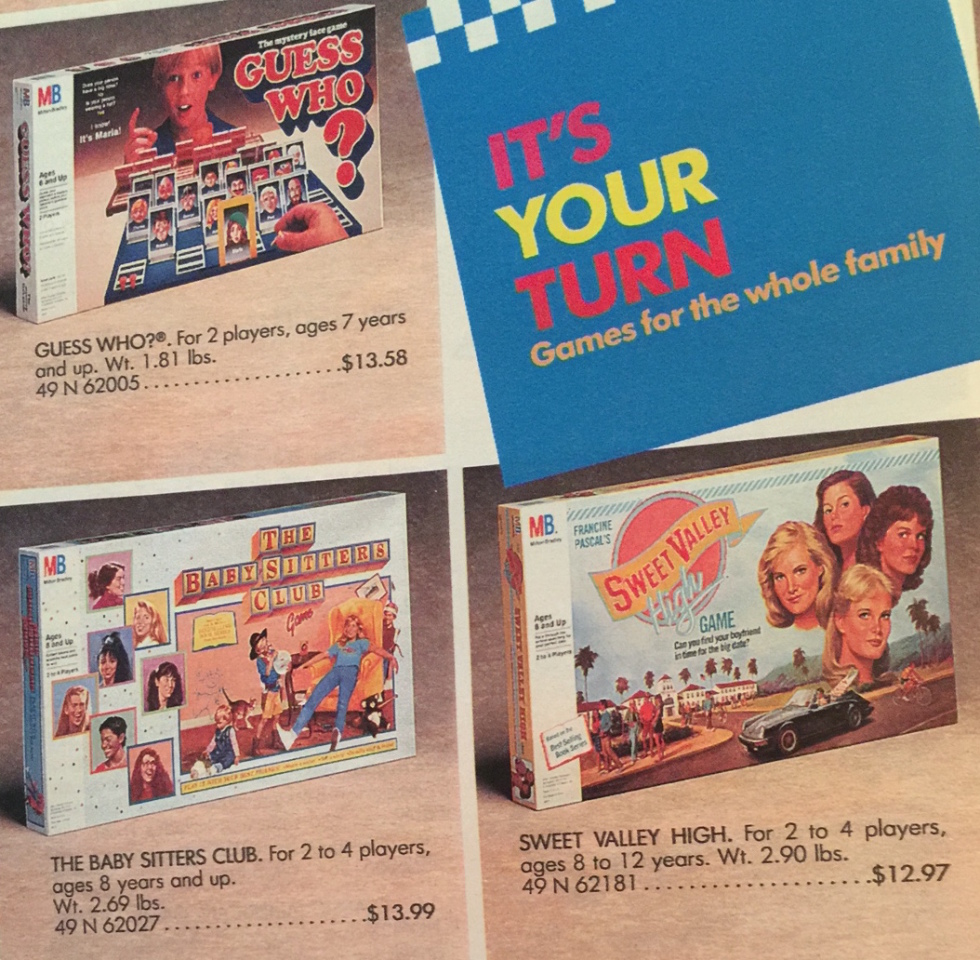 I see what the catalog is trying to pull. They put a real, functioning board game, Guess Who?, alongside those other two obvious money grabs. Well you’re not fooling me, catalog from 27 years ago! Board games? More like BORED games! (You’re welcome.)

14. So Many Cassette Players 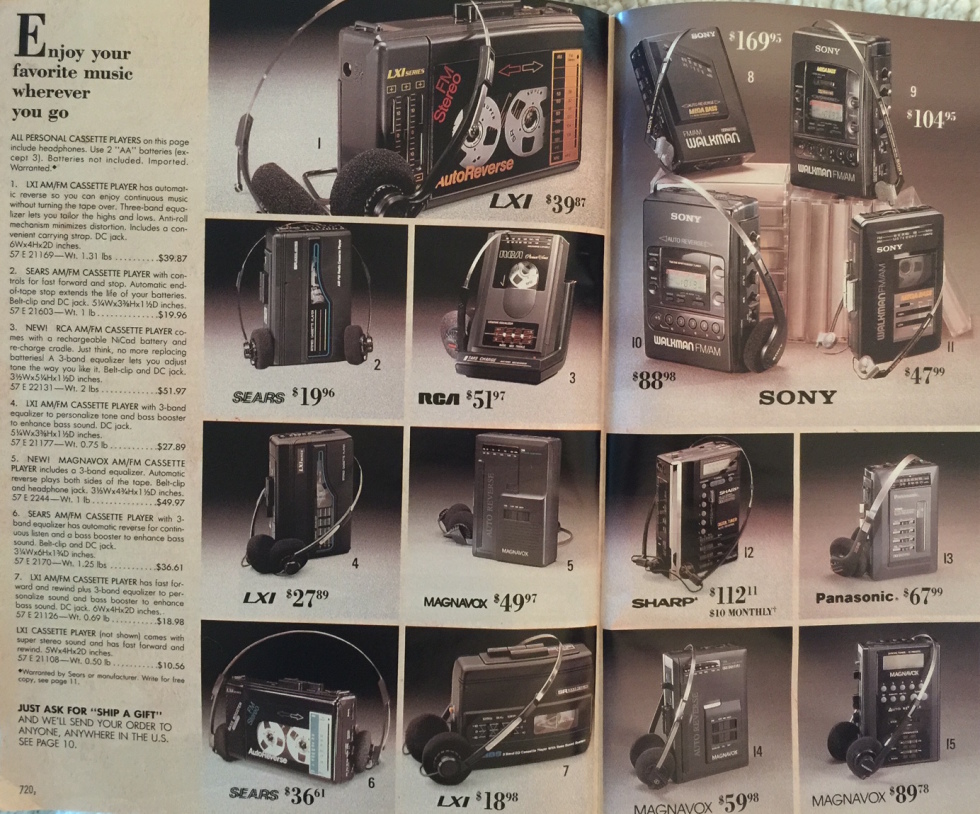 Yet another 1990 product that makes us appreciate what we have in 2017. We should all be thanking our Smartphones for existing every day of our lives. 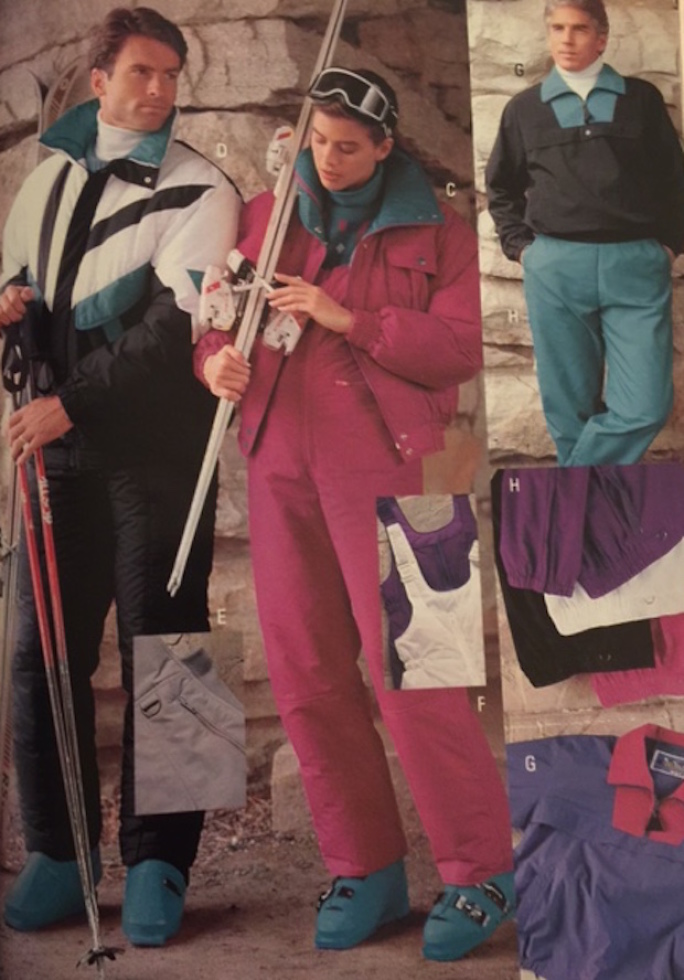 Pretty sure the sport of “skiing” started as a prank to get people to wear these outfits.