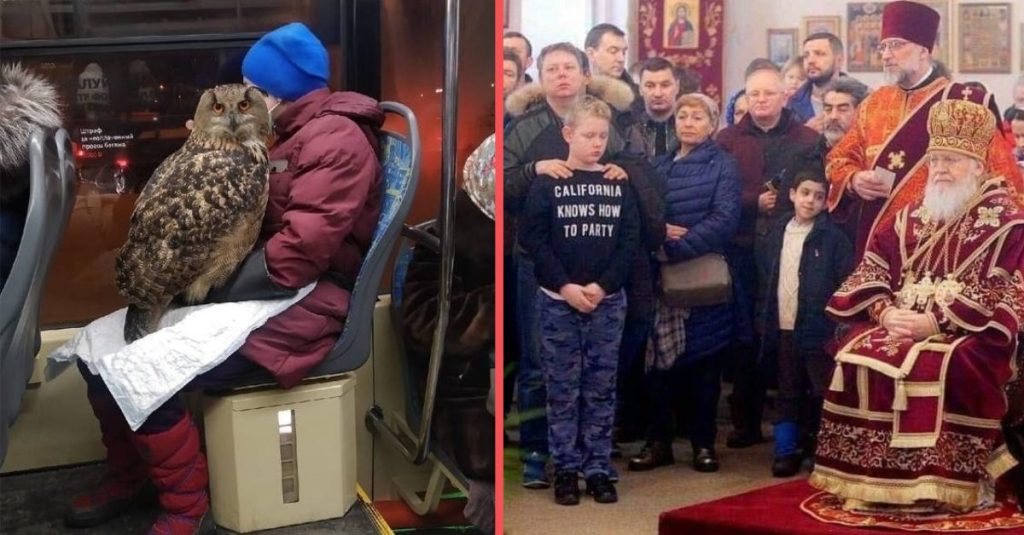 Russia is a strange place…at least it is in my opinion.

But I’m willing to bet that most Russians think America is a pretty strange place, too.

But no matter where you stand, I think that you’ll thoroughly enjoy a Twitter account called “No Context Russia” that focuses on the unique things going on in that fascinating country.

Let’s have a look.

Just walking down the street with a bird on my head…

I guess she wasn’t in the mood to jog.

Hey, it gets pretty cold over there!

You know what? Never mind, just go with it.

I hope that thing is trained…

Seems totally appropriate for the occasion.

7. This does not look enjoyable at all.

I’m not a big fan of winter, if you couldn’t tell…

8. Just out here getting a little bit of sun.

Let’s hope someone broke it up.

10. Well, this is pretty interesting.

I guess their car broke down and they needed a lift.

11. It really cuts down on energy costs!

Now THIS is smart!

12. I wish I had more background about this photo.

Are they delivering food?

What are some other social media pages we should be following?