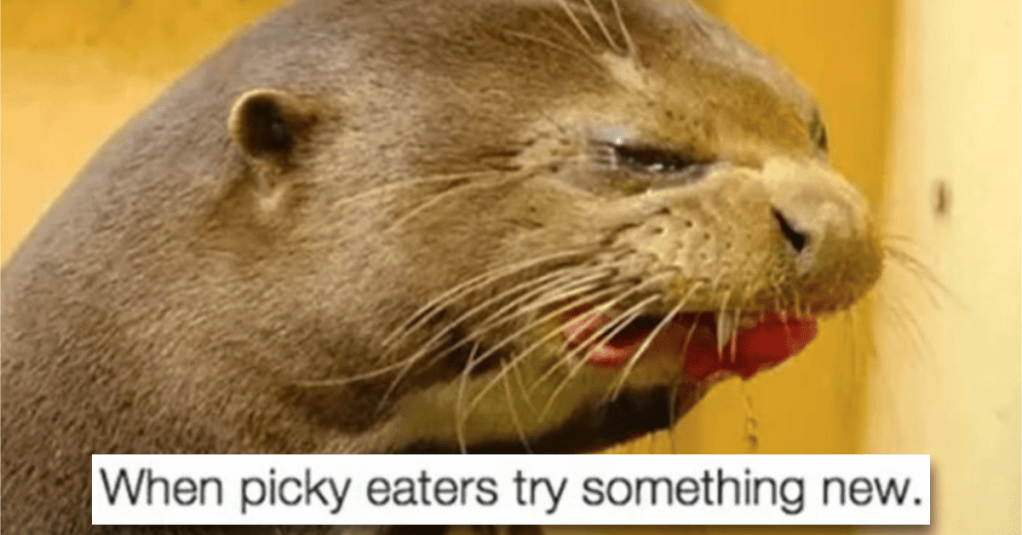 Posts That Put All the Picky Eaters Out There on Blast

I’ve always been a big eater.

Even when I was a little kid, I’d eat anything my parents set down in front of me and then some.

And then there’s my little brother…who was the complete opposite.

He didn’t like this, he refused that, he threw a fit when something-or-other was served.

Oh well, more for me!

He’s changed as we’ve gotten older, but I still like to give him a hard time about how impossible he was to feed…which I’m sure my mom and dad really loved after a hard day at work.

Do you have any picky eaters in your life? If so, these memes should look familiar.

You wouldn’t last a day…

im too picky of an eater to be in any type of apocalypse, fuck around and die cause im not tryna eat pinto beans

Just give them some time…

It hurts me to be friends with such a picky eater. It really does. pic.twitter.com/x14Q3Lxe3Z

Some people, I’ll tell ya…

You know you're a picky eater when pic.twitter.com/sJ2eYpWsO1

4. Make sure they don’t see how much you didn’t eat.

You don’t want to hurt their feelings, do you?

Oh my god this is literally me every time I go to someones house. #pickyeaterproblems pic.twitter.com/nDbmDLePH1

6. You gotta go for the shrimp, dude!

You really blew it this time!

We went to red lobster and he still ordered chicken strips and French fries ?? pic.twitter.com/g48LSGNHck

7. Just wait until they get a little bit older.

Then you realize there was PLENTY to eat.

Let me try to figure it out.

9. Kids have so much power these days.

Back in my day…

Restaurants really should be required to note on their kids menu whether the mac & cheese is Kraft or some other god-awful, home-made concoction that my child will turn her nose up at and send back to the kitchen with ill regard for the chef.

10. Something you will hate.

Being a picky eater sucks pic.twitter.com/8EWwQXEQfc

Throw it in the trash!

12. This is gonna be a very tense situation.

We wish you luck!

Are you a picky eater?

Tell us what you absolutely refuse to eat!

Do it in the comments!