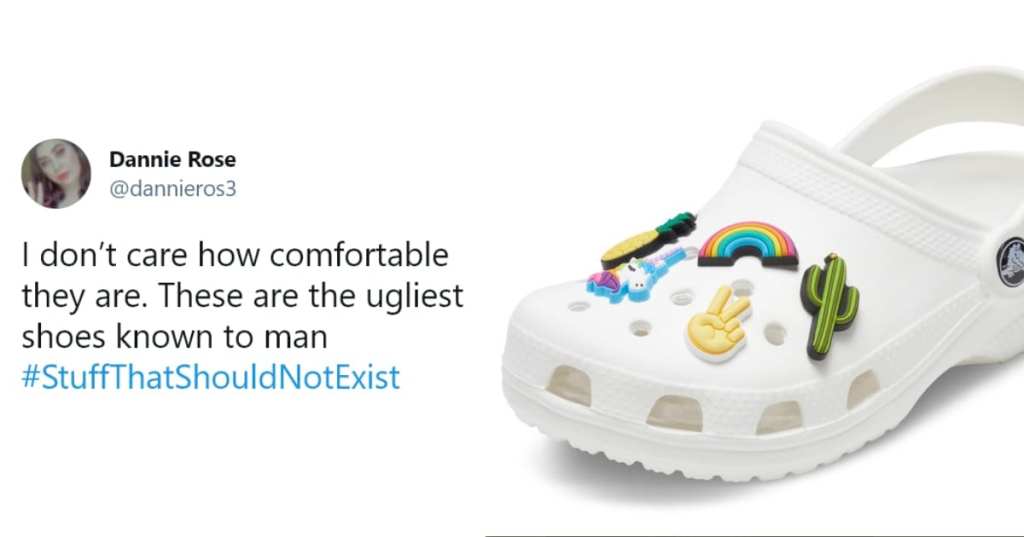 People Share the Things Everyone on the Planet Could Do Without

It seems like these days we can’t agree on much. It’s an increasingly divisive time, worryingly so considering the massive challenges we face which certainly won’t be overcome without some common ground and cooperation.

So, to bring us together again, perhaps we can at least agree that some things in this world just…shouldn’t exist.

Let’s start with the ones on this list, then move on to instilling world peace, eh? Take it away, Twitter.

This may sound prejudicial but I’m gonna go ahead and guess this started with the Brits.

#StuffThatShouldNotExist Aspic. It's jello but with savory stuff instead of sweet…Like meat, veggies, broth or fish…It was popular in the 1950's but the fad (thankfully) fizzled out by the 1970's. By the time the 80's rolled around, aspic wasn't a thing anymore! ???? pic.twitter.com/bMoepdnxds

I object, actually. The Filet-O-Fish can go, but Big Mac sauce is delicious.

Who thought this was a good idea?

If you’re eating these, I just want you to know there are healthier ways to ask for attention.

#StuffThatShouldNotExist
Bug snacks. Ew. Not even bacon will make this palatable. pic.twitter.com/QOvKJzwLyQ

Put as many cutesy stickers on ’em as you want, they’re still awful looking.

I don’t care how comfortable they are. These are the ugliest shoes known to man #StuffThatShouldNotExist pic.twitter.com/kTz1BDL70y

Why must we play God in this way?

It takes some truly innovative shenanigans to make PIZZA bad.

Is this an art tool or some kind of prank?

Technically it has half the calories of regular water.
It also technically has double the calories.
That’s how the number 0 works.

#StuffThatShouldNotExist
Is this low carb? Is it keto. Or is it just stupid? pic.twitter.com/72f1coxMlI

I don’t know how these things came to be, but maybe by collectively hating them hard enough, we can bond together as a people again.

What thing do you think shouldn’t exist?