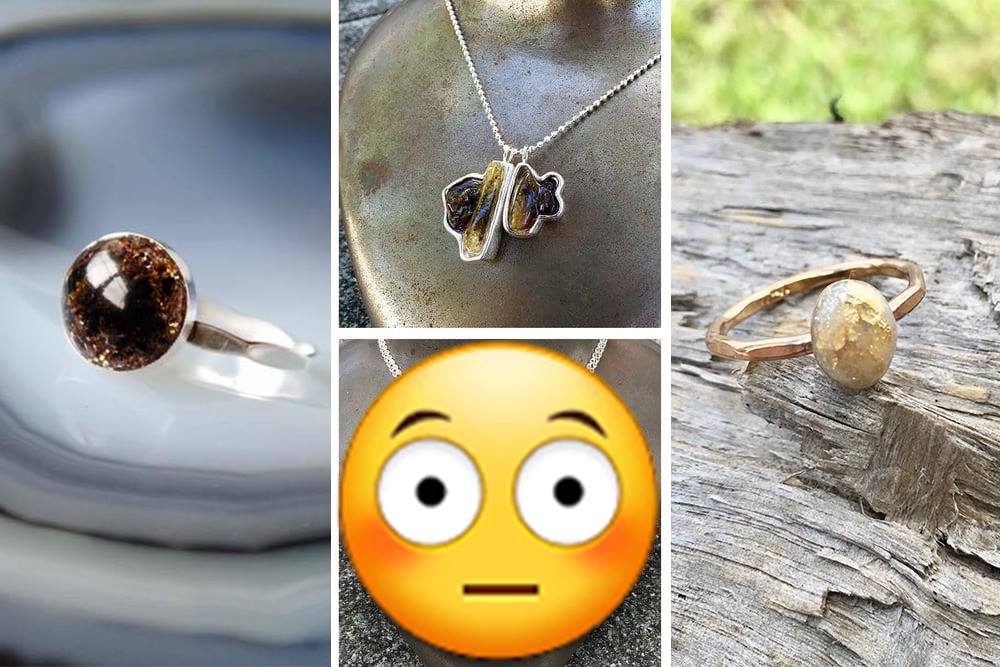 Parents Are Actually Turning Their Baby’s Umbilical Stump Into Jewelry

Infancy is an all-too-brief period in a child’s life, and many parents like to have a few keepsakes to remember this time. Some parents go for the classic bronzed baby shoes. Others might opt for a mold of their baby’s foot or handprints. Still others put together a scrapbook of mementoes from their pregnancy and the delivery. You get the idea!

But what if those keepsakes just aren’t quite…disgusting enough for you? What if you wanted a keepsake made from your baby’s actual body part? You might want to look into umbilical stump jewelry. 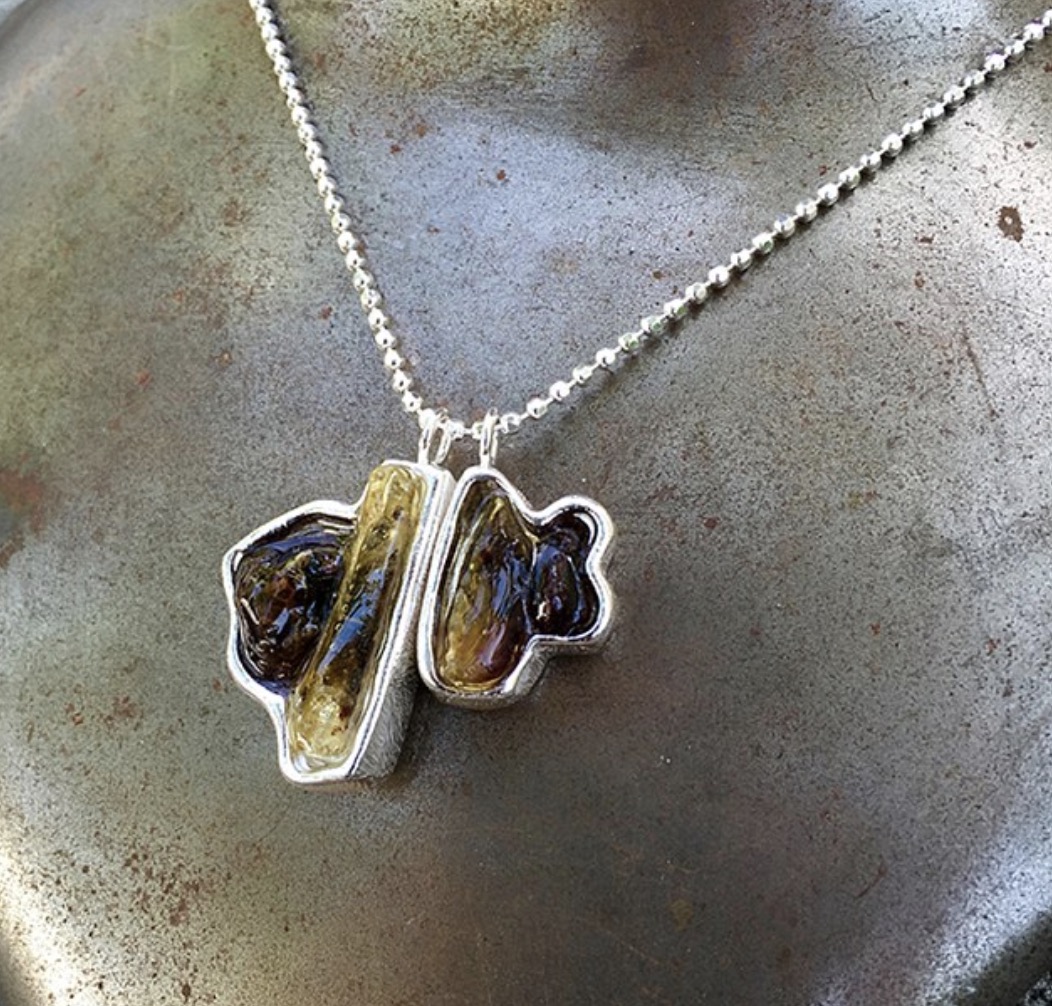 It’s exactly what it sounds like: jewelry made from a baby’s umbilical stump. But what’s an umbilical stump? Glad you asked. When the baby is born and the umbilical cord is cut, a small piece of it stays behind. This purplish stump is about half an inch long and will stay attached for about 1-2 weeks, until it dries off and falls out. I’ve never smelled one myself, but they reportedly can get pretty “funky.” 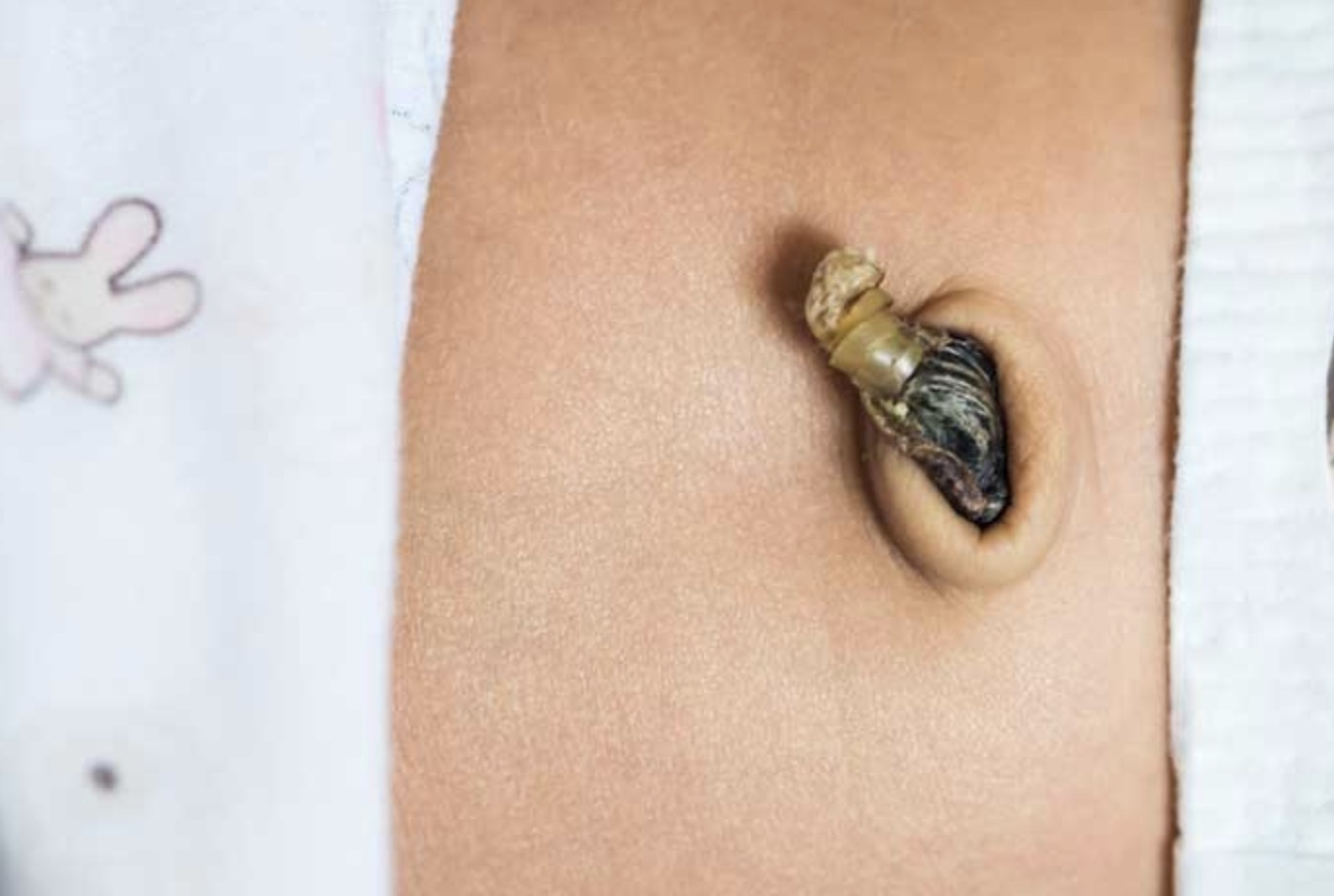 In other words, it’s perfect for bling!

Saving the umbilical stump is way more common than you might think. In one (very scientific) poll on BabyCenter.com, a mom-to-be asked if she should save the stump and hundreds of people answered in the affirmative. And turning it into jewelry is only one way to preserve it. The Internet is full of advice on fun ways to keep the umbilical stump, from scrapbooking it to framing it to sewing it into a toy. So maybe I’m the weird one for being so squicked out by all of this. 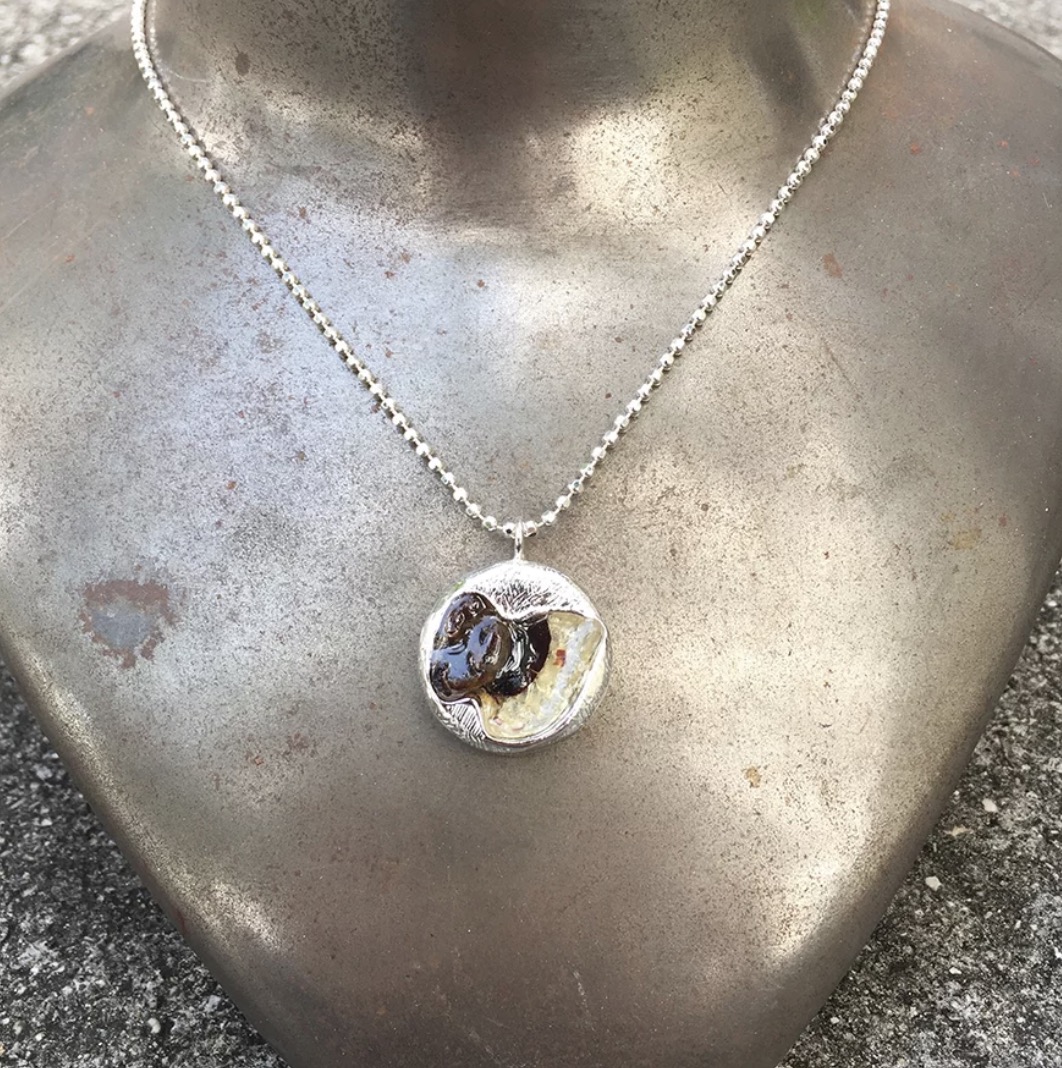 But jewelry is the umbilical-stump-preservation-trend du jour, and one of the pioneers is Florida-based jeweler Ruth Avra. She runs the online shop A La Avra, where you can buy a sterling silver custom-shaped stump necklace for $195.

Avra was inspired to make umbilical stump jewelry in 2012, when she and her friend both gave birth. “I put both stumps next to each other on the table. Lightning bolts struck and I had a plan,” Avra told The New York Post.

Avra uses a process called “lost wax casting” to create the necklaces. No two necklaces are alike, and the size and shape are determined by the umbilical stump.

“It represents the connection between mother and child because it’s literally the physical connection that is between you,” Avra said. “Once the stump falls off, the necklace is a symbolic way of commemorating the bond. 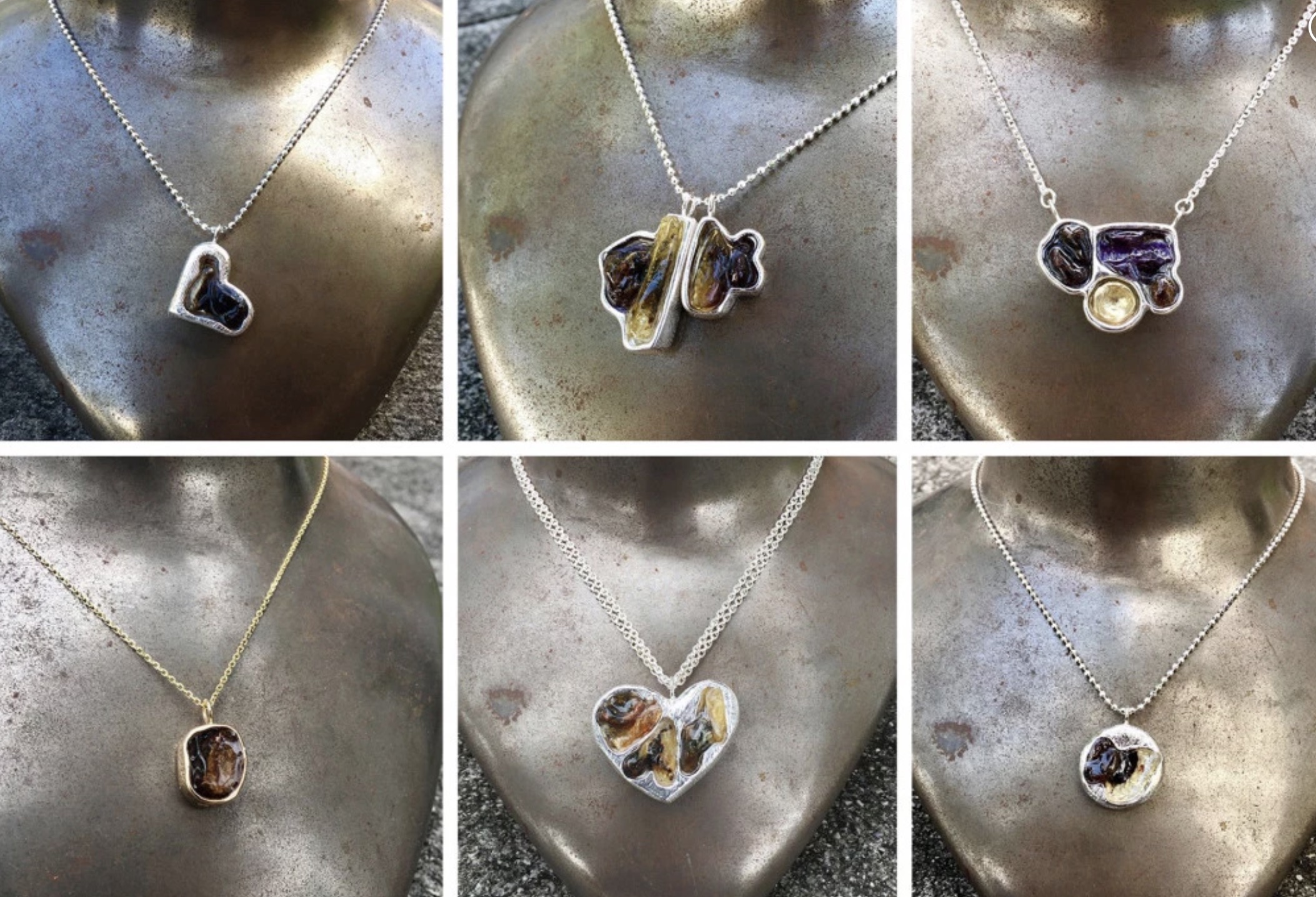 Here’s another of Avra’s pieces. It used to be a necklace made from a dried, coiled umbilical cord. The customer has since had two more babies, and Avra used all three umbilical cords to create this pendant: 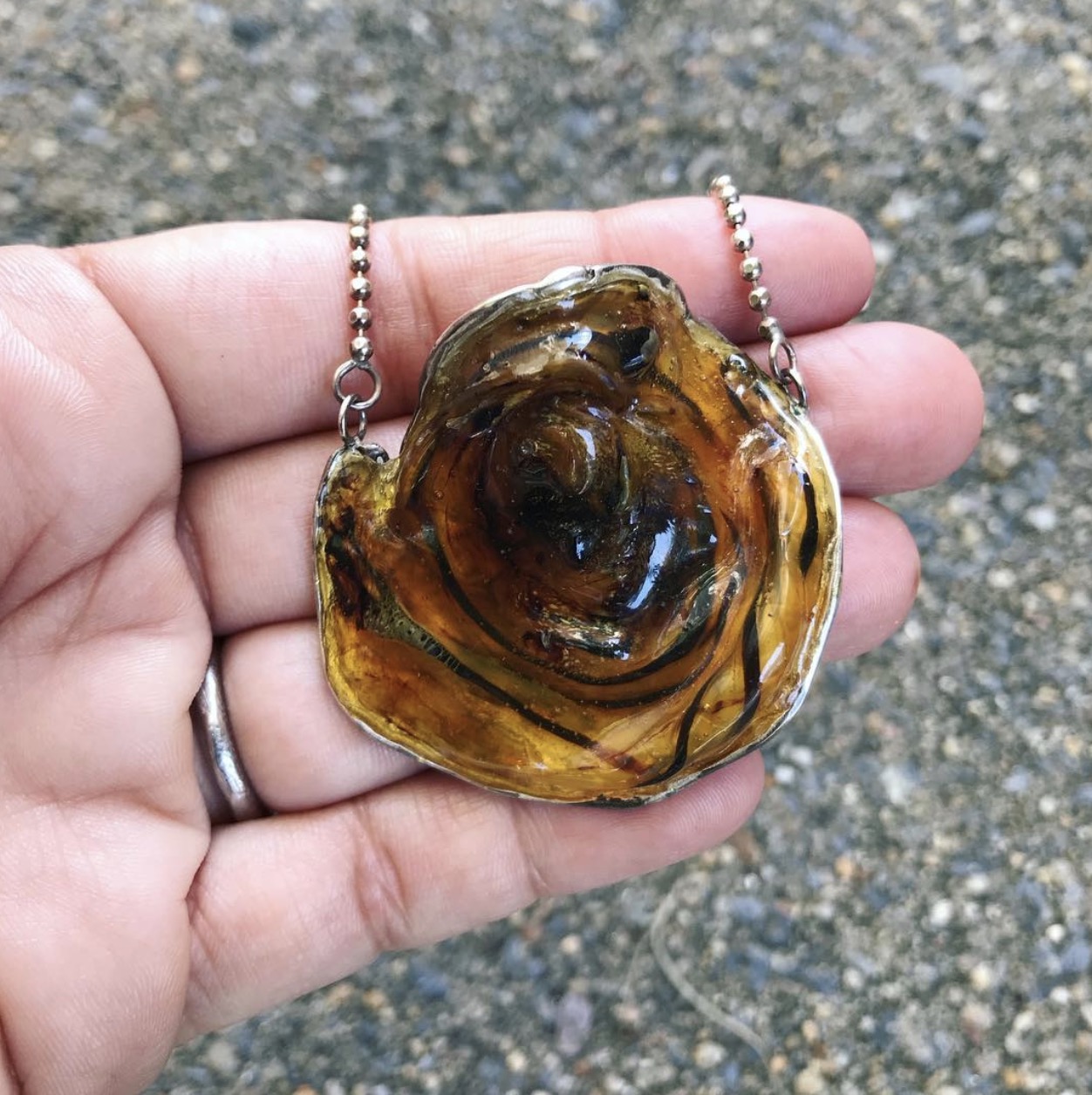 If that’s not quite your style, there are plenty of other umbilical stump jewelry styles to choose from. Speckled Milk offers an $80 sterling silver gem ring that you can add any several inclusions to, from the umbilical cord to breast milk to placenta, and more. 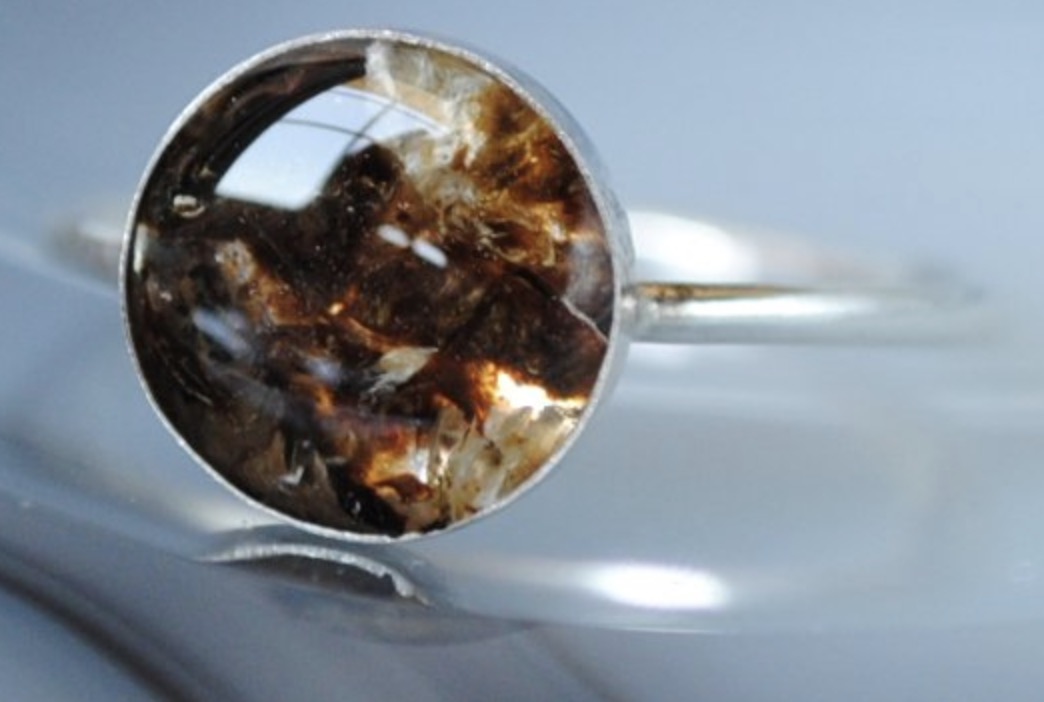 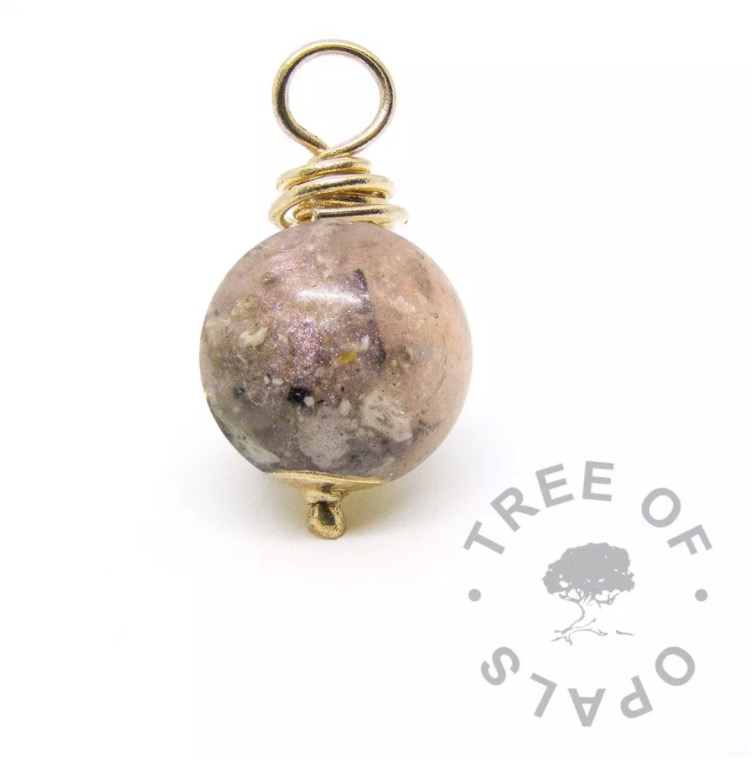 You can get this $75 “Honey Love” pendant from Baby’s Breath Birth. It’s made from gold-flecked honeycomb and also can incorporate several inclusions. 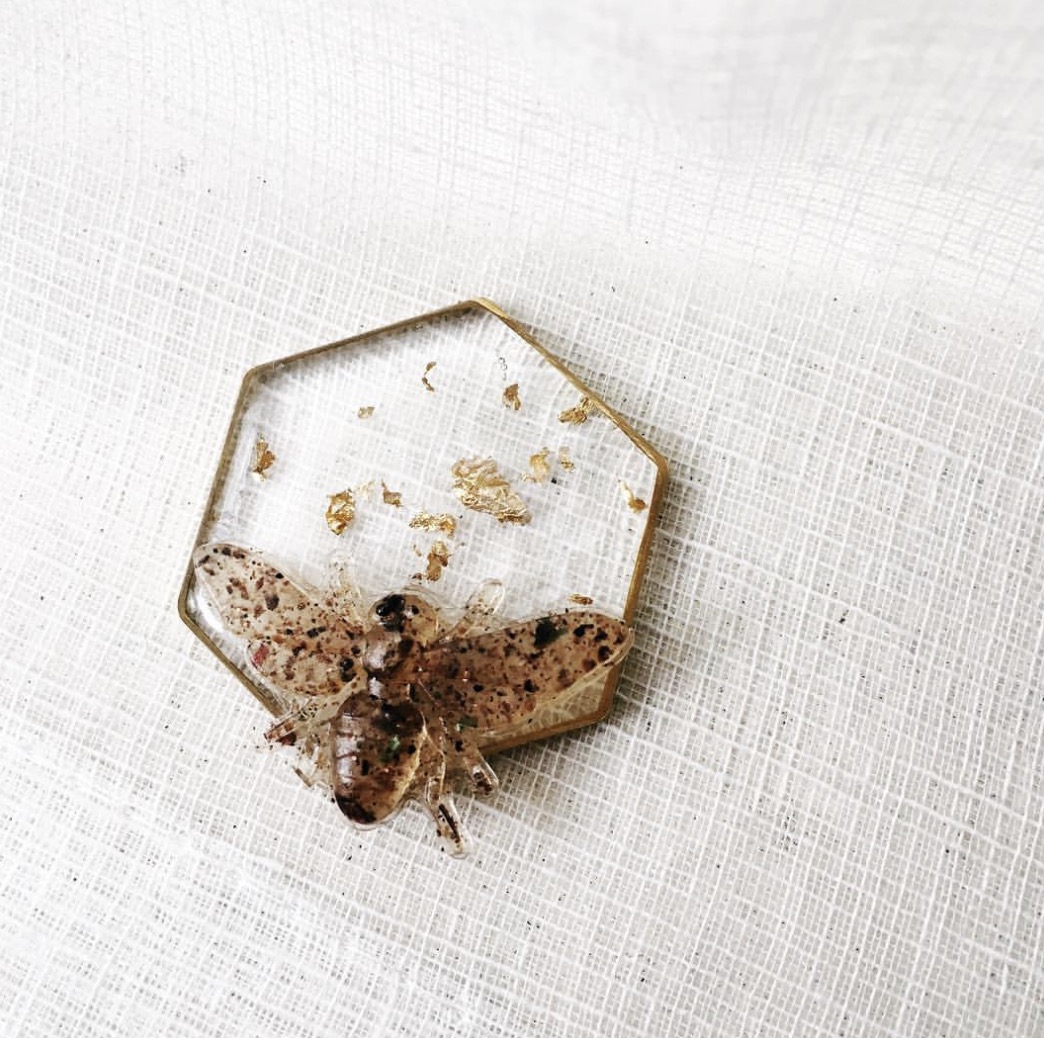 You can even get umbilical cord jewelry on Etsy! Seller rockmyworldclinic can make a sterling silver replica pendant of your umbilical stump, AND you get to keep the original. It can be made into a necklace or even a keychain. It costs $144.99 and turnaround time is from 2 to 3 weeks. 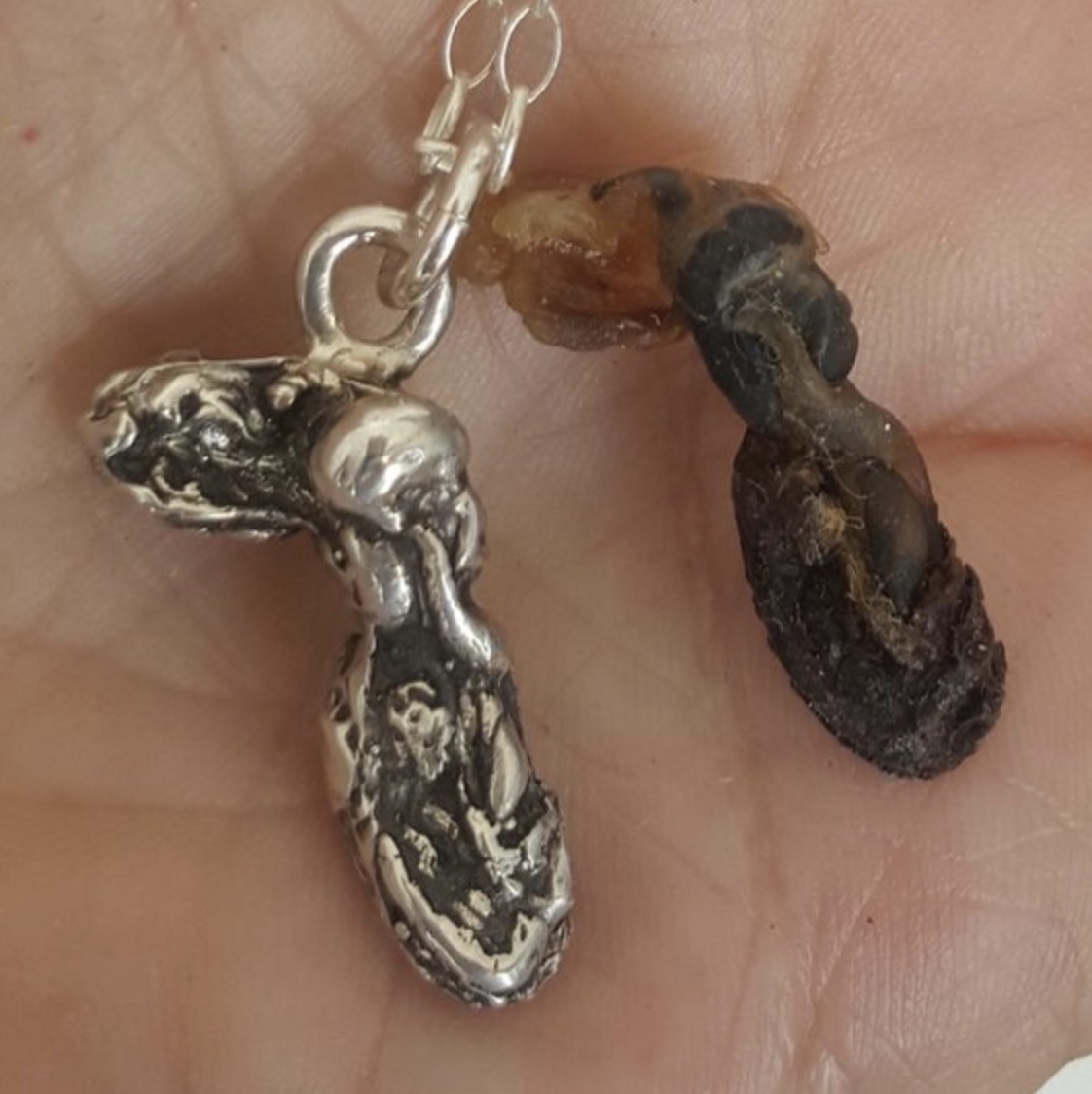 Since umbilical stump jewelry went viral this week, people across social media had a variety of reactions. 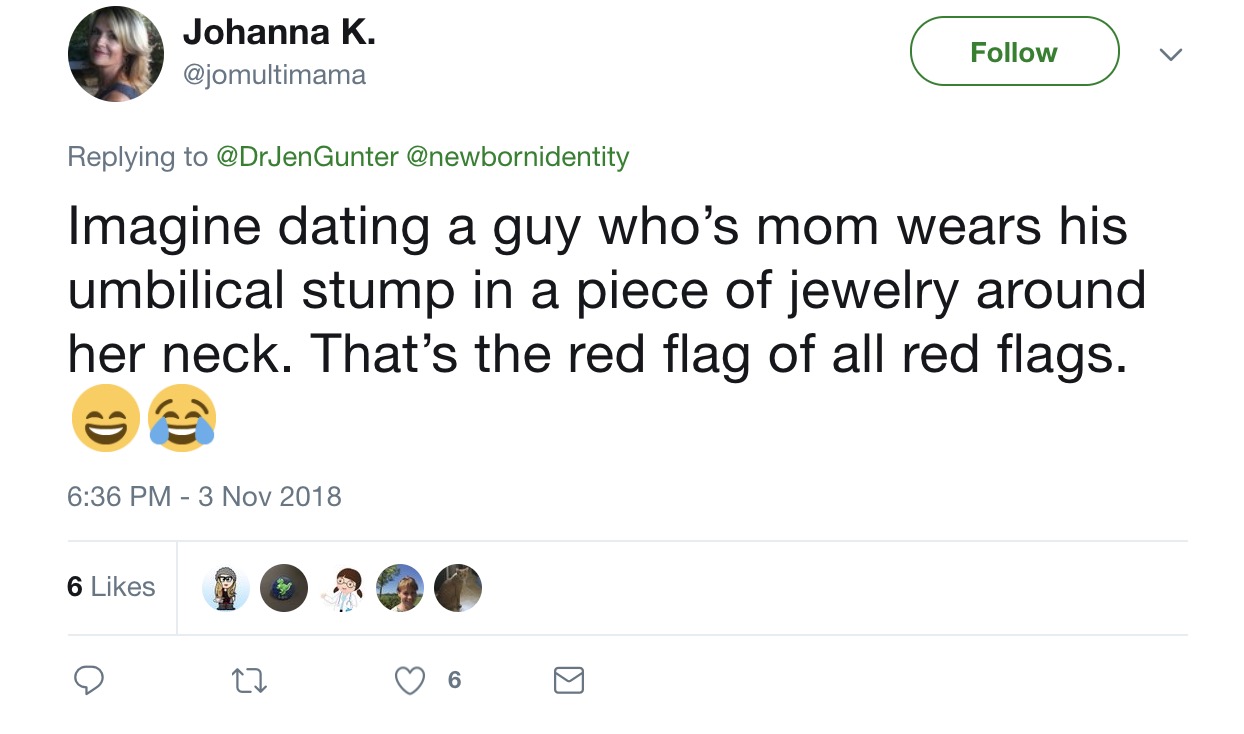 But for others, the idea of saving an umbilical cord wasn’t that weird. 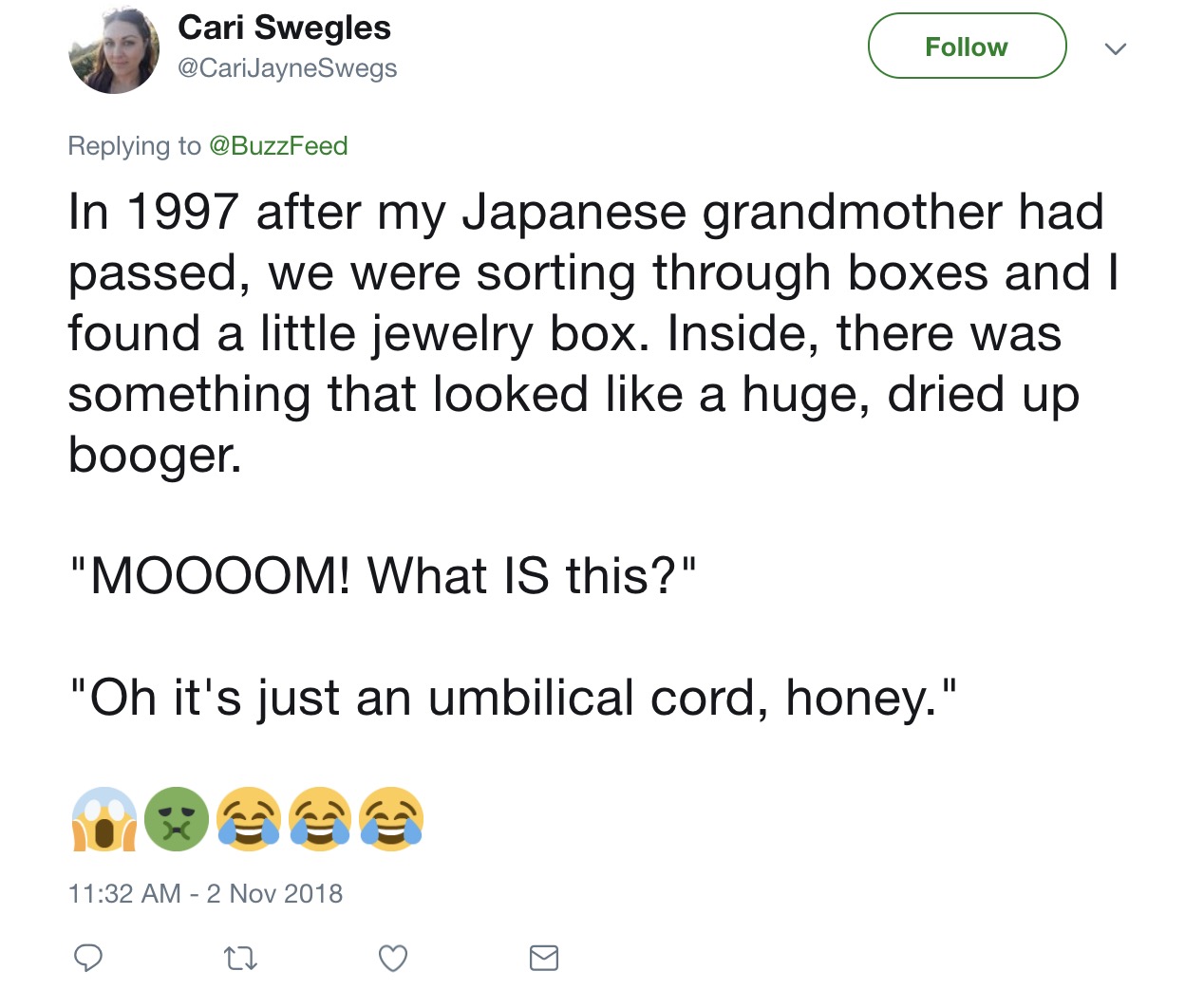 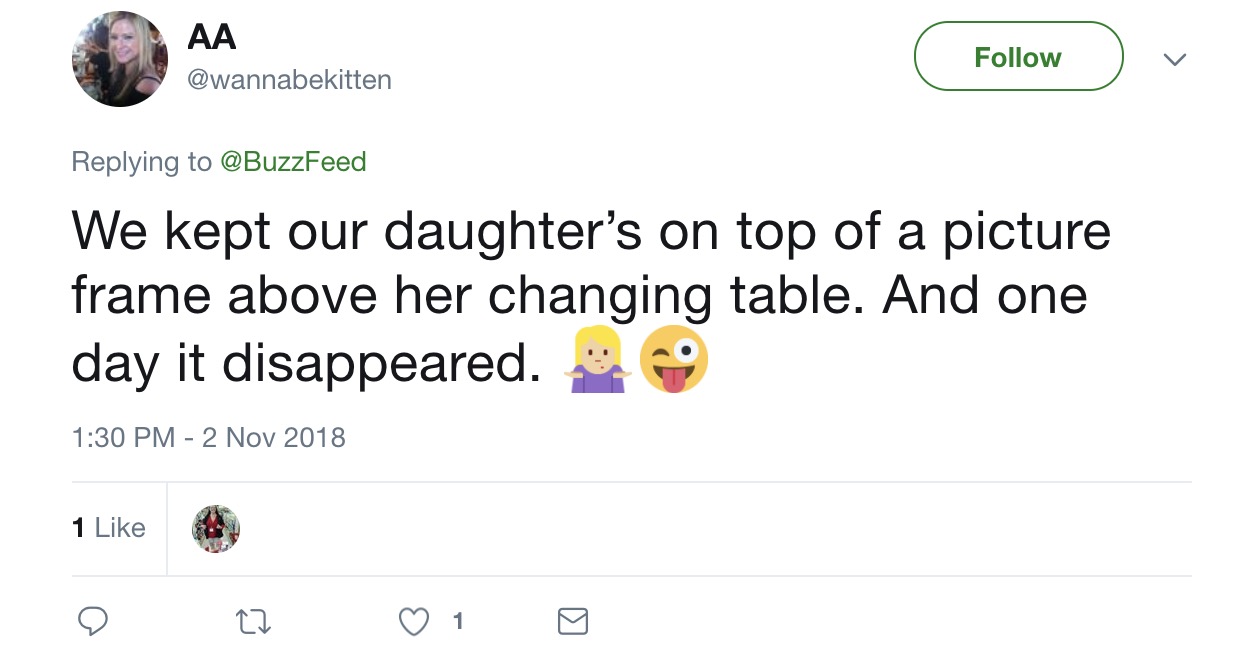 A word of caution, though: dogs love ’em. 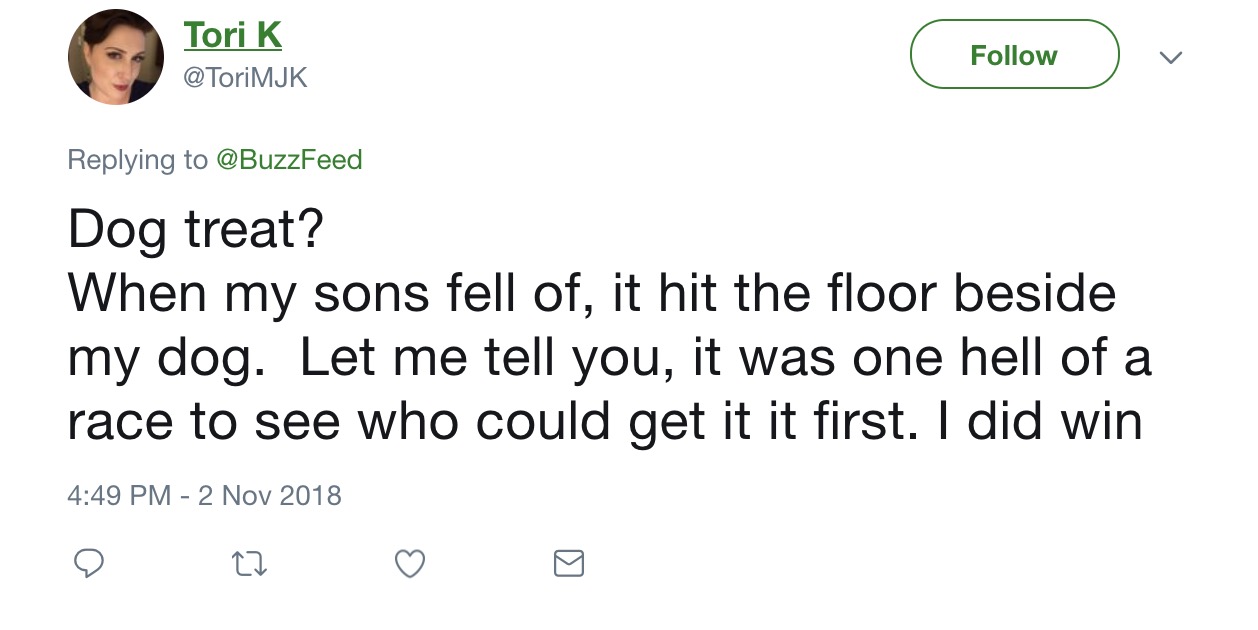 It’s definitely an exciting time for parents who want unique baby keepsakes. We’ll be sure to update you when someone comes up with a way to turn your infant’s first dirty diaper into a fashionable hat.