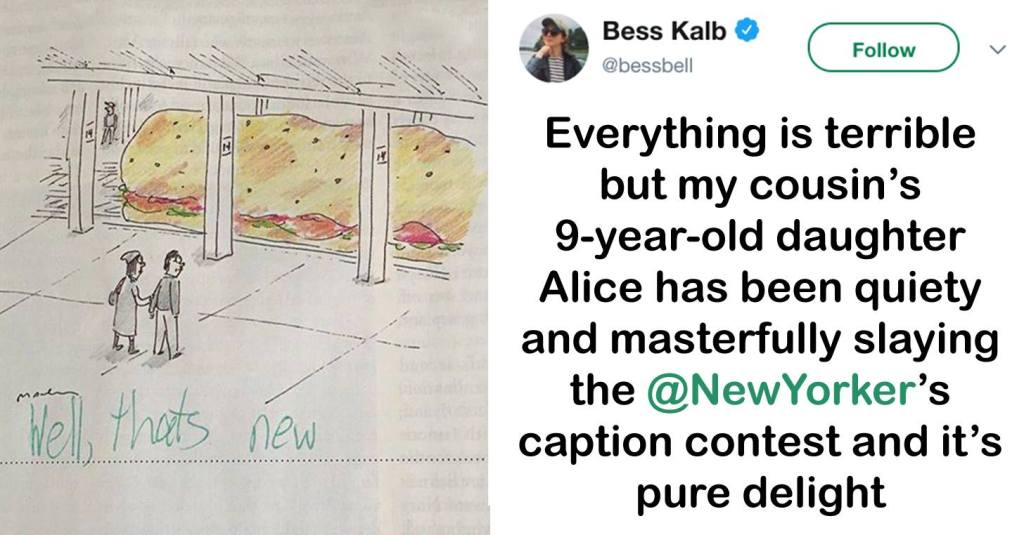 The New Yorker magazine has been around since 1925, and in that time it’s become as famous for its cartoons as it has for its literature and reporting. If you’re like me, you might even skip through the articles and just check out the cartoons. The New Yorker‘s cartoons have become so popular that they’ve even spawned a monthly caption contest, in which the magazine provides a cartoon and invites readers to send in their best one-liner to complete it, and this contest has become as popular as the cartoons themselves.

But one caption writer stands above both the professionals and the amateurs. Her name is Alice, and she’s just nine years old.

The post racked up over a hundred thousand likes, and it’s easy to see why. Scroll down and check out some of Alice’s best work, before she inevitably gets a job at The New Yorker. 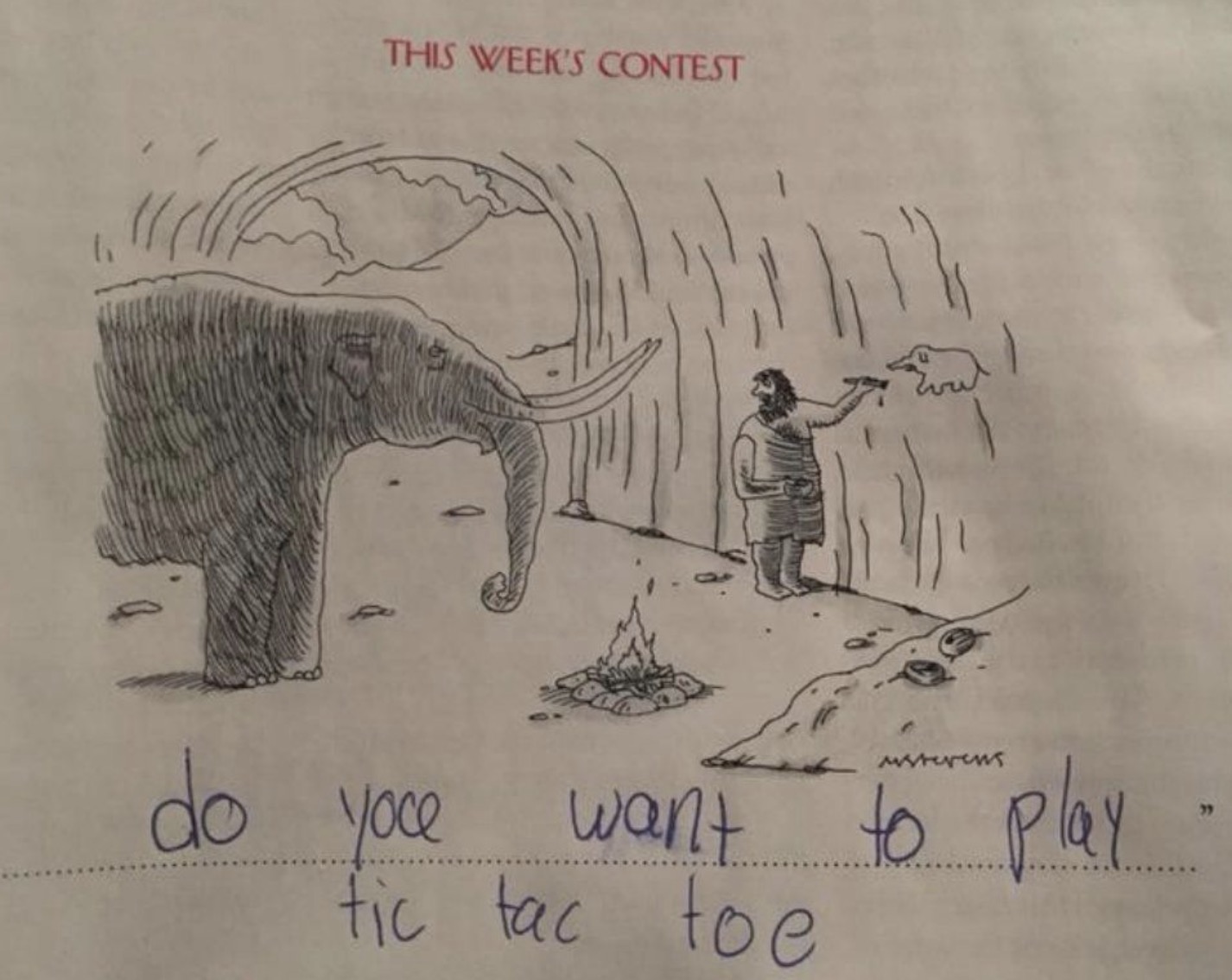 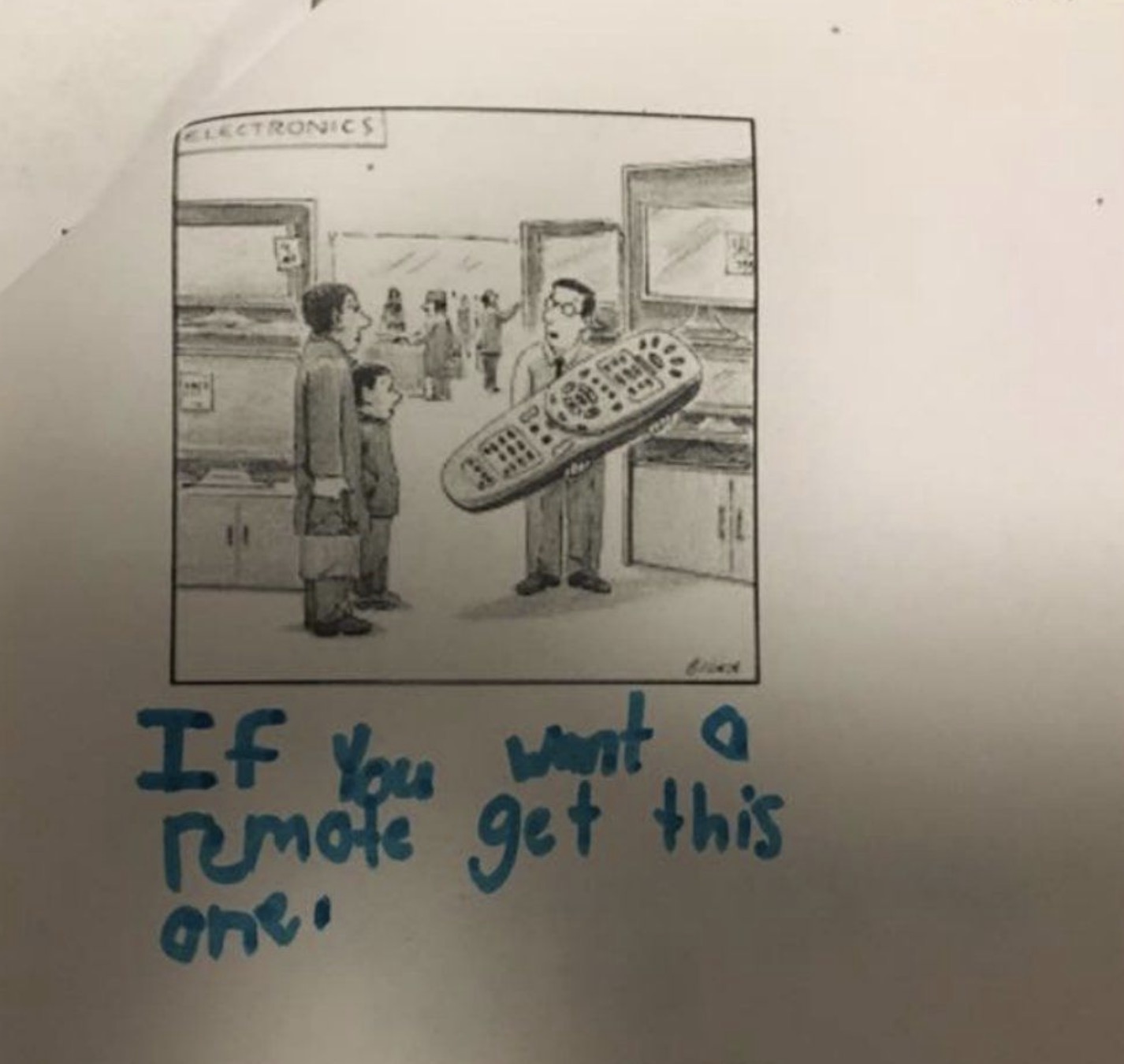 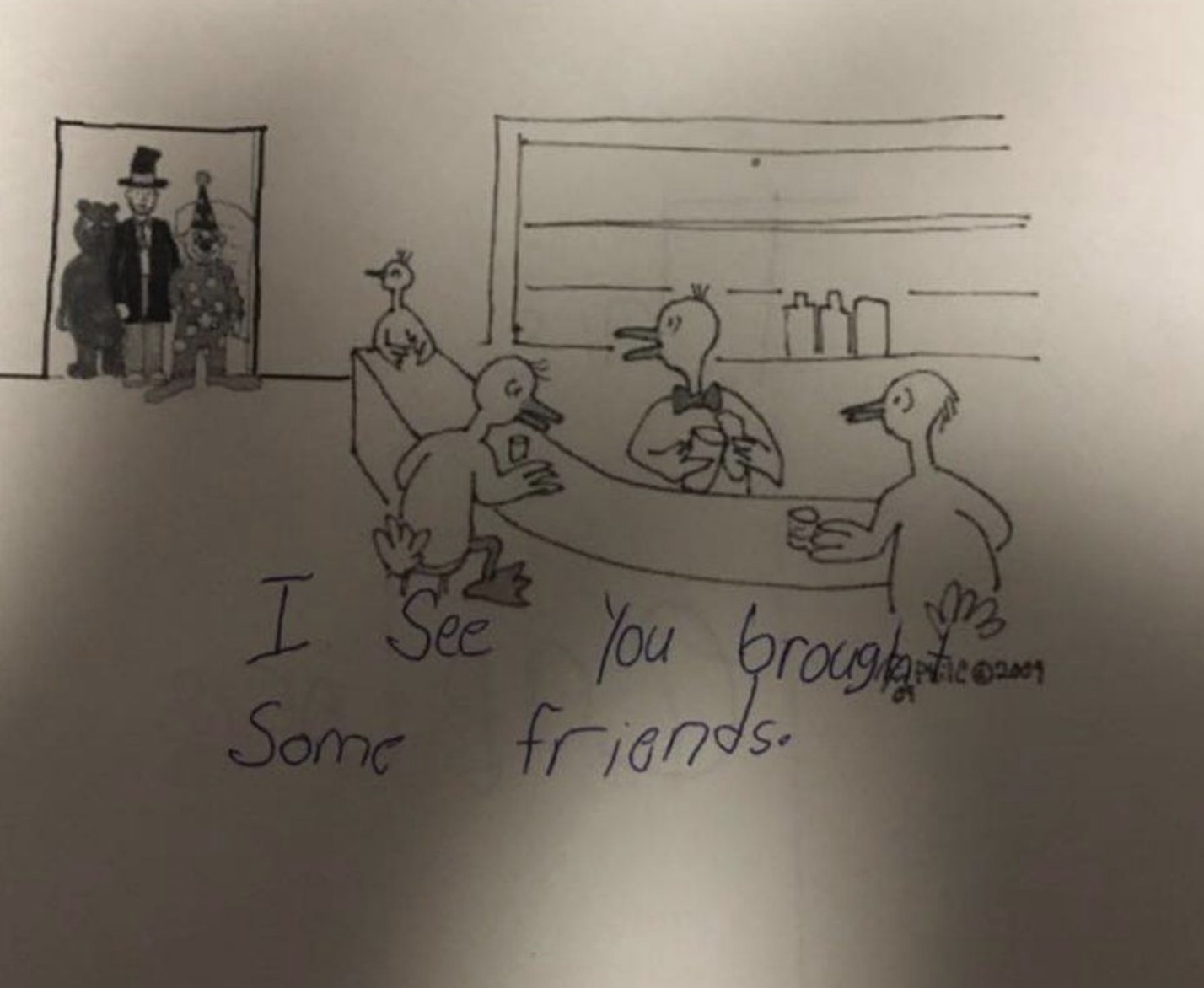 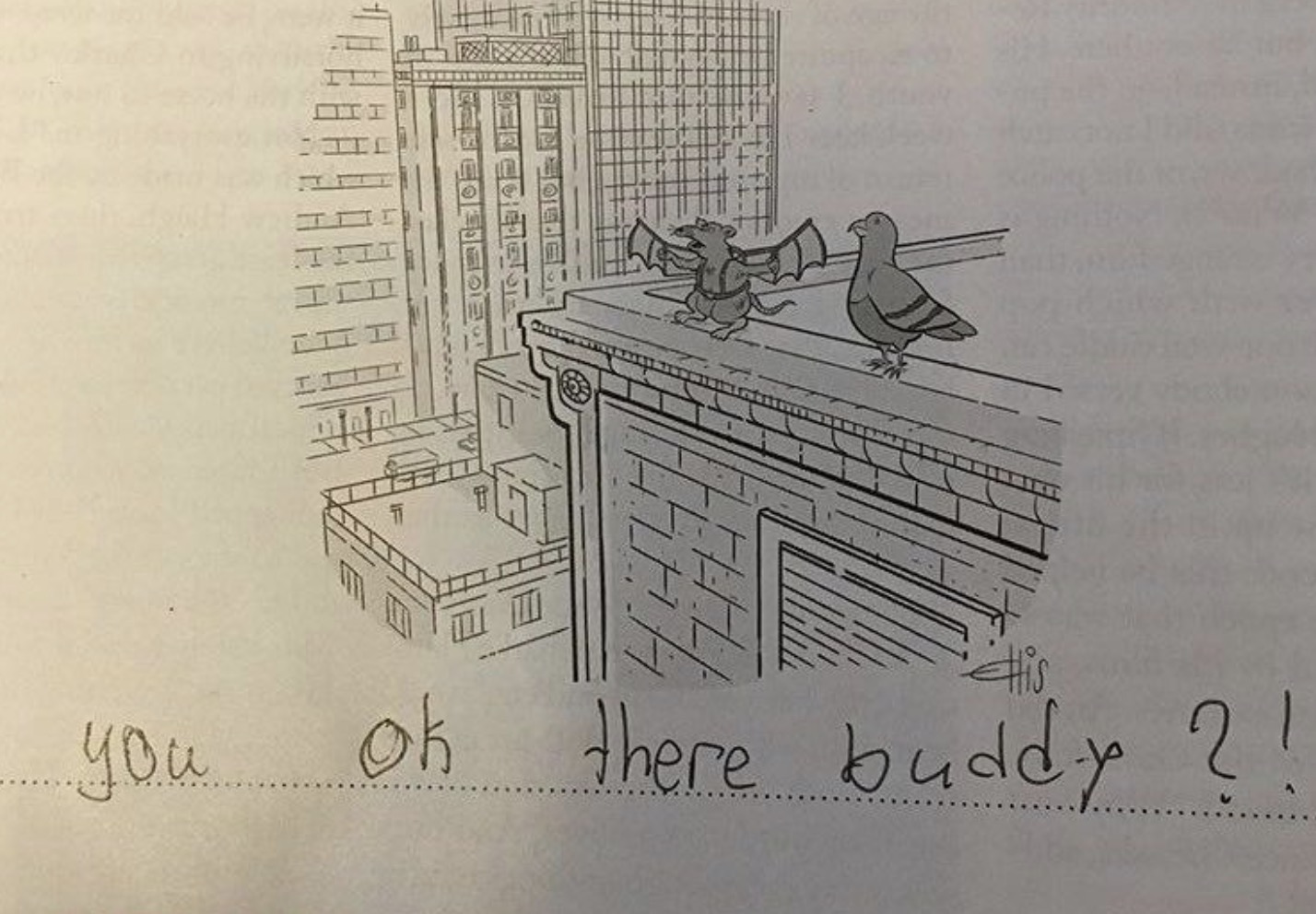 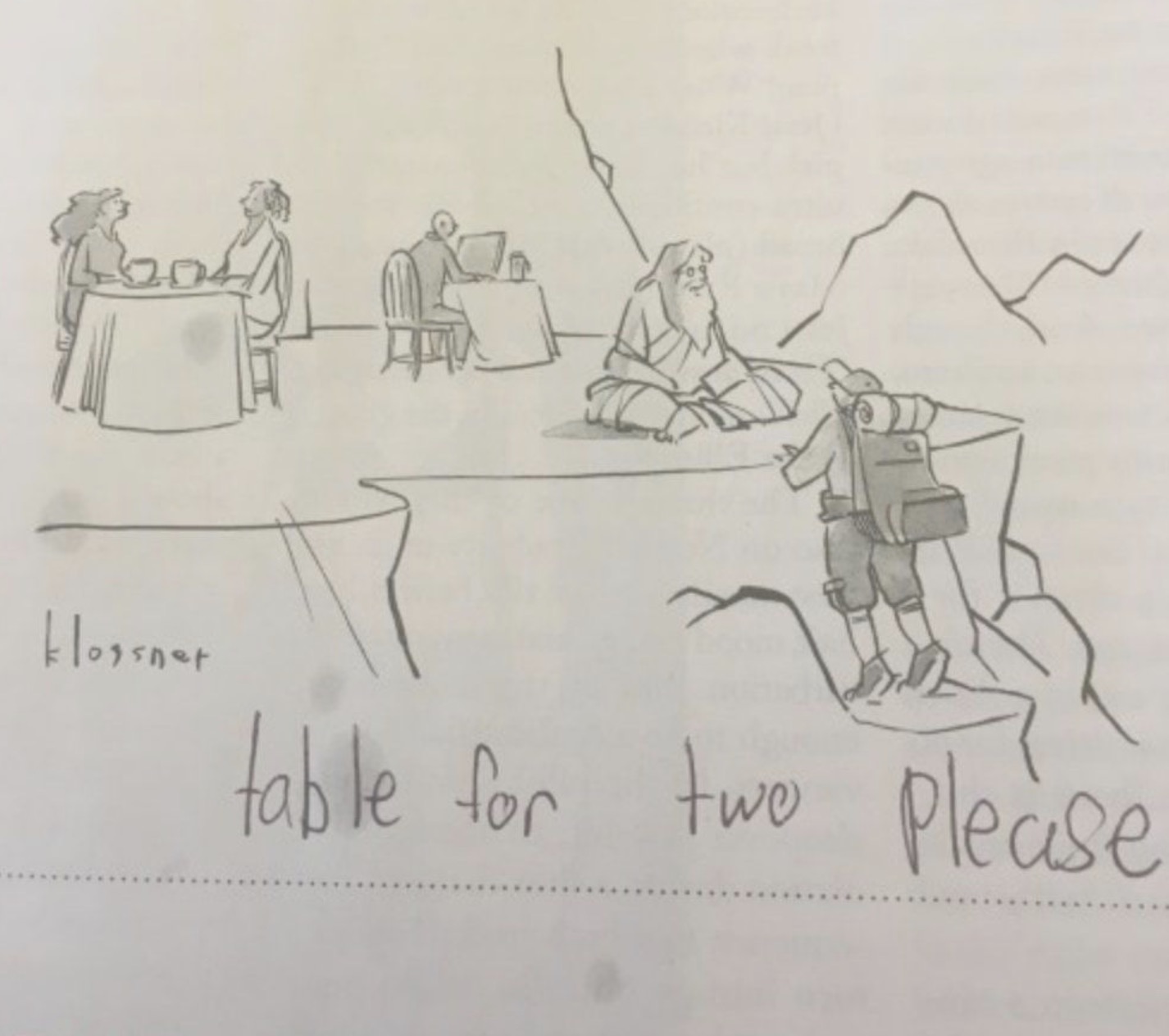 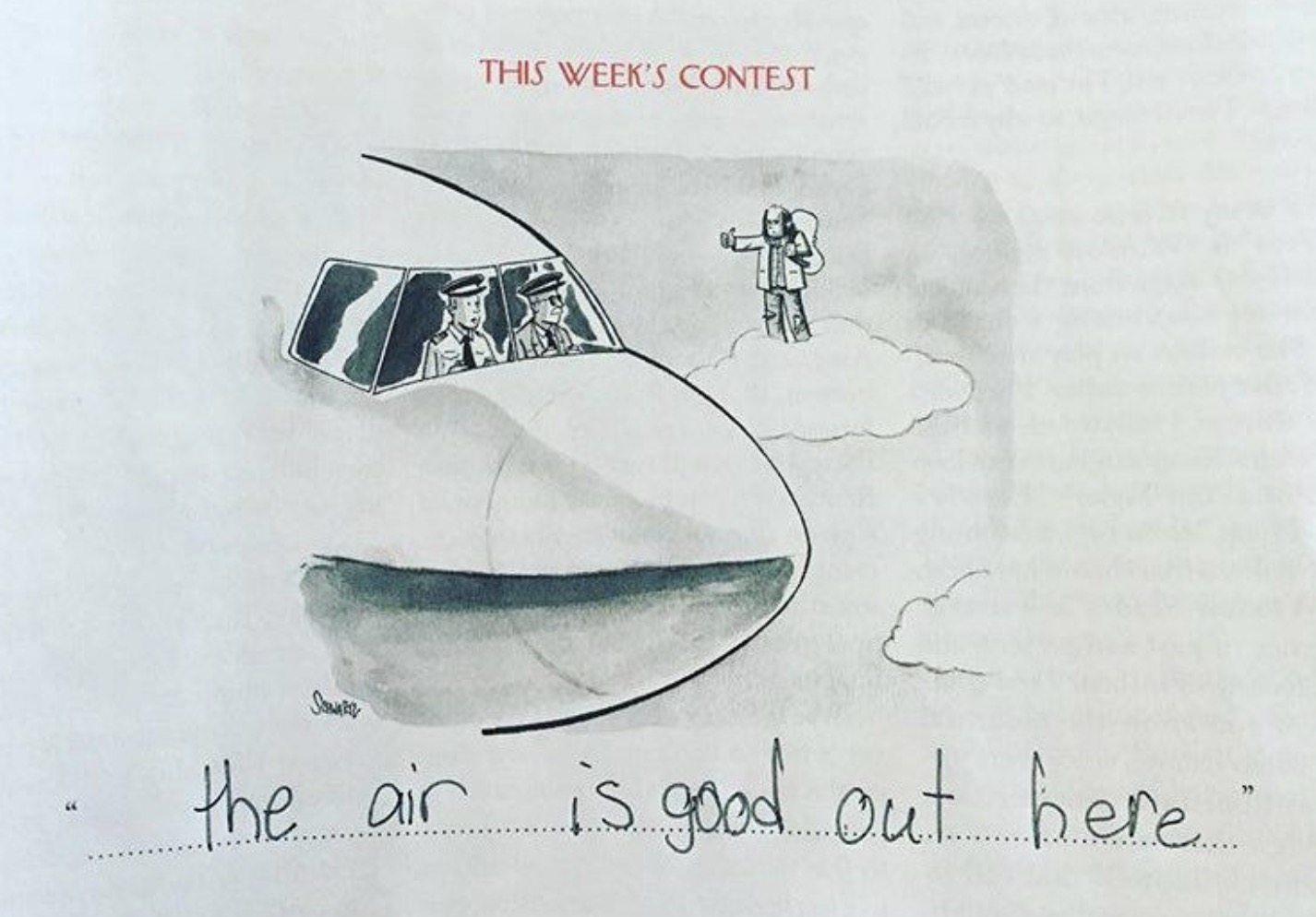 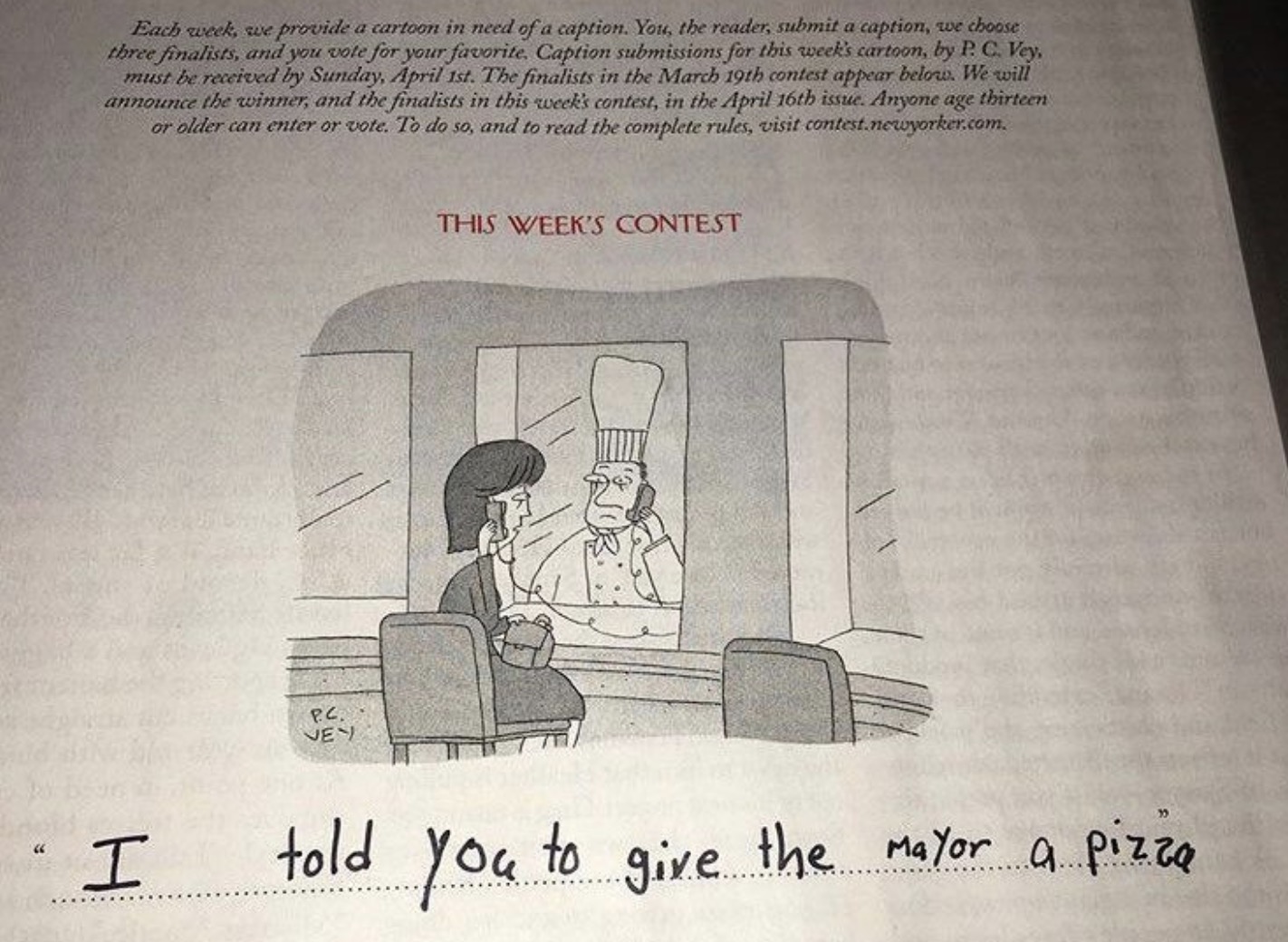 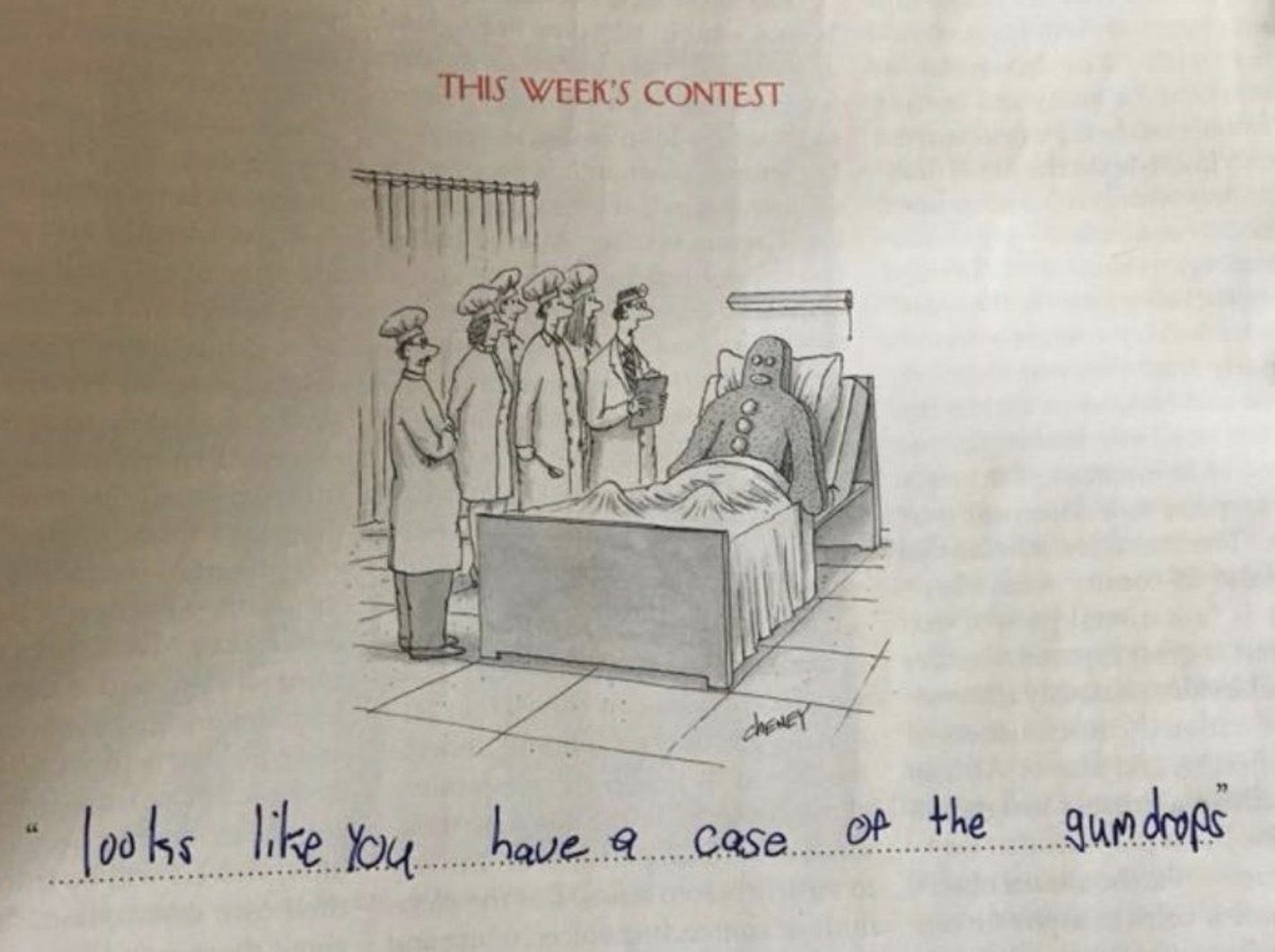 9. Two is the loneliest number. 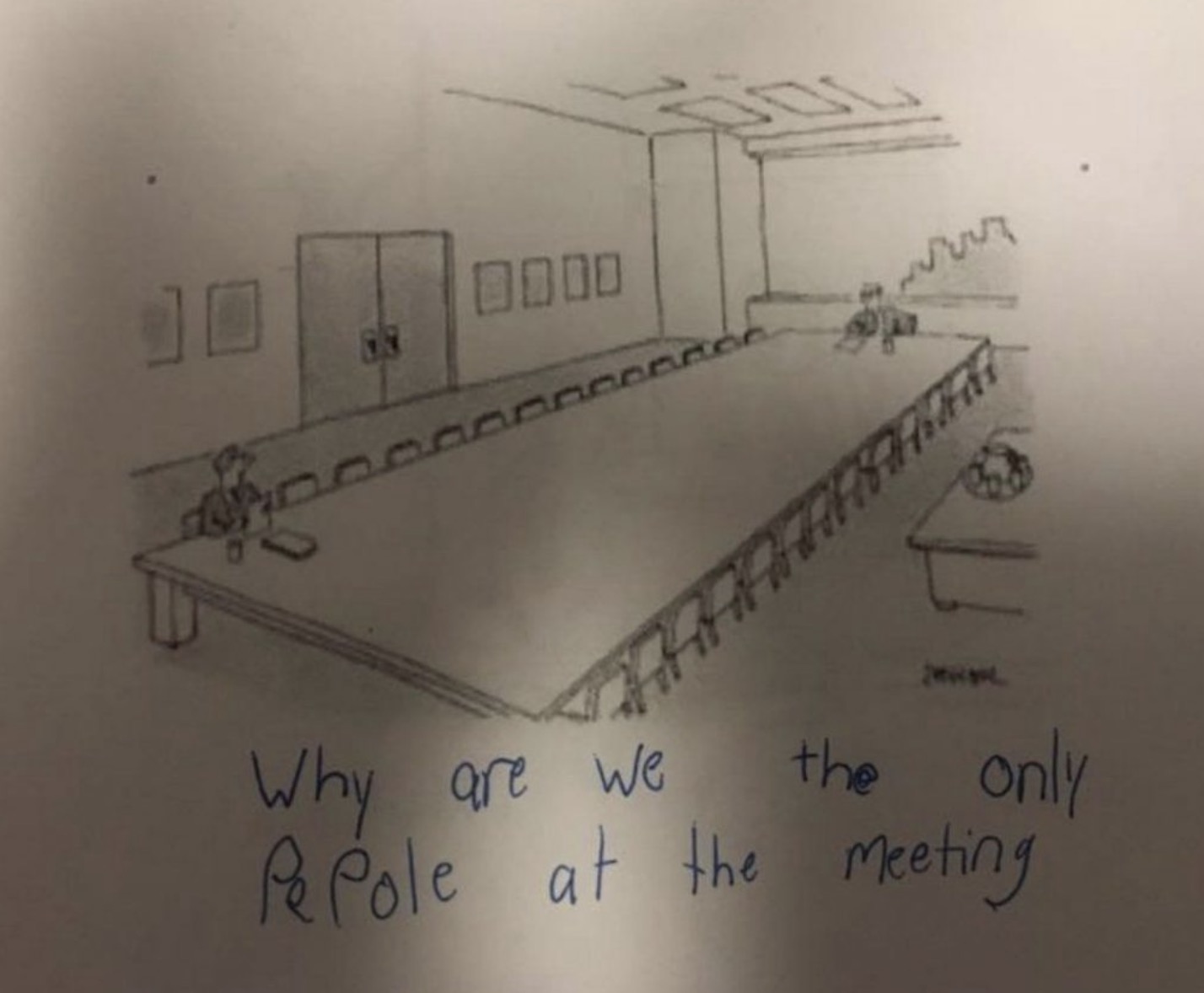 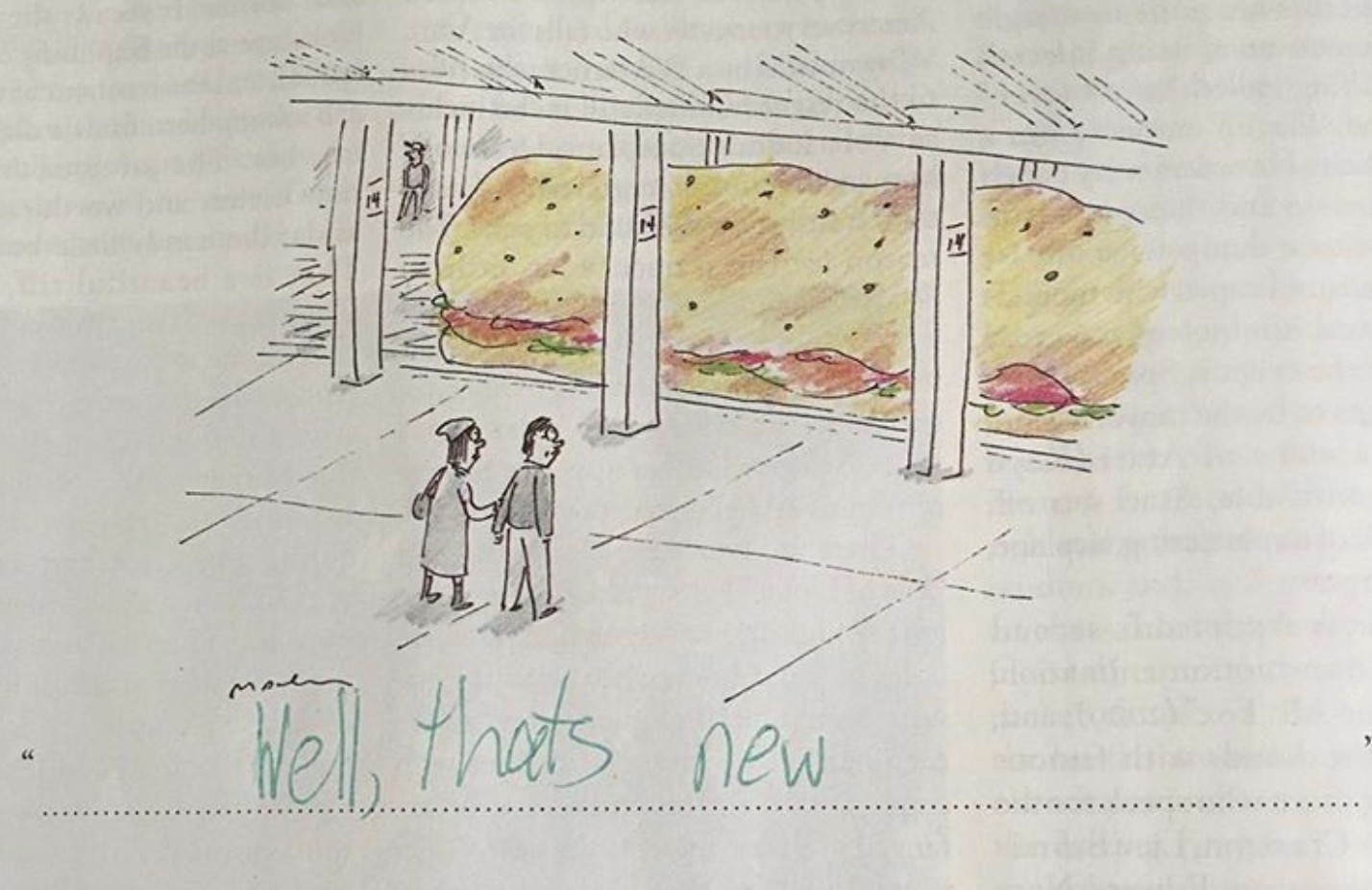 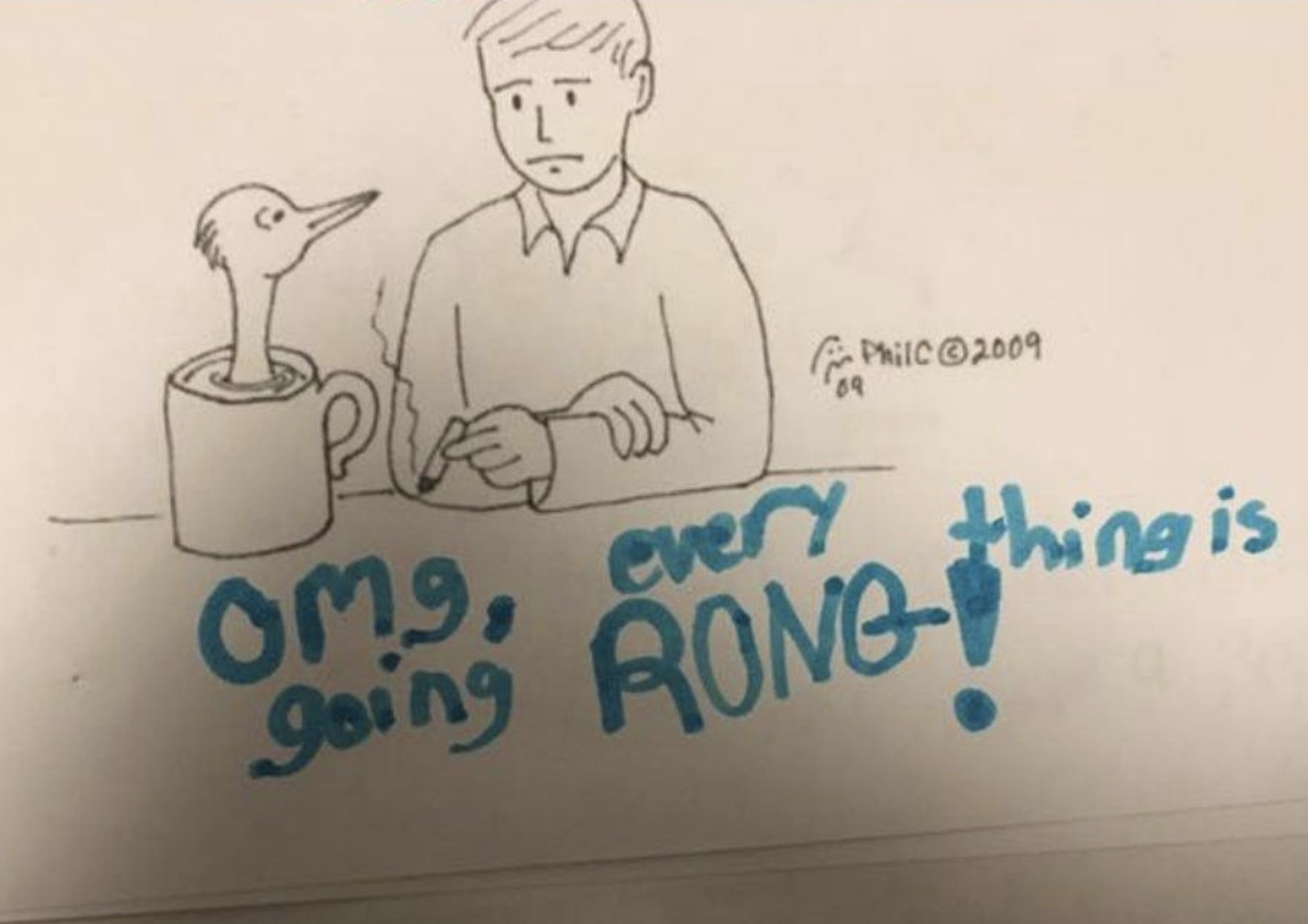