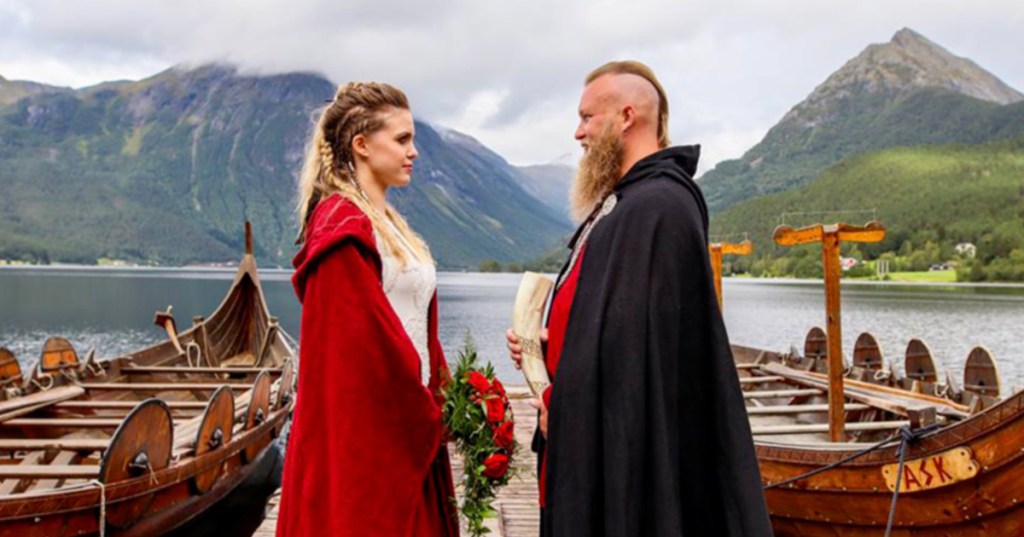 If you’re the sort of person who wants to have a themed wedding, it can be difficult finding a theme that hasn’t already been done. People have thrown superhero weddings, Game of Thrones weddings, and more Star Wars weddings than there are actual stars in the galaxy.

Instead of struggling to come up with a wedding that’s totally unique, I have another idea: why not have a wedding theme that’s been done, but not for about 1,000 years? That’s what Elisabeth and Rune Dalseth did when they were married in a traditional Viking wedding ceremony. 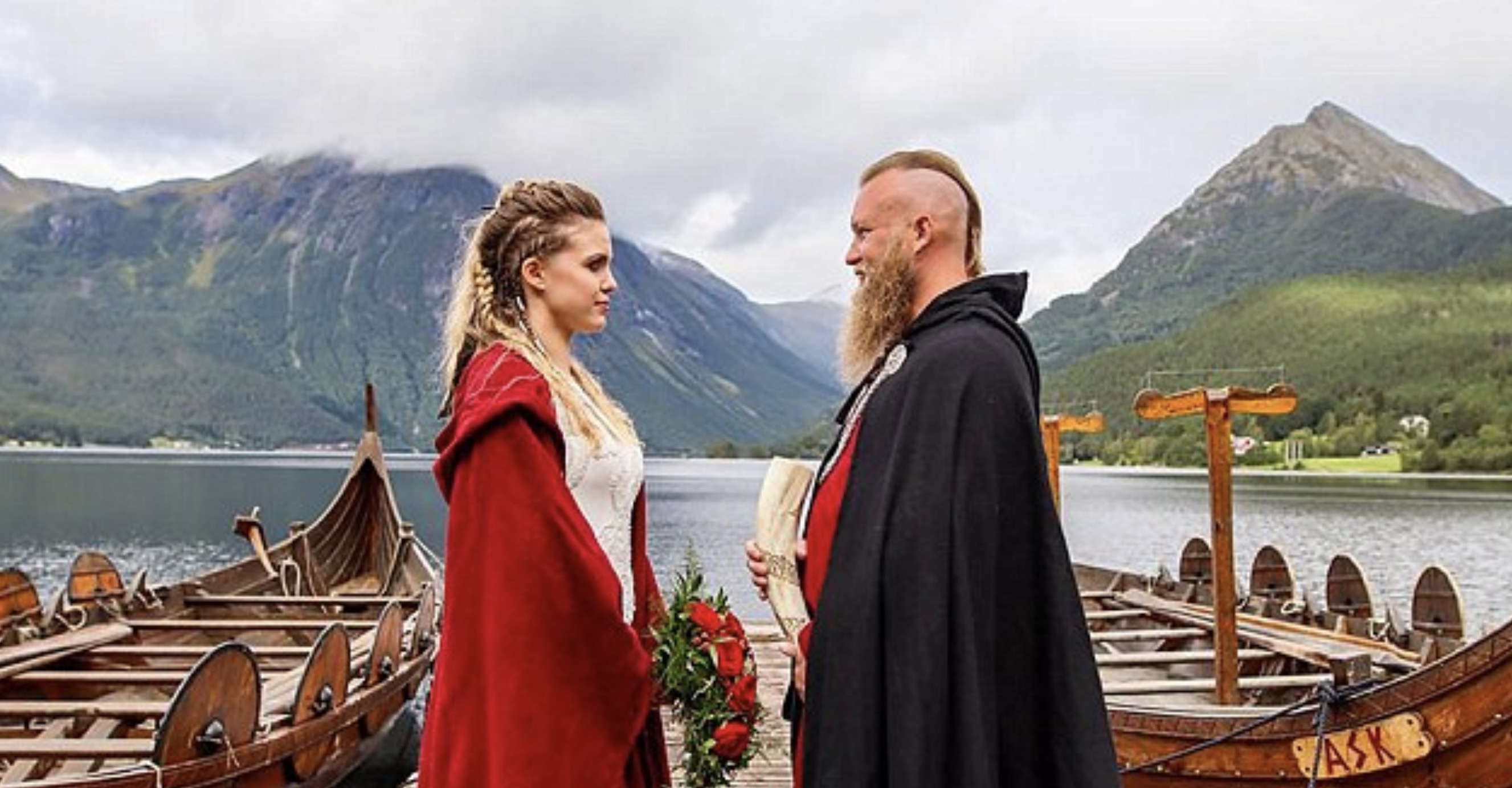 Elisabeth is 27 and a former beauty salon owner. Rune is 36 and works as a carpenter. But both of them are also part of a group of revivalists who celebrate the Viking culture. So when they decided to get married, they knew it had to be Viking-style. 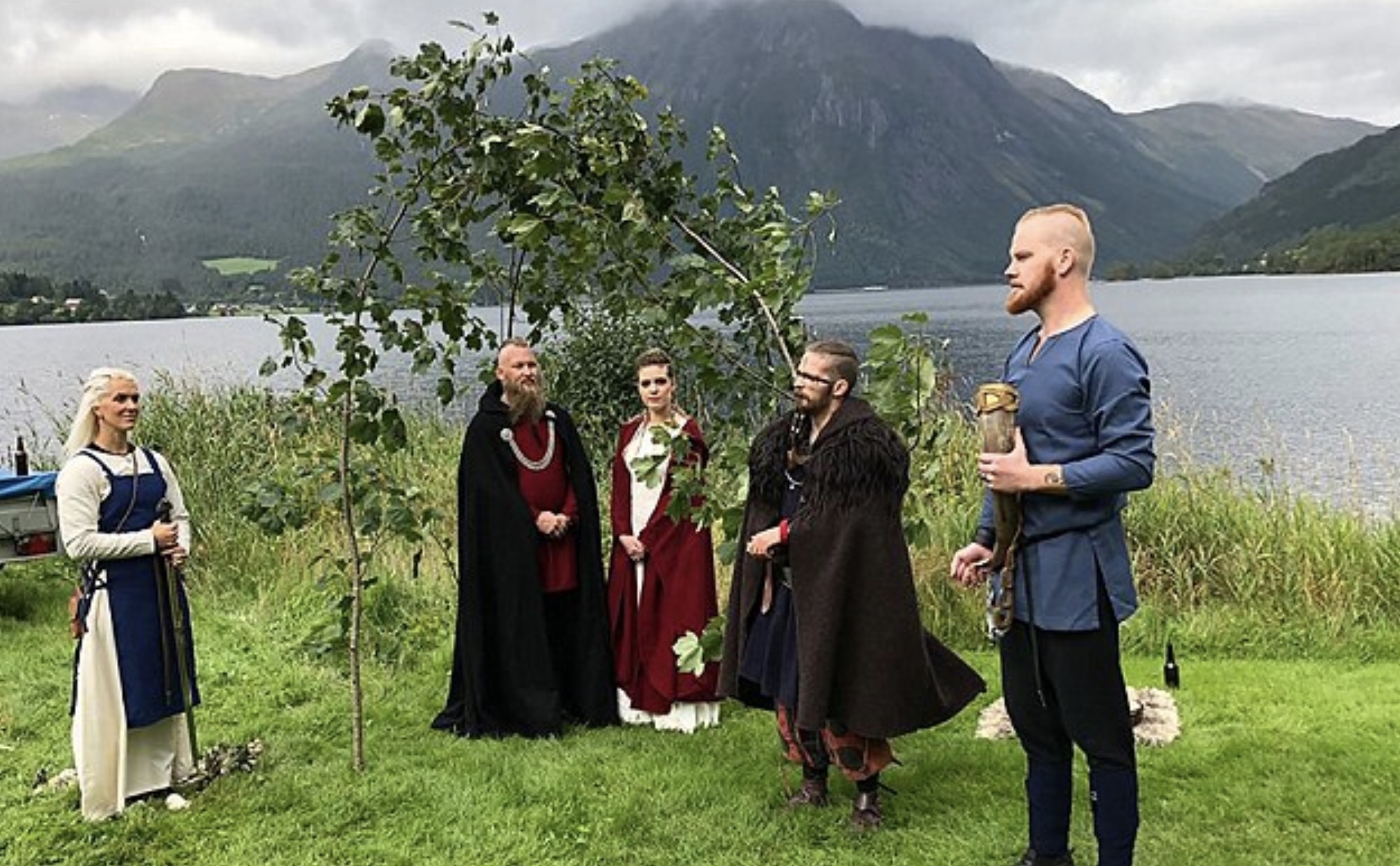 The lakeside wedding began when Rune boarded a longboat–one of two specially built for the wedding–along with 10 of his friends, and sailed across the lake to meet Elisabeth and their guests. His arrival was met with the blast of a hunting horn, allowing the ceremony to begin. Instead of modern string music, the couple were serenaded by Viking throat singers. If you’ve never heard this music style before, is quite a trip.

Instead of a religious official or judge, the couple were married by a gothi, or a traditional pagan priest who smeared himself in blood. Elisabeth’s father did walk her down the aisle, which was one of the few aspects of modern weddings they kept. 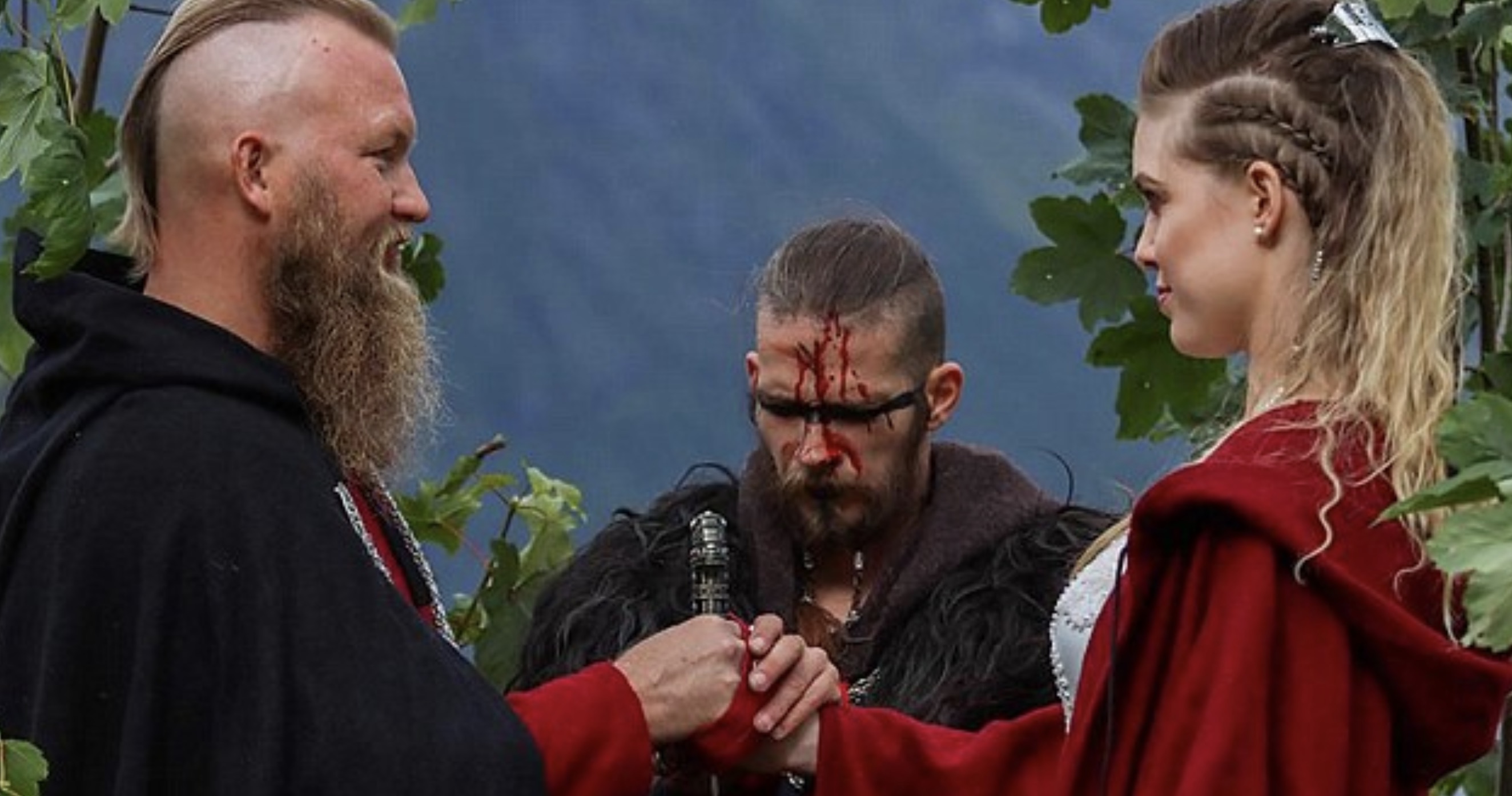 But it wouldn’t be a Viking gathering without a blood sacrifice, and Elisabeth and Rune did not disappoint. Before saying their vows, the couple performed a “blot” ritual, where a cauldron of pig’s blood is place on some stones, and then poured over small figurines representing the pagan gods. Then the blood is smeared across the bride and groom’s foreheads, symbolizing the union of gods and people.

Pretty soon this is going to replace cake cutting. You heard it here first, folks.

But the ceremony is only half of a wedding, and Elisabeth and Rune made sure their reception was suitably Viking-themed also. It started with a Brullaup–a race between the groom’s family and the bride’s family, where the losers have to serve alcohol to the winners. Elisabeth’s family won. 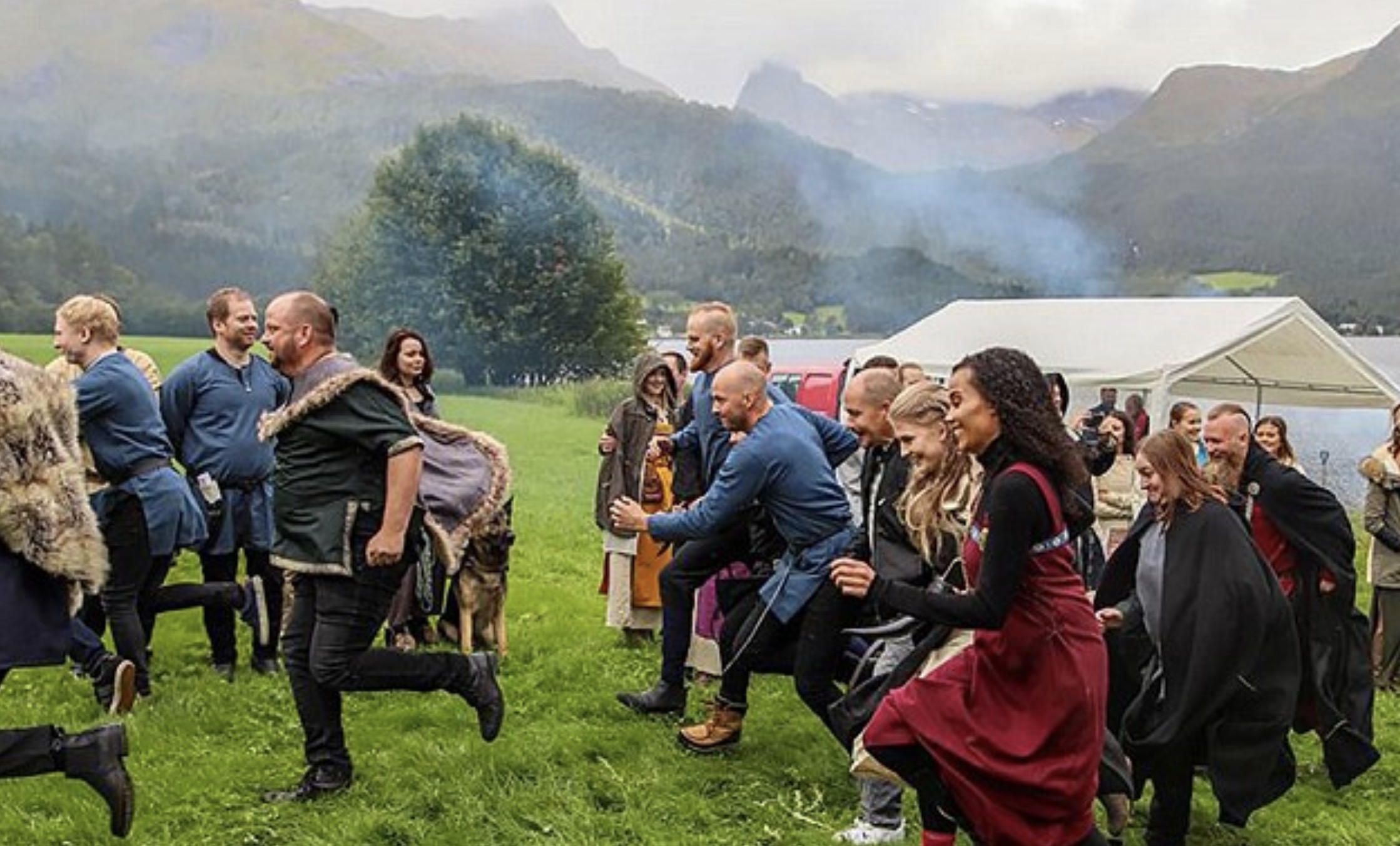 Their 130 guests enjoyed honey beer and roast pig, but no modern music. “We had no Spotify,” Elisabeth said. “Instead, we danced to live music that our ancestors danced to over a millennium ago.” 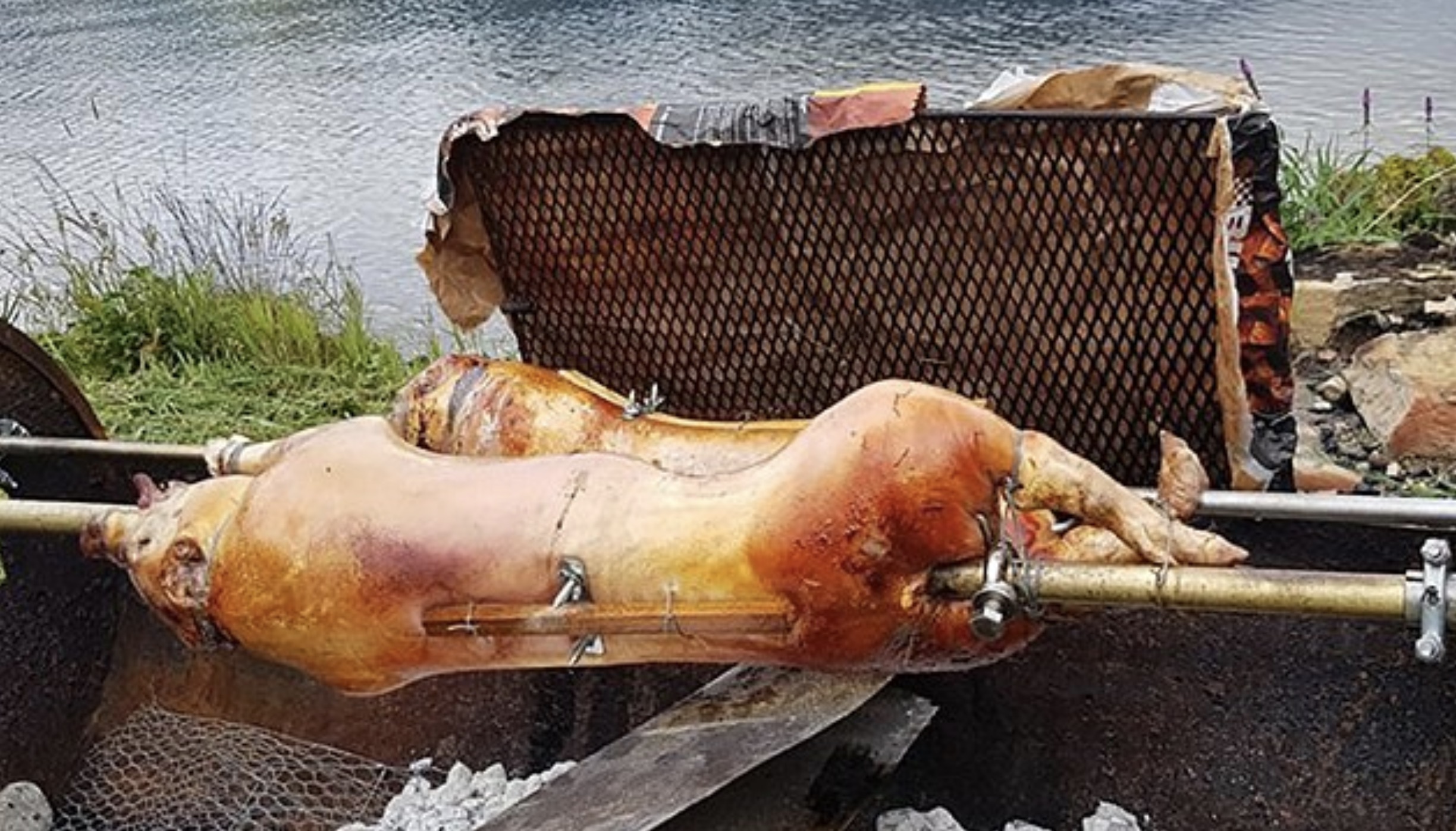 As you might imagine, putting together a Viking wedding isn’t easy–it’s not like you can just subscribe to Viking Brides magazine and follow all their tips. The longboats were built by a local shipbuilder. Traditional dress for the couple and their guests was hard to come by, and friends had to help procure it. And the gothi was another friend they met at a Viking festival near Oslo.

Elisabeth and Rune met in 2016 at a bar. Rune had already practiced a pagan lifestyle for two years, but for Elisabeth it was completely new.

“Rune completely opened up a new world for me, and I soon fell in love with the people and the spirituality of it,” she told The Daily Mail.

The couple also have a six-month old son Ragnar, named after a legendary Viking warrior. 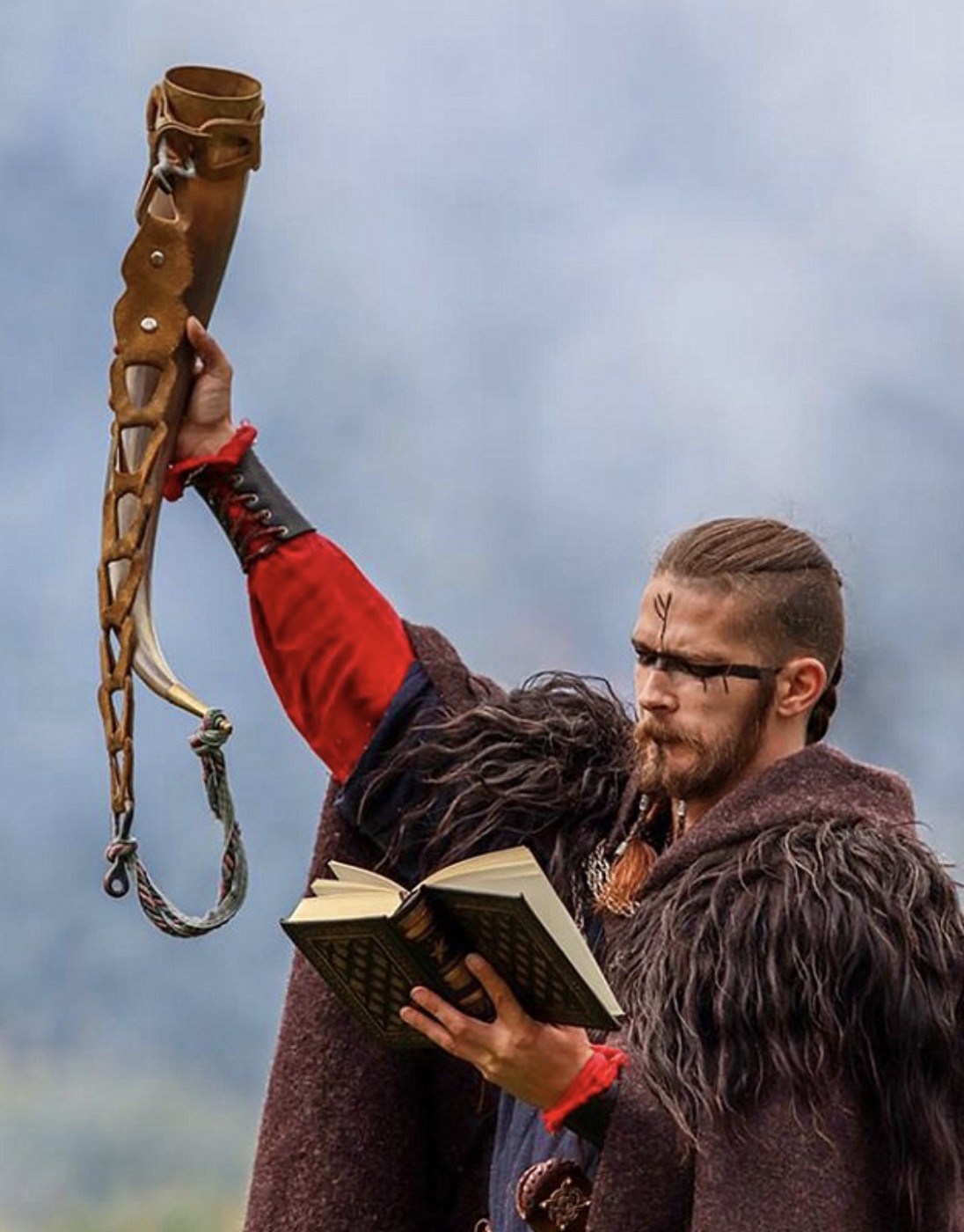 “I think if you go to a wedding like ours, you will definitely think differently about what it is to be a Viking,” Rune said. “‘What people don’t mention is that Vikings were people who had a great appreciation for nature, for the land and for animal life. We want people to be more aware of that.” 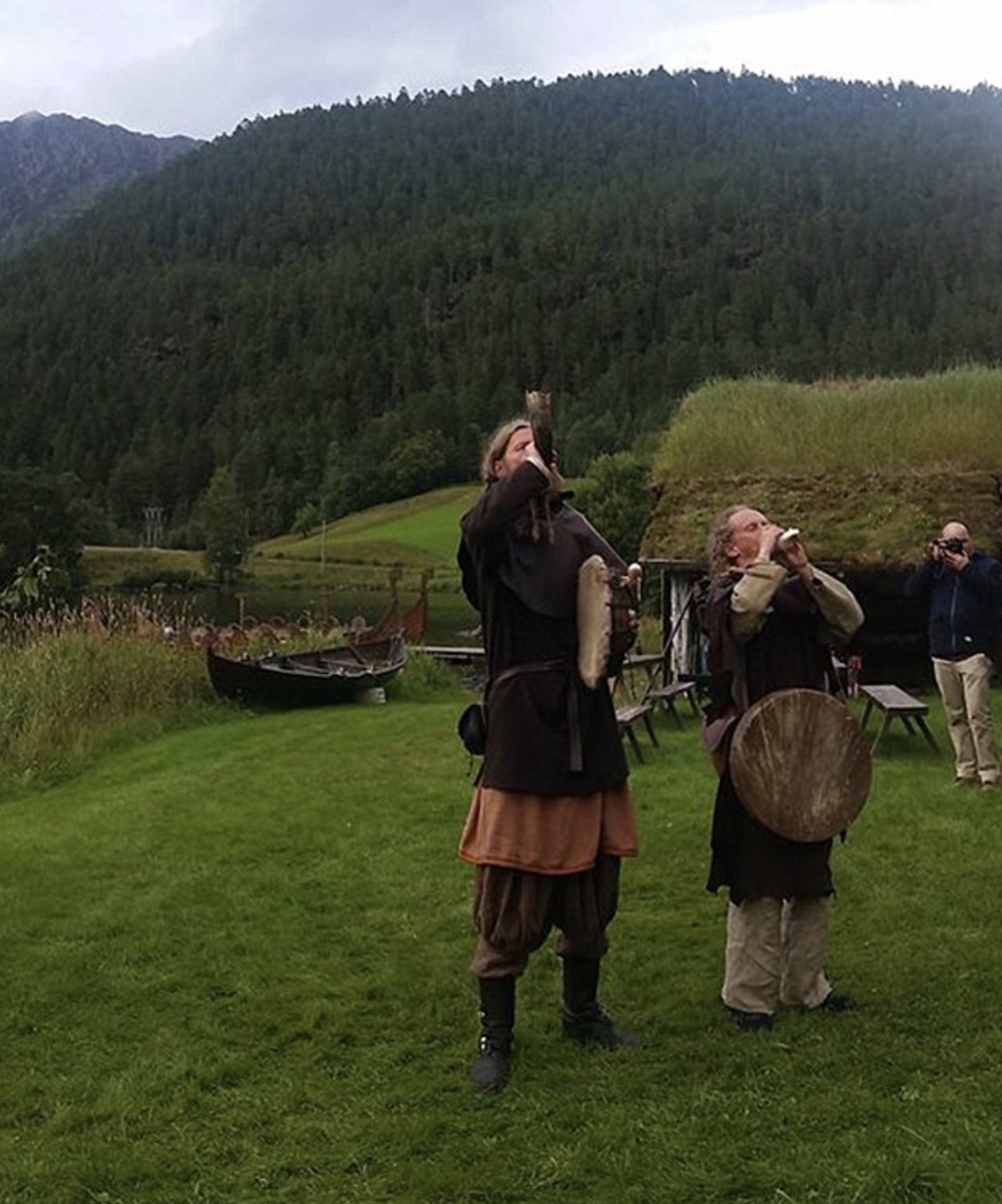 Still, any time you have a themed wedding, some people are going to be skeptical, and Elisabeth and Rune’s wedding was no exception. Rune’s family are devout Christians, and they were hesitant to support a pagan wedding. But Rune says his pagan lifestyle has turned his life around. “Before I was a Viking, I didn’t have a wife, a baby and a house – now look at me.”

Despite some misgivings, everyone got together and had a great time. 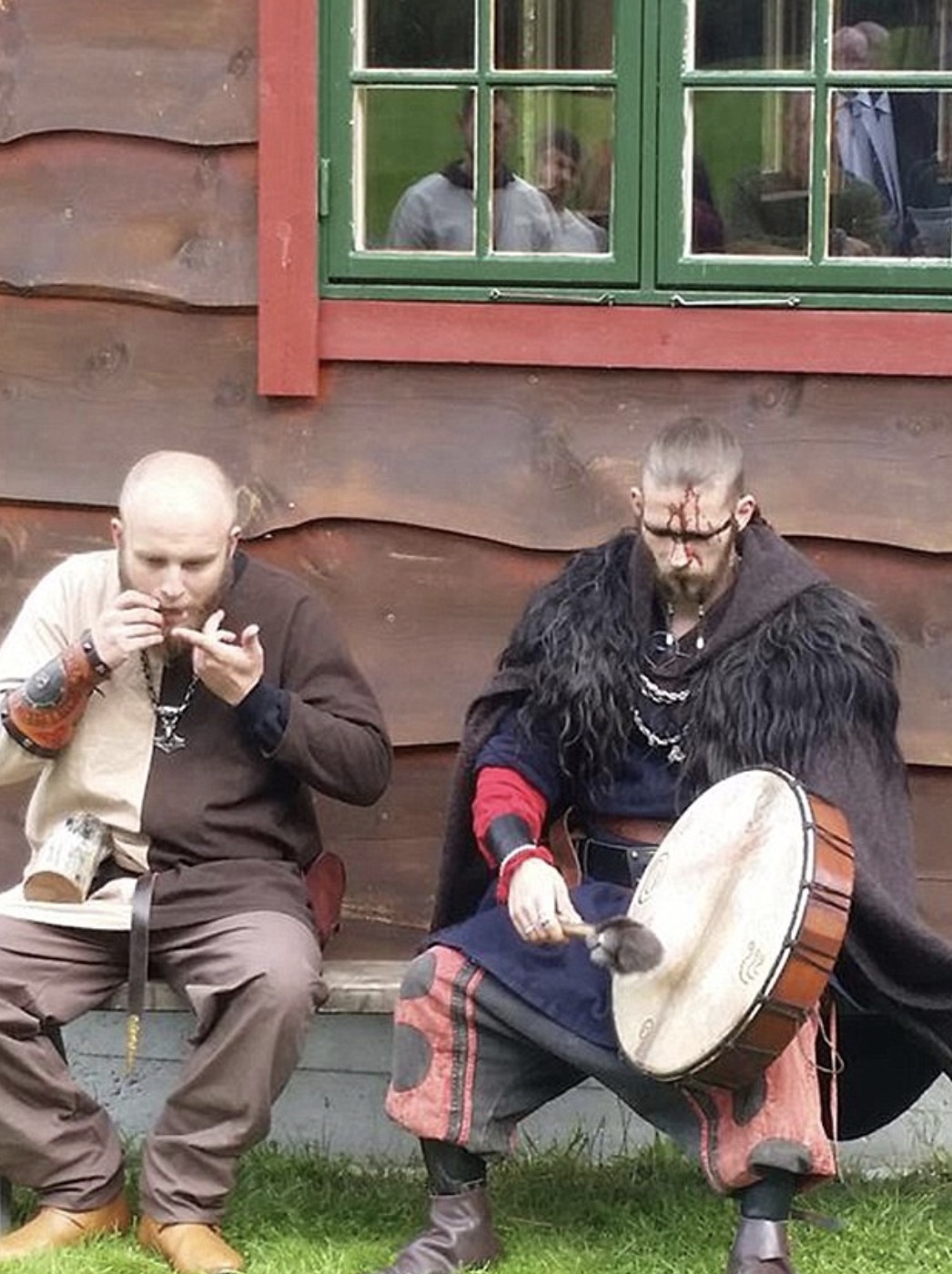 Elisabeth and Rune didn’t say what they plan to do for their honeymoon, but if a bunch of villages on the coast of England start being pillaged and burned, we probably know why.

h/t: LADBible and The Daily Mail