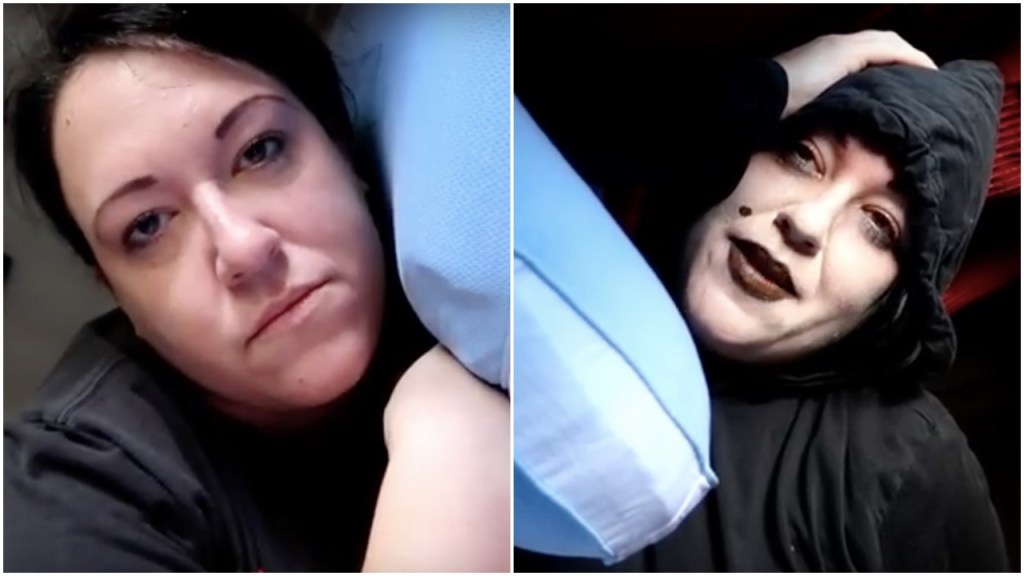 Anxiety sucks. There, I said it.

As someone who suffers from anxiety, it’s always comforting to hear from other people who deal with it, too. From standing in the way of chores to invading your thoughts at the worst moments, anxiety has a nasty way of messing up your best-laid plans. If anxiety was a person, they would be annoying – like, really sucky. Think the worst roommate you’ve ever had, times 1,000.

But don’t take our word for it. Tiffany Jenkins of the mega-popular page “Juggling The Jenkins” has made a video showing exactly what it’s like living with anxiety. The result is as funny as it is insightful.

In just over two minutes, Jenkins offers a glimpse into the daily battles she faces as a mother with anxiety.

And while the video is pretty funny, she makes sure to remind her viewers that anxiety is a serious issue. “Anxiety sucks, man. It’s a battle that only those who have experienced it understand,” she wrote to fans. “You are not alone, and it’s okay to ask for help.” Wise words.

Anxiety disorders are some of the most common in the United States, with an estimated 40 million adults over the age of 18 living with some form of anxiety. No wonder her video has been viewed more than six million times.

And if you want to see more, we’ve got great news. Not only does she have another video about living with anxiety, but she’s got a whole bunch of other videos dealing with everything from exercise videos to random thoughts.

Thank you, Tiffany, for perfectly capturing what so many of us live with. If we can’t laugh at our struggles, then what’s the point?