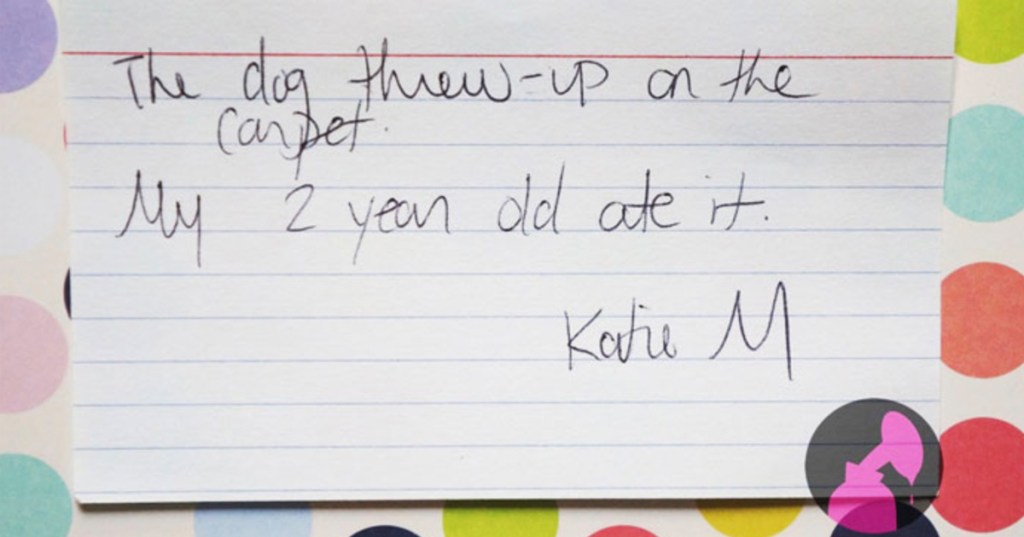 One of the biggest surprises to a first-time parent is just how strange their child can be. Part of that is because kids are still learning the rules of the world, which often means breaking those rules and seeing what happens–it turns out cleaning the kitchen floor with just your tongue tastes really bad! Another reason is that most kids have both an insatiable curiosity combined with a poor understanding of consequences. Yeah, it might be really fun to dress your poop up in Barbie clothes, but then Barbie is out a miniskirt. Finally, kids are much less inhibited than grown adults are, which means they’re prone to saying and doing things no adult would ever dream of, like broadcasting the news of Dad’s painful rash to a crowded department store.

But if you’re a parent on the receiving end of childhood weirdness, you aren’t alone! Because Shayna Ferm and Tracey Tee, hosts of the popular live comedy show The Pump & Dump Show, asked their audience members to anonymously share some of their own kids’ weirdness, and the answers were gold. Scroll down and check them out (via Bored Panda and The Huffington Post) while you barricade yourself in the bathroom until the next onslaught. 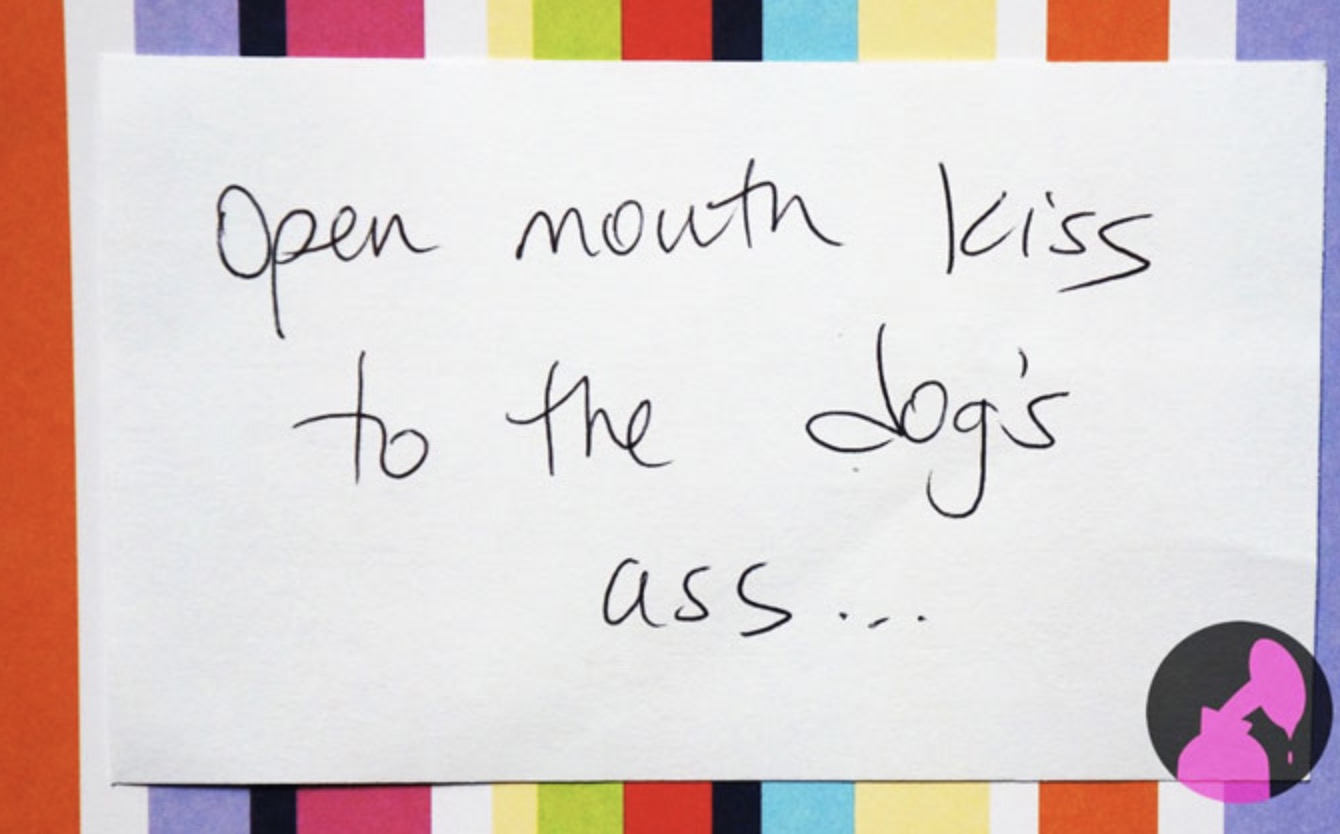 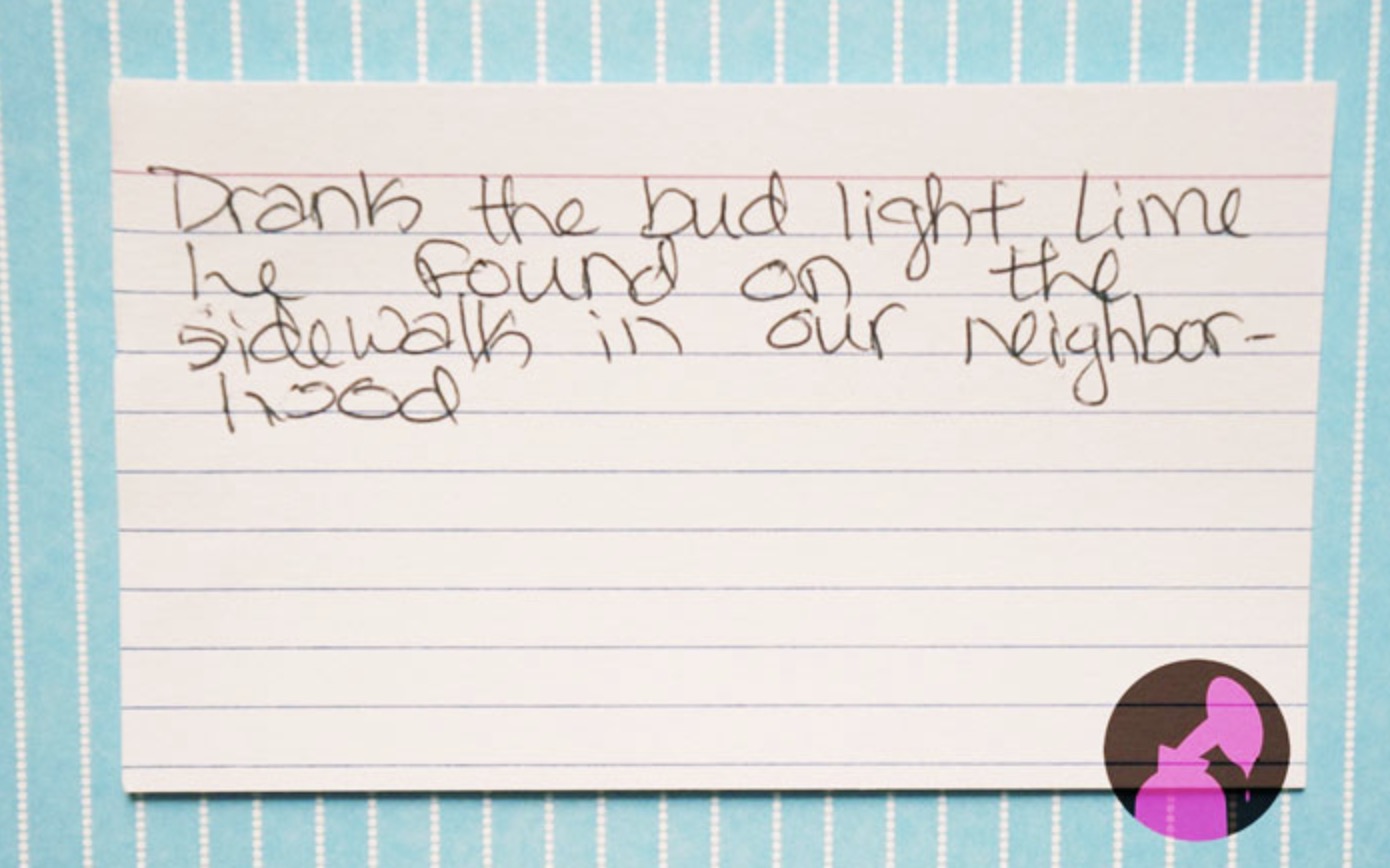 3. It’s all about accessorizing. 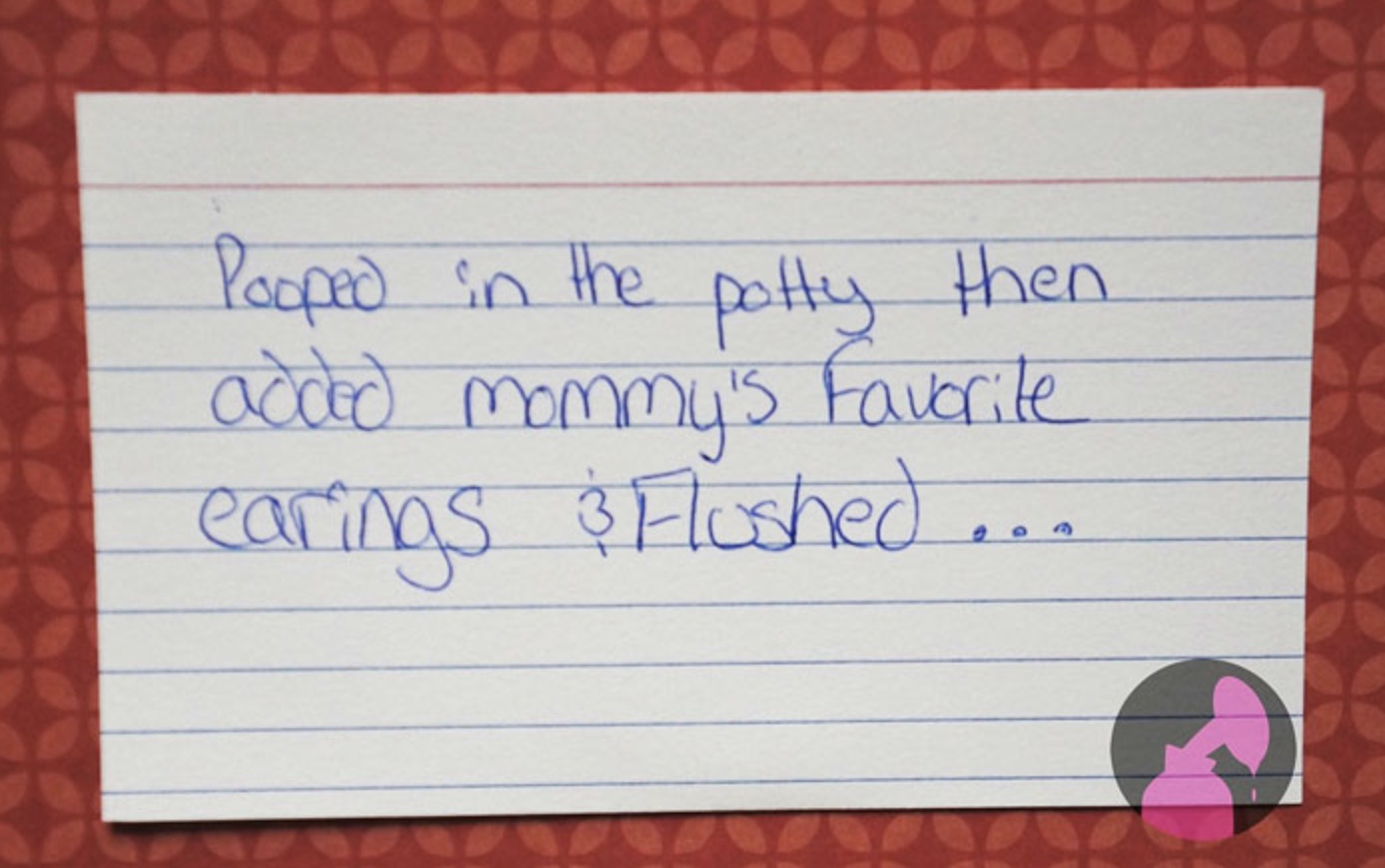 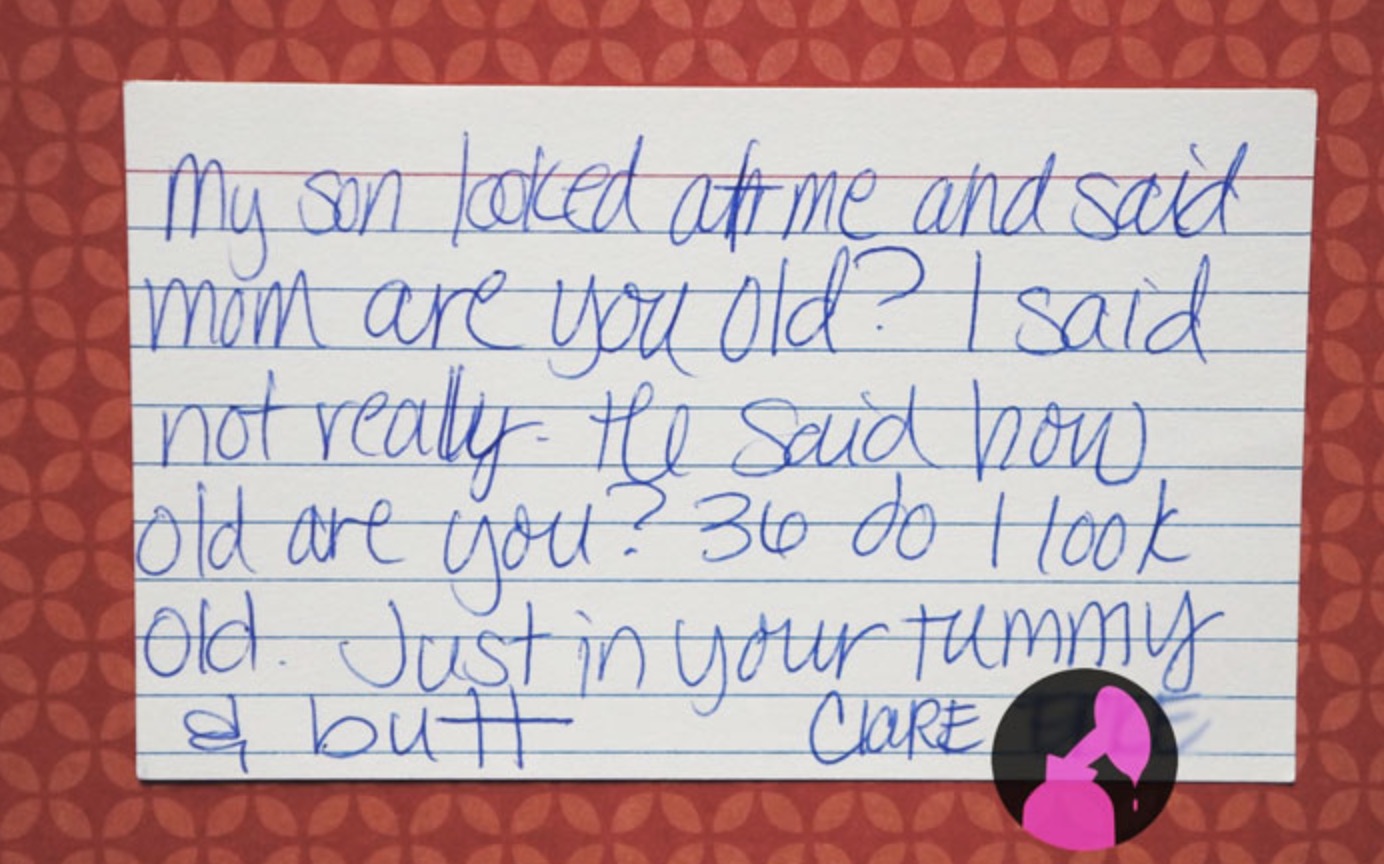 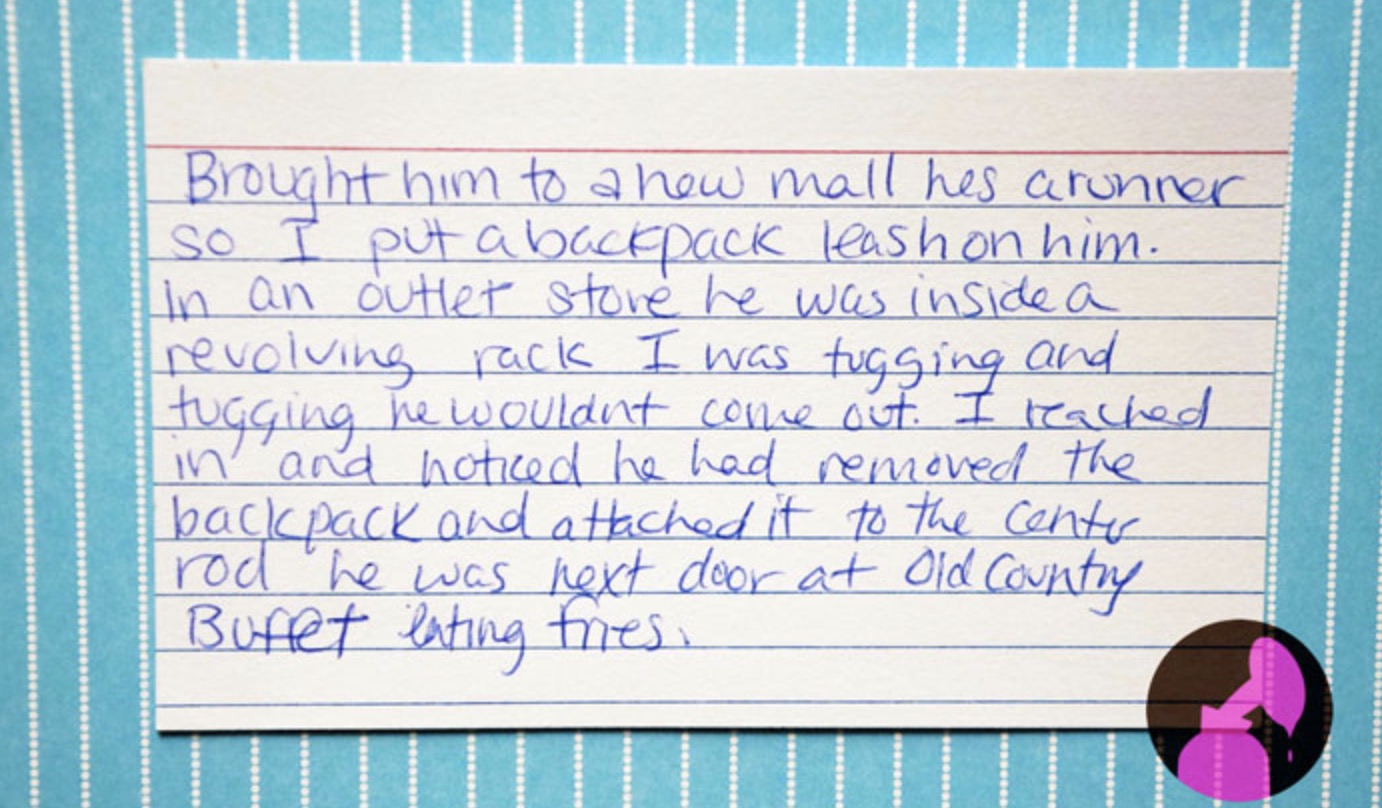 6. He’s going through a phase. And that phase is “serial killer.” 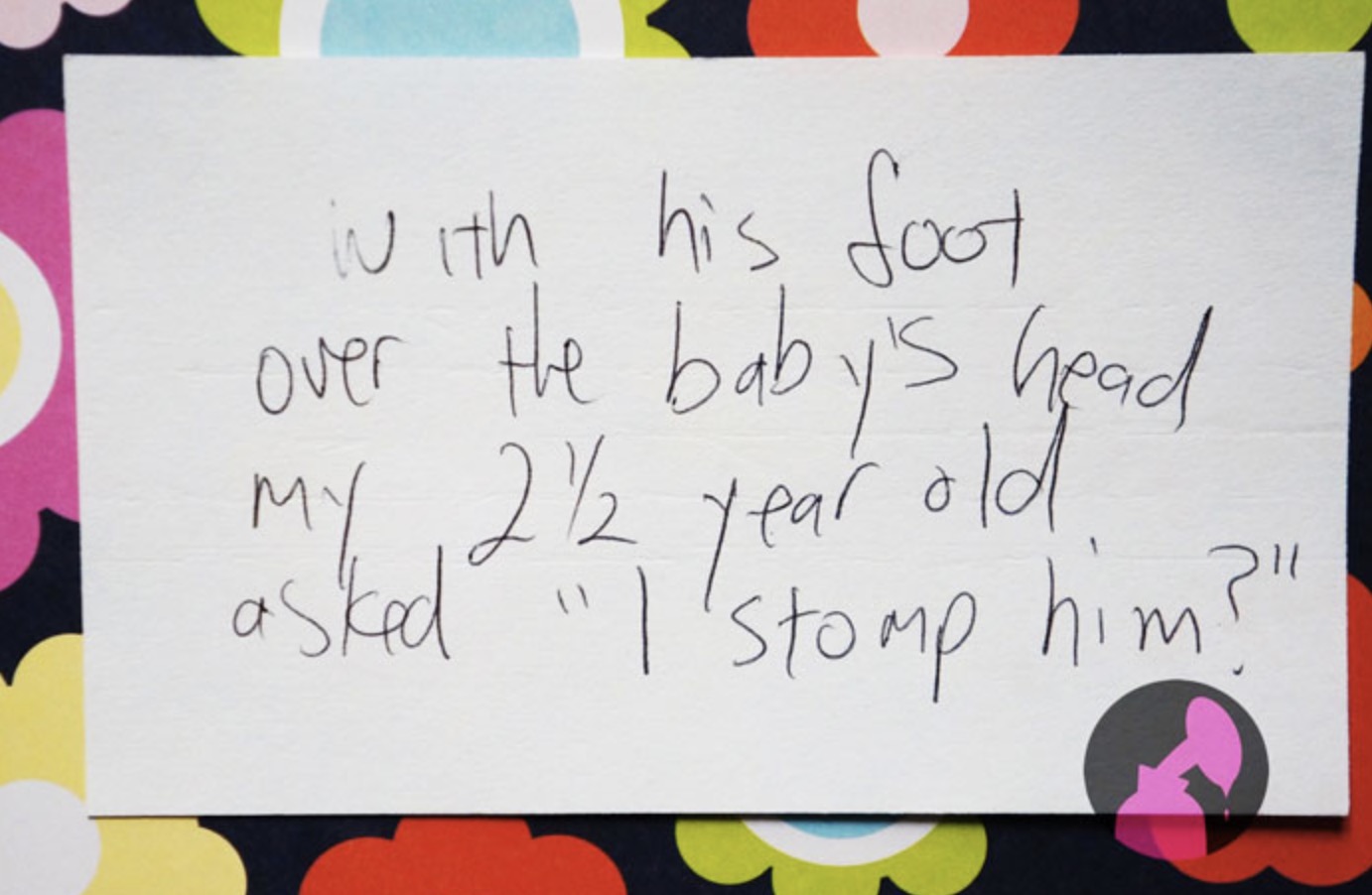 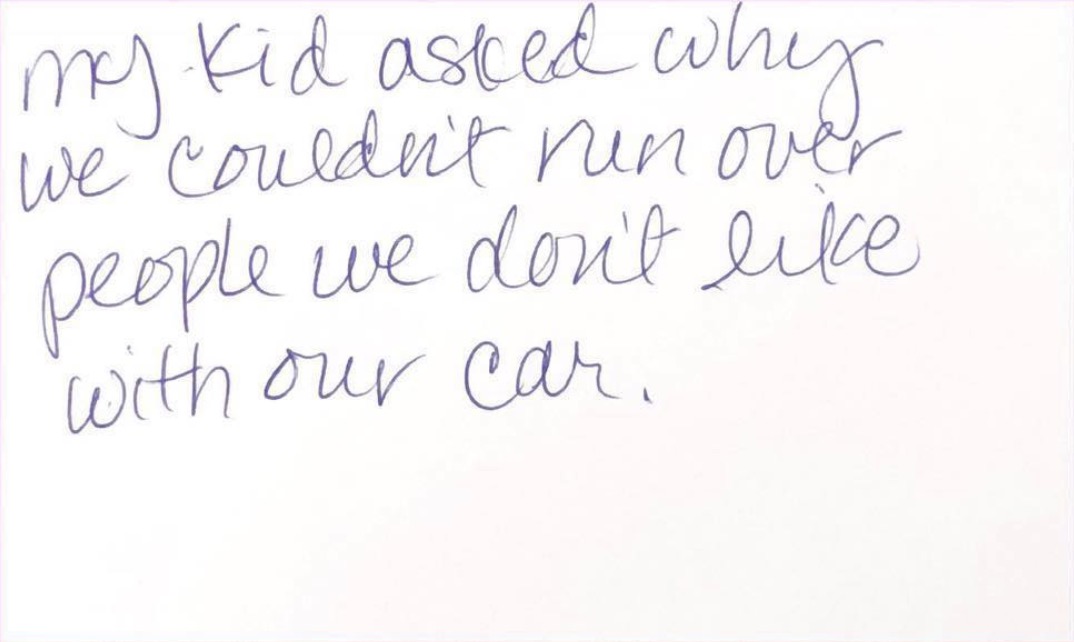 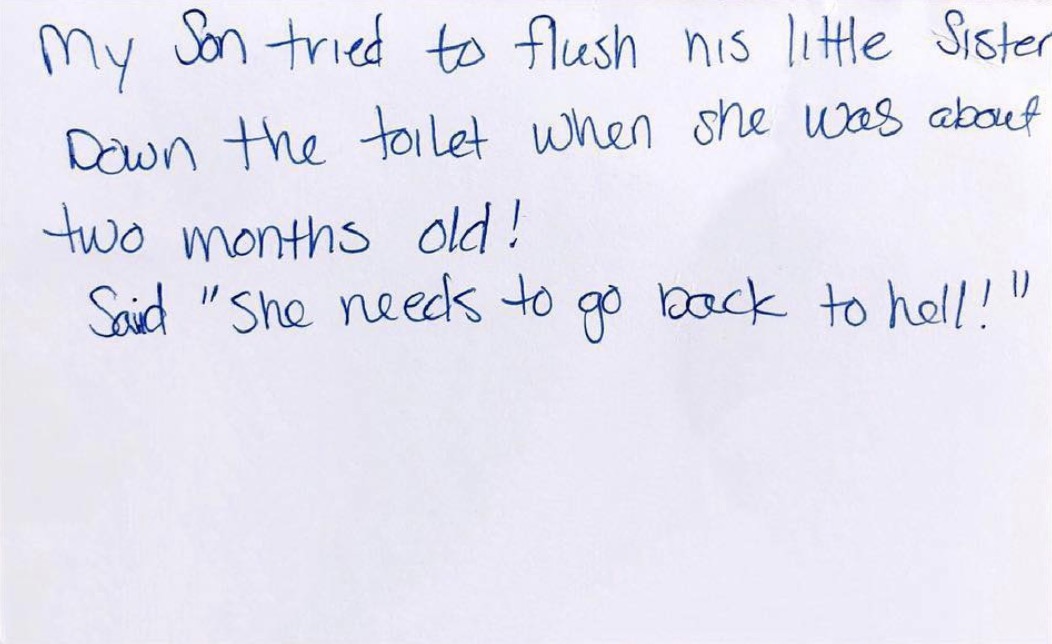 9. He learned it from the dog. 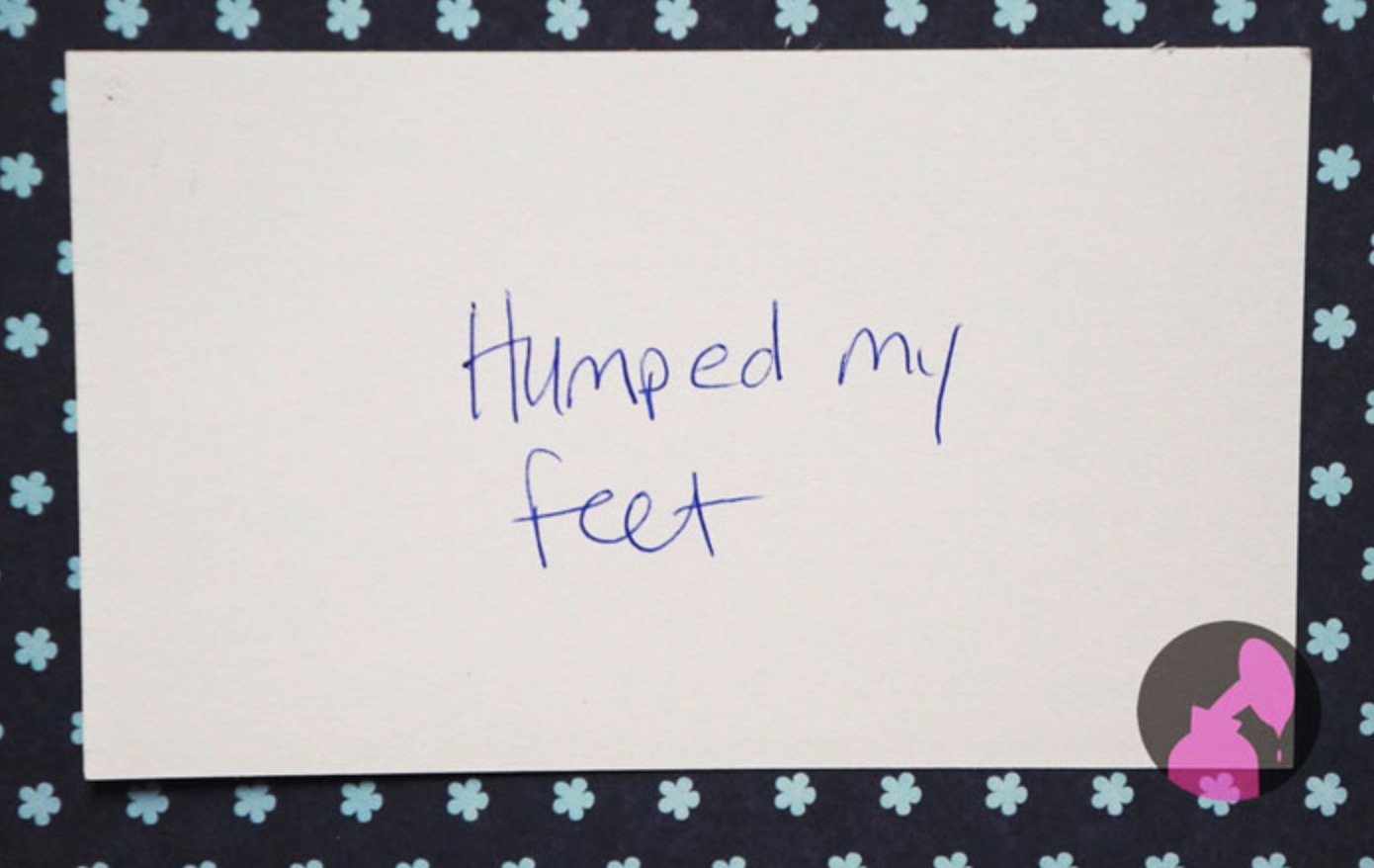 10. If your car keys go missing, I have an idea where they might be. 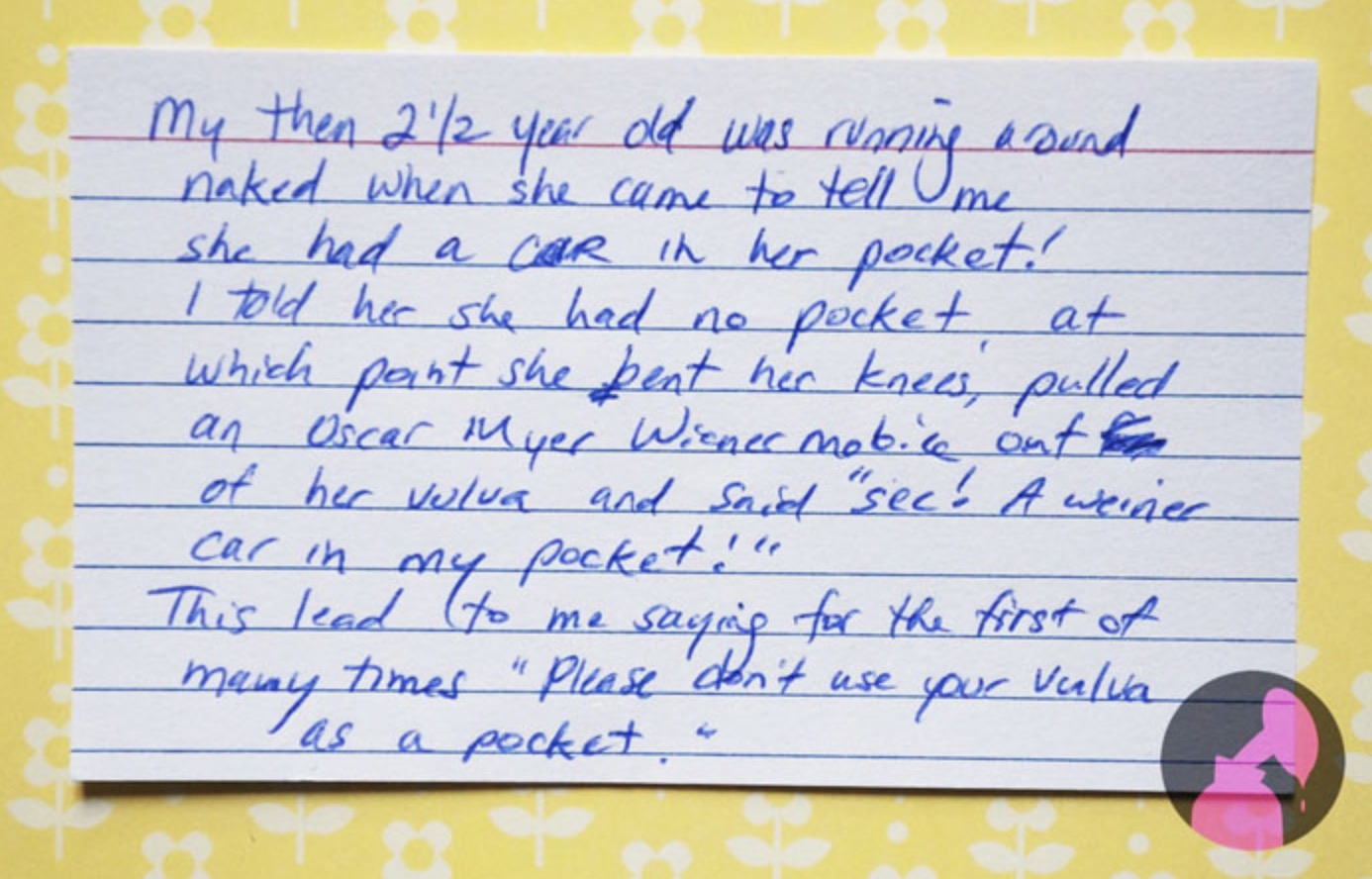 11. Someone had a rough day at preschool. 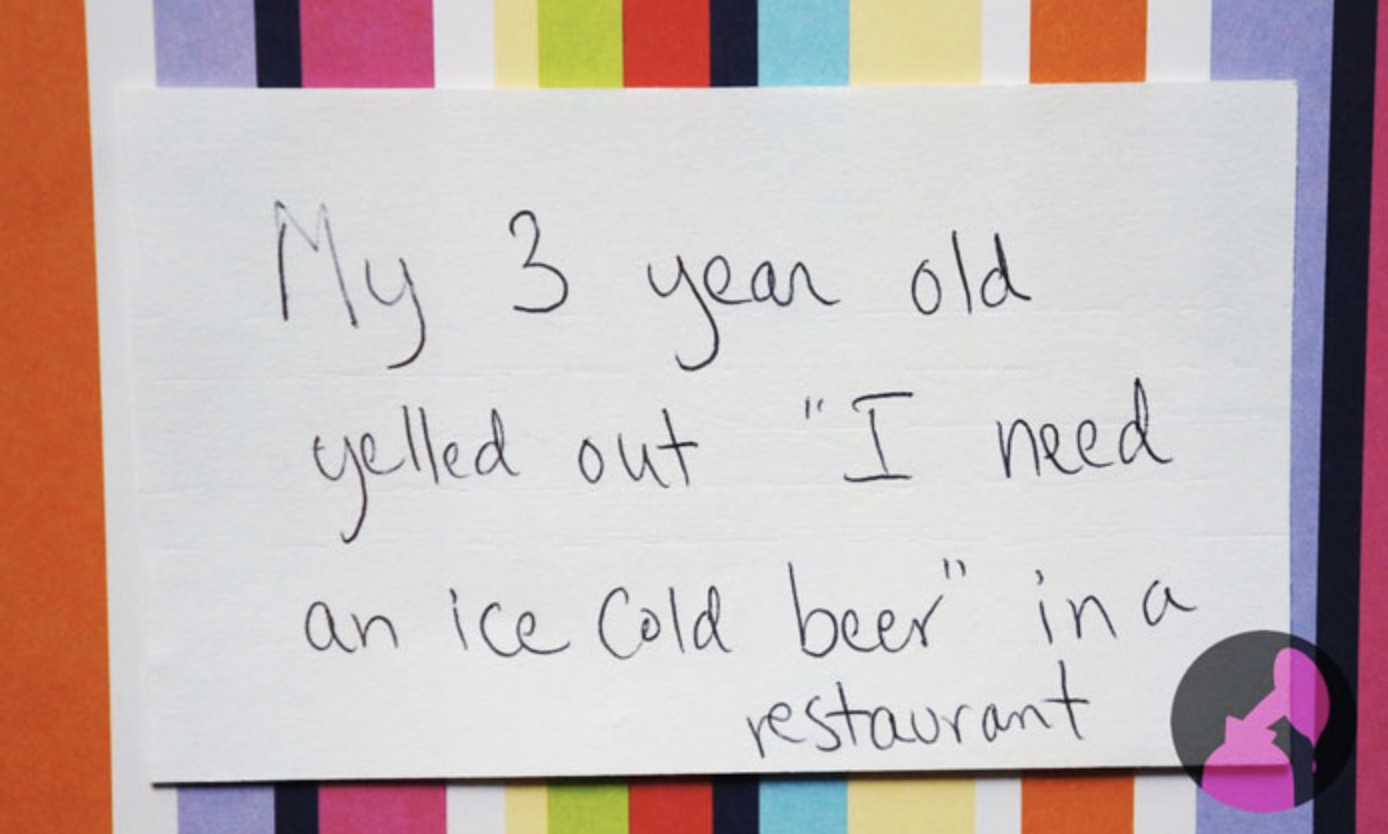 12. She’s so advanced for her age. She’s already mastered blackmail! 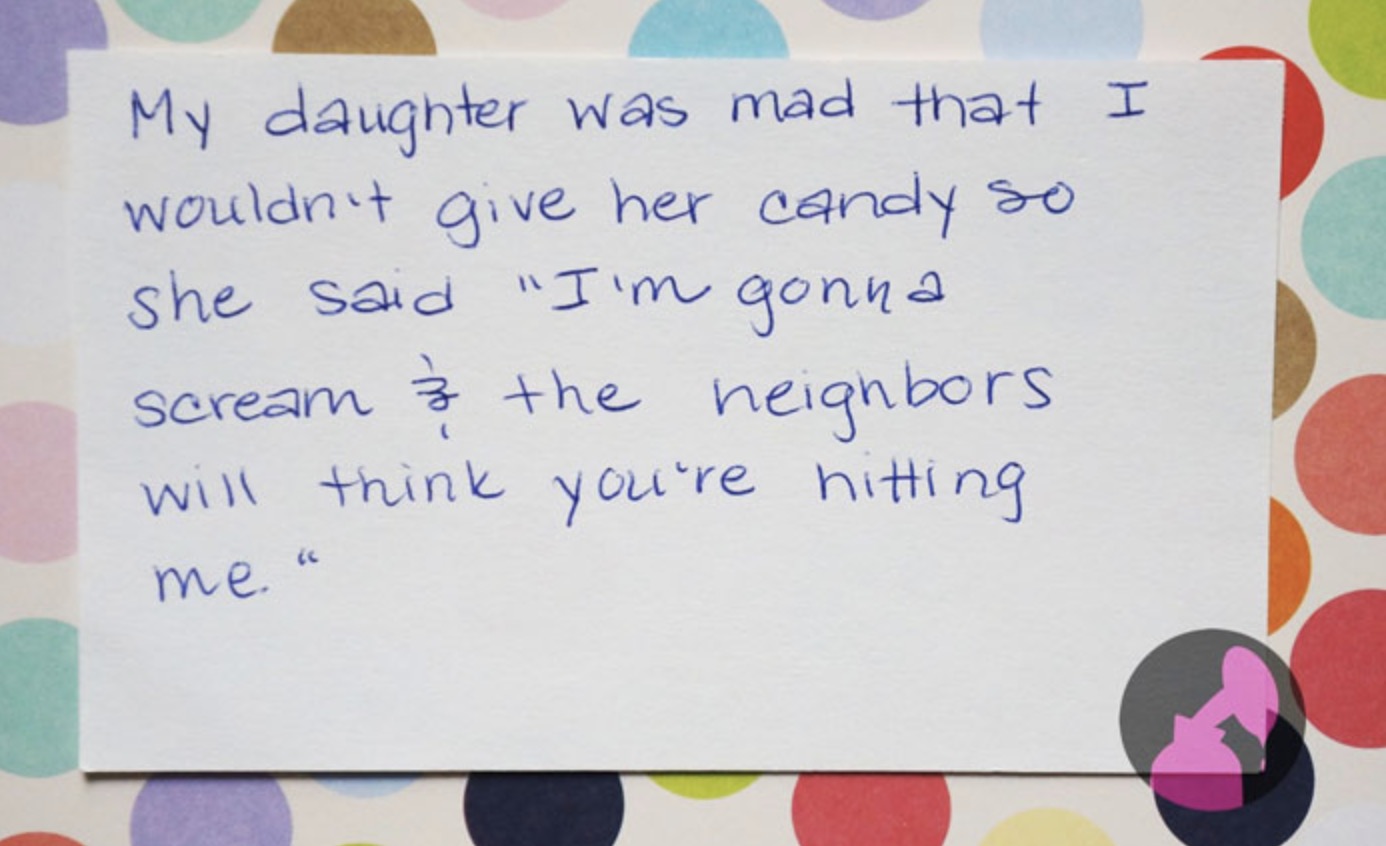 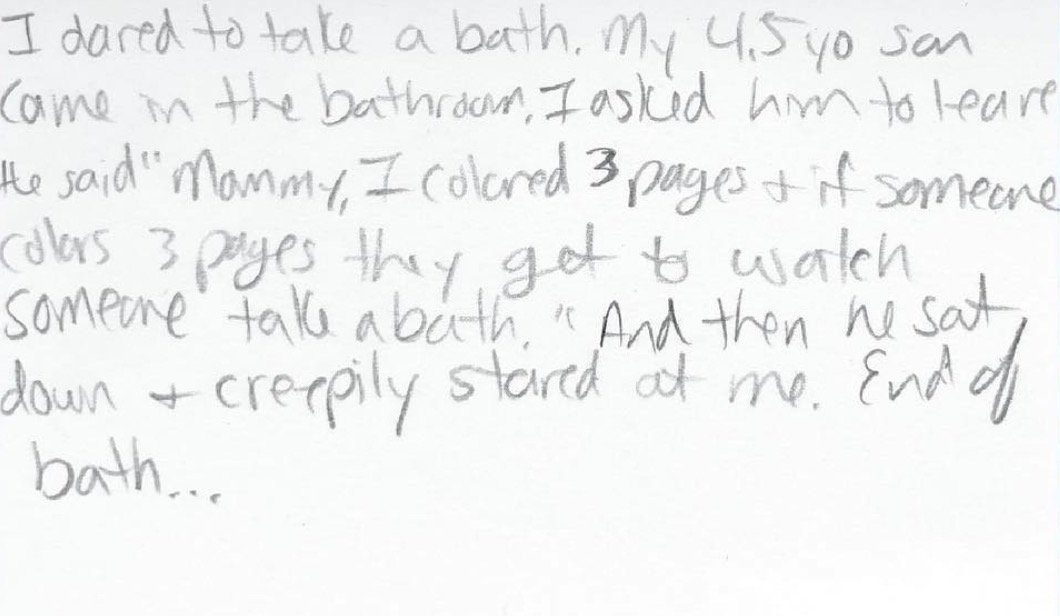 14. If Braveheart was about a toddler. 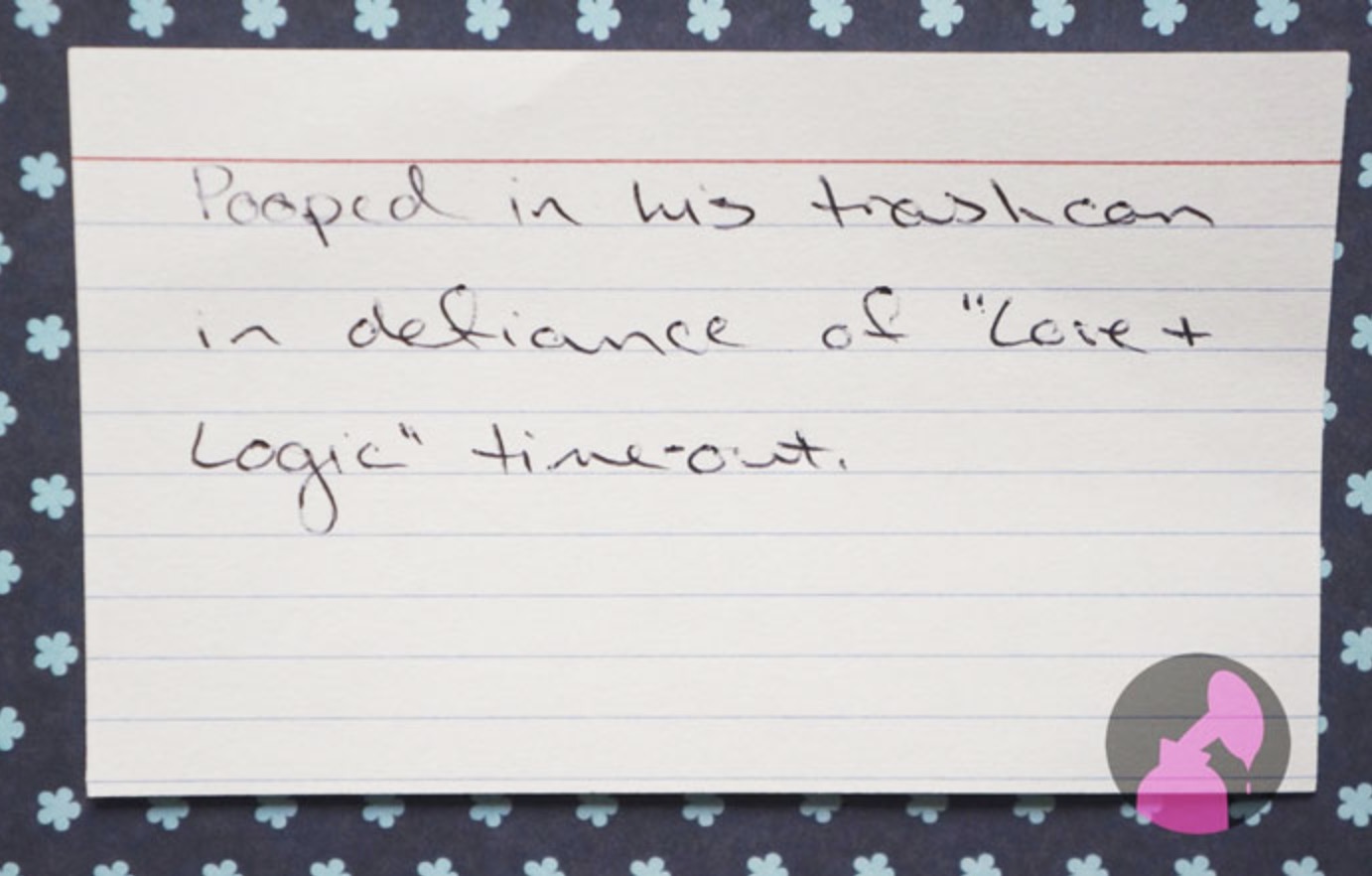 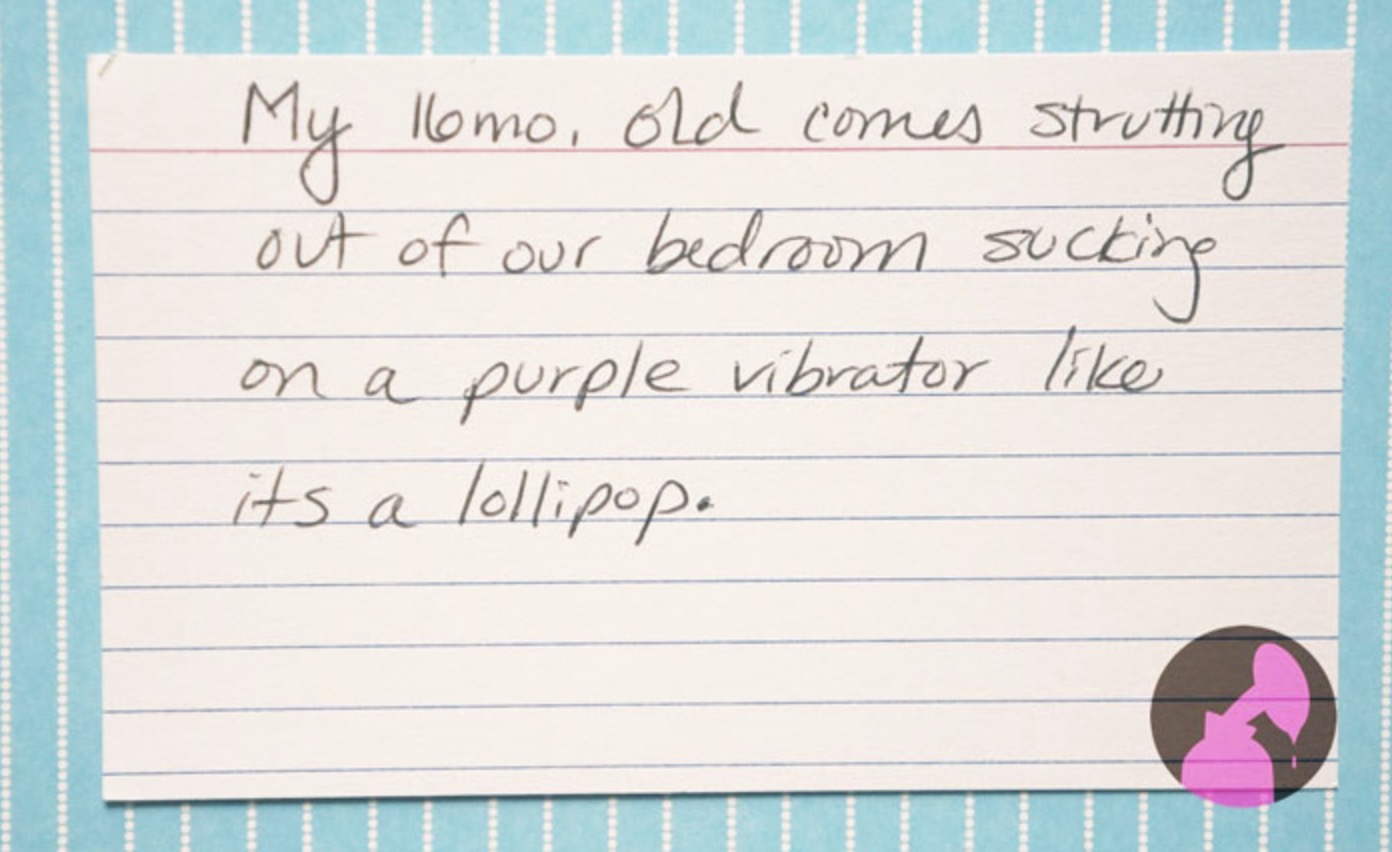