Millennials take a lot of crap from, well…pretty much everyone (even when they’re not really talking about Millennials). As someone who lives on the fringe of this generation (I’m a Xennial), I’ve always been a bit affronted for them – because the world is not what it once was, no matter whether older generations want to believe that’s true or not.

But now that there’s this handy dandy chart basically proving that they’re not just a bunch of whiners, well…maybe people will believe them, even if they’re never going to say they’re sorry.

The charts come as a result of a study done by Axios, and the bottom line is this: even though the median income hasn’t changed since 1977, the cost of literally everything else has risen significantly.

Today’s 30-year-olds, Axios tweeted, are more likely to still be living at home and be saddled with significant college debt than any generation before them. 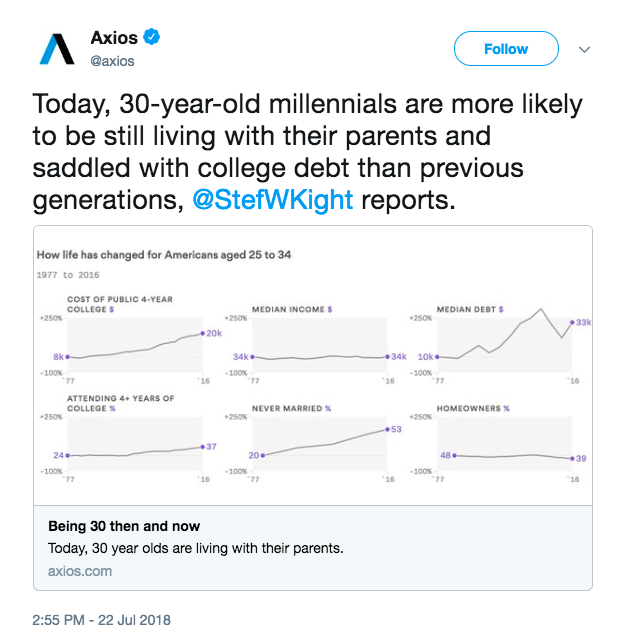 Here are how the rest of the charts break down:

Basically, Millennials are better educated but make less money, and consequently own fewer homes. They’re more in debt. Far fewer of them are getting married, and the birth rate has dropped by almost a whole child per couple.

Even though most people won’t take the study seriously because everyone knows Millennials are just whiners, the truth is that people in this age group don’t need a chart or survey to know they’re not as well off as their parents. 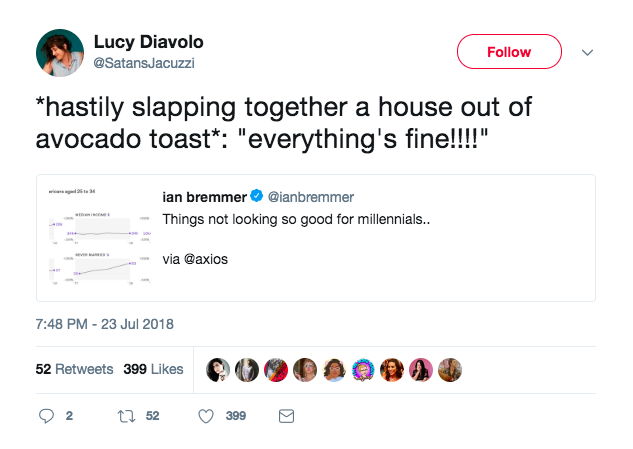 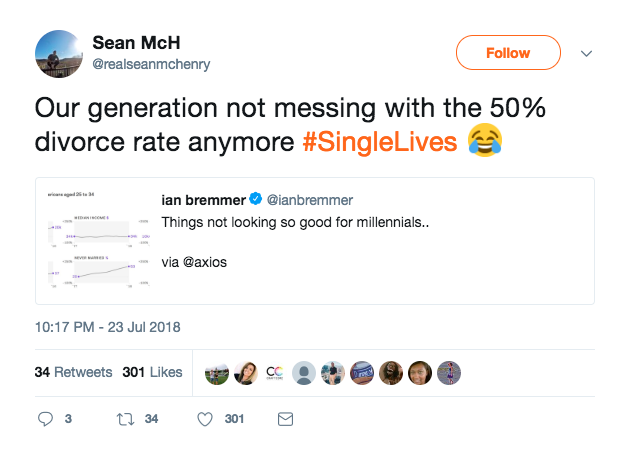 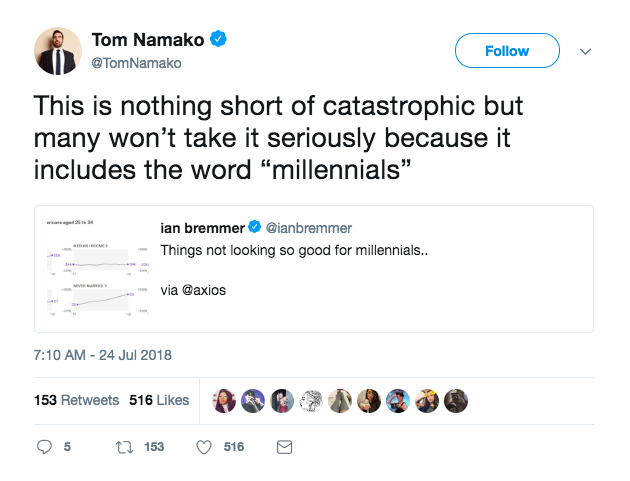 The good (?) news is that Millennials now make up 25% of the voting population, so they do have the power to change the way things are done if they take that responsibility seriously.

So get out there and do your civic duty, people!