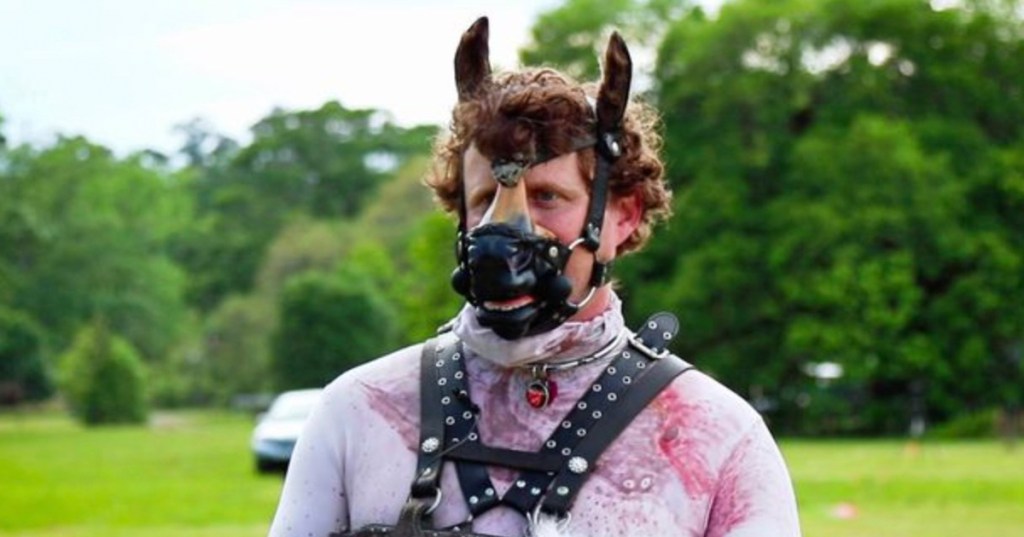 Meet The People Whose Fetish Is Pretending To Be A Pony

From the moment Awkward.com was started way back in 1877, our core mission has been to chronicle the human experience. We believe humanity is a wonderfully rich tapestry, and we want to show you that tapestry in all its glory.

Which is why, today, we’re going to tell you all about a group of people who dress up like horses. Sexy, sexy horses.

But the biggest appeal of pony play is its transformative quality. No matter who you are in real life, once you chomp down on that bit, you can be anyone. 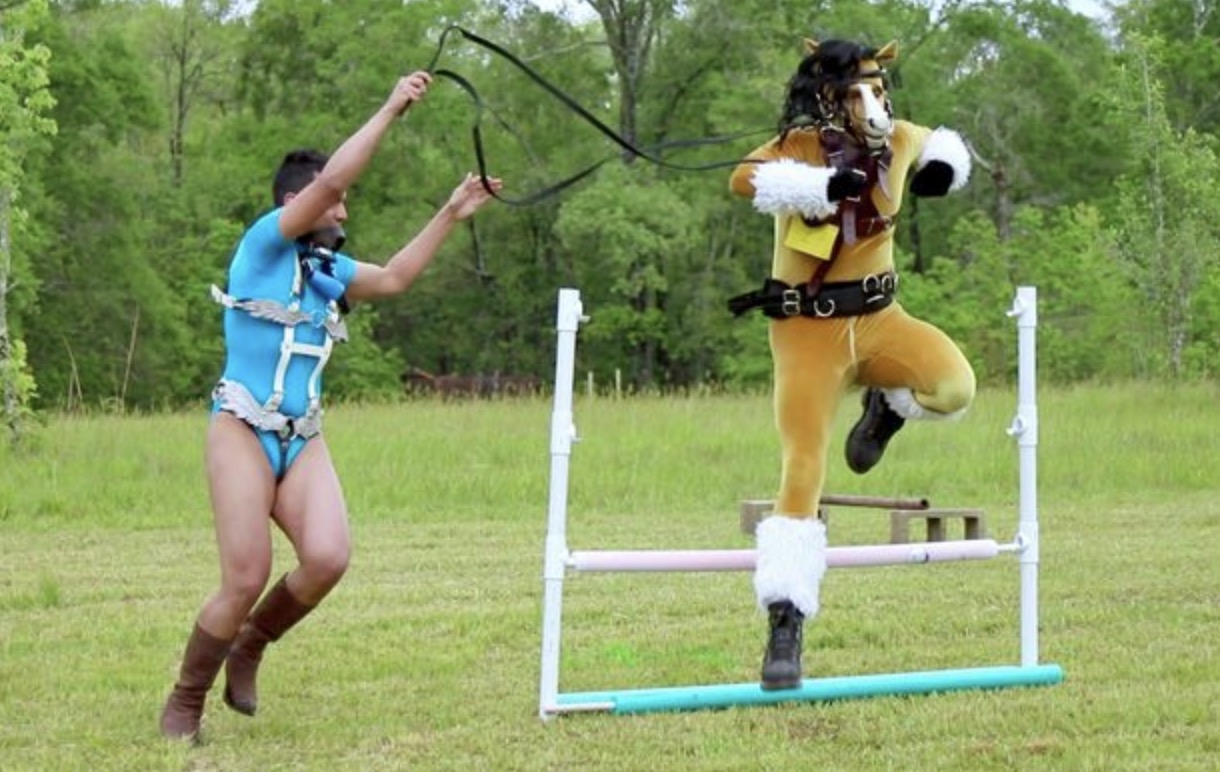 One of the biggest pony play groups in America is Ponies on the Delta, a Louisiana-based organization that a twice yearly event full of camping, competitions, and frolicking.

And it’s not just about sex and camaraderie–pony players take POTD very seriously.

“These events are very competitive – much like how a regular horse show would be,” said one pony player named Joey Warhorse, pictured below in brown. “We end up with crashes, records broken and plenty of slips as people attempt the jumps – the competition gets pretty crazy sometimes.” 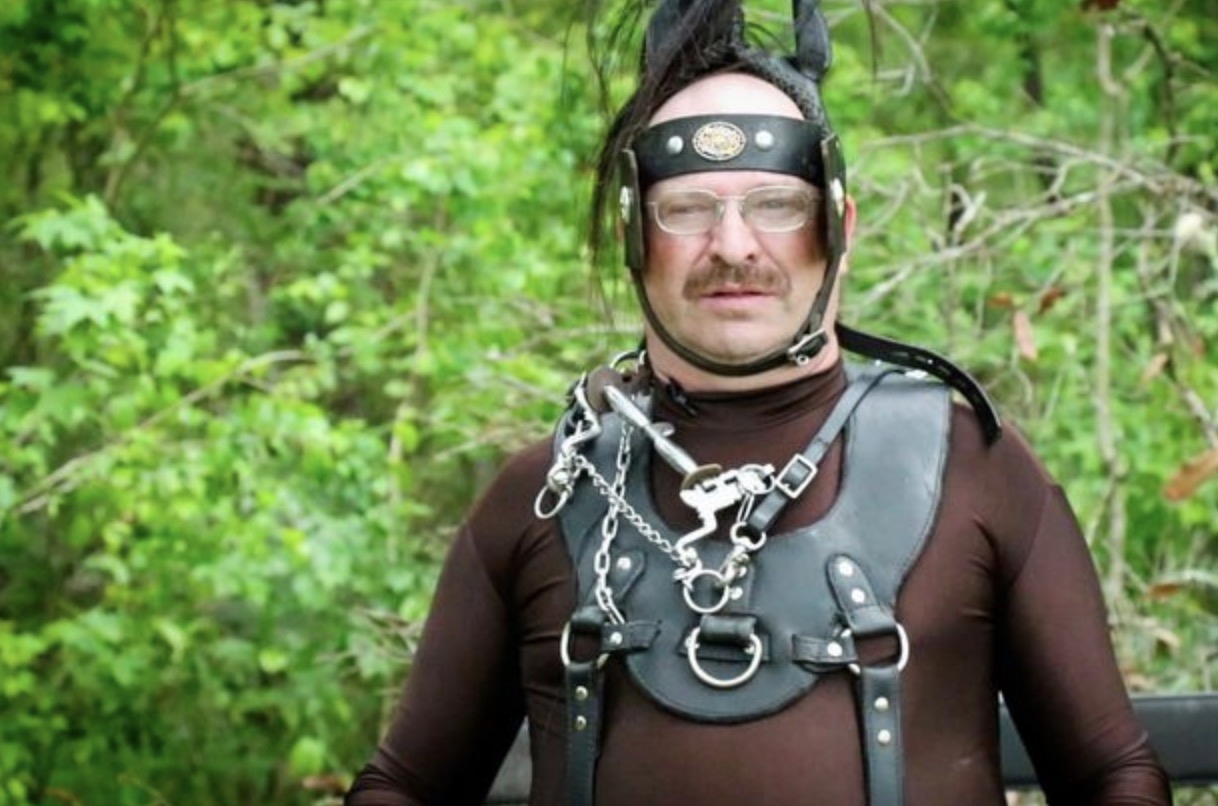 Twice a year, POTD members meet at a campground near New Orleans, where for three days and two nights they let their pony spirits run wild. Events at the 2018 Ponies on the Delta included barrel racing, pole bending, hunter jumping, a blindfolded cart challenge, a dressage course, several classes for ponies and their “trainers,” and a crawfish boil. Clothing is optional. 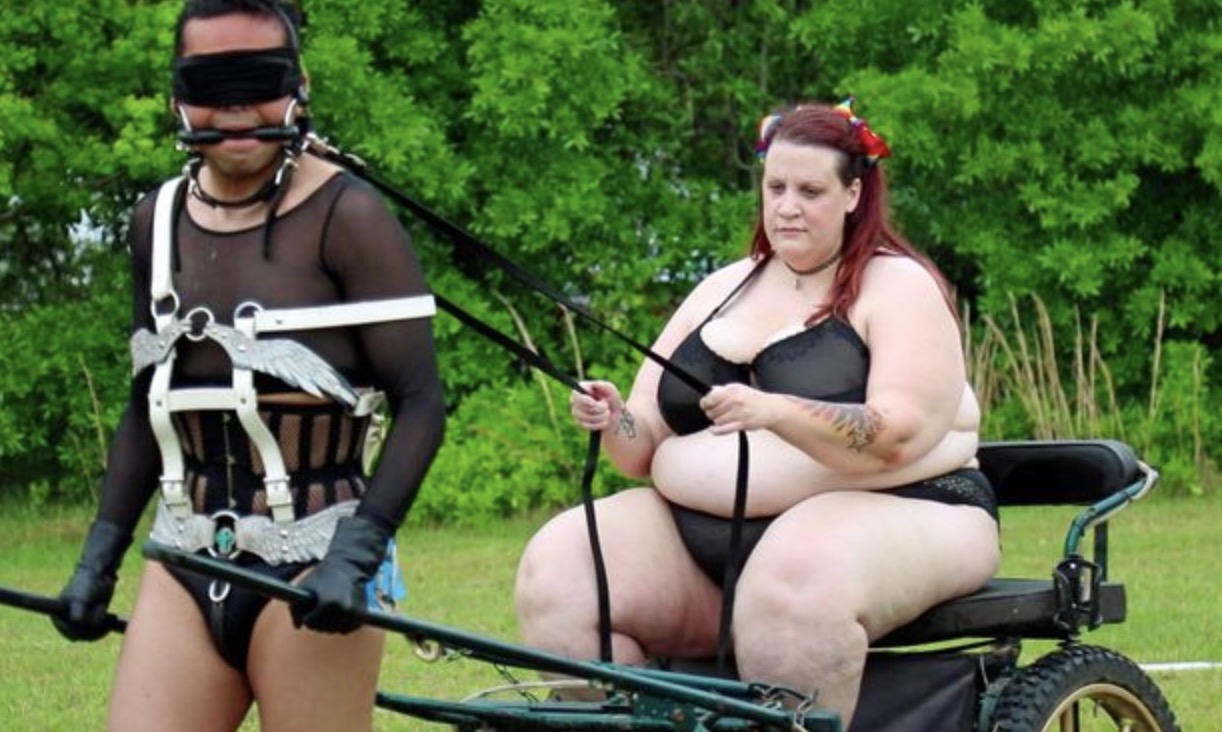 Being a dedicated pony player takes commitment, because horse gear that fits people isn’t sold in most tack and riding supply stores. “Our outfits that we make are based off of bio horse equipment or made from horse equipment that’s been rearranged to fit humans,” explains Joey Warhorse.

“It can get pretty costly, so people are very proud of the outfits they put together.” 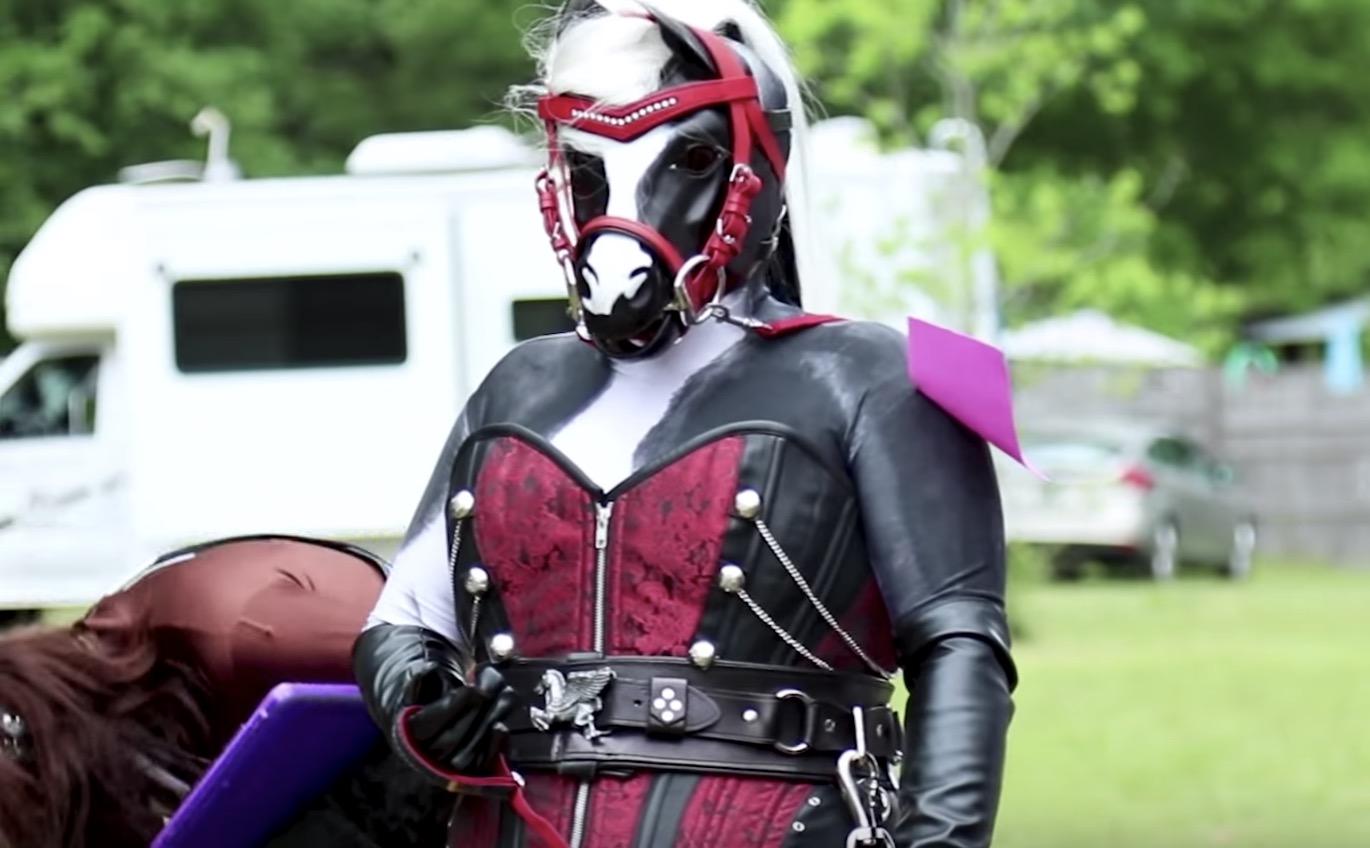 But the gear is also essential for the human-to-horse transformation, says pony playing couple Rayne Storm and Eve Smith, pictured below.

“When I put the bit in his [Rayne’s] mouth, it’s like a ritual between us – he needs that transition to get into the right headspace. I can feel through the bit when he actually changes from a human headspace to a horse’s.” 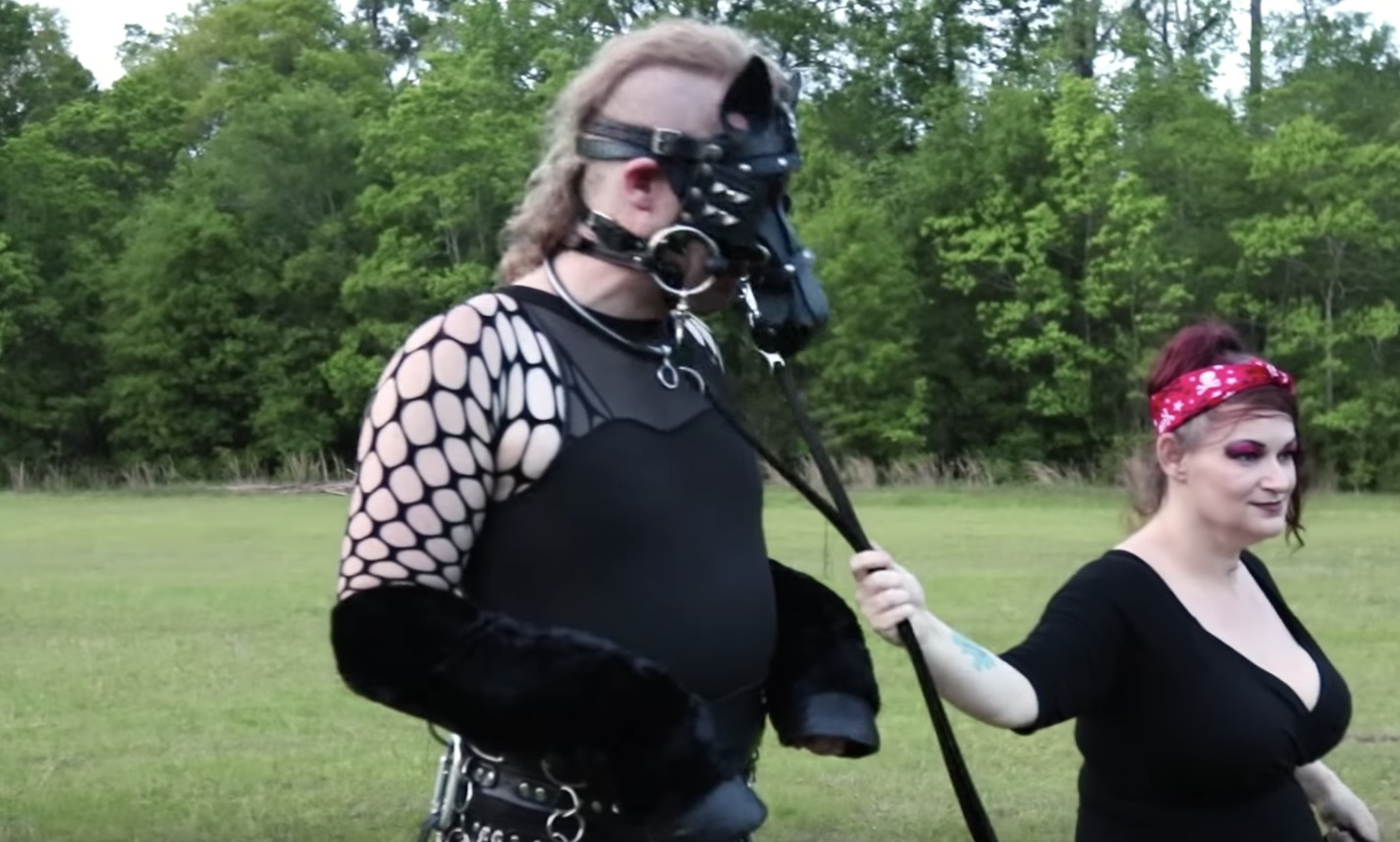 Just like other types of roleplaying, pony players have different horse personalities. Joey Warhorse portrays a mighty steed. Another, named Pony Whinn, is more of a troublemaker.

“When I’m in pony play, I’m pretty free and wild,” Whinn says. “I enjoy kicking the cart and giving my rider a really hard time, so they have to try and get us to obey. I’m free, I run around, I gallop, I jump, I nuzzle – and I get the head-scratches.” 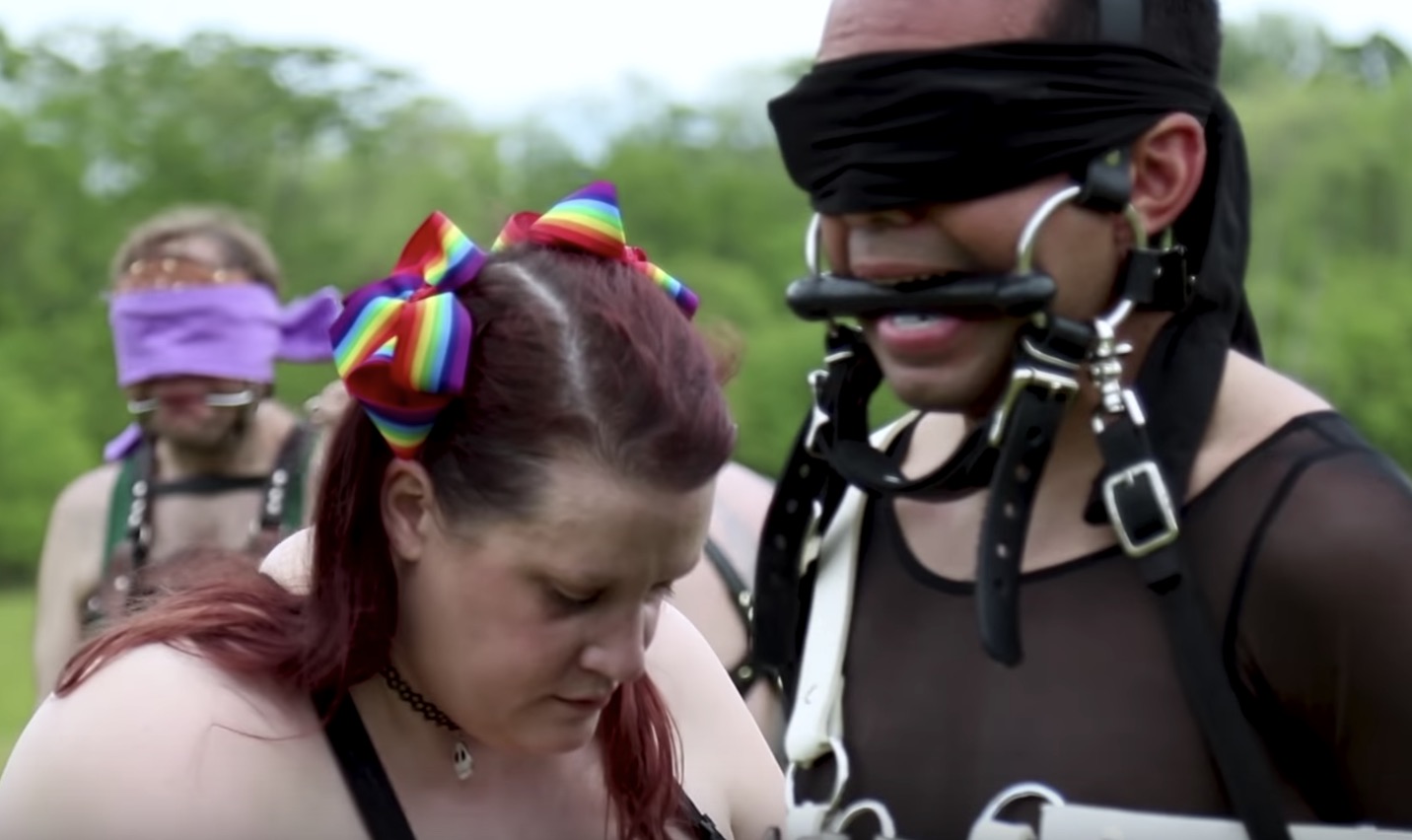 But most of all, pony play is about liberation. As Whinn puts it, “When you get the chance to come out here and enjoy what you’re doing while being around others doing the same thing, it gives you freedom to be weird.”

Keep running free, you beautiful weirdos. And watch out for saddle sores.