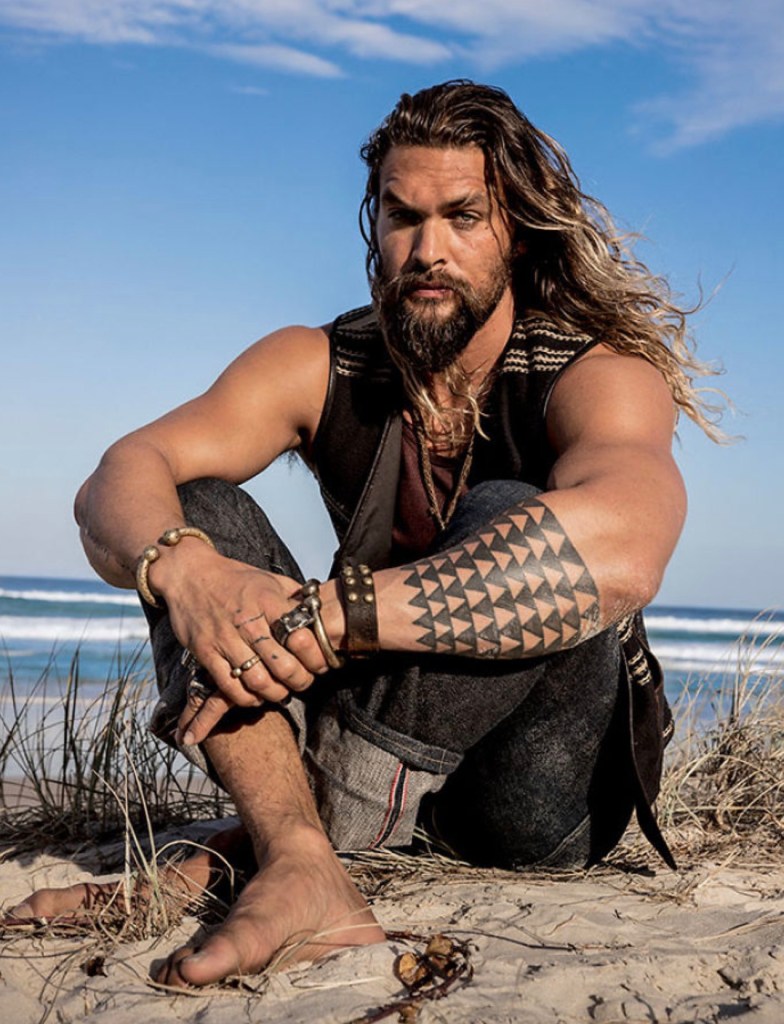 Wife Wanted A Solo Picture With Jason Momoa, So This Was Her Husband’s Response

Over the past seven years, actor and model Jason Momoa has conquered Hollywood. He’s been a working actor since 1999, but his breakout role came in 2011 when he played the badass Dothraki warlord Khal Drogo on Game of Thrones. Since then, he’s dominated the sci-fi/fantasy genre, getting cast in such legendary roles as Aquaman and Conan the Barbarian.

But the roles are only part of the reason why people love him. Even though he’s built like a Viking warrior with rock star hair, the hunky Hawaiian comes off like a nice guy when he’s not performing. He’s funny, he’s a family man, he’s a supportive husband, and he accommodates his fans. 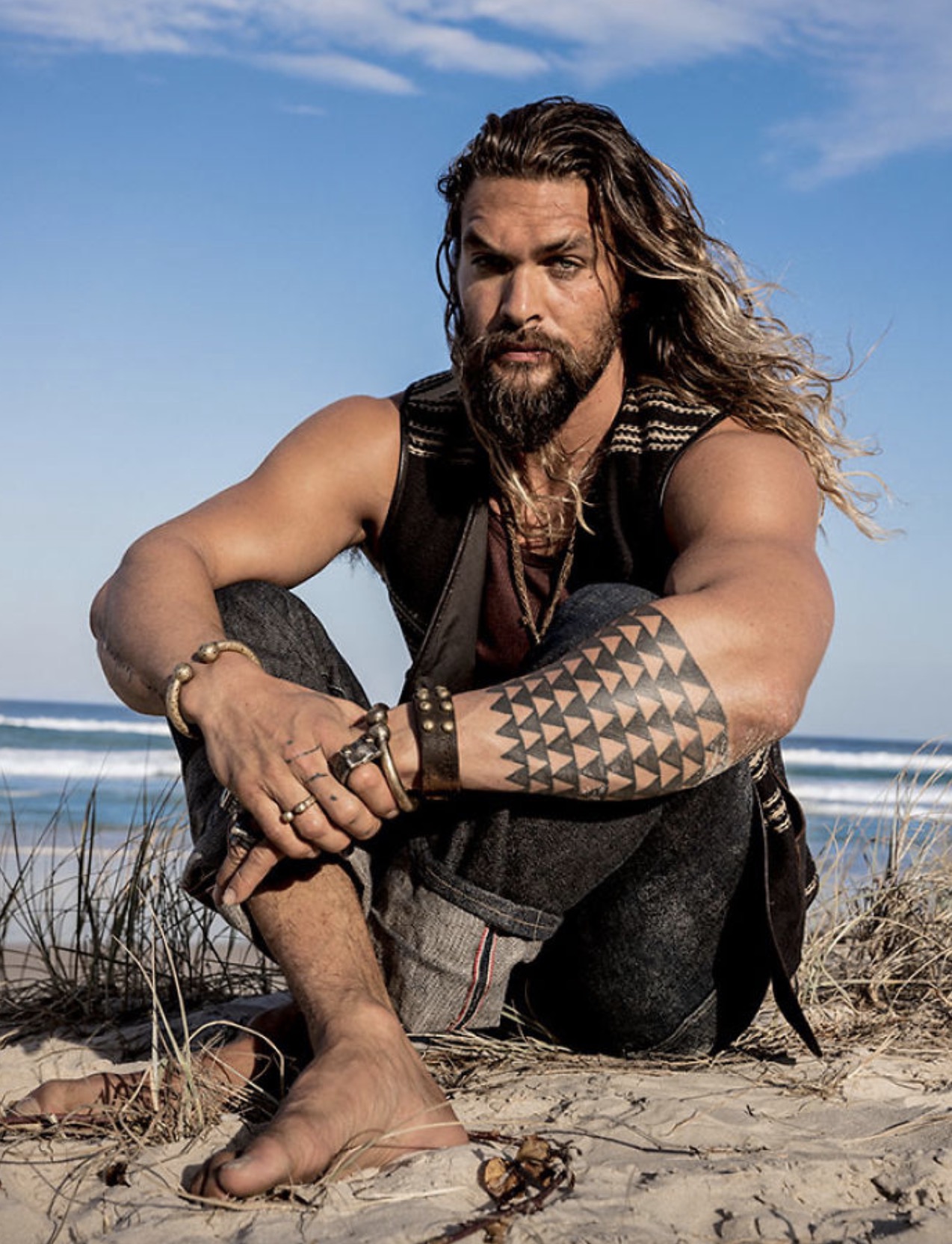 So it’s no surprise when those fans go a little crazy around him, like one couple did at Denver’s Comic Con this past weekend. (Props to Bored Panda for reporting the story.)

The woman, whose name is Liz, and her husband, who chose not to share his name, are a regular fixture at sci-fi conventions. Over the years they’ve racked up several celebrity photos, like this one with Bruce Campbell. 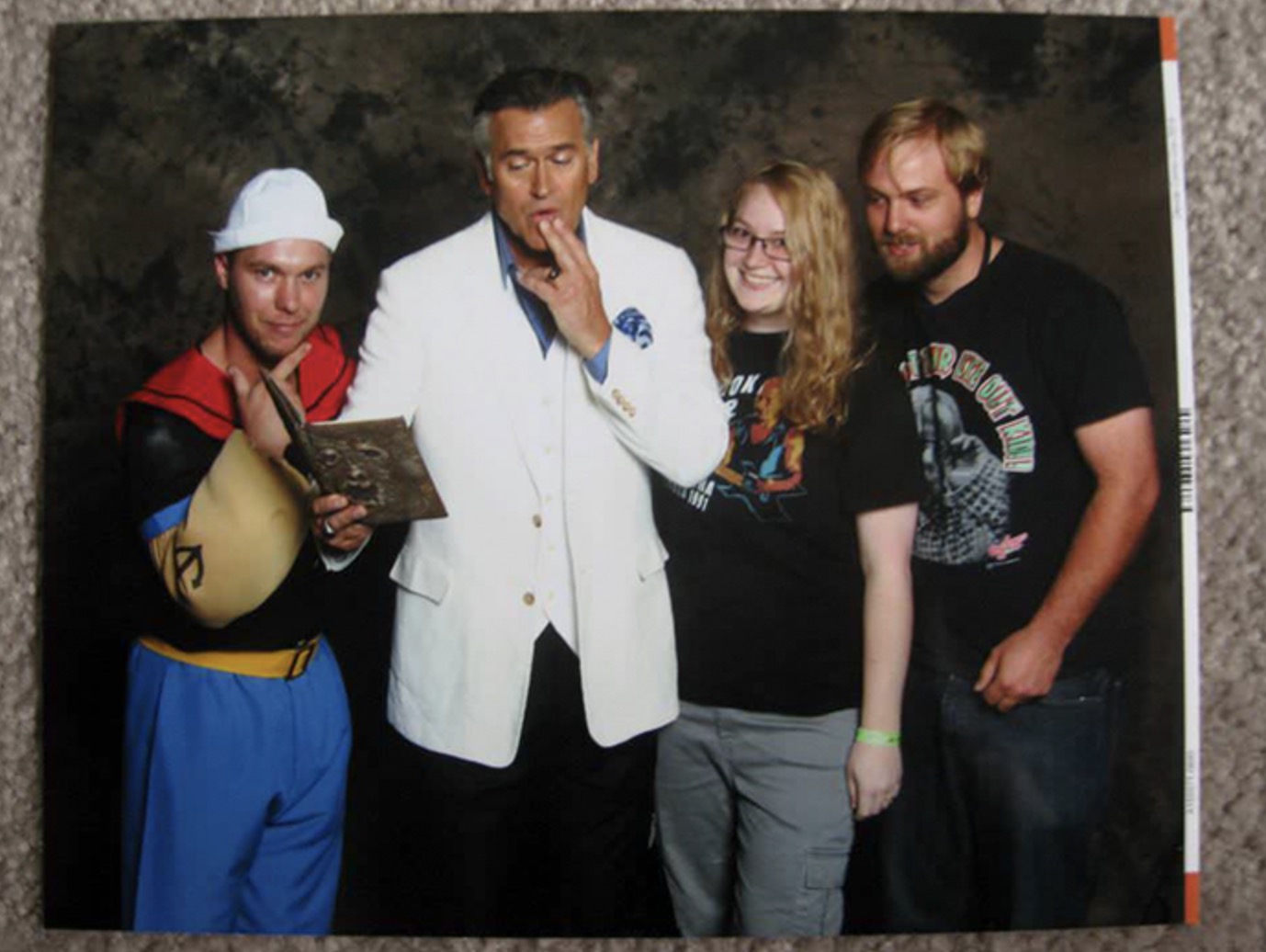 But as far as Liz is concerned, there are celebrities, and then there’s Jason Momoa.

“I wouldn’t say that I have a crush on him,” she told The Huffington Post. “He’s just an extremely attractive human being — as pretty much anyone with working eyeballs can objectively agree.”

Liz wanted a photo with just Momoa, without her husband. And while her husband supports her crush, (since he has working eyeballs, too), he was less thrilled about spending $100 on a photo he wouldn’t be in.

Instead, they compromised. When the time came to take the photo, Liz asked Momoa if he would take a cheesy prom-style photo with her, while her husband stood “Photoshopping distance away.” 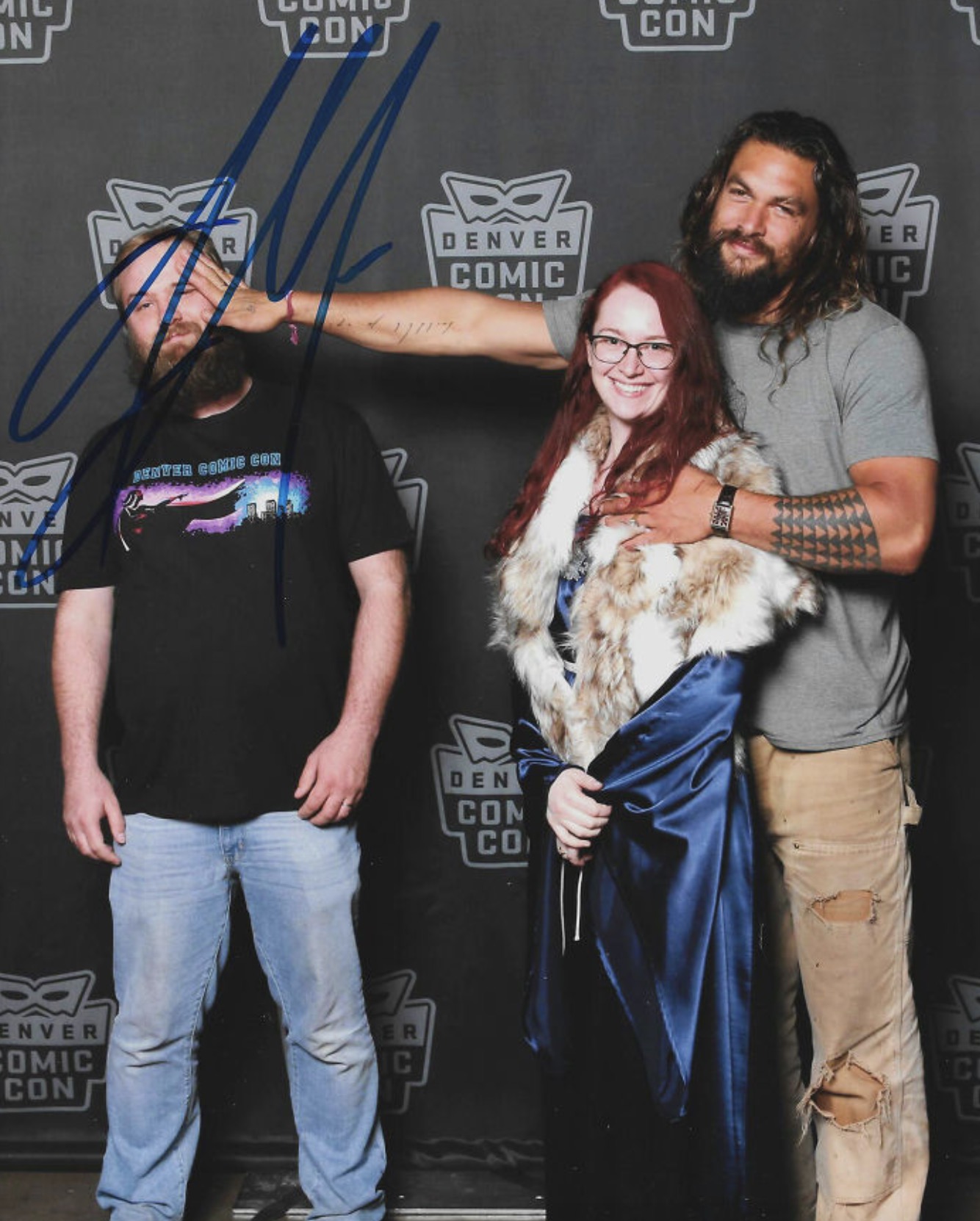 “Before I knew it, the camera flashed, and everyone in the booth around us was laughing,” Liz said. “As we were shuffled toward the exit, I heard Jason call out, ‘My man, that’s going to be the best one!’ It wasn’t until I saw the printout of the shot that I even realized Jason had done some improvising of his own.” 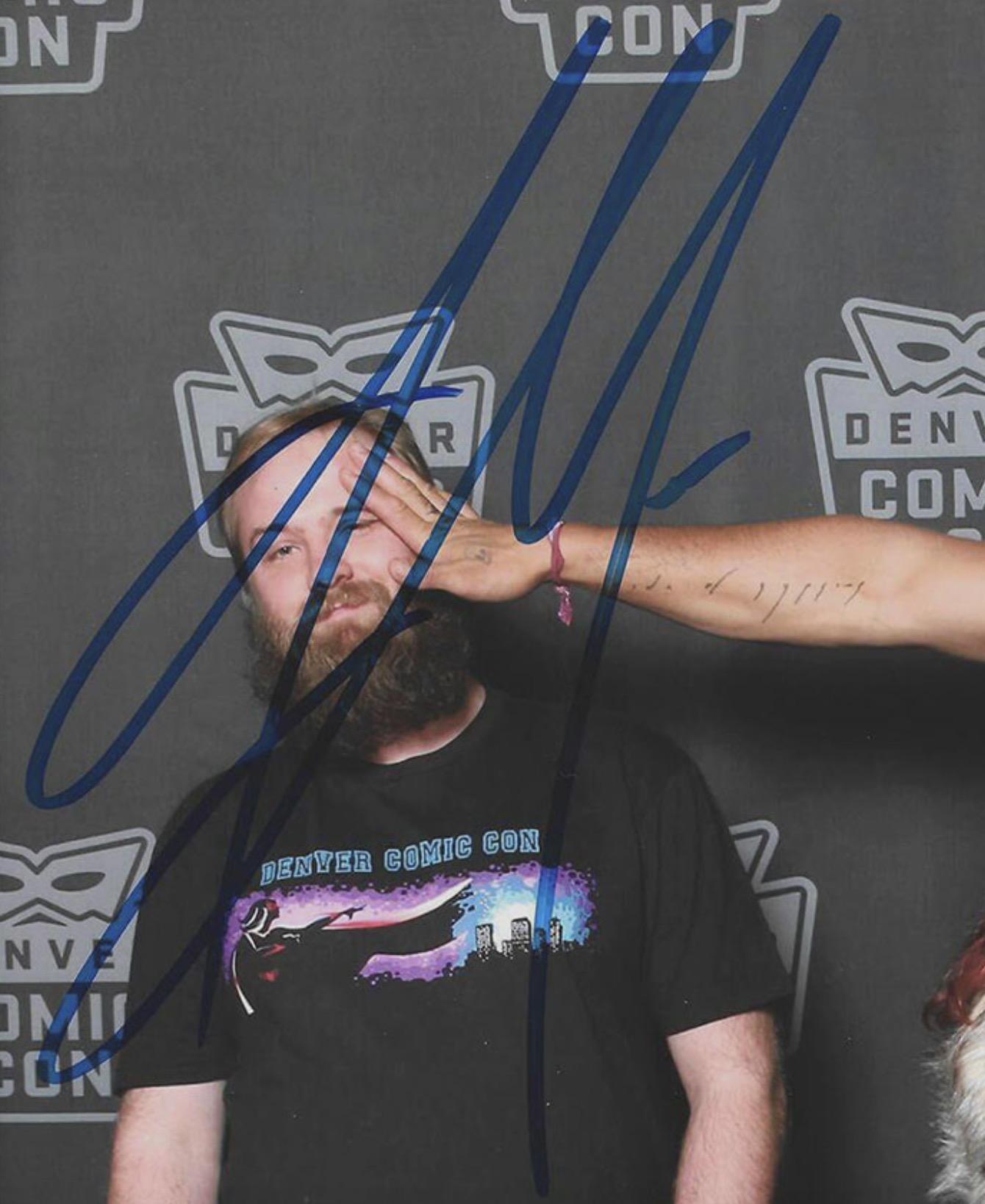 Naturally, the photo blew up the Internet, and thousands of people have liked, shared, and commented about it. A couple folks didn’t realize the photo was staged and took it seriously, (don’t be like them!), but most people saw a bit of themselves in Liz.

While some imagined things from Liz’s husband’s perspective. (Hint: it’s not much different.)

Others shared stories about their own friendly run-ins with Momoa.

Jason Momoa should be an example for anyone who becomes famous. Sometimes all it takes to make a fan’s day, (or life), is thirty seconds and a sense of humor. When you add that with his looks, talents, and physique, it’s clear he’s worth the thirst.